Casa Rubalcaba is a rehabilitation project carried out by Carlos de Riaño Lozano, and it is located in Rubalcaba, Cantabria, Spain.

The home is surrounded by postcard-style rolling hills, and the exterior reflects its rustic origins by the use of rough rock to create its facade. 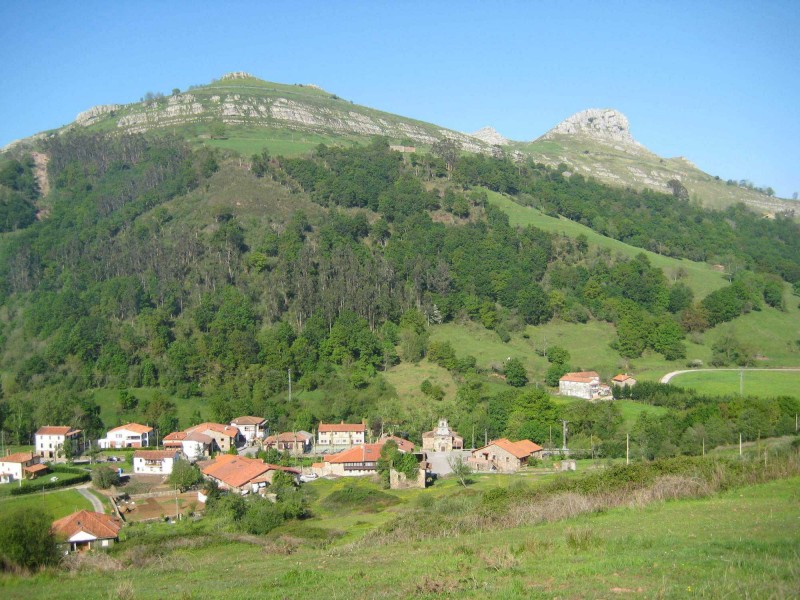 “This plot is located in the Rubalcaba district of Liérganes and faces what was once the ancient “Camino Real” that ran parallel to what is now San Roque de Riomiera road.

One of the façades overlooks an open space which, by all appearances, was probably a square before the aforementioned road detached and sunk the magnificent chapel of Santa María La Blanca. It is a typically mountainous rural setting, quite distorted by the misguided intervention in the nearby buildings. Within a short distance of the town was this casona or large house, which belonged to the Rubalcabas in ancient times, and which is in the same district as the famous cross, chapel, mill and bridge over the River Miera. According to historical records and the foundations of at least two casonas that have been discovered, the district appears to have been more densely populated between the 17th and 19th centuries.

Several solutions were considered for this client, from the construction of a new one- or two-storey house on the slope of the hill to the restoration of the dilapidated building.

Approximately 120 years old, the house is of no artistic value, but it has the dignity of the anonymous and popular architecture that is so sought after today. It is also etched in the memories of many generations and its demolition, therefore, would have altered the landscape even more. It was for this reason that it was eventually decided to maintain and restore it.

However, the design we had in mind could not be accommodated in the interior. It worked perfectly well as a main building, but two pavilions had to be added to cater to the client’s needs. Therefore, a pavilion was built on either side of the main building: one, with a square plan and two floors, to house the garage and a library, and another, with a rectangular plan and two storeys, to accommodate the utilities, a wine cellar and the guestrooms. The slope of the terrain half buries these volumes which are arranged like natural platforms and open directly onto the back garden – via the guest pavilion in the first case – and via the sun terrace/bridge in the case of the main building.

The idea of extending the volume of the main building was dismissed in favour of adding two extensions with separate uses and compositions but connected by bridges so as to have less of an impact on the rural surroundings. The result is a small complex in keeping with traditional mountain architecture. The house is accessed from the street via a walled yard around the old building and the garage/library pavilion. A covered space between the two affords the visitor a magnificent view of the “Peña Pelada” mountain before entering the house.”

Linear House by Studio B Architects

One Comment to Casa Rubalcaba by Carlos de Riaño Lozano