Mayfair House by Squire and Partners 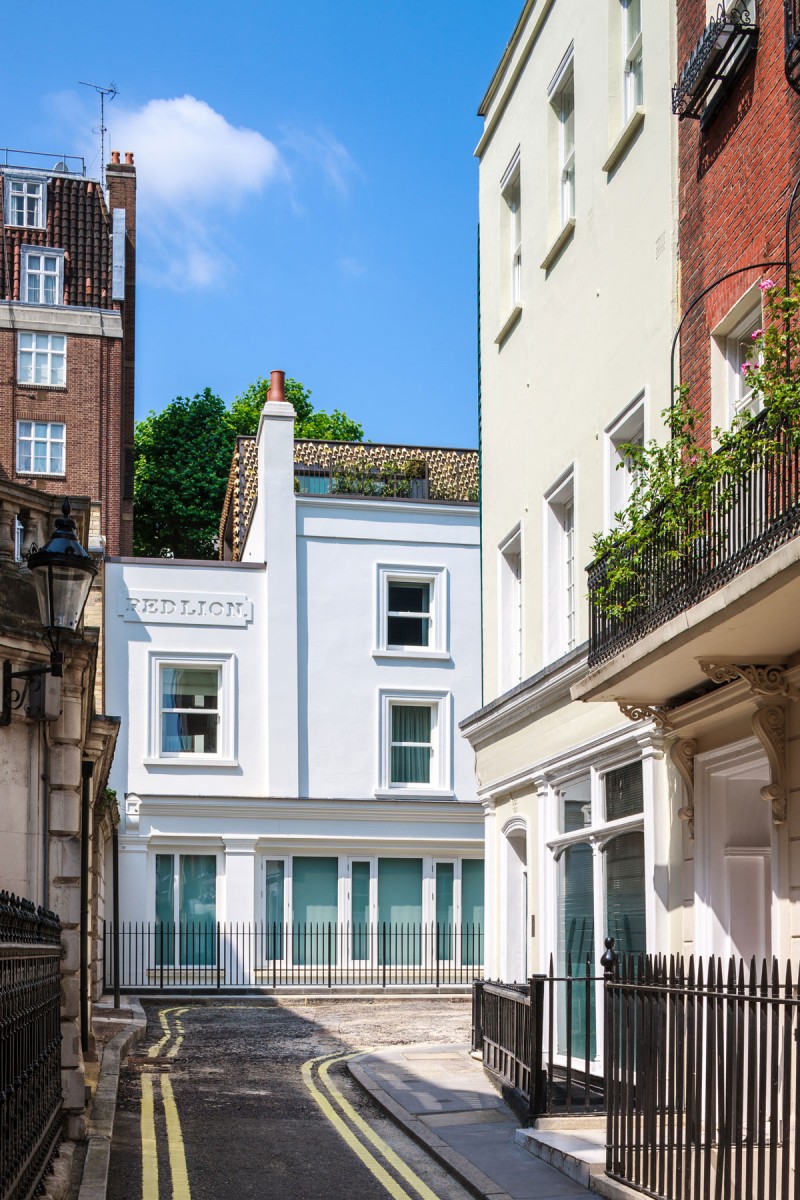 Mayfair House by Squire and Partners:

“Squire and Partners approached their commission to design a private house as a crafted building, sensitive to its Mayfair Conservation Area context but with a unique contemporary presence. Sited at a junction of streets and views, and being physically linked to a listed Georgian wall at the termination of Chesterfield Mews facing Curzon Street, the building responds to a variety of contexts and viewpoints.

Construction involved sandwiching the retained façade between two steel frames which was then suspended while piling and construction of the lower ground floor took place. This floor then became a platform from which excavation of the two basement floors and construction of the concrete frame above could happen simultaneously, speeding up the weather tightness of the site and fast-tracking the programme.

The middle part of the building is set back from the restored listed wall on Chesterfield Gardens to create a lightwell drawing daylight into the central spaces, and features a playful bespoke leaf façade. The façade of this element takes inspiration from a facing building on Curzon Street, mirroring an established Virginia Creeper with a contemporary interpretation of leaves expressed as a metallic shingle.

At the centre of the c-shaped building internally, a grand double height space gives views into the lightwell which features a living wall planted with a variety of native plants. Social spaces are located off the main double height volume, with the gymnasium, cinema and swimming pool situated in the two basement floors. Bedrooms are organised on the upper two levels, above which sits the stunning leaf- clad rooftop pavilion.”