It was finished in 2012, and it is located in Binningen, Switzerland. 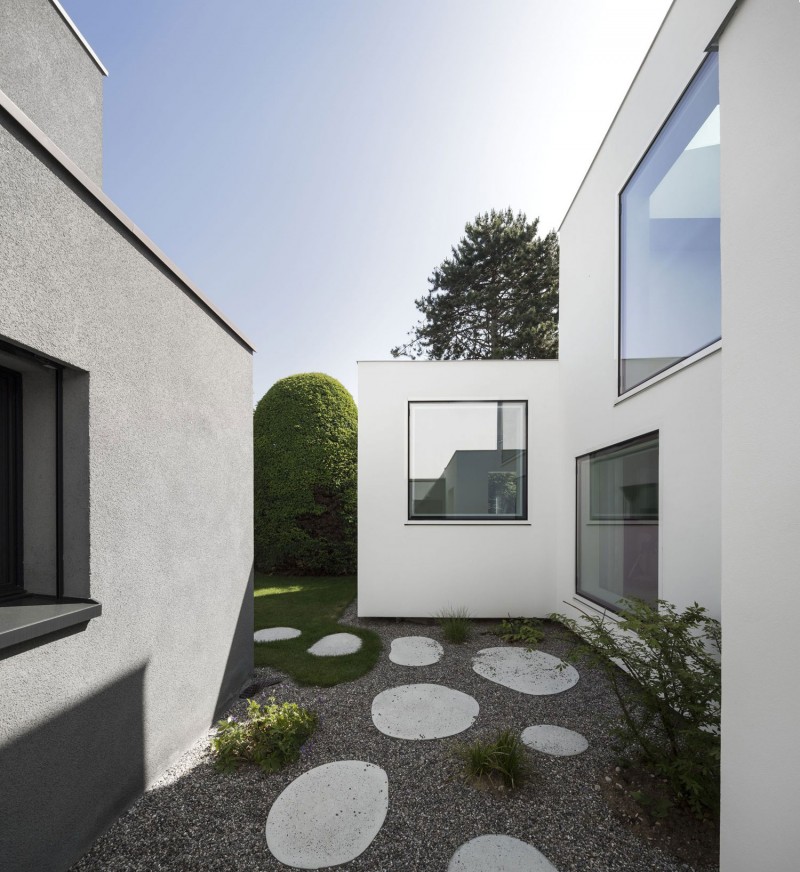 “The former building – originally built in 1951 – had been extended, converted and renovated several times over the past years. As a consequence, it presented itself as an accumulation of heterogeneous rooms and styles.

In discussions with the new owner we developed the idea of reducing the building to both its original size and primary qualities. The dismantling of all the old additional elements called for a controlled addition of new expansions. These new volumes were clustered at the western side of the plot, touching the old building only in one place. While the old building had been freed from any disturbing elements and thus restored to its classic elegance, the new cubes present a composition of simple and plastically reduced volumes. The cubes, according to their different position, spacing and size, create fascinating passageway- and patio-situations with the old building.

To the south-western side of the plot we removed the former winter garden. In its place we constructed a generous, open garden pavilion which works well as mediating element between old building, pool area and the garden.”

Haus am Steinberg by HoG Architektur

One Comment to Haus von Arx by Haberstroh Schneider