Once a 19th-century train depot, Depot House is a rehabilitated home completed by Gray Organschi Architecture.

It is located in rural Connecticut, and makes use of the original rubble foundation to create a home that is elegant and modern while still retaining a sense of its historical past. 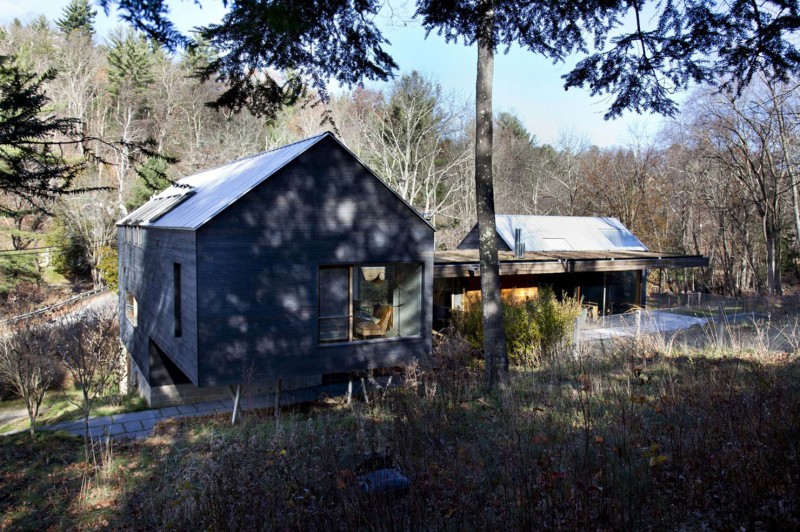 “The Shepaug River Valley Railroad, which ran along the Bantam River in the late 19th century, stopped at this location, once the site of a tiny local train depot. We saved and reinforced the existing 19th century rubble foundation, using it as the base for this new house. Two simple gable structures, oriented perpendicularly to each other, create space for a large open plan between them and refer, through their forms, to neighboring barns and to the region’s agricultural heritage. The house interior is lined with bleached pine; kitchen, dining, living and family rooms overlap each other and create a rich series of spatial experiences that accommodate relaxed weekend living. The living spaces open onto a lap pool which is edged in stone-lined gabion baskets and is surrounded by a cedar deck. Outdoor spaces provide views across the meadow to the Bantam River.”