This elegant apartment is located in Parque das Nações, in Lisbon, Portugal.

It was designed by Nuno Ladeiro. 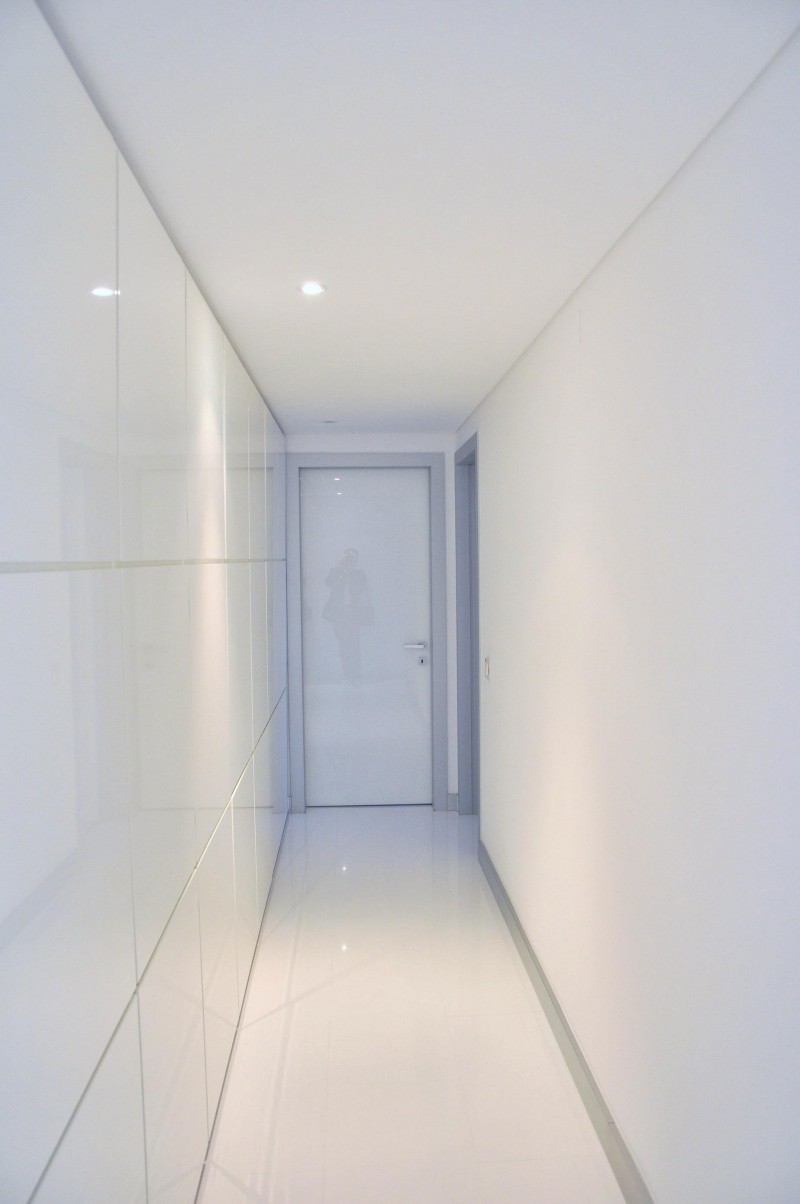 “The intervention was focused primarily on the interior architecture and on the adaptation of the space to the wishes and needs of the residents, who wanted a minimal environment distinguish with objects of excellence. The existing parts were valued and contextualized. The owners already had most of the furniture and decorative objects. They are collectors of works of art, not by its value or authors, but they choose according to their personal taste and what it represents at the sentimental level. Most objects are related to travel. Therefore, we seek to rehabilitate and enhance the apartment and, at the same time, adapting it to the memories and to the existing furniture.

The Duplex has a good solar exposure and the monochrome environment makes the space sober and comfortable. To break down the excess of luminosity, the walls opposed to the windows were covered with black “Cimento Di Luna”. Everything else was white and bright. The living room was separated from the dining room with a sliding door of large dimensions. More than a door, it was created a mobile wall.

The kitchen, small has it was, didn’t suffer profound modifications. The walls and the floors were as well covered with “microcimento”. The furniture was also renovated.

The most significant changes occurred on the second floor. The stairs to access this floor were completely redesigned, as well as the corridor that gives access to the rooms. In the couple’s suit, a more sophisticated environment was created, with space for a closet and another bathroom, whose walls were coated by Carrara marble and new sanitary ceramics. There was a special focus on the timelessness and on the resistance of the materials, on objects that are aging but do not go out of style.

From a conceptual and formal point of view, the interior of the apartment embraced a contemporary style in which predominates the geometric line and light and dark shades, as well as the record of memory.”