This stylish apartment, Queens Gate, is located in London, England, and was designed by TG-Studio in 2013.

The interior has an easy elegance, owed in large part to the subtle combinations of colors used to create a relaxed environment. 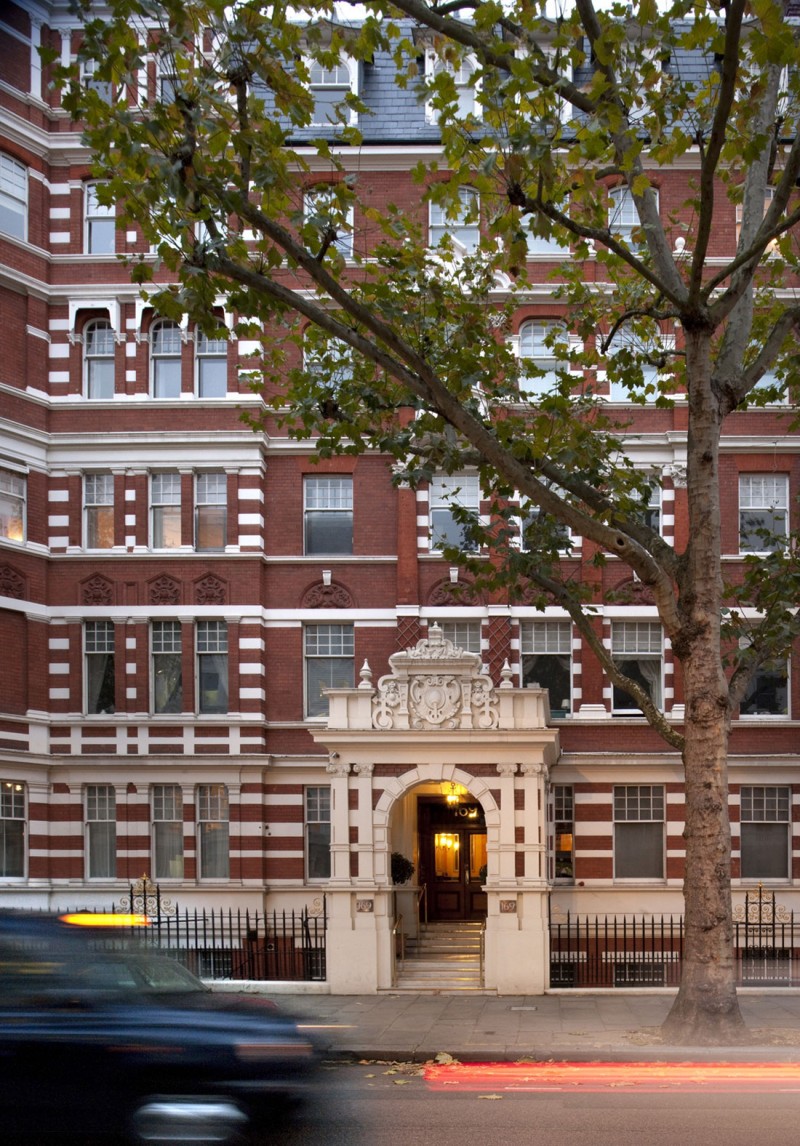 “TG-Studio was appointed to join two separate apartments on the 2nd floor of a magnificent mansion block in central London bordering Hyde Park. The building was built in 1880; it is constructed out of brick with grand turn of the century decorations. The two separate apartments consisted of a 3 bed and a 2 bed, and feature high ceilings. Neither apartment had been renovated for over 40 years. TG-Studio won the commission by suggesting a complete change of layout which involved moving entertainment areas to the front part of the buildings and connecting 3 major rooms.

In addition four bedrooms all with en suites were carved out of the rest of the apartment. The guest WC and loads of practical storage space along a newly formed corridor became the spine of the newly formed larger unit.

The apartments were completely stripped to expose the concrete floor and ceiling and the structural solution to open the front of the building was worked out. The apartment features underfloor heating throughout covered by Schotten and Hansen wood flooring and is equipped with a Lutron lighting control system and a Sonas AV system. The master bathroom is finished in grey marble slabs and Schotten and Hansen wood panelling. Throughout we have used Dornbracht fittings in the bathrooms. The kitchen has been planned, manufactured and installed by Bulthaup, who were a treat to work with.

The owners of this apartment are international; both are Lebanese and travel between Africa and London. The brief was for a modern but earthy look that would work in this classical building. The owner runs high quality furniture shops in Africa and with her, we at TG Studio furnished the apartment when the building works were completed.

The master bedroom features bespoke wardrobes made by the contractors; Paul Christopher Building Ltd, with matt grey doors and oak interior. TG-Studio designed a cantilevered bookshelf for the client made in oak and metal. The bed is from Poliform (ARCA), the rug is from The Rug Company (Cityscape) and the desk is from LEMA; , the leather covered chair is from Knoll. The living room features a bespoke rug from Jacaranda, rmchairs from Cassina, a sofa from Flexform and a table from Africa. All window treatments are from Edge Interiors.”

Apartment in Lisbon by Ark.studio