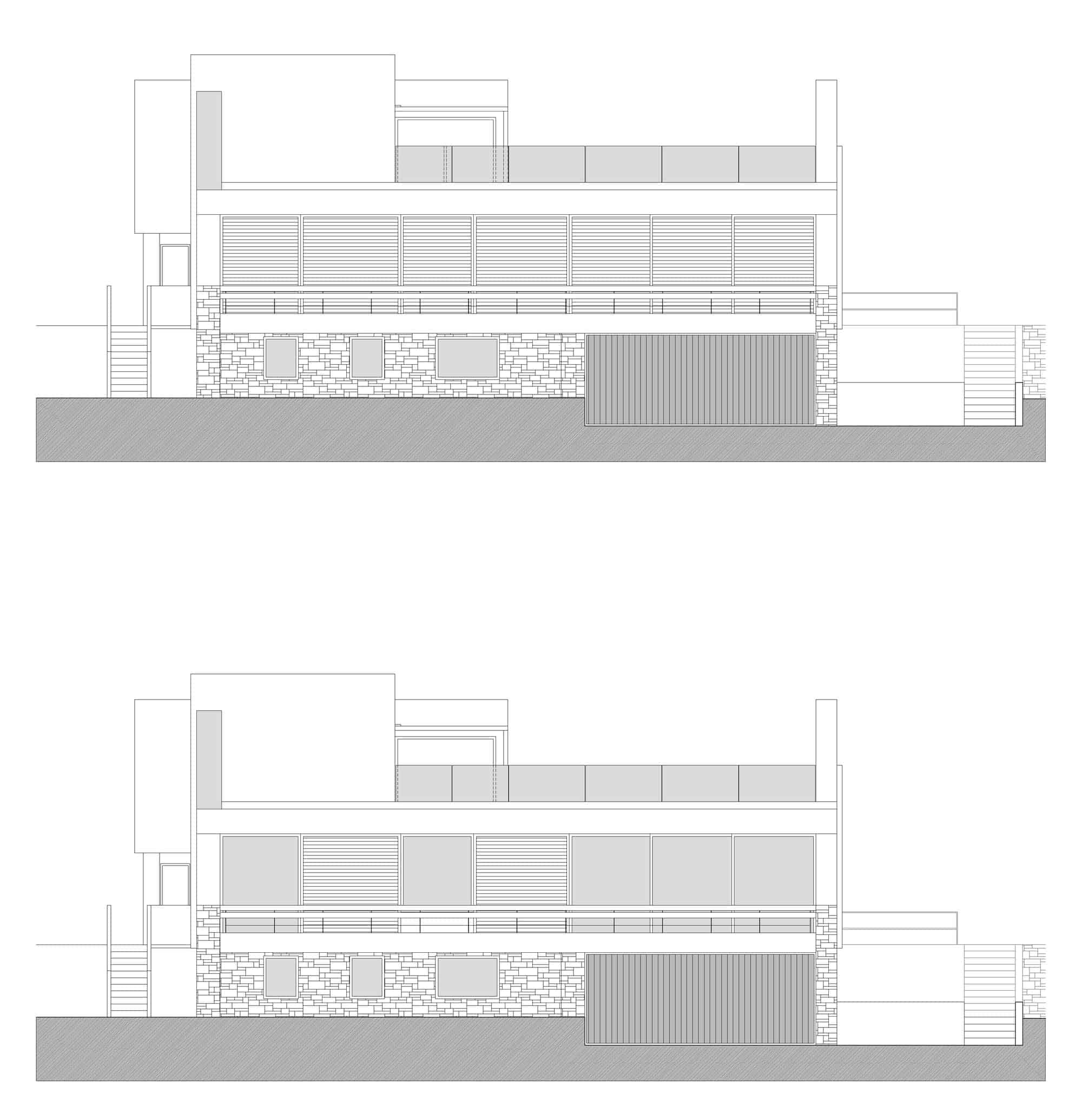 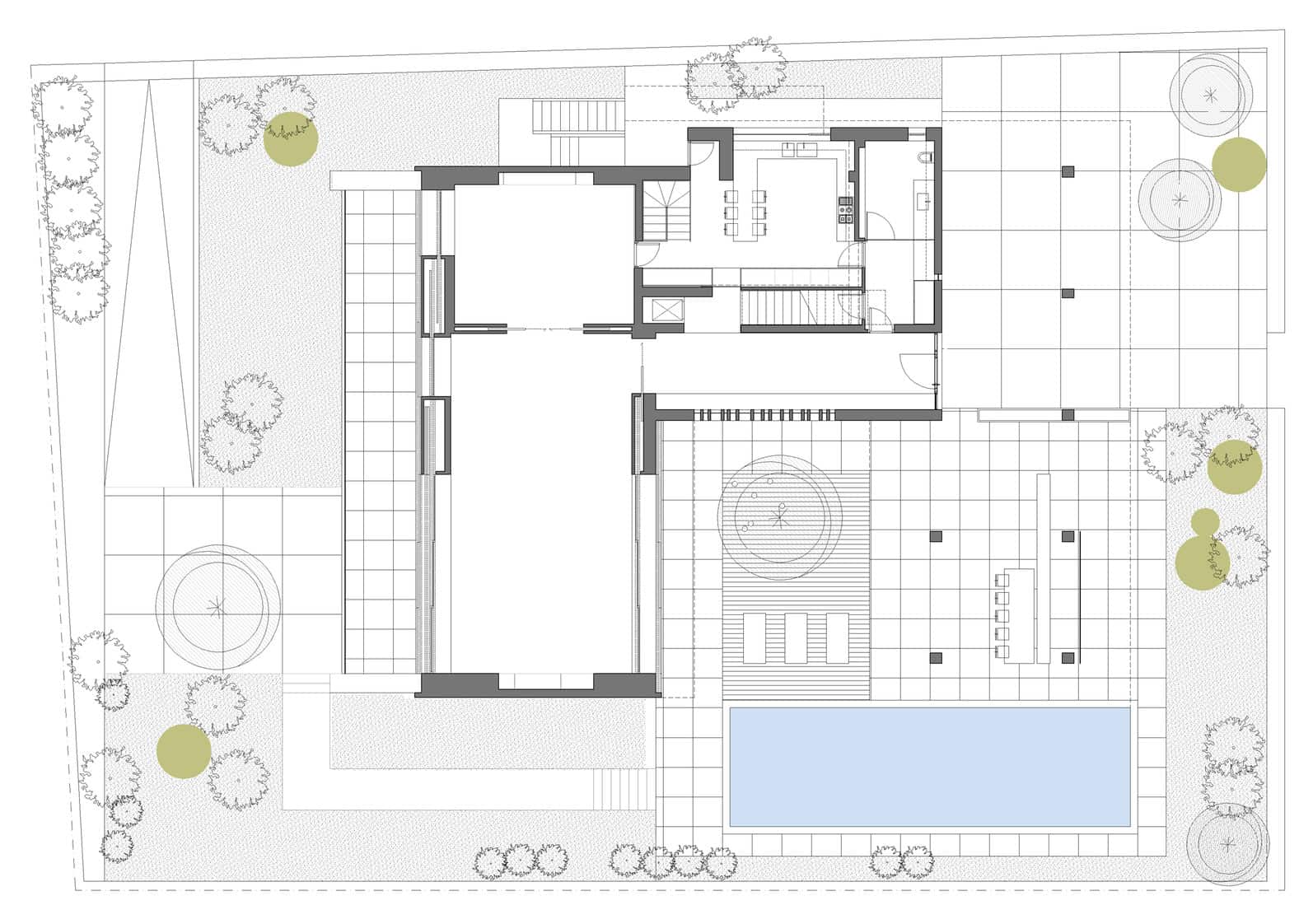 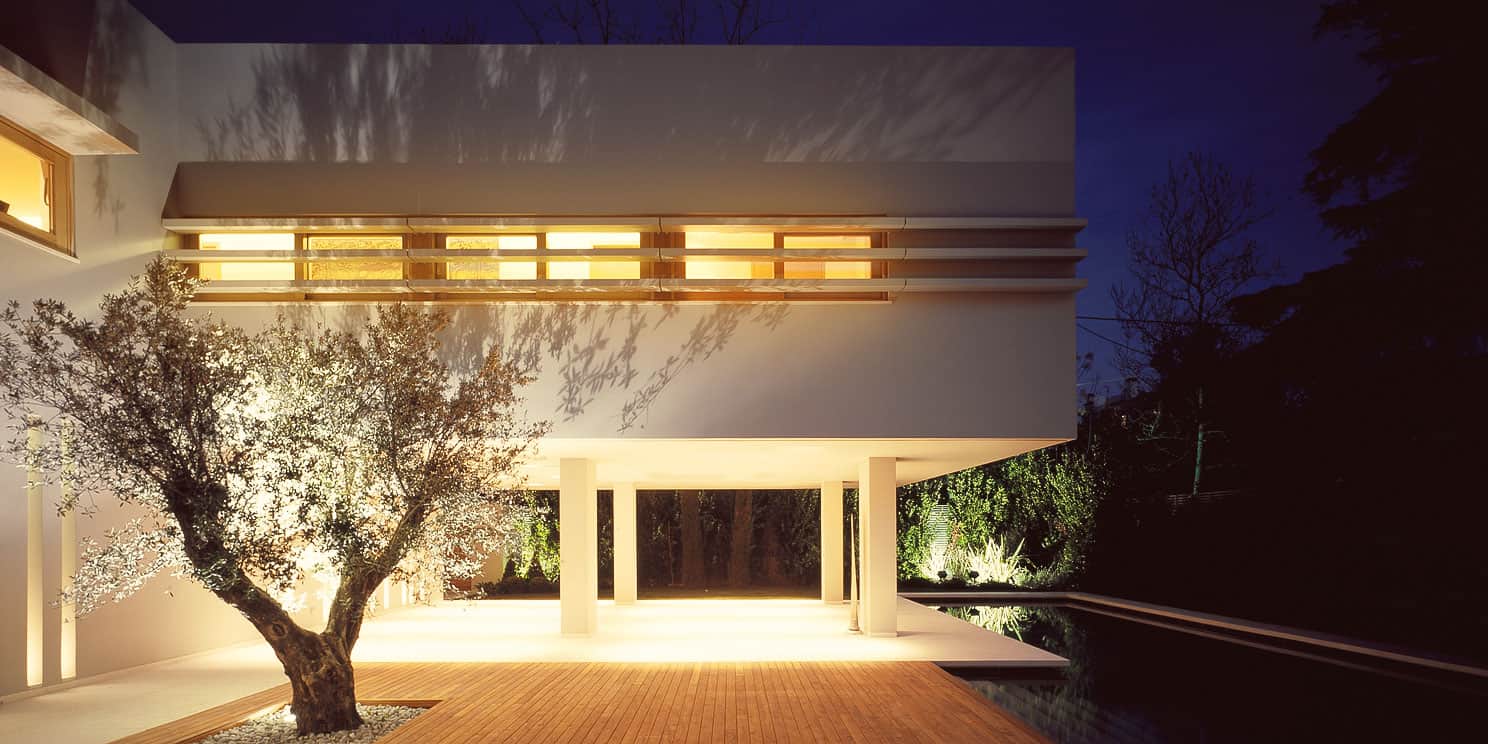 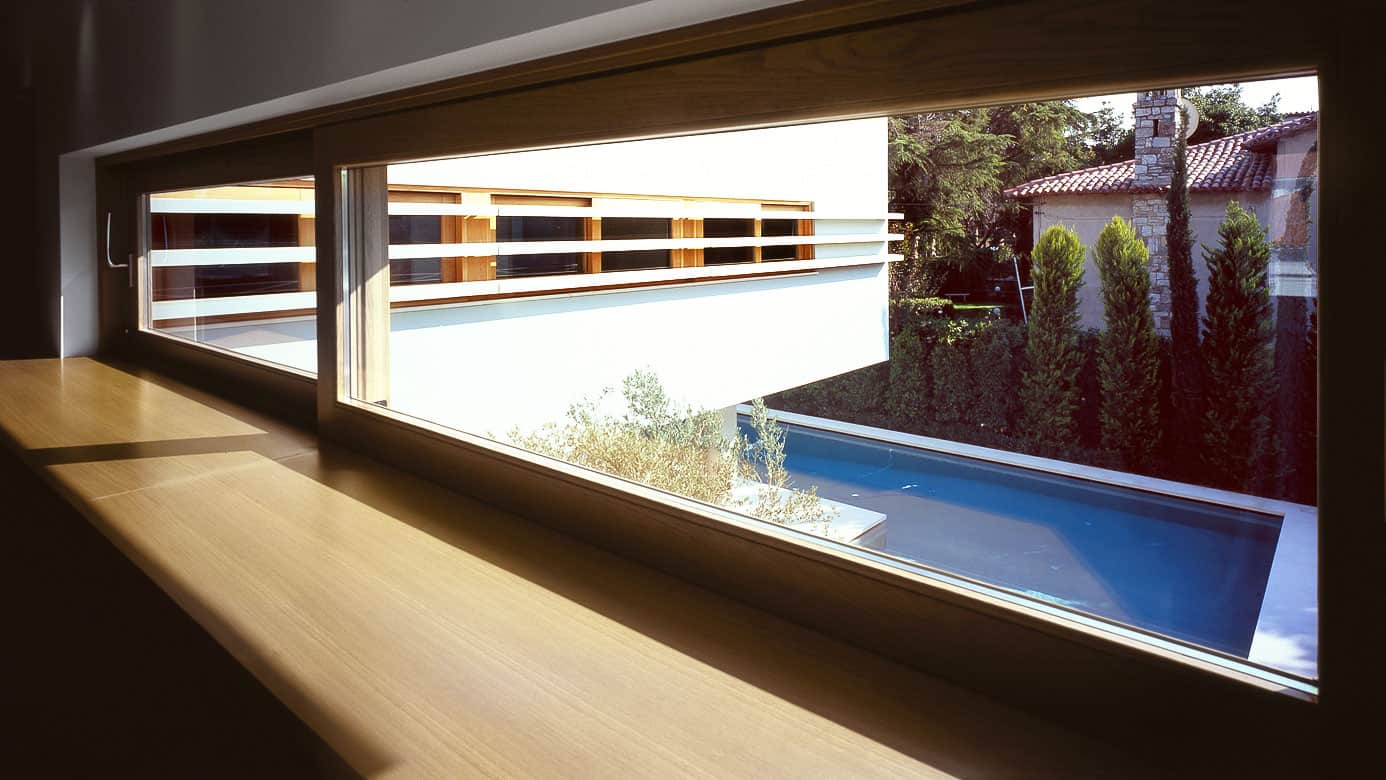 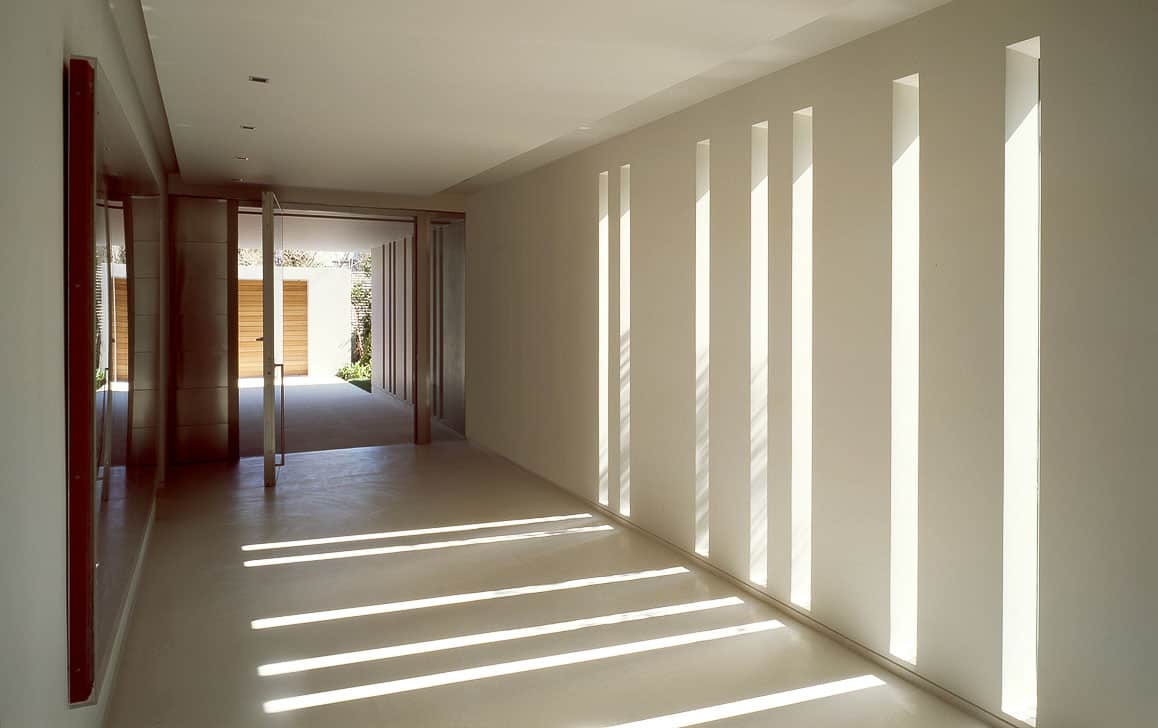 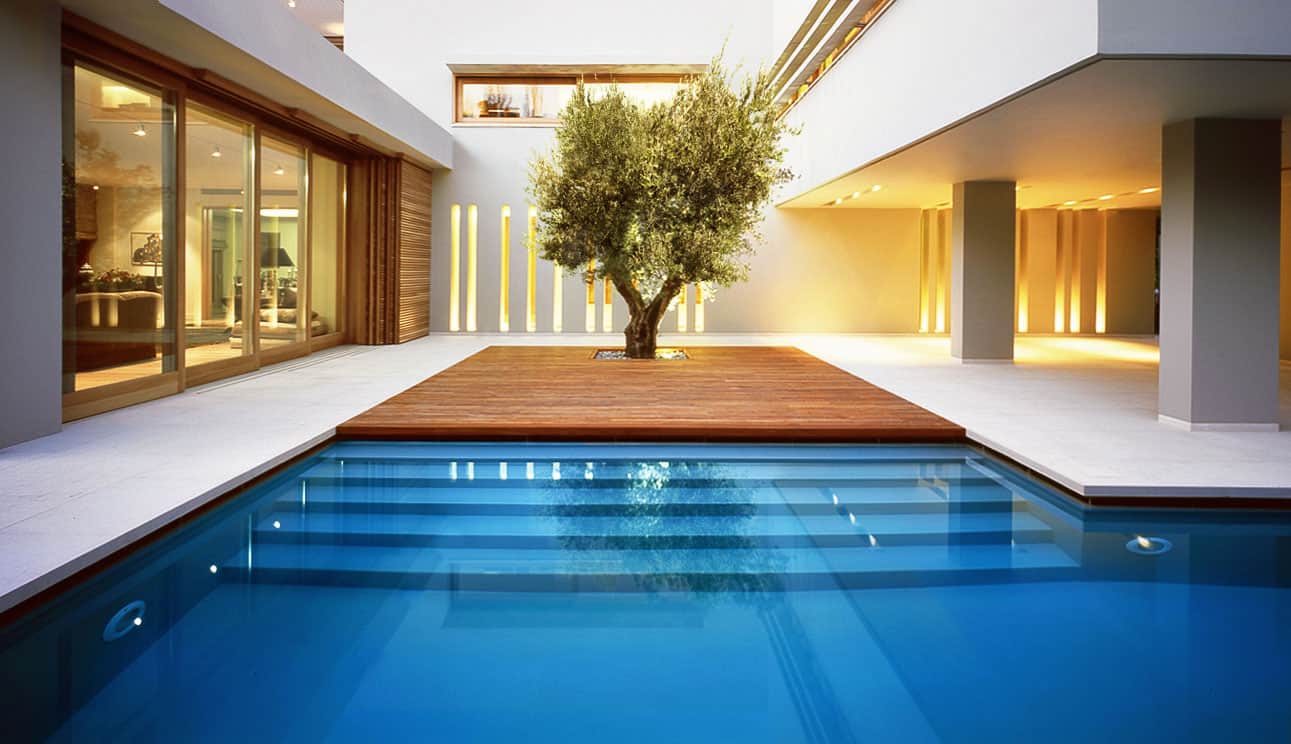 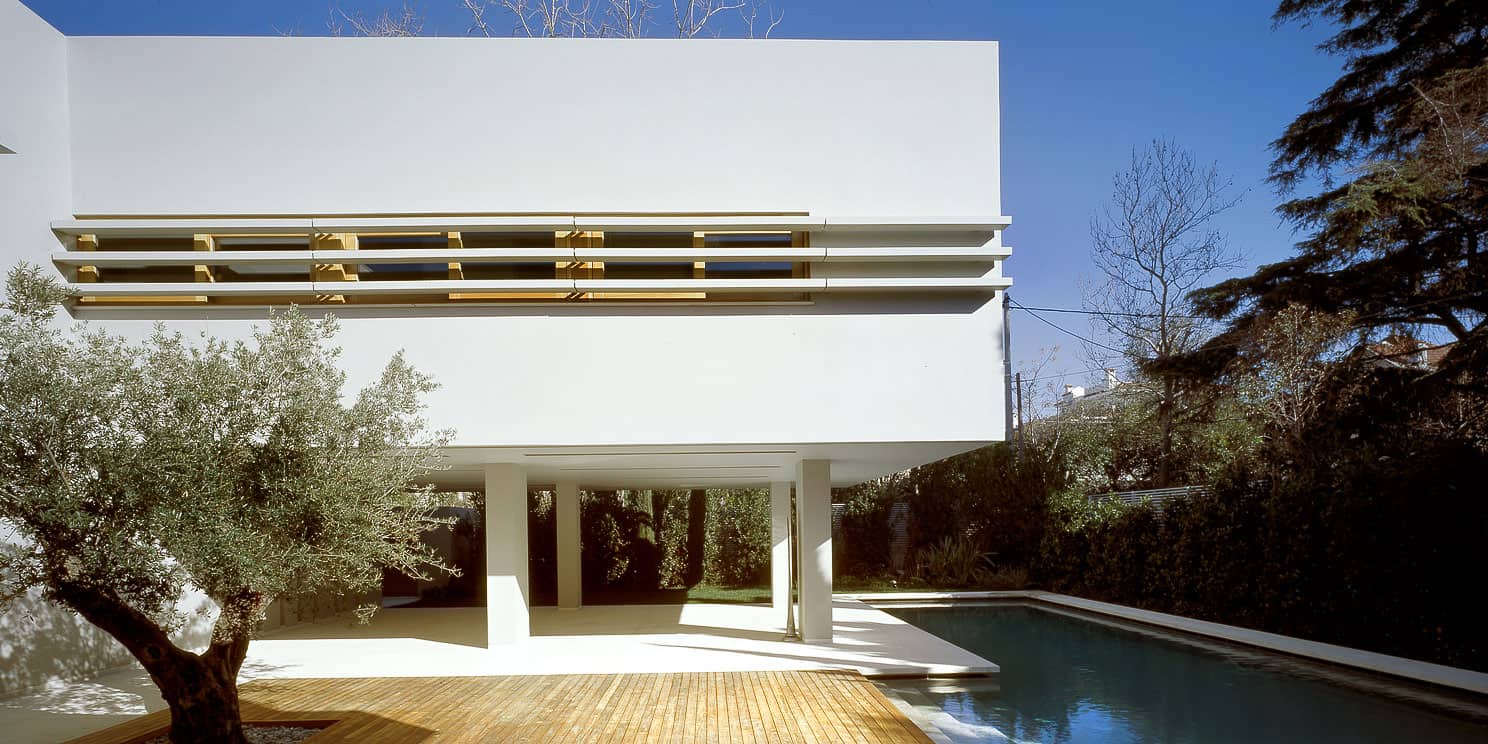 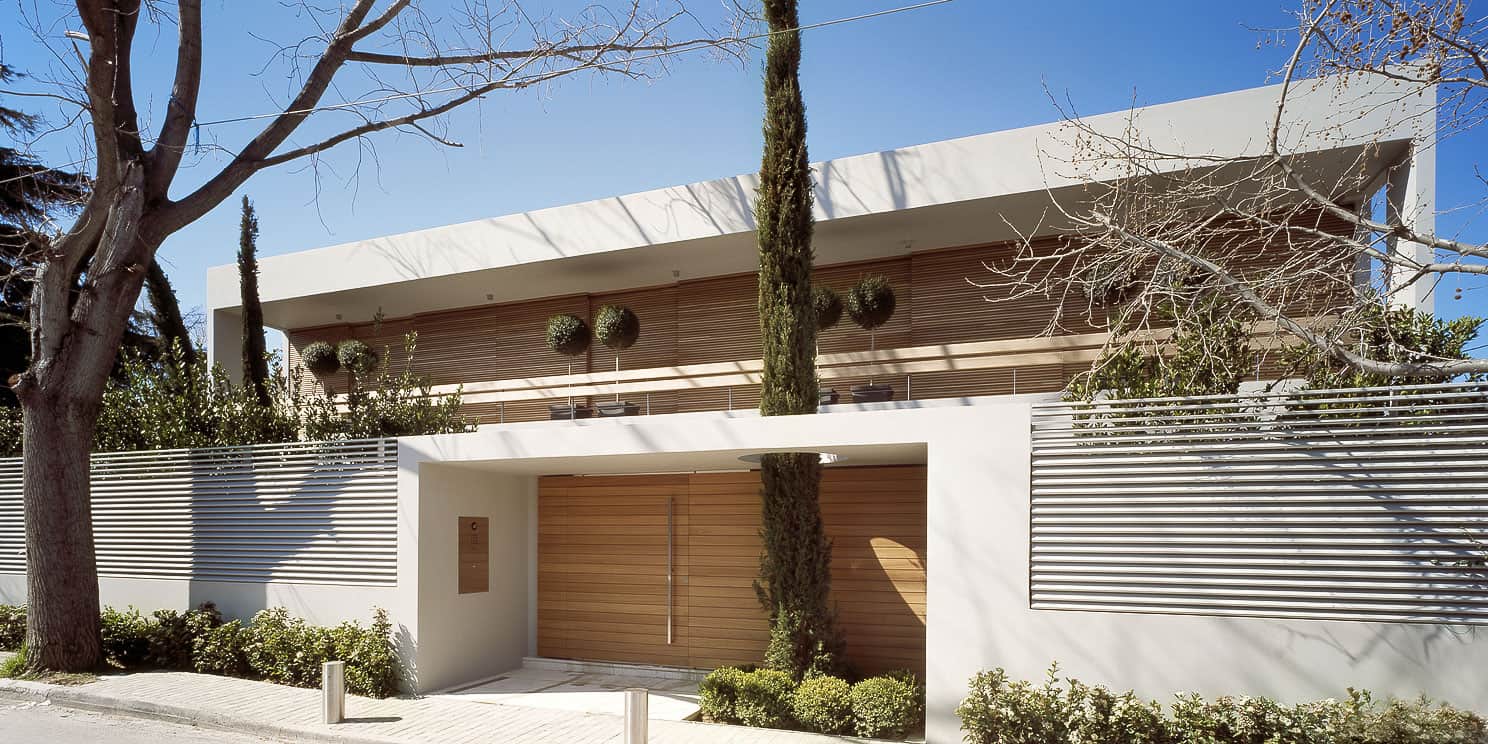 Private Residence in Kifisia is a project completed in 2012 by ISV Architects.

Located in Kifisia, Greece, the contemporary home has an open architecture that allows for a seamless blend between indoors and outdoors. 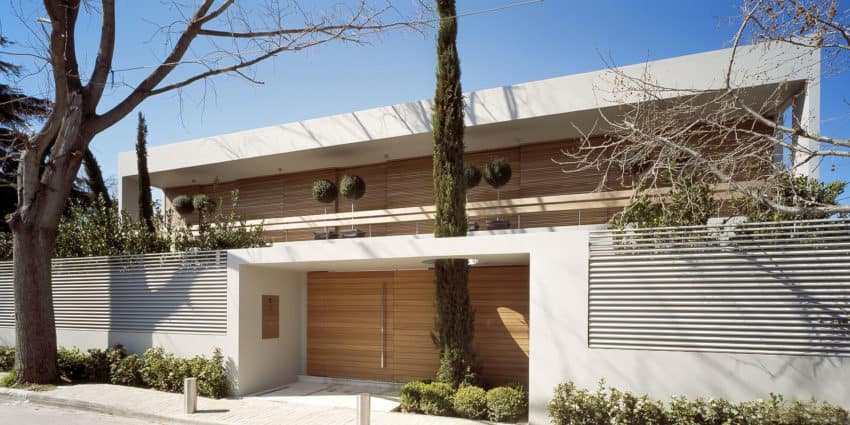 “This is a major refurbishment project of an old 1960s building that needed a total restoration. Its redevelopment was necessary in order to meet a modern family’s needs and thus redefining the relationship of the building with its context.

The intervention was implemented through two phases, one dated 2007, and the latter in 2012 adding one more level. Most parts from the initial building were demolished. The load bearing structure was the only thing that was kept and was then repaired or retrofitted where needed. After this, it was treated as a completely new project.

During the design, new needs emerged which had to be considered. Firstly, the extension of the building, addition of two extra rooms was decided, one in each floor. Some small internal rooms had to be unified in order to open up the space, and in the second intervention one floor level was added above the part of the building structure, changing the layout, and use of spaces again.

A great emphasis was given to the entrance of the building as well, as the visitor progressively moves from the public street to the inside of the house. Therefore, a long and wide corridor was designed, alternating from covered to open parts of different heights, and with distinguished perpendicular slits pattern in the wall that lead to the core of interior. The lighting of this corridor is dramatic and the geometry is austere and simple, with materials gradually transitioning from pebbles to wood.

Finally, the inner openings enhance the relationship of the house with its environment as an atrium in the middle opens the space up. A pool was also added to this atrium, some covered areas, as well as planting, in order to improve the daily use and quality of life.

The first floor has a private courtyard which is in full viewing contact with the atrium and a large part of the garden. As the entrance corridor, the courtyard starts with wood from inside and changes to pebbles towards the exterior.

The external surfaces have special wooden window screens that create a continuous look of the facade and the same pattern repeats in the metal motifs of the fencing. Other materials used are plaster, glass, marble and stainless steel. The atmosphere of tranquility and minimalism of both exterior and the interior are emphasized by light colors: white, beige and grey and the use of materials in its natural texture.”