This house renovation was undertaken by loox.

The early 20th-century home is located on Valencia Street, in Barcelona, Spain. 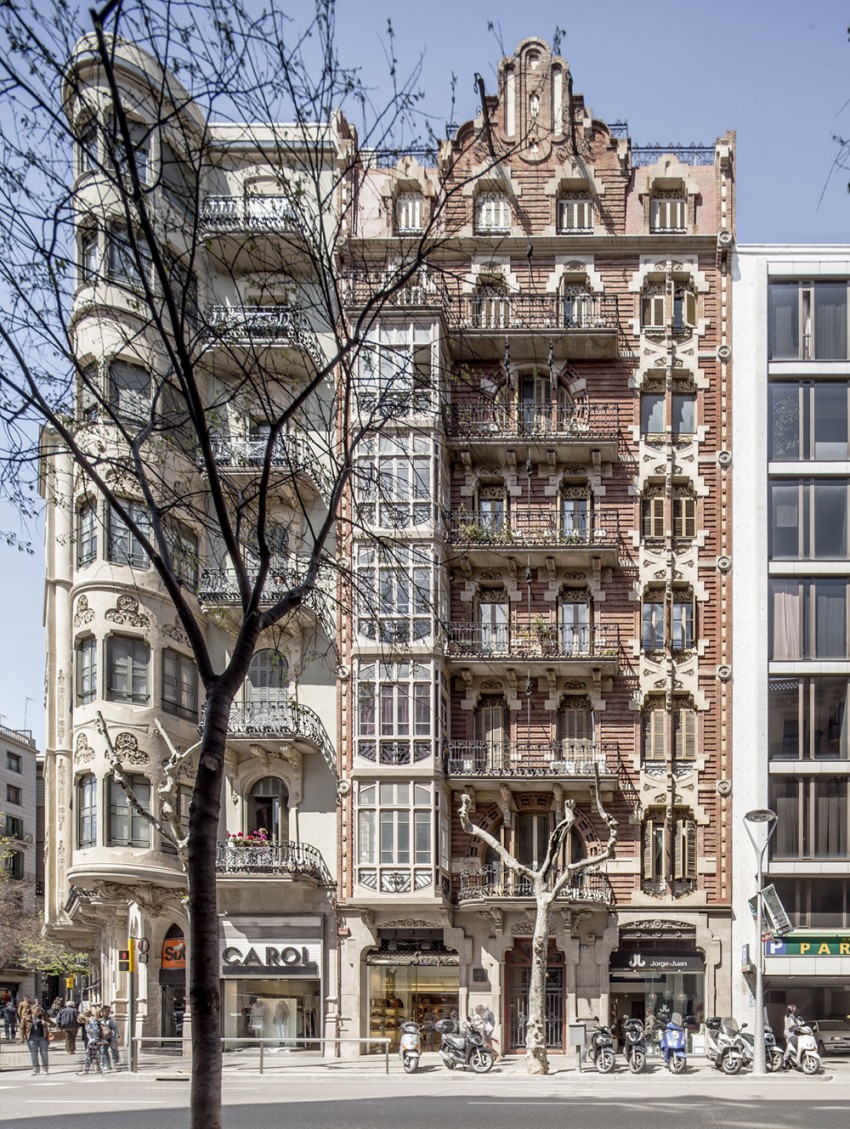 “Architect Núria Selva Villaronga, main partner of LOOX and DS Arquitectes firms, has undertaken the rehabilitation of a property in a heritage-listed building built in 1908 by Josep Domenech and Estapà in Barcelona´s “Golden Square” in the Eixample quarter.

Domenech and Estapà´s original project corresponds to a household income between dividing walls of the ground floor and five floors height. The configuration of the lot, deeper below the household´s depth building area, almost disables the interior façade which doesn´t reach the courtyard. Resources providing lighting and ventilation to interior rooms are the remnants of the building´s volume practiced plan fund and dividing walls to the right with an open courtyard format; the central courtyard linked to the neighbor´s scale and another patio adjoining the dividing wall to the left, shared with the neighboring building.

Despite the main façade and common areas retain the original language, as it is common in this era´s buildings in the Eixample, each housing has been remodeled and / or split one or more times, and nowadays their condition and configuration are very heterogeneous.

The rehabilitated property which had been long time unoccupied still included the distribution and original finishes. The intervention suggests an update in terms of functionality, performance and comfort, but the main criteria precisely was intervening the least over distribution, keeping as far as possible all materials and finishes that have been preserved, and repair decorative elements and original woodwork.

All three bedrooms and study as well as the living room (lounge), dining room and main bathroom are resolved in the current premises without altering them in any way. As in the original housing, departments facing Valencia´s Street façade which have better ventilation and lighting conditions are preferred, thus locating the master bedroom, living room (lounge) and study in it, whilst the whole kitchen-dining room occupy the interior premises.

Therefore, the adjustments´ distribution proposed by the project are just the extension of the kitchen, which will remain occupying its present position but incorporating the adjoining room facing the back façade, and the transformation of three very small pieces which accomodate two adjacent toilets and a pantry in a sole dependency which will become the house´s second bathroom.

Neither, the current hall distribution around the stairwell is altered in any way, which with the proposed reform program will become a continuous ring.

The false ceilings have been preserved and restored with their moldings and ornaments, interior and exterior woodwork, engraved glass and in much of the property, the original Nolla flooring mosaic. The kitchen, however, that had been already manipulated and didn´t preserve the original settings, has been resolved with current criteria and materials.”

GCA Architects Carry Out a Renovation in Barcelona

A Warm and Elegant Showroom by Bartoli Design

An Apartment in the City Center of Valencia, Spain

Residence One by Studio RHE