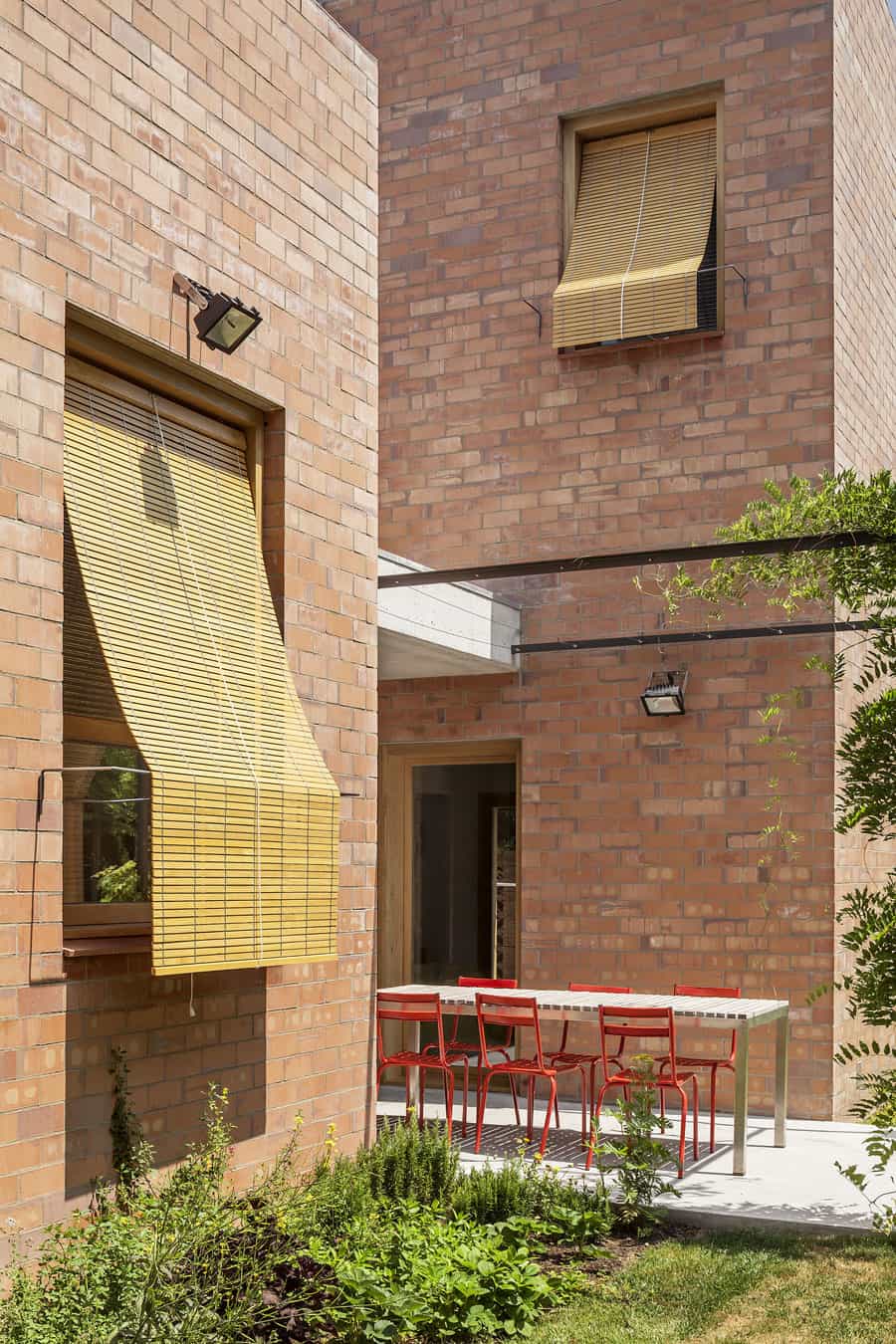 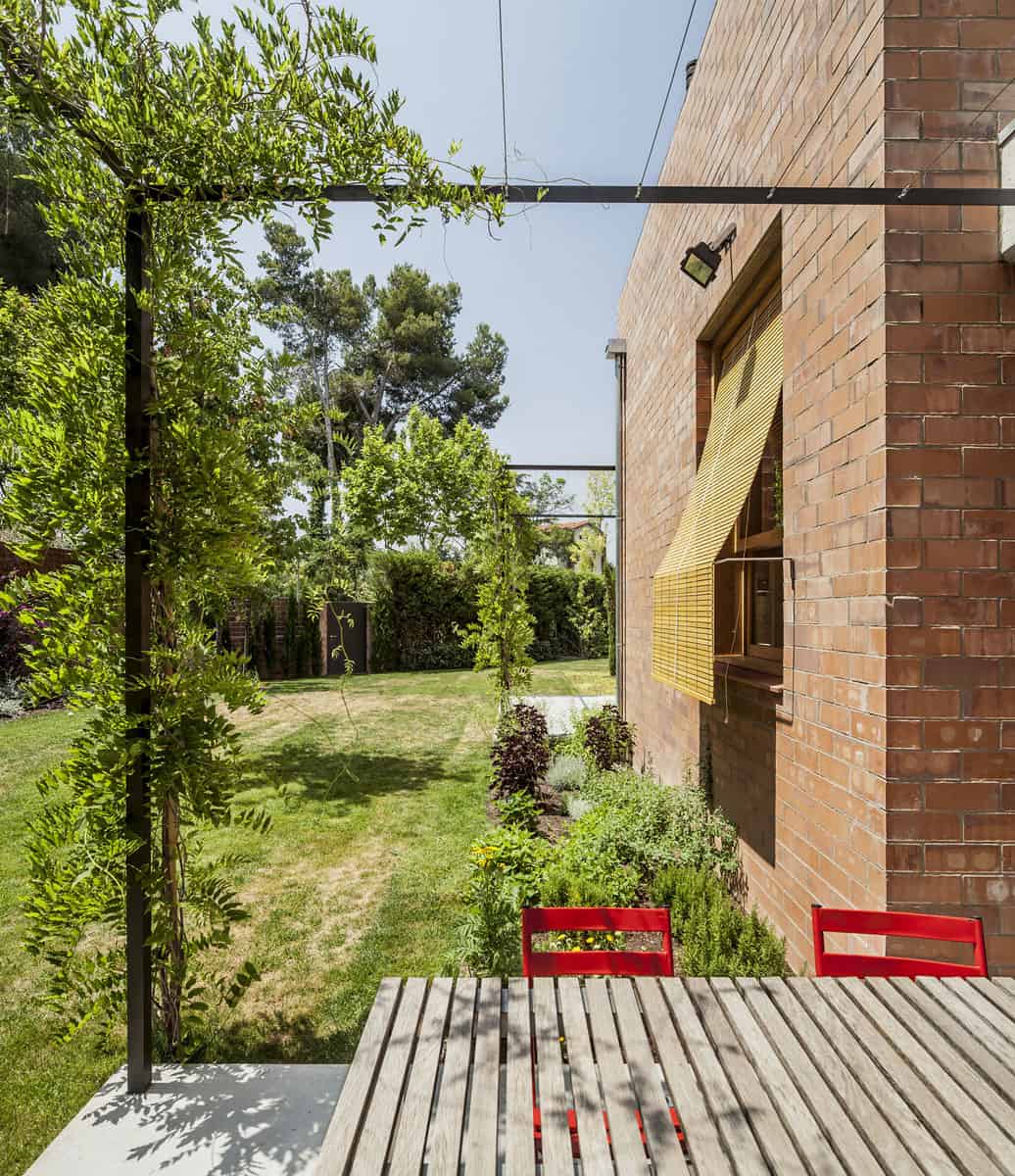 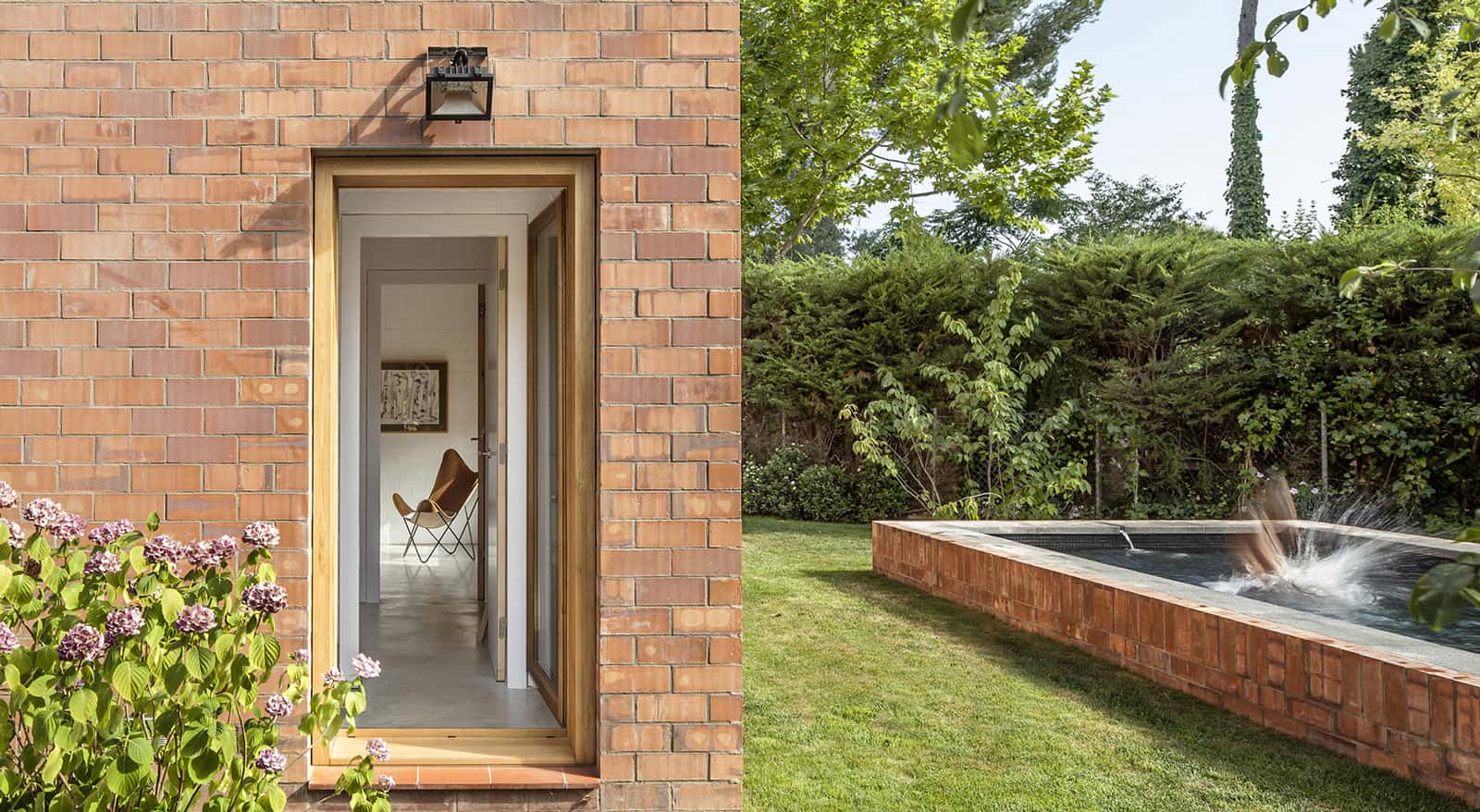 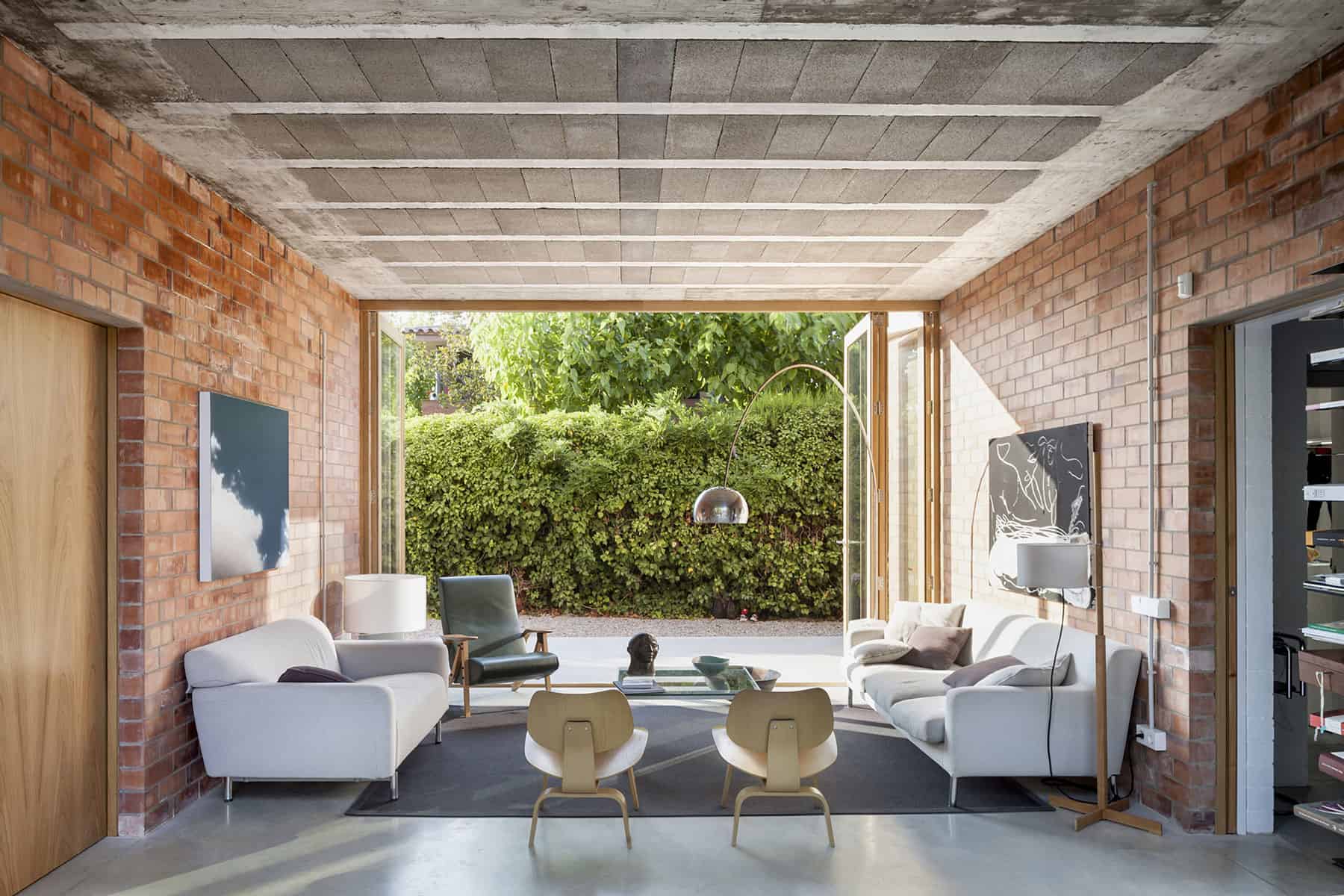 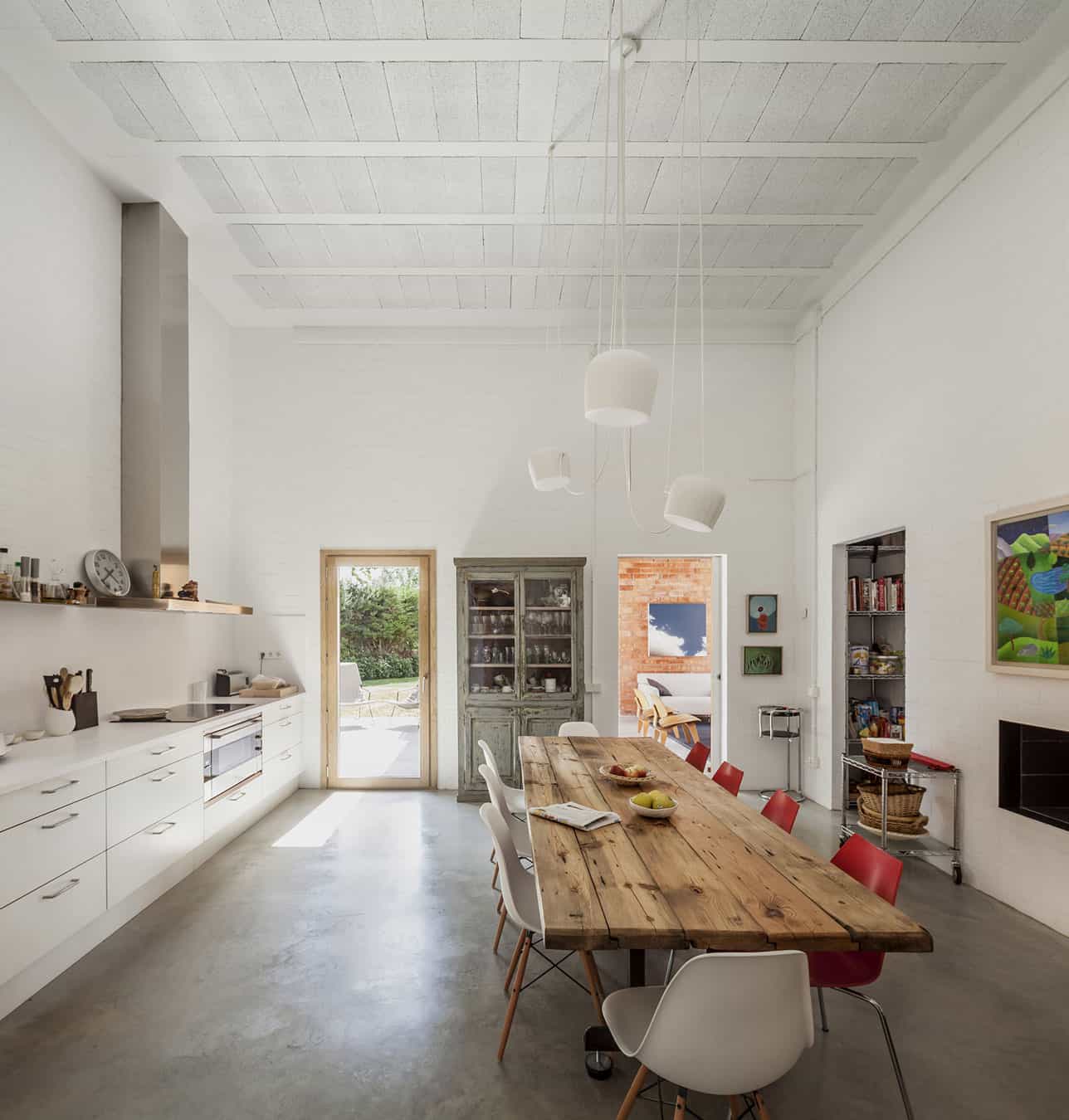 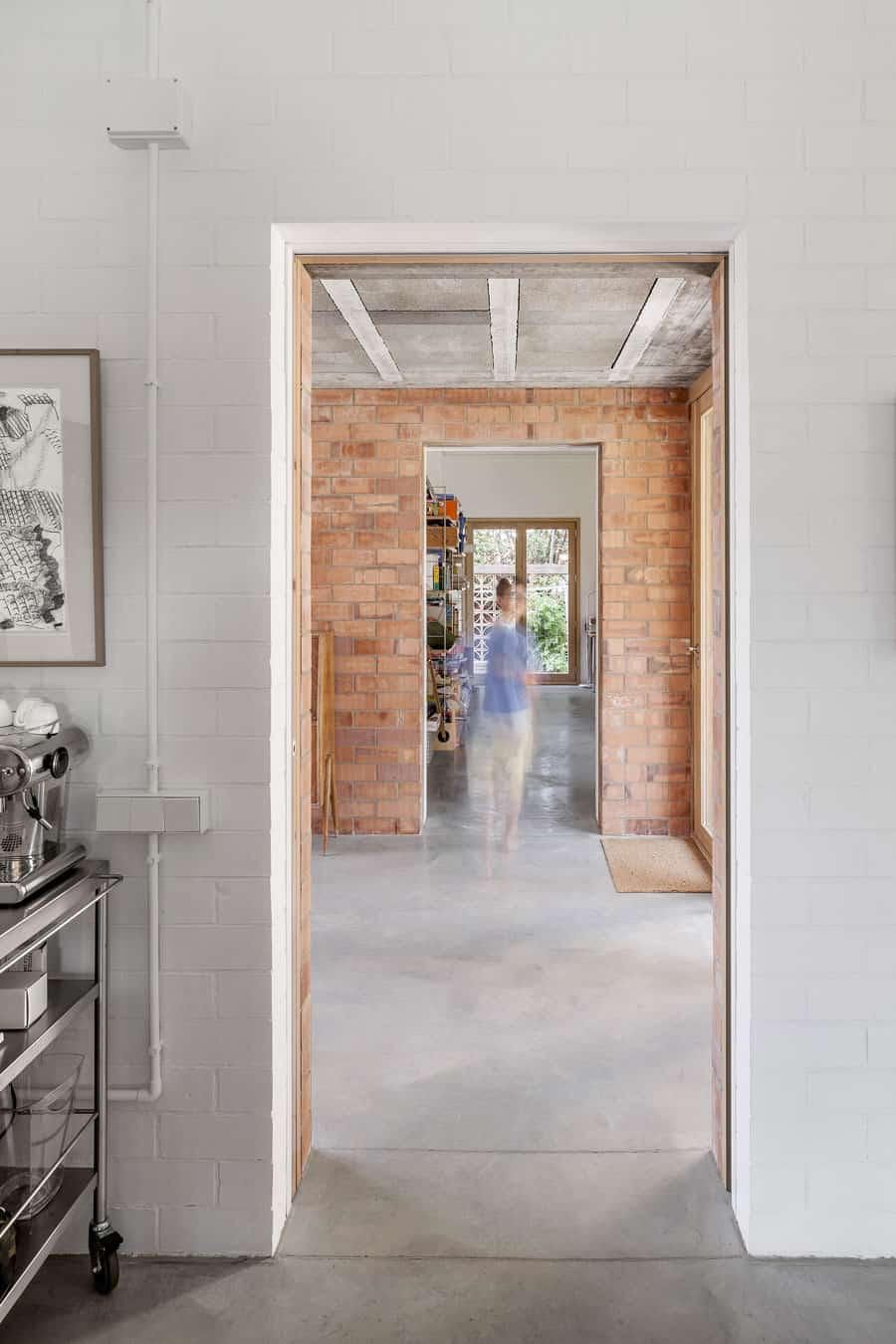 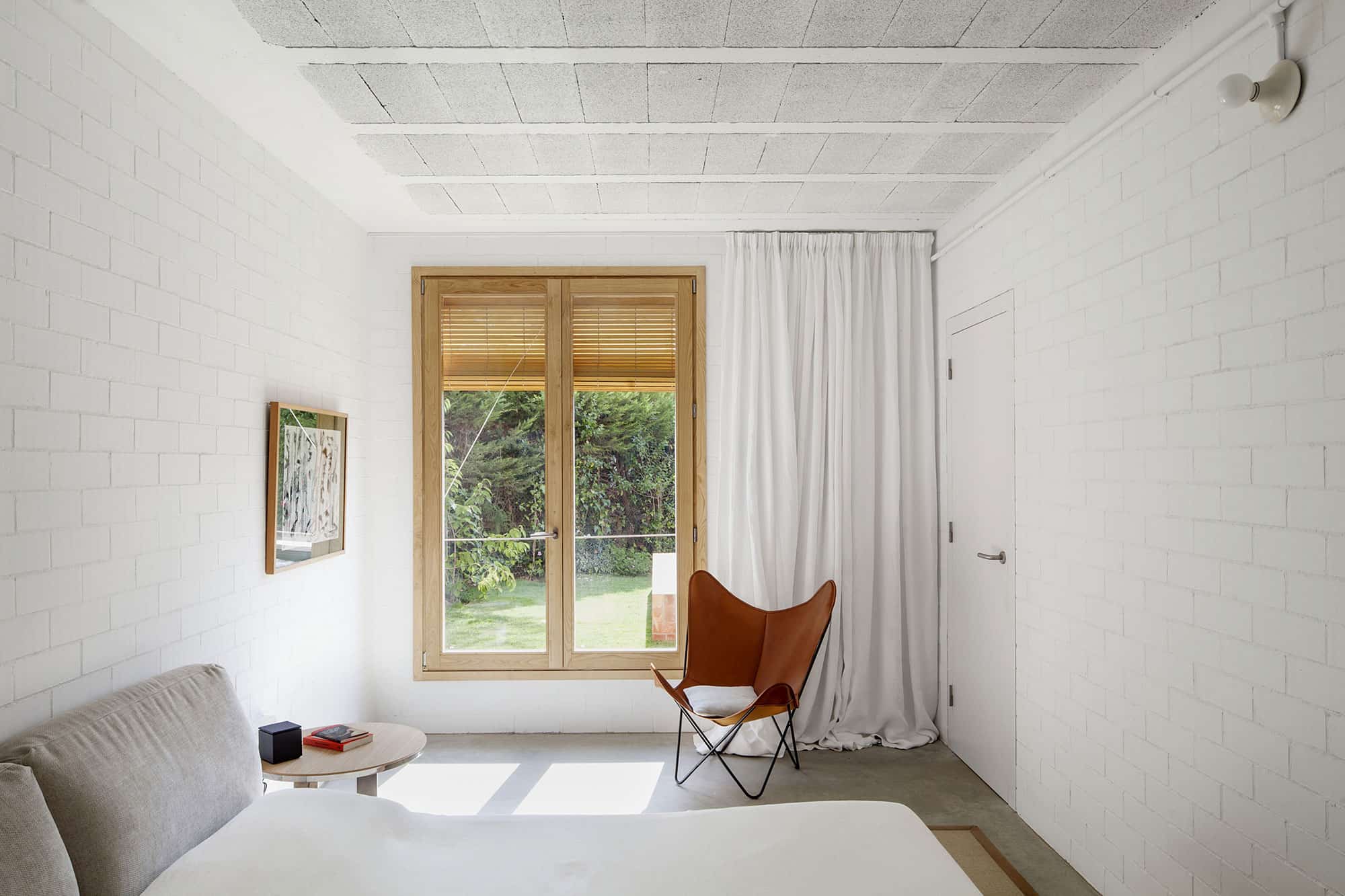 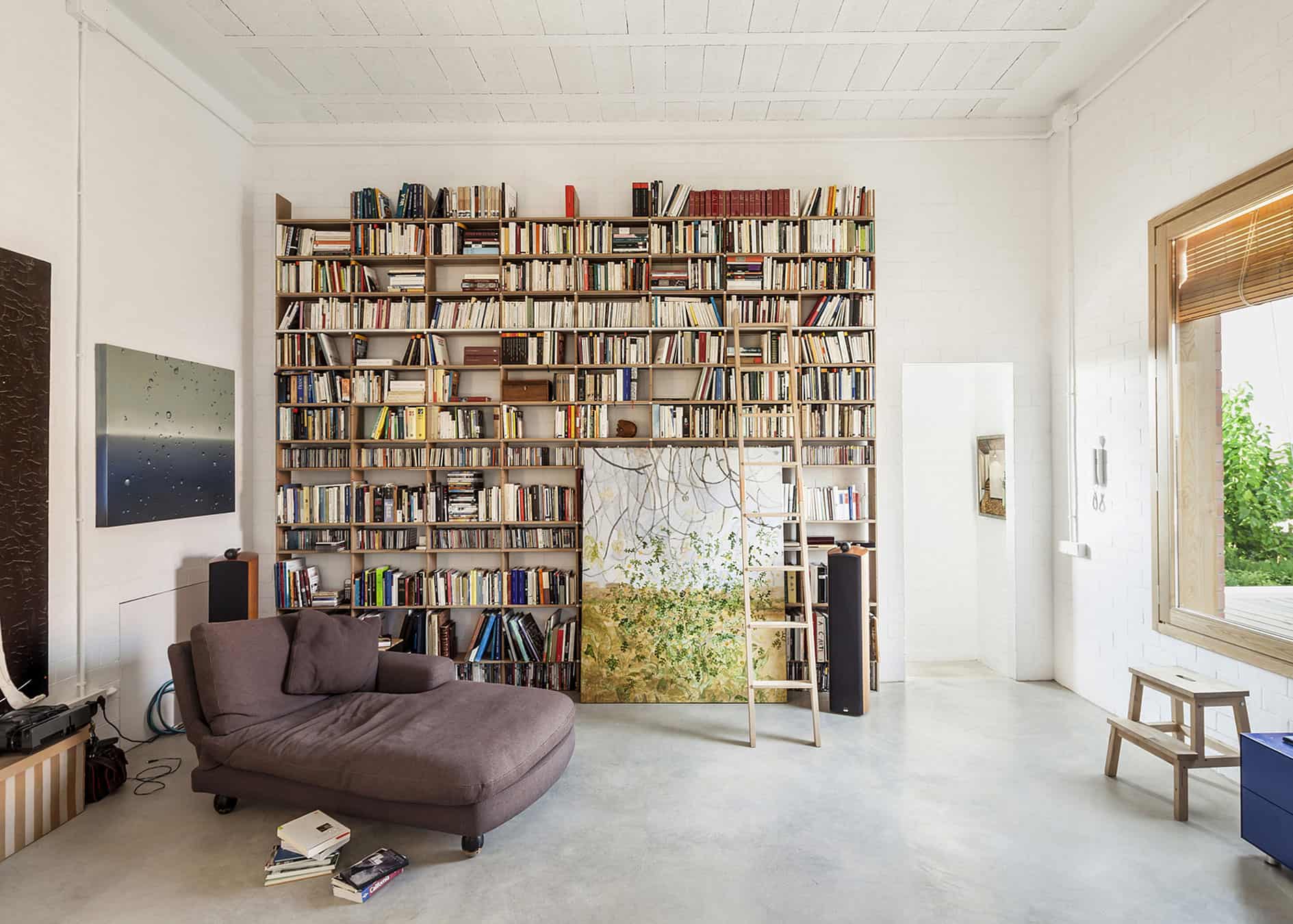 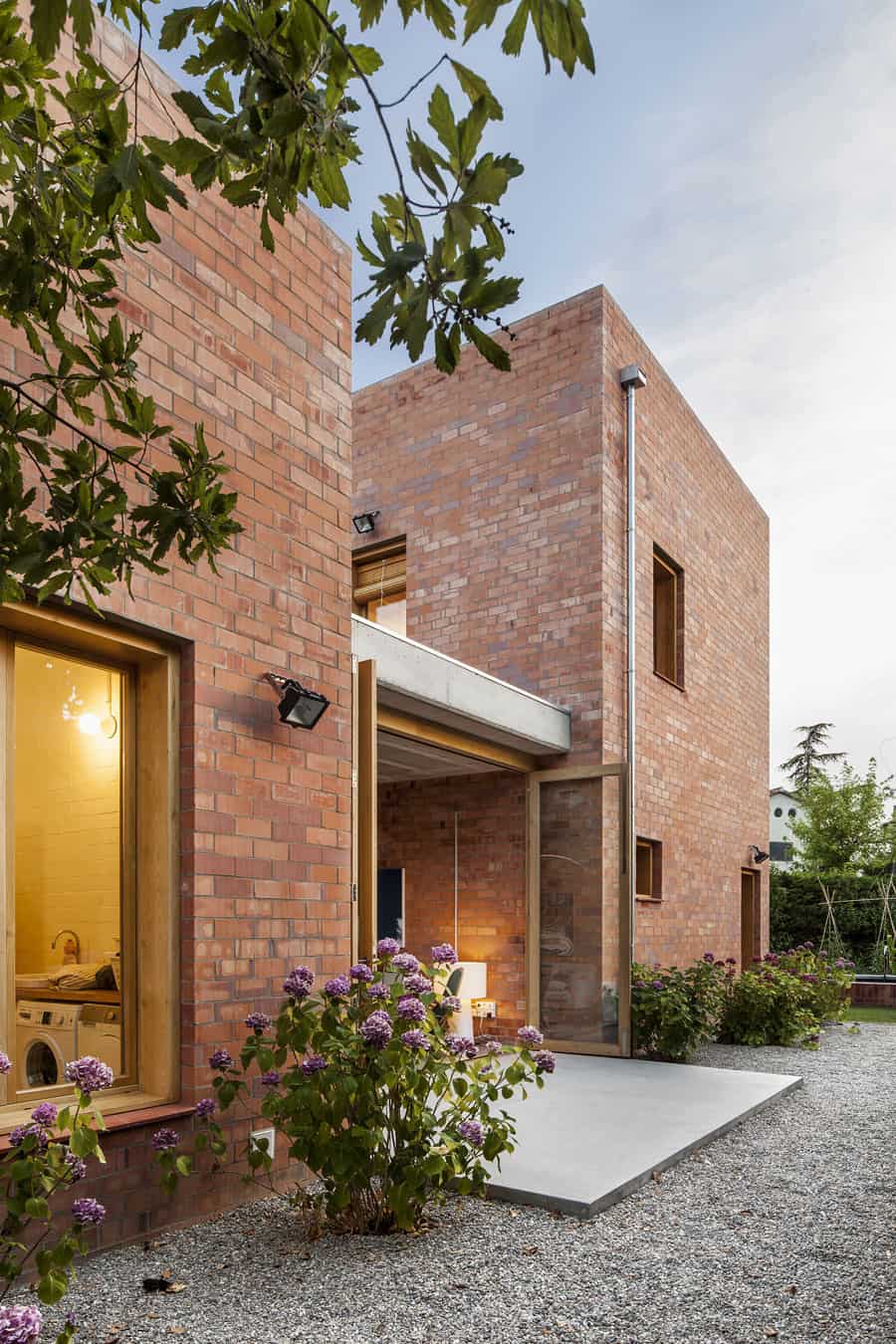 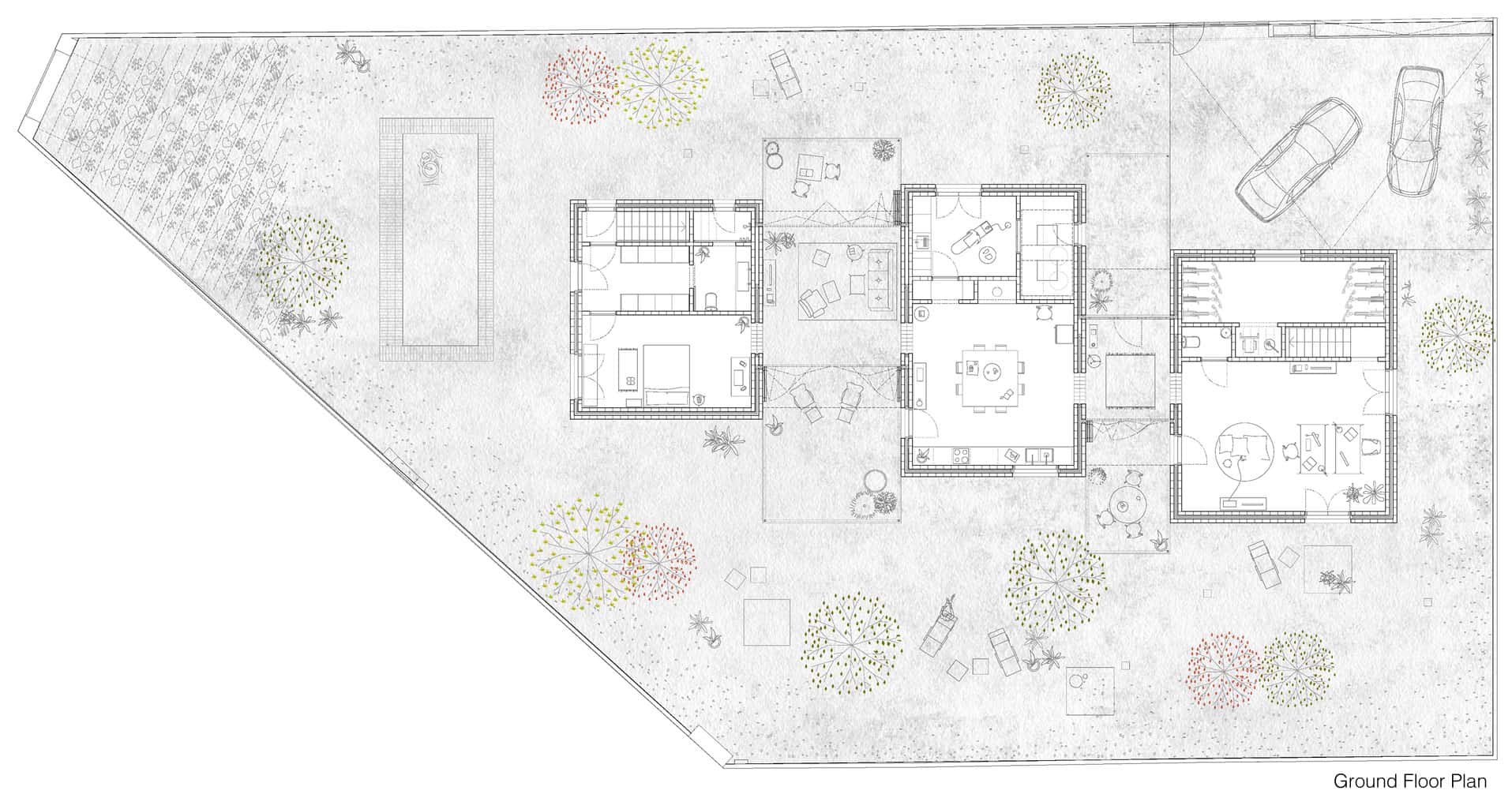 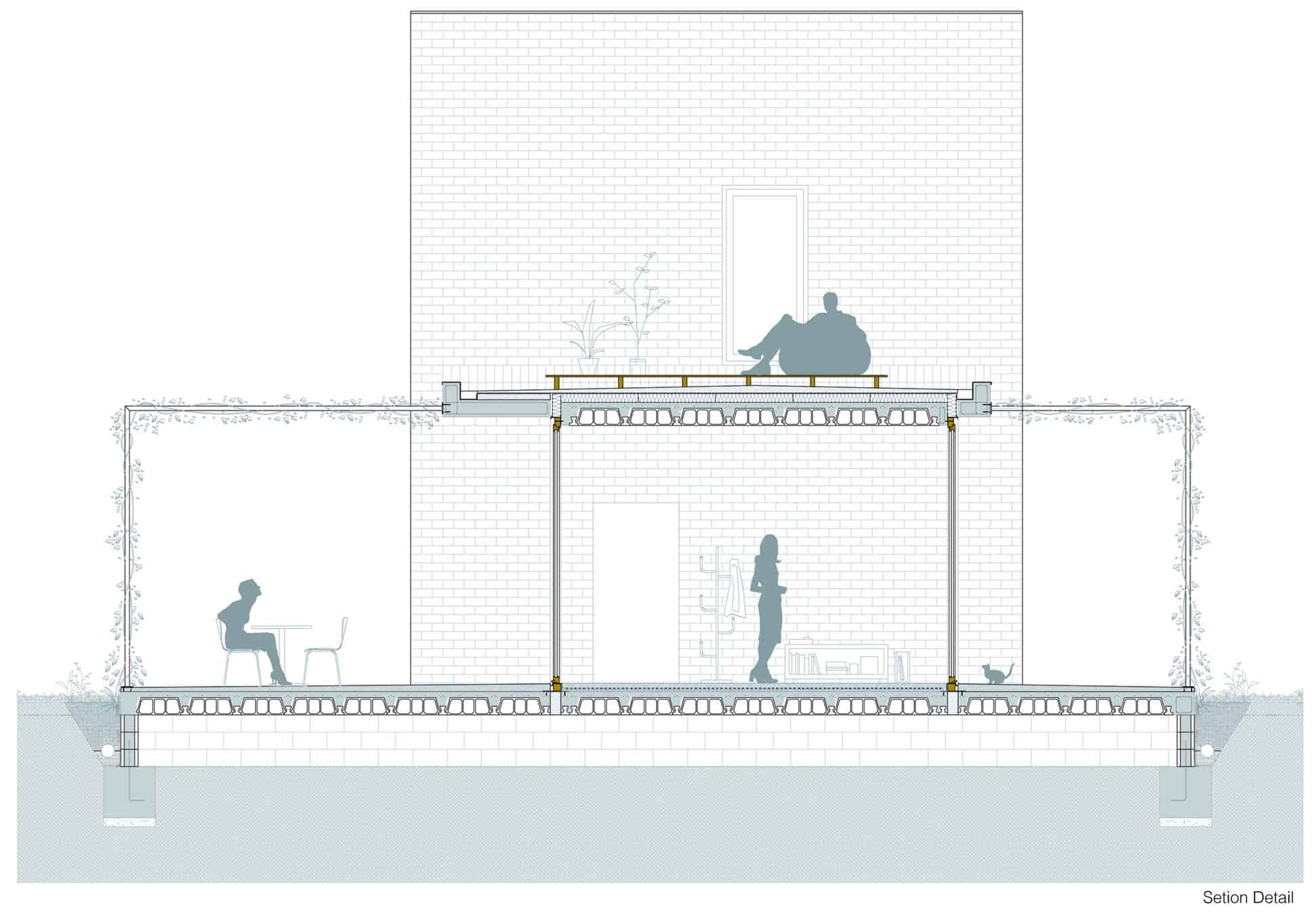 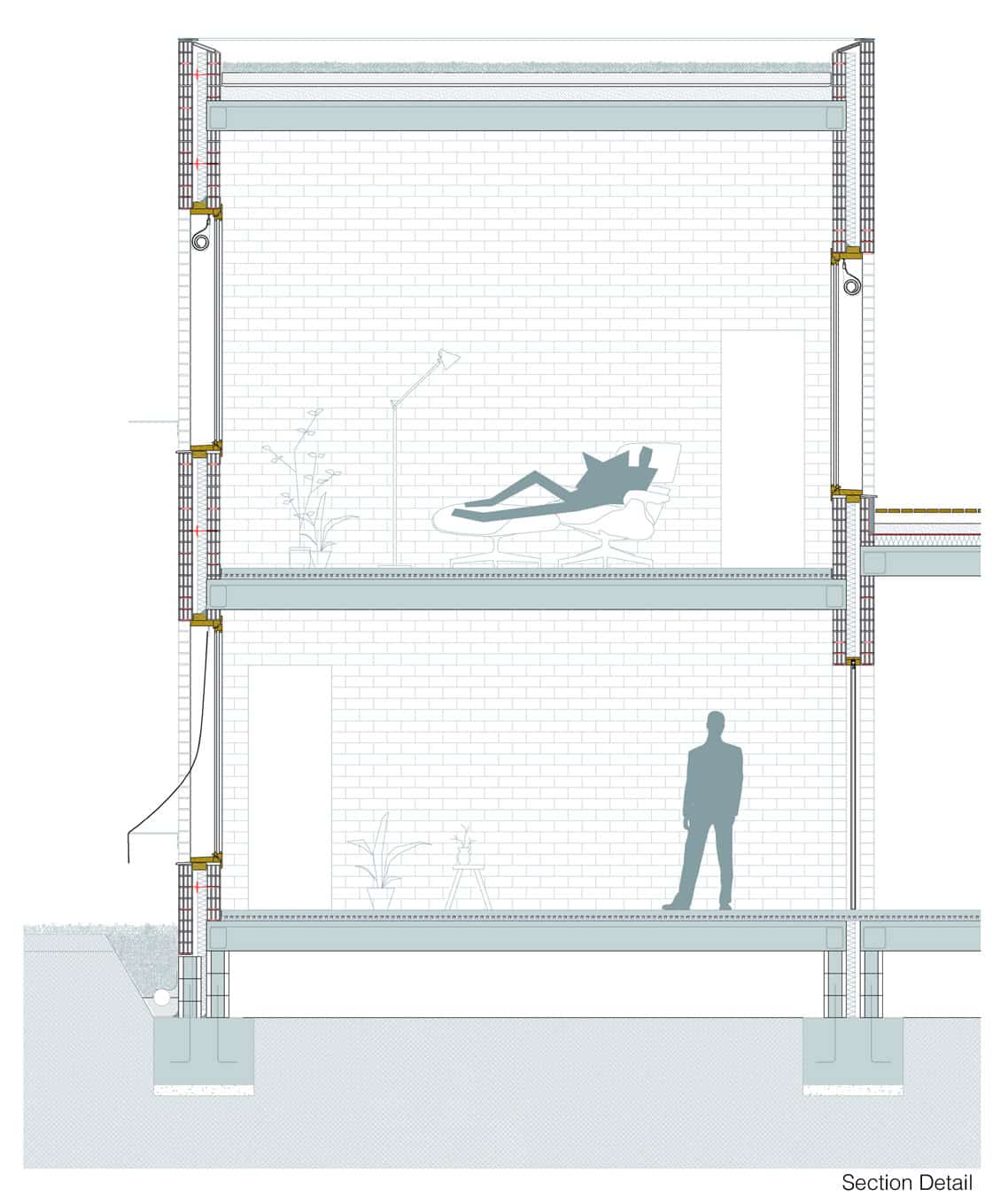 “Not so many jobs begin like this one, with an owners’ list of wishes and hopes for their new home. A list much closer to the principles and values architects usually work with, often secretly, than the ordinary expectations of those couples facing this unknown challenge. Lists always full of good intentions but often incomplete. This was the start, loaded with responsibility, yet an excellent start.

The plot, located in a residential area of Sant Cugat, near Barcelona, had enough good attributes to become the project main line. One of the main goals was to achieve a close and essential relationship between the house and the garden in such a way that they both became the extension of each other. All that, without falling into the unavoidable, often out of proportion, and so recurrent large glazed panels: they wanted walls, and we also did. A house with walls in a garden for an art collectors couple.

For those reasons, from the right beginning, the proposal searches the balance between placing the maximum number of rooms on the ground floor yet keeping the garden free from masonry work volumes. This idea is developed through a volumetric composition shaped in three boxes spread throughout the garden, almost aligned and located in the plot northern side creating a wide outer zone facing south. The first box, to the east, houses the children’s area with three single bedrooms upstairs and a playroom on the ground floor.

The second one, in the centre, accommodates the main room: the kitchen, a nearly 30square metre and 4metre high room dominated by a large fireplace. The third box, to the west, contains the parents’ zone, with the bedroom at the garden level and a high ceiling studio on the first floor.

The spaces created between the three boxes are covered sheltering two different environments, open to the garden in north-south direction and can be closed with big folding windows. These spaces offer a very different atmosphere, much more related to the garden area than to the house. The first of these interstitial ambiences, between the children’s area and the kitchen, serves as entrance hall. The second one, bigger, between the parents’ zone and the kitchen, is the living room but not a conventional one: a green house during winter and a fresh porch in summer.

The residence is all circled by the garden, the most part of it facing south. The corner (west), sharp-shaped, gathers the kitchen garden and a pond to bath in. In the north, the distance between the green fence and the house varies between 5 and 6 metres and increases up to 9 metres at the uncovered car parking place. This space is connected through a 3 metres wide path, parallel to the east fence, with the main southern garden. The interstitial spaces of the house (entrance hall and living room) become connecting porches between the front and back gardens.

About volumes, the house is composed of three brick masonry cubes of different heights set parallel to the back street. Although having several dimension windows that depend on their function, the cubes are predominantly massive. Besides, the interstitial areas between cubes, covered by a concrete slab and framed by folding wooden glass doors, are essentially ethereal. Actually, the space becomes an open porch when windows are folded back.

According to its materiality, the house is built on double face brick load-bearing walls, using red masonry for the outer face while white painted inside; wooden window and door frames with traditional outer roller blinds as sunscreen when required.

The house is conditioned with a geothermal heat pump and an under floor heating system that slightly refreshes the house during summer, avoiding an air conditioned system to dehumidify.”