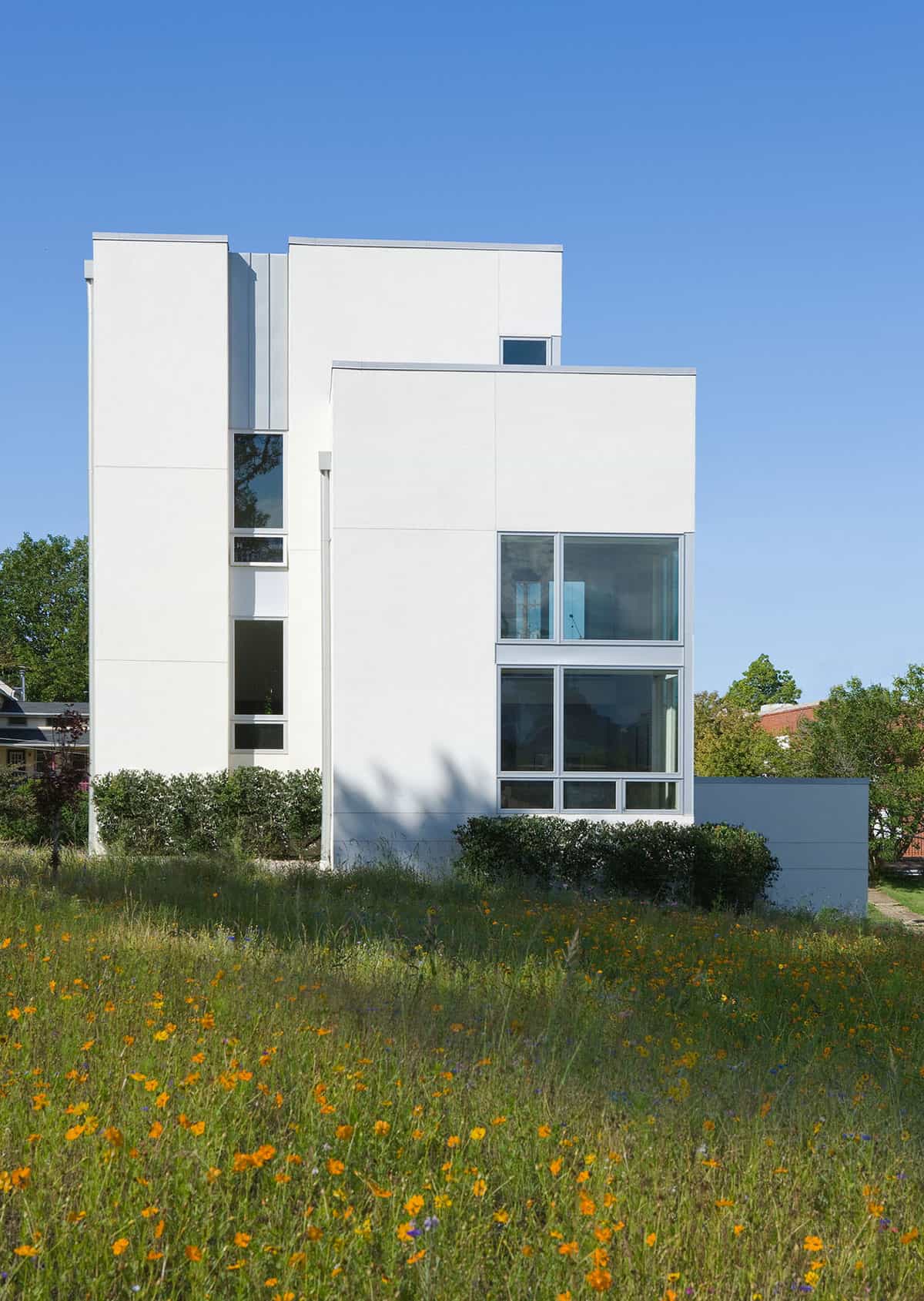 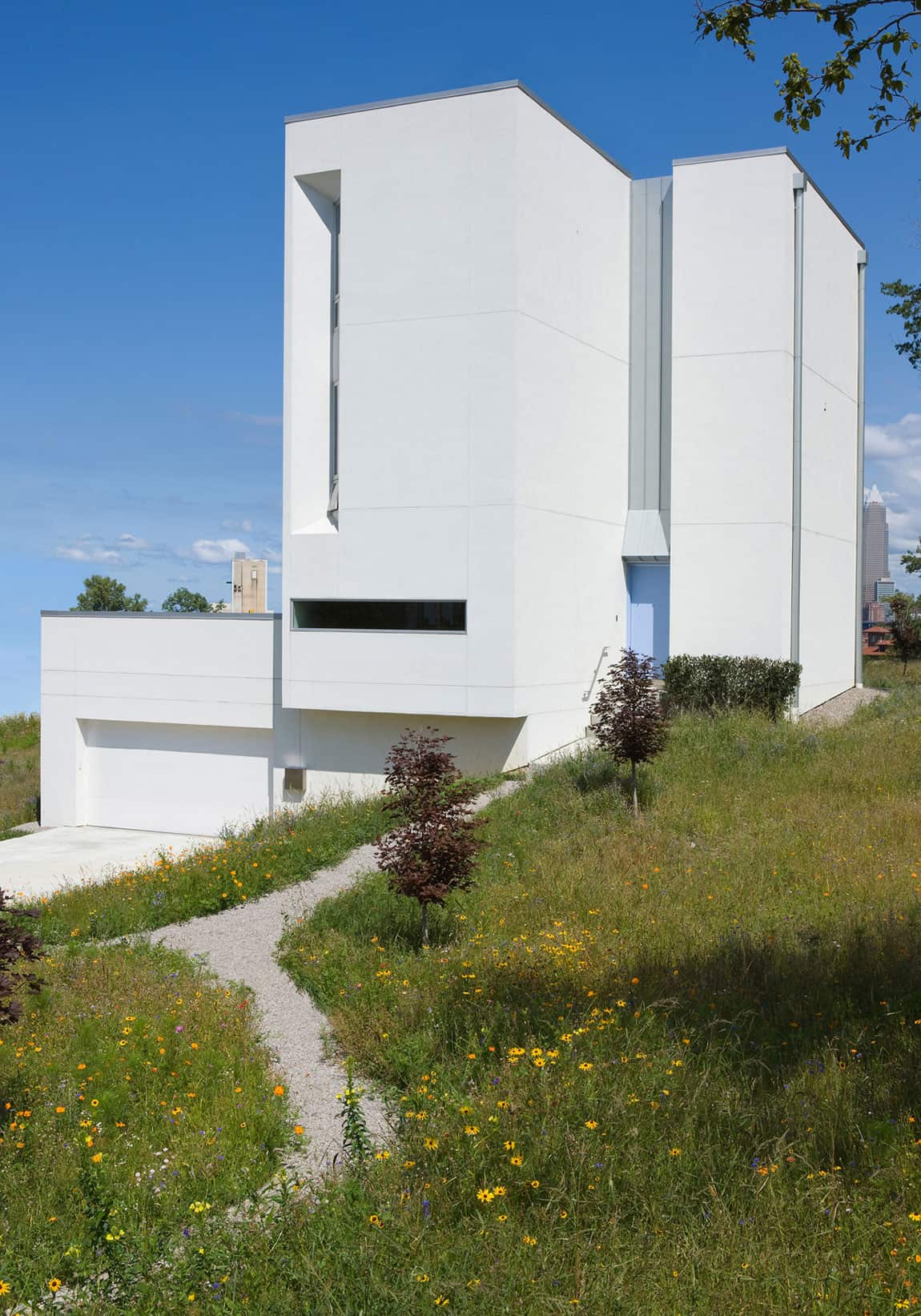 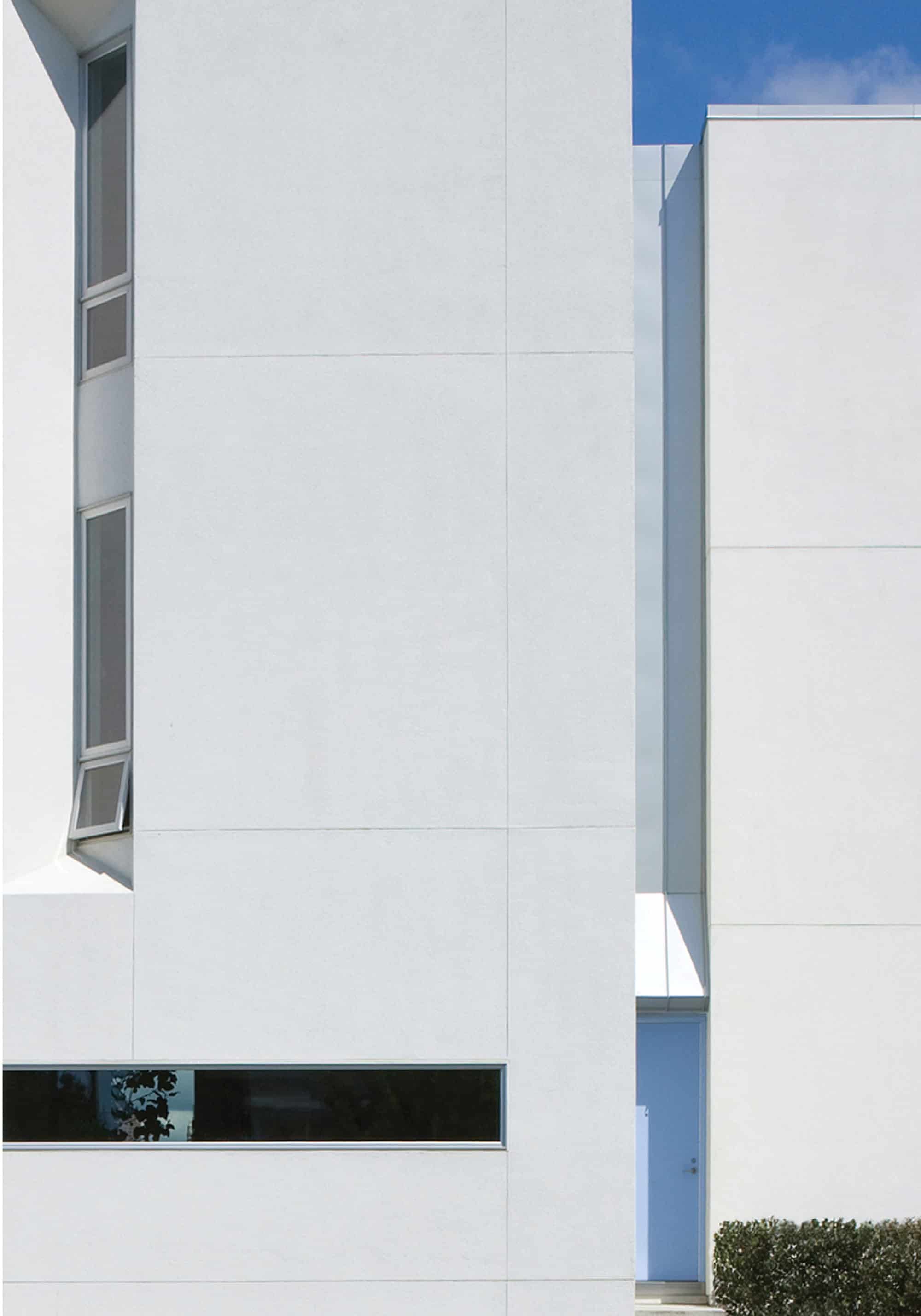 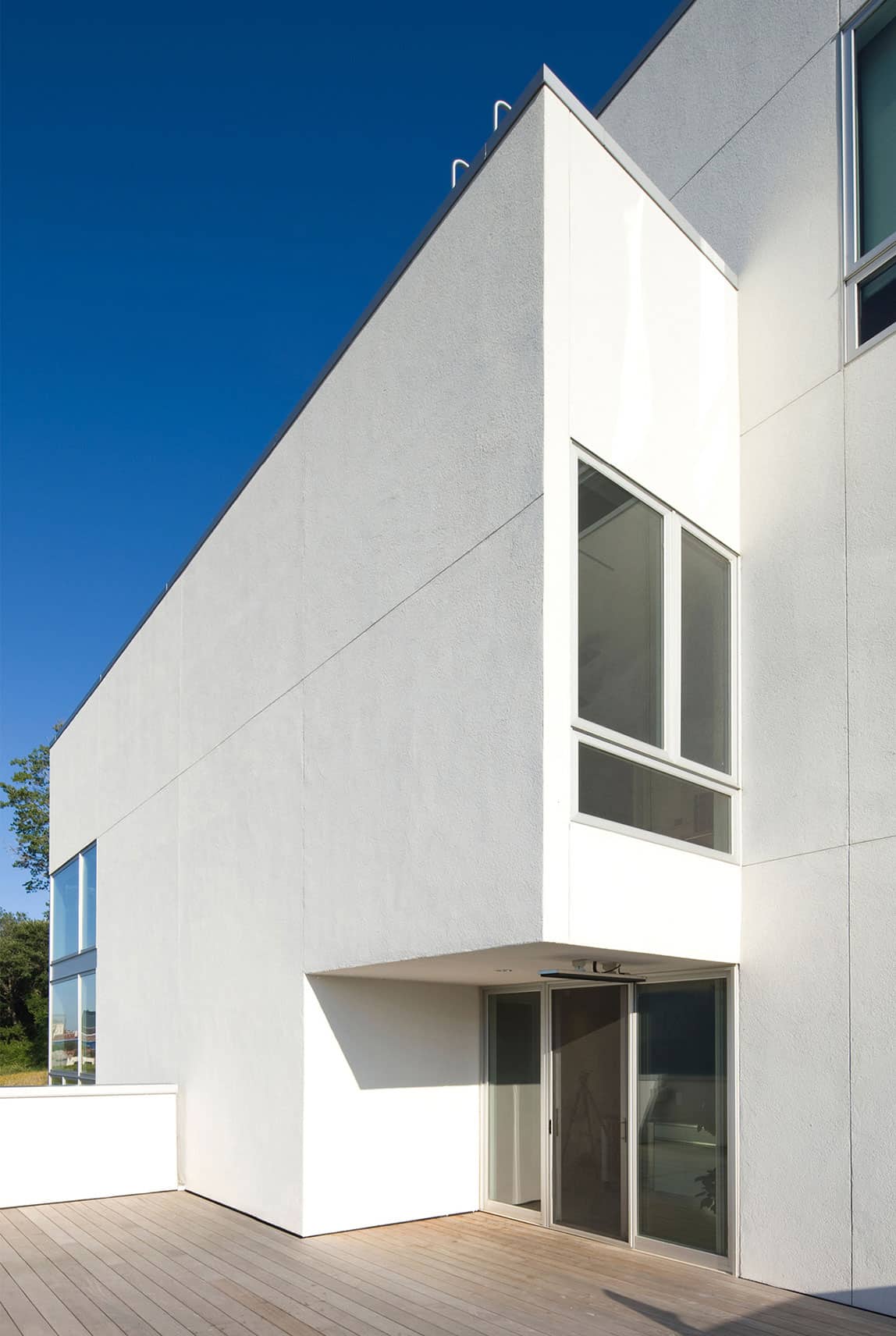 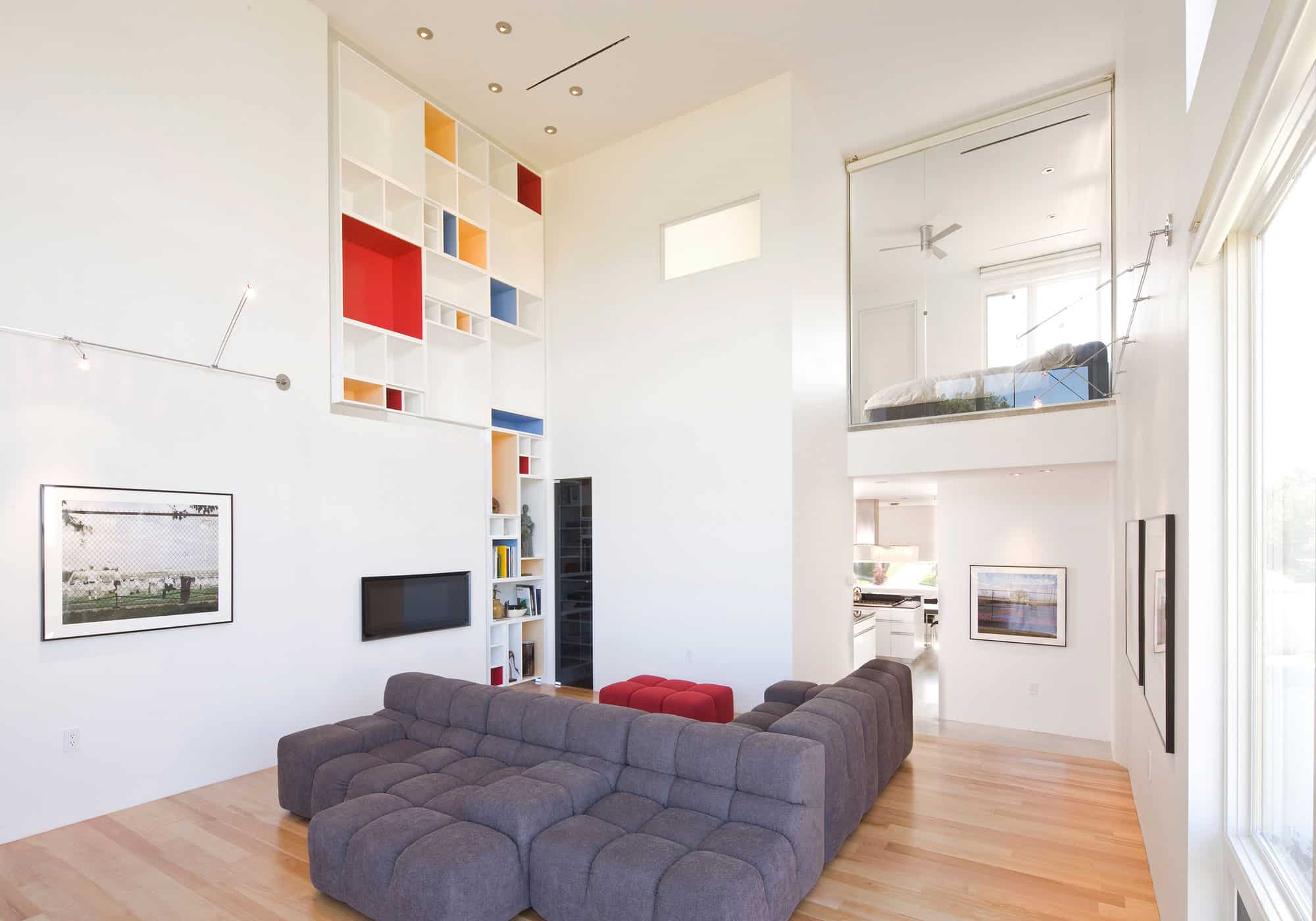 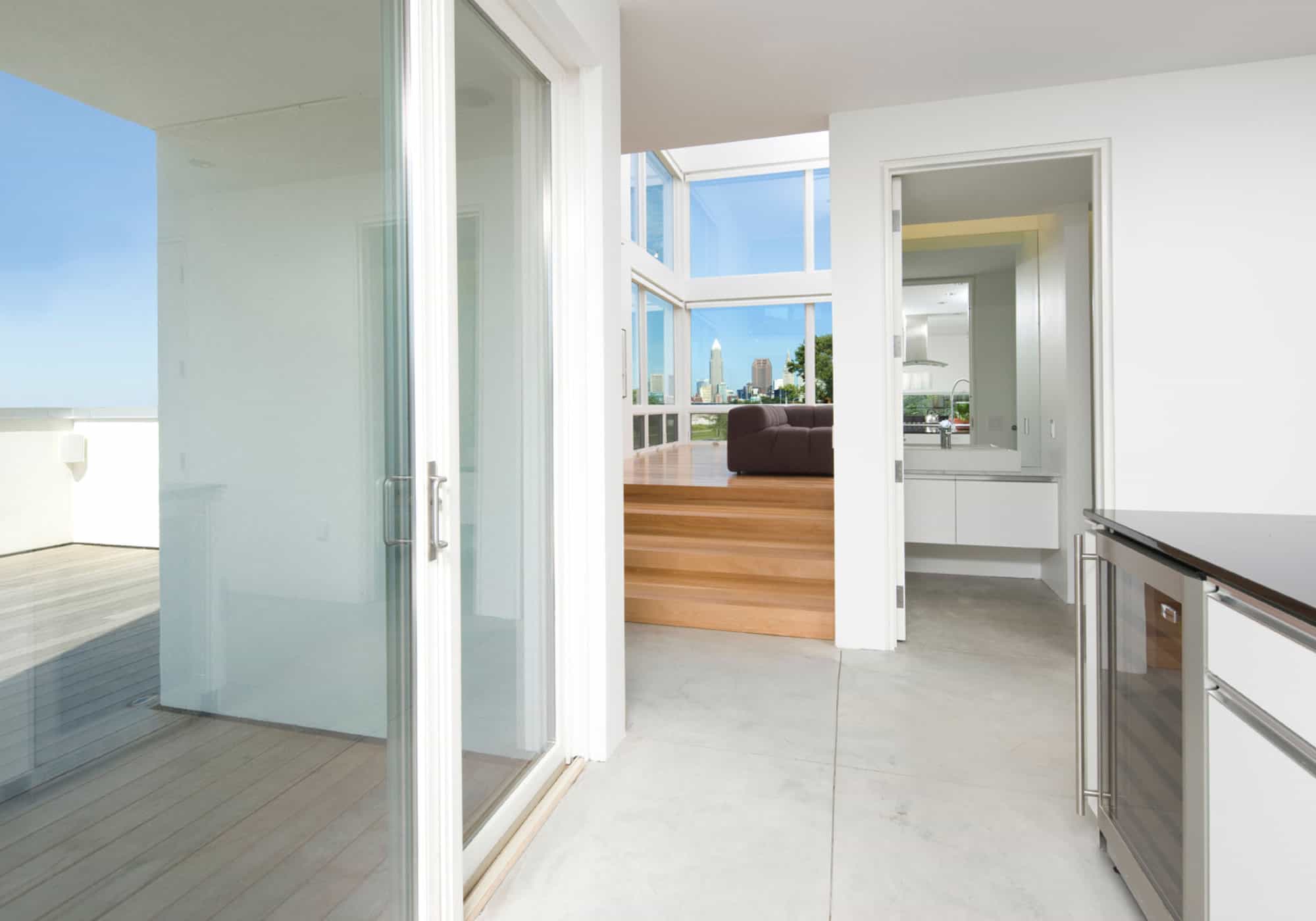 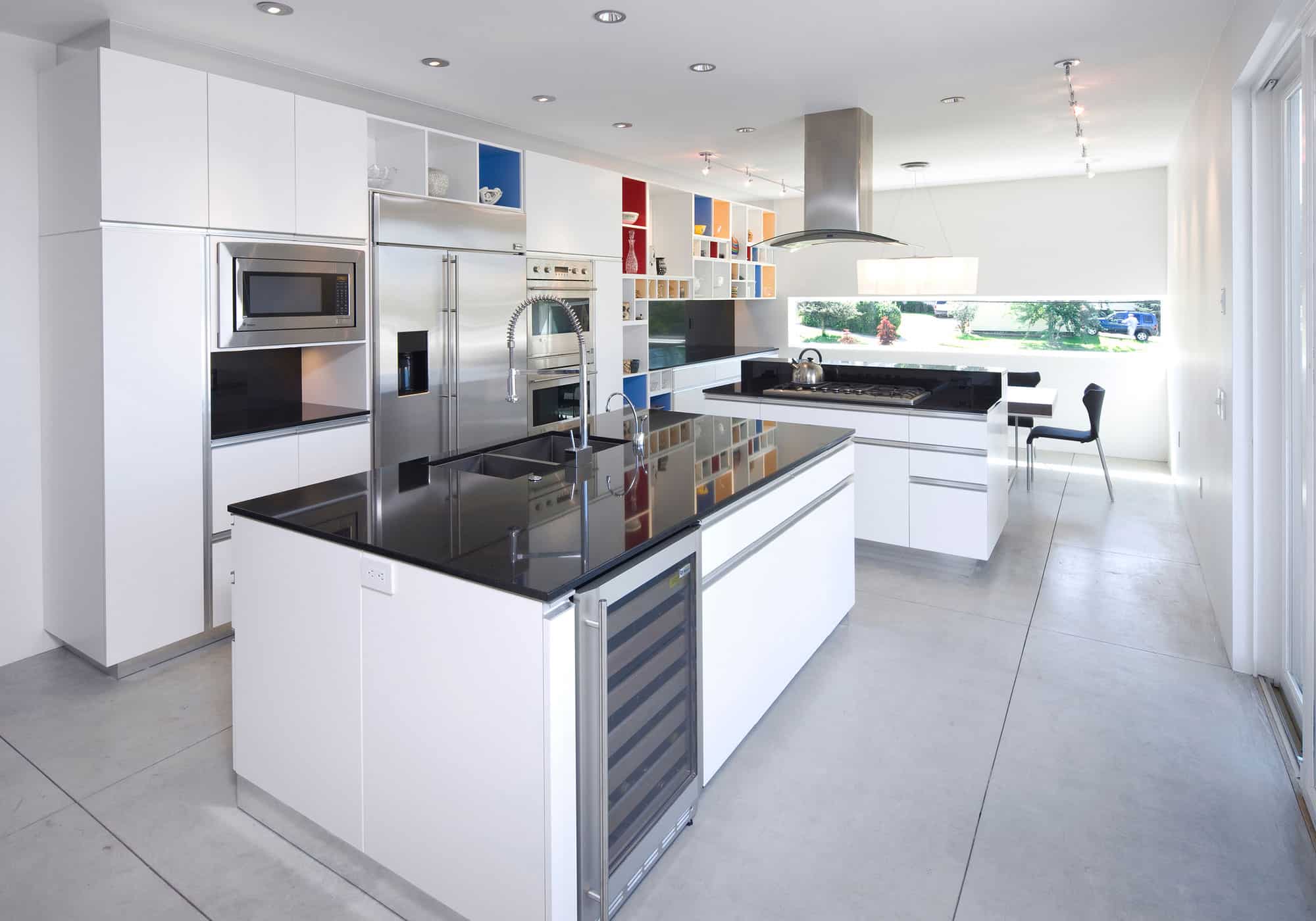 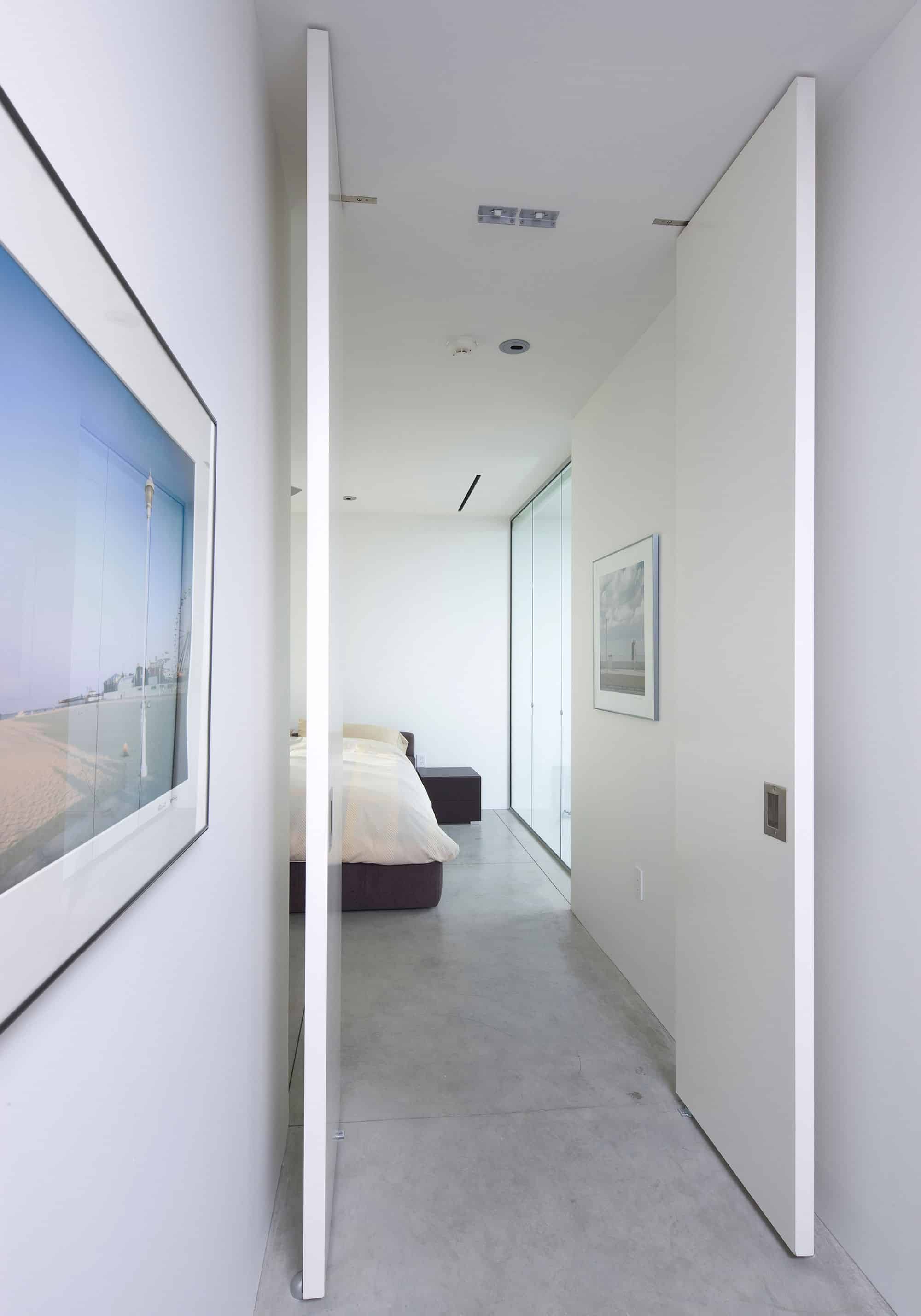 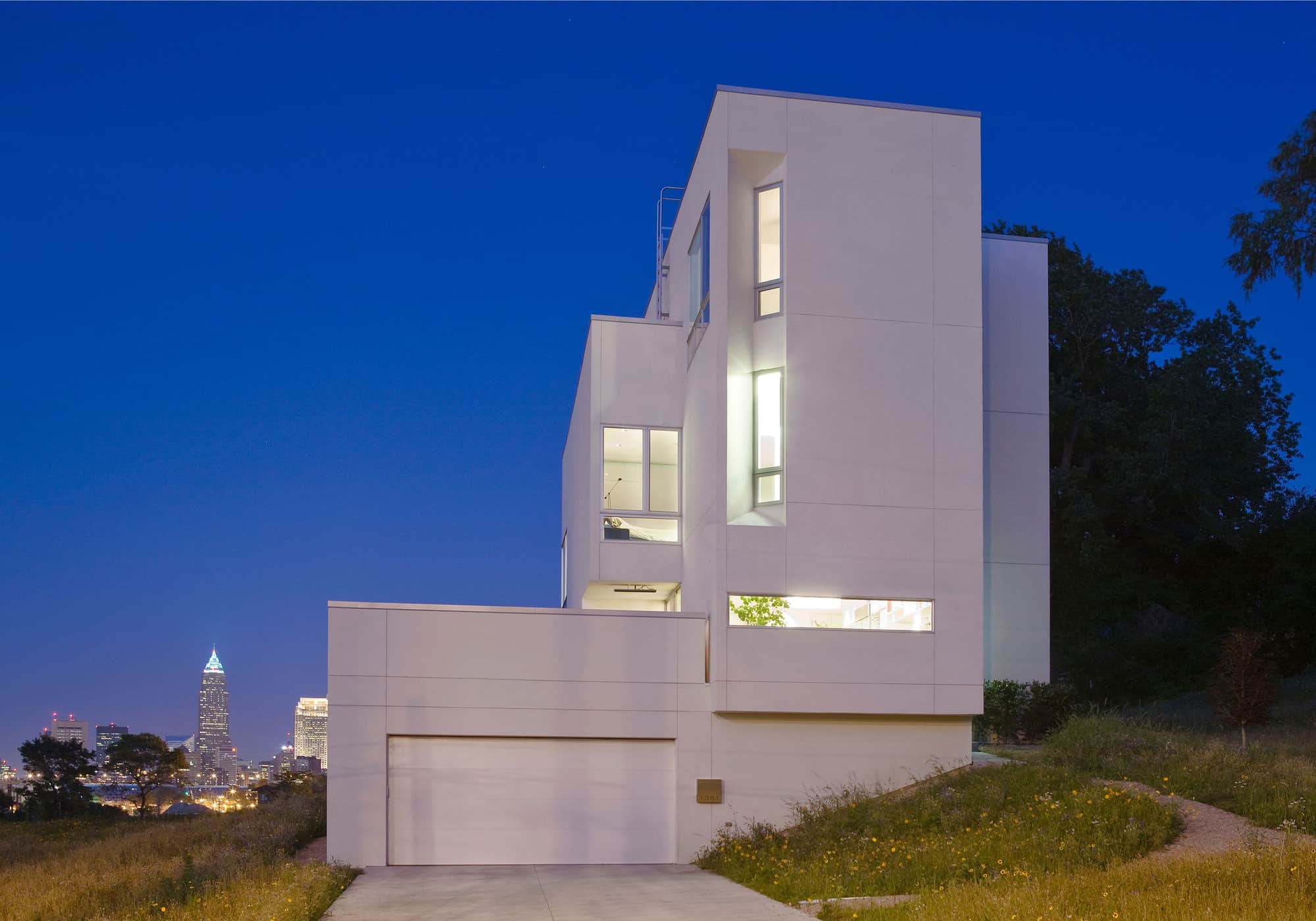 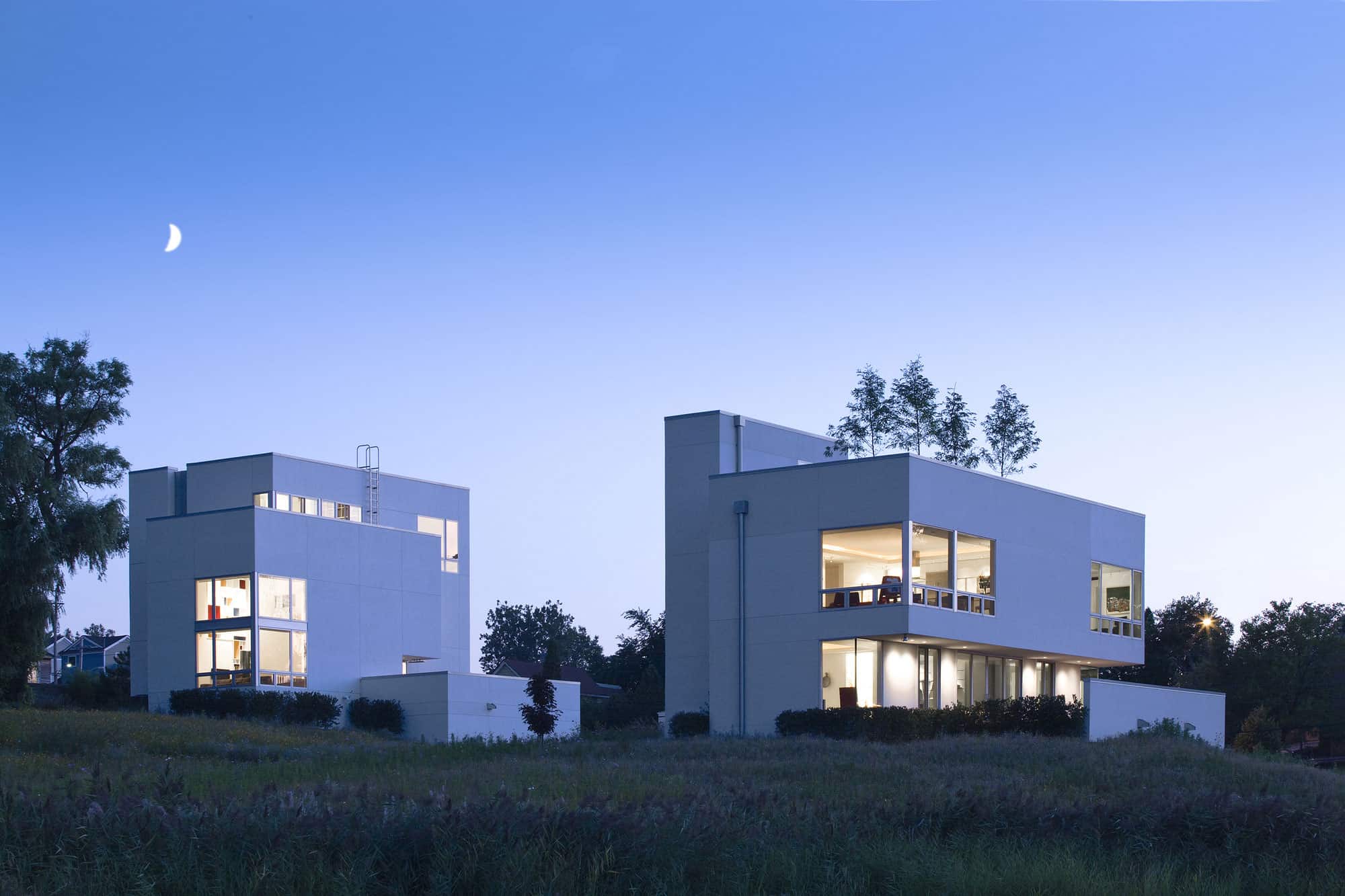 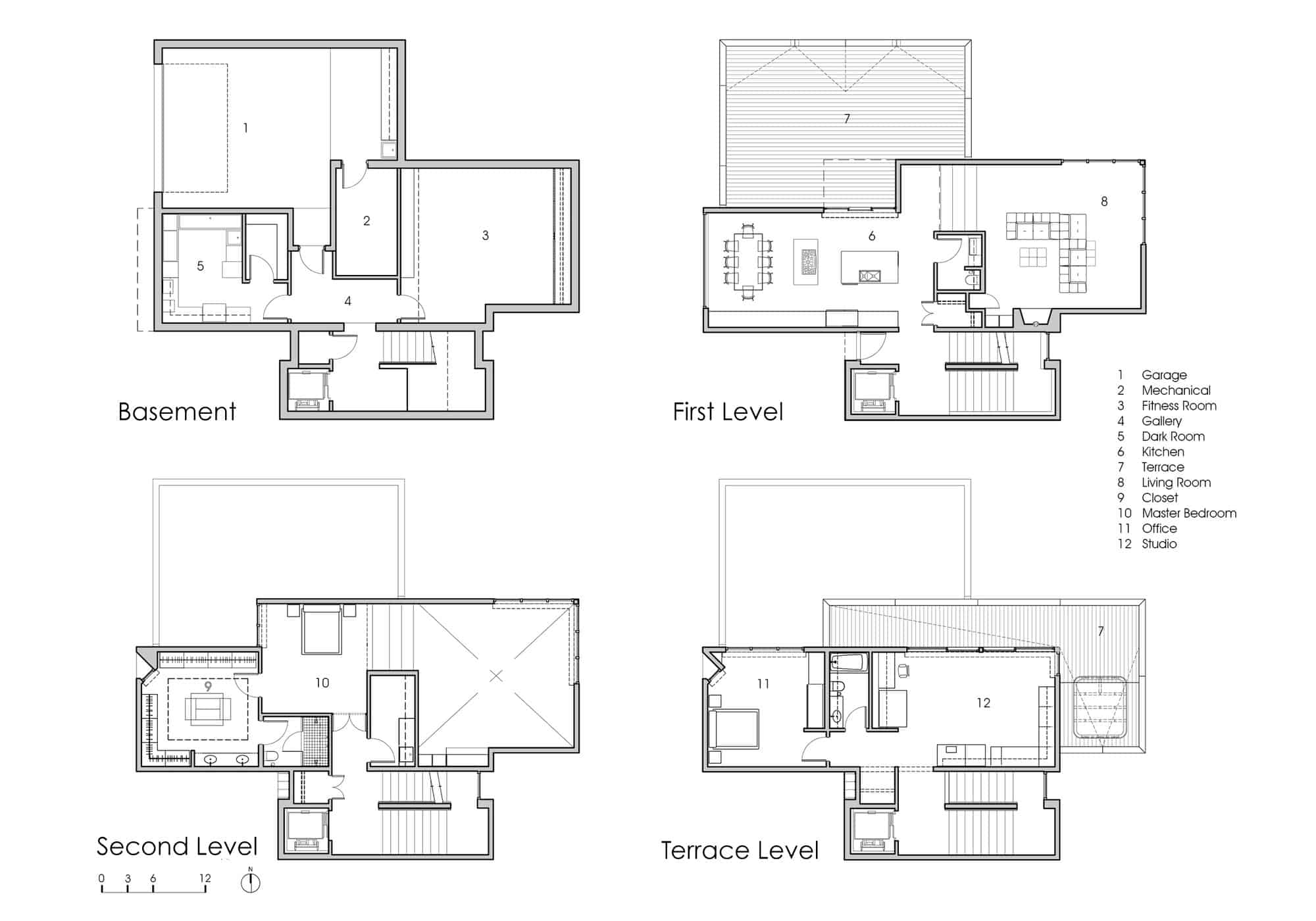 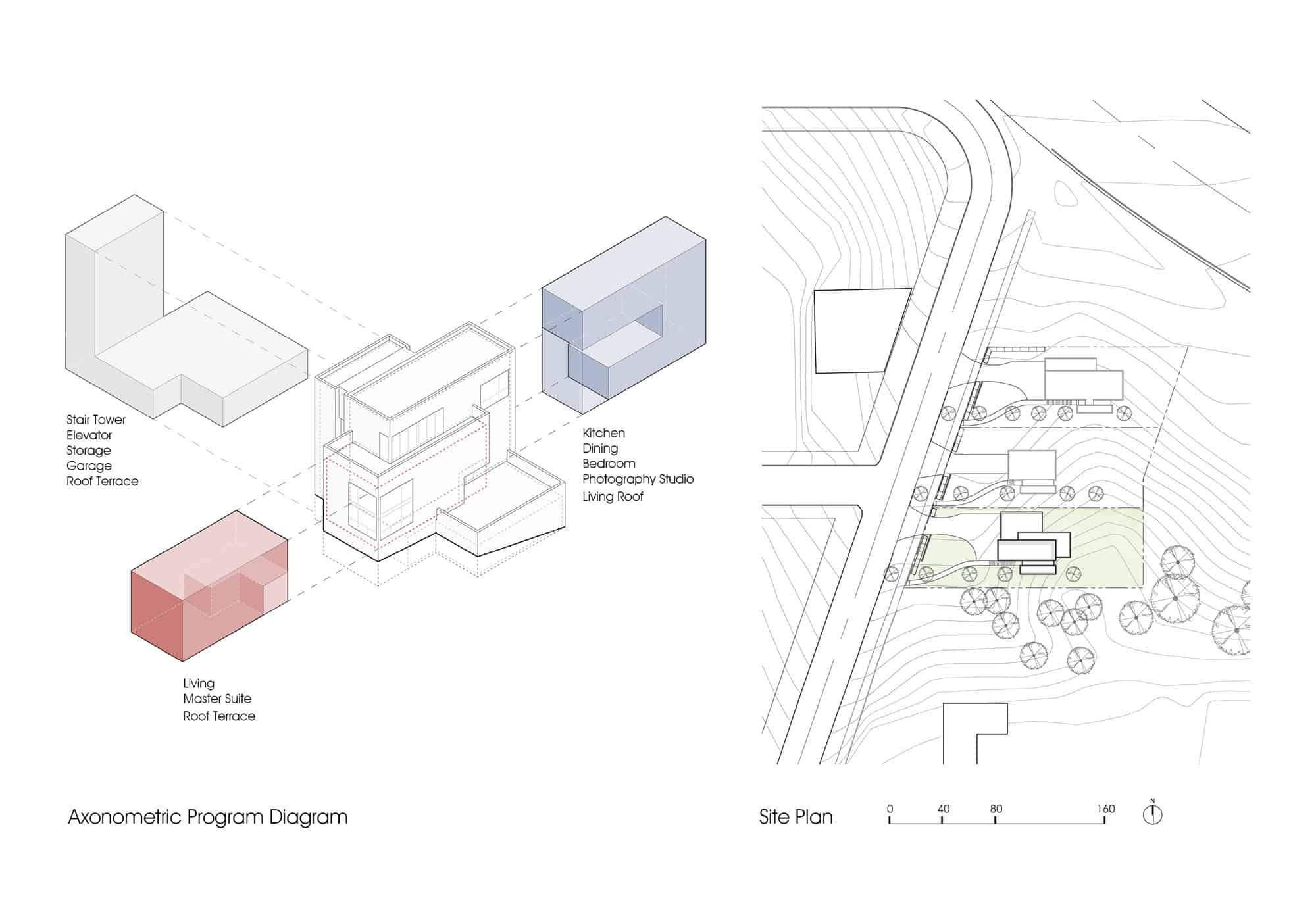 Mintz Residence is a project completed in 2009 by Robert Maschke Architects.

It is located in Cleveland, Ohio, USA, and its interior is bright, made up of mostly white and dotted with vibrant primary colors.

“The Mintz Residence is an urban villa located on Cleveland’s near west side. Despite being situated within the urban context of the Detroit-Shoreway neighborhood, its “virgin” site is an idyllic enclave within a park-like setting. Uninterrupted views of Lake Erie and Cleveland’s downtown and industrial flats, as well as the site’s proximity to a busy vehicular thoroughfare, keep the project connected to its urban environment.

Designed for a couple, one of whom is a photographer, the program called for spaces to live, work, and play. These were distributed on four levels due to a limited footprint and a desire to take advantage of the spectacular views afforded by the site. This vertical organization gives the architecture a sense of urban density even in contrast to its residential scale.

The architecture of the Mintz Residence is articulated as a series of minimal and discrete volumes which continually stack and shift, both in plan and in section, generating the building’s massing. More than a compositional device, these formal manipulations take advantage of the singular opportunities and constraints of the site. Instead of a monolithic geometry, the multiple shapes suggest a subtle integration into the dramatically sloping hillside. As the volumes stack and overlap, the resulting interstitial spaces form a series of terraces and cantilevers which shelter exterior space. On the interior, intersections between volumes create dramatic double height and mezzanine spaces, blurring the boundary between communal and private domestic zones.

The exterior fenestration is composed of a variety of different apertures. The resulting effect is to create a distinctive sequence of views, including vistas, panoramas, and glimpses, which recalibrate the viewer’s engagement with the surrounding context as one experiences the diversity of spaces in the residence.”