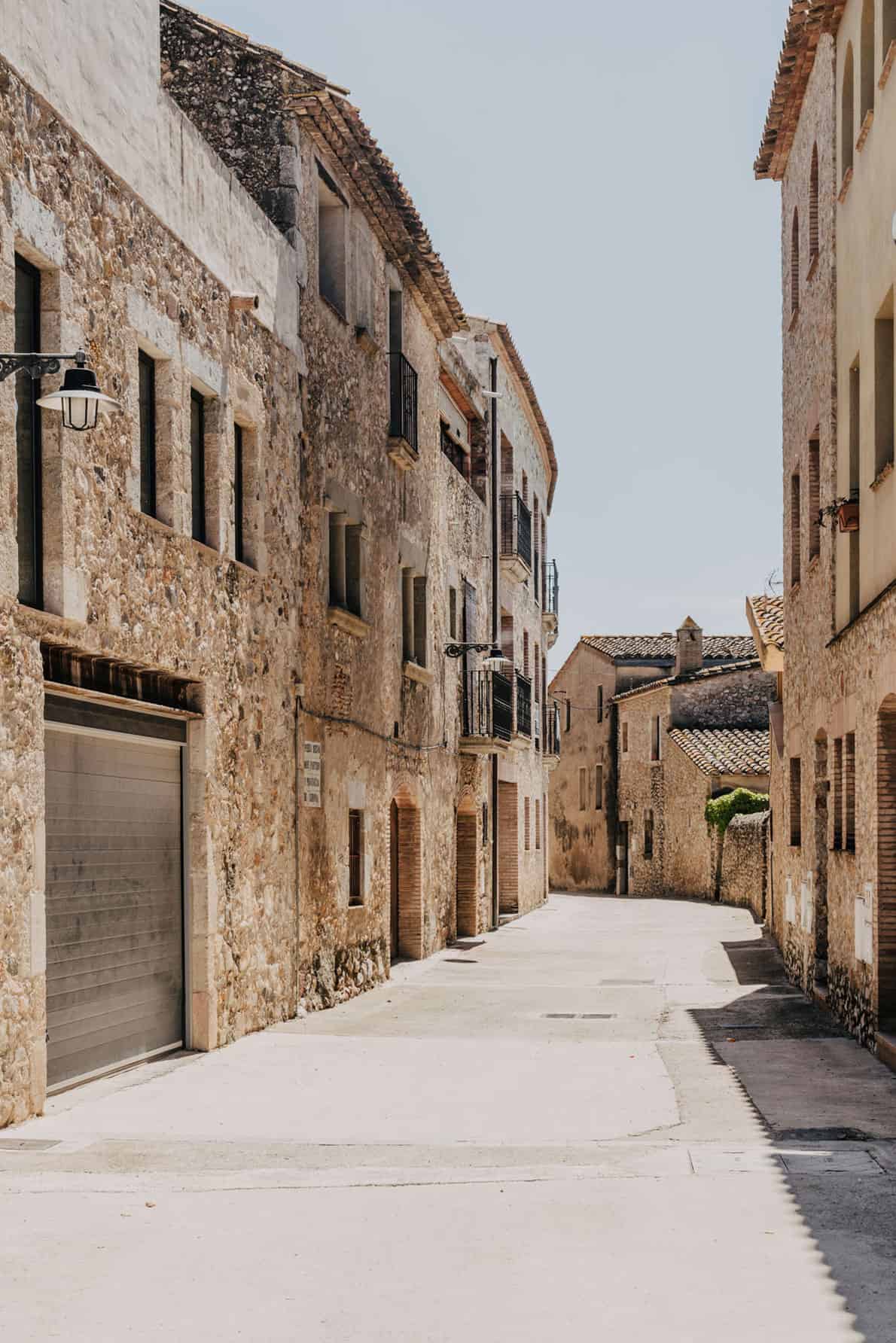 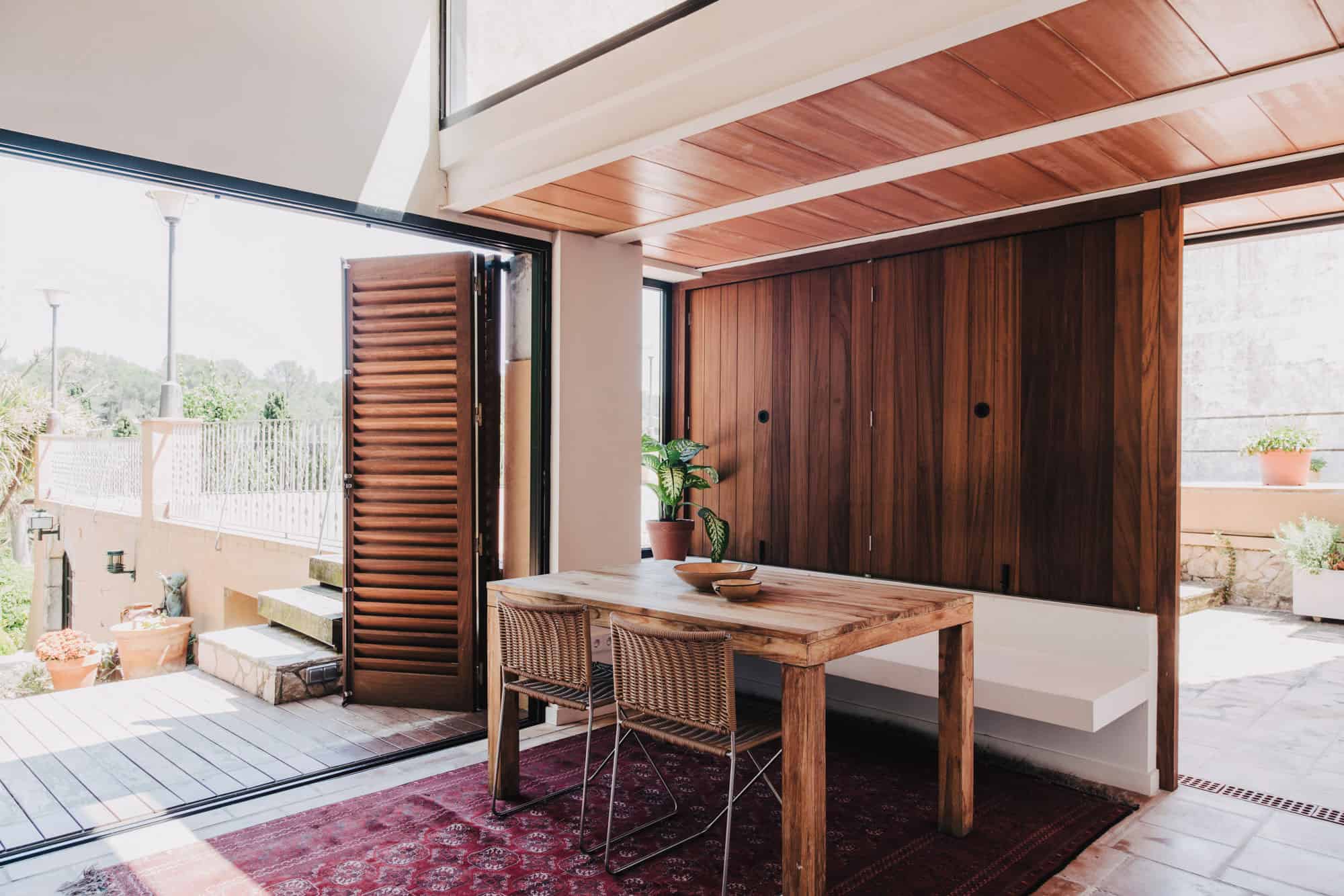 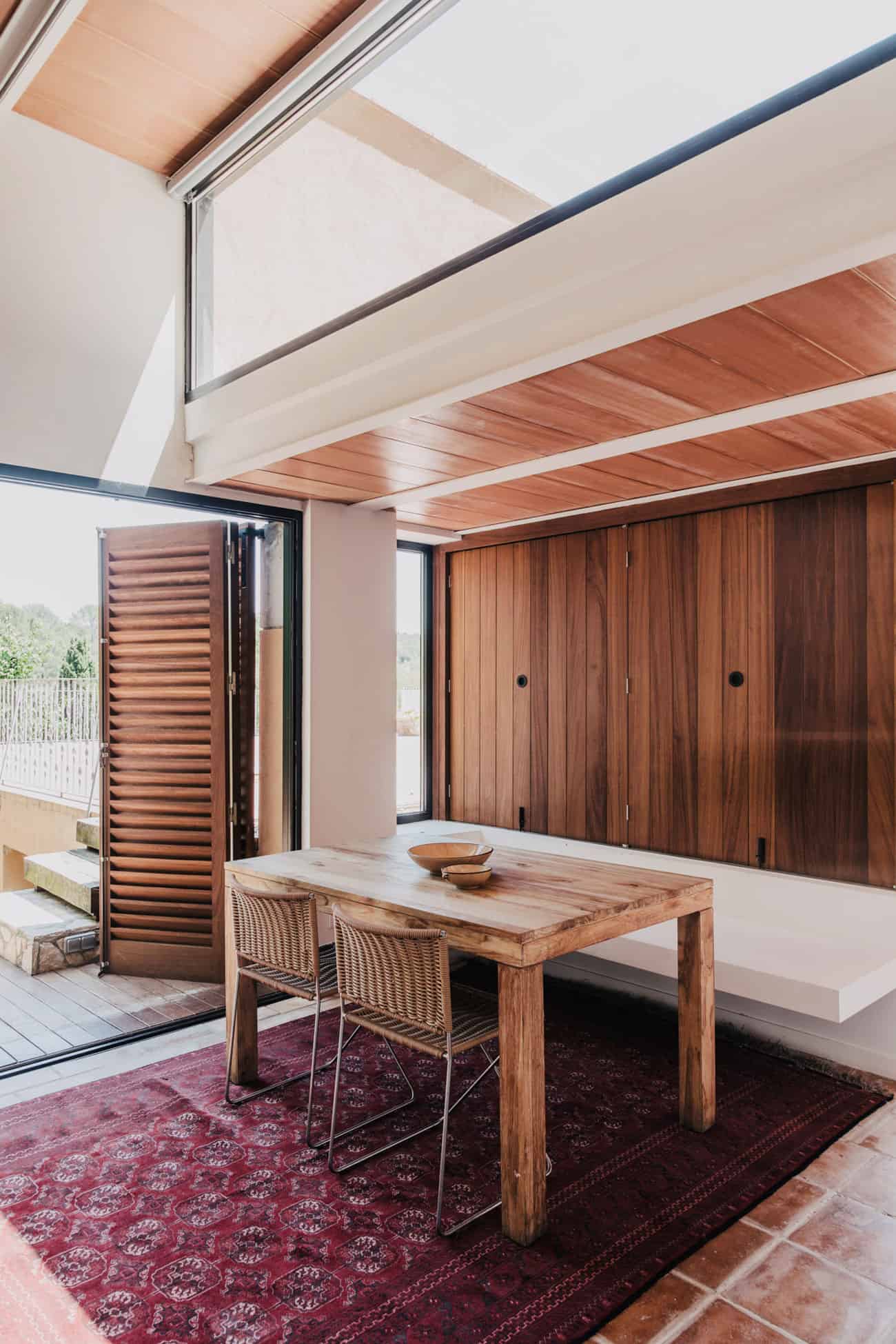 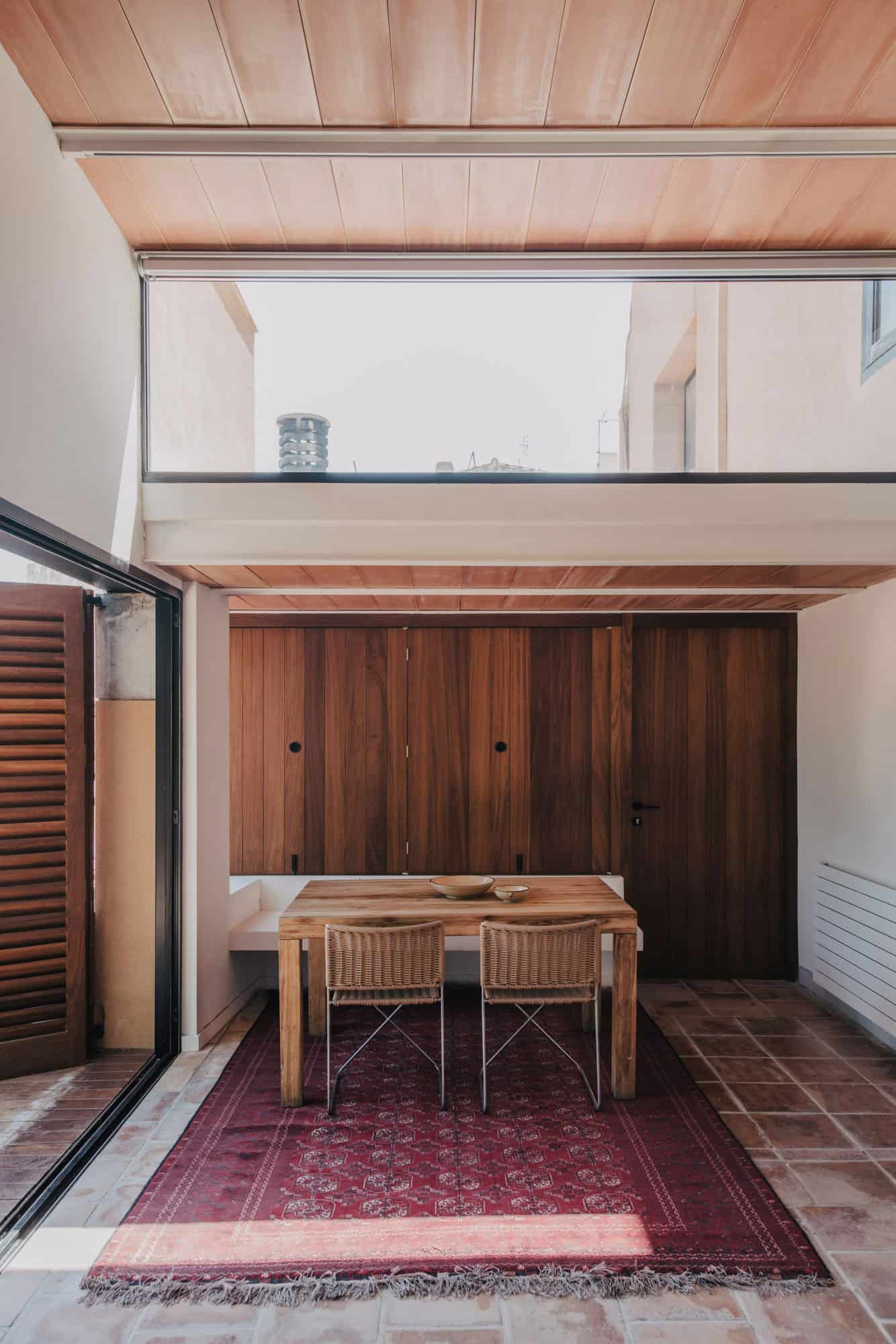 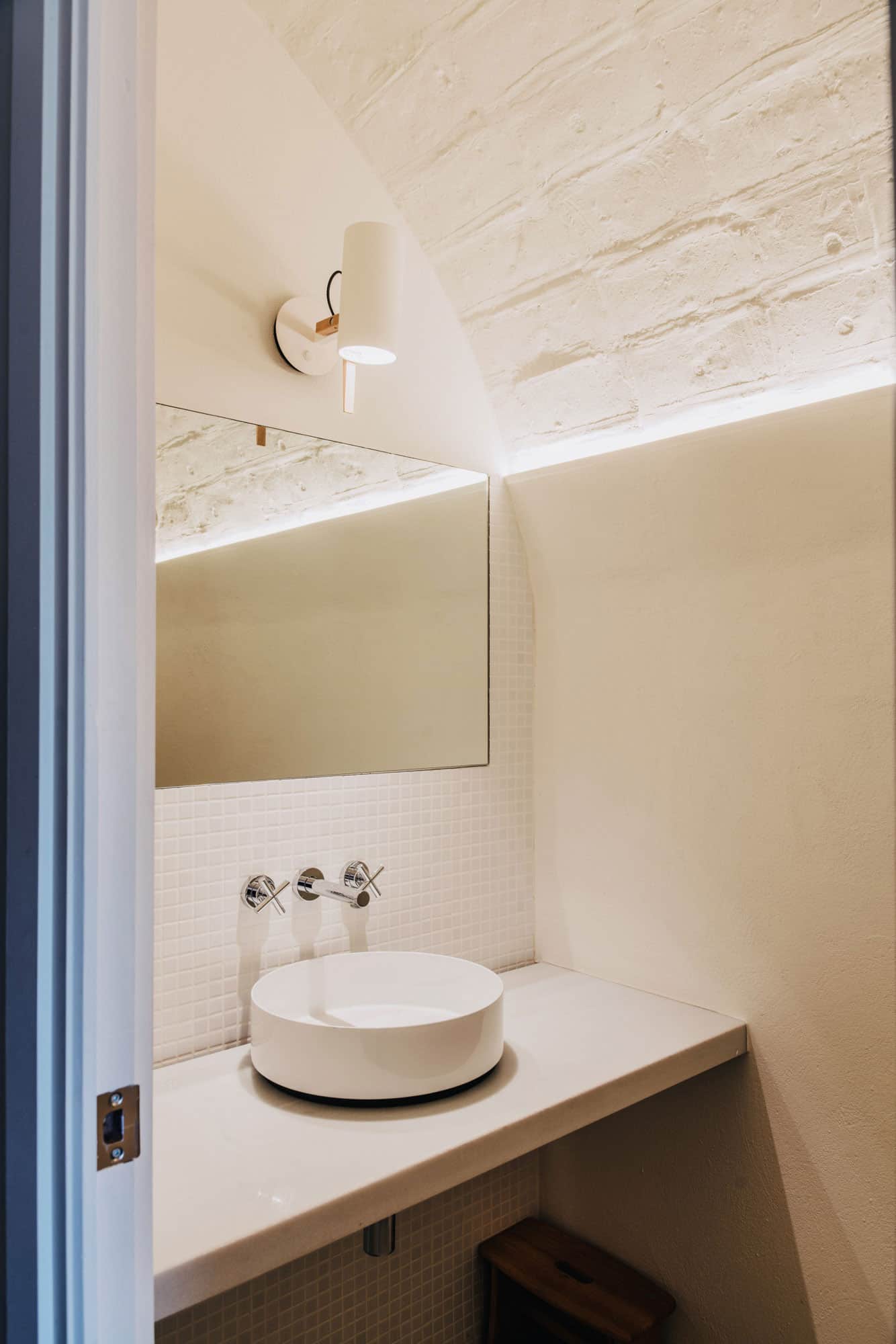 Sant Mori Enlargement is a residential project completed by Mesura in 2016.

It is located in Sant Mori, Spain. “A couple, a traditional house in the Empordà and one dream.

Houses should evolve along with its users.

Ana María and Manuel made the decision of spending as much time as possible in their summerhouse in Sant Mori, a rural village located between Figueres and Girona. Among forests and fields, this particular place offers their inhabitants the typical landscape of the Empordà.

The objective was to recuperate the views lost in the small enlargement project and the old swimming pool area, taking profit of the stepped zone in the land slope. We had the opportunity to revitalize the noblest part of the area, and to give this place a different way of living with new exterior and interior limits and comfort parameters for this new period.

The house had been designed to be used and enjoyed by one family during summer months and holidays. Up to now it was too big and impractical to live in during the whole year.

MESURA’s proposal was to adapt the floor with access to the garden and restore an old and forgotten kitchen (as there was a bigger kitchen integrated in the noble floor), with the idea to transform it in the new heart of the building.

Can Blasco-Nicolau, located in the historic old quarter of the medieval village of Sant Mori, had a large kitchen/dining room/living room area on the ground floor, which was used in the holiday period. Nevertheless, the existence of an old kitchen in this floor was the perfect opportunity in order to provide a more efficient use of this area and a new life to the building, in particular during cold winter months.

The Project planned a complete rehabilitation of the kitchen with a total opening to the contiguous terrace and an additional covered opened area which was going to be used as daily dining room and small living room.

The already special qualities of the building with its enormous personality have been maintained and strengthened. We could say that the new reform does not compete but improves its original identity.

In our first visit we discovered that the kitchen was closed to the exterior area (except for a small window) and covered by an excellent Catalan vault that rested on walls. Therefore, it was clear the need to open the kitchen with a new expansion that profited the vault and linked both rooms maintaining the typical structure of the house.

Some years ago, in 1999, a small porch had been built. It had an unidirectional structure along the façade and it had been one of the most lived areas by the client in the hottest summer afternoons. This fact was relevant to us. It was important to strengthen this small area in order to build a new dining/living room interconnected with the porch and at the same time homogeneous to the garden.

From a structural and economic point of view, as well as from the environmental and visual impact (it is a protected house according to POUM in 2009, documented by the architect Amador Ferrer), this small intervention was an excellent solution because it didn’t incur in added volume but only redrew and completed its own irregular and fractured facade.

Following the line of the facade would let us profit an old pilaster (although its height was insufficient, 1,40m) and save on foundations considering the problems with the existing basement floor. In this way it was possible to build a roof without the need to place a pillar in a unidirectional structure (formed by one HEB-200), supported on the existing pilaster, and built with a concrete die to reach the minimum required height.

This unidirectionality allowed us to reach a total flexibility in the roof nogging, with two differentiated levels: the first one at 2,20 m (7 ft) in order to reduce the access area and to find a more humane dimension for the dining room. The second one sought the maximum spatial spaciousness (3,5m [11.5ft]) to have a skylight (luthern) and contact with the exterior.

Consequently, the project was formalized thanks to its own structural response and therefore to the esthetical result.

Blasco-Nicolau Project is an effort to reduce to a minimum the strictly functional and structural aspects, with the objective to reach maximum spatial quality. The use of indoor areas with generous dimensions and opened to the landscape has let us improve its relationship with the environment and also experience a different relationship with Sant Mori’s natural surroundings.”