When we think of stone walls, we usually think of little stone cottages where the rocks are featured on the outside of the house, making it look like it was made with rocks found right on the country land. This particular house, however, changes that conception of “stone walls” a little bit because these designers decided to feature their stonework on the inside of the home! 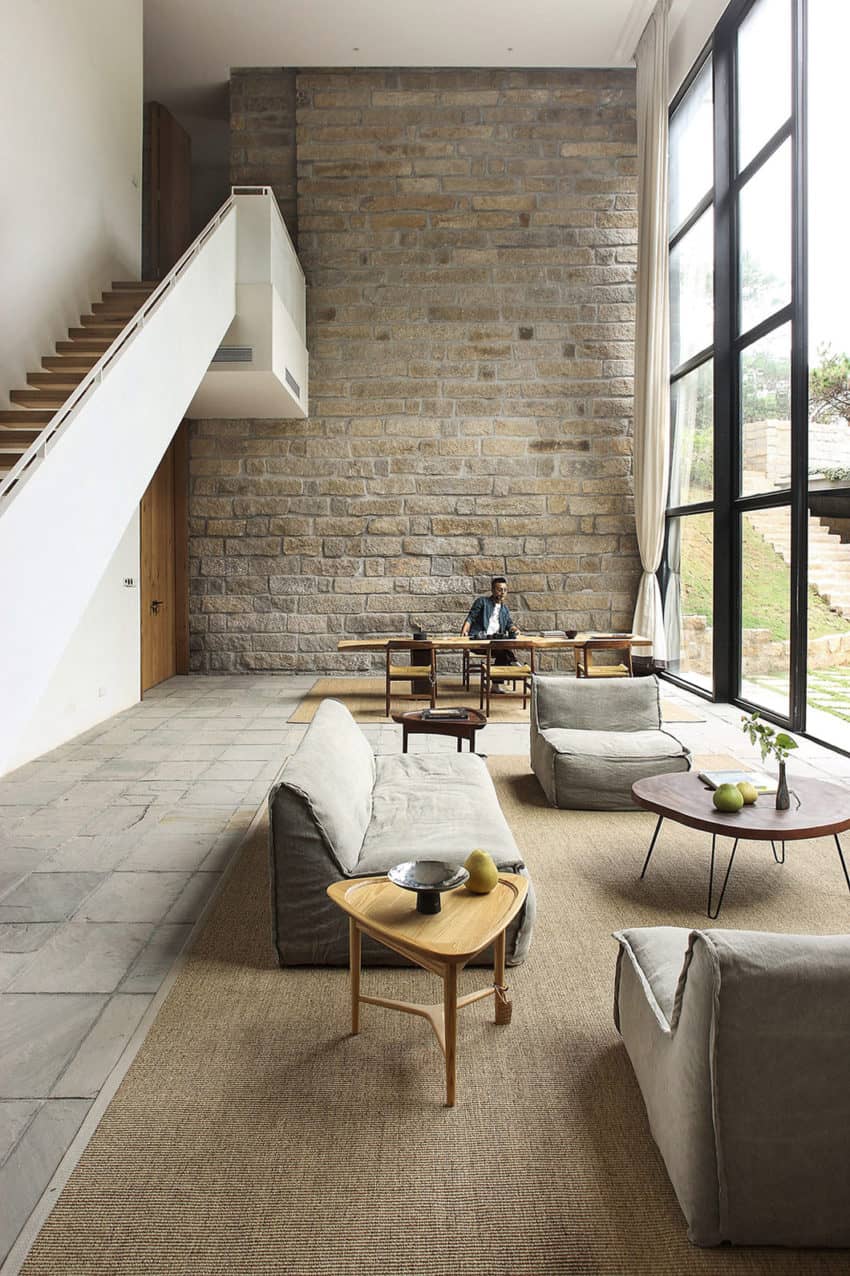 Returning Hut is a residential project in southwest China that was recently completed by FMX Interior Design. It’s chalk full of breathtaking features both inside and outside, but the two things you’ll notice first are the sky high windows and the inclusion of rock. In each of the rooms, at least one accent wall is built of stone bricks from floor to ceiling in a way that looks rustic but incredibly stylish in contrast with the more contemporary lines of the other decor and furniture. As if that’s not enough of a method for letting stones take centre stage, check out that fantastic boulder right in the middle of the home, nestled into the ground next to the top of a staircase!

If you turn away from the stone wall, you’ll notice that glass is a huge theme as well. The home includes several glass walls that divide the rooms without splitting things up too harshly and making parts of the house feel claustrophobic. The glass feature that catches our attention the most, however, is the massive panel of windows looking out over the property. This lets the stone walls inside looked grounded with the big stones and boulders just outside the windows for a cohesive aesthetic. You might not find rock the most comforting material in the world, but with windows like that, this home will never have a day that feels too dark and damp inside!

Cometa Architects Design a Private Residence in the Cyclades

SUCRA Arquitetura + Design is a Private Residence Located in Caxias do Sul, Brazil

Patrick Jost Creates an Addition for a Private Residence in Malvern

I Like Design Studio Creates a Private Residence in Bangkok

Residence of Daisen by Keisuke Kawaguchi+K2-Design