Home » House » ITN Architects Complete a Renovation and Extension to an Old 1880’s Victorian Brick House in an Old Suburb of Melbourne, Australia

ITN Architects Complete a Renovation and Extension to an Old 1880’s Victorian Brick House in an Old Suburb of Melbourne, Australia

In our coverage of freshly built and redesigned homes, we often come across architectural projects that involve updating older homes to give them a fresh lease a life. Occasionally we find that contemporary changes and additions can detract from the older charm of the building or look out of place in an older neighbourhood, but designers who really invest in the project and take care in creating contrast between the old and the new often create homes that are absolutely stunning in their update. One such example is Neumann Haus, a private residence in Hawthorn East, Victoria, Australia. 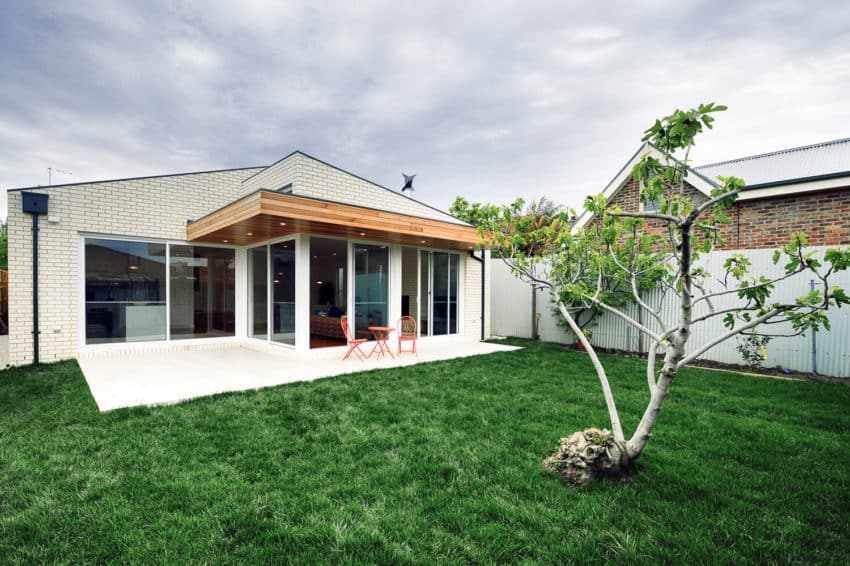 Neumann Haus was reconceptualized and renovated by ITN Architects in early 2016. Rather than giving the entire exterior of the house a drastic facelift so that it looks out of place on its street, the company opted to simply clean the outside up a little and save the major exterior changes for the backyard, where a change in aesthetic wouldn’t interrupt the overall style. They achieved this by creating a brand new back patio area, complete with crystal clear glass patio doors for easy access and a gleaming wood overhand with lovely spot lighting. Summer evenings just got a little better in this household.

Moving inside the house, more drastic changes were made. The designers worked largely with the existing structure of the building, but opened things up in a more contemporary style than was previously fashionable. The inside now features high ceilings that make the central rooms feel light and airy, particularly in combination with the neat, white decor that’s prevalent throughout the house. The furnishings and shapes of more permanent fixtures like cupboards and counter tops are comprised of clean angles and streamlined shapes, but not to the degree that the home feels cold or unlived in. Instead, the place has a comfortable modernity about it that balances well with the more traditional front in the exterior of the home, making it quite the experience for visitors!

Aspect 11 Designs a Home in the Melbourne Suburb of Northcote

Dramatic Transformation of a Victorian House by MWArchitects

A Warehouse Turned Into a Home in Melbourne, Australia