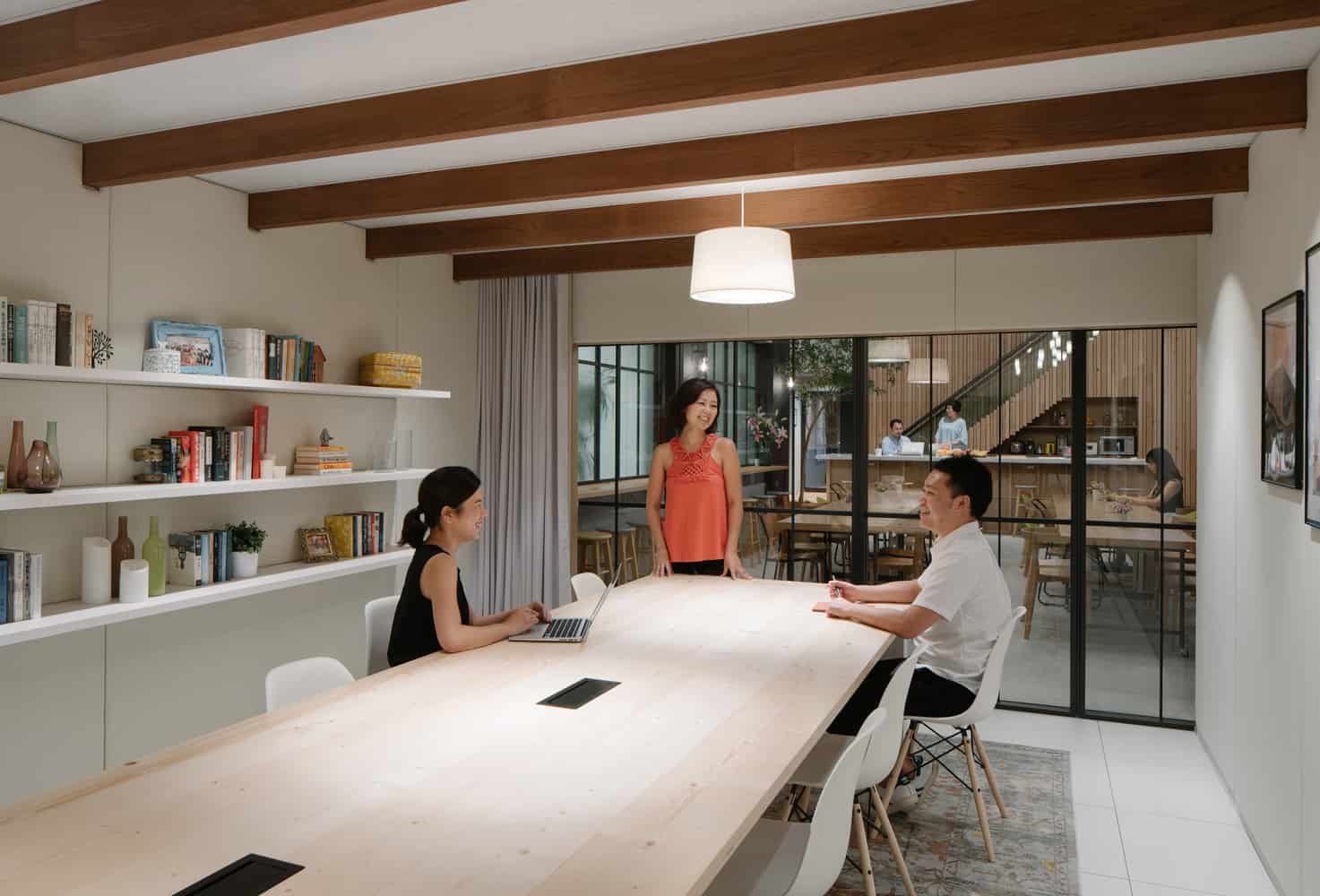 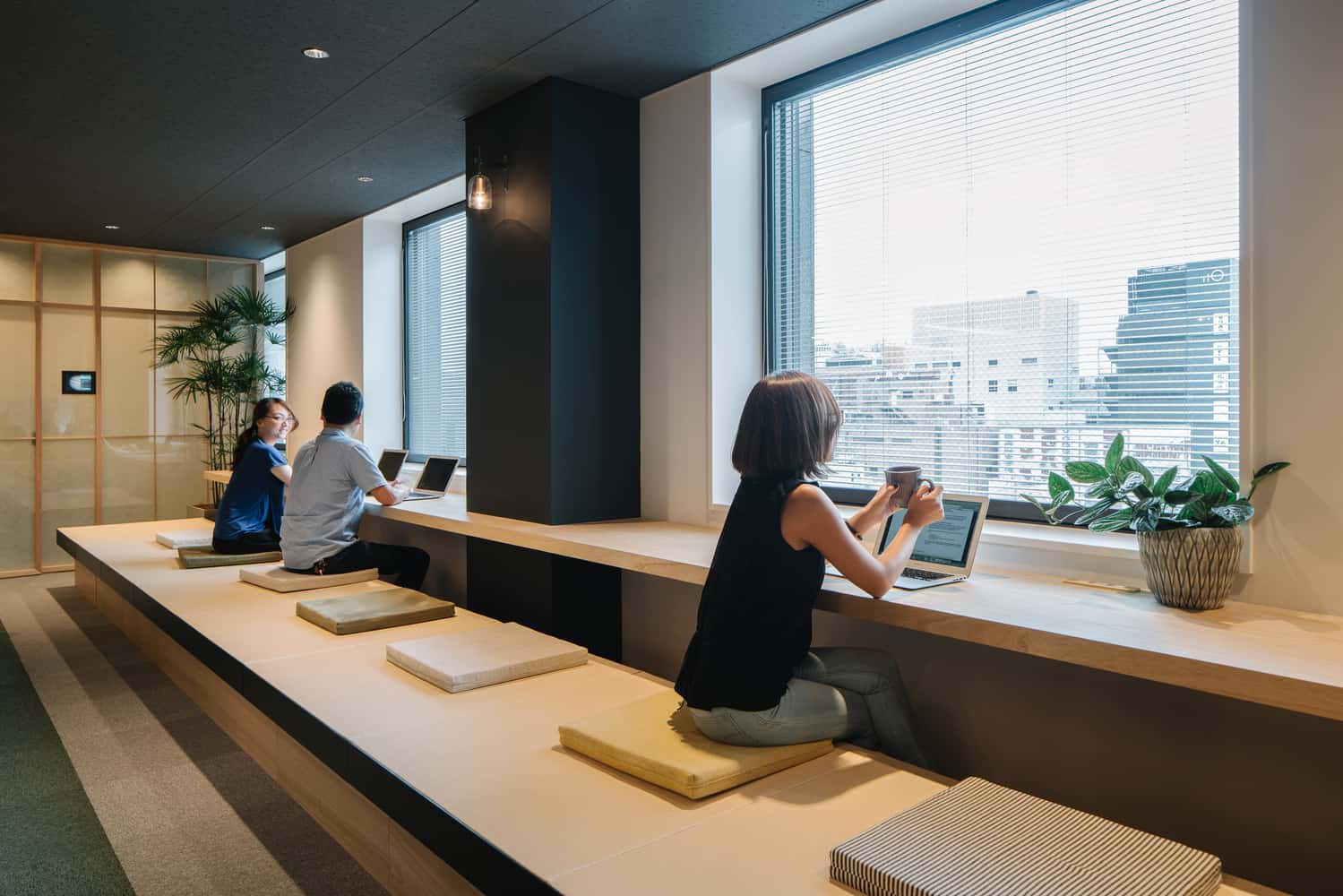 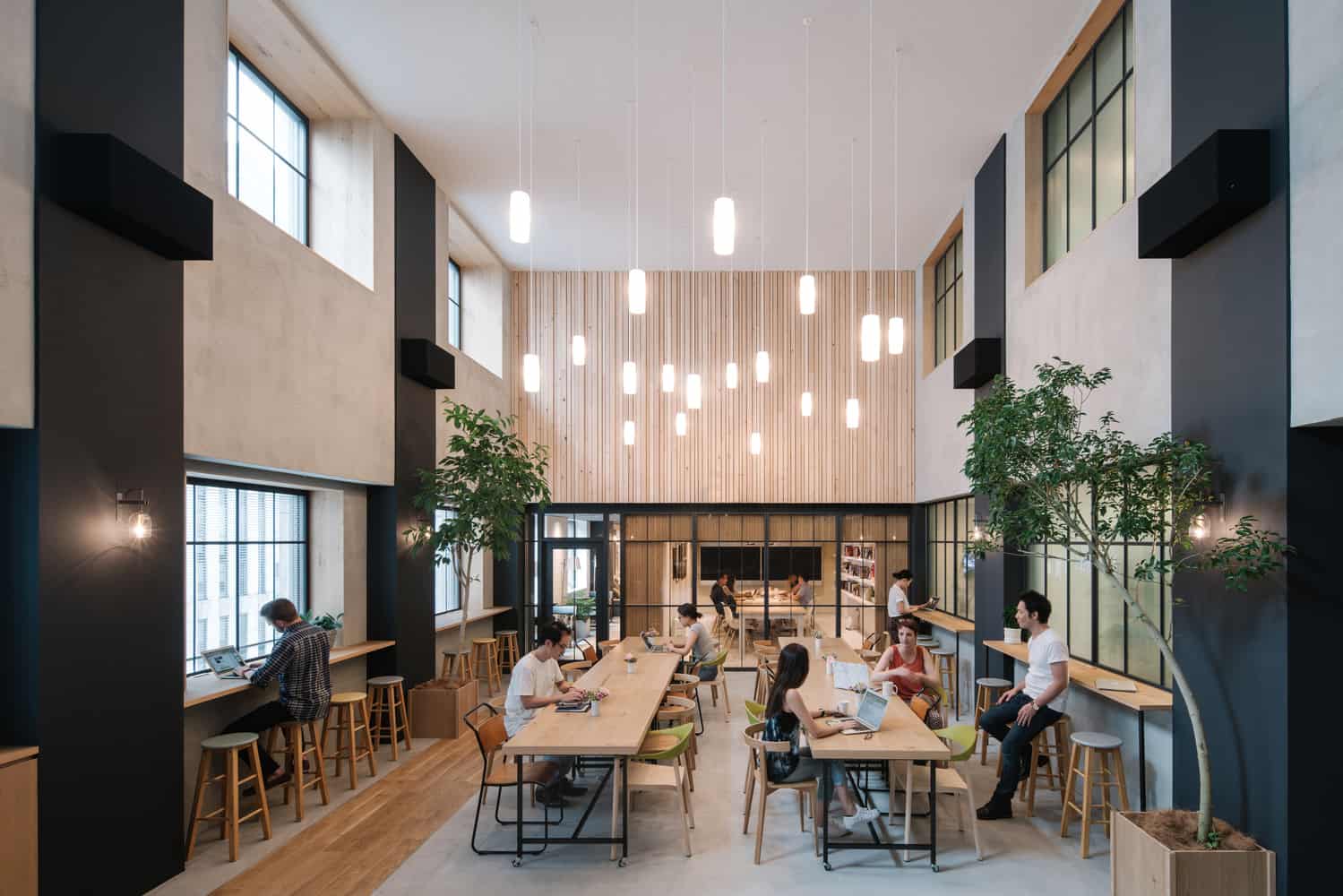 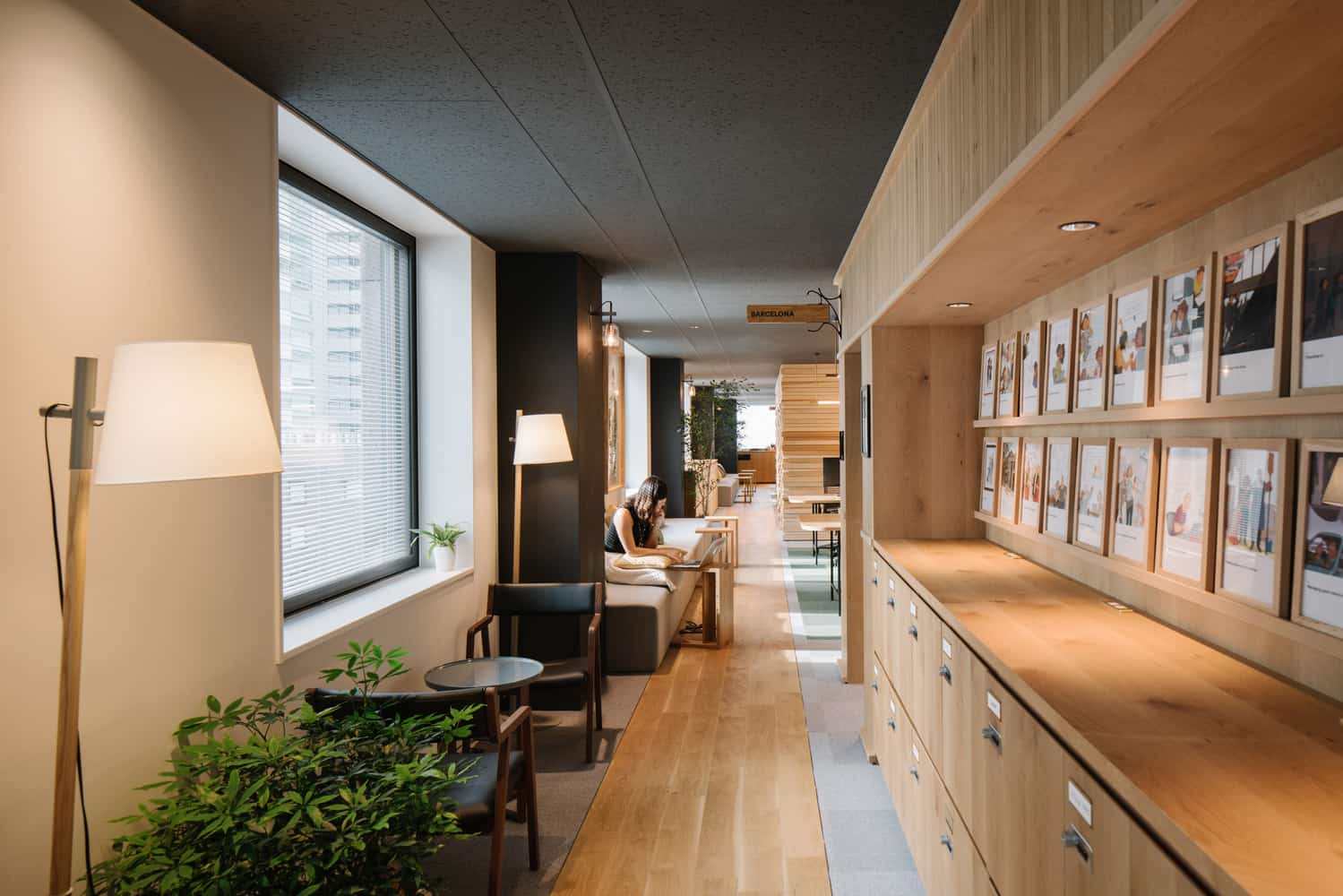 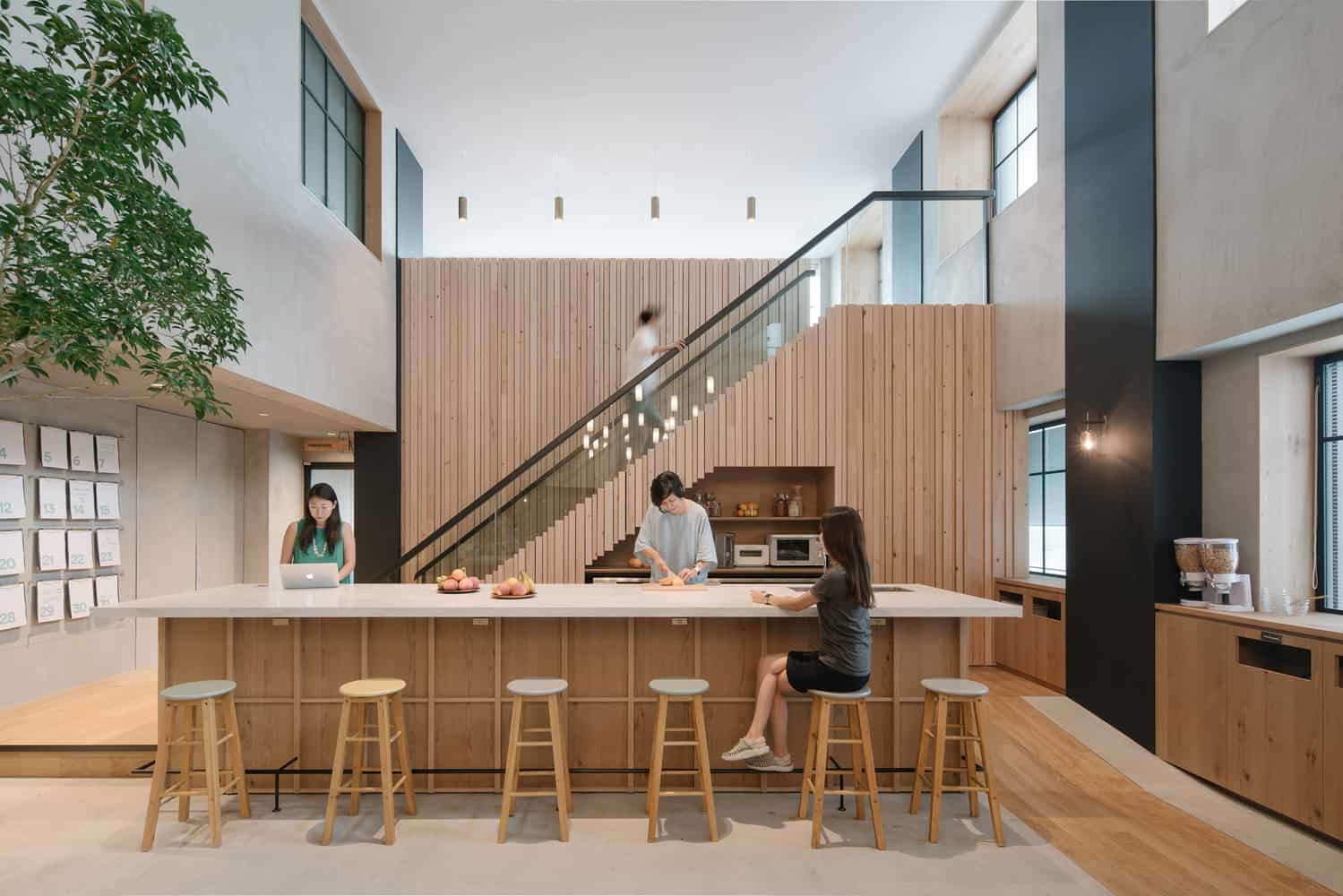 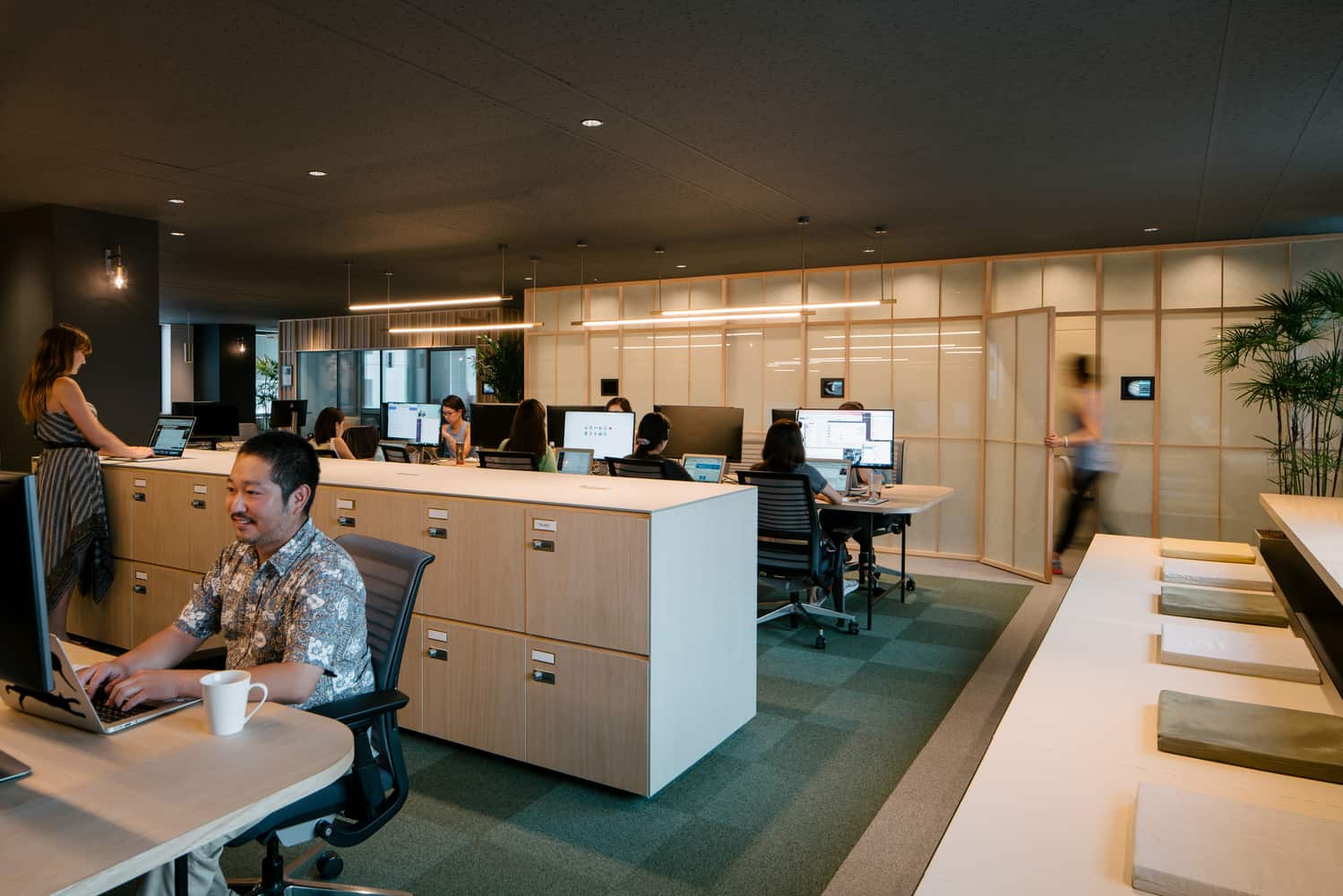 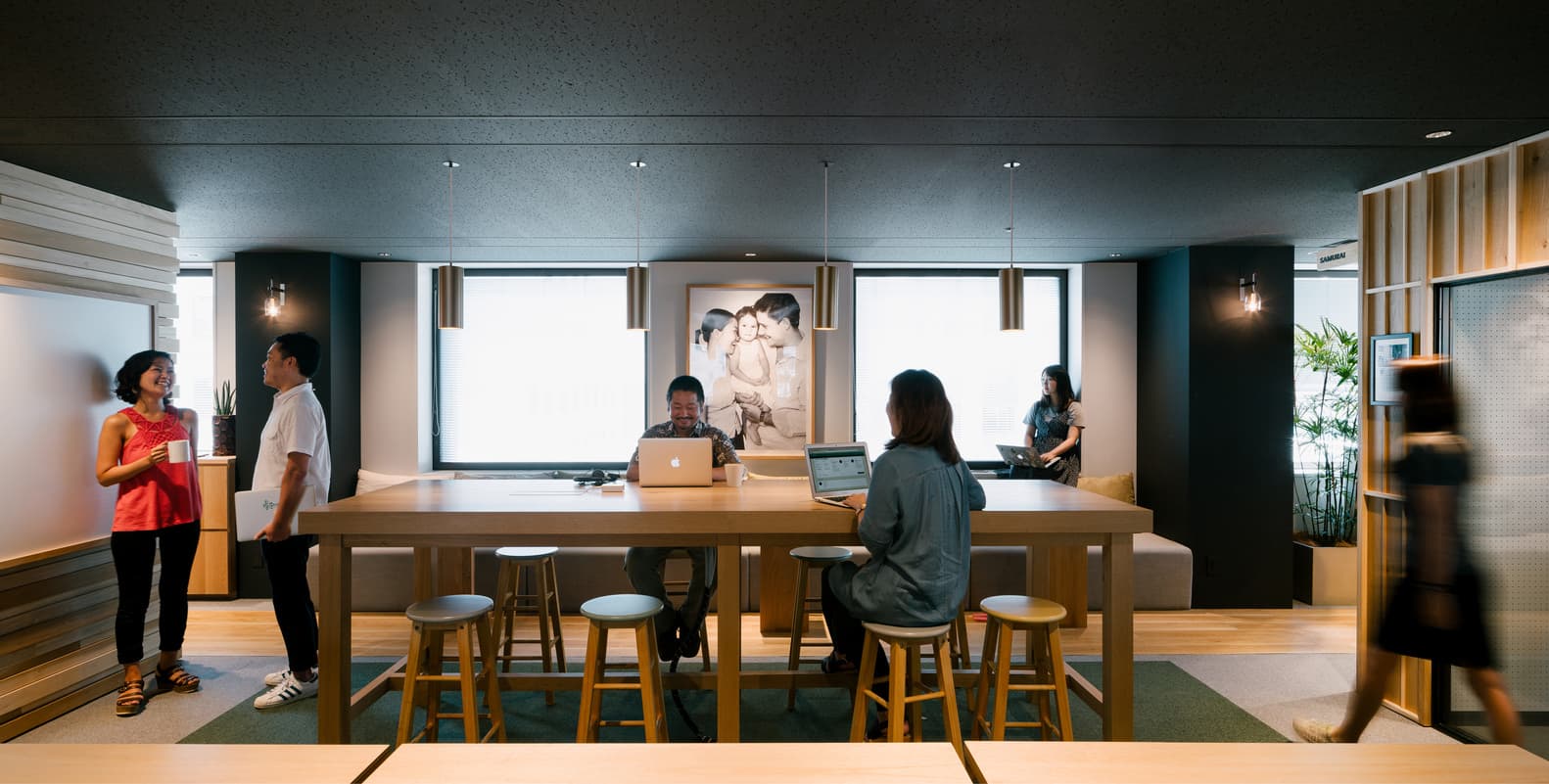 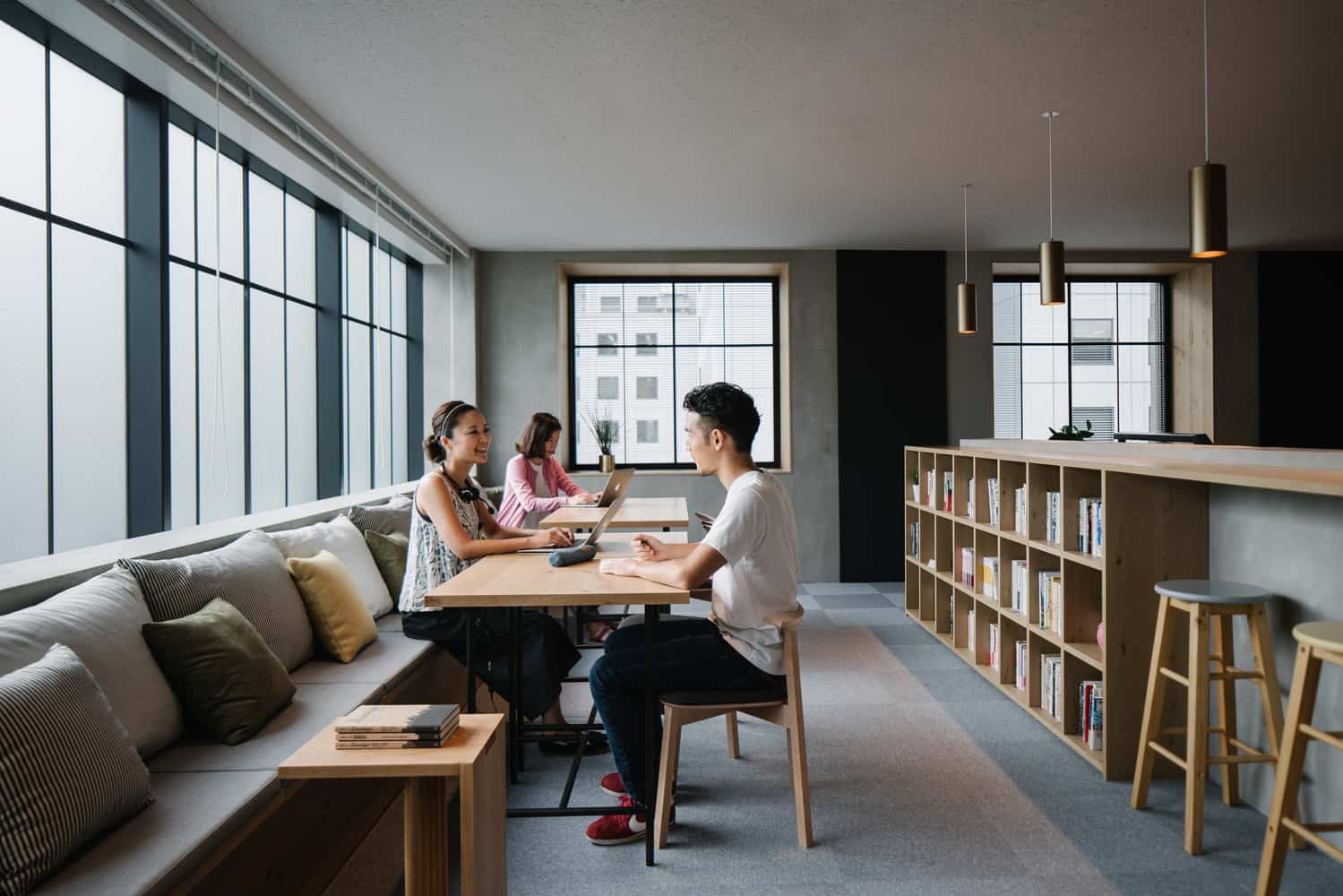 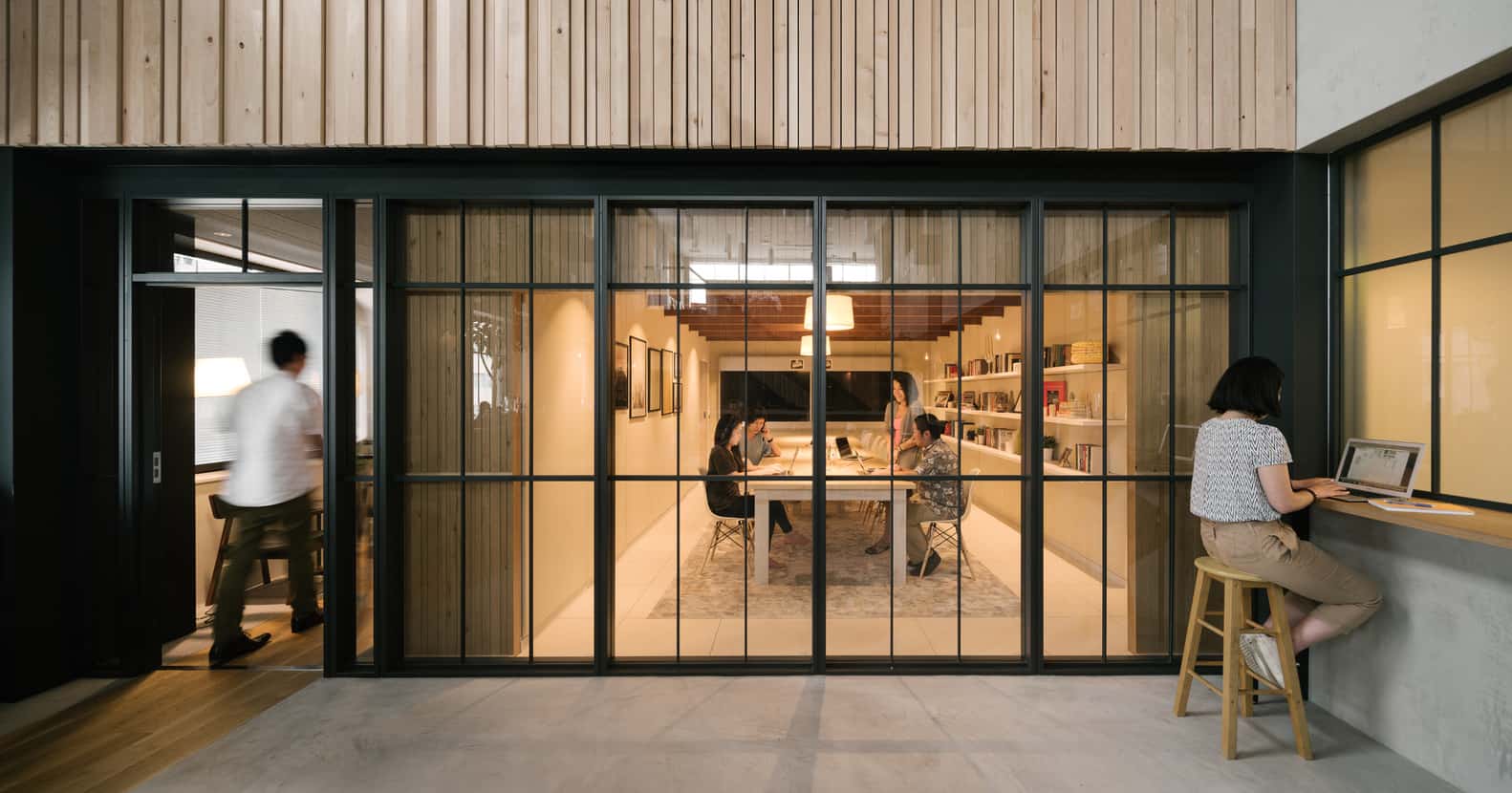 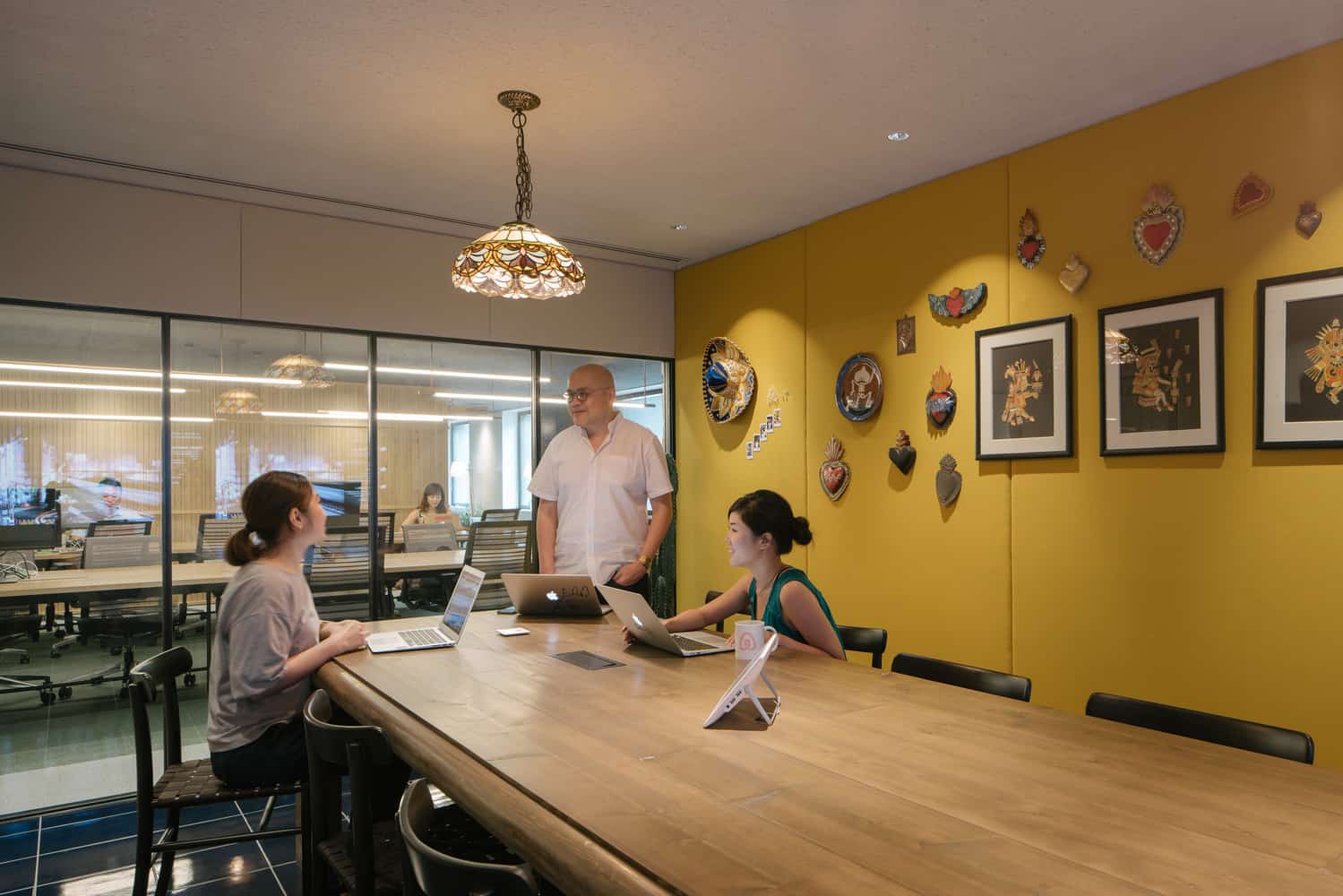 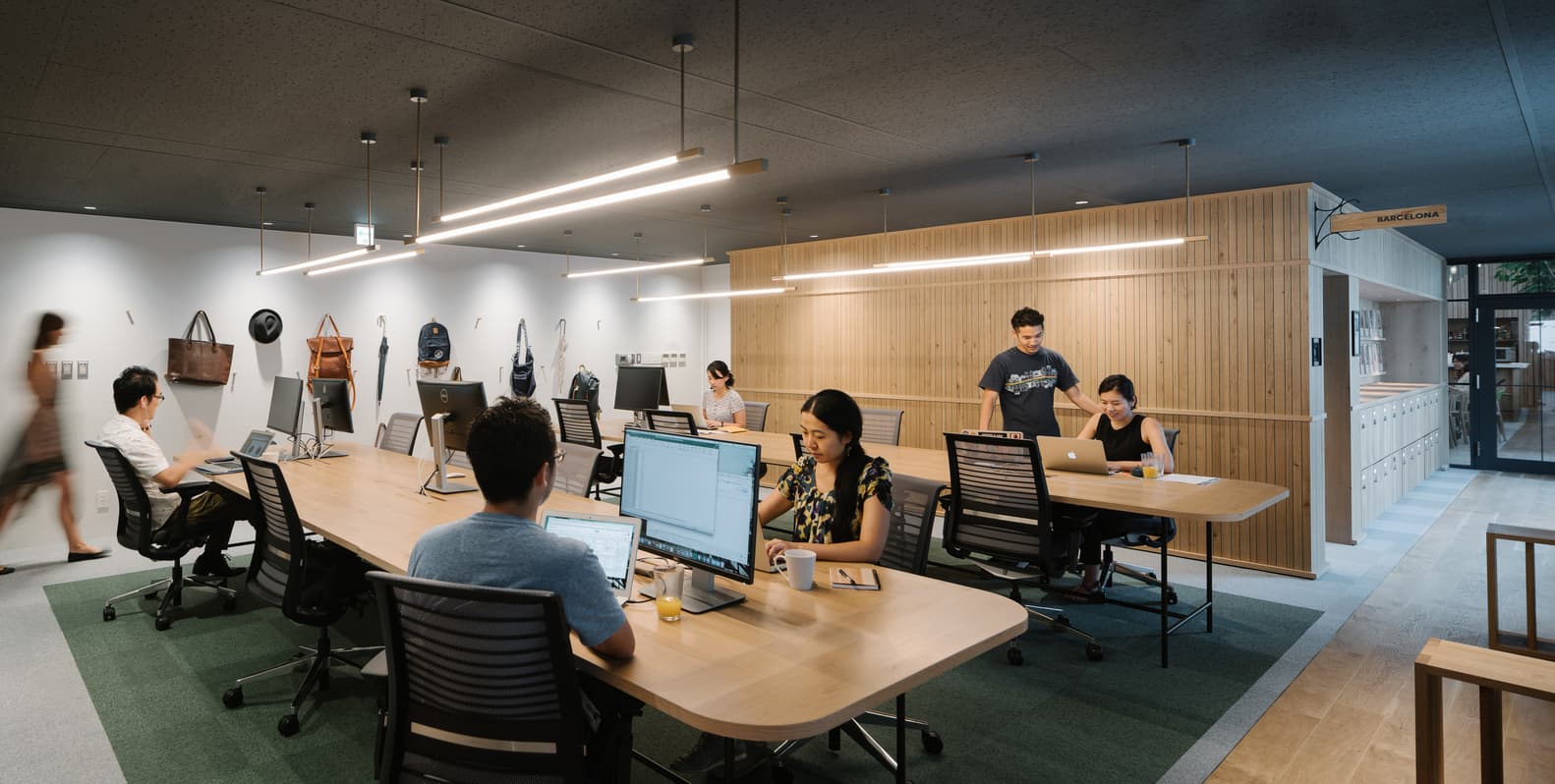 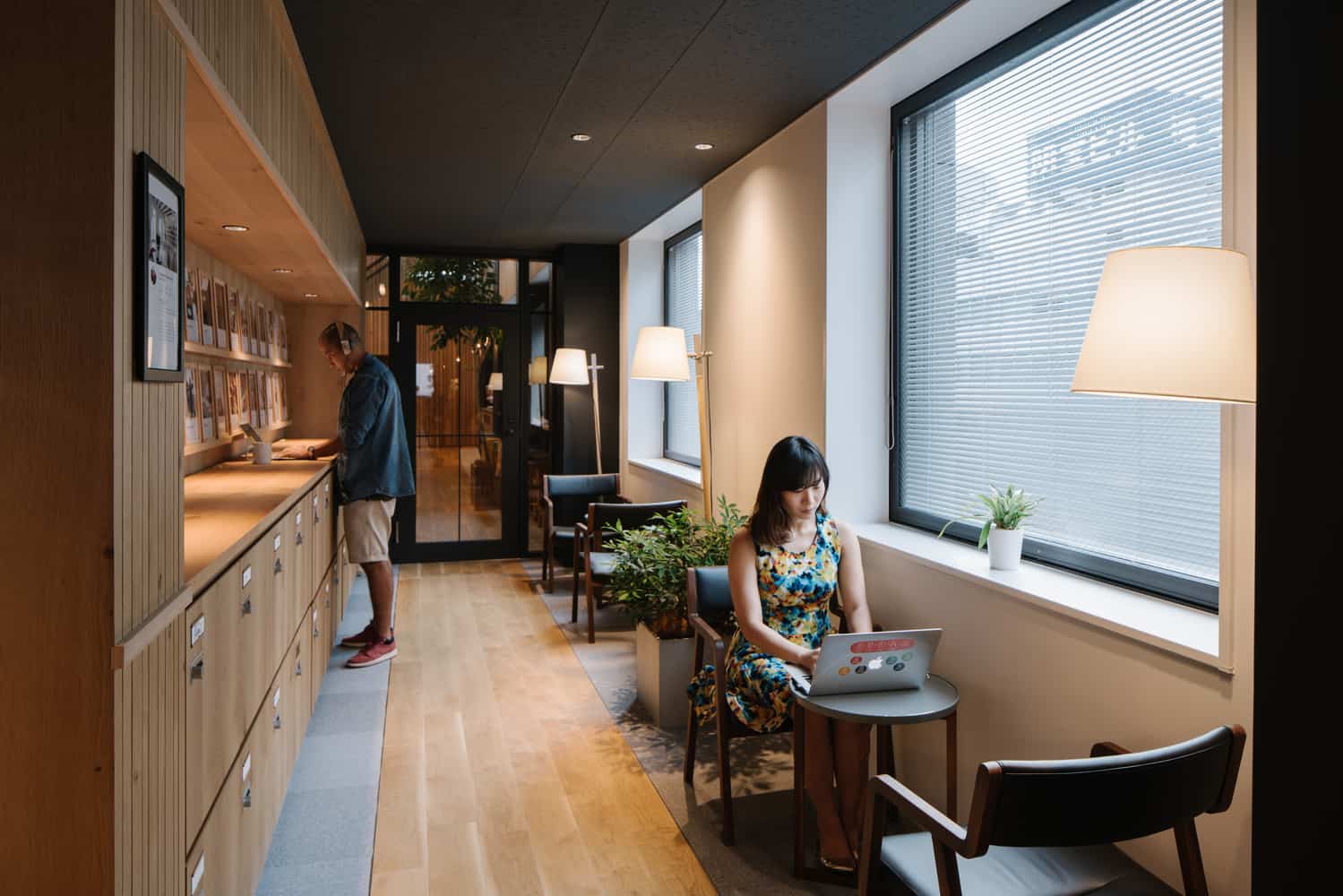 Thanks to creative design and architectural teams at Suppose Design Office, Airbnb Tokyo’s head office officially has a new home on one of the busiest streets in Shinjuku, Japan. With its combined goals of created productive and functional workspaces that are also enjoyable, and tying in the company’s philosophy of being able to “belong anywhere”, the team really established a space with distinct personality.

In conceptualizing their space, even before they began building, designers decided to aim for making a space that feels a bit like a neighbourhood. From the friendly reception area that greets both guests and employees every day, to the break areas that are inspired by cheerful outdoor cafes, to the wooden paths that lead from meeting room to meeting room, the entire atmosphere is simple, fluid, and comfortable to be in.

Rather than simply establishing the floor plan and layout themselves as a design company, this team actually decided to get employees of their client company actively involved. To do this, they interviewed actual Airbnb Tokyo employees to get their take. From here, they chose what kinds of communal work tables, adjustable desks, project tables, and private or semi-private phone booths would be included. This makes for a space that the people working there feel truly comfortable in.

In terms of the actual productivity spaces, one of the primary features of the office is the Engawa, or the elevated platform in the centre of the office. This features tatami mats that are inspired by traditional Japanese culture, once again working on that theme of belonging wherever you are. In this space, employees are encouraged to remove their shoes, sit cross legged on their cushion, and face the spectacular view the platform affords them.

In adapting an already existing building to an office group that wanted a more diverse space, one of the biggest challenges was dealing with the very low ceiling that’s typical of Japanese architecture in that area. Rather than trying to build an entire new ceiling, which wasn’t possible, designers created the illusion of a higher ceiling by painting it black and dropping the lights a little lower, as though the space behind and above the lights extends much higher up.

As with all Airbnb offices, certain elements are inspired by different iconic cities that the company has well known listings in. In the case of the Tokyo office, several meeting rooms were actually themed after different cities, including Barcelona, Prague, and Tiajuana. This truly harnesses the sense of traveling the world but finding yourself able to work in any “city”.