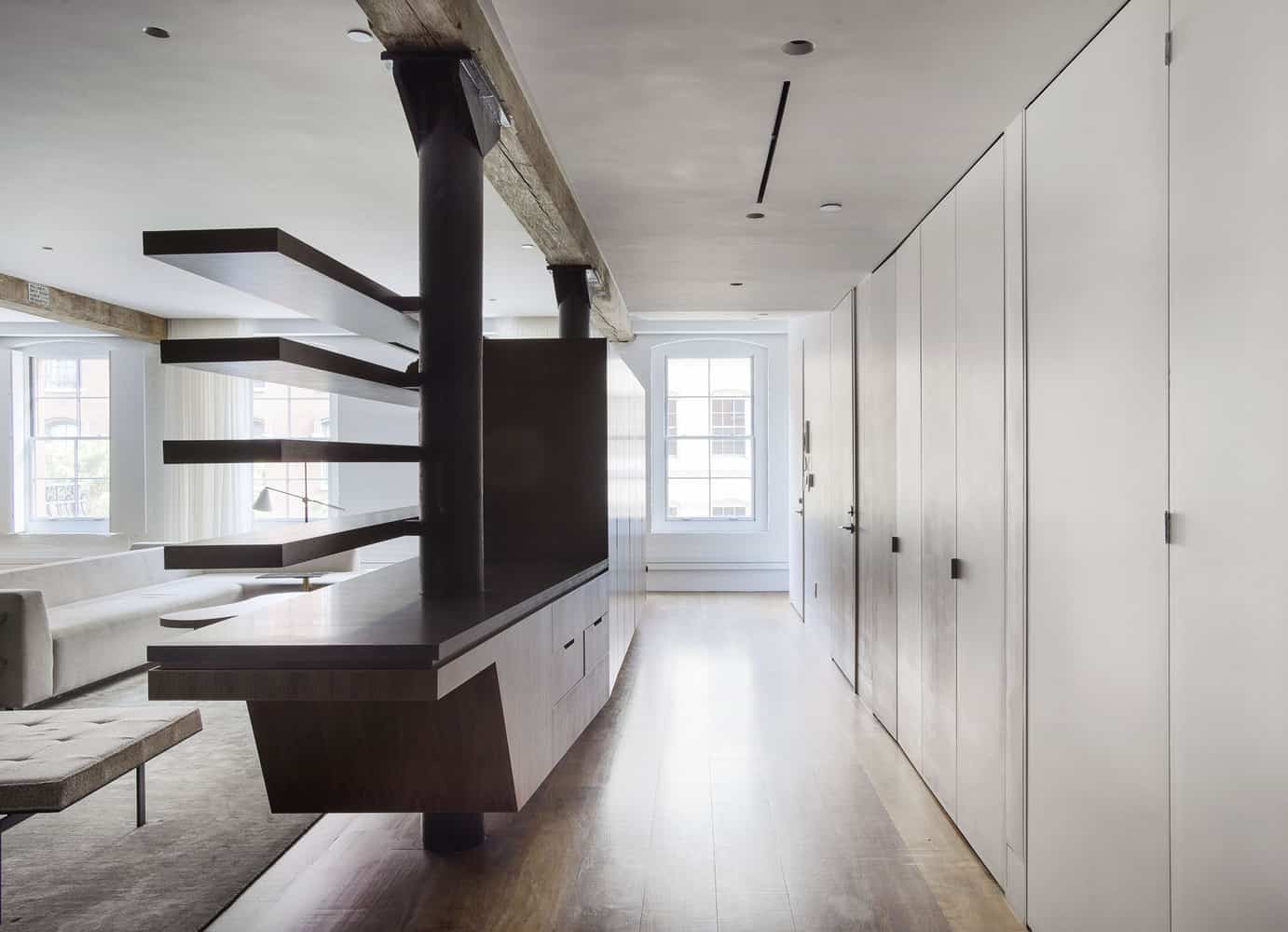 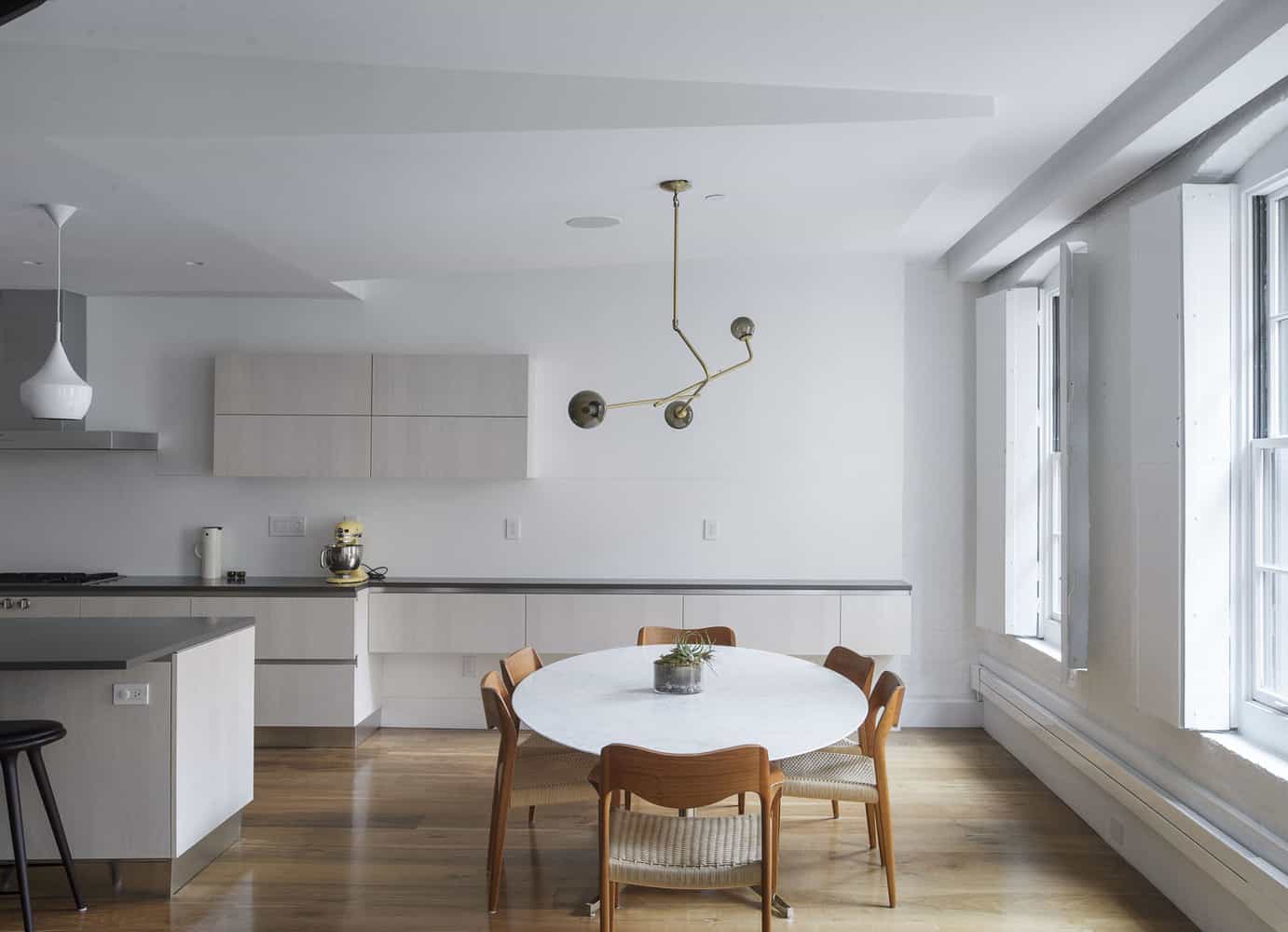 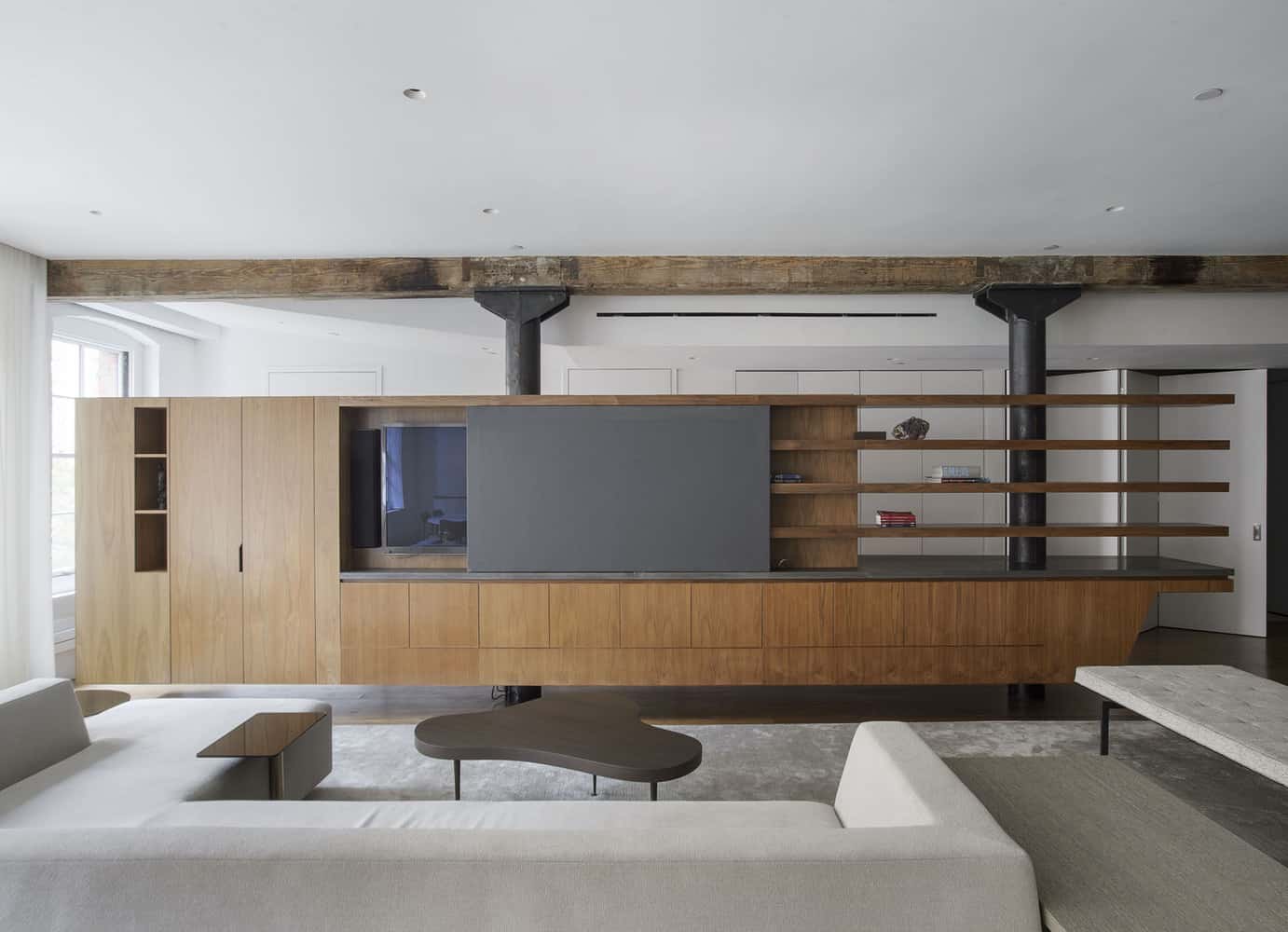 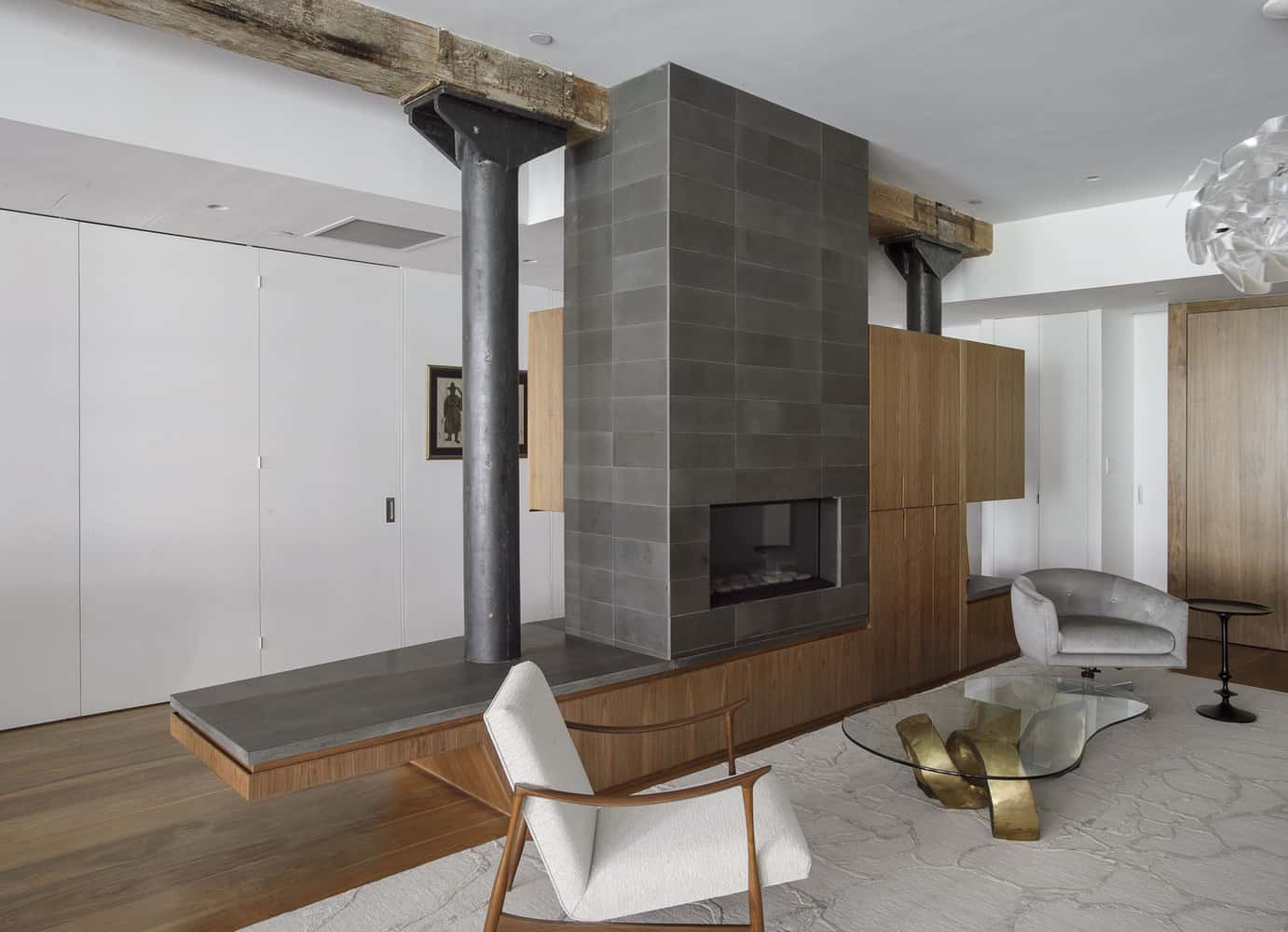 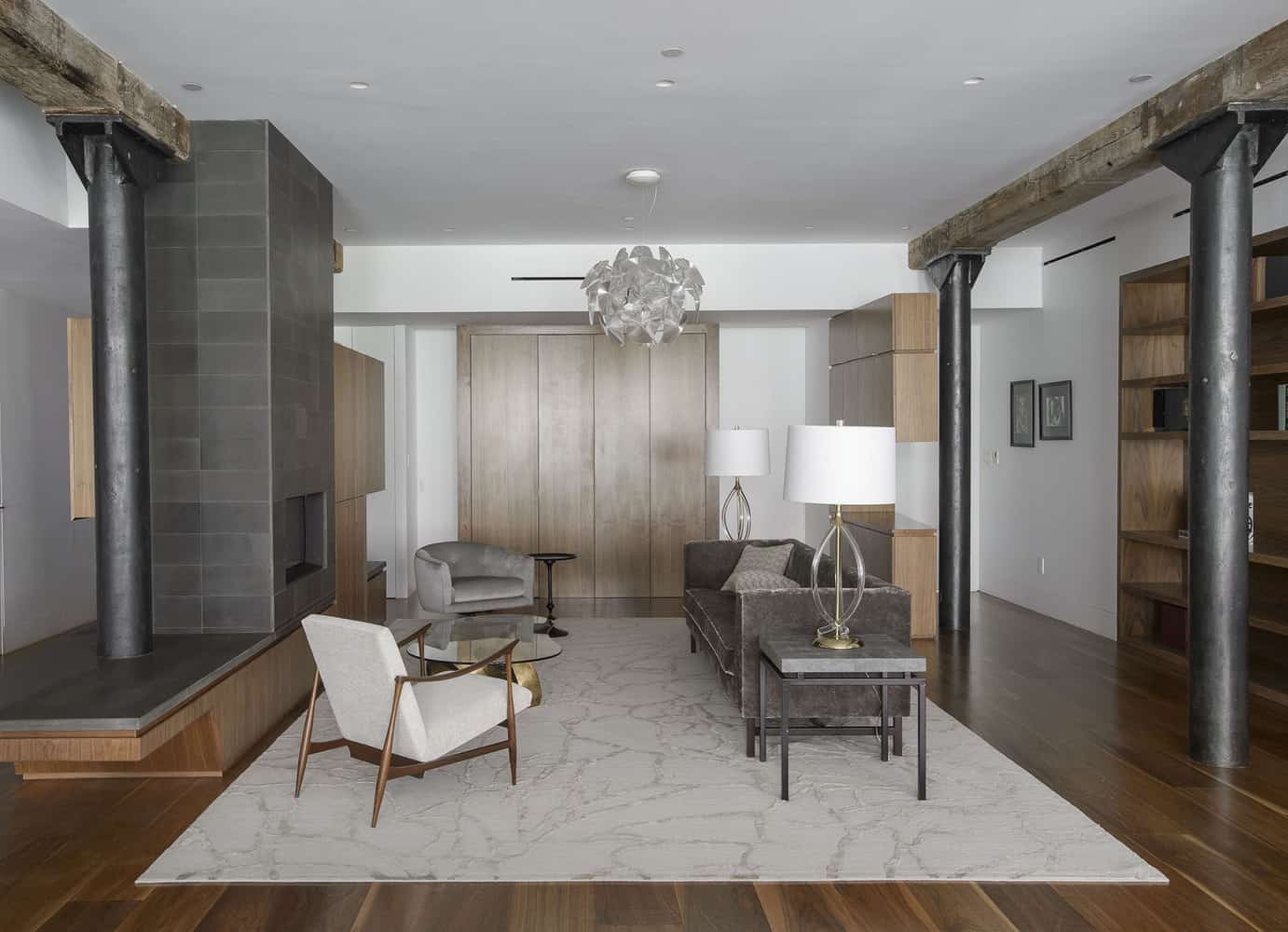 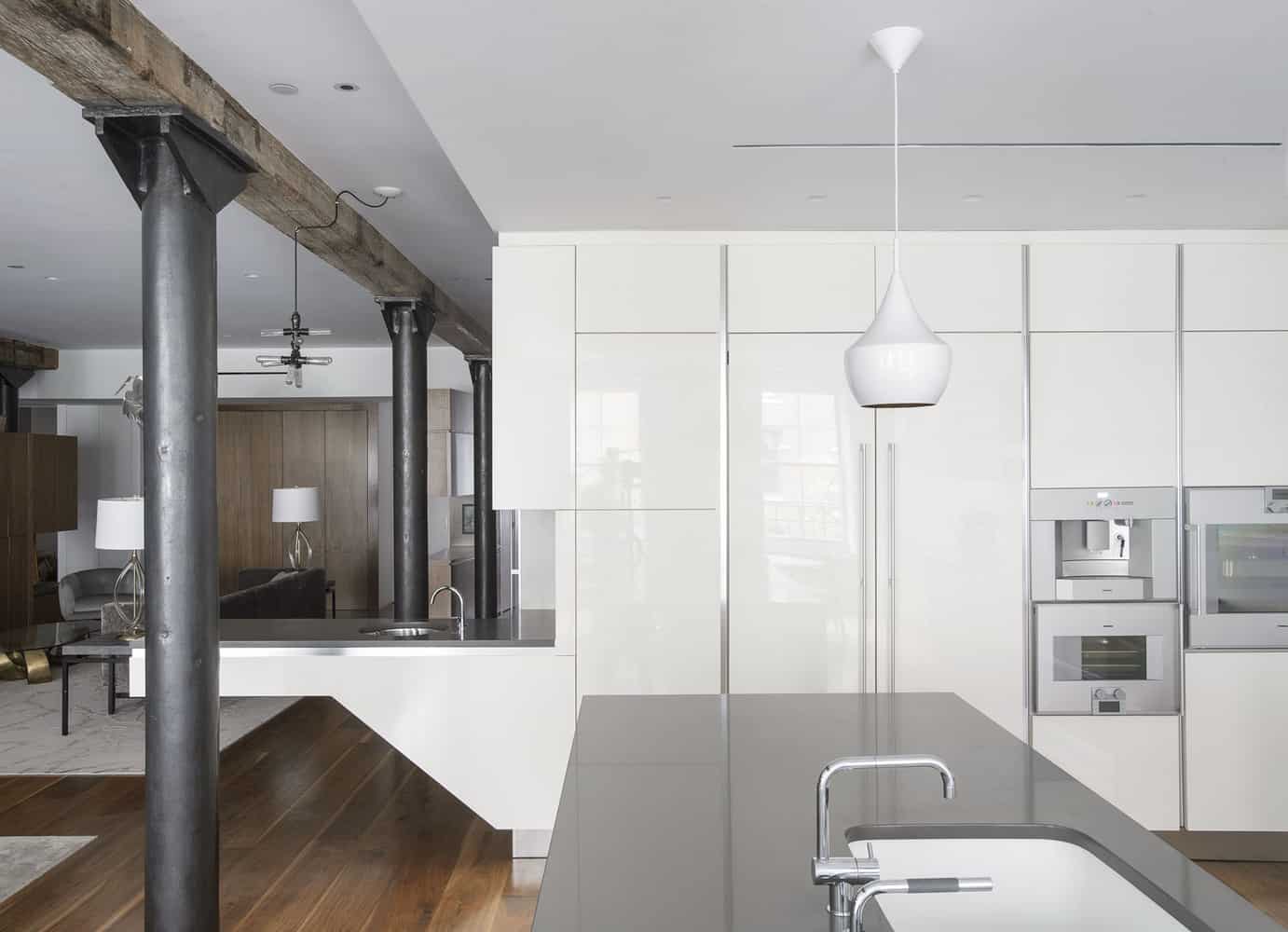 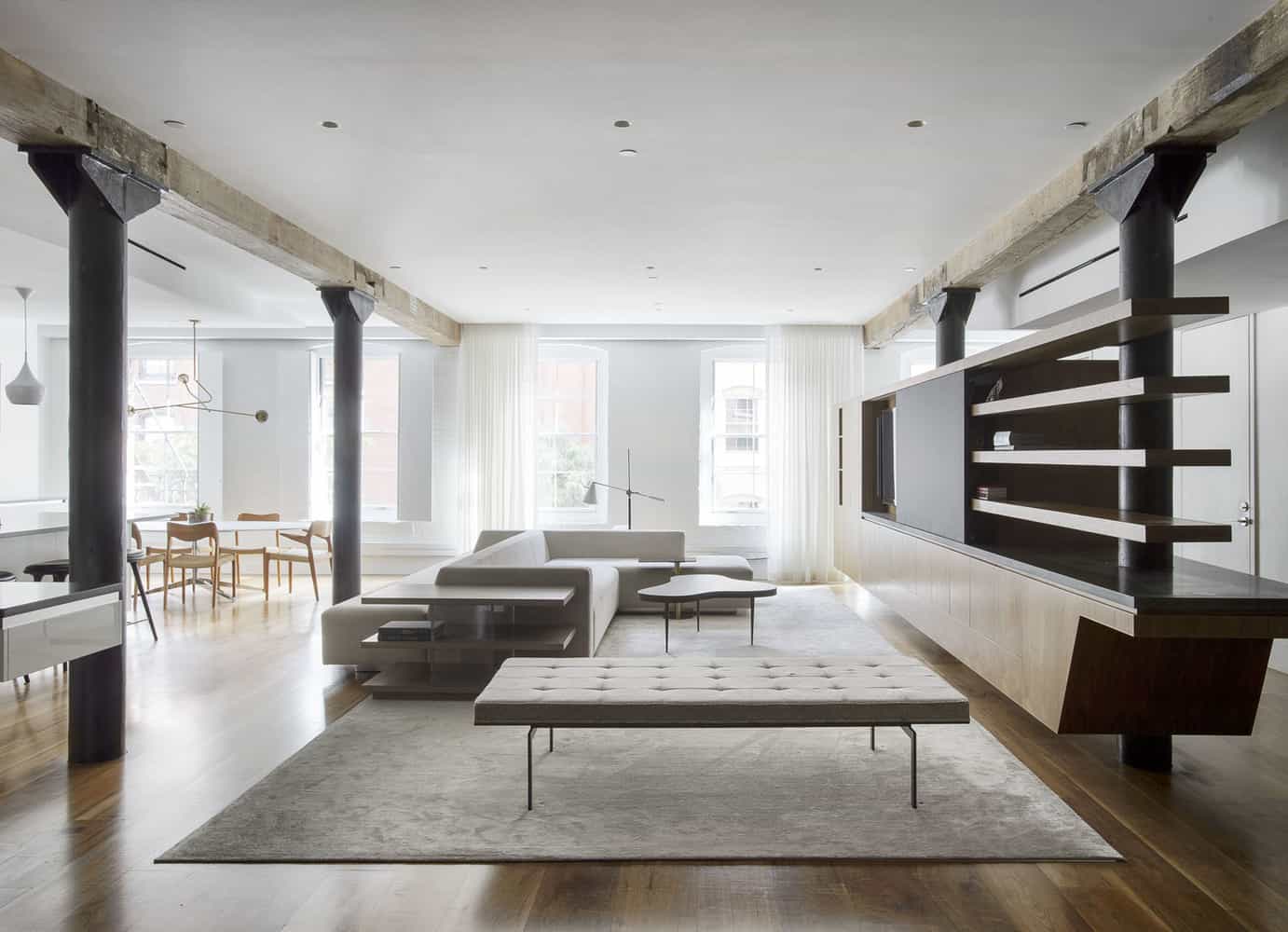 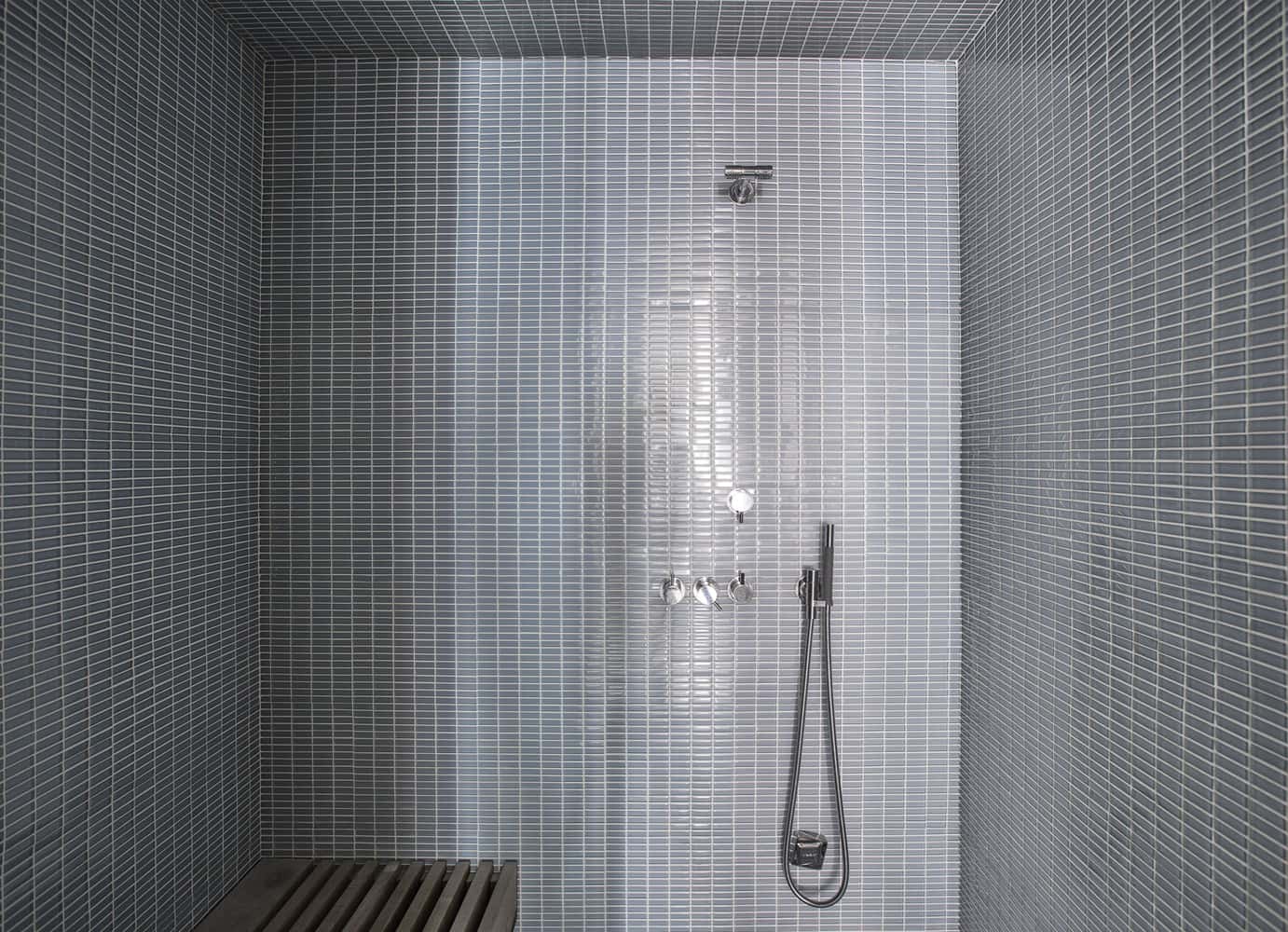 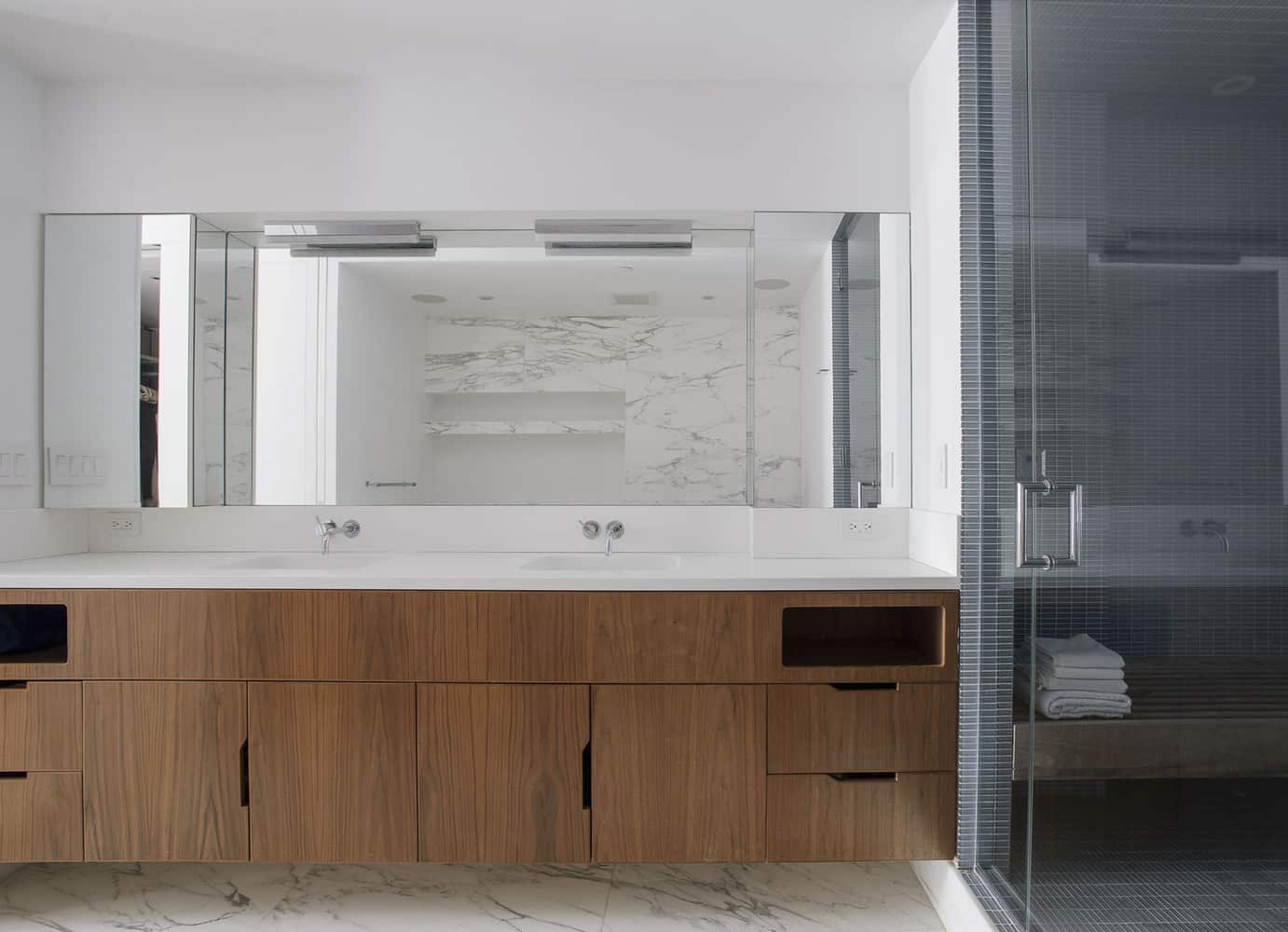 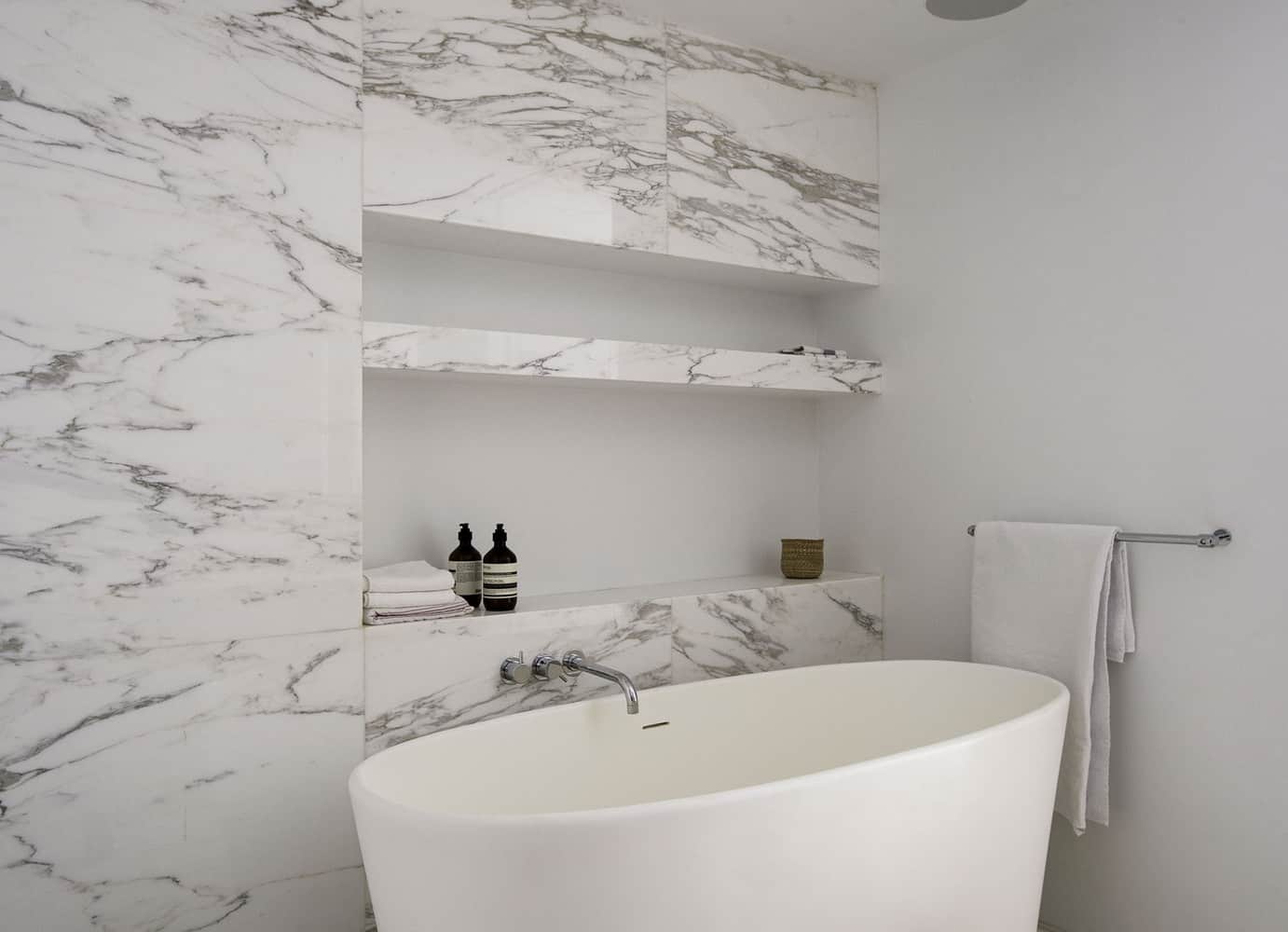 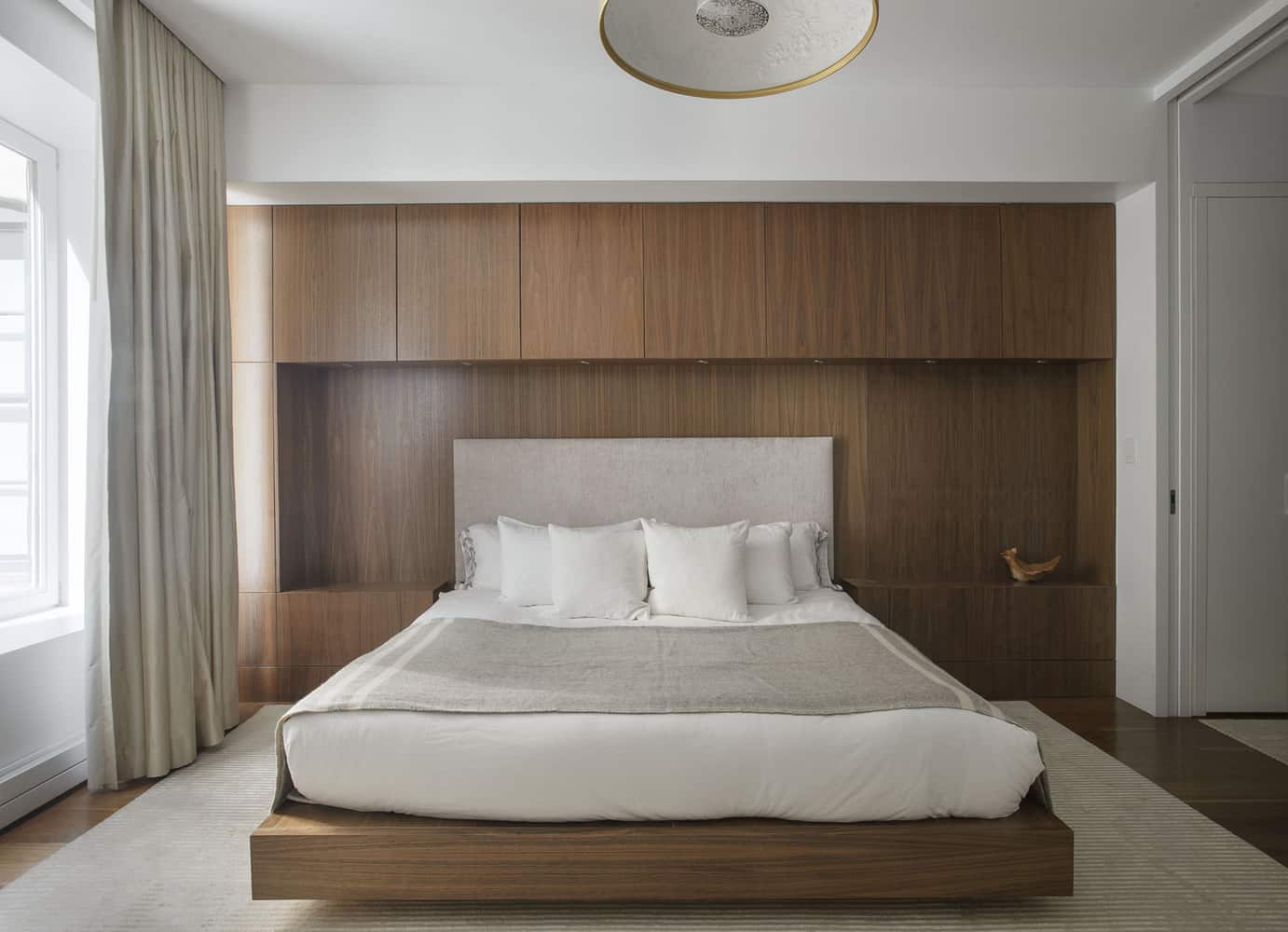 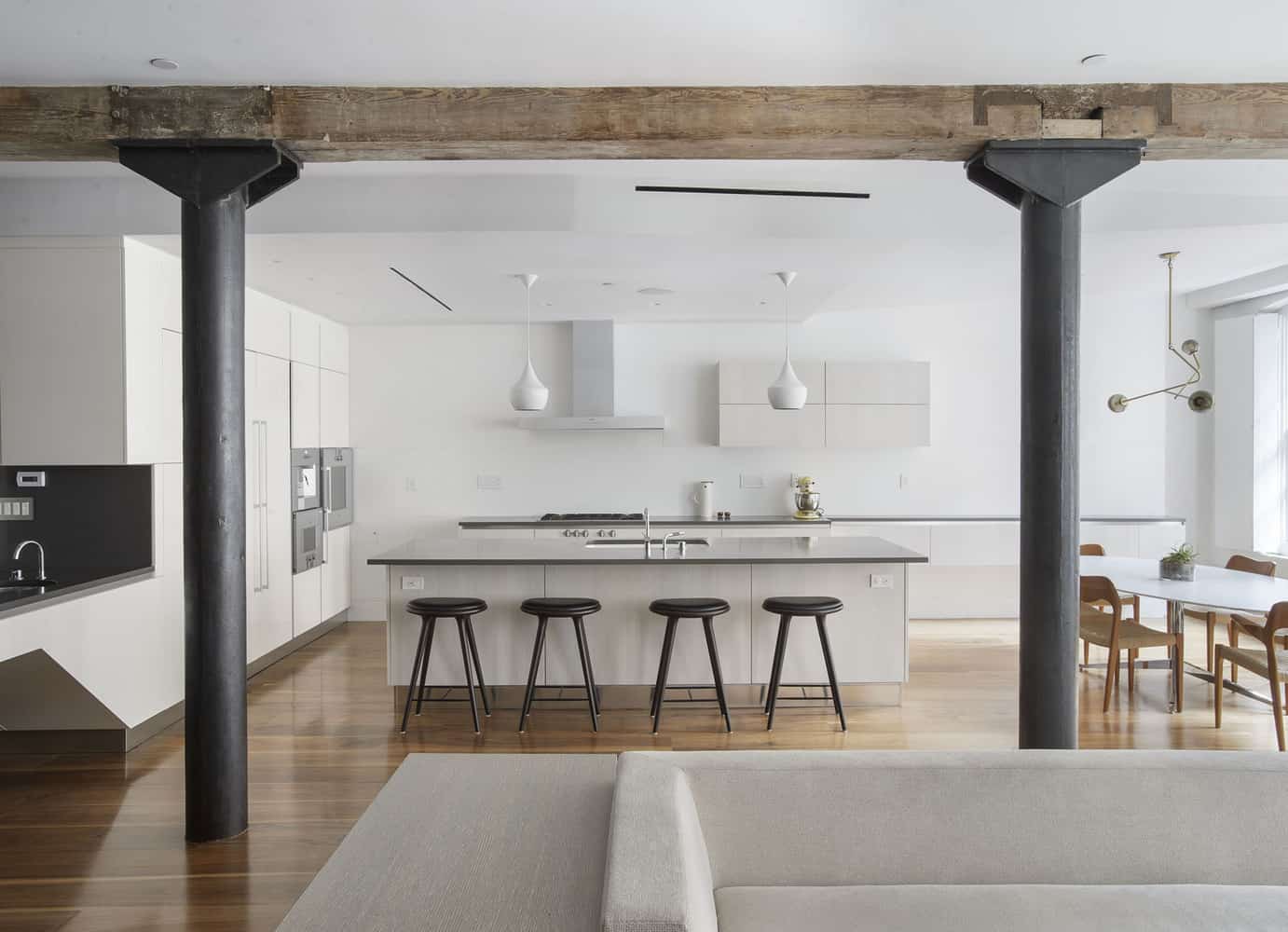 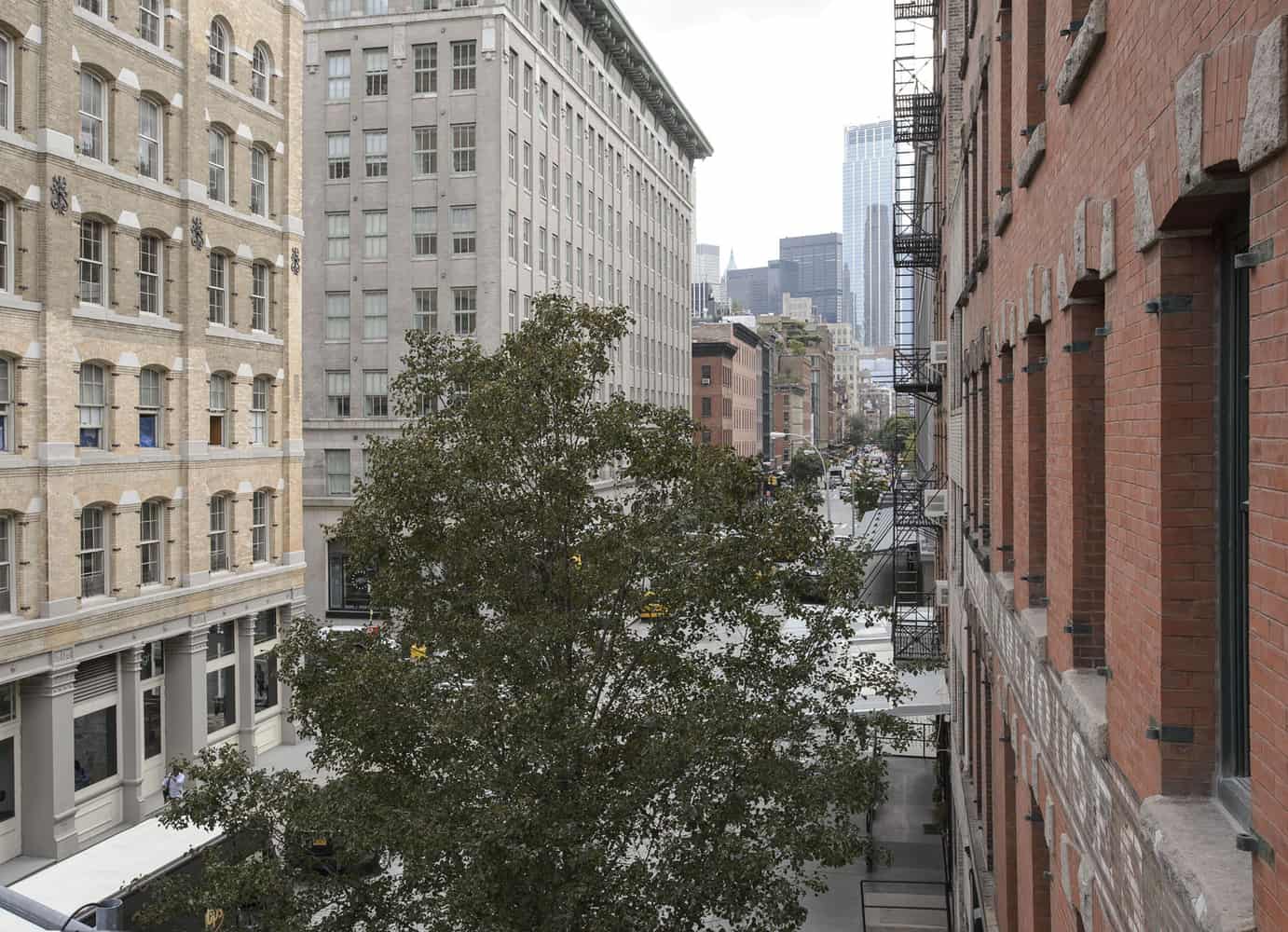 In the boroughs of New York City, innovative designers Office of Architecture has designed a stunning apartment called the Tribeca Loft, harnessing the visuals of simplistic living with the unique and swanky style of The Big Apple.

In some cases, living in a “bohemian style” means sacrificing space and embracing open concept past what’s comfortable until things feel cramped or disorganized. In the Tribeca Loft, however, these things are replace by a sense of singular charm and individual privacy. This is partially due to the fact that the loft is filled with natural light and uninterrupted views of the surrounding city.

To some, loft living is quite at odds with the needs of a modern family and their demands for private space and distinct personal areas. Thanks to careful and precise organization, however, all of the amenities of this apartment have been included into an open space that was recently transformed from a 19th century landmark warehouse. Now it’s a cleverly laid out and comfortable new home for a young family!

This apartment was originally built with a much more closed off design, featuring labyrinth-like hallways and small, divided rooms. In this renovation, designers first gutted the loft down to its barest bones in order to open the space up entirely. They kept only the key structural elements and primary service zones (like the kitchen). Their hope in opening the space up was to create a better flowing relationship between public and private sectors of the home.

Now, with the dividing walls removed and more creative structures in place to delineate space such as the wooden entertainment unit, the living room, den, and kitchen areas bask in waves of natural light during the day. Despite having been opened up, however, strategic storage and furniture placement has stopped this new layout from disturbing the peace and privacy of the sleeping areas.

The creative space definers that have replaced limiting walls were chosen for their function as well as their ability to break up the “rooms”. For example, designers differentiated between certain areas using built-in accessories like free standing multi-purpose cabinetry made of walnut, several full-height sliding accordion panels, and even a wet bar.

The overall effect of this loft apartment since its transformation is one of peaceful activity. The atmosphere embraces and axudes both privacy and calm solitude but also airiness and a small emphasis on social spaces for bonding within the home.