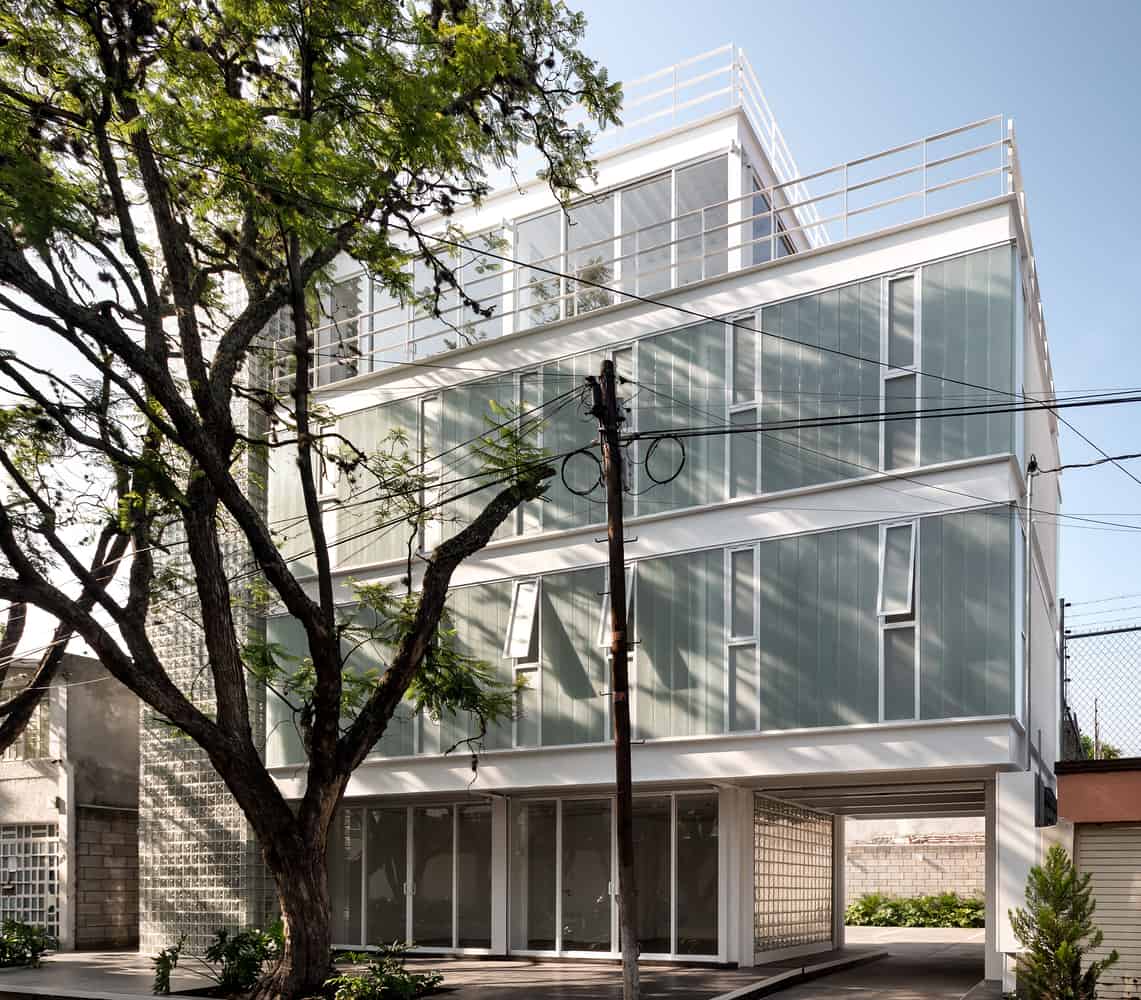 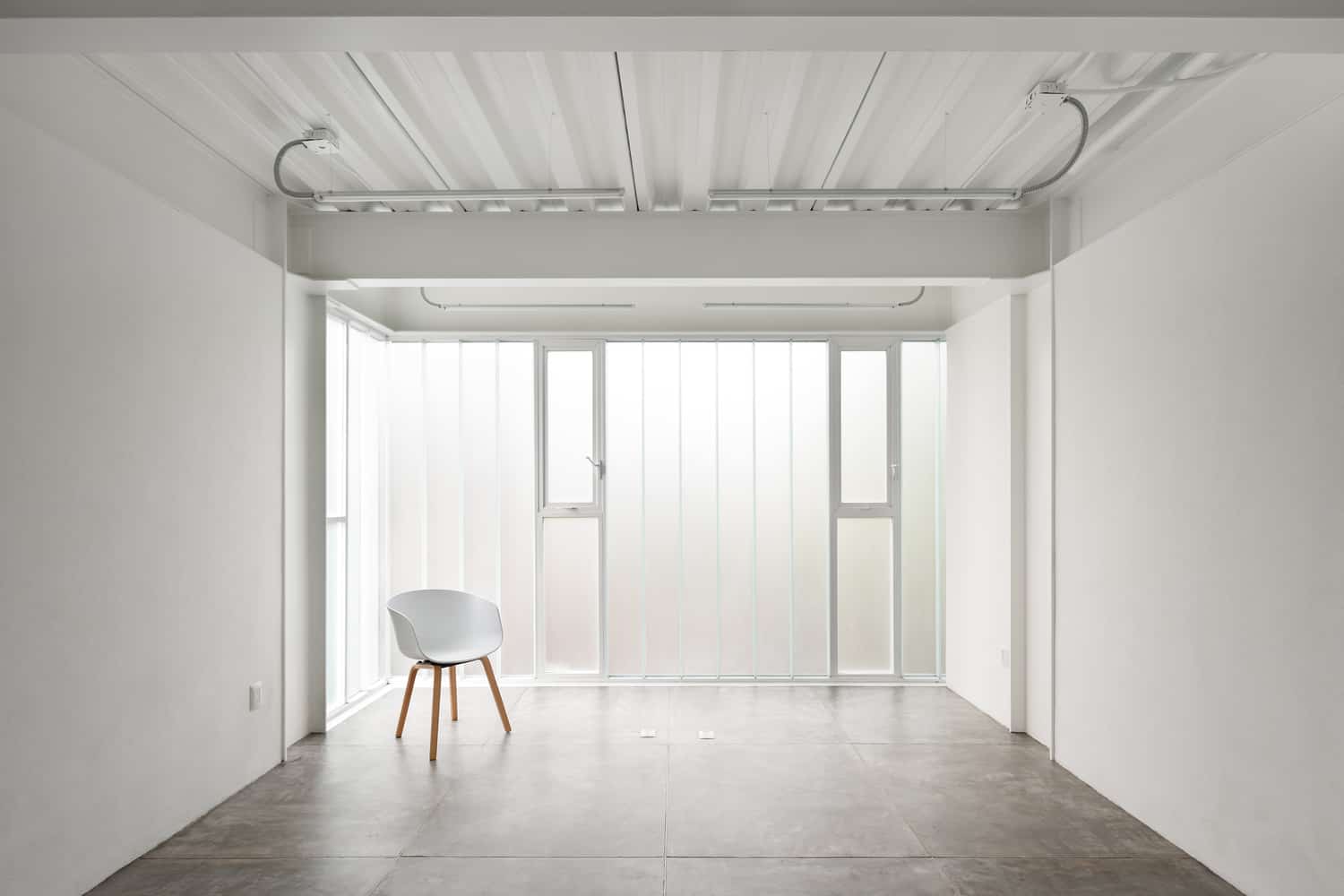 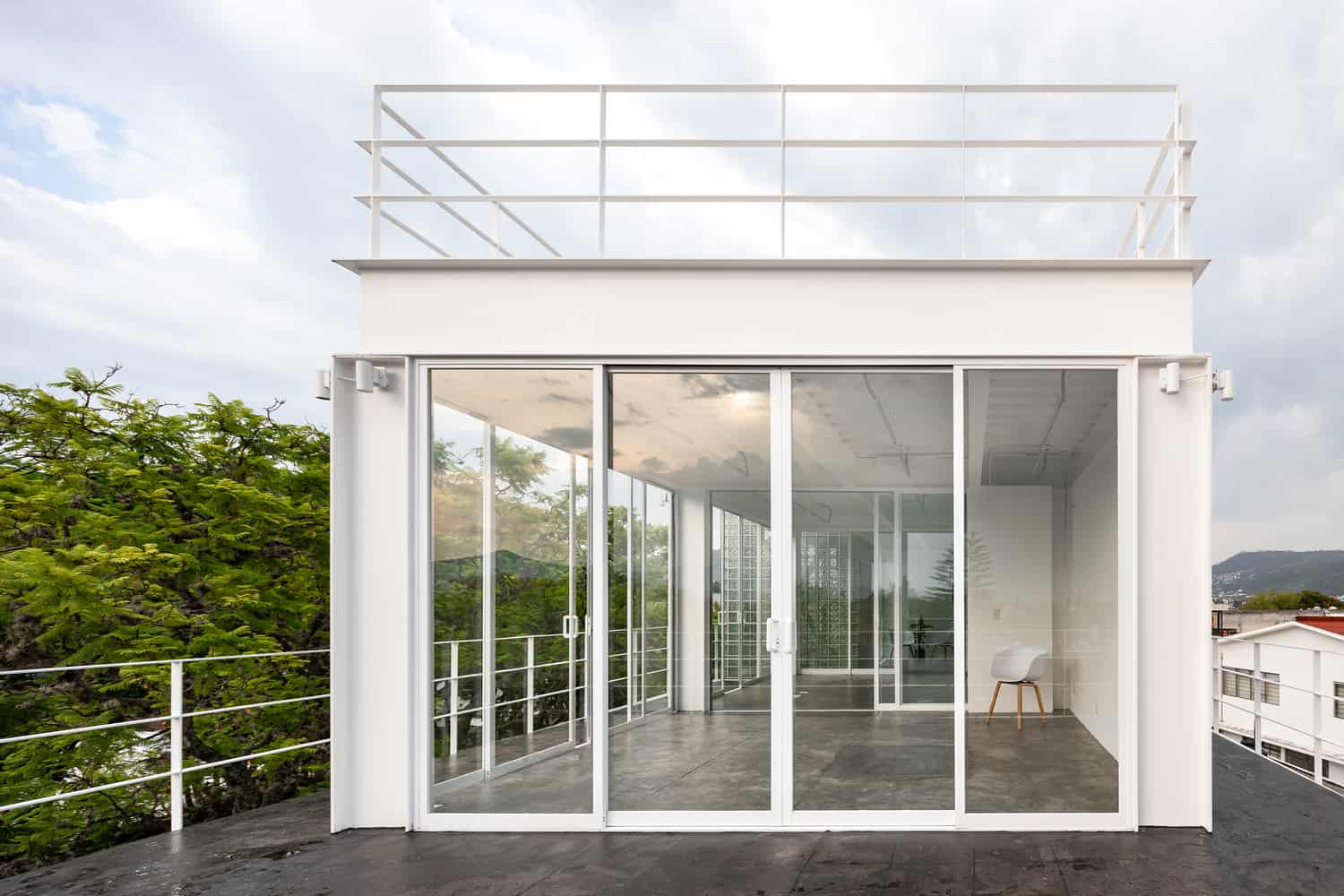 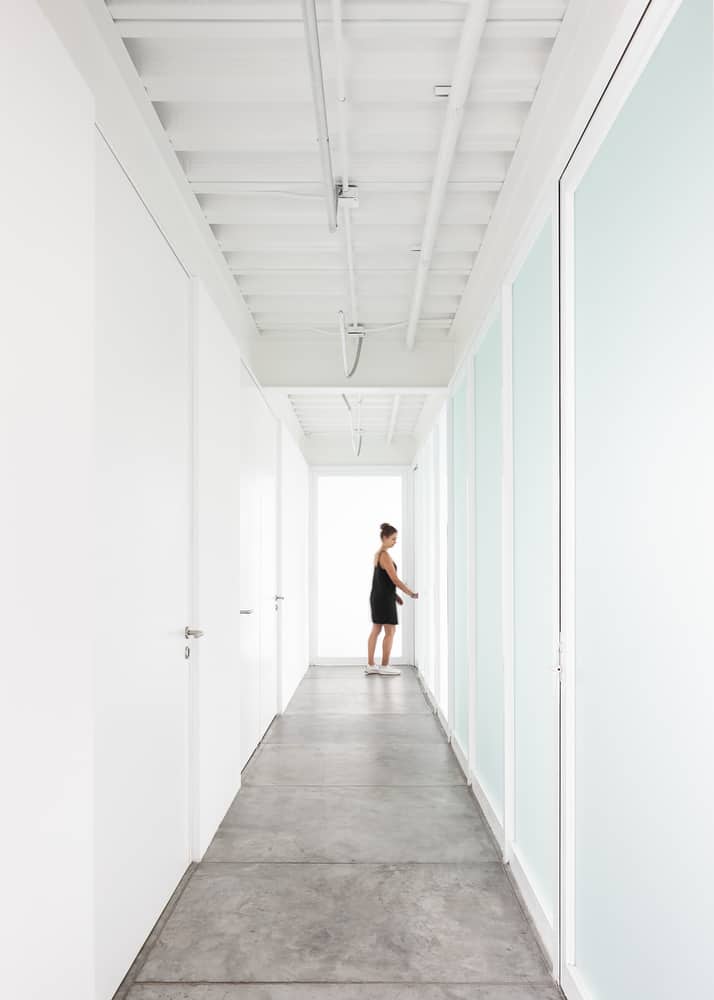 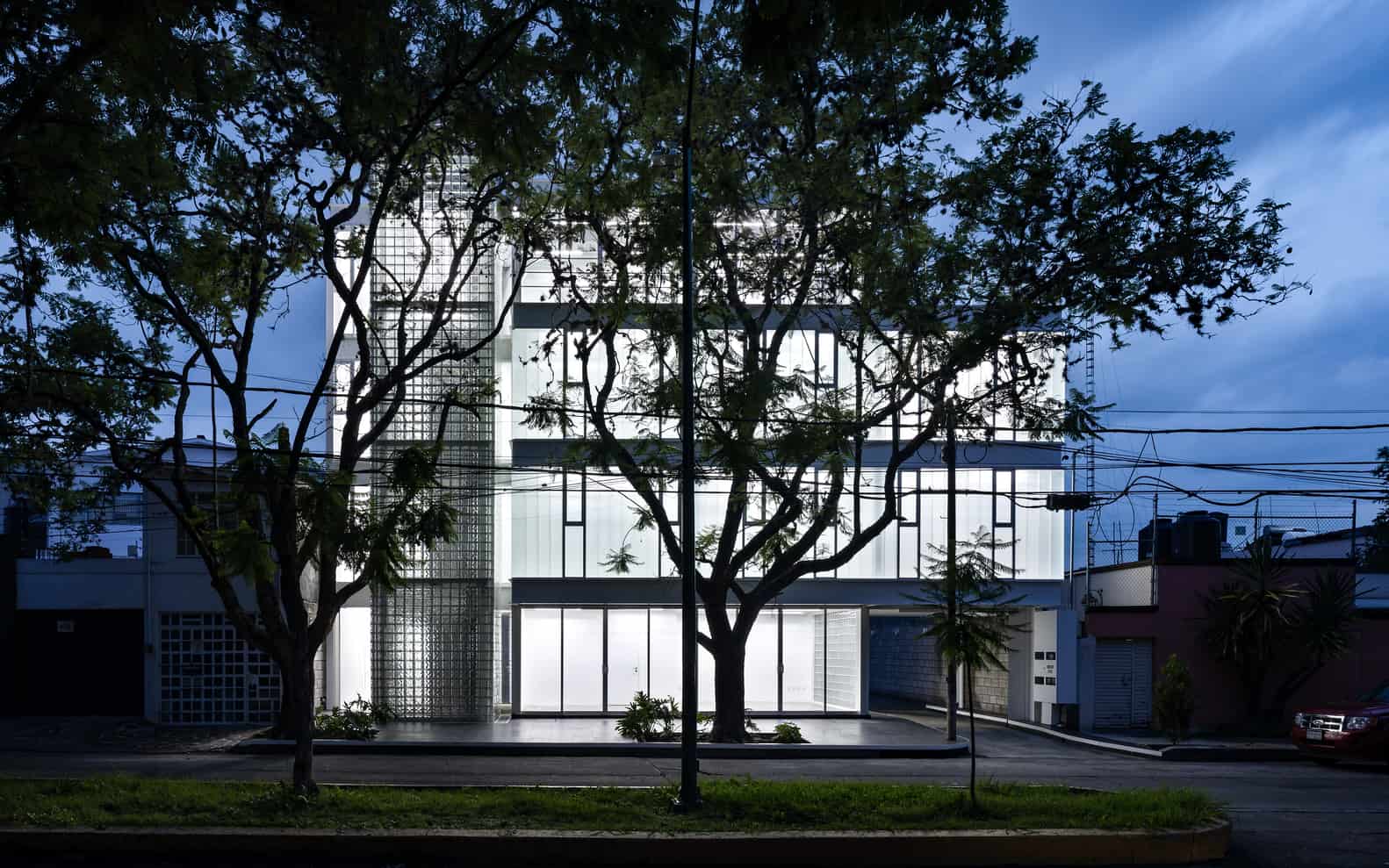 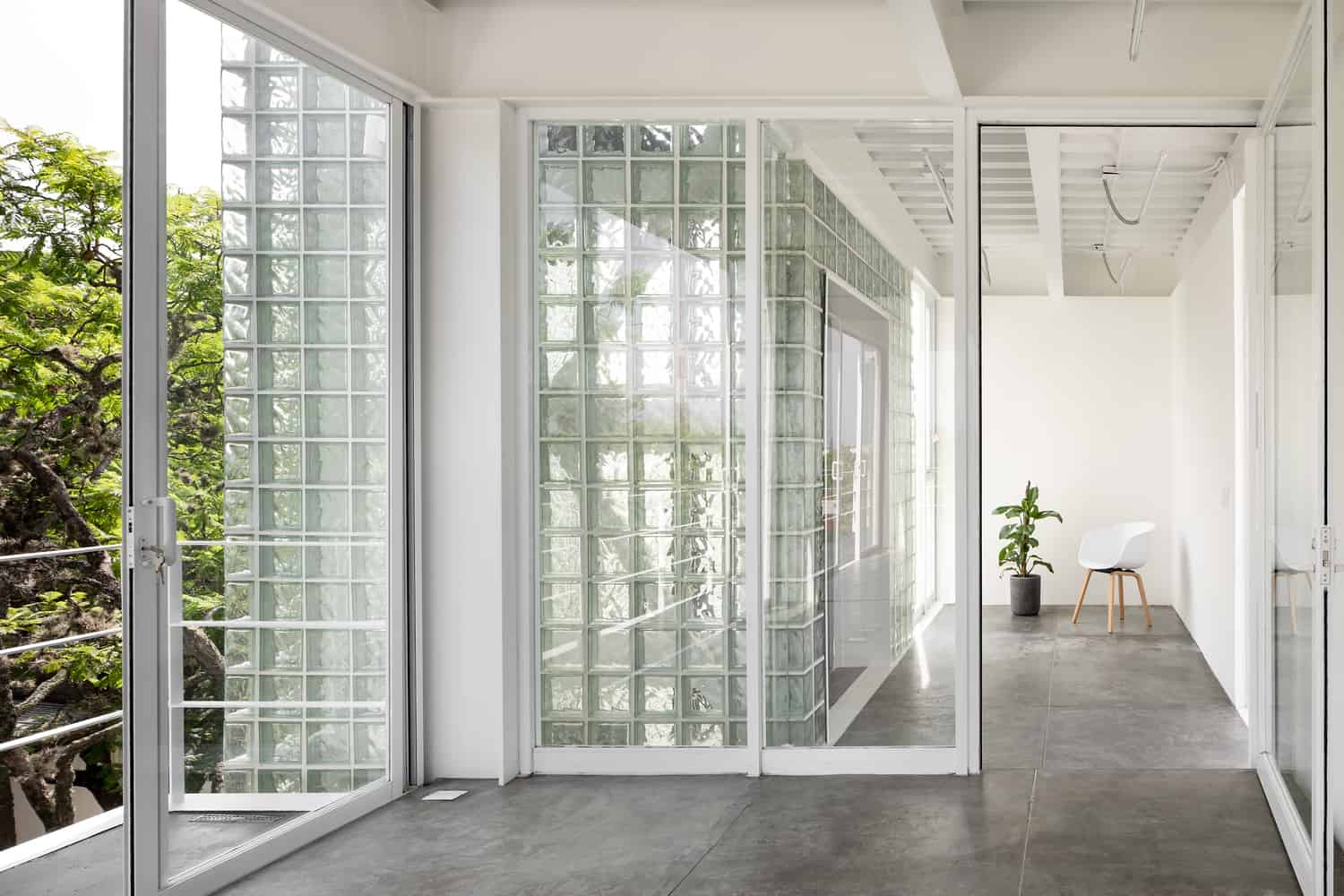 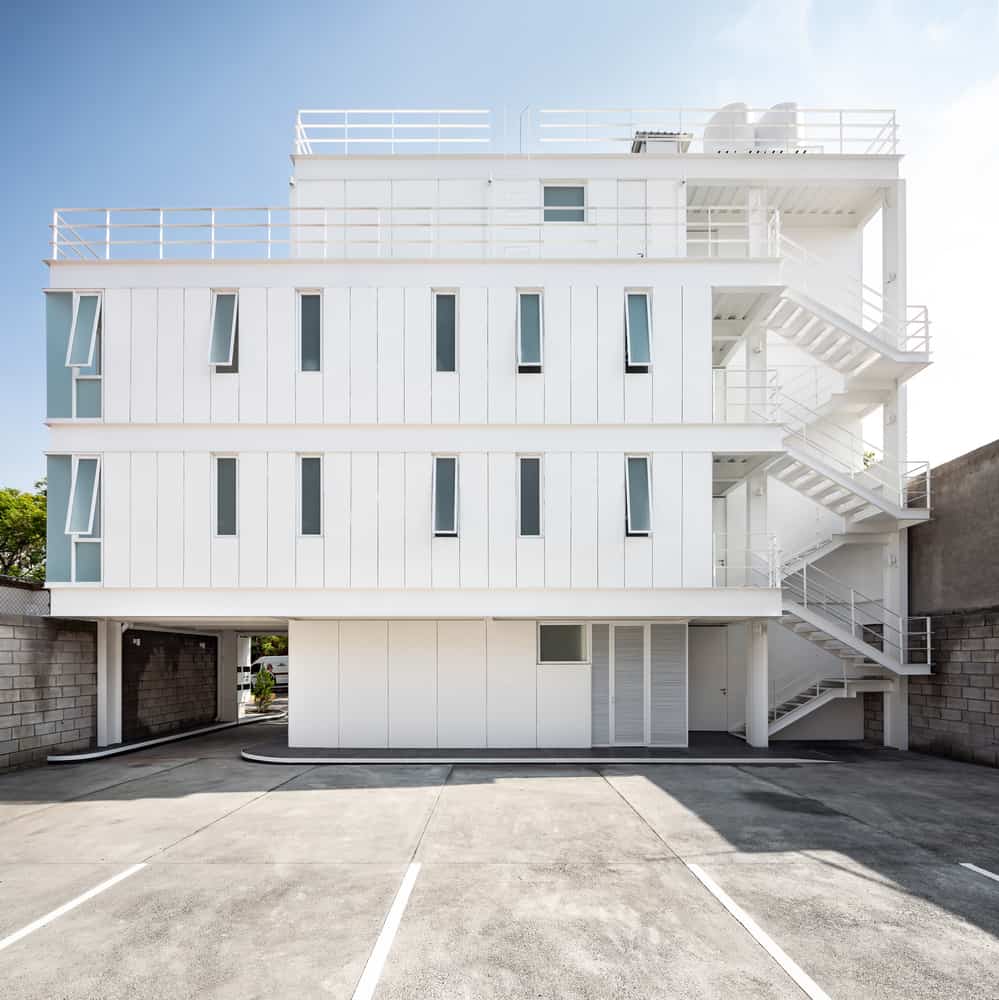 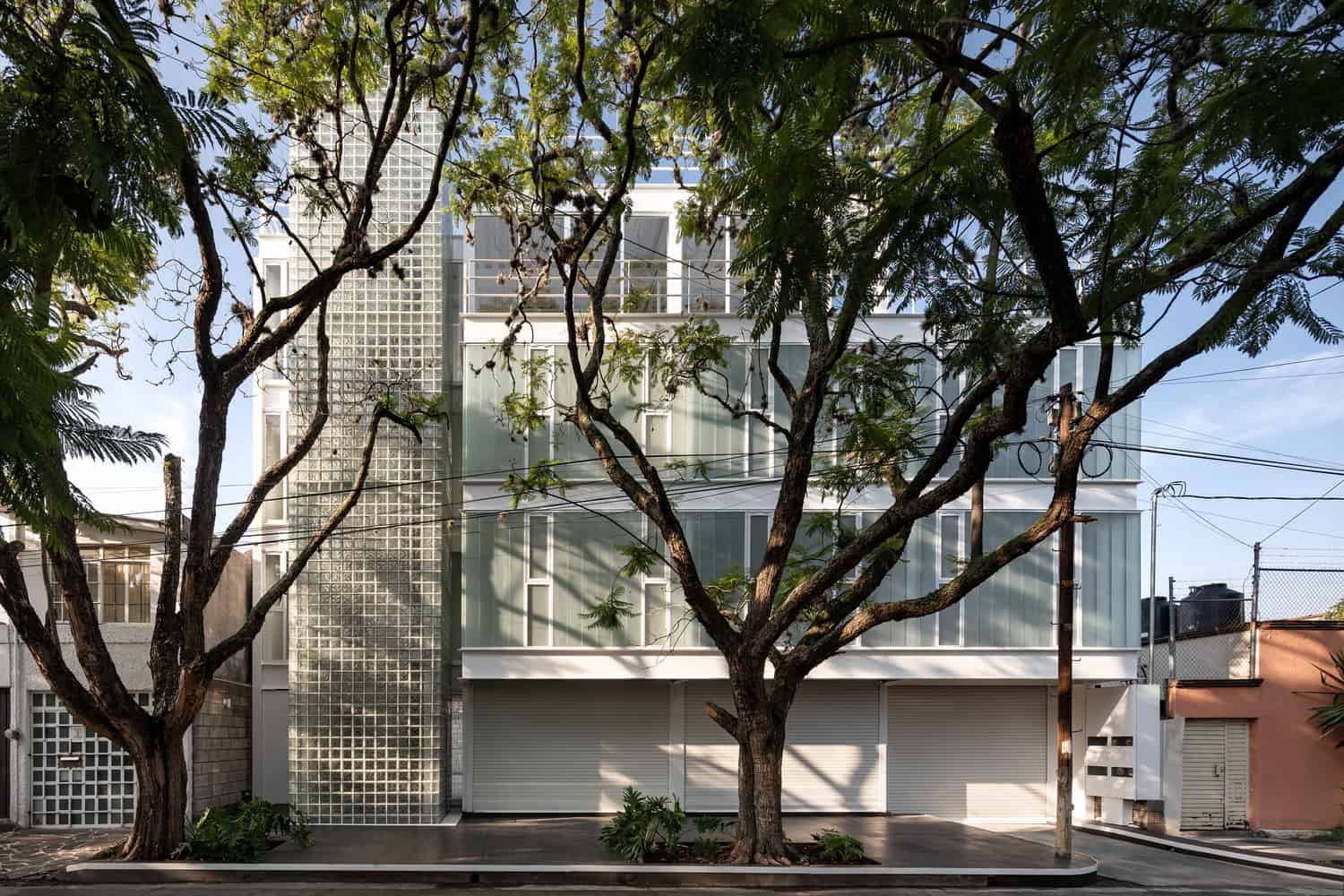 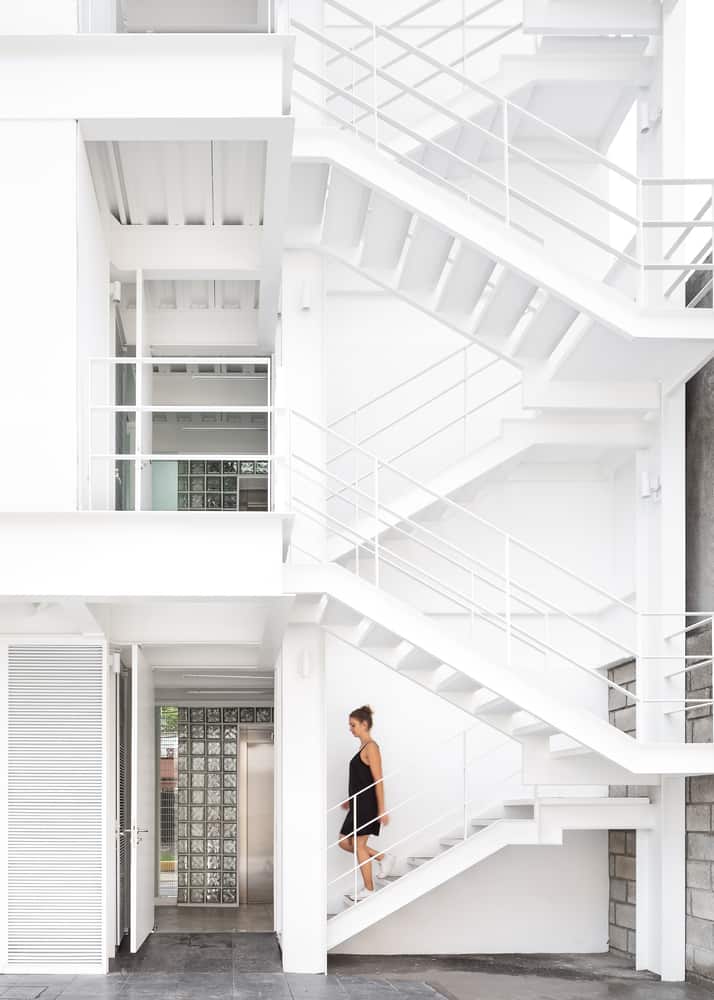 On a beautiful street in Morelia, Mexico that is lined with blossoming Jacaranda trees, teams at Emilio Alvarez Abouchard Arquitectura have created the Avenida Central Building that will soon house a developing dermatological care centre. The building is named for the street it actually sits on, which many residents of Morelia claim is the most beautiful street in the whole city. Besides the gorgeous Jacaranda trees that line it on either side, adding colour and whimsy with their blossoms, the street also adds an avant-garde looking sense of urbanism to the cityscape that is very visually pleasing and unique.

Originally developed in the 1960s, the neighbourhood that Avenida Central runs through is called Chapultepec Norte. It lies only 3km east of Morelia’s downtown core, making it accessible to all the perks of downtown living but just removed enough to provide a much more relaxing atmosphere.

The aesthetic of the buildings is different from those that are built right downtown as well. There, structures have a sense of historical architecture and colonial urbanism typical of the very core of many Mexican cities. These are, after all, most often the epicentres around which the city was first built and then developed outwardly from. Out near Avenida, there is a shift towards slightly more modern looking architecture, but without disregarding local style and tradition entirely.

Part of what sets the street apart is its heavy emphasis on thickly green landscape and plant life, as well as its uniquely wide sidewalks. The presence of so many parks and so much green space and the literal physical extra space for non-vehicle travel make the area ideal for bikes, pedestrians, and pets. The over all atmosphere is safe, welcoming, and refreshing.

For the designers of the Avenida Central Building, which is mixed-use, building along this street was an opportunity to combine the atmosphere we’ve just described and local culture and style into a visual representation, like an homage paid through architecture. They wanted to ensure that the new structure be modern, efficient, and environmentally friendly as well.

The building sits on a well sized, square shaped plot that lines up flush against those wonderfully wide sidewalks we mentioned. The very linear nature of the space they had to work with leant itself well to creating a similarly linear building that is simple and clean looking with good delineation of space, without looking too harsh and starkly contemporary.

On the bottom storey, two recessed spaces on the large sides of the building make room for parking that extends around the back, where it doesn’t interrupt the flow or atmosphere of the street, as well as a beautiful outdoor terrace that can be used by clients, staff, visitors, or respectful passers by on sunny days.

The two upper levels of the building are where The Dermatology Centre will eventually live within the building. This program chose the space for its gorgeous emphasis on natural light, which flows freely through expansive windows and glass walls and illuminates the interior throughout the day in a way that’s less jarring than fluorescent lighting.

The very top level of the building is a U-shaped rooftop terrace that provides stunning views of the Morelia skyline. This view includes the pink limestone cathedral towers in the distance, which were built in the 1700s. The street on which the building sits surrounds it with greenery and the sun shines down on a lovely outdoor seating space that contributes to how the glass walls already make the whole structure feel almost boundary-less.

Perhaps the most unique part of the building was how designers strove to make it entirely universally accessible. Part of this was building an elevator tower in the centre that provides easy access to every floor, and to every room from there. Rather than installing something boring and industrial, however, they made this central column from glass blocks, which lets sunlight travel through into the centre during the day. At night, the lift tower’s lights come on and can be seen through the glass blocks from the street. This central feature has been dubbed “la tour de verre”.