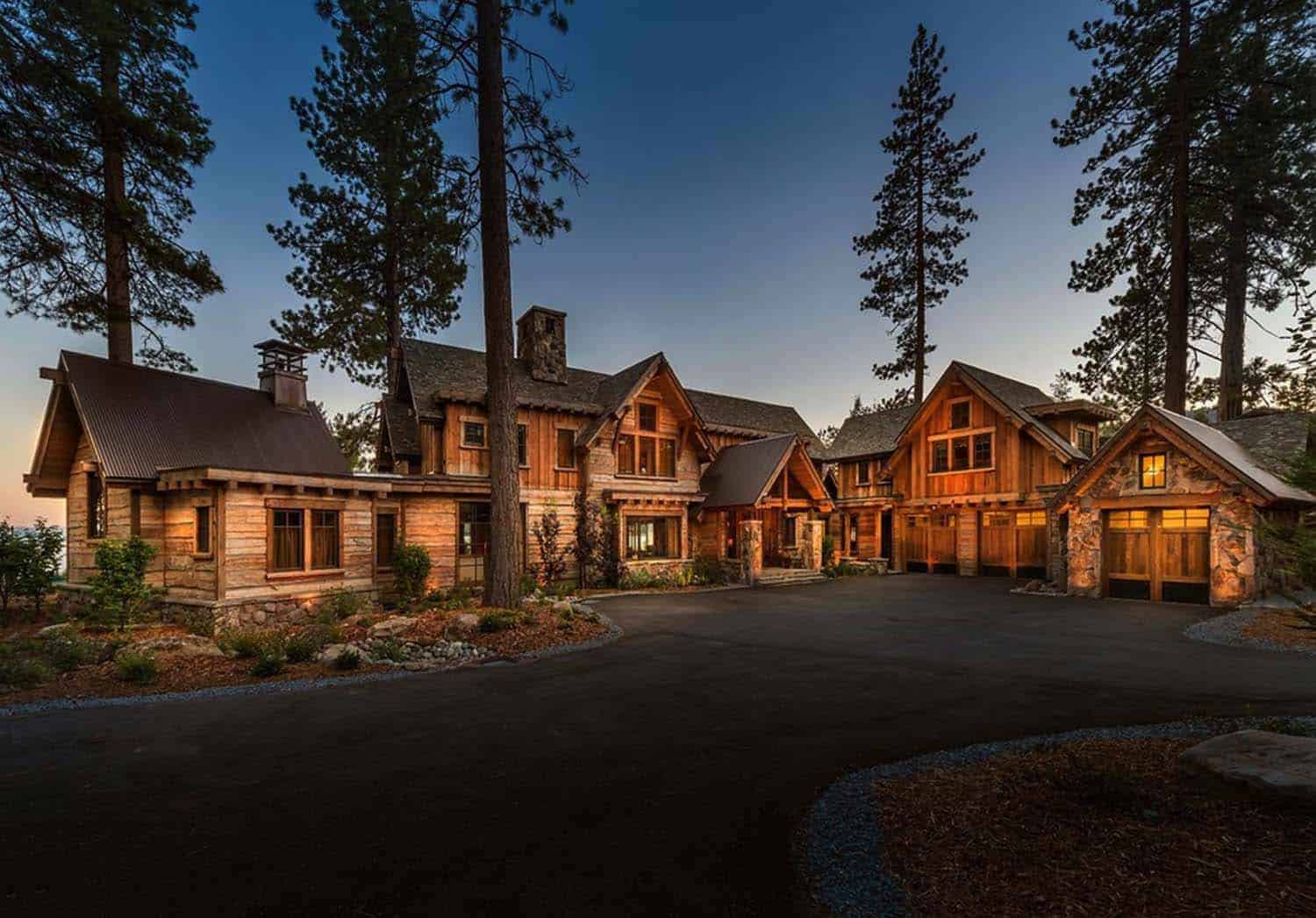 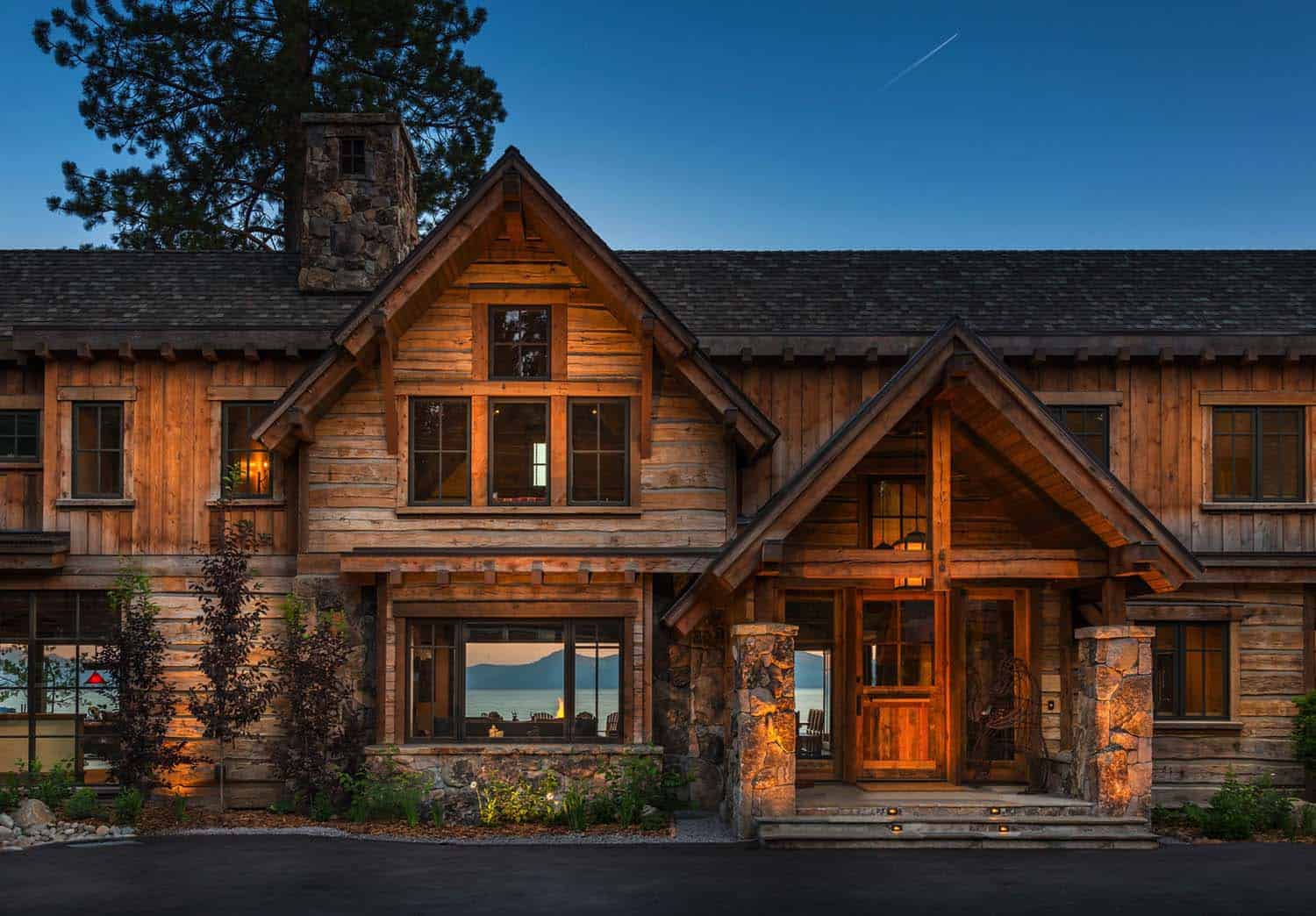 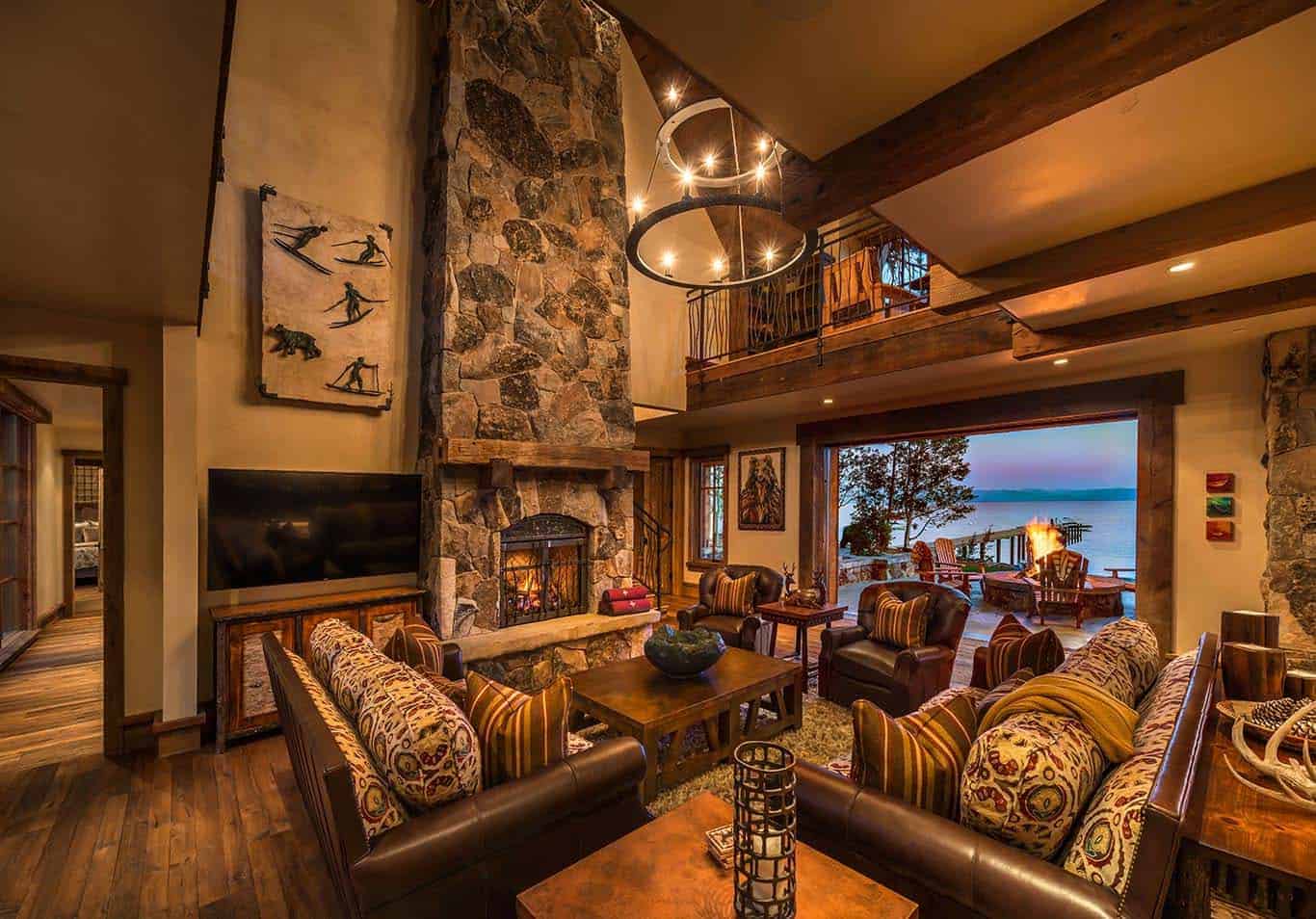 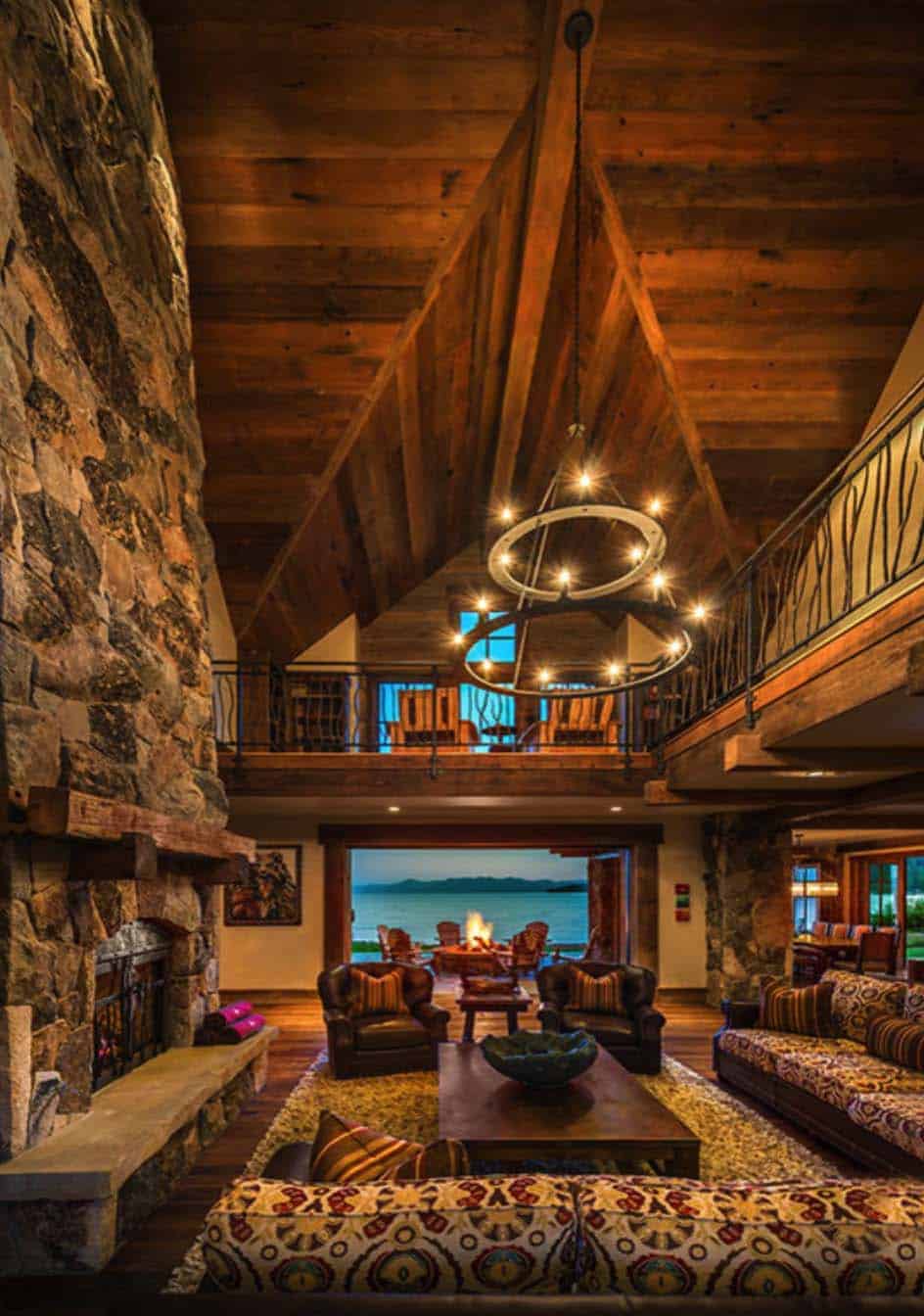 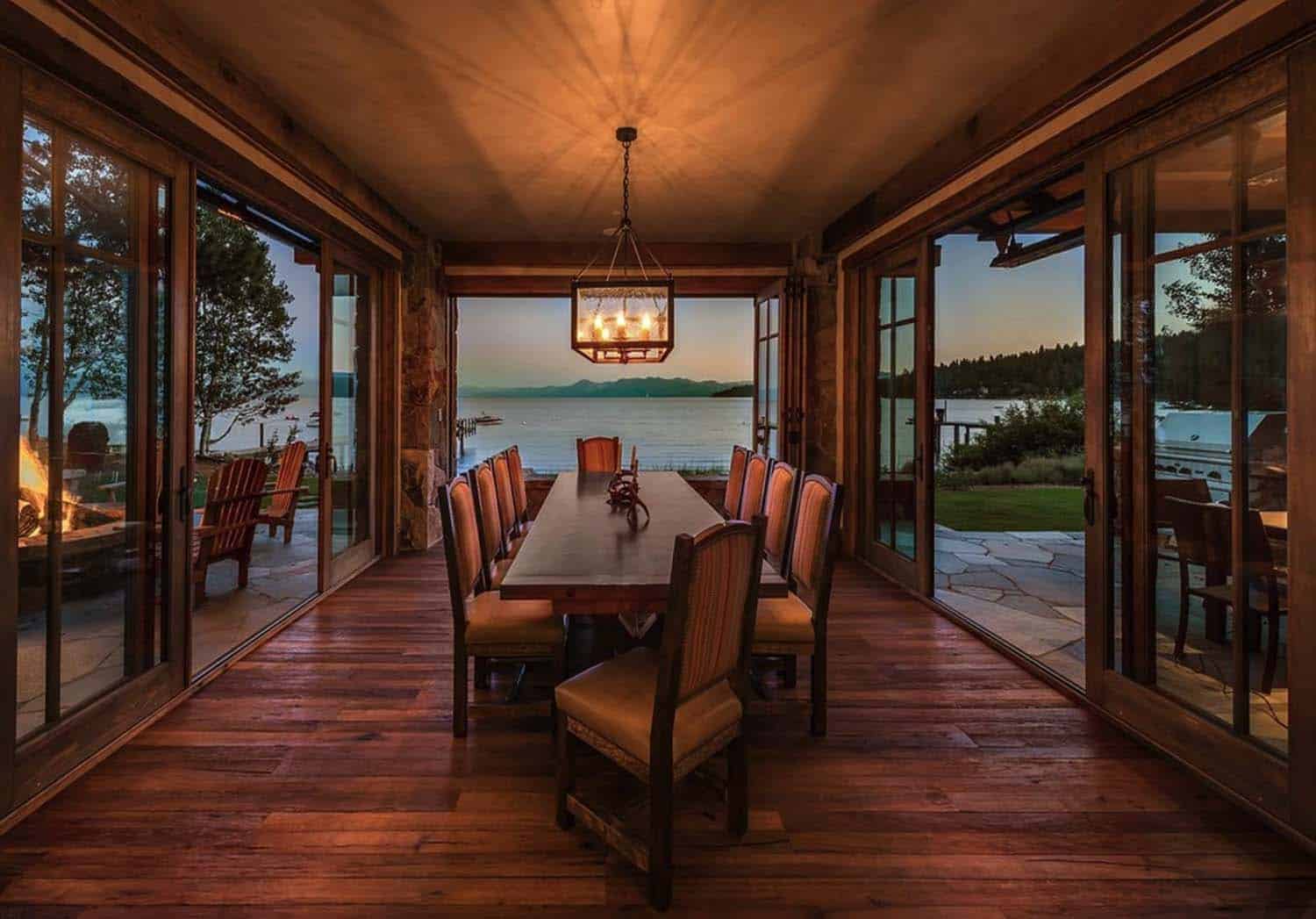 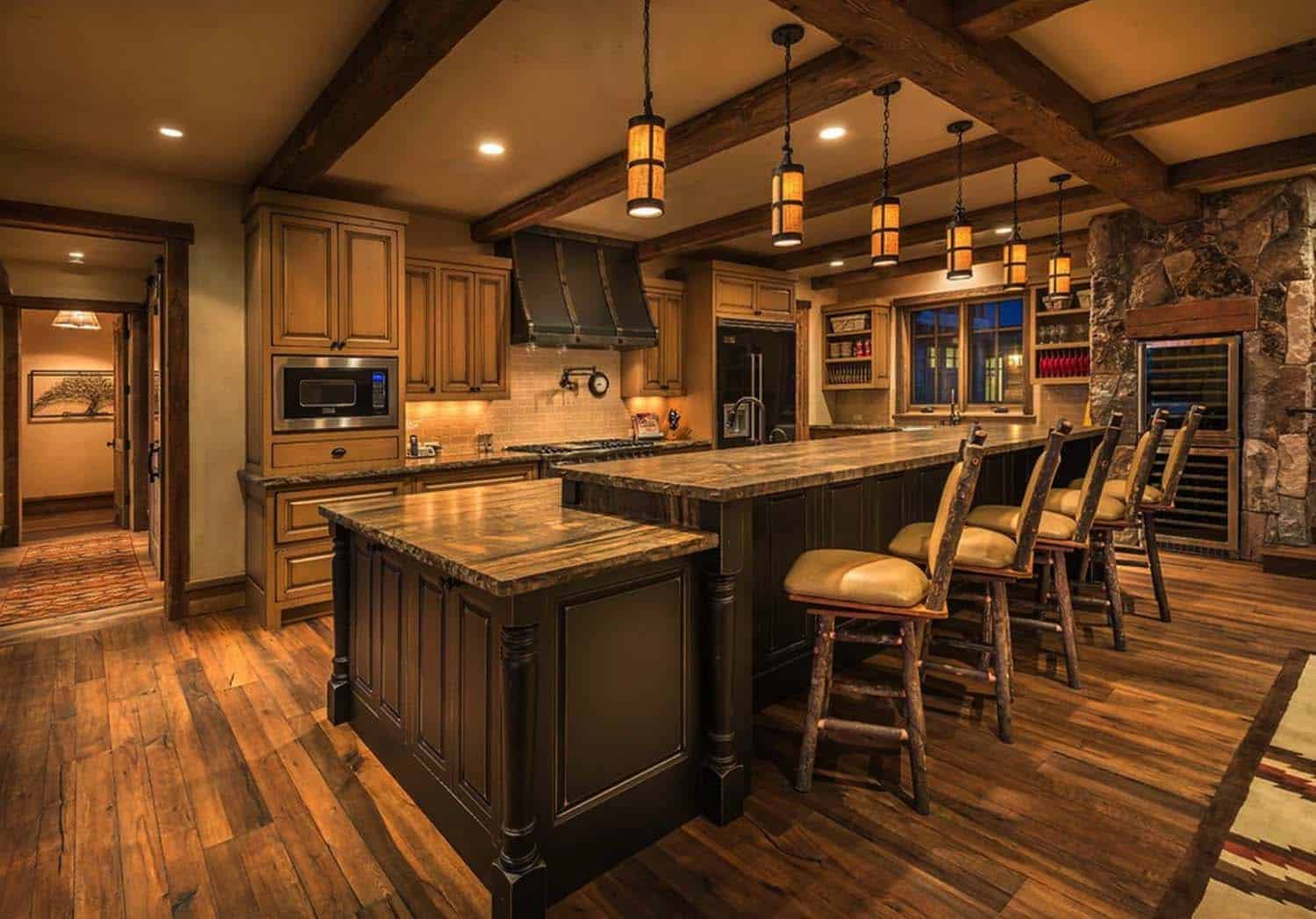 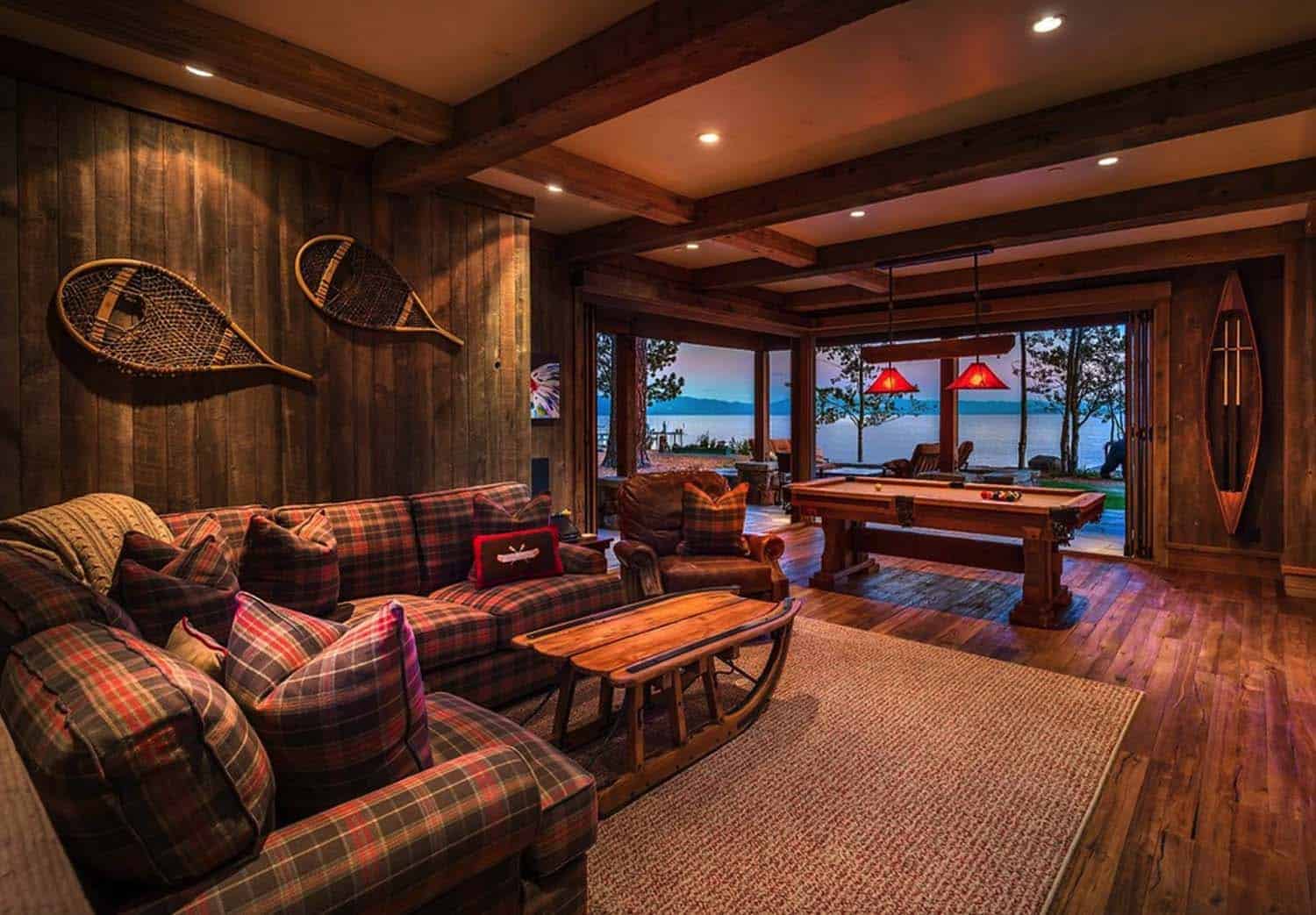 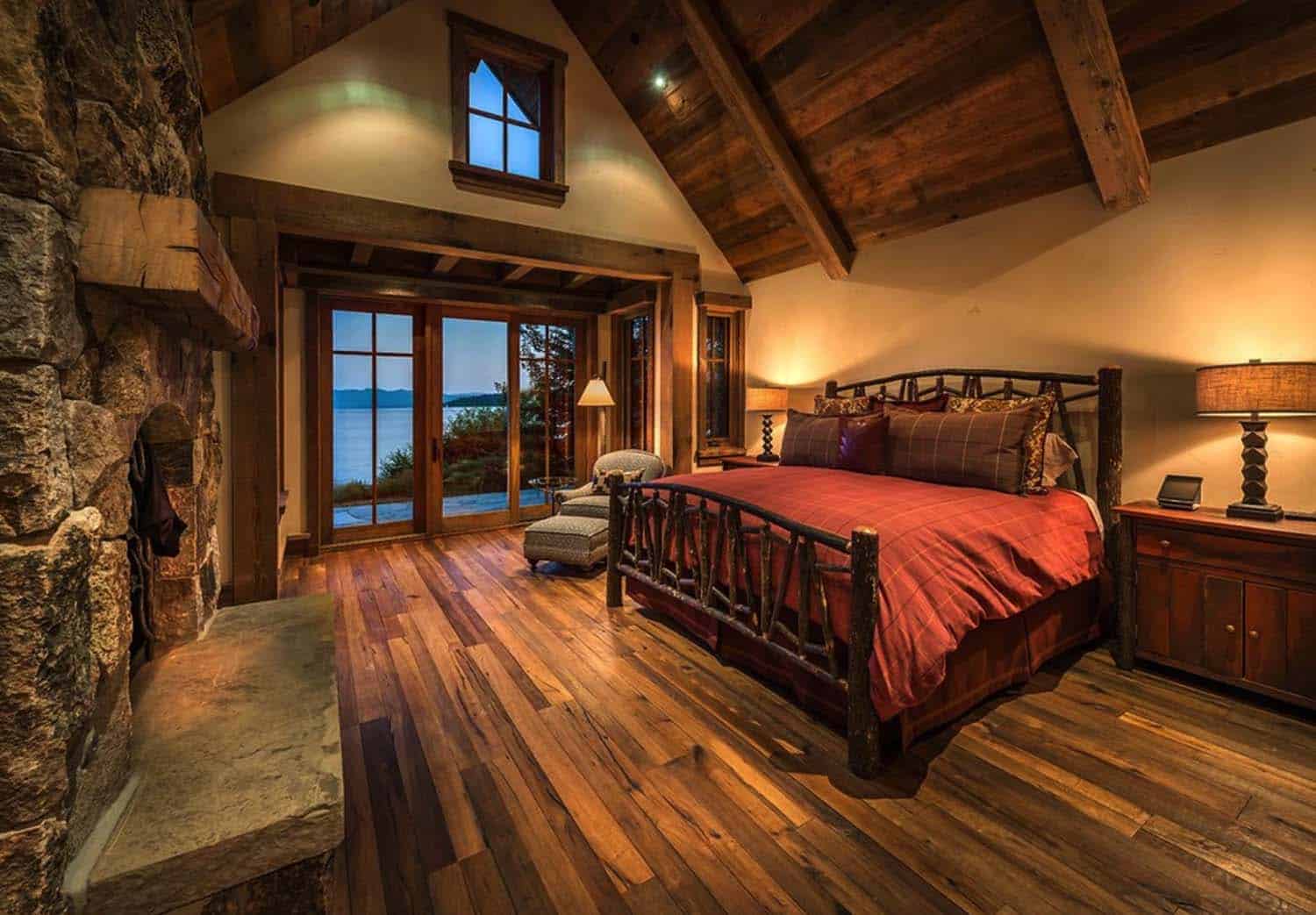 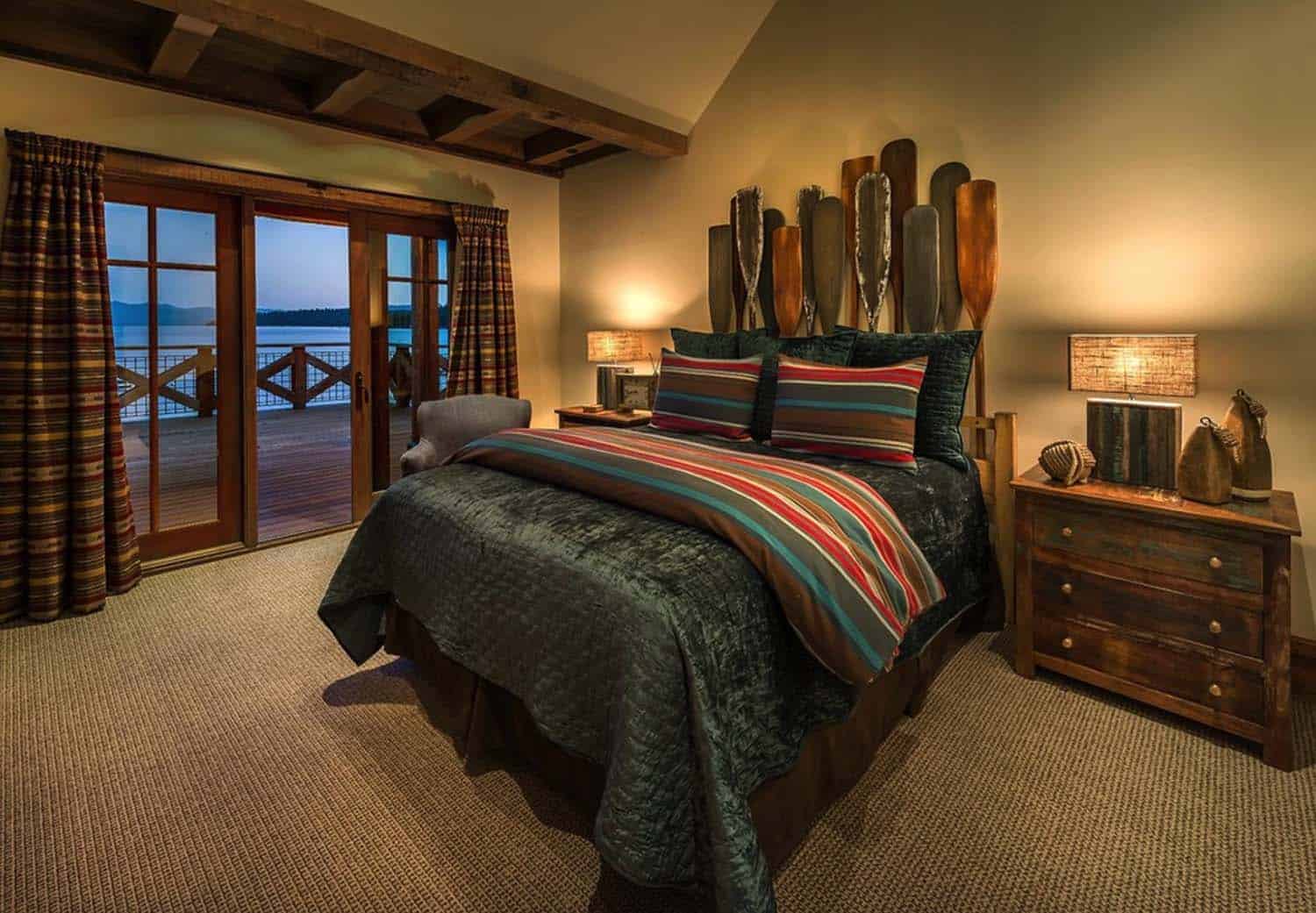 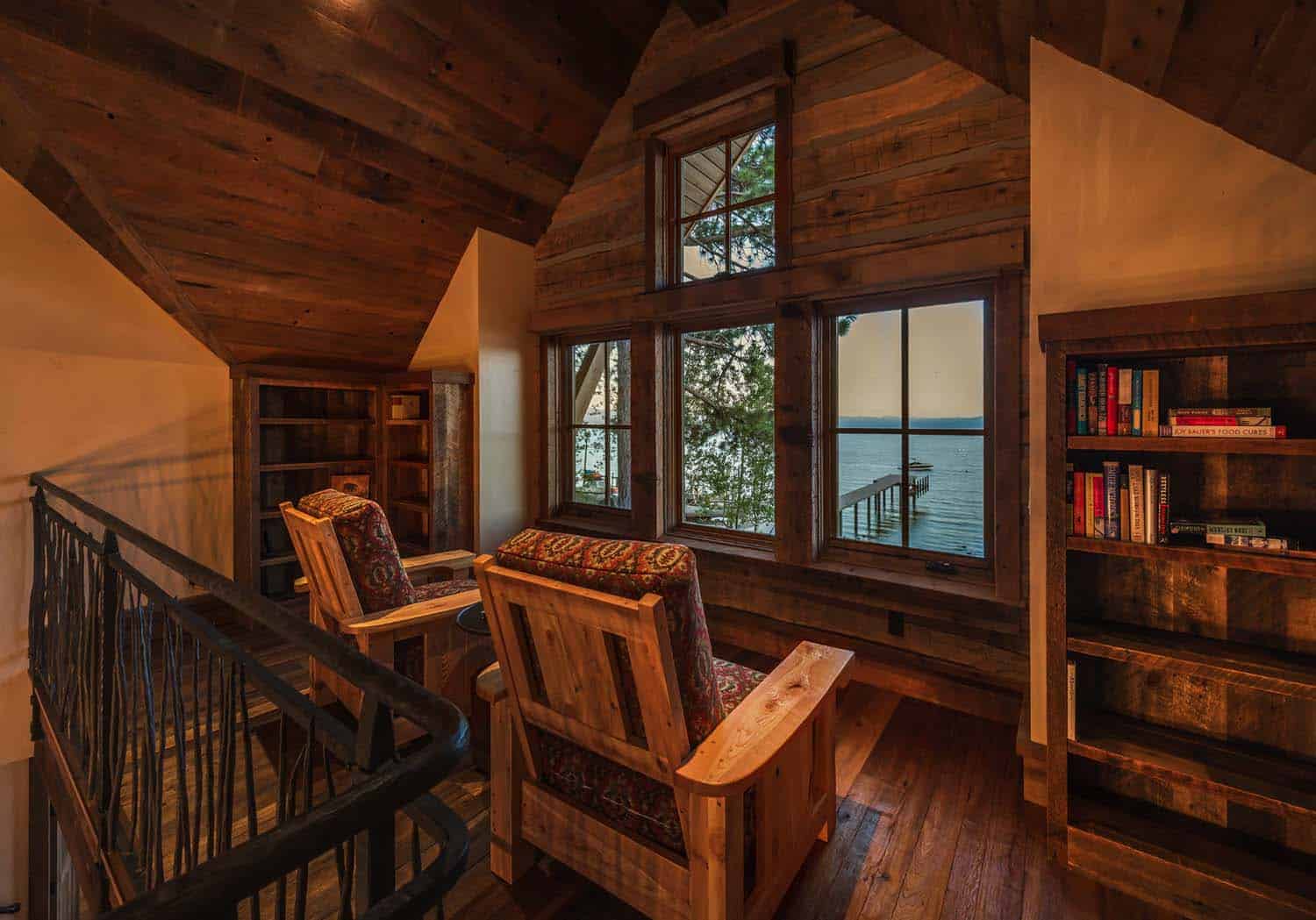 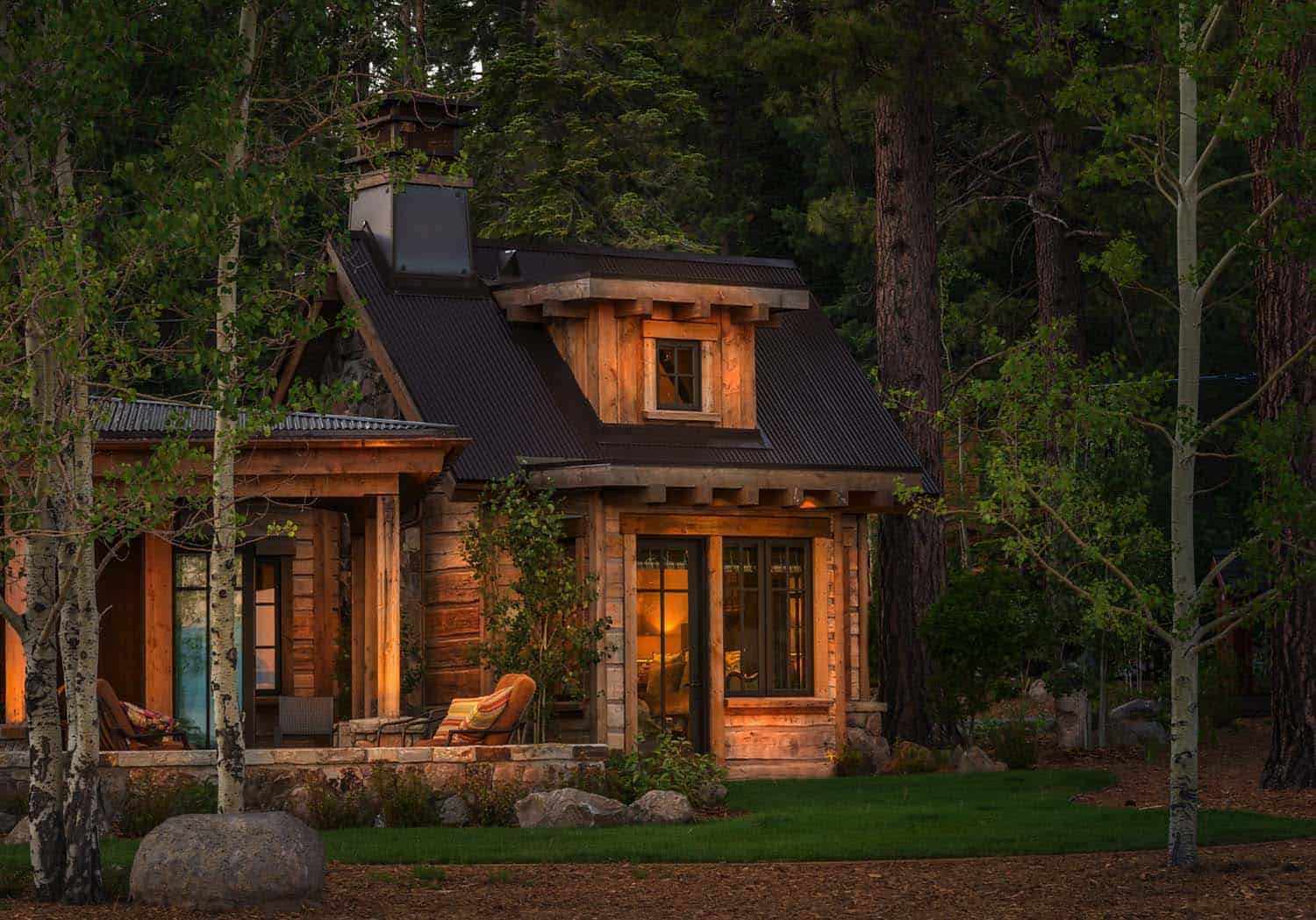 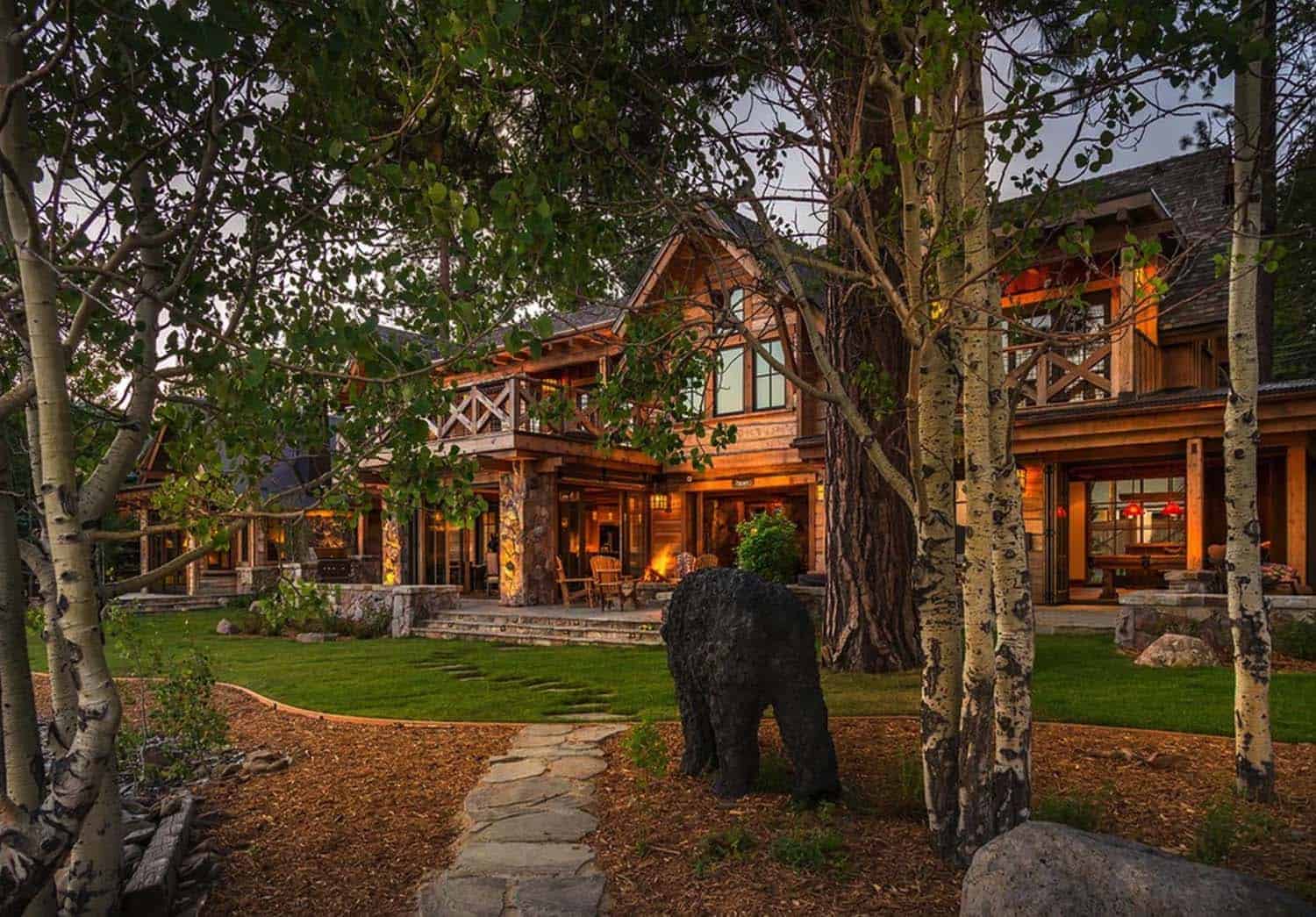 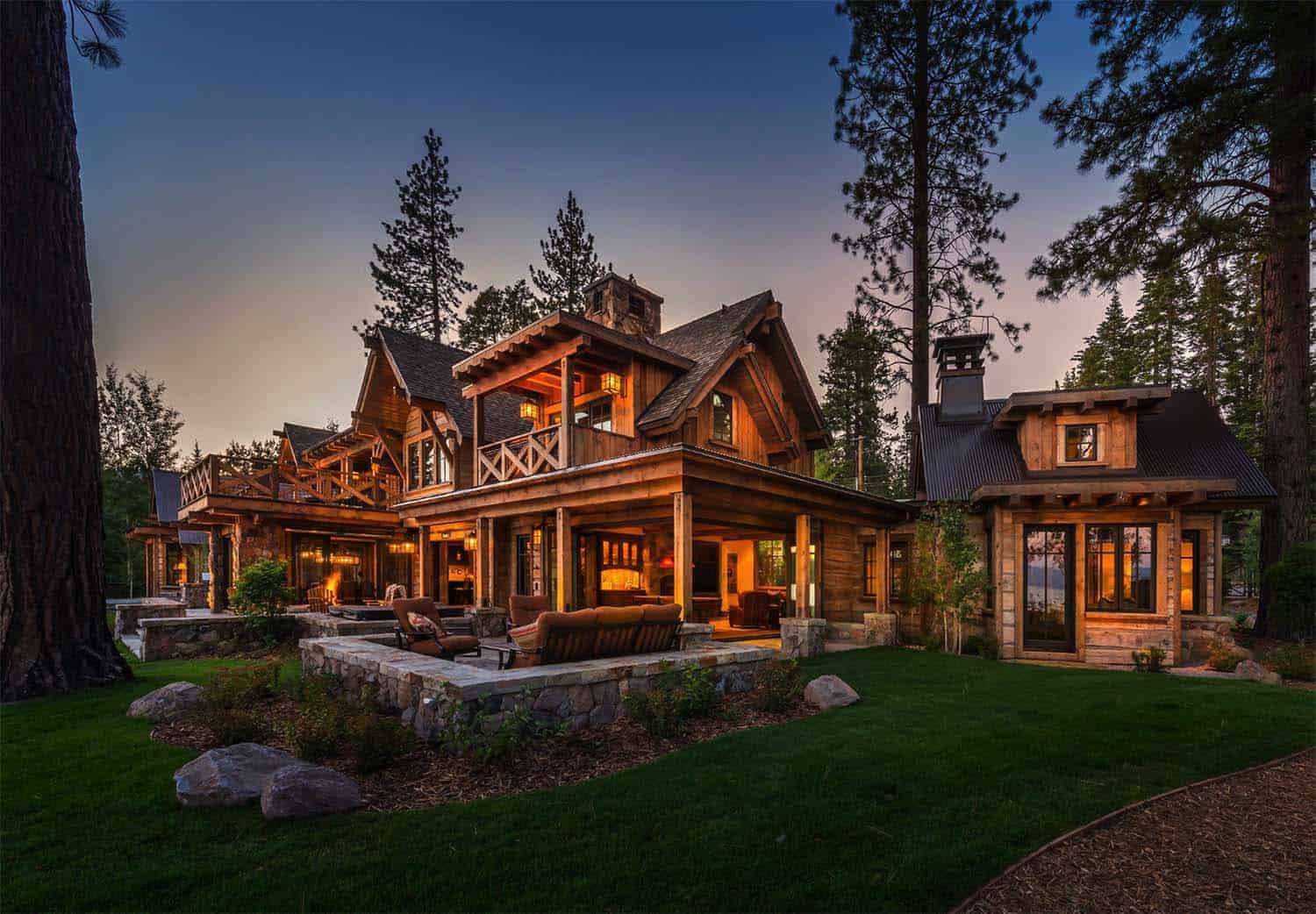 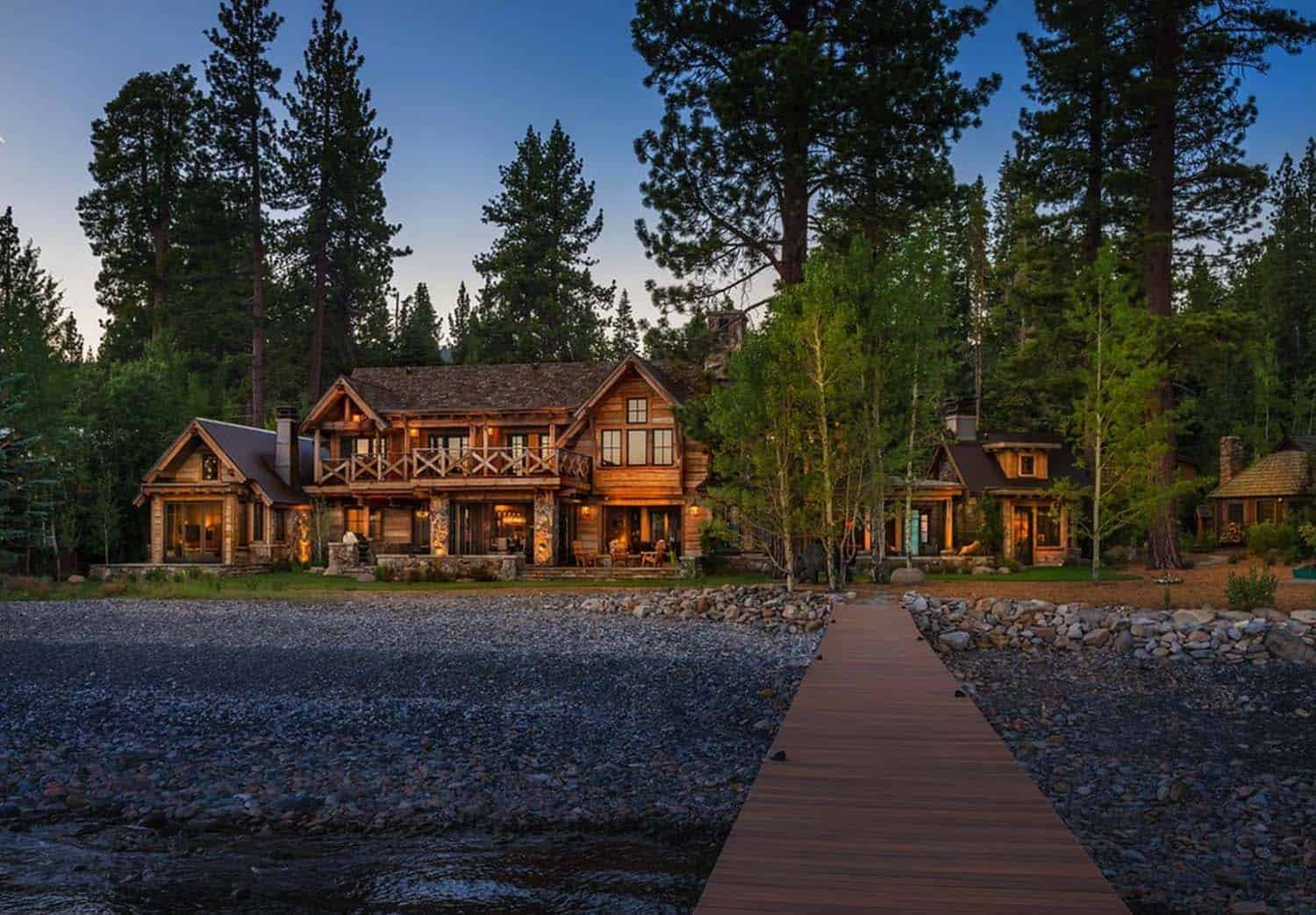 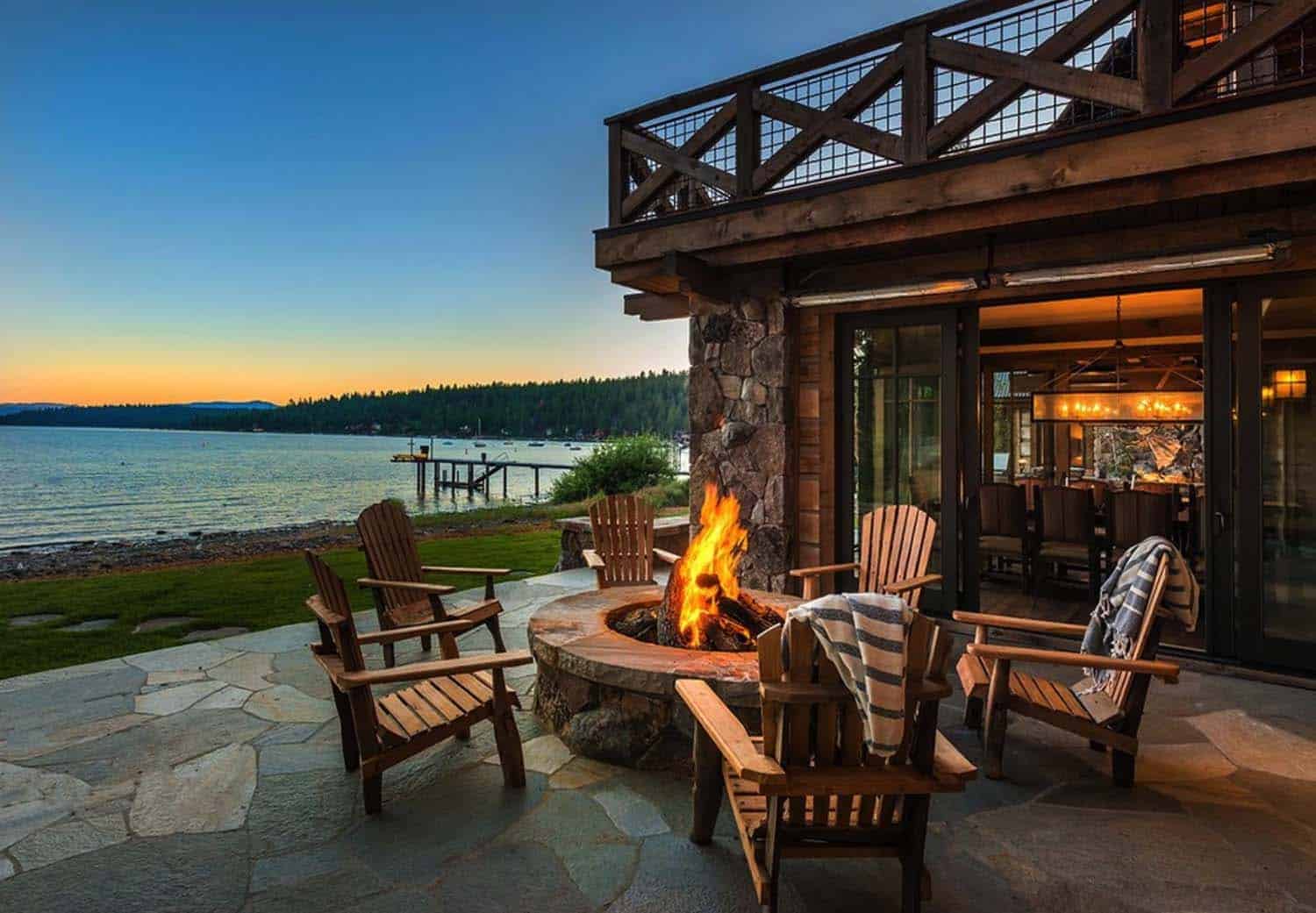 The plot itself is located on the calm, peaceful waters of a little community called Carnelian Bay. The impressive home spans 6,168 square feet and also boasts 200 feet of its very own beachfront. The property is just as impressive on the outside as it is on the inside, with a facade that looks just like a traditional, old fashioned lodge.

The mere fact that this beautiful home is made almost entirely from reclaimed materials is unique in itself, but that’s not actually the most interesting part. Much of the timber upcycled from the local area to build the structure was actually taken from cabins that once housed athletes who were cimpeting in the 1960 Winter Olympics at nearby Squaw Valley!

Primarily thanks to these reclaimed materials, the lodge harmonizes very well with its natural rustic surroundings. It was also intentionally built to take stunning advantage of nearly panoramic views of not only the lake but also the Sierra Nevada foothills. In fact, designers specifically oriented windows so that some kind of breathtaking nature view is afforded to guests from every single room in the house.

Another very intentional element of the house is how certain spaces were both sized and organized. For example, smaller social living spaces were included in the centre of the home with the intention of giving a home to intimate immediate family gatherings while much larger living spaces were built adjacent with more seating and an atmosphere of slightly increased grandeur, where larger gatherings of extended family and friends might take place.

The theme of reclaimed items continues throughout each of these social spaces and doesn’t actually stop at the timber taken from the Olympic cabins. Various items and materials were also sourced far and wide, from naval shipyards right in California to rural barns all the way across the country in Pennsylvania. Some of the heavier timbers were even imported from British Columbia in Canada!

Of course, with a natural outdoor space like this one, the house already comes with an abundance of available outdoor activities practically by default. Designers equipped the home with plenty of deck and patio space to take full advantage of the warmth and fresh air, including seats and open air lounge spaces for family bonding and hosting guests.

Naturally, if one is going to have guests, they’ll need somewhere to sleep, particularly since just about everyone who visits this gorgeous space ends up wanting to stay and enjoy it for as many days as they can. That’s why the house was specifically equipped to handle plenty of overnight visitors. On top of the primary master bedroom and a stunning room for the owners’ children, the cabin also boasts five additional guest suites that rival the master in size.

Perhaps the loveliest of the outdoor lounge spaces is the upper level sun deck, since it gets the most natural light an a gorgeous 360 view. Inside there are plenty of relaxation spaces too, built to include every member of the family no matter their age. Designers even built a kids’ lounge space and a shockingly cozy and unique reading loft with views of its own.

All of these different elements combined in one place have a very particular kind of charm to them. They might be various things ramshackled together, but that’s precisely the intent, and they’re combined in a sensical way that tells a story and has plenty of charm. Designers used the house as an opportunity to find beauty in the rough and discarded and they succeeded to such an extent that the whole place now has an aura of rustic sophistication to it!

Overall, the house welcomes people to each room, from the expansive kitchen to the kitschy guest rooms, with an air of traditional, down-home, old world Lake Tahoe warmth. Every detail is planned and executed in such detail that, even in the most haphazard and reclaimed look parts of the cabin, things fit just right as the lodge itself appears to grow right out of the land it fits so well on.