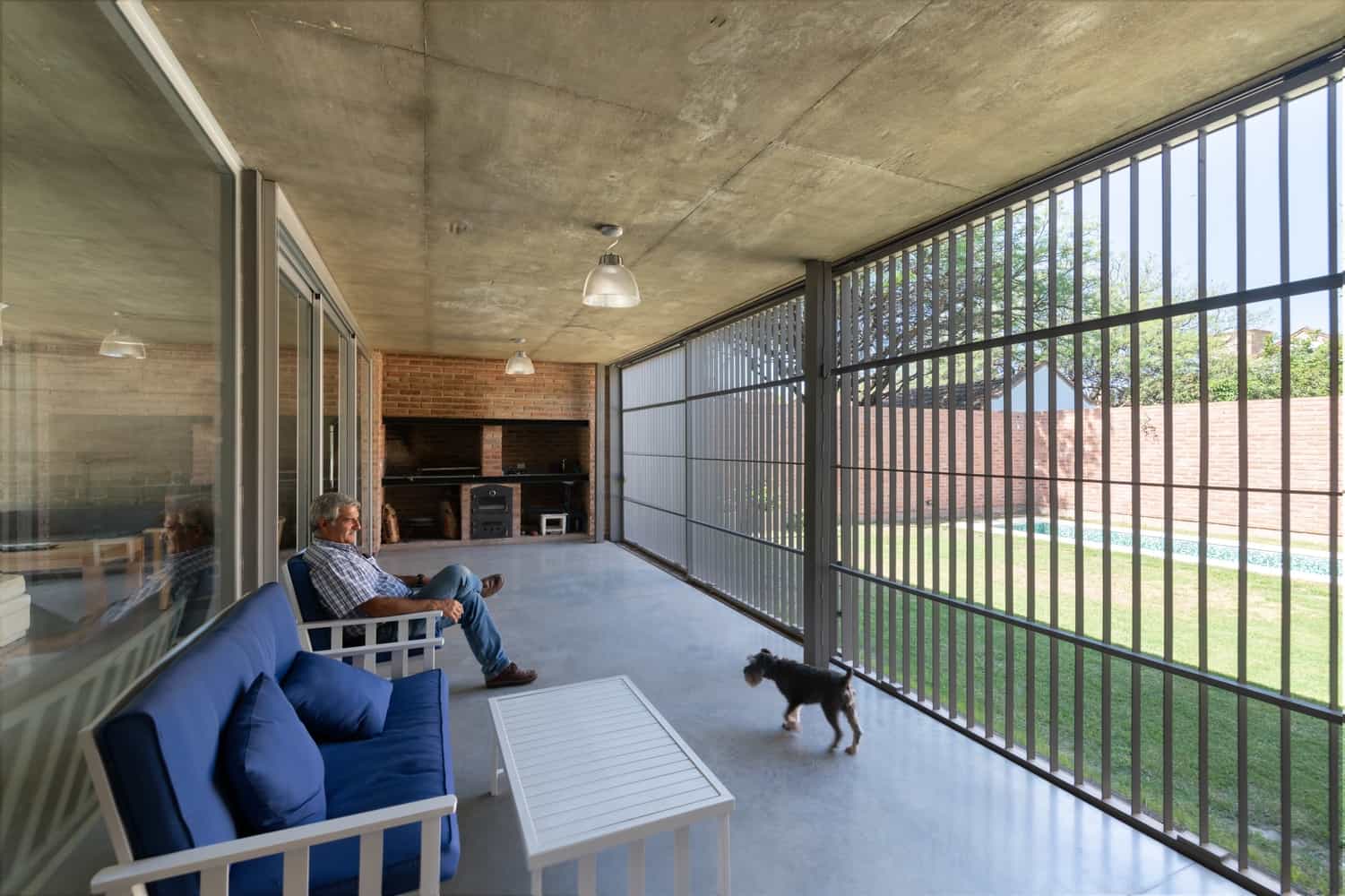 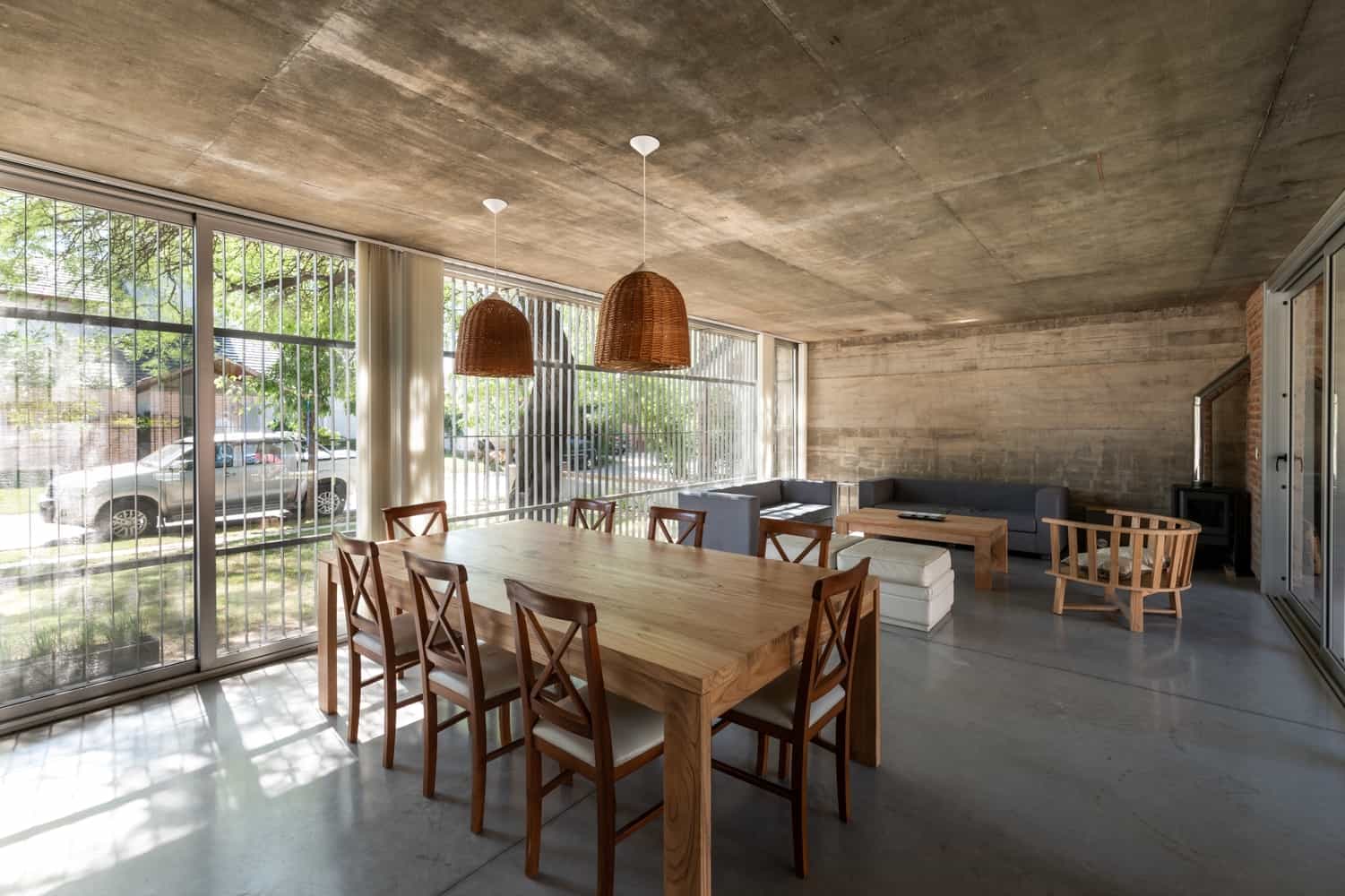 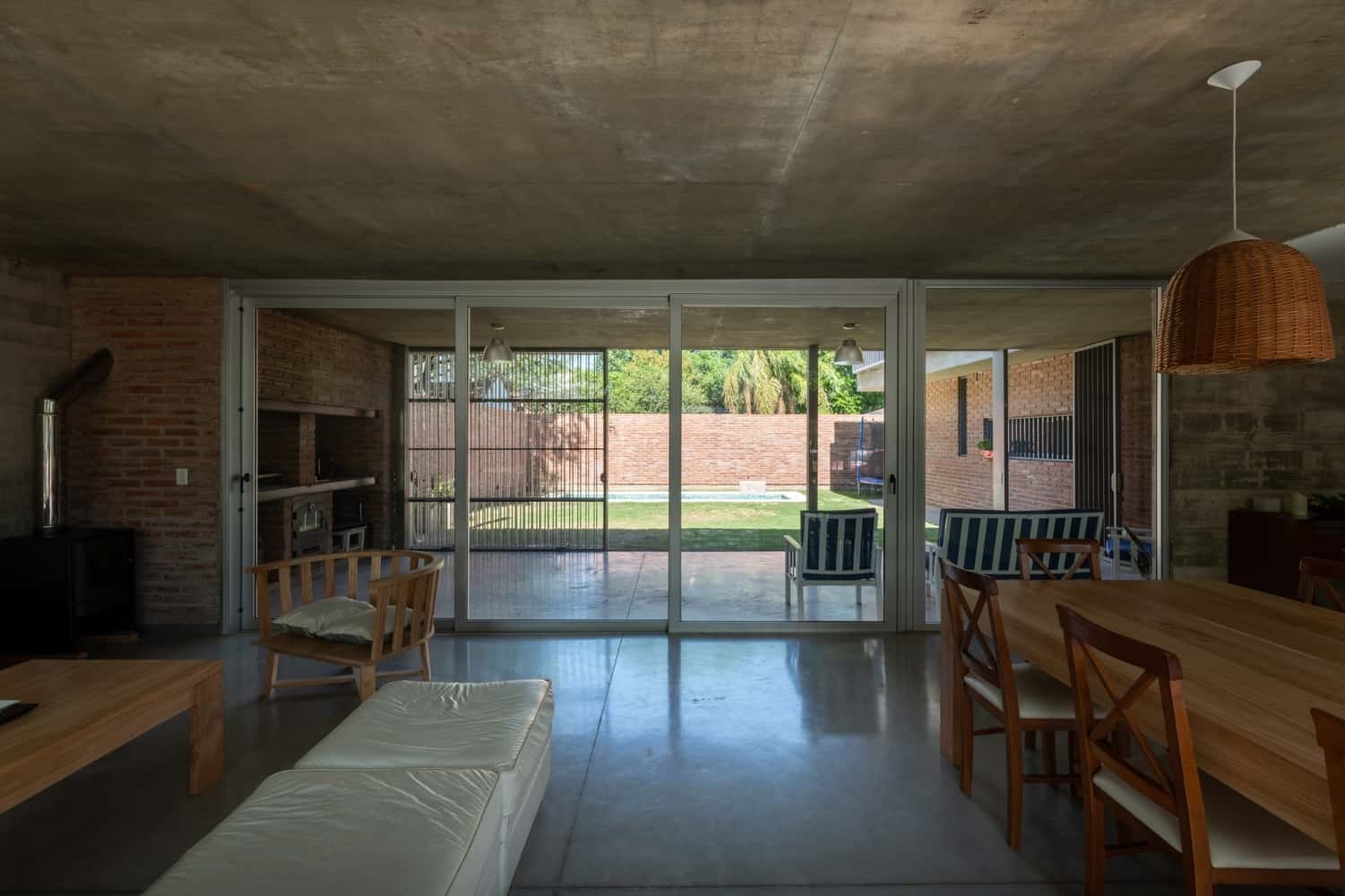 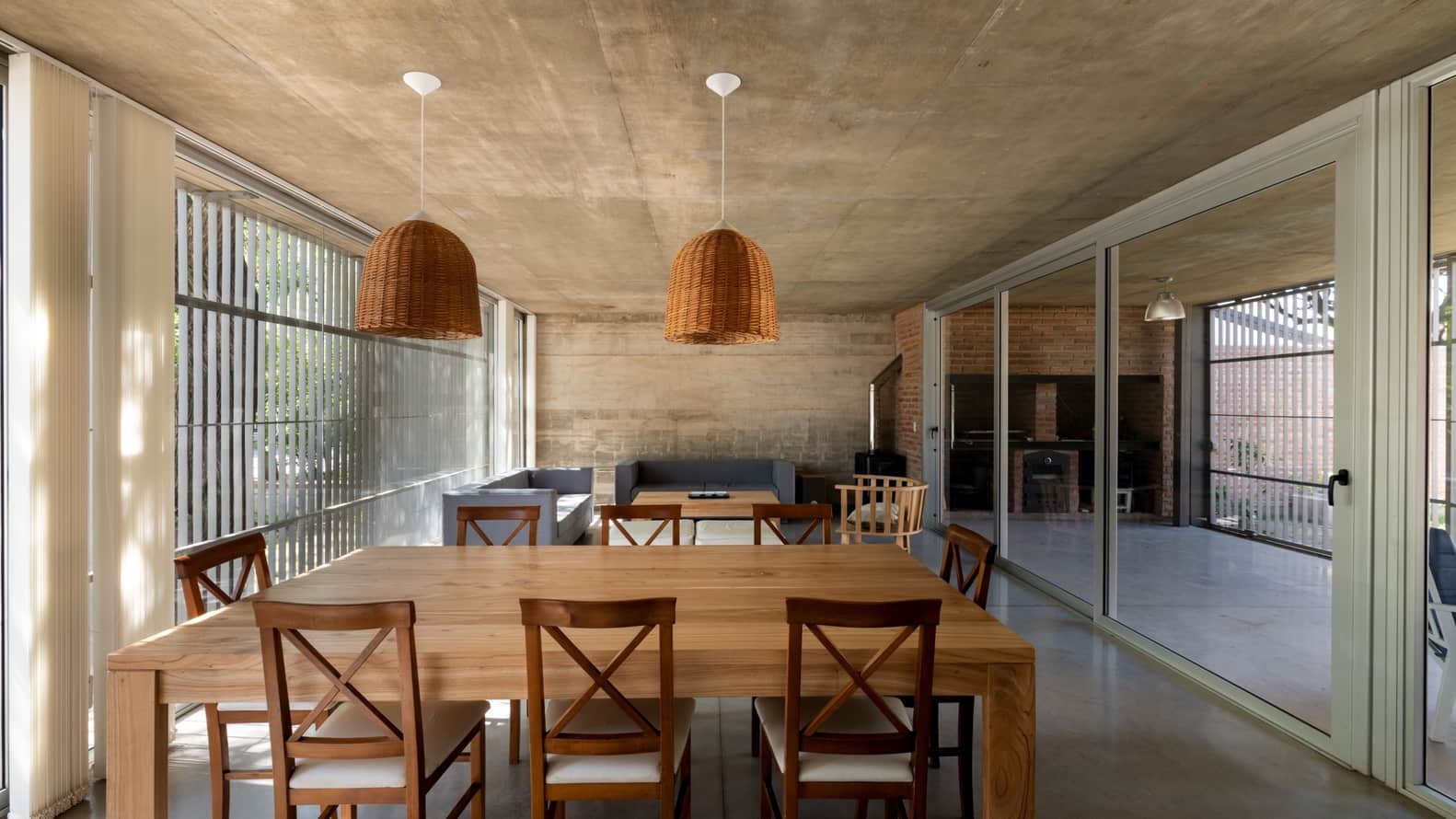 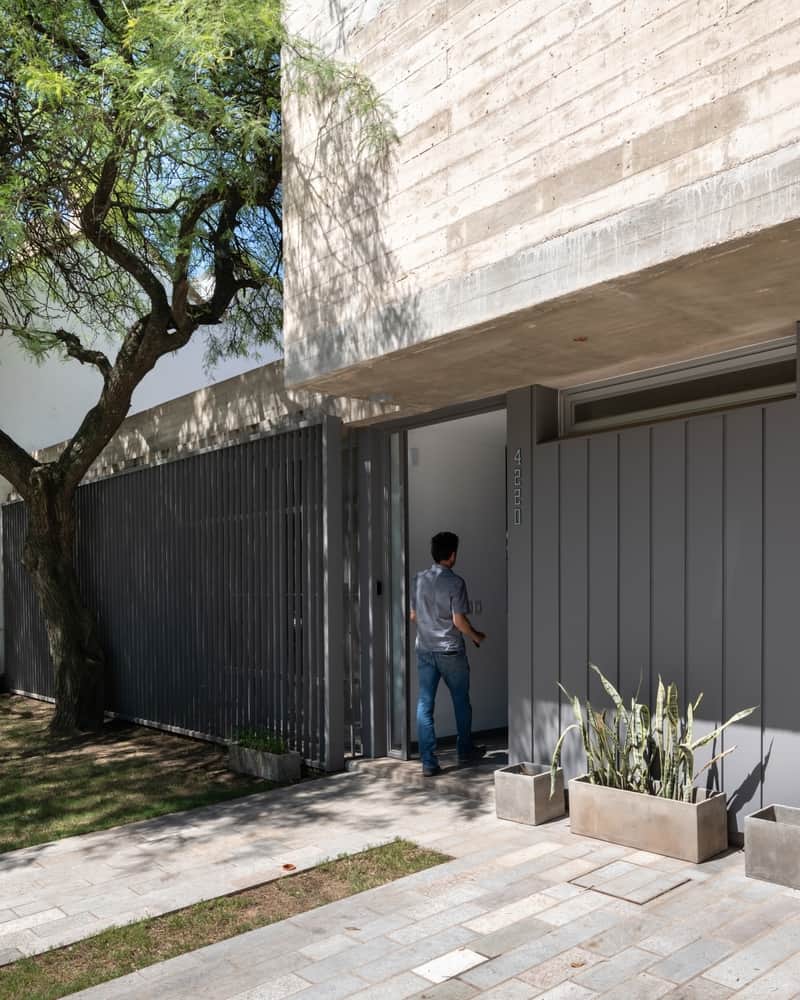 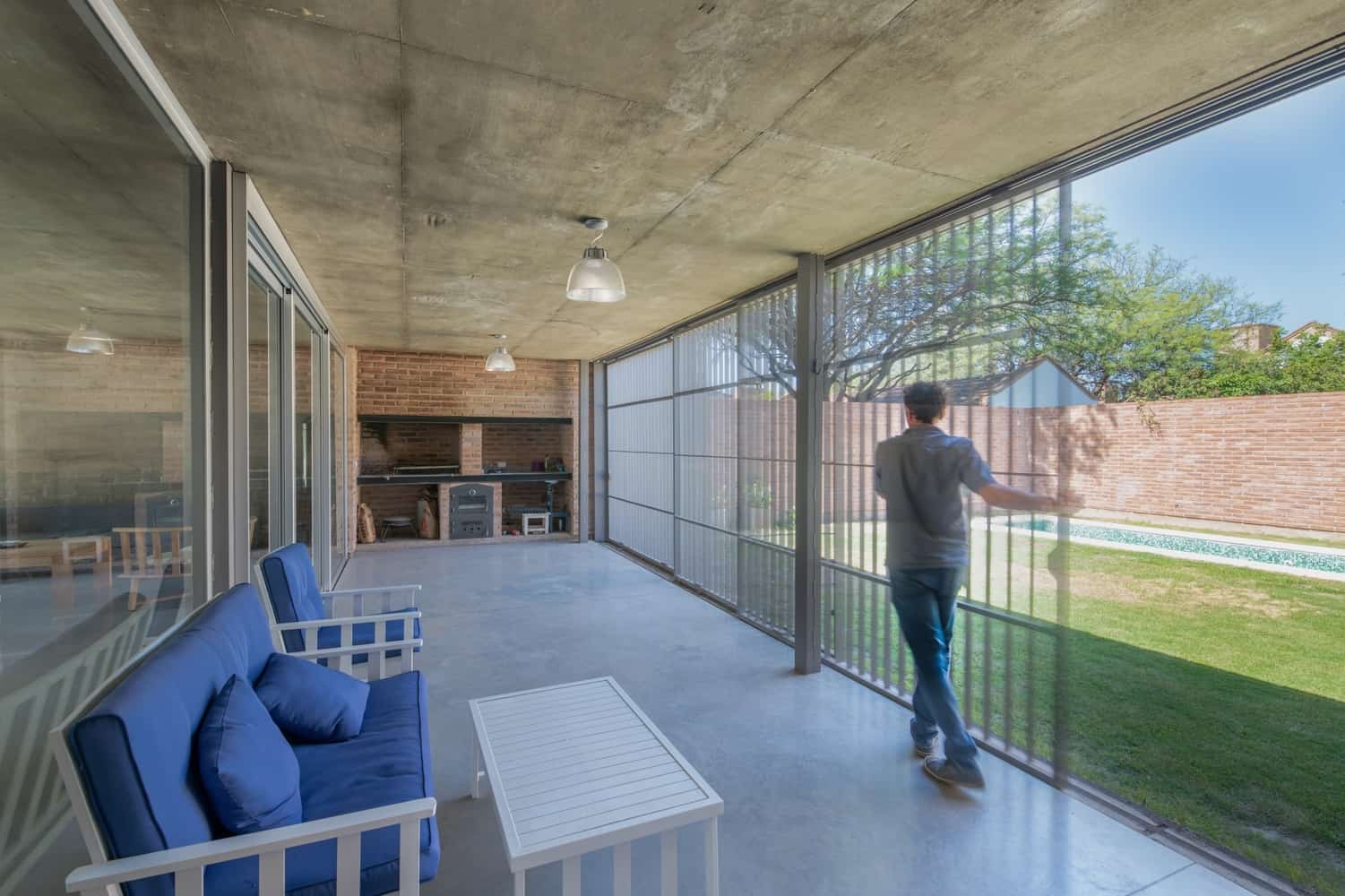 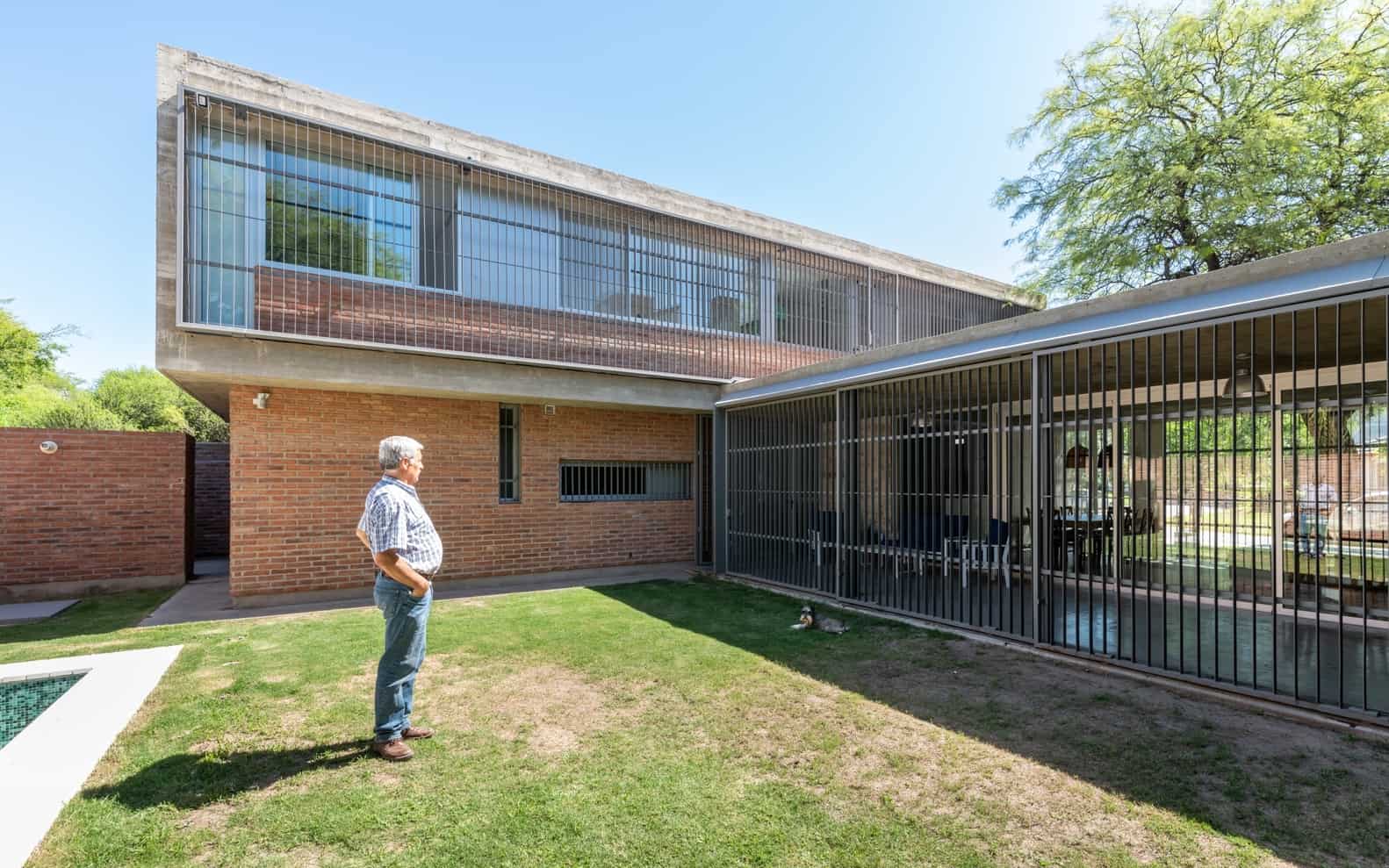 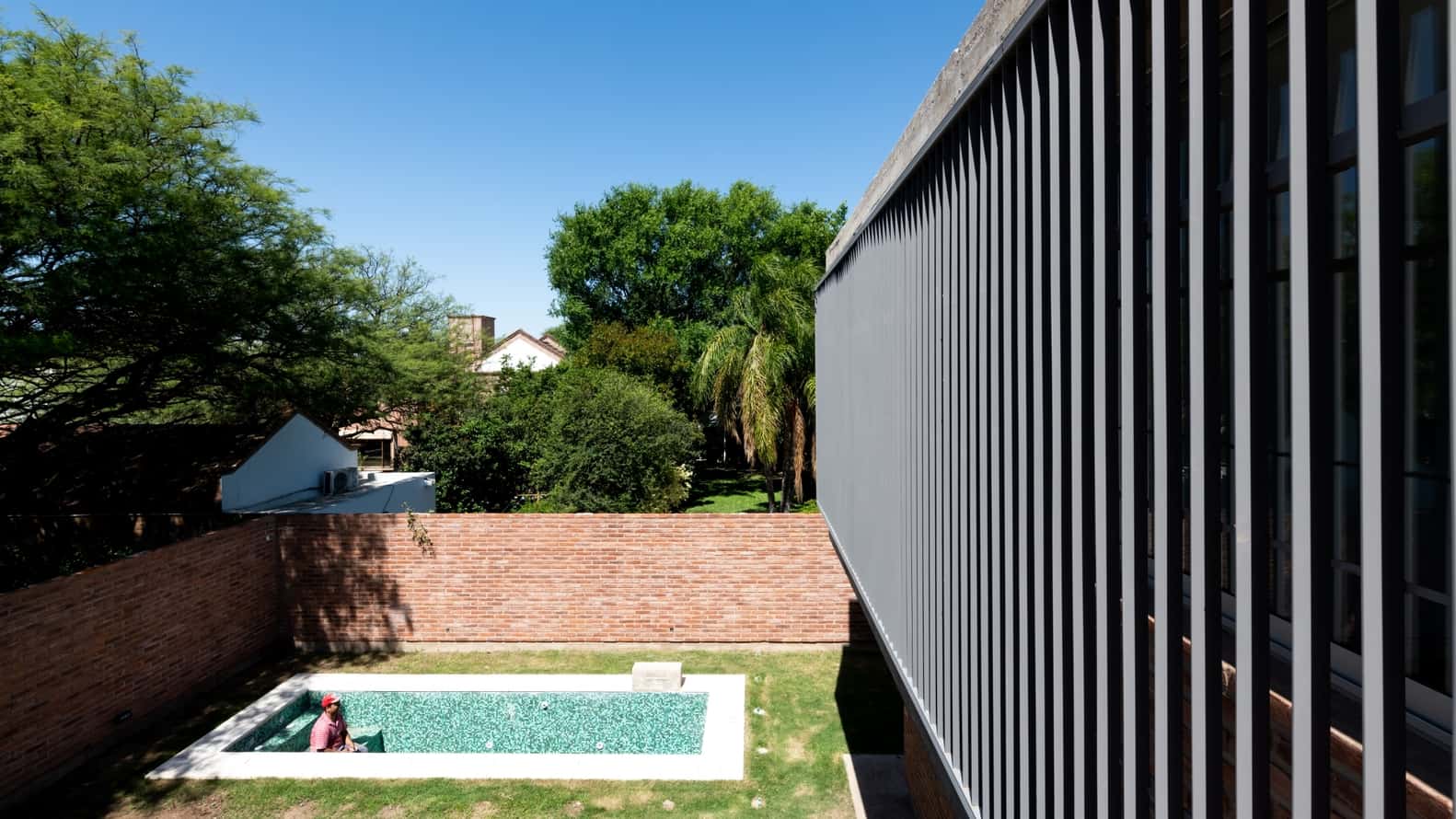 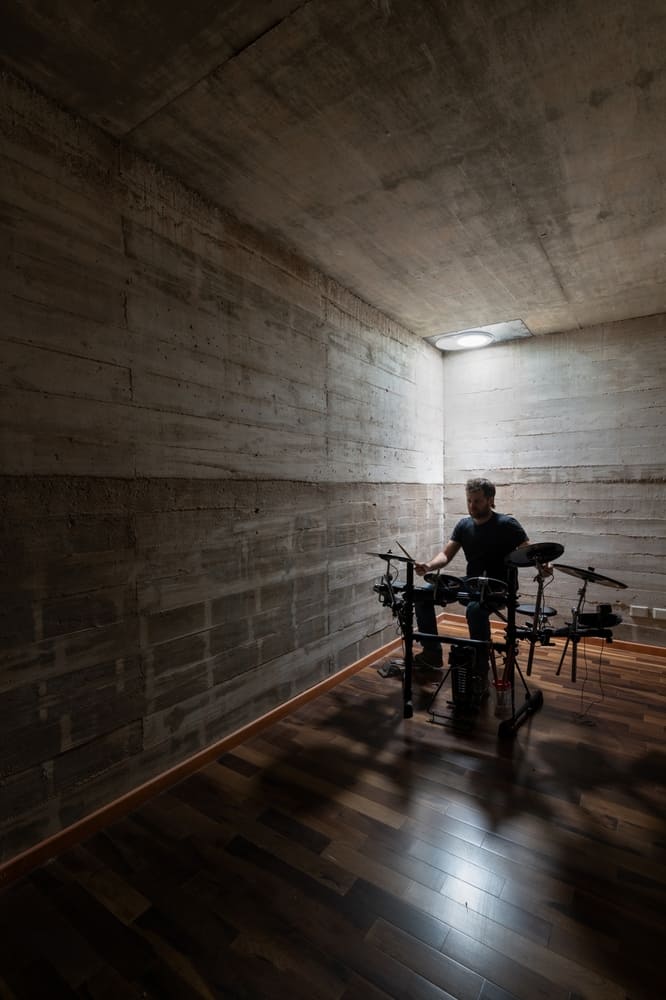 In the heart of Cordoba, Argentina, sitting on the outskirts of an equine race course, the impressive concrete structure that is House MC2 was recently created by Gastón Castellano.

Besides the structure itself, perhaps the best feature of the House MC2 land plot is the sprawling carob tree in the centre of the yard. This tree was native to the land, so designers opted to work around it and incorporate it into the layout of the new building project, disturbing it as little as possible. Designers aimed to wrap the house around the tree’s natural space while still building closely enough to it that a cohesiveness is created between the two.

The house itself is built in two primary volumes in order to account for the space the carob tree needed. The first volume sits at the ground level and houses the public or common areas of the house, where visitors might be entertained. Keeping these rooms on street level was intentional for giving the house sensical flow. The perpendicular orientation of this floor was intentional as well, making it a sort of dividing wall between the private yard and where the plot beings at the street.

The second volume, which sits up top in the concrete building, is where the private areas of the house are located. While the ground floor volume is quite open concept, with openness due to wooden slatted screens leading into the yard, the private areas up top are much more closed in. Even so, they remind quite bright and calm in their atmosphere thanks to emphasis on lovely windows and some skylights.

Because the building itself is made of such heavy materials, designers put some concentration into making sure a cohesion between inner and outer areas existed in full bloom, complete with greenery and plants throughout. One of the loveliest features that falls into the vein is the screened off area that serves as a patio when open on warm days and a sun room when it’s closed off in colder weather.

Besides atmosphere, designers also put a lot of emphasis on incorporating entertainment right into the home by building certain spaces specifically intended for hosting, socializing, or hobby time. The basement, for example, is noise insulated for music and recording. There is also a fully equipped entertainment room for movies and television and a wine cellar to give owner lots of options when guests come over.

Now, we’ve talked a lot about the concrete nature of this home but, believe it or not, it actually had a practical and functional goal as well as a stylistic one. Thanks to its solid materials and shape, the house is actually anti-seismic, making it safer in the event of an earthquake. By default, the house is also lower maintenance, which is a perk for new owners.