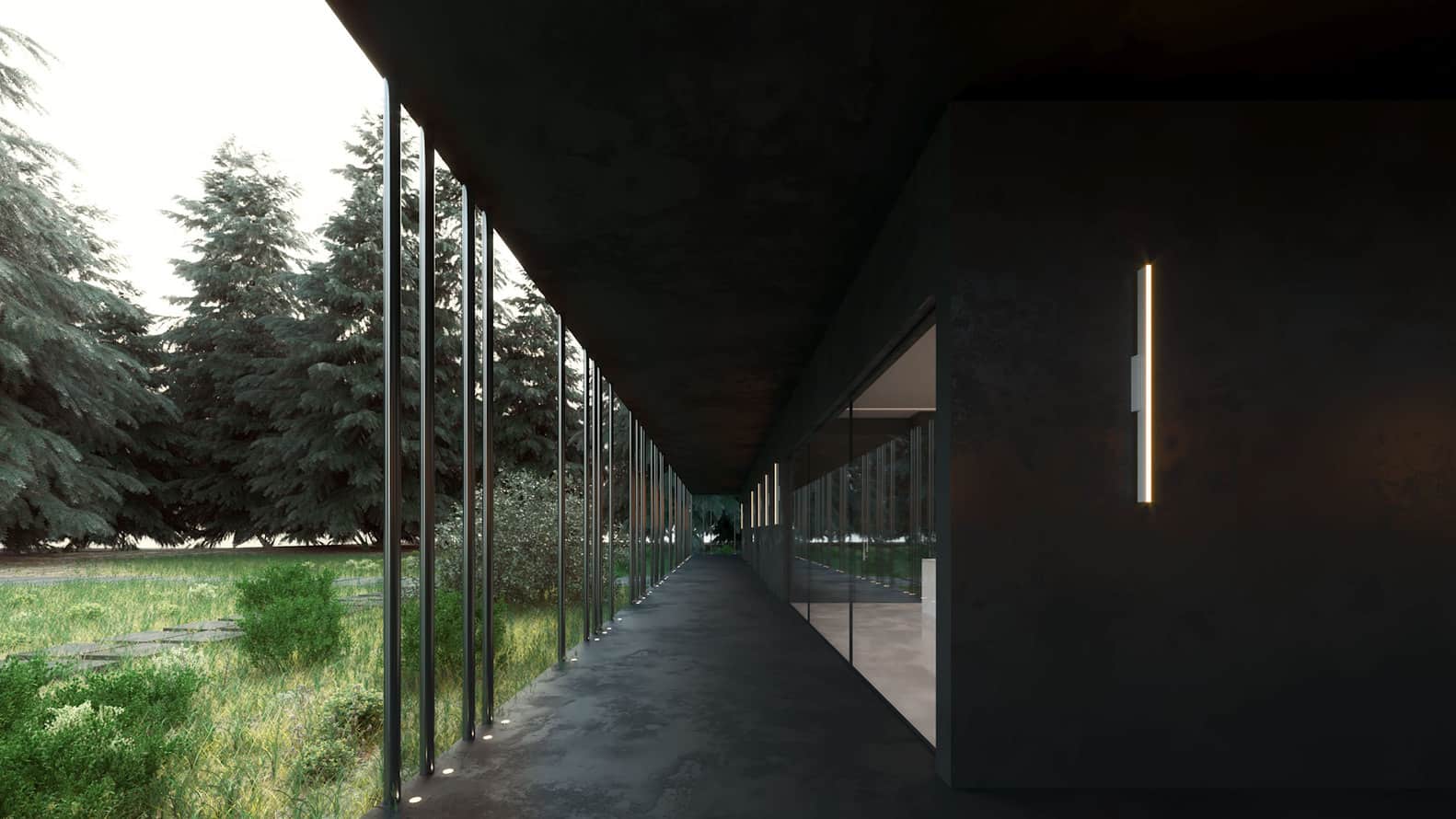 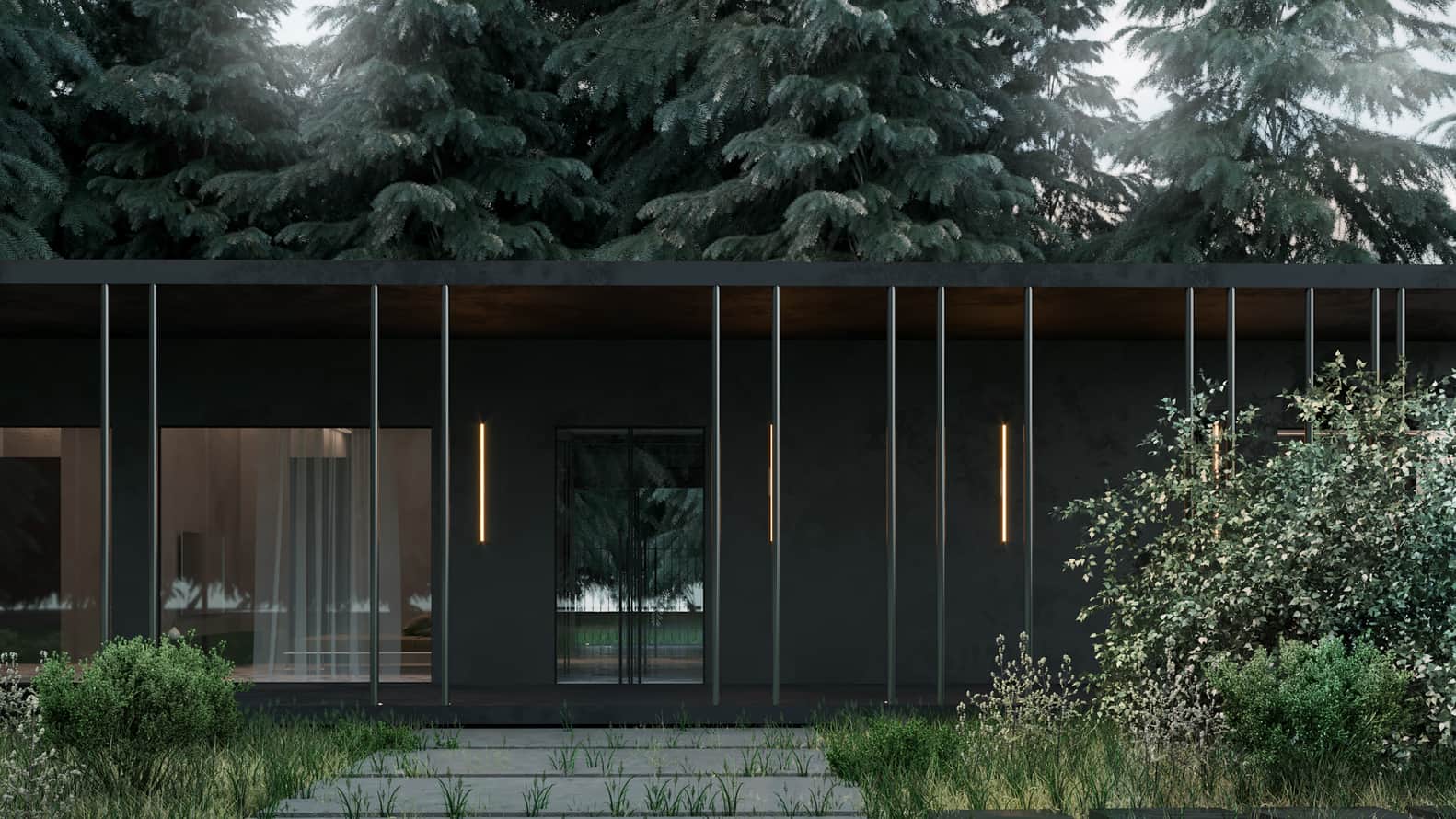 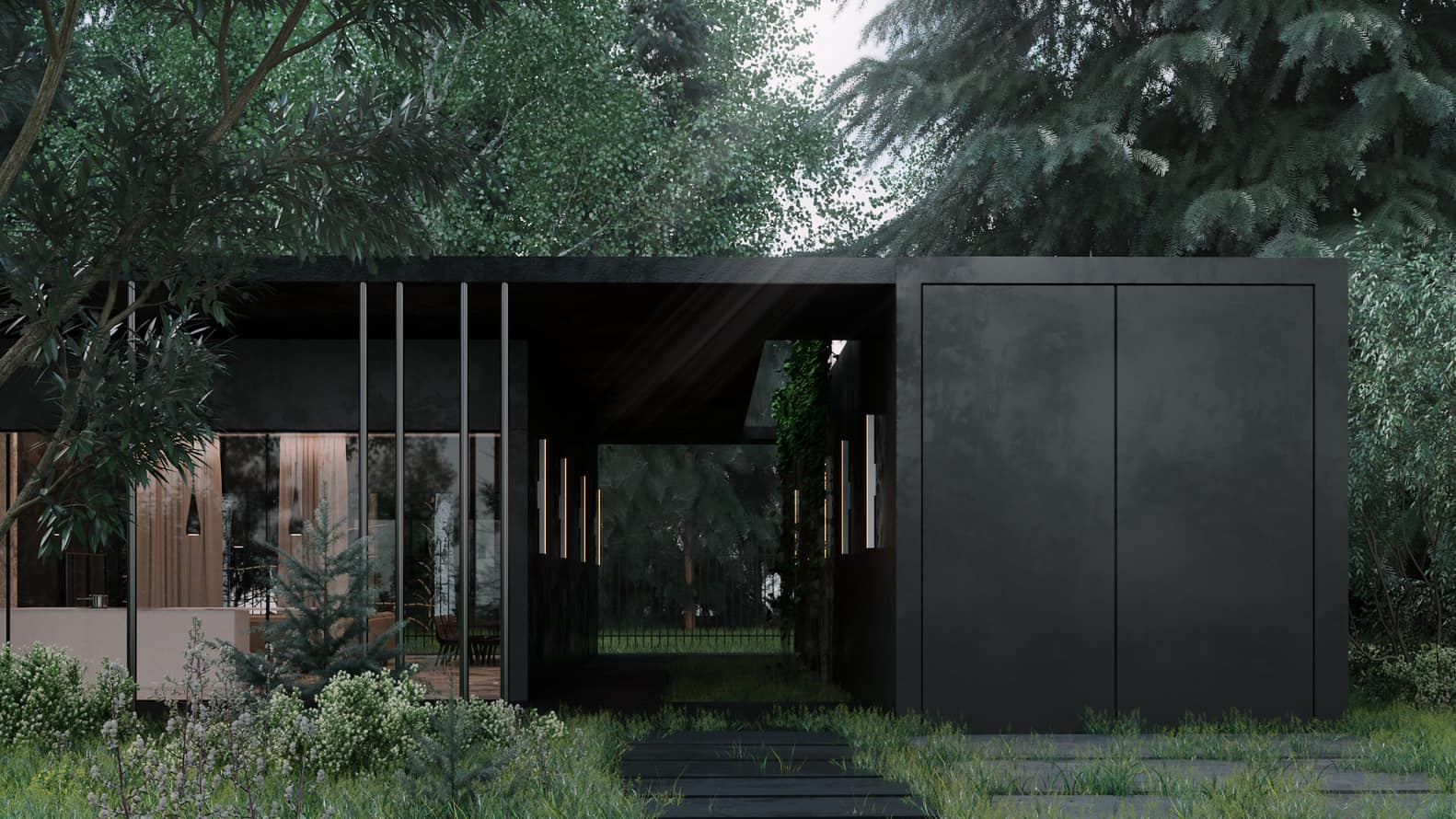 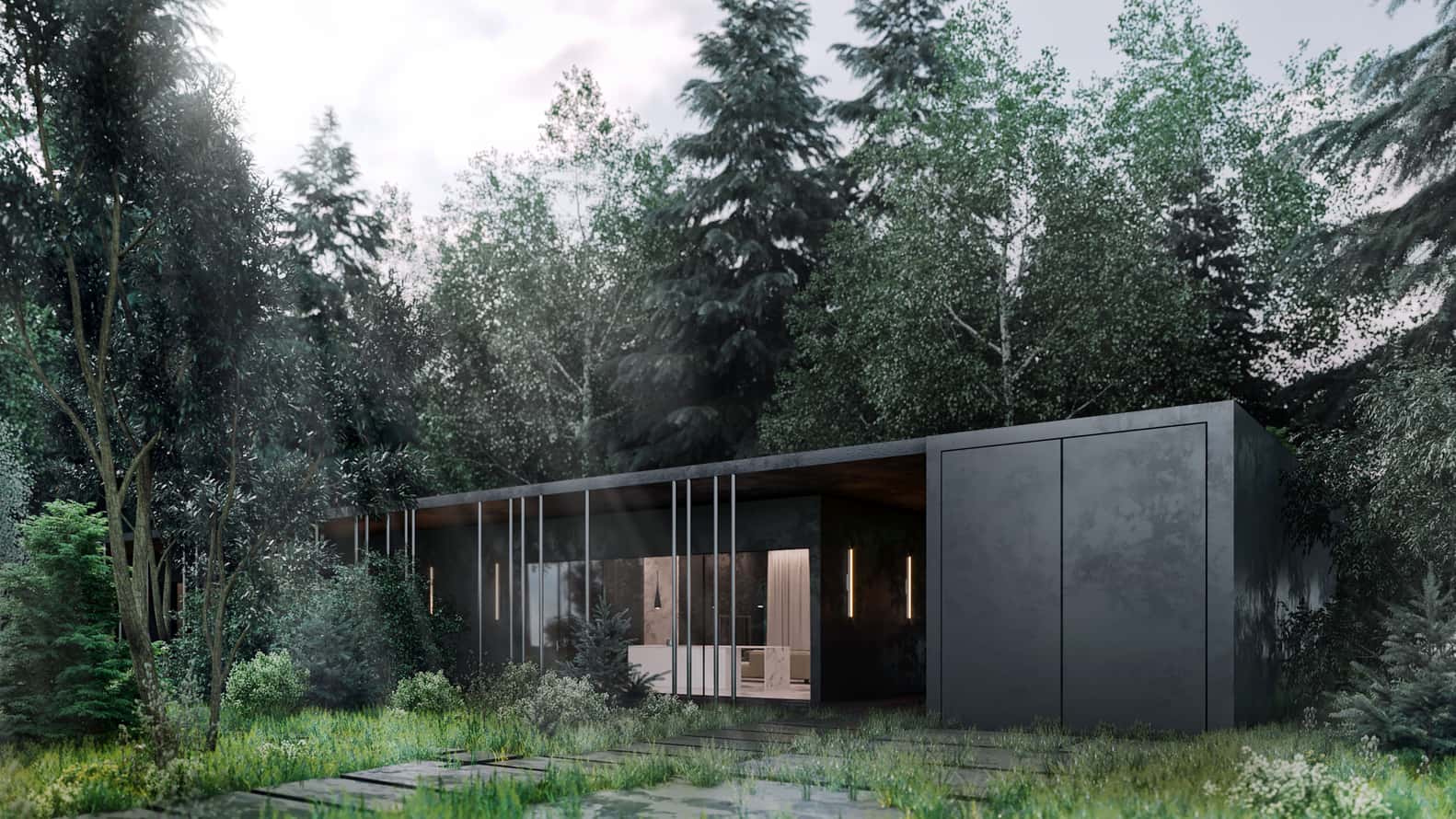 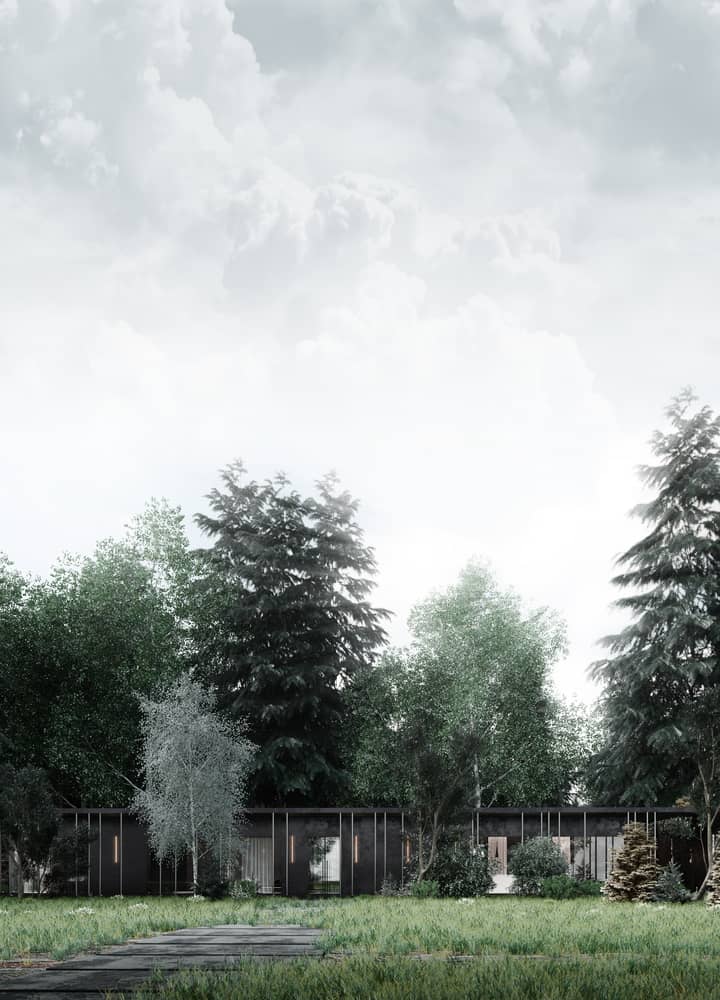 In the lush forests right outside of Moscow, Russia, creative designers at ARCHSLON have recently created a contemporary and uniquely shaped but natural looking cubic residence called the Black Villa.

As its name suggests, the villa is made with an entirely black facade that at once makes the house stand out but also blends it right into the trees in certain lighting, preventing it from really interrupting the scenery around it. In fact, the distinct Russian landscape is actually what provided the direct inspiration for the designers’ original conceptualization of the house.

The house was made with the intention of integrating it right into its natural surroundings. In the process of building it, they also wanted to make sure it had the smallest impact on the environment within the plot as possible. The trees around the building’s perimeter were preserved throughout building, contrasting well with the home’s modern shape, which appears to add depth to the forest.

In terms of its structure and decor, the building is quite intentionally minimalist. It consists of two blocks, which function as separate but cohesive volumes according to what the rooms are used for. The halves of the home are linked by a beautiful terrace and a rooftop space that provides delineation without interrupting flow or making any part of the house feel closed off.

Despite the dark colour scheme of the home’s facade, it’s actually quite bright and cheerful on the inside. This is thanks to a system of windows, skylights, and double storey columns that let light pass through the house from space to space with a natural ease and a sunny atmosphere. The windows are large and strategically placed such that they provide almost every room in the house with a nearly panoramic view of the forest beyond the plot.

In shape, decor, and layout, the whole house was specifically created to look and feel simple, clean, and concise. The main living area is shaped longitudinally, like a sort of art gallery featuring locally made pieces and furnishings of natural materiality. At the far end, the master bedroom features its own spacious study, both of which flood with sunlight in the afternoons (without overheating thanks to double paned glazed glass). The kitchen and comforting, welcoming living room sit opposite.

The outdoor spaces that complement the comforting interior of the home are just as stunning and pleasant to spend time in. Between the volumes, for example, there is a stunning courtyard heavy in natural greenery that was preserved during the building process and has thrived since. To one side of the courtyard, a glass wall leads to the master bedroom, as though the greenery is actually a part of the bedroom’s peaceful atmosphere, integrating the experience.

Photos provided by the designer.