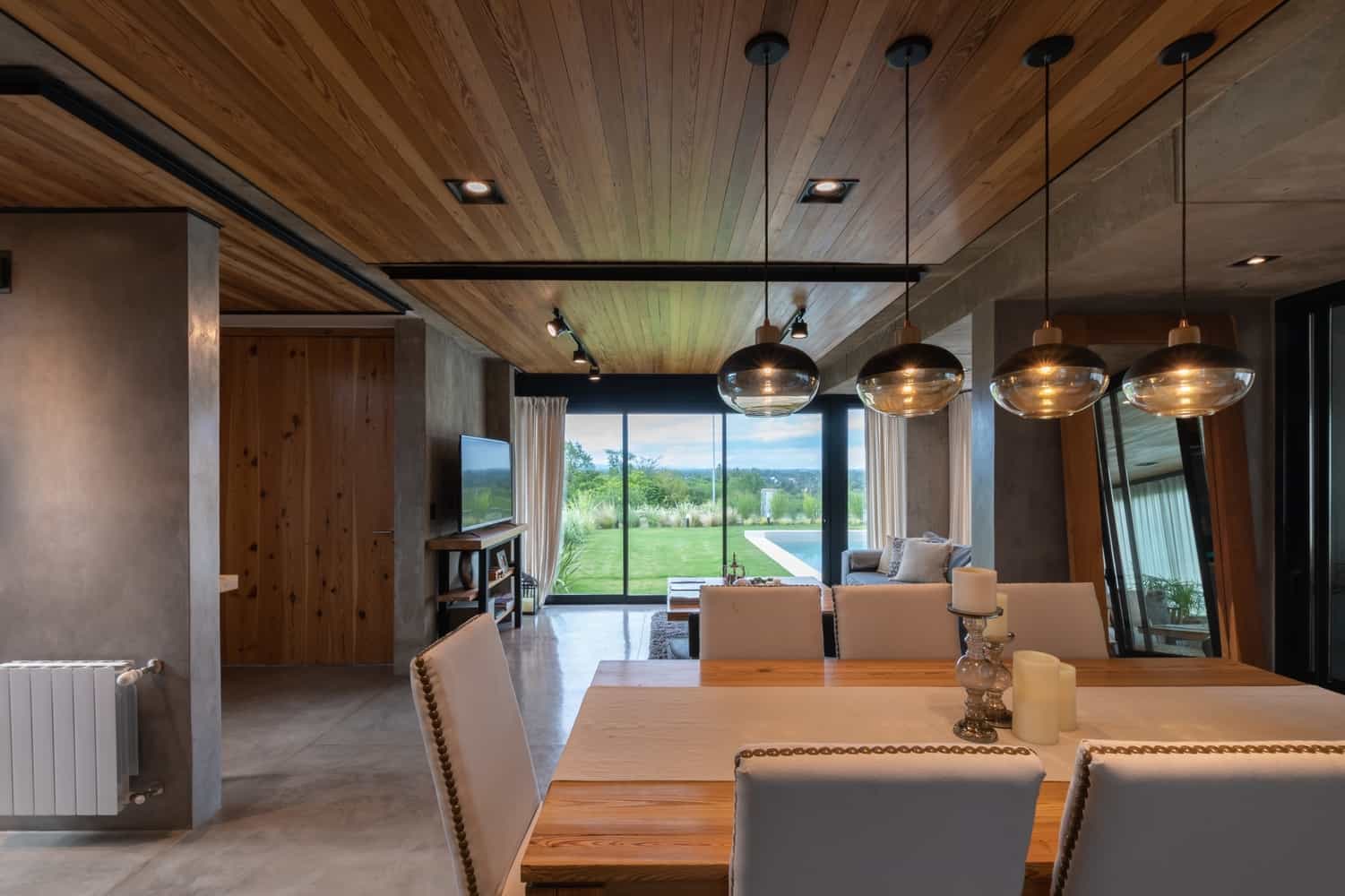 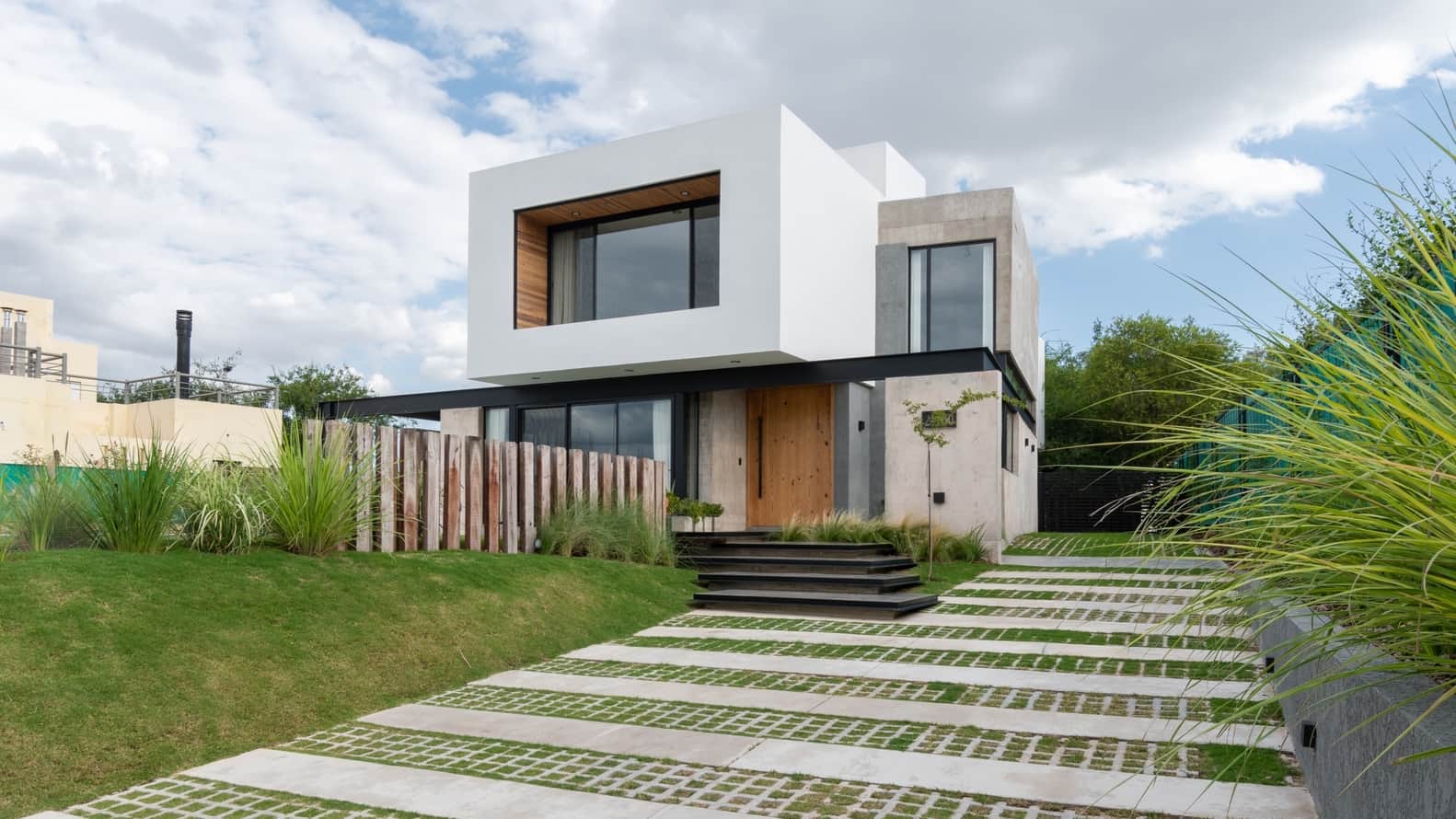 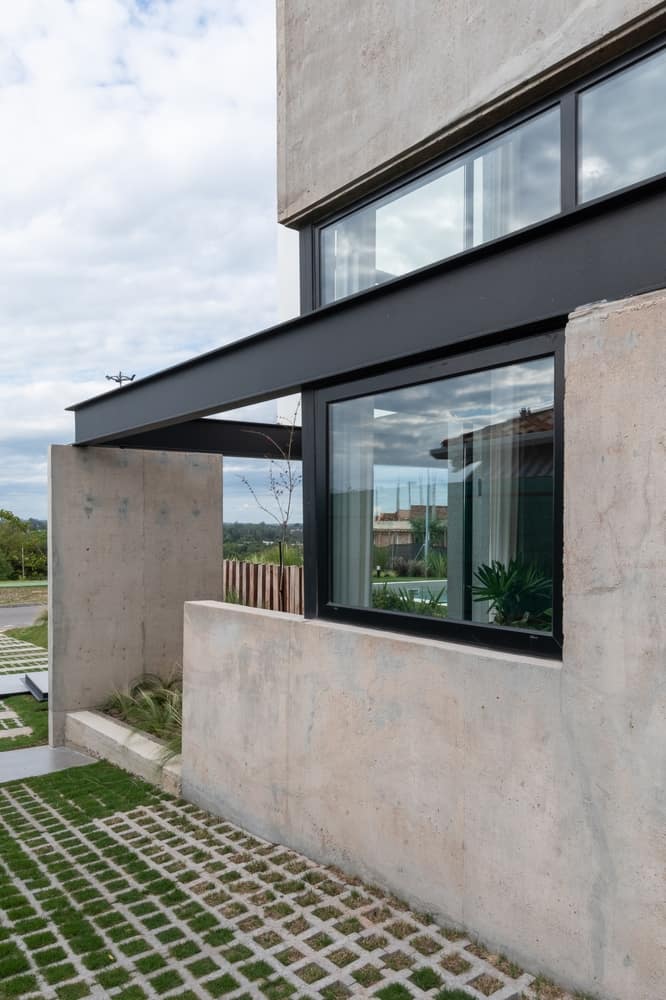 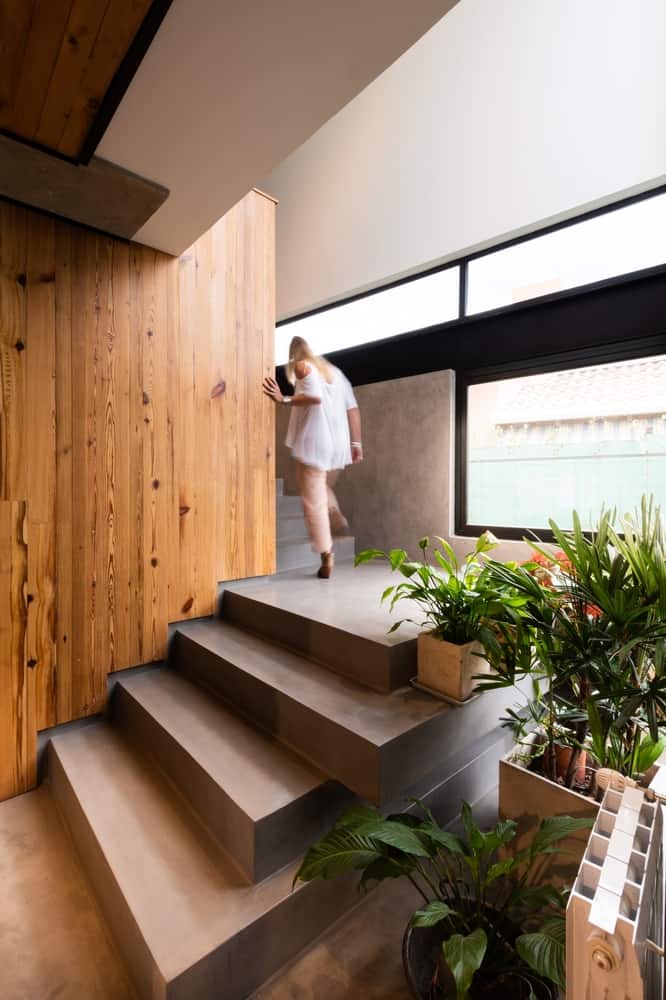 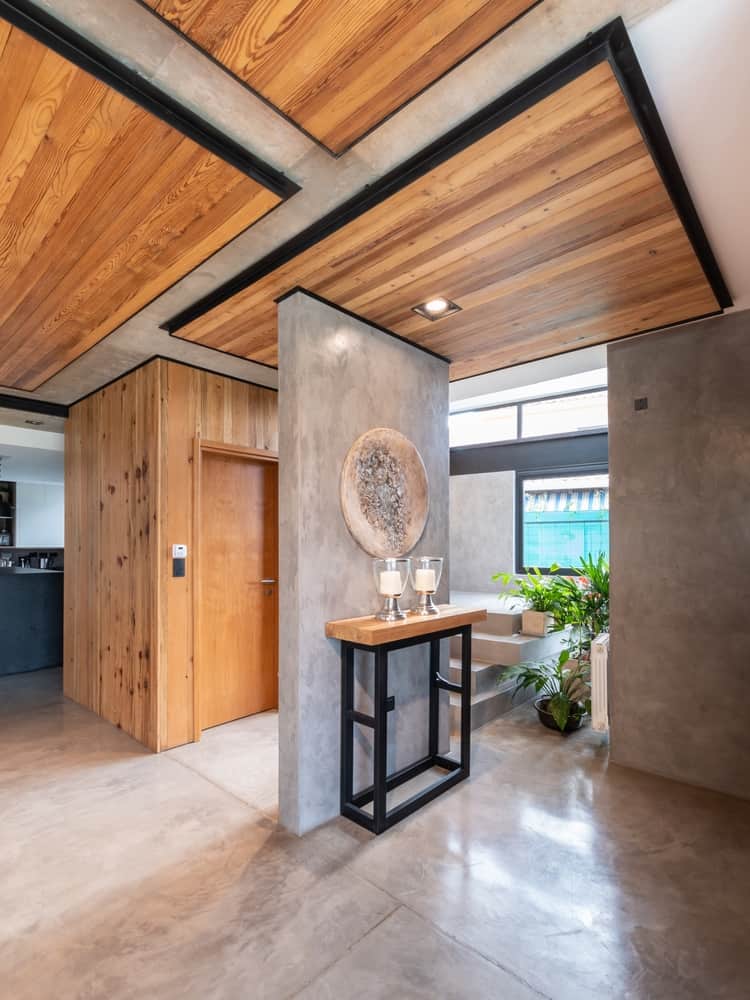 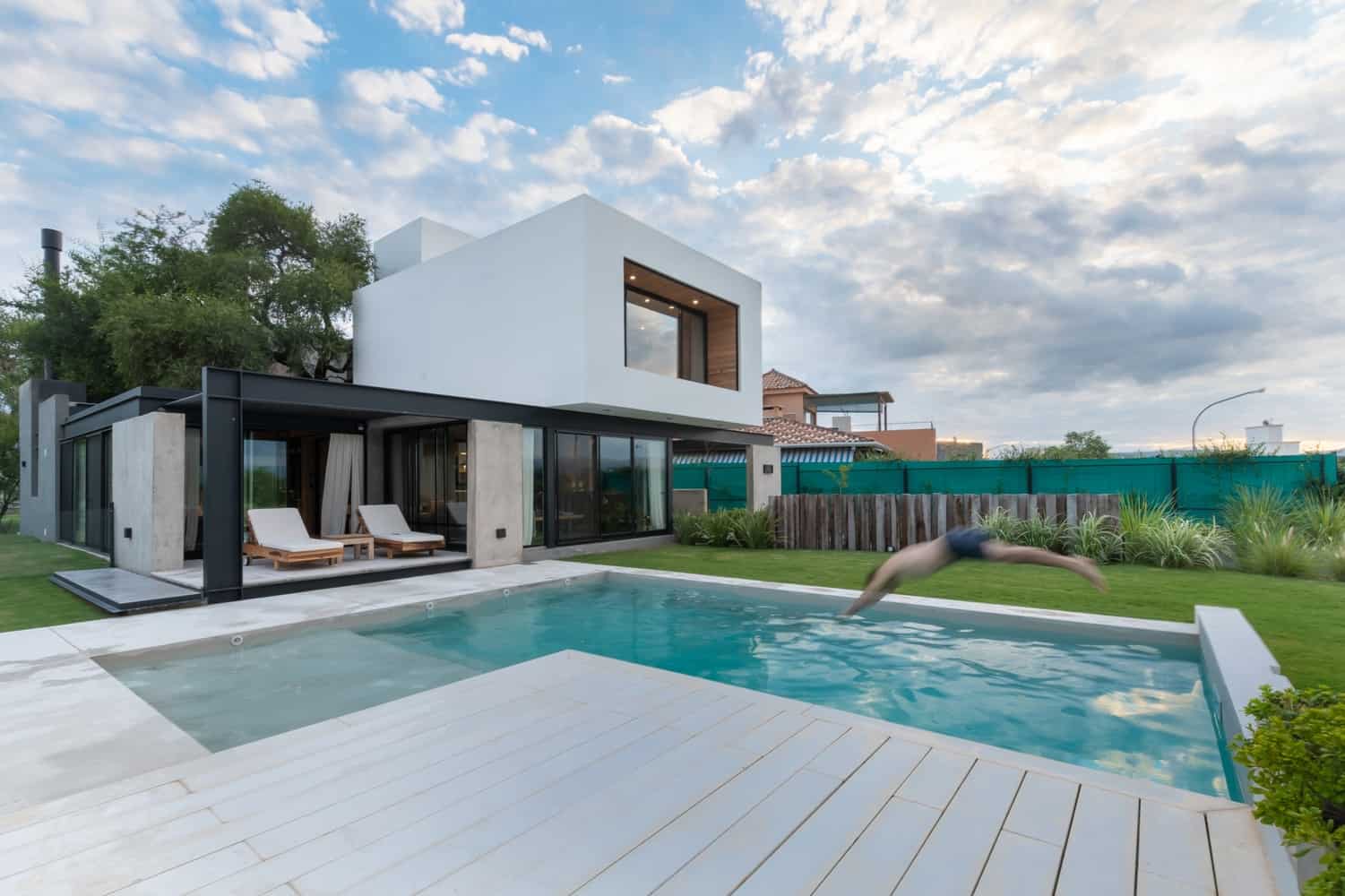 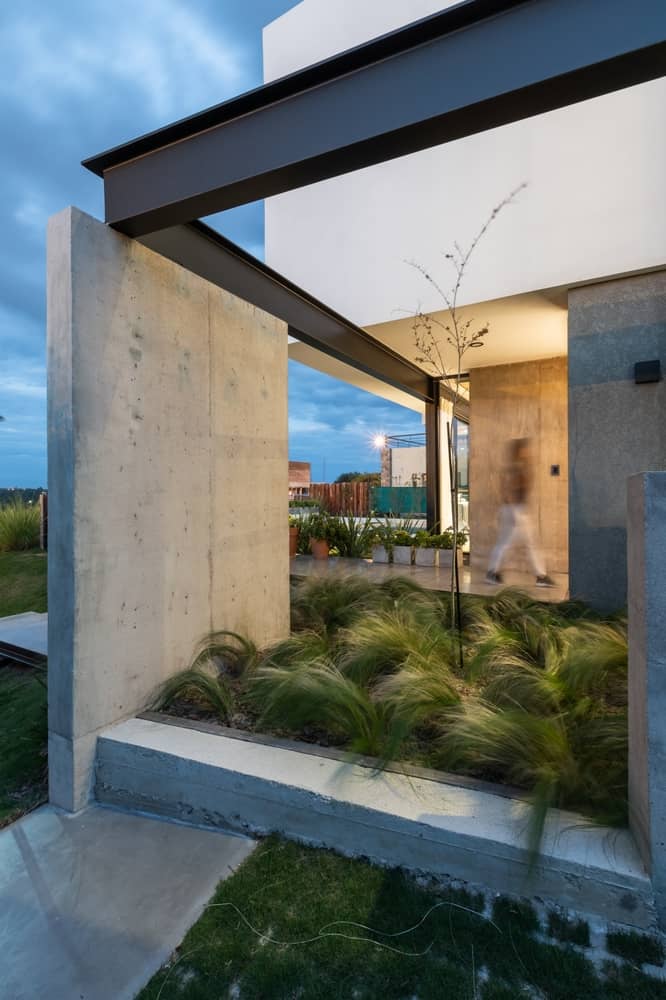 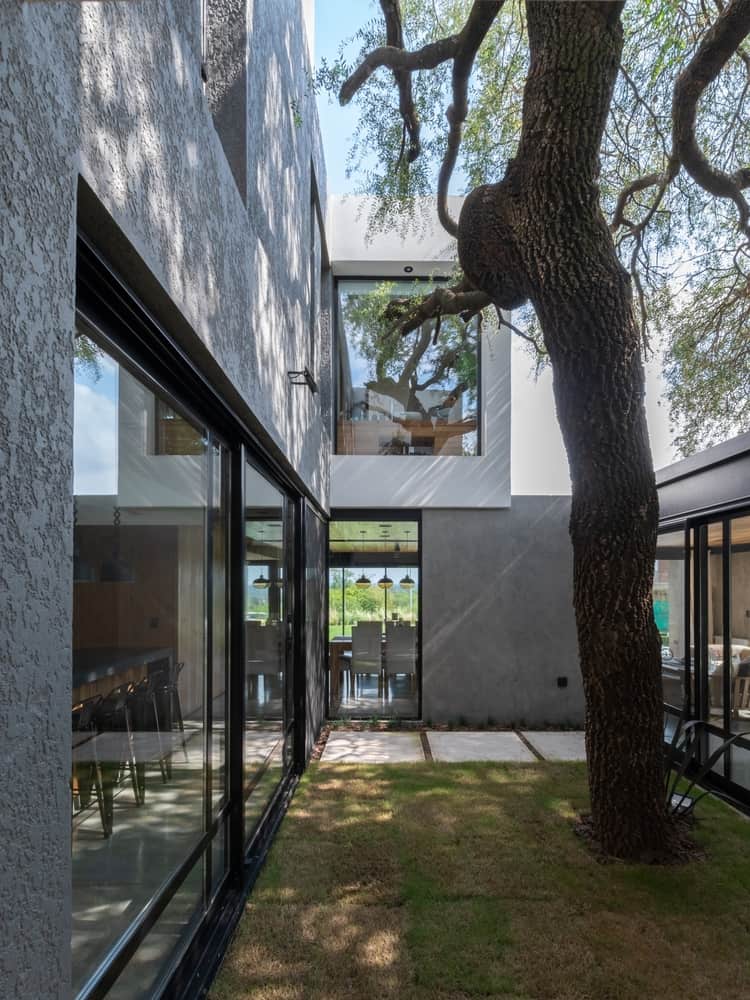 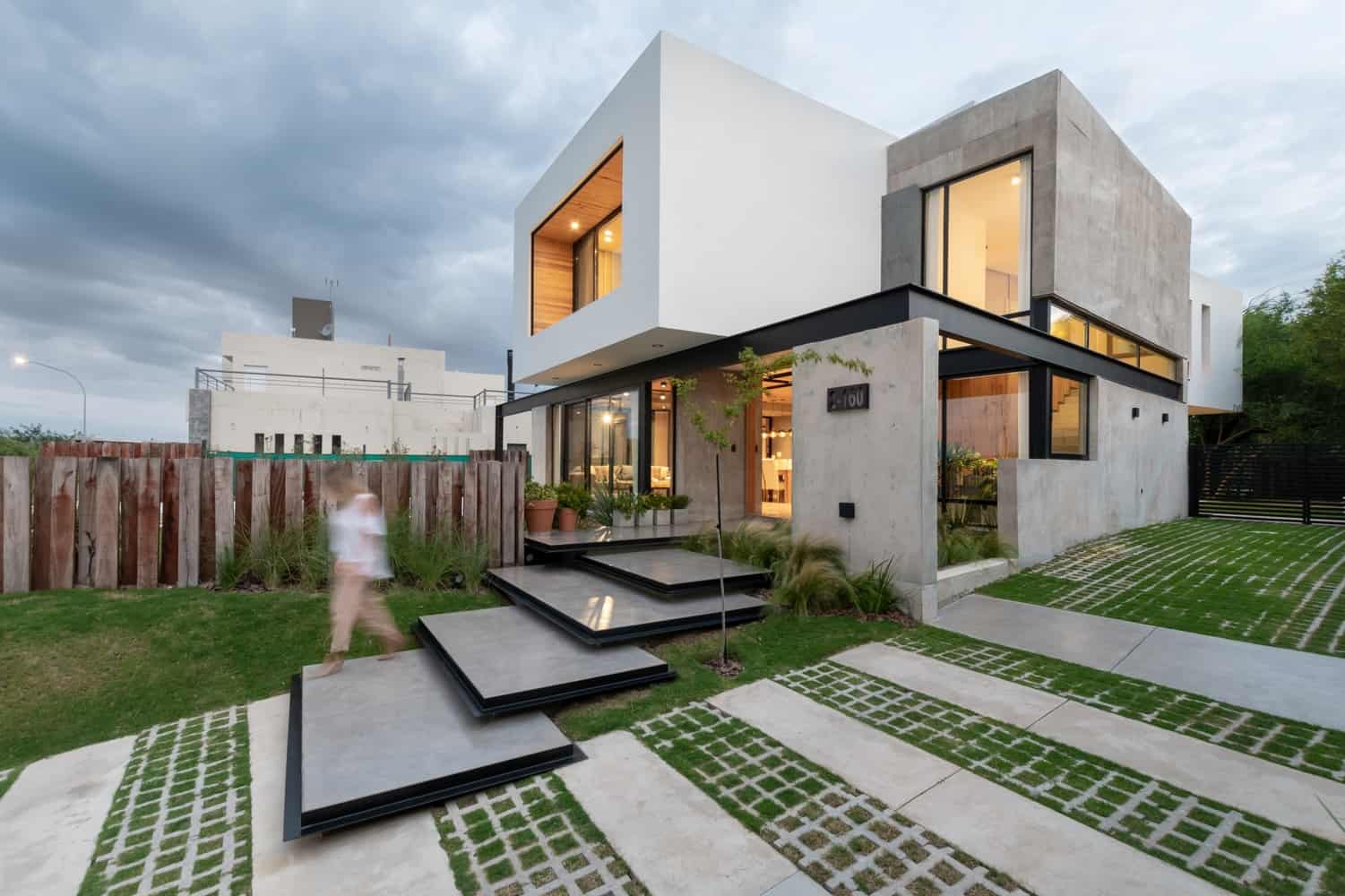 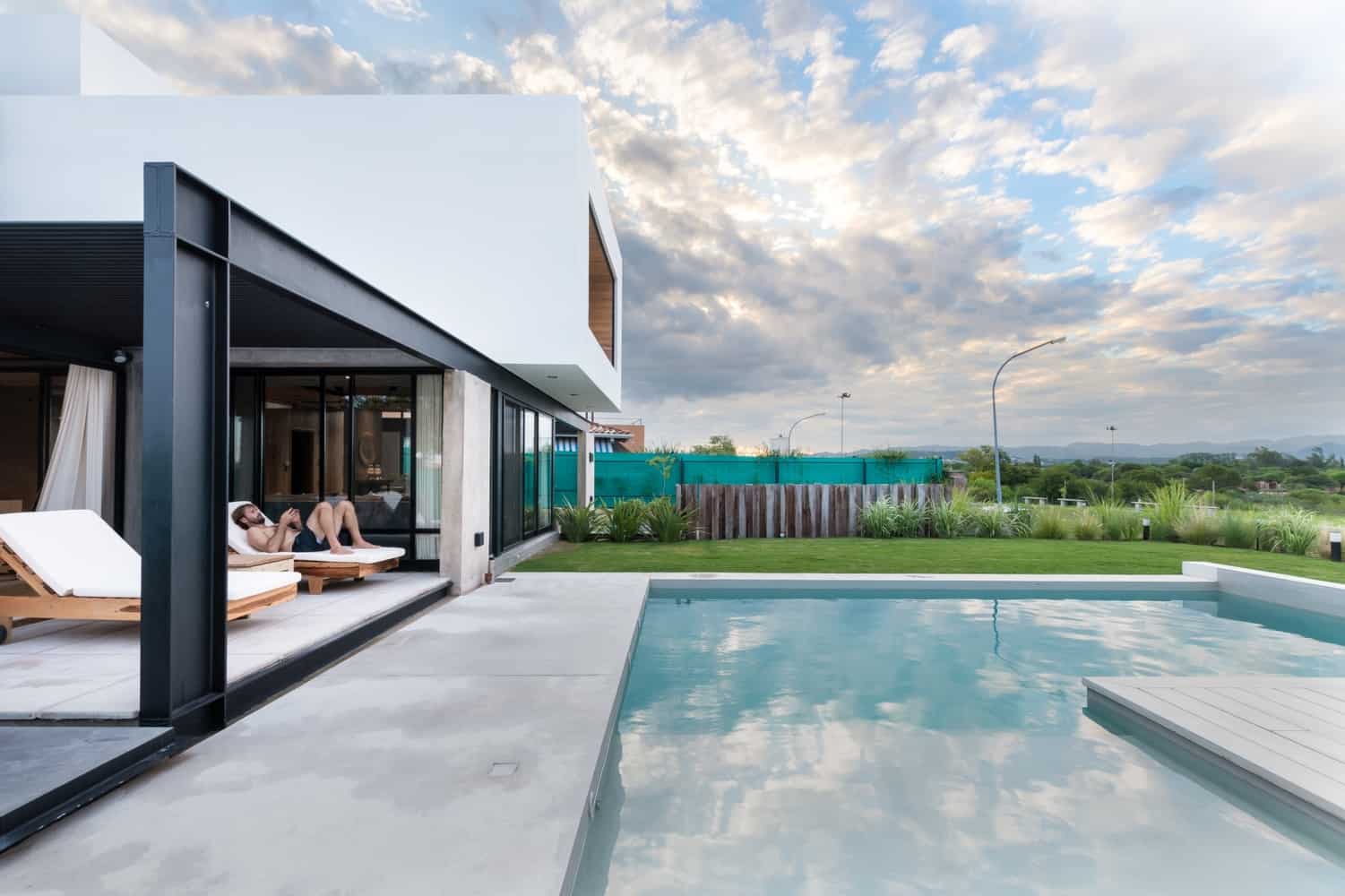 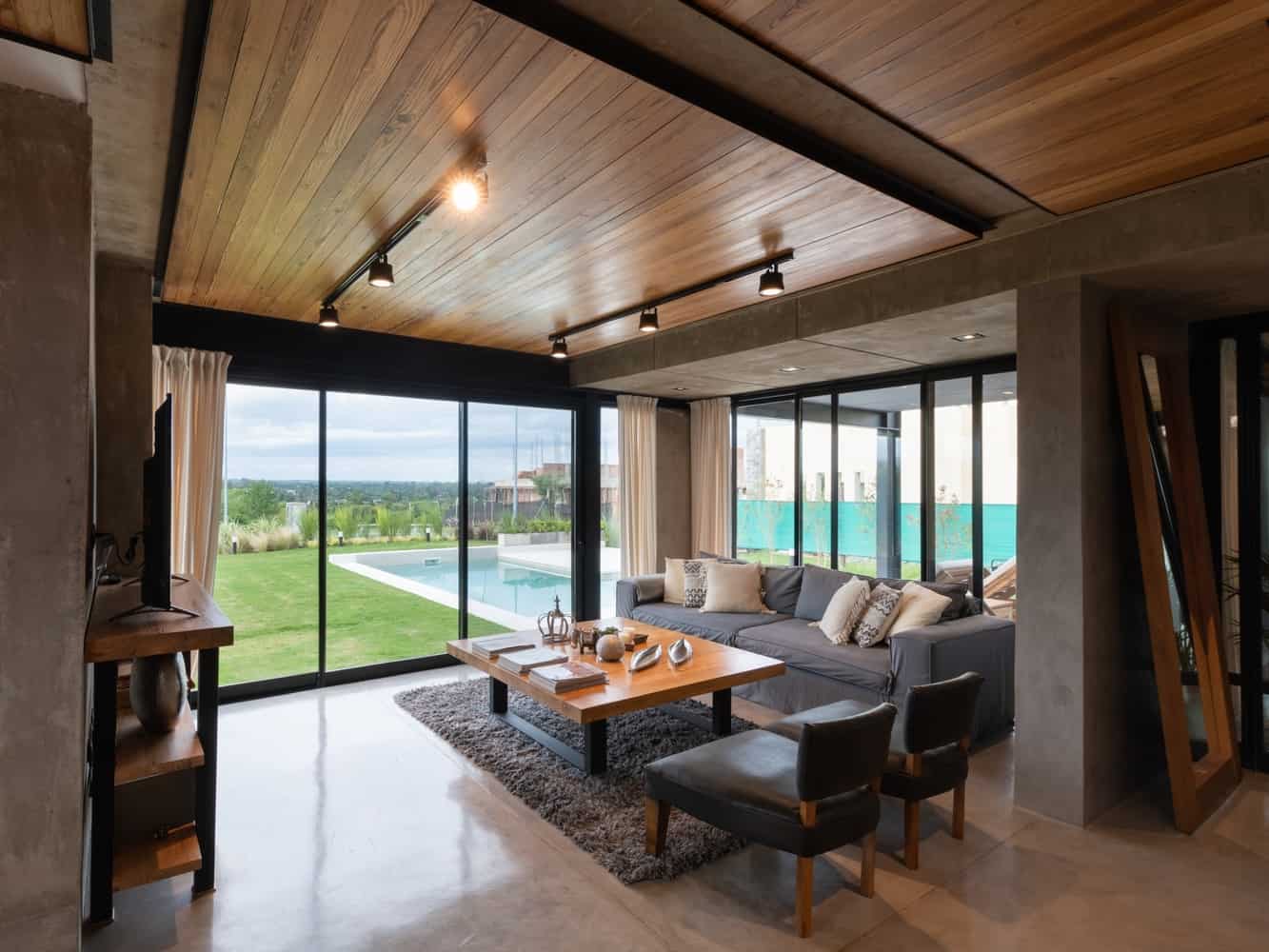 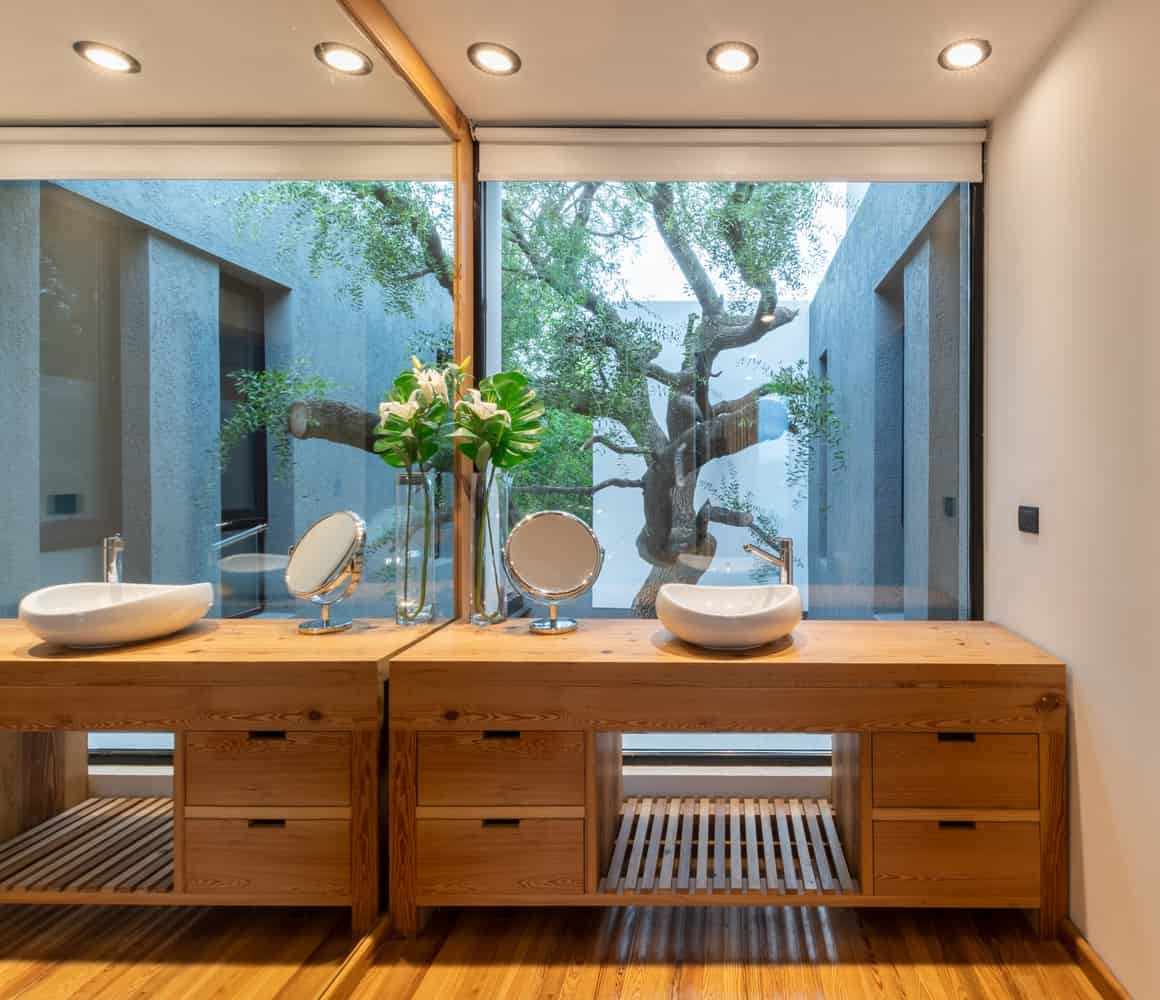 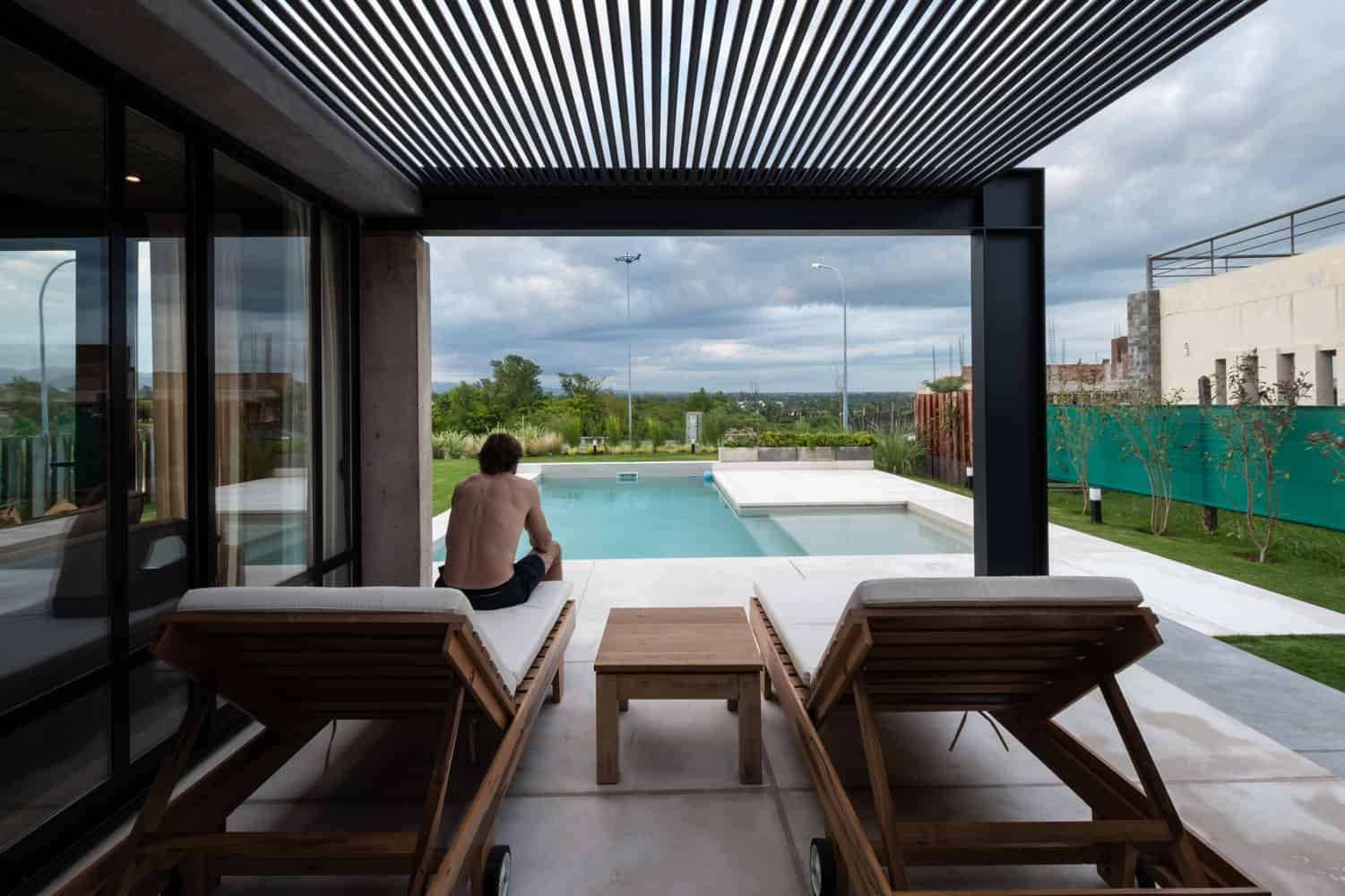 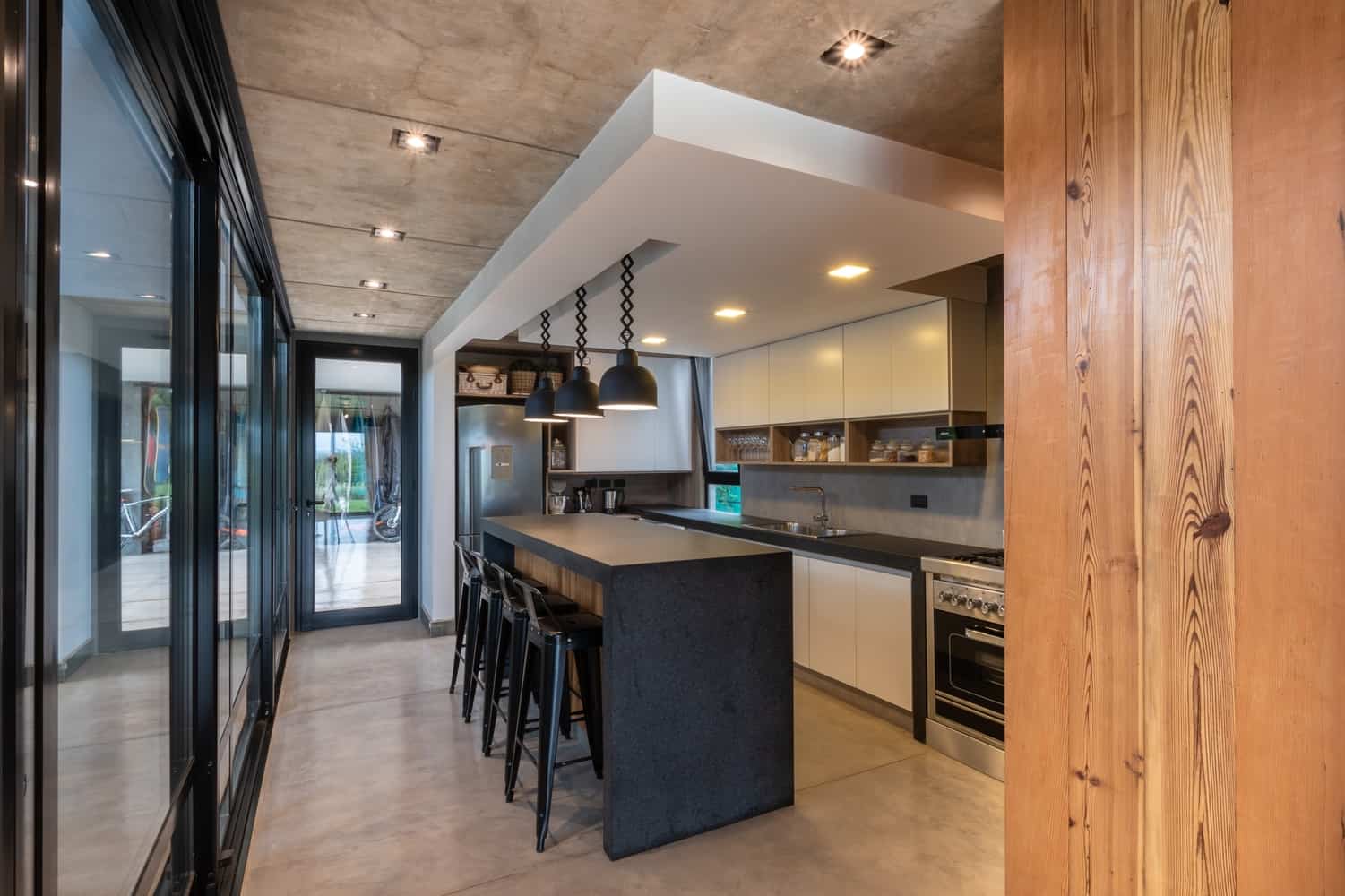 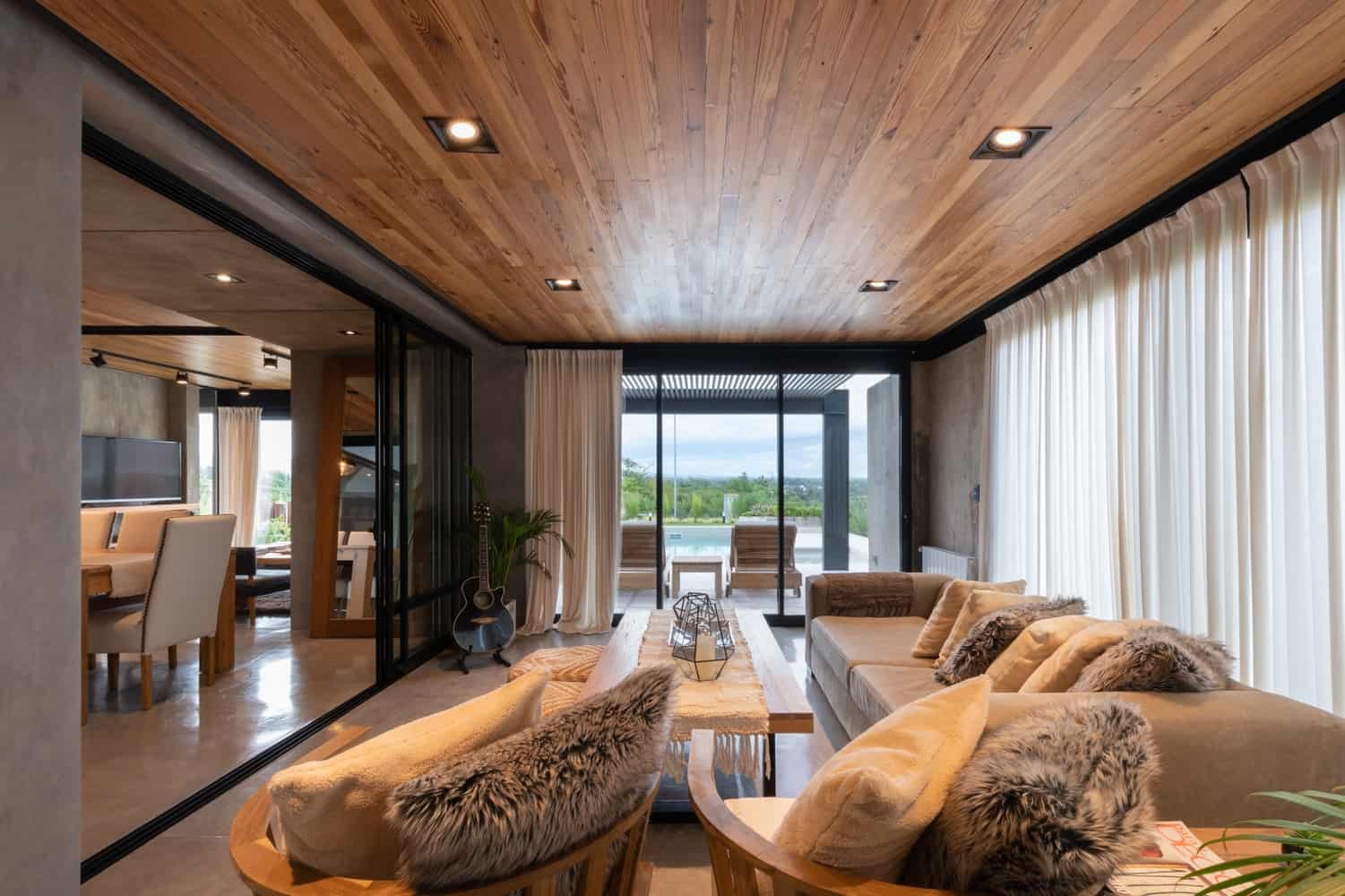 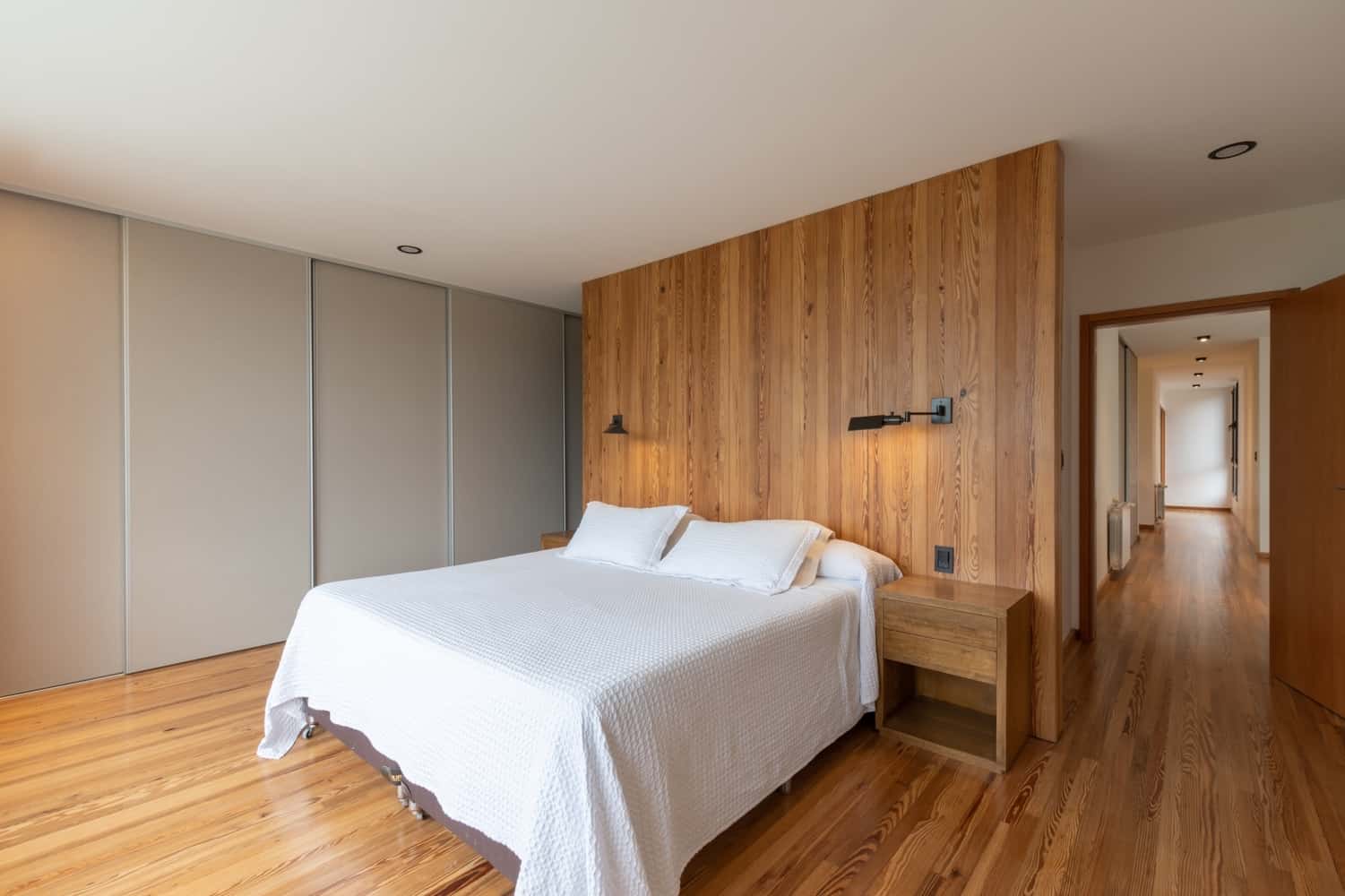 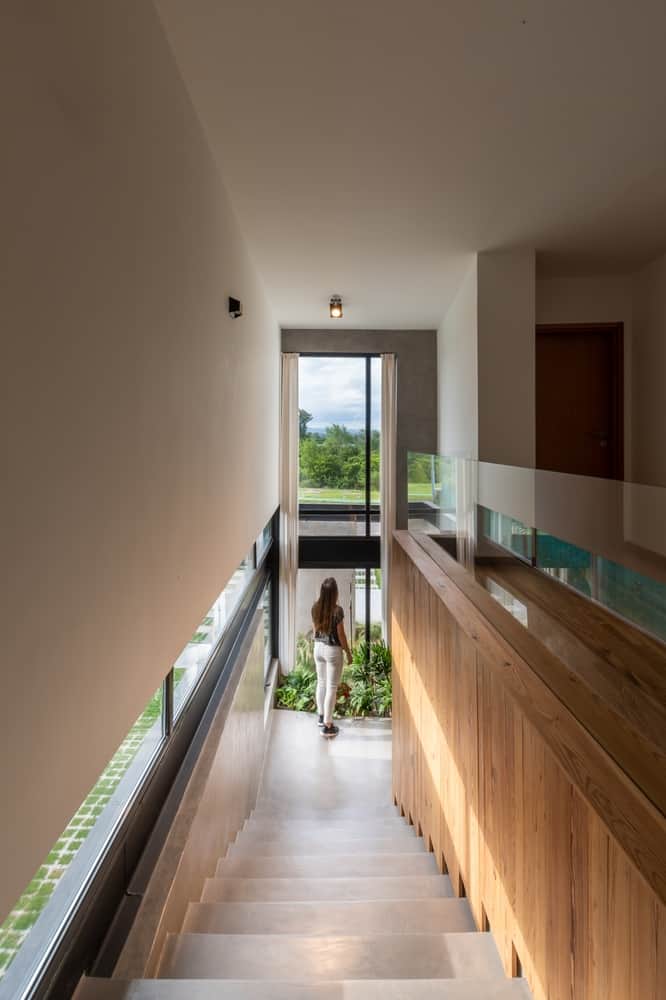 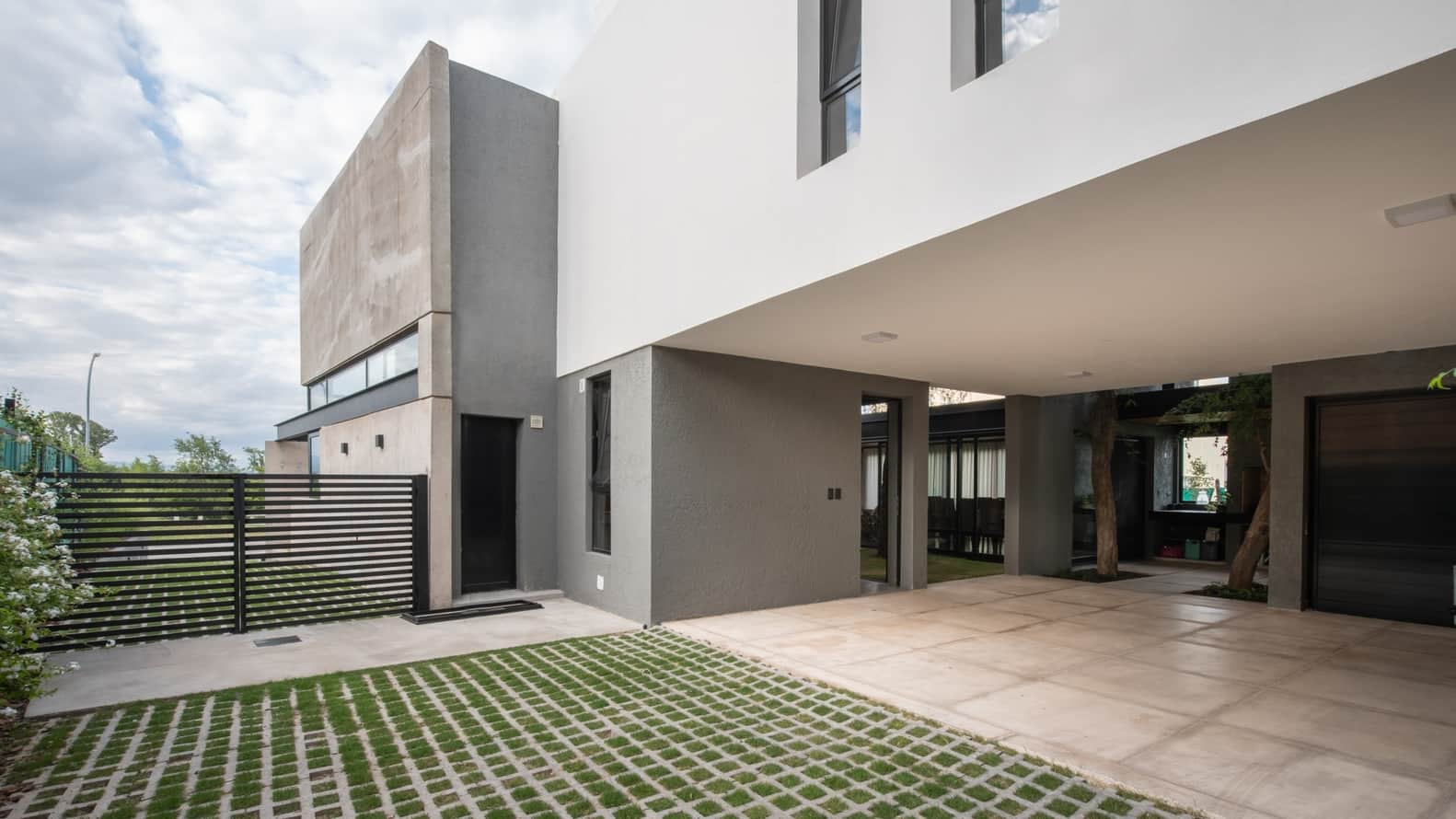 Near the San Martin Nature Reserve and a series of ravines in Cordoba, Argentina, the Cientocinco House was recently finished by JAMStudio arquitectos + Ivanna Cresta. This house, built primarily from concrete, is cubic in shape and combines it’s hard materiality with sleek, natural wood for a modernist but relaxing aesthetic.

The house is located in the northwest part of the city, which is partially responsible for its stunning views of the reserve and the nearby ravines. These natural features of the landscape appear to add breadth and charm to the surrounding area extending beyond the house, giving it an increased sense of character before other, manmade elements are even considered.

While designers were planning the home, there were several elements of the plot’s natural land that they were determined not to alter or interfere with if possible. They wished to build a house that had a foundation that worked with the land, rather than cutting into and disturbing the ground on which the house sits.

Building a foundation of cast concrete let it mould to the land in a way that could be built upon sturdily without vastly changing the overall landscape surrounding the house. Designers opted to continue these concrete themed further until it become the majority of the structure. Its natural beauty once it was polished was so immense that they kept it as a main element and embellished it with softer accents to create the bulk of their modernist aesthetic.

This is how smoothed wood became the secondary element of the impressively stacked looking, cubic inspired house. Doors, window castings, ceilings, and furnishings all bear a wooden nature that adds a sense of warmth to the concrete and steel found elsewhere in the home’s interior and exterior.

Inside the house, the home continues the same straight edged, cubic inspired shaping as can be seen in its actual shape from the street. Furniture is boxy and pleasantly symmetrical. Stairs are solid and made of concrete blocks. Windows are neat and even (though big enough to let in wondrous amounts of natural light, which also assists in warming the concrete spaces).

Even the relaxation and leisure elements of the house follow that same cubic shaping. The patio where outdoor lounge chairs sit has a curtain frame that forms a steel cube around it. The patio itself even possesses a grid texture with greenery sprouting from each squared off space. Even the pool itself has a right-angle in its angular L-shape!

The grass growing from the grid-like patio isn’t the only greenery involved in the house. Decor teams made sure to incorporate plants throughout, which brightens the place even further than the high windows already did and adds a sense of nature and cohesiveness with the environment surrounding the plot. Towards the back of the house, on the opposite side of the pool and patio, sits a row of lush trees, providing a fresh, relaxing atmosphere and shade from the summer sun.

Overall, between its sturdy frame and inclusion of greenery, this cubic house has a sense of privacy and tranquility despite its close proximity to a busy city street.

One Oak Chalet in Combloux, the French Alps