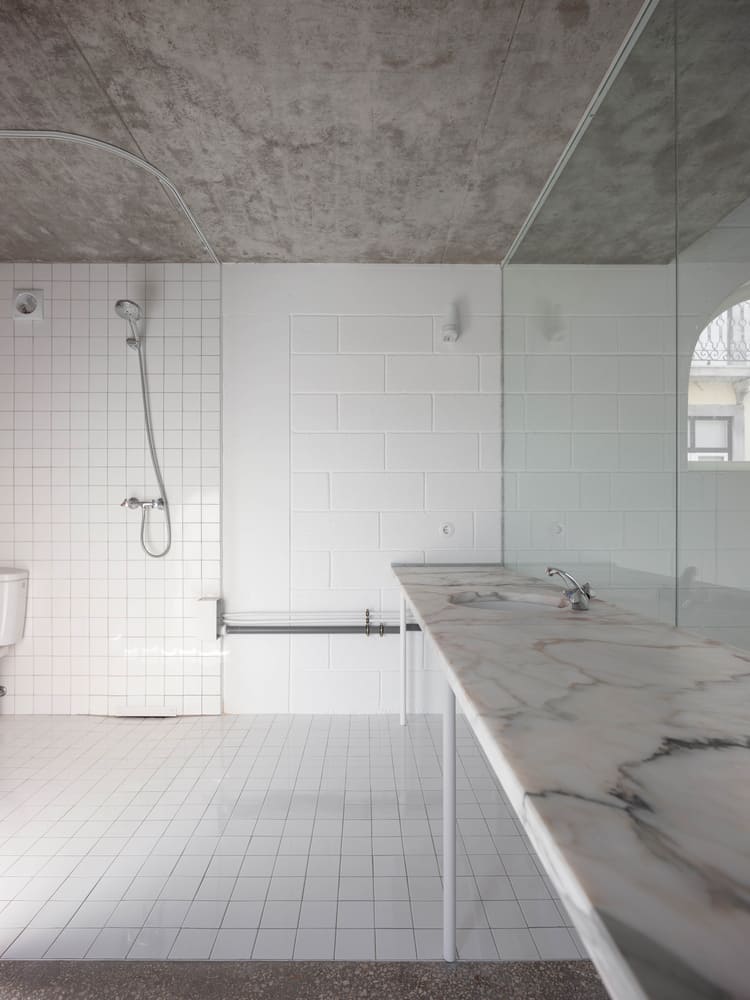 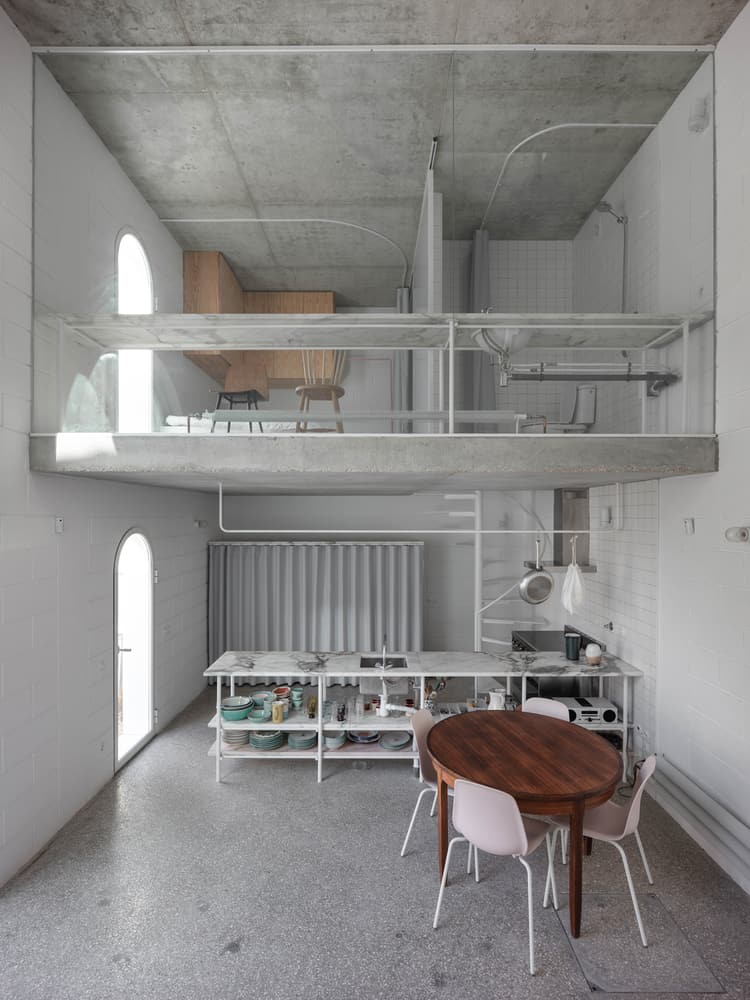 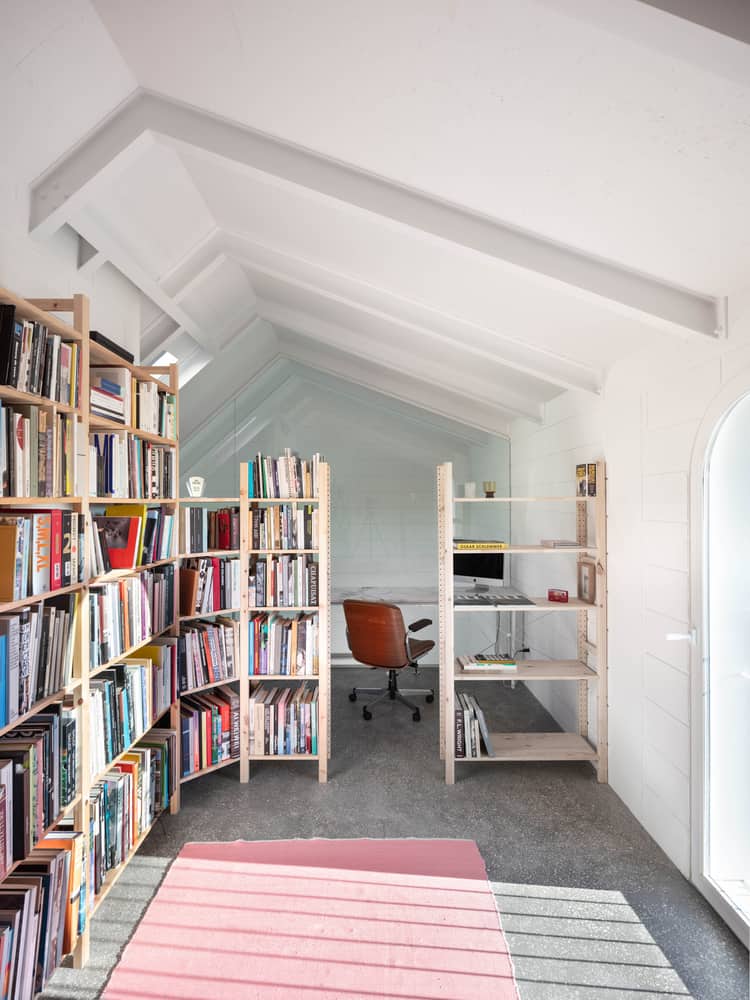 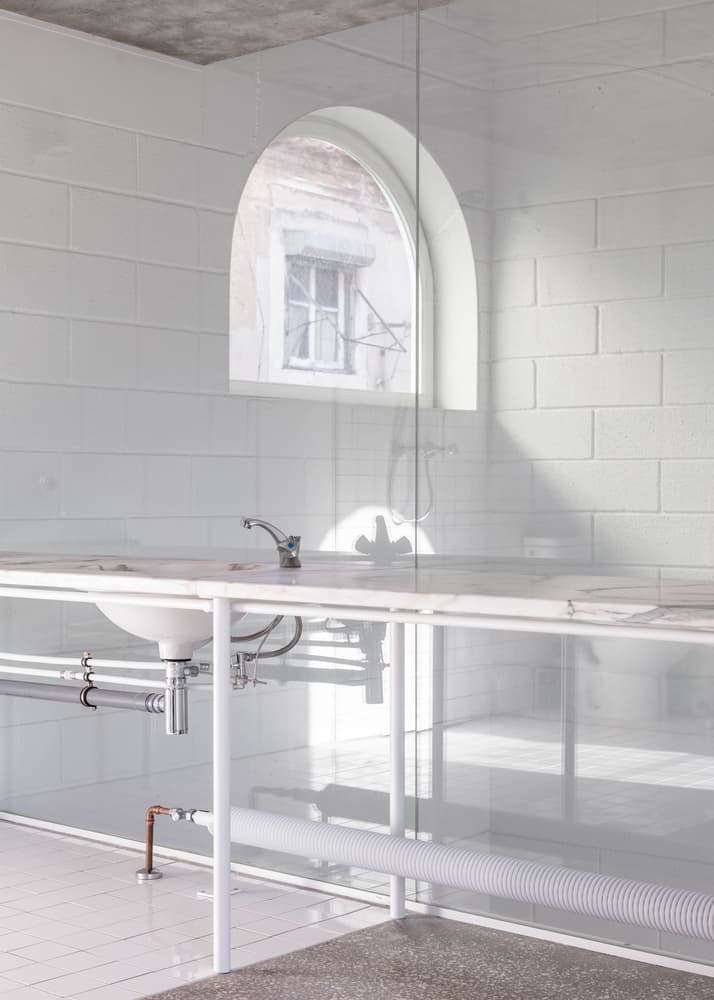 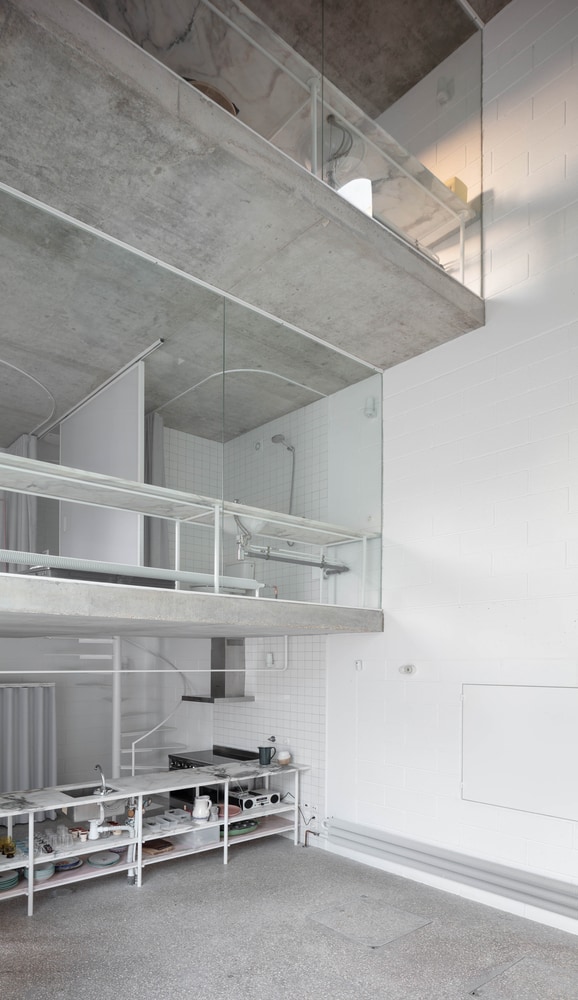 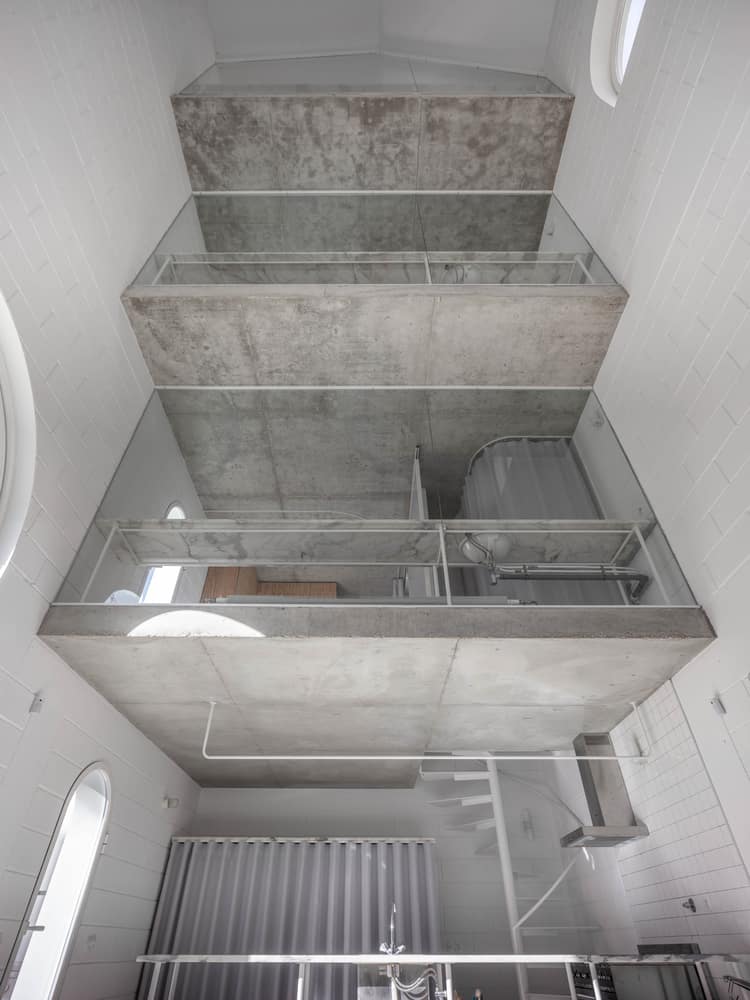 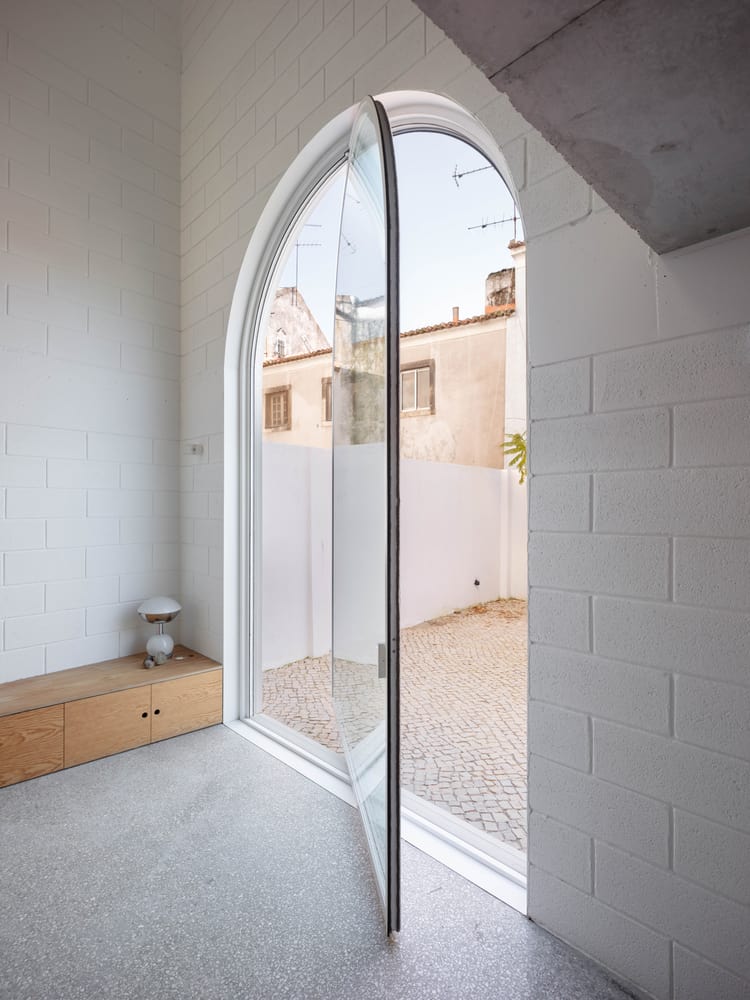 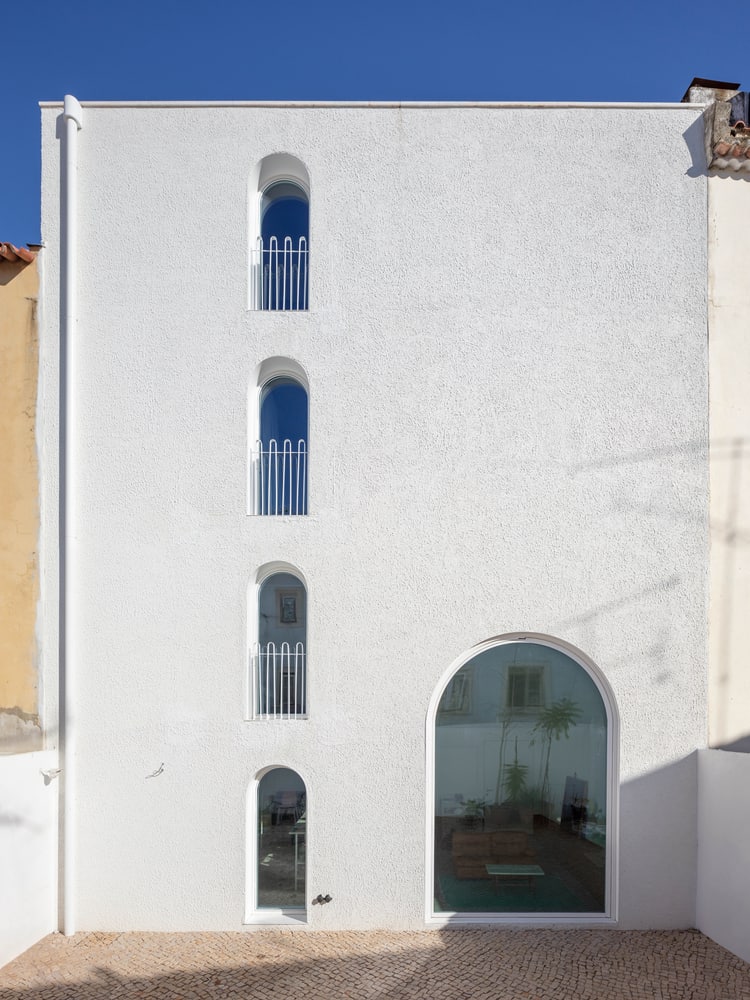 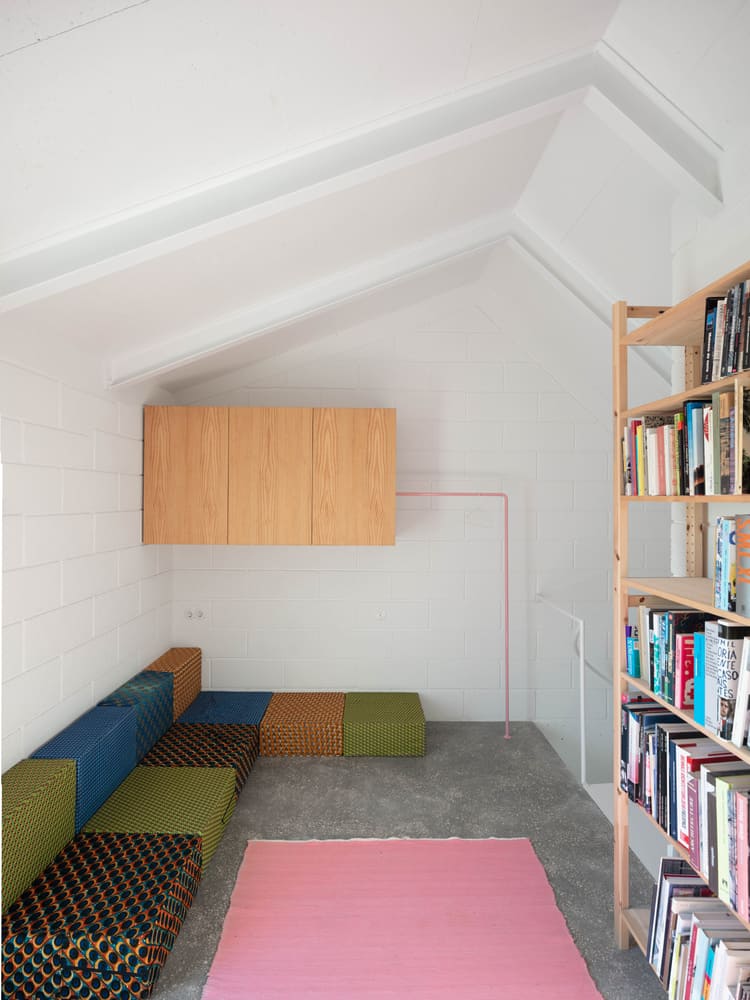 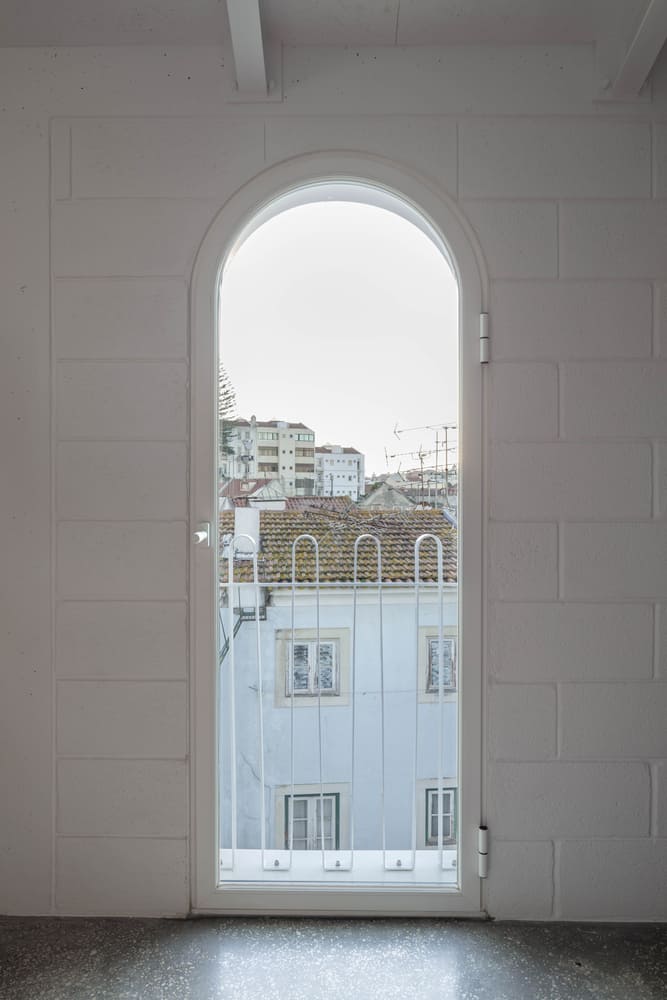 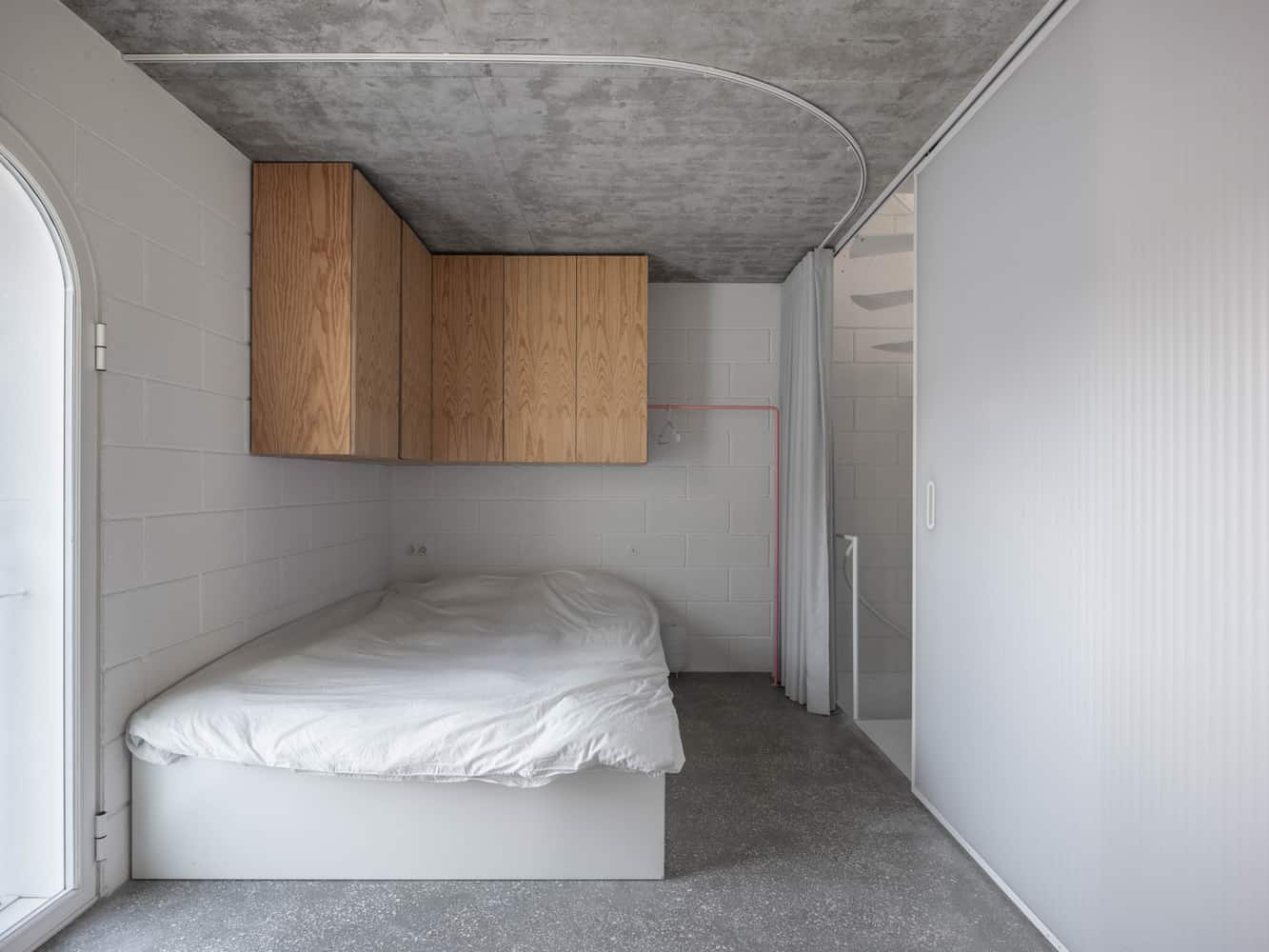 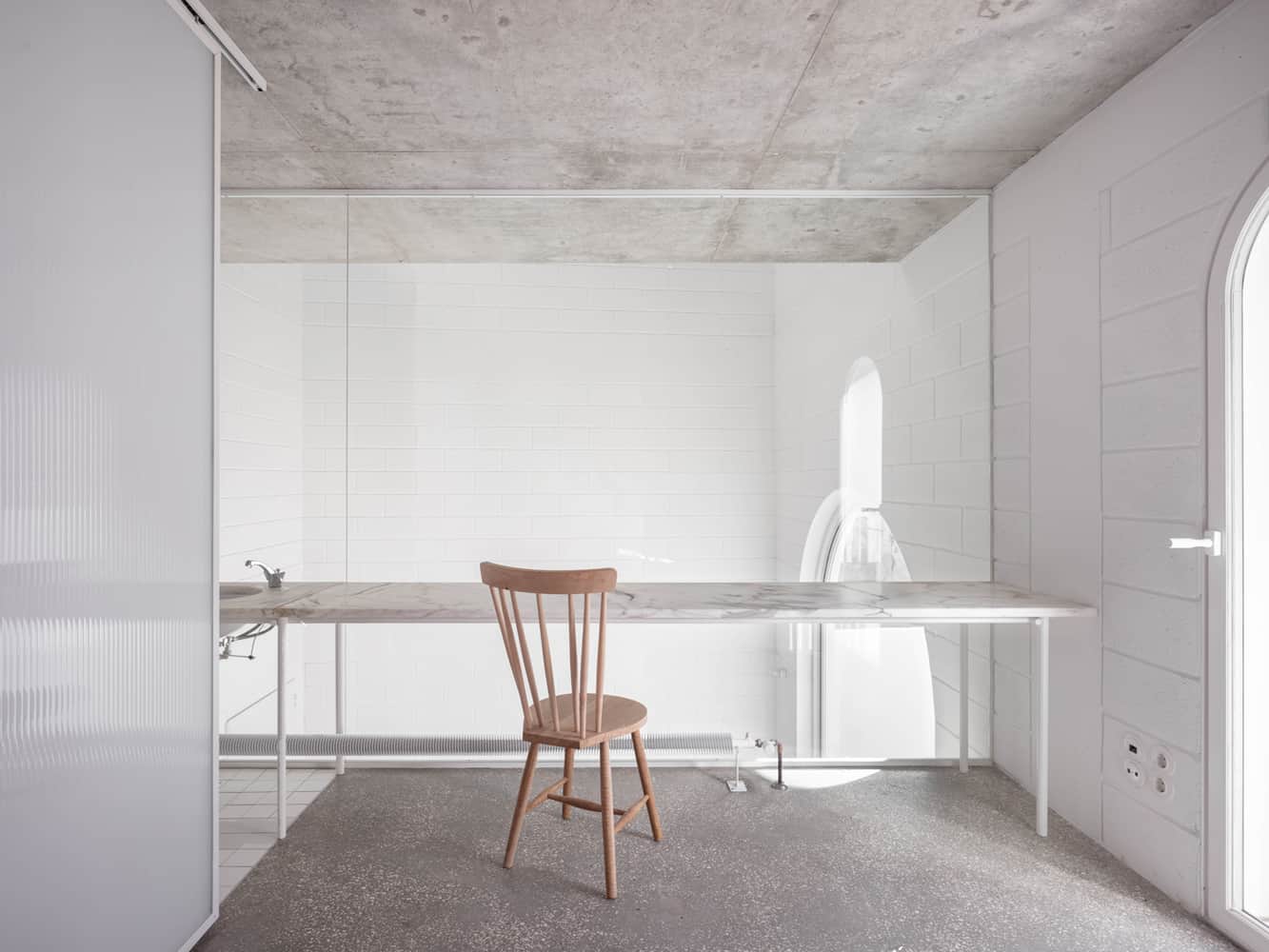 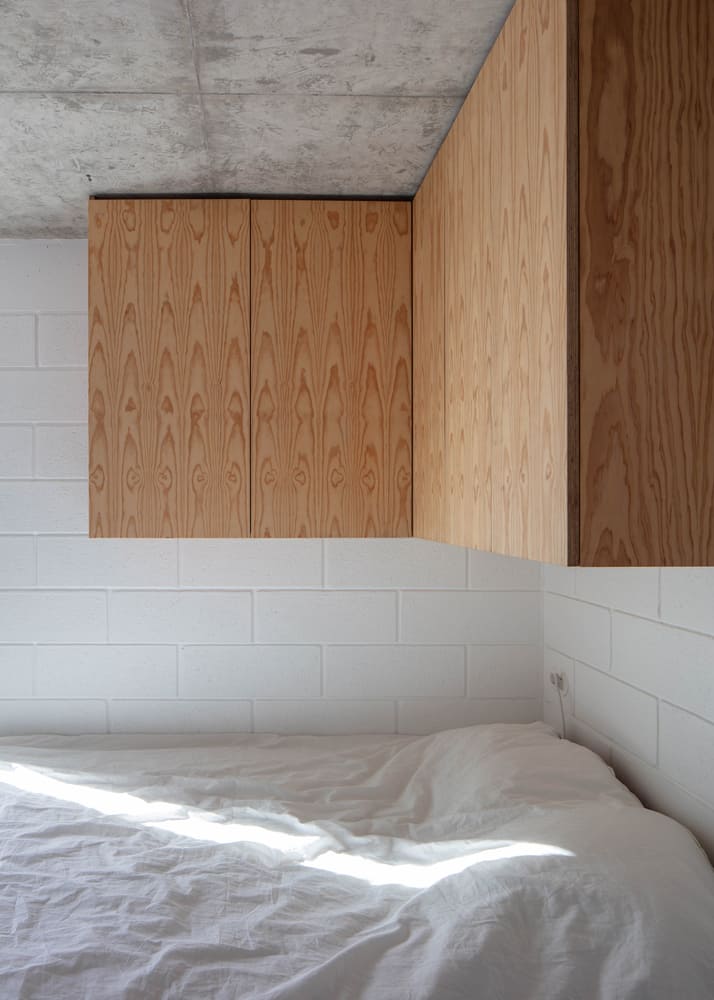 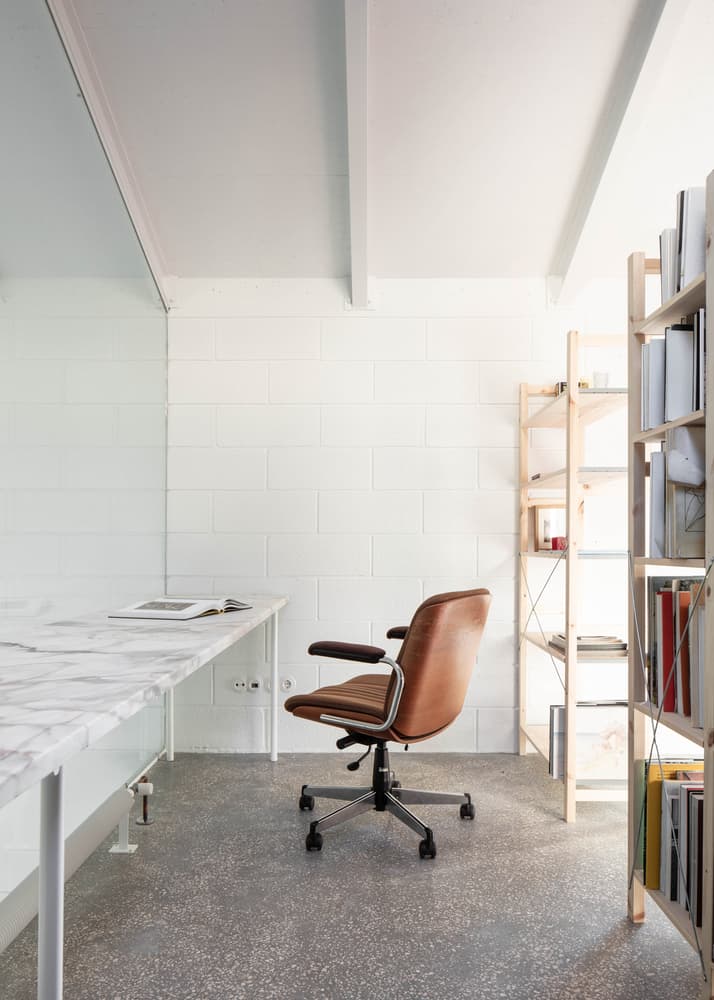 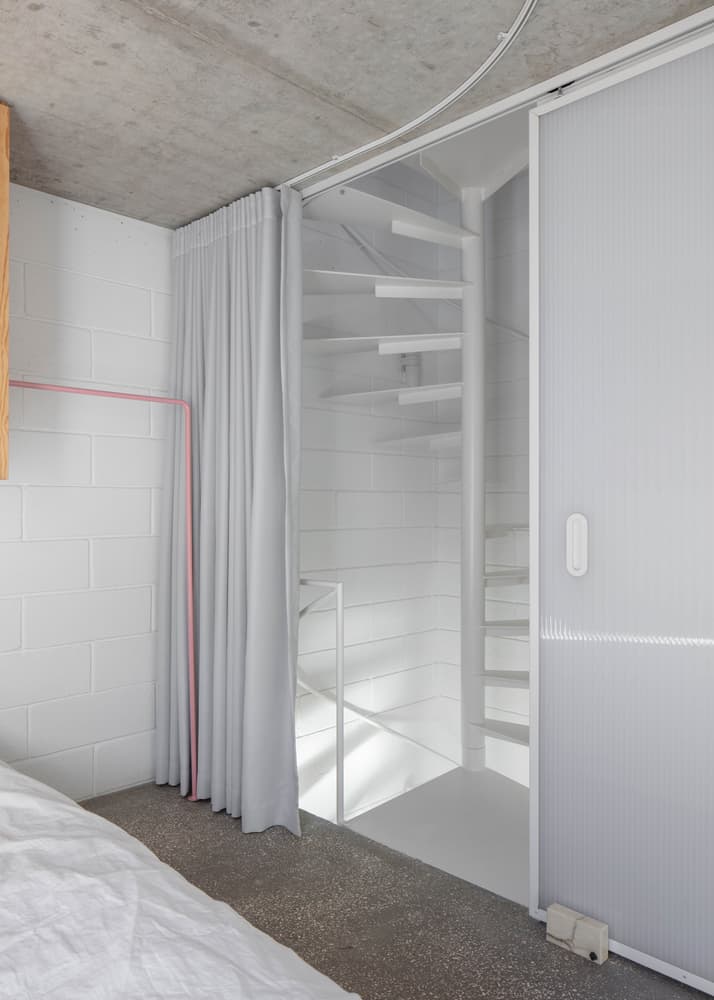 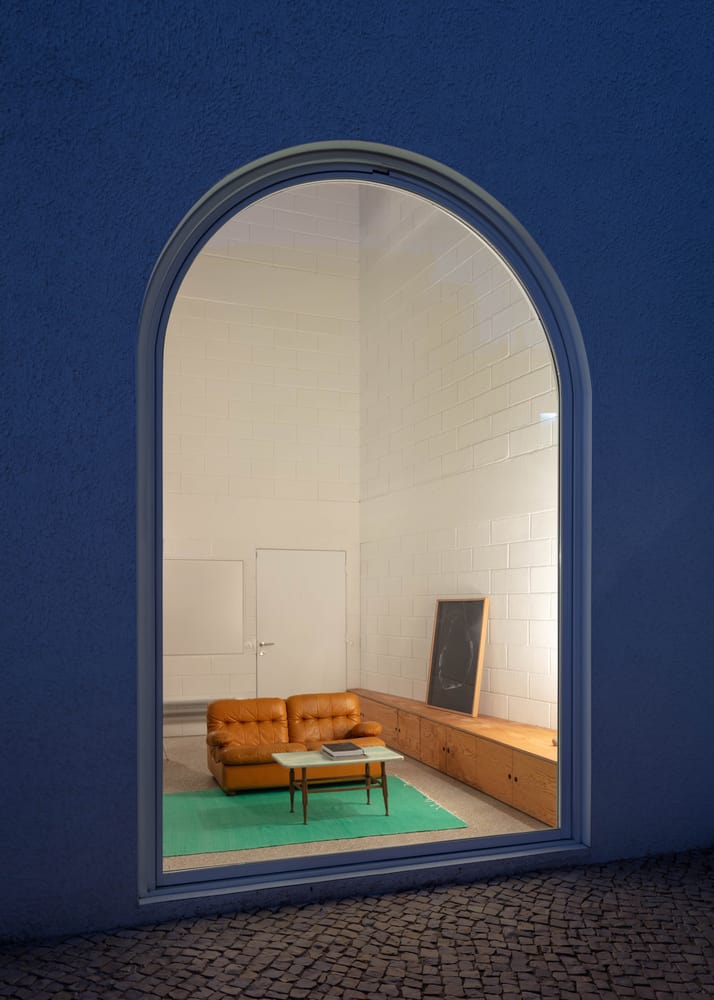 In the heart of Lisbon, Portugal, a uniquely contemporary home was recently completed by Leopold Banchini + Daniel Zamarbide to combine the beauty of marble with the sweet simplicity of minimalism.

Dodged House was built in one of the countless abandoned spaces that resulted from Portugal’s past decade of economic crisis. Cities like Porta and Lisbon itself became home to closed down buildings and ruined structures that intrigued the international community because of the beauty and potential their original traditional architecture maintained.

With a great sense of southern romanticism, this particular design team decided to revamp a dilapidated building in Lisbon in order to create a shockingly but wonderfully modern looking home within the walls of something historical with need for a new lease on life. As with most others in the area, the renovation was completed with the utmost reverence for the building’s historical and spatial context.

Mimicking the typical architecture in the area, the facade of this building remains quite closed, concealing most of the interior from the prying eyes of the busy city streets outside. At the same time, large, beautiful windows have been added in certain spaces to open the space up and signify the new life the building has been given. At the same time, it gives new owners a stunning view of the city streets as they come back to life.

In addition to paying tribute to the history of the building itself and the surrounding streets, Dodged House is also an homage to the particular style of modernity established by architect Irving Gill; a style often mimicked and harnessed in modern Portuguese architecture when new structures are built.

Inside, the house is quite unique indeed, especially for the area. While the opaque facade outside might be somewhat typical, designers made the inside all about space. Hardly any opaque barriers exist inside the outer walls; instead, rooms and spaces of different function are separated by bright, clear glass. The home takes full advantage of the building’s generous height, expanding upward without growing in width and interrupting the original frame or land it was afforded.

While the void of the interior stretches high, the designers did take advantage of the small original courtyard outside to give it a little more natural space despite the calm, ethereal feeling of the otherwise quite closed off home. A spinning glass door gives easy visual and physical access, blending the two areas beautifully and saving the interior from feeling too closed off.

The house boasts three bedrooms which are arranged within four superposed floors; these look like layers of the house stacked one on top of the other. The materiality on each is simple and helped keep the renovation affordable. The tiles and stones featured in the walls, furniture, and floors were all sourced locally. The presence of concrete contrasts cleanly with that of white marble.

The beauty of the inner area, including the lovely quiet space that is the home library, is only bolstered further by the contrast between its shining new modernity and the fact that the facade outside has been largely left in its original, historical state. A light cleaning to extend its life did nothing to take away its status as a reminder of Lisbon’s history amidst what is now a fast changing and ever modernizing cityscape.