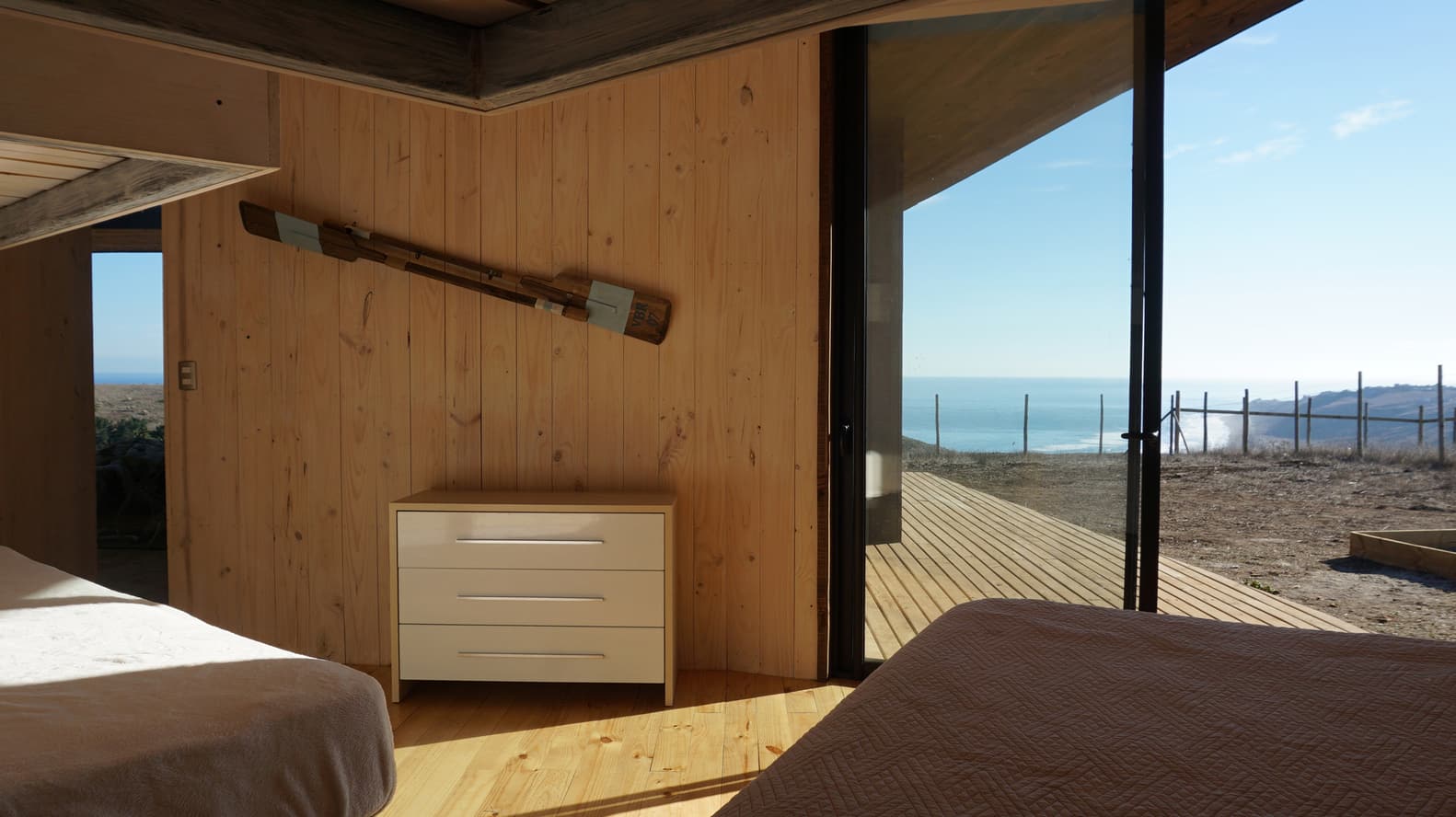 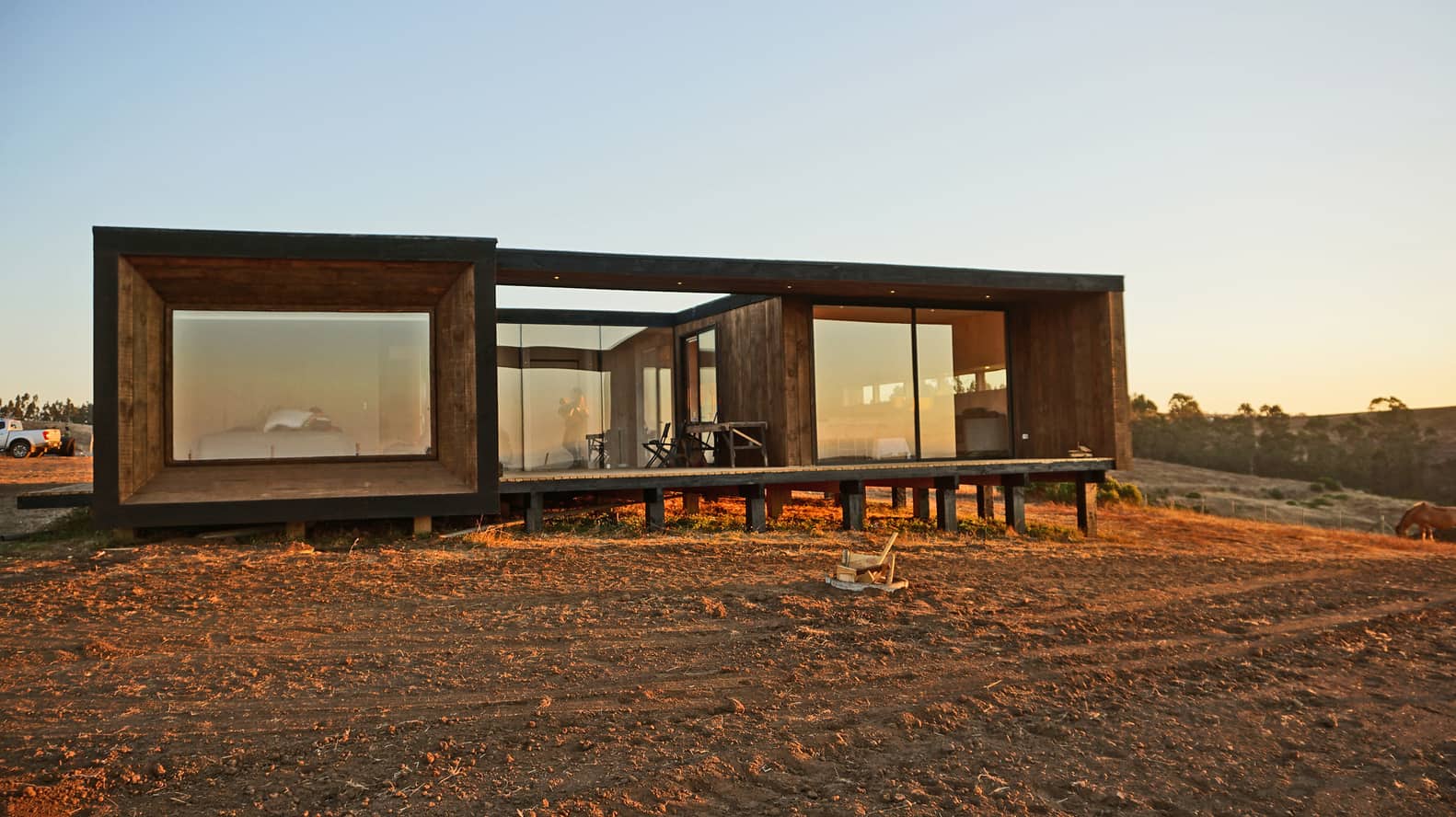 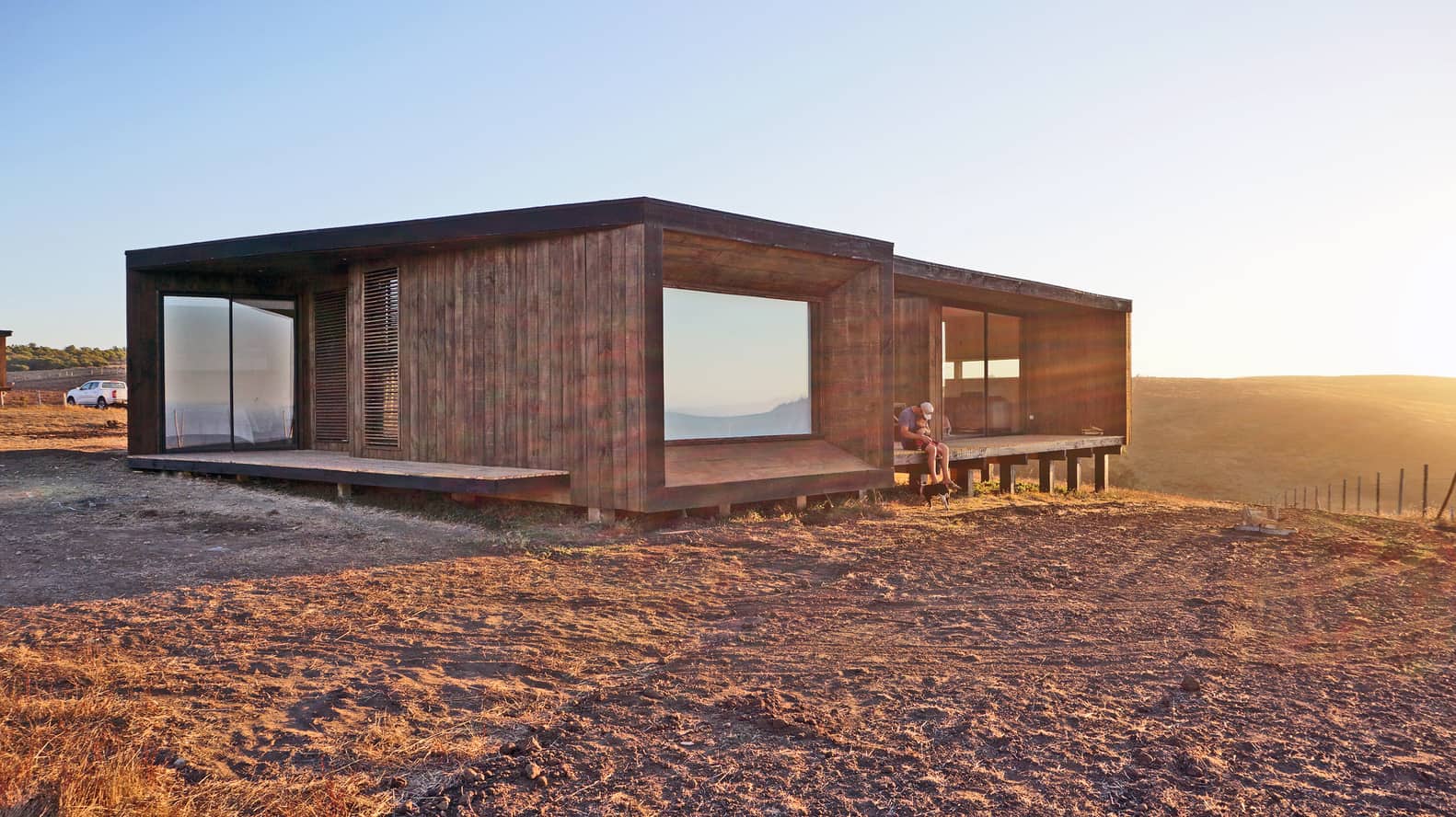 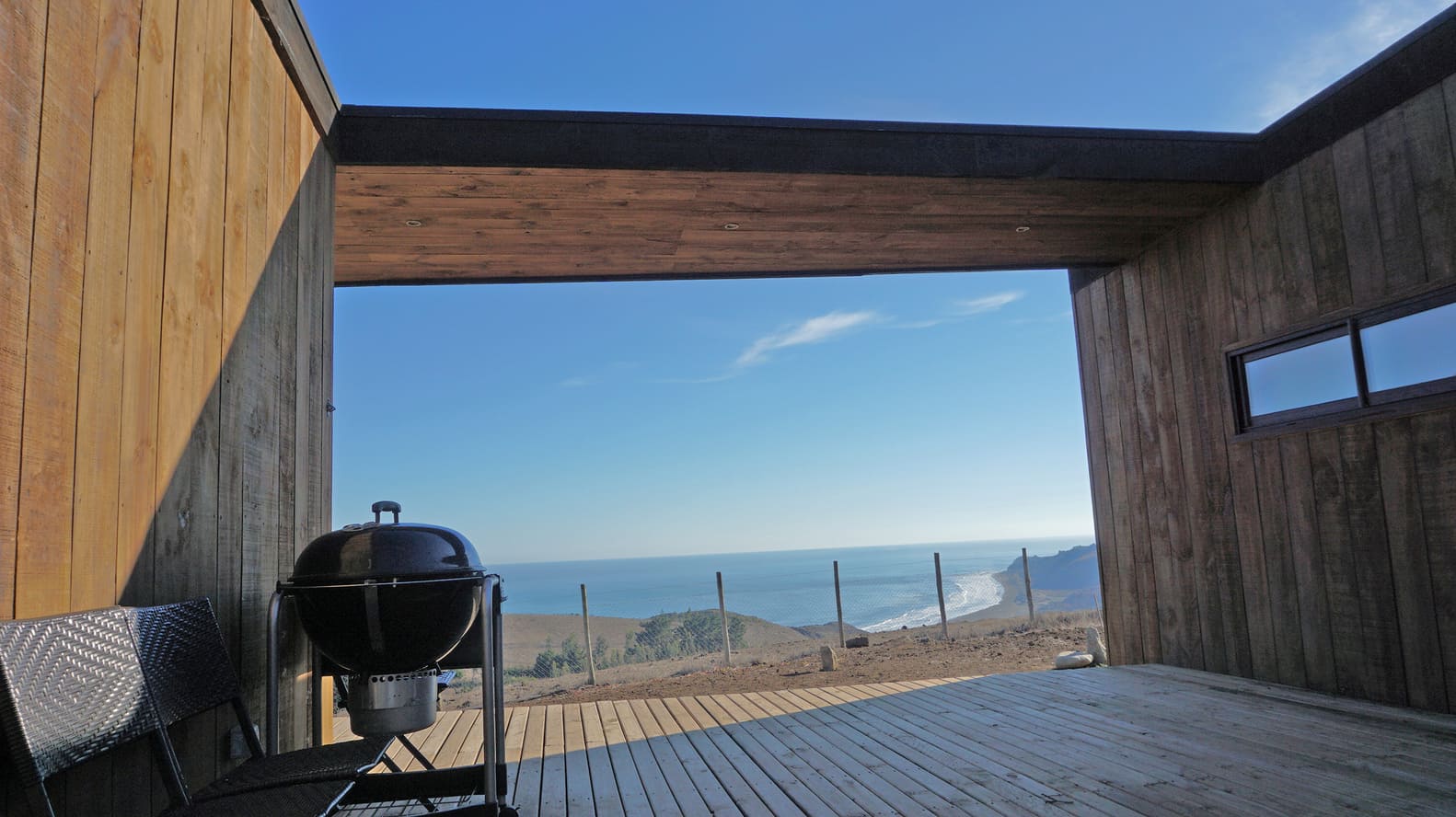 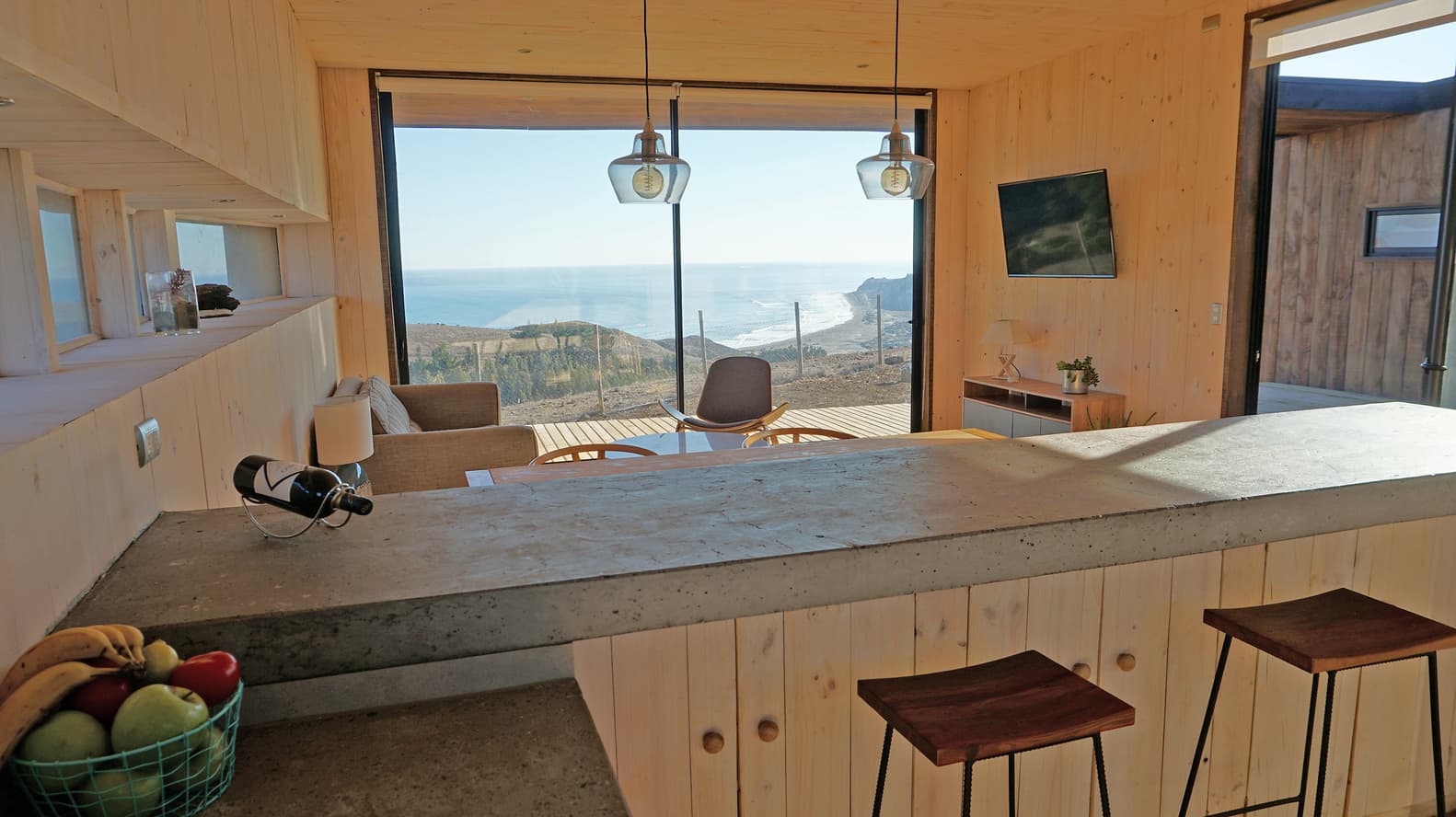 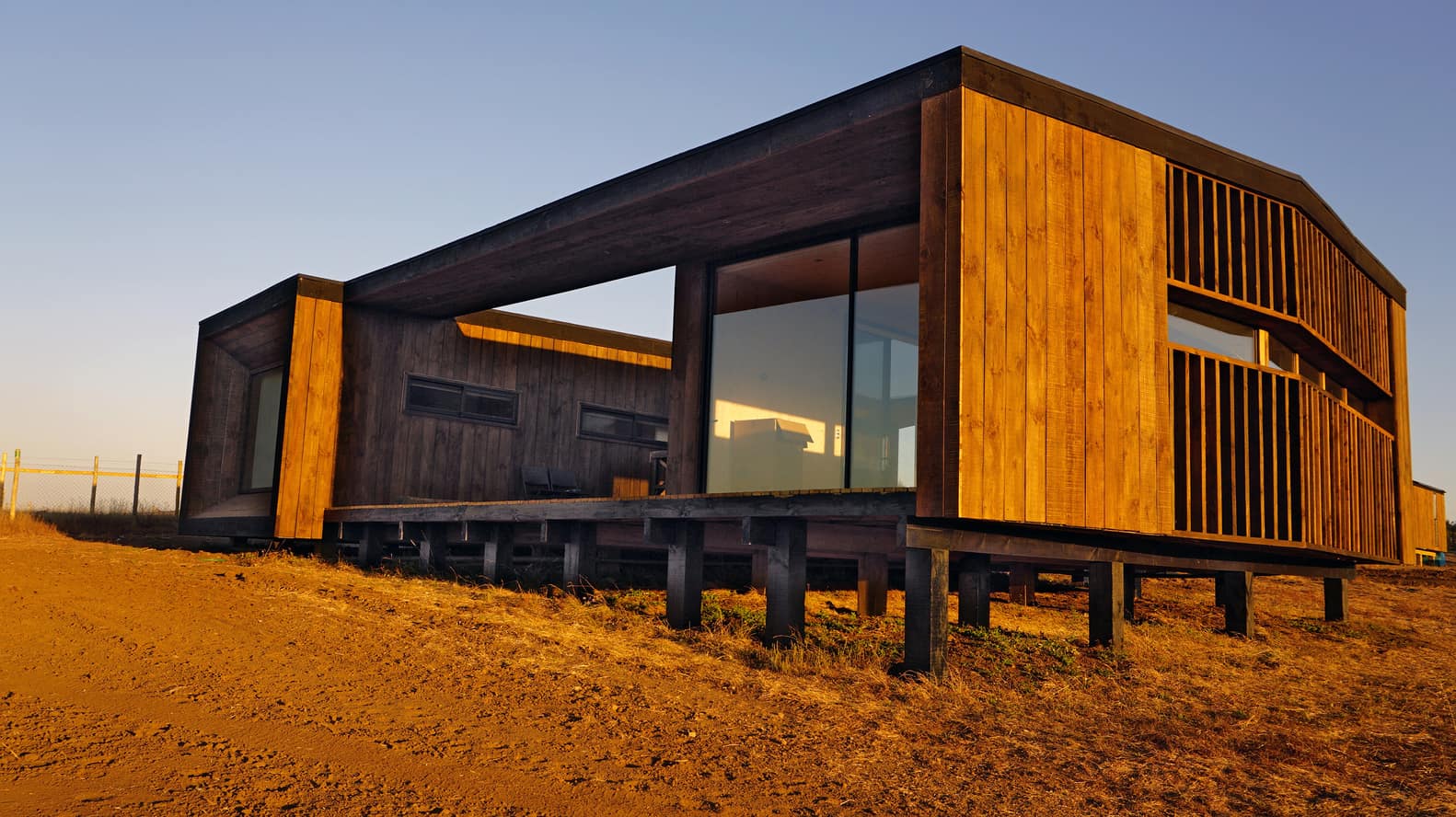 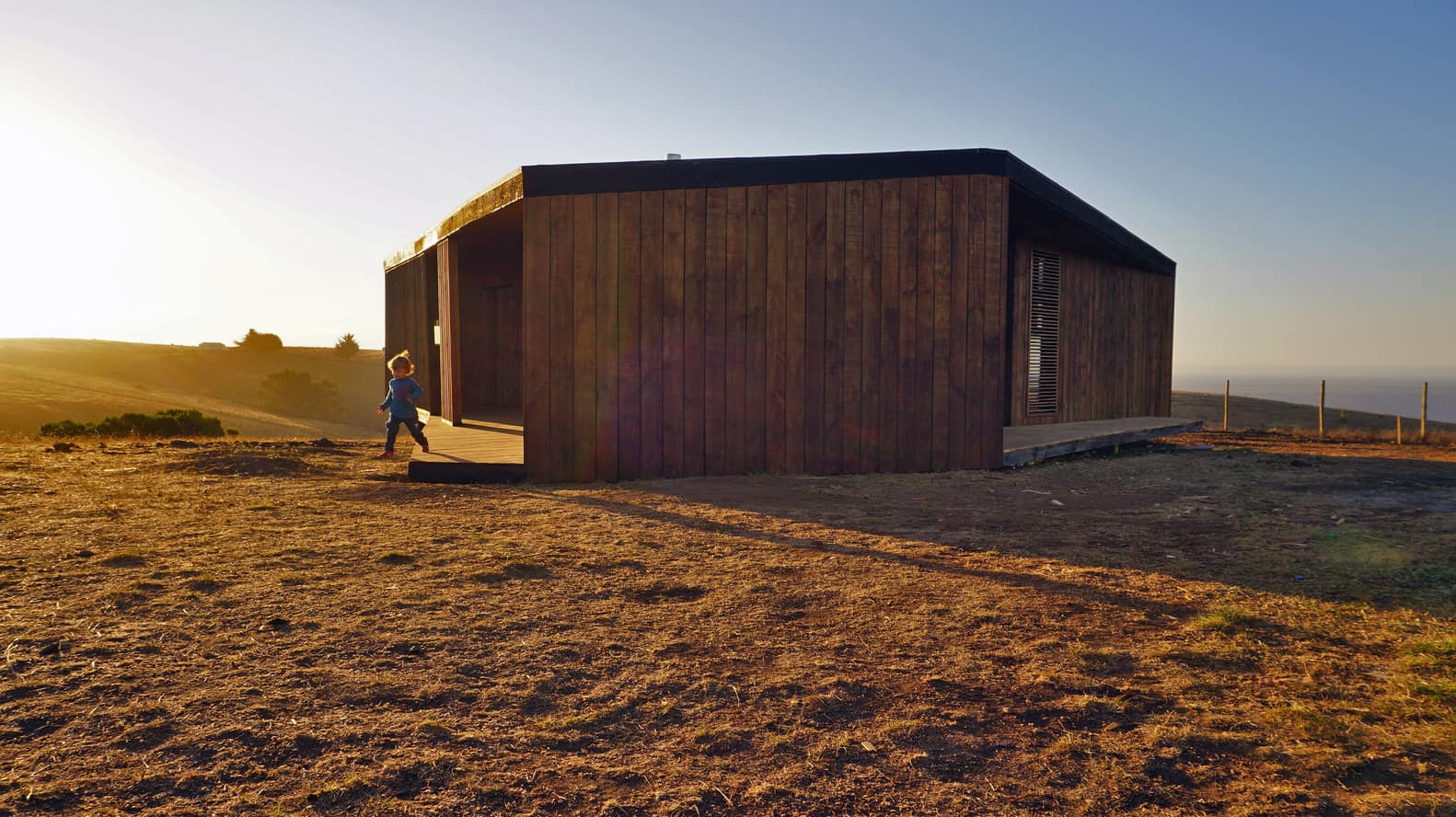 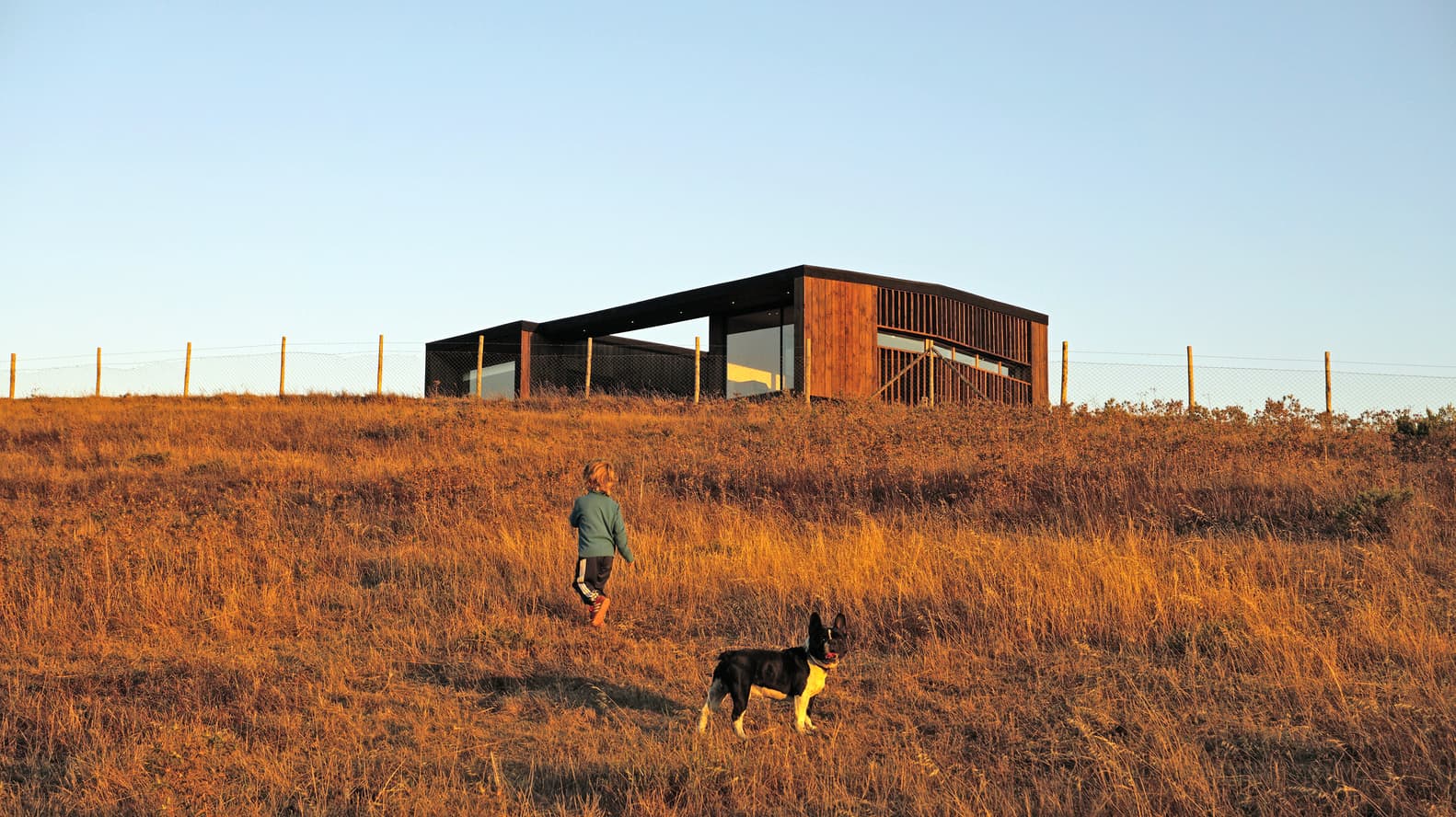 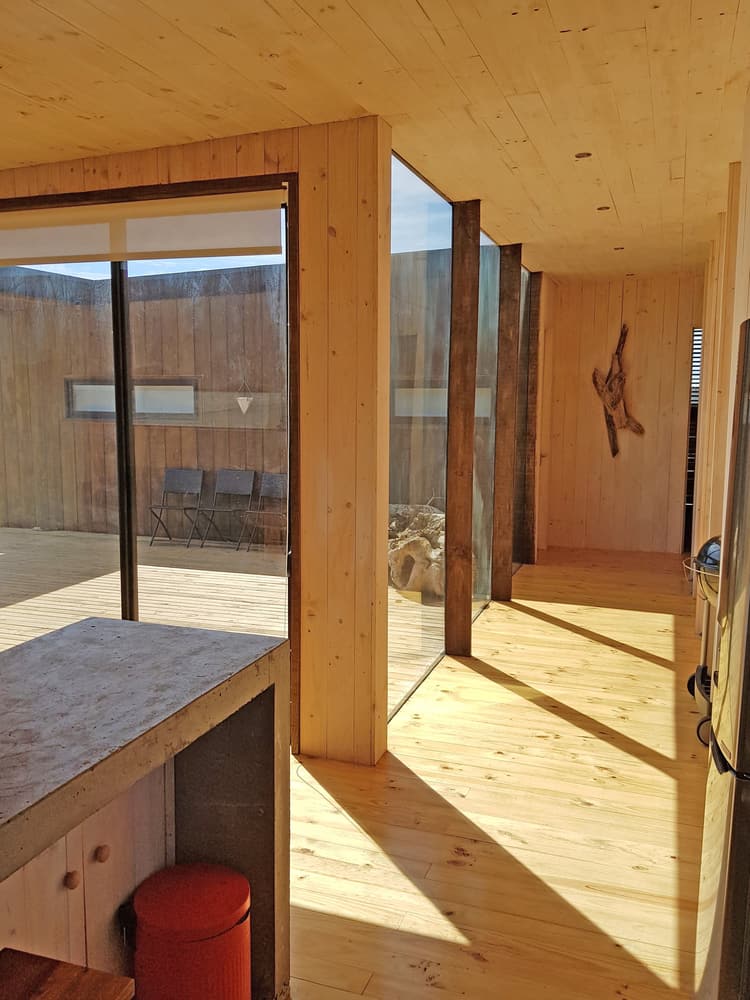 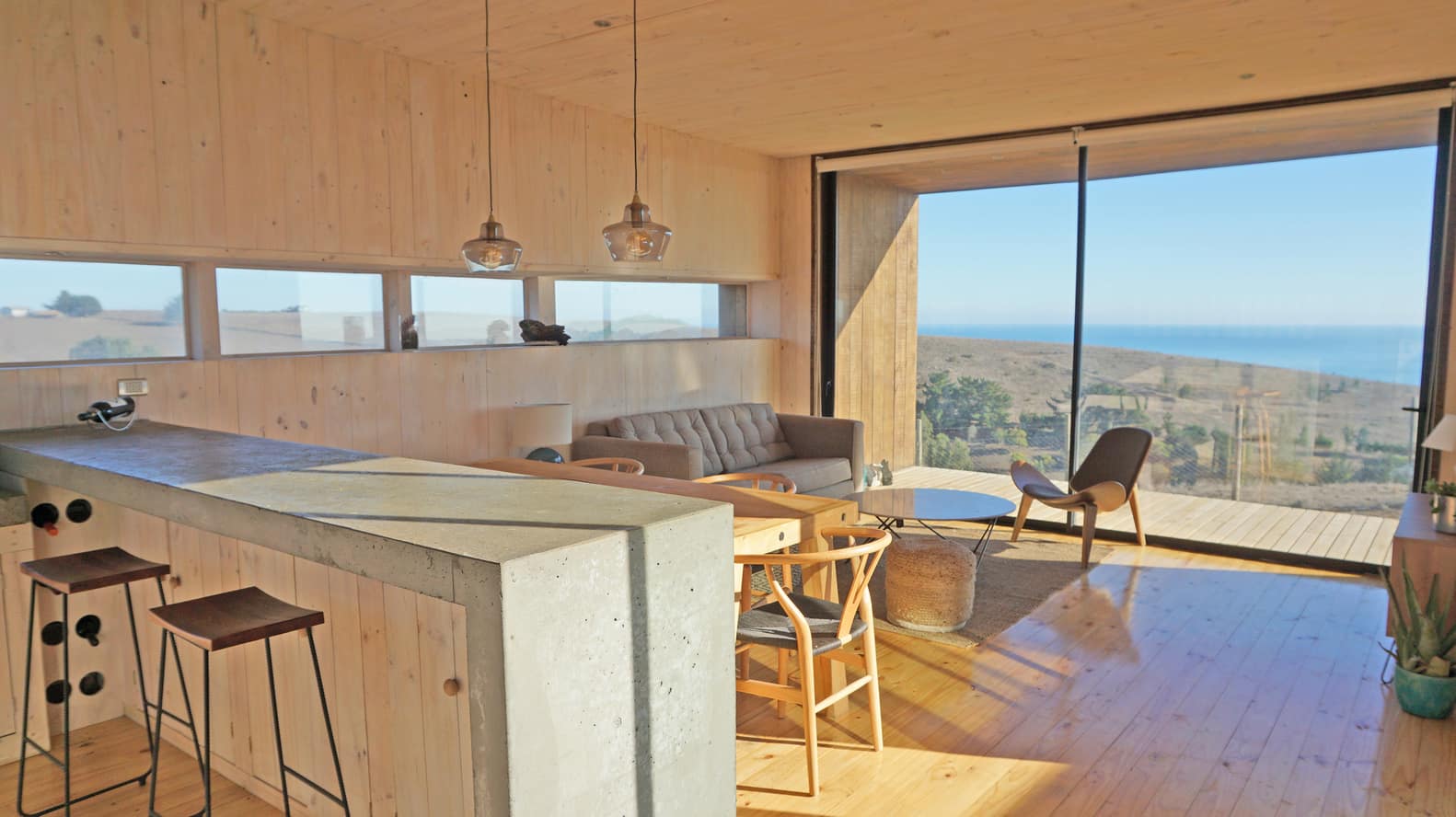 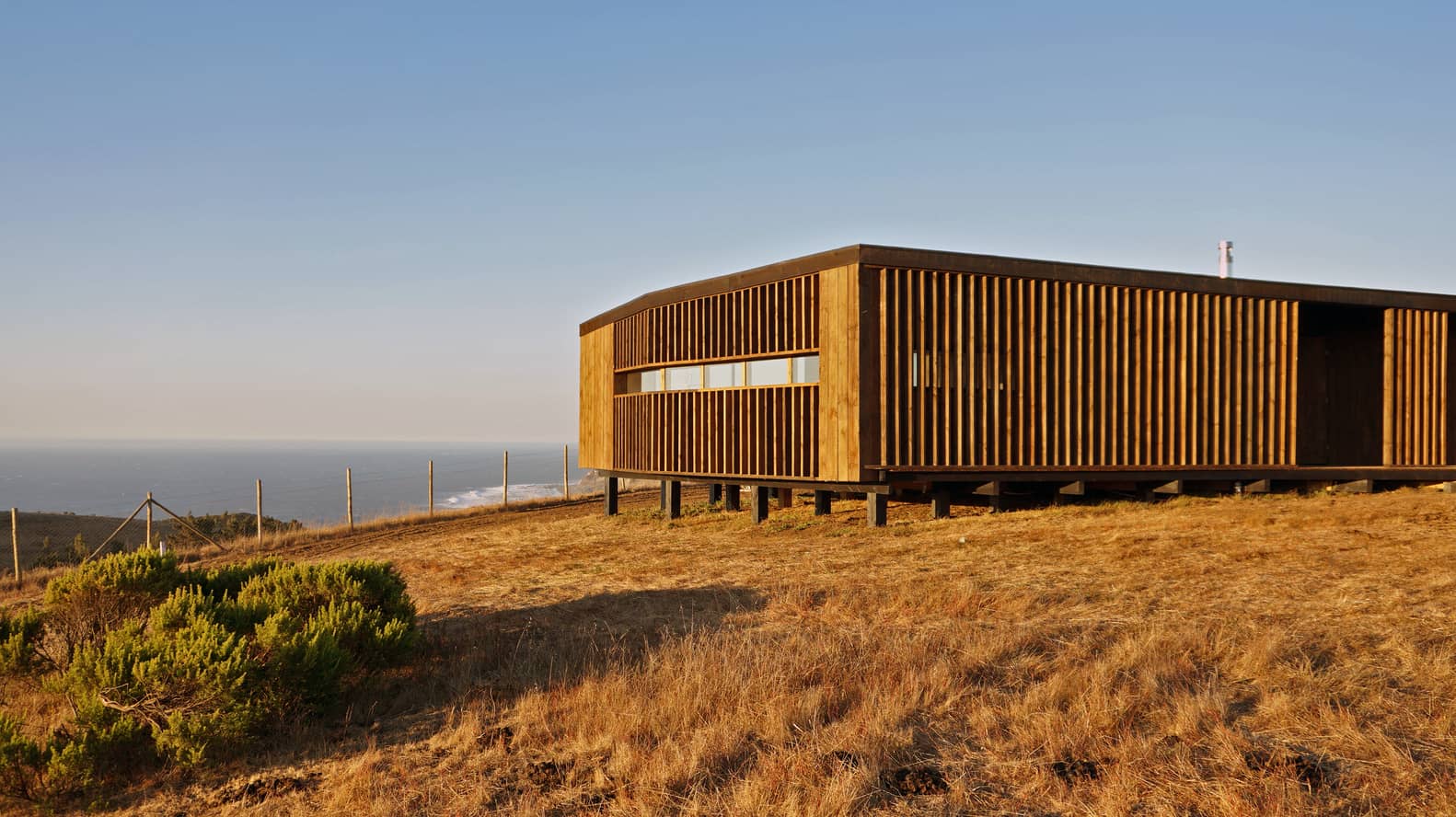 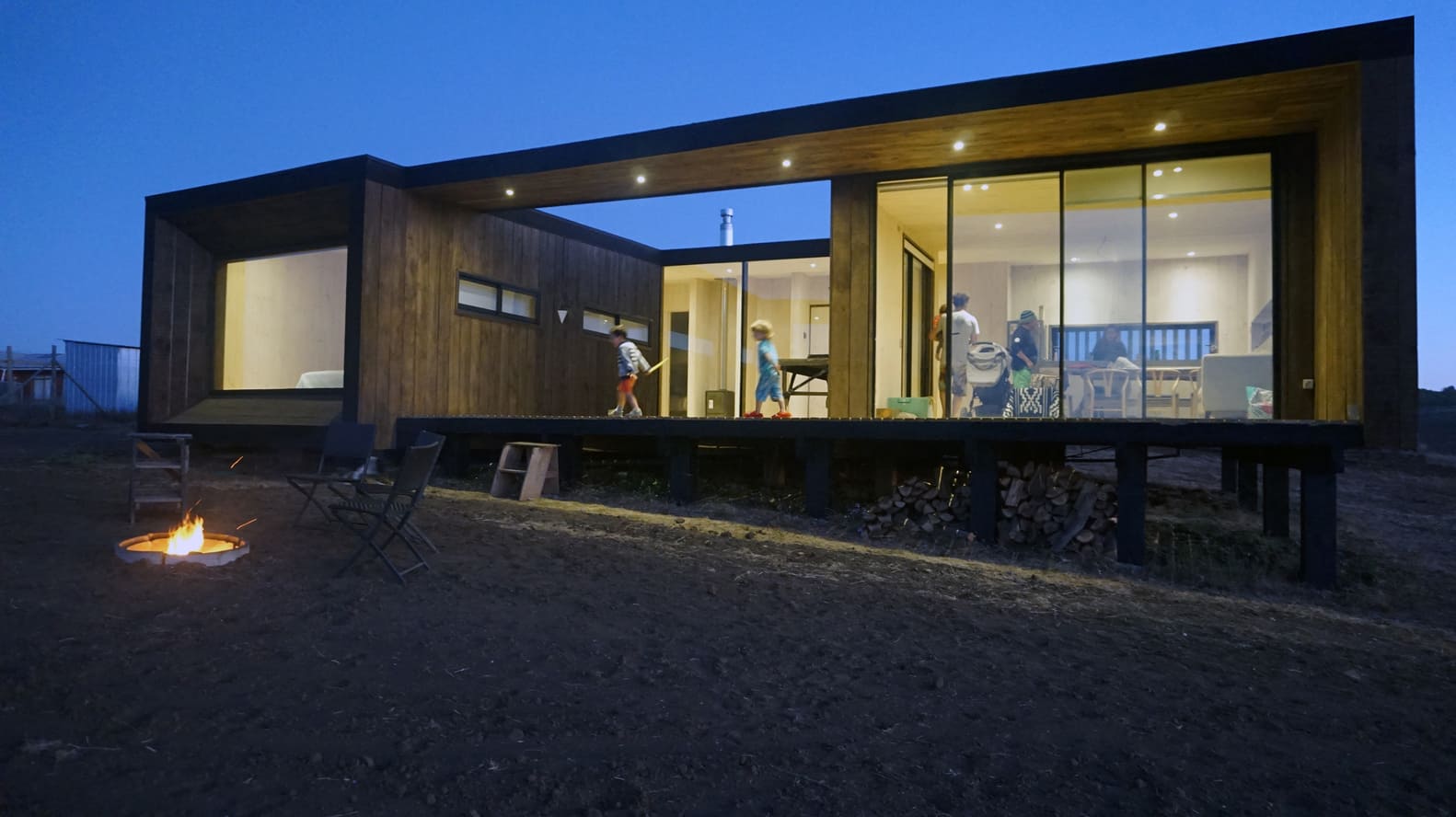 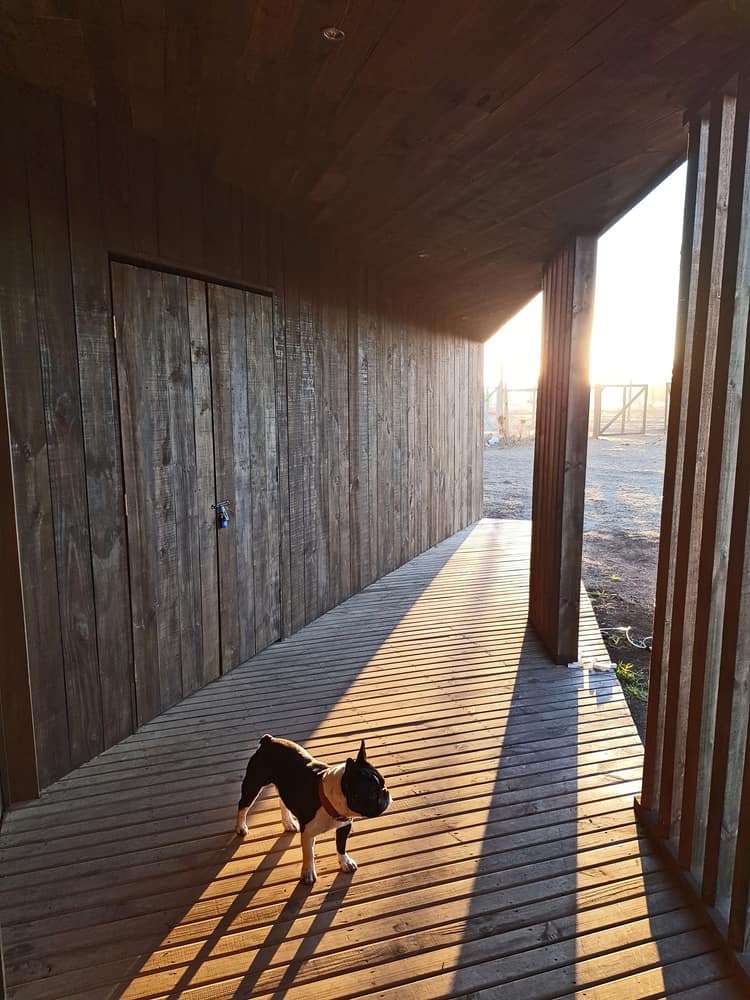 In a stunning seaside neighbourhood on the outskirts of Matanzas in Chile, creative designers at Worc Arquitectos have custom built a stunning beach house called House 222 for a young couple and their two young children.

The placement of the house was chosen very specifically; they wanted to ensure that their kids get a beautiful coastline upbringing while still being close enough to a city to enjoy all of the amenities of urban living when they want to. That’s why Matanzas was the perfect location! It sits just outside the bustling city of Santiago.

For the sake of privacy and a beautiful 360 degree view, designers and owners chose a beautiful north facing hill, building on an expansive plot of land right at the top. From here, the beaches below can be seen from just about anywhere in the house, as can the cliffs surrounding the hill and the village of La Boca de Rapel at the water’s edge.

Building on the top of a hill that peaks towards the north naturally involved several challenges when it comes to building and accommodating for the location in the space. Designers used certain vaulted architectural techniques to keep the floors of the house level, for example, creating the space they need rather than cutting into the hill and disturbing the landscape.

Additionally, it was essential for designers to work with the often strong south winds blowing up the hill towards the plot. This determined the placement and angle of the outdoor terrace and was also the reason that the raised patio seating space was inset within the centre of the building, sheltering it from both sun and wind depending on the season and the time of day.

The location of the terrace, which is wooden like most of both the facade and interior, also serves to give it privacy, which makes it feel somewhat like a natural looking place of peace. The unique shape of the space and the way it sits in an open air spot that also sits back nearly inside the house makes it a sort of blended experience that can be used all year round.

This terrace space is only one of three volumes that make up the total house. There is also a private volume that includes the bedrooms and resting spaces, as well as a public volume that is filled by shared and common spaces like the kitchen, dining, and living rooms. These three volumes all converge onto a central space that runs alongside the terrace, which is a corridor lined by glazed glass windows.

This hallway not only provides natural sunlight to the inner spaces of the house thanks to those windows, but it’s also the main structure that blocks wind and gives privacy to the central terrace we talked about earlier. The windows, which extend from floor to ceiling, can be slid back entirely to merge indoor and outdoor spaces, making the terrace an extension of the kitchen and dining areas.

From the outside, the shape of the house is quite square and linear with the exception of one area; the second bedroom in the private volume detaches diagonally from the main shape in order to give it a much better view than it would otherwise be afforded. All of the bedrooms feature shutters that can be pulled over the floor to ceiling windows in order to turn the spaces into private havens when necessary.

In terms of its materiality, the entire house features wood as a nearly monochromatic feature that dominates the decor scheme. The fact that this is true for both the interior scheme and the facade of the house creates a sense of cohesiveness. At the same time, the overarching wooden presence helps blend the house into its surrounding landscape even as the somewhat contemporary and interesting shape makes it stand out.