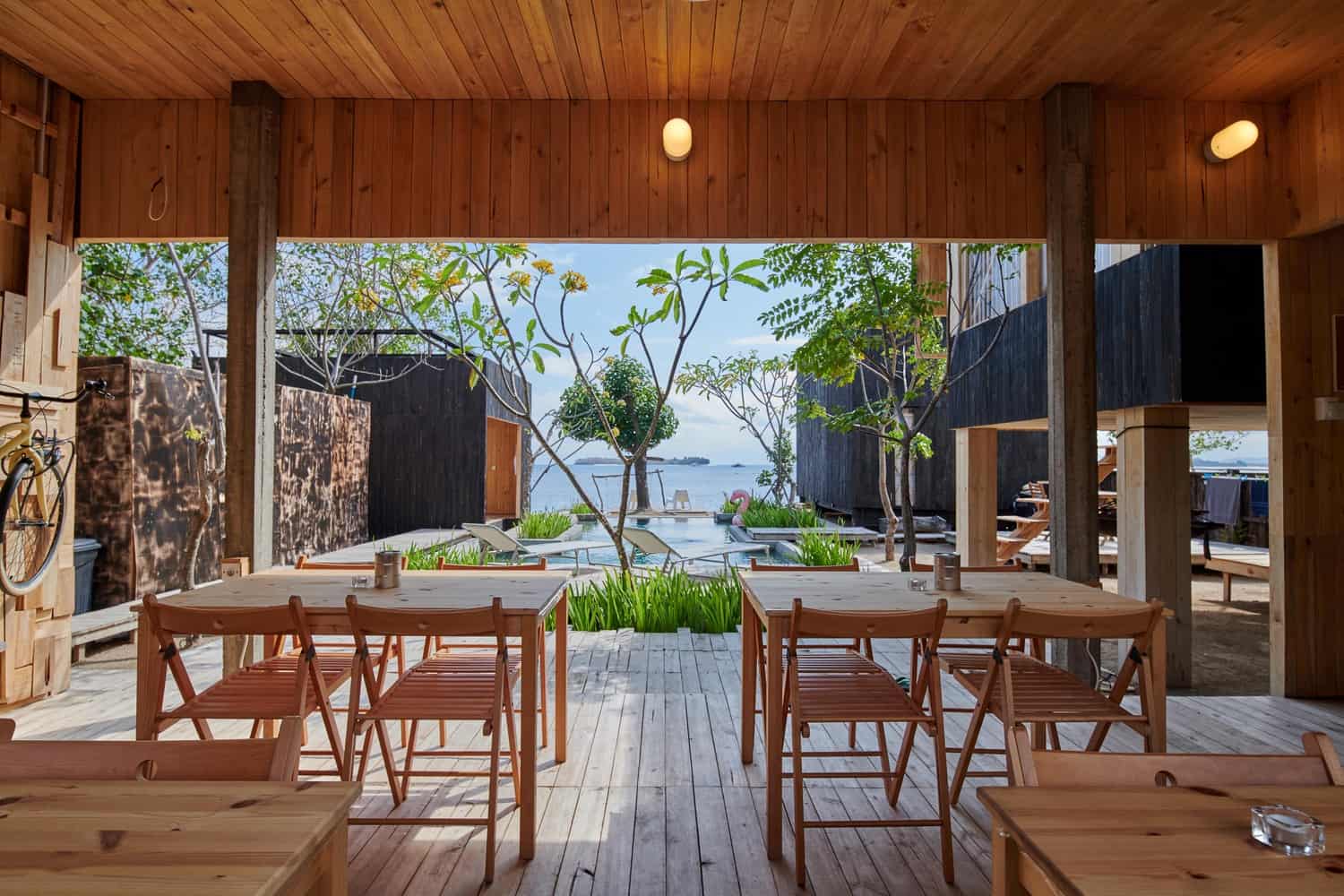 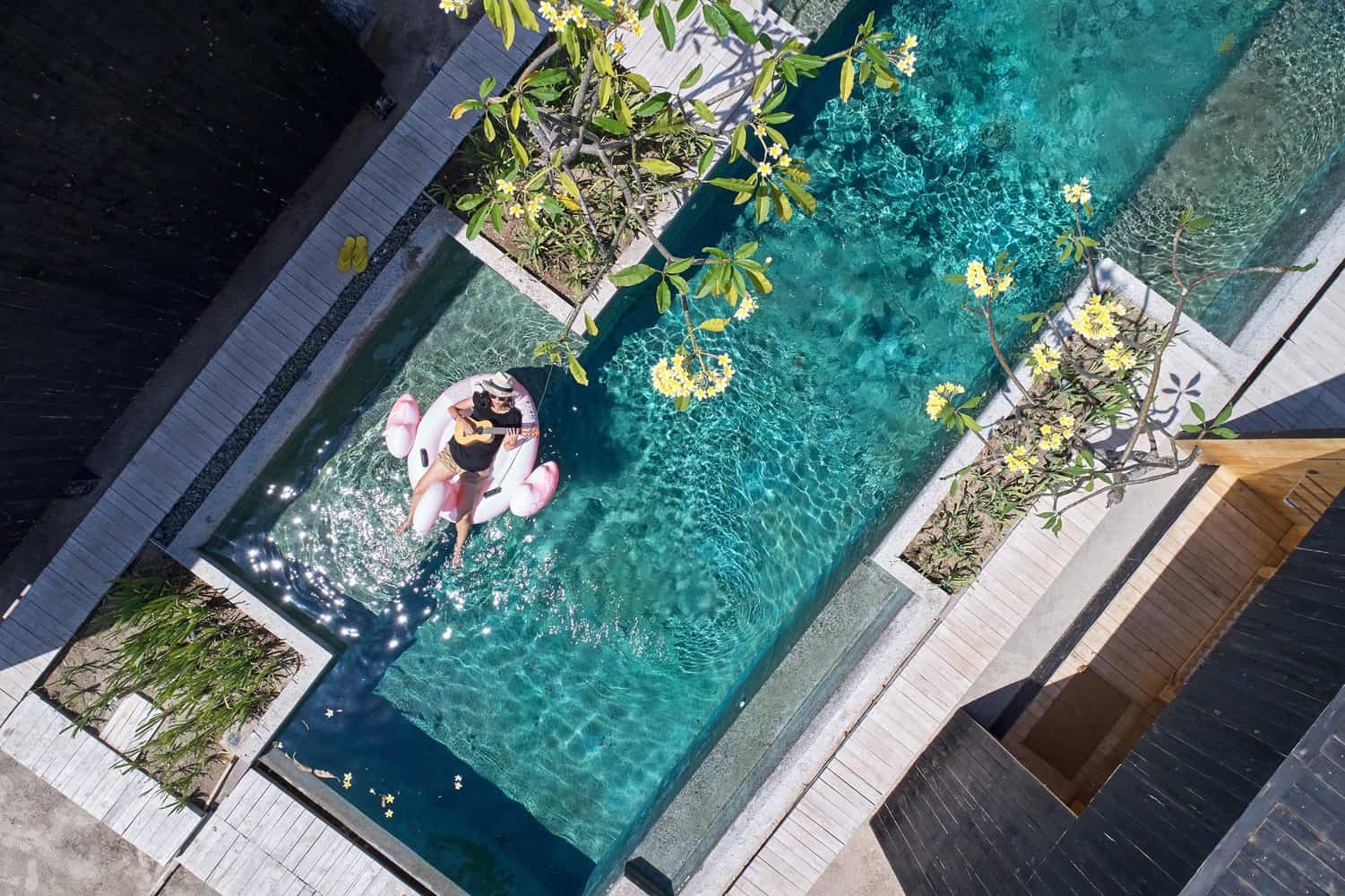 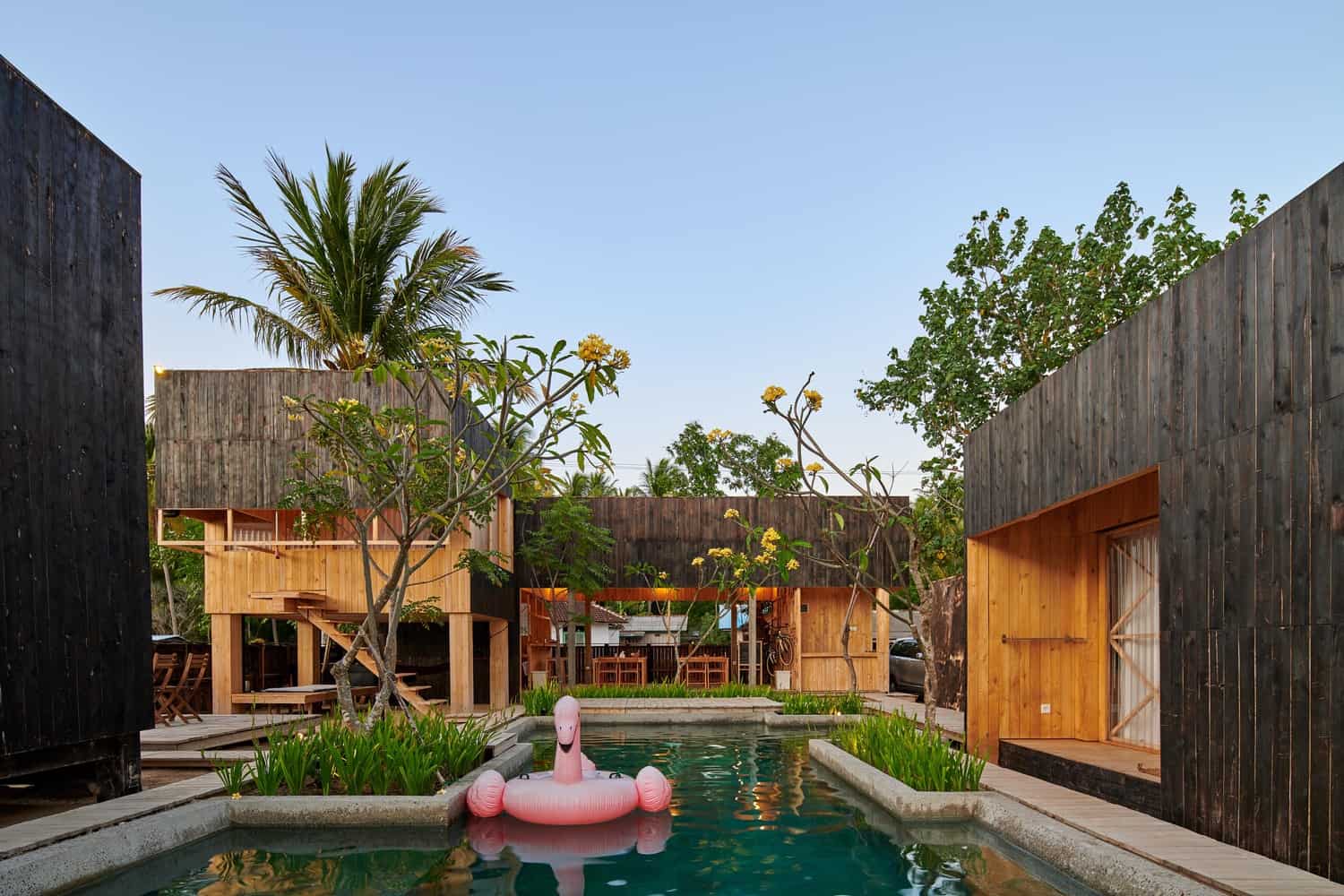 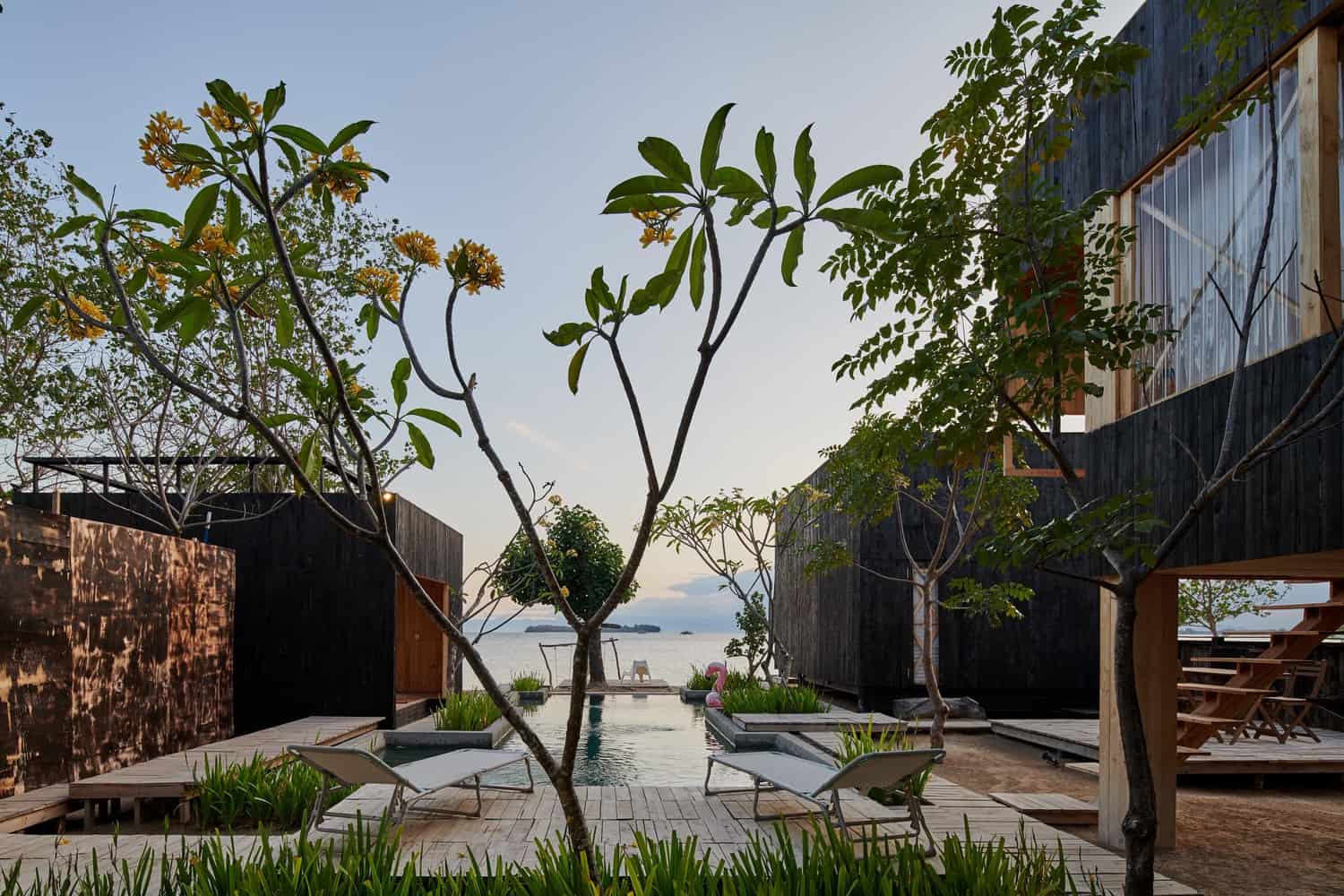 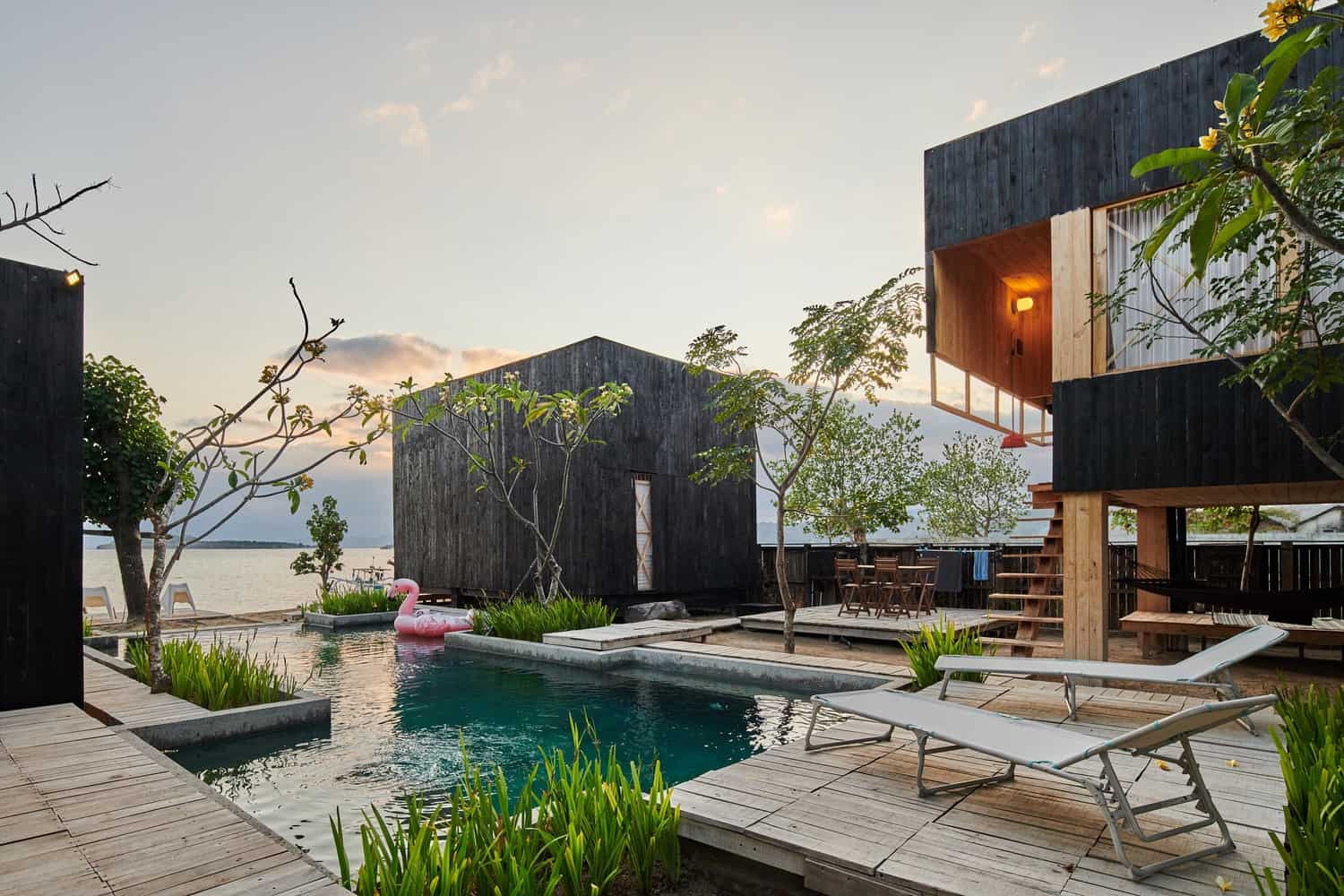 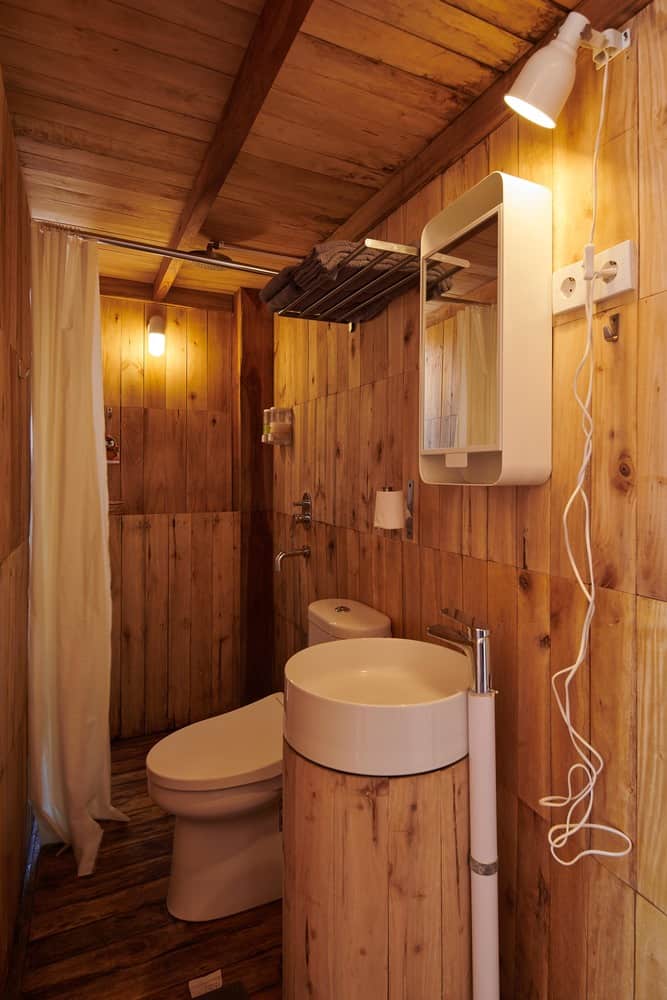 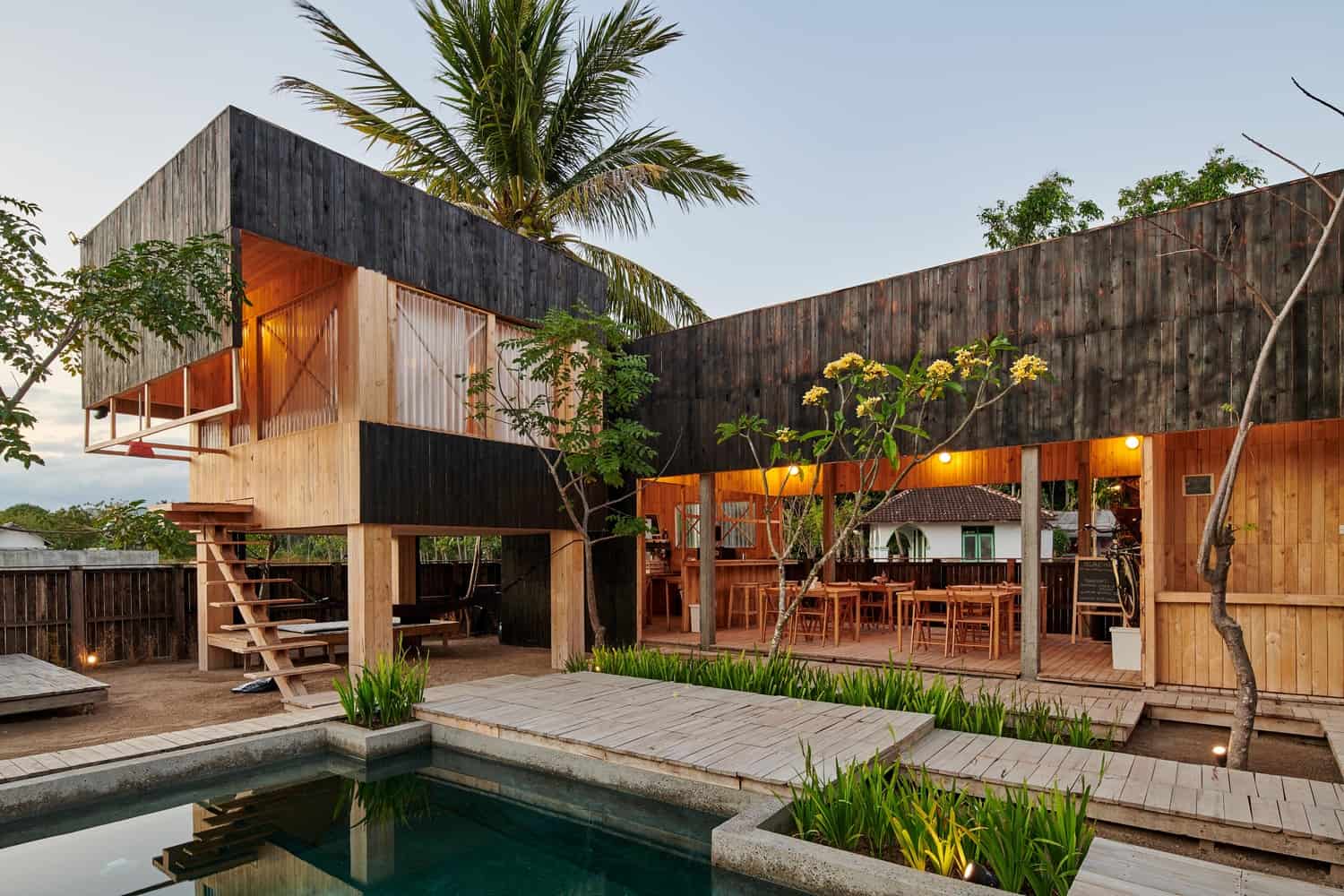 In West Nusa Tenggara, a part of Indonesia, the Kiyakabin was recently created by Atelier Riri in partnership with the government in order to give tourists an ideal experience of the deeply rooted local culture and mesmerizing tropical scenery in the area. Standing tall on Lombok, a small island near Bali, this house furthers the goal of enticing visitors and giving them the perfect experience, which has been the Indonesian government’s primary goal for that area since the 1980s. These islands offer both beaches and mountains, making them breathtaking to witness and extremely unique indeed to try and build on.

Besides being unique in terrain, the Bali and Lombok area in which Kiyakabin was built is also extremely unique in terms of local culture and ethnicity. While Bali is predominantly Hindu, Lombok’s local culture is rooted in the Muslim practices of the Sasak community. These two island groups have long lived harmoniously and side by side, forging a strong connection and allowing things like architecture and music to be influenced by one another in certain ways.

The Kiyakabin itself was designed and built in 2017. One of the primary goals in planning the project was to make it overtly represent the Sasak culture in terms of materiality, layout, function, visual decor, and overall lifestyle. Building materials, like the various types of wood you see all throughout the structure, were sourced locally, making the building very sustainable indeed for its environment.

Perhaps the most obvious thing this stunning island has to offer is a view that is practically unparalleled. This view can be soaked in from any of the Kiyakabin’s four separate building units, which for a randomly arranged compound that’s fun and interesting to navigate. Designers purposely structure the compound in this way to reflect the character of a typical Sasak village, which is developed at whim rather than along strict plan, but still in purposeful cohesiveness with the rest of itself.

Each cabin in this compound has a different view; for example, one cabin faces directly towards the beach while another is oriented so you wake up to the view of the fantastic swimming pool in the centre of the space. One of the cabins even has a slightly more distance heavy view because it is lifted from the ground on a platform, meaning it can see above the others.

The interior spaces in each of the four cabin buildings is different and unique to itself as well, giving guests a sort of experience shift as they travel from one to the other. Three of the cabins are private with sleeping areas and the fourth is a public space that features a kitchen, a storeroom, and even a restaurant. This cabin, which is the largest of the four, is often used as a communal space, kind of like an activity centre.

The fourth largest cabin is the spot in the compound that acts as a sort of connector between public and private areas. This and the other cabins were all completed using a construction technique that is typical of the local Sasak houses in the area. Adapted to withstand weather and the wear of guests, the Kiyakabin buildings were still created using a connected wood construction technique that can be seen all over the island in traditional Lombok homes.

Speaking of local material sourcing and sustainability, the wood that you see in the slightly darker facade cover on the outside of the cabins was actually taken from a lush garden that was created for and serves the cabin compound itself! This is golden teak wood, which is extremely strong and has been finished using a specific wood burning system that helps it withstand harsh tropical seashore weather and protect the structural wood underneath. In other places, you’ll see a lighter white teak wood, which designers used mostly as an interior coating inside the cabins. This makes things look quite modern and cheerful rather than dark or very rustic.

One of the most unique features of the Kiyakabin building compound is the swimming pool, which lies in the centre of all the buildings. This pool has lovely views of its own and is often used as a place for interaction with other guests, since its so easily accessible from all of the cabins. It has a unique layout, however, that stretches to different parts of the compound, so there are also pool sections that have some privacy to each cabin in the even that someone would rather drift in their own space for a little while. All around the outside of the pool is a wooden path that connects the cabins and the outer area despite the water.

The cabins themselves are kept quite simple in terms of shape and architectural style. They are modern and square, making them look very contemporary but in a way that will age well and last. This shape also pays ongoing homage to the culture, as that’s the layout of most of the local and more cultural homes as well. Additionally, the simple square buildings do very little to interrupt the stunning nature around them, which helps keep the view from surrounding areas beautiful and consistent.

House with a Slide in Japan by LEVEL Architects