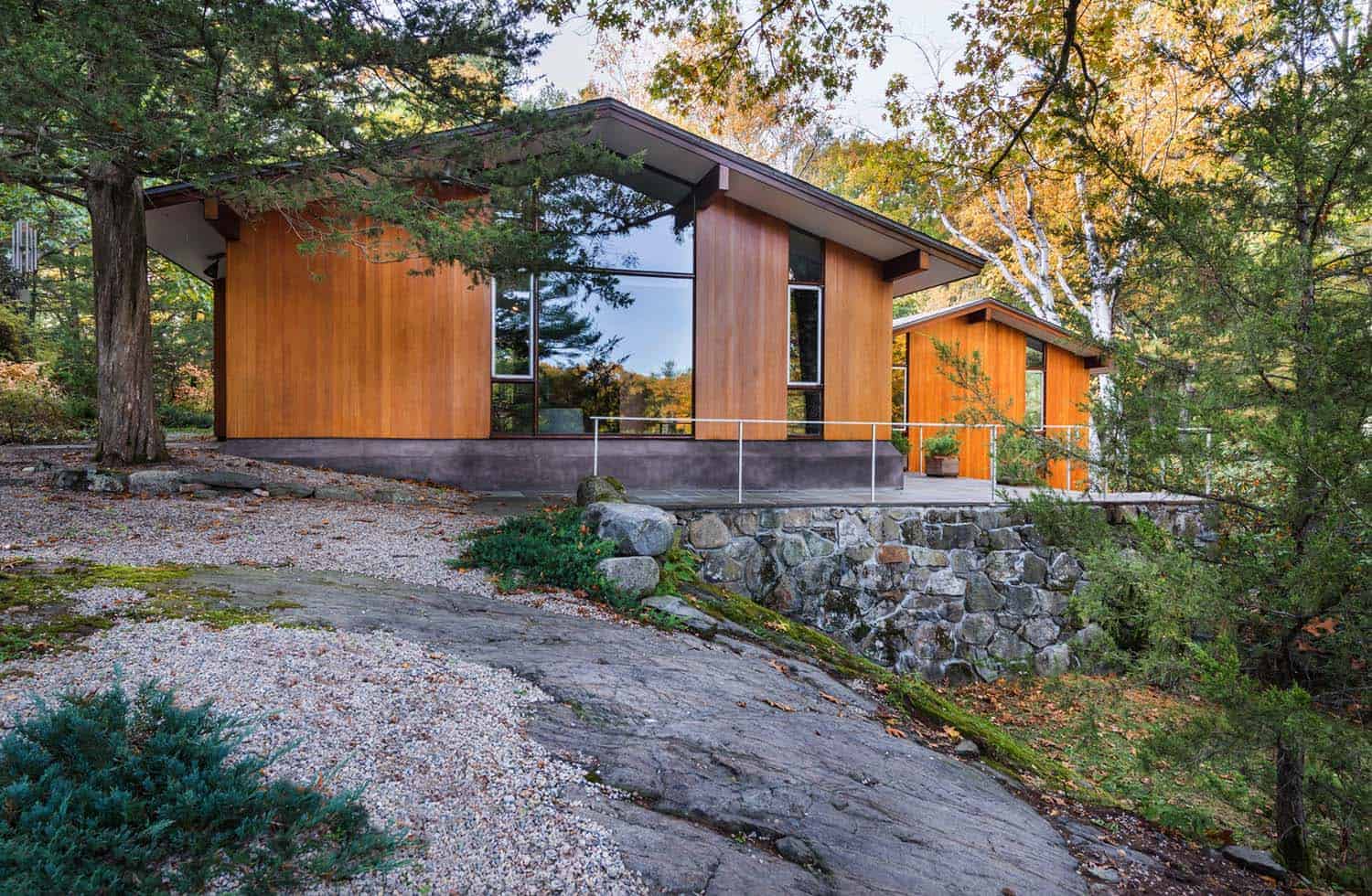 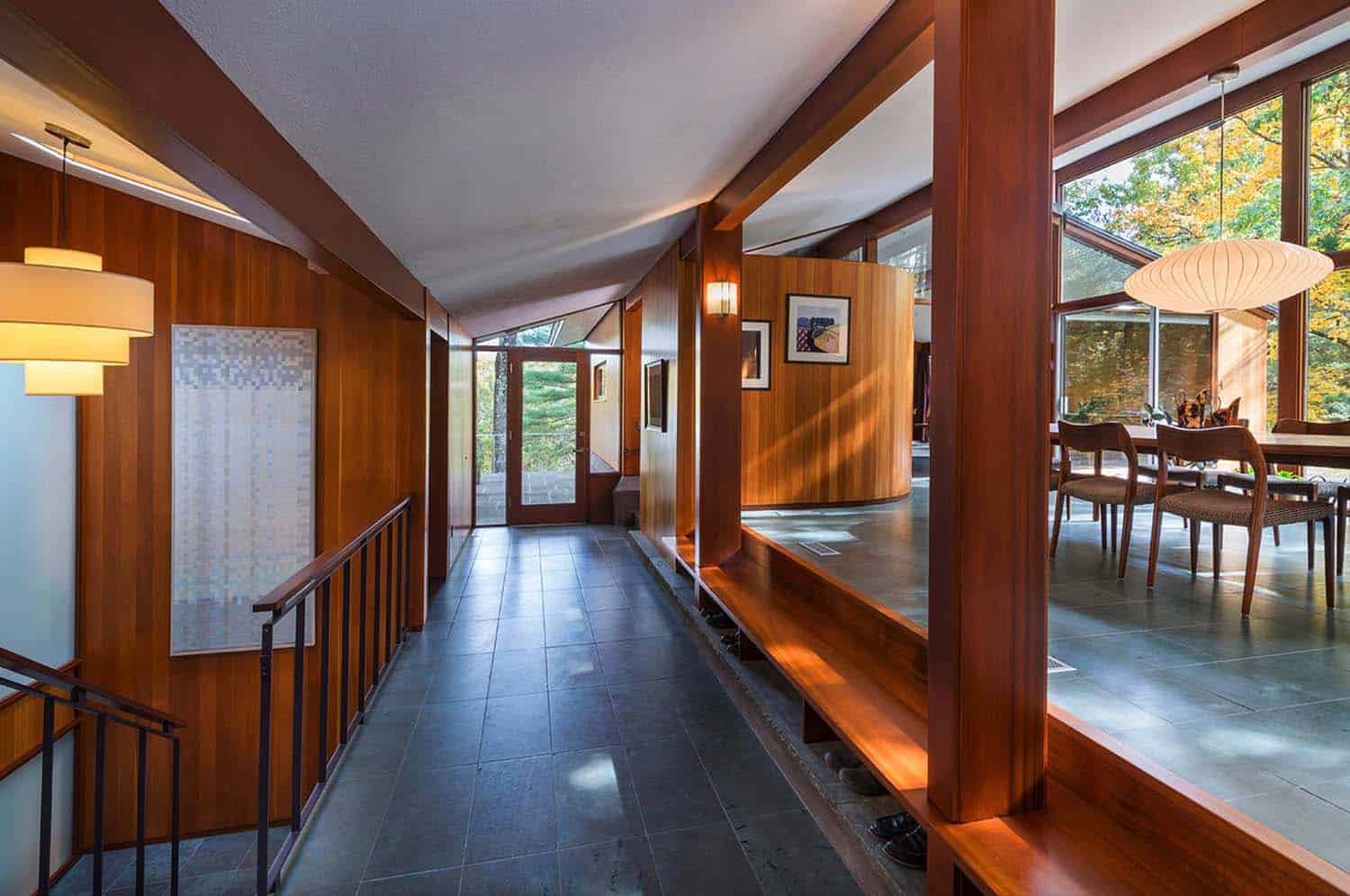 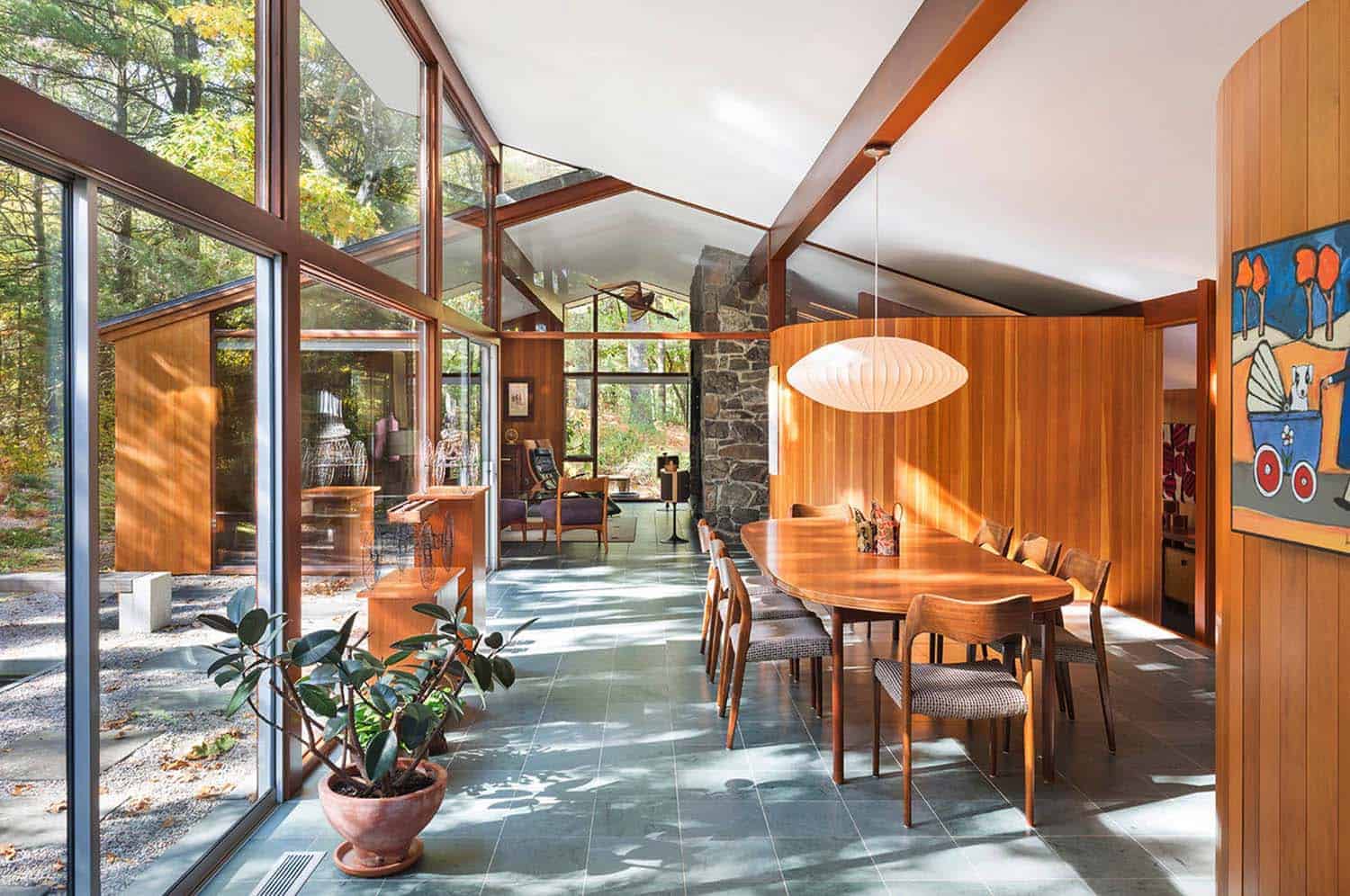 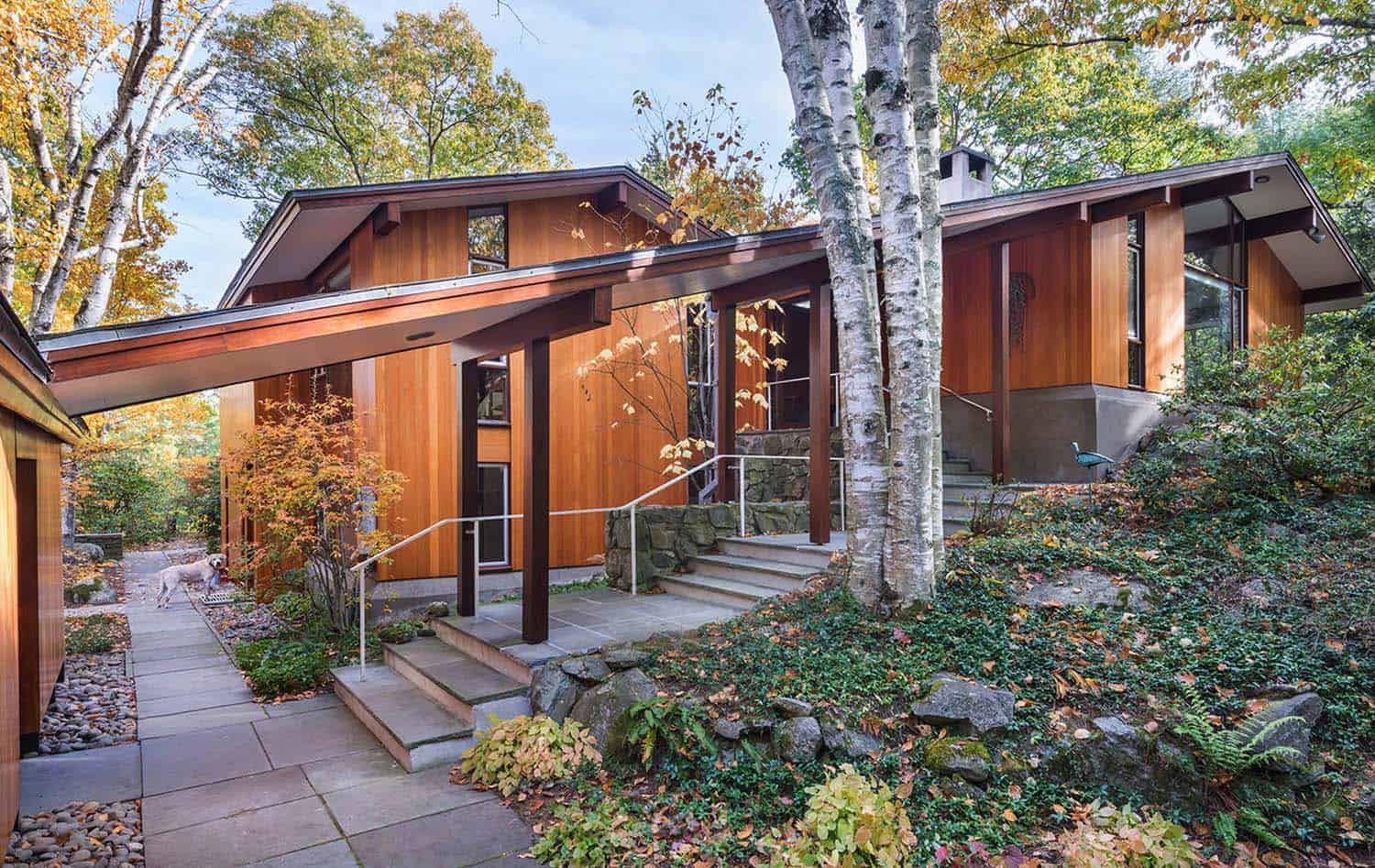 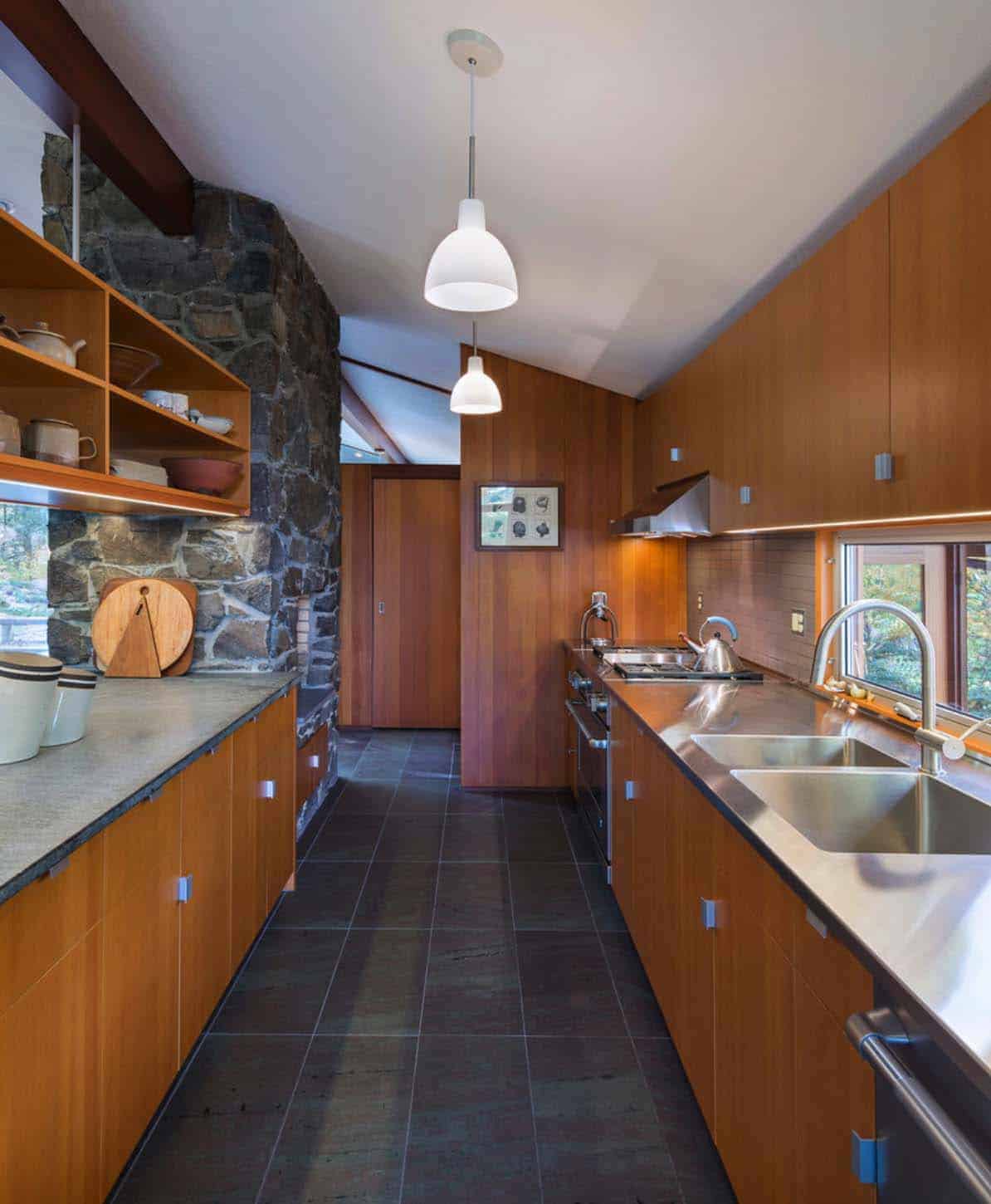 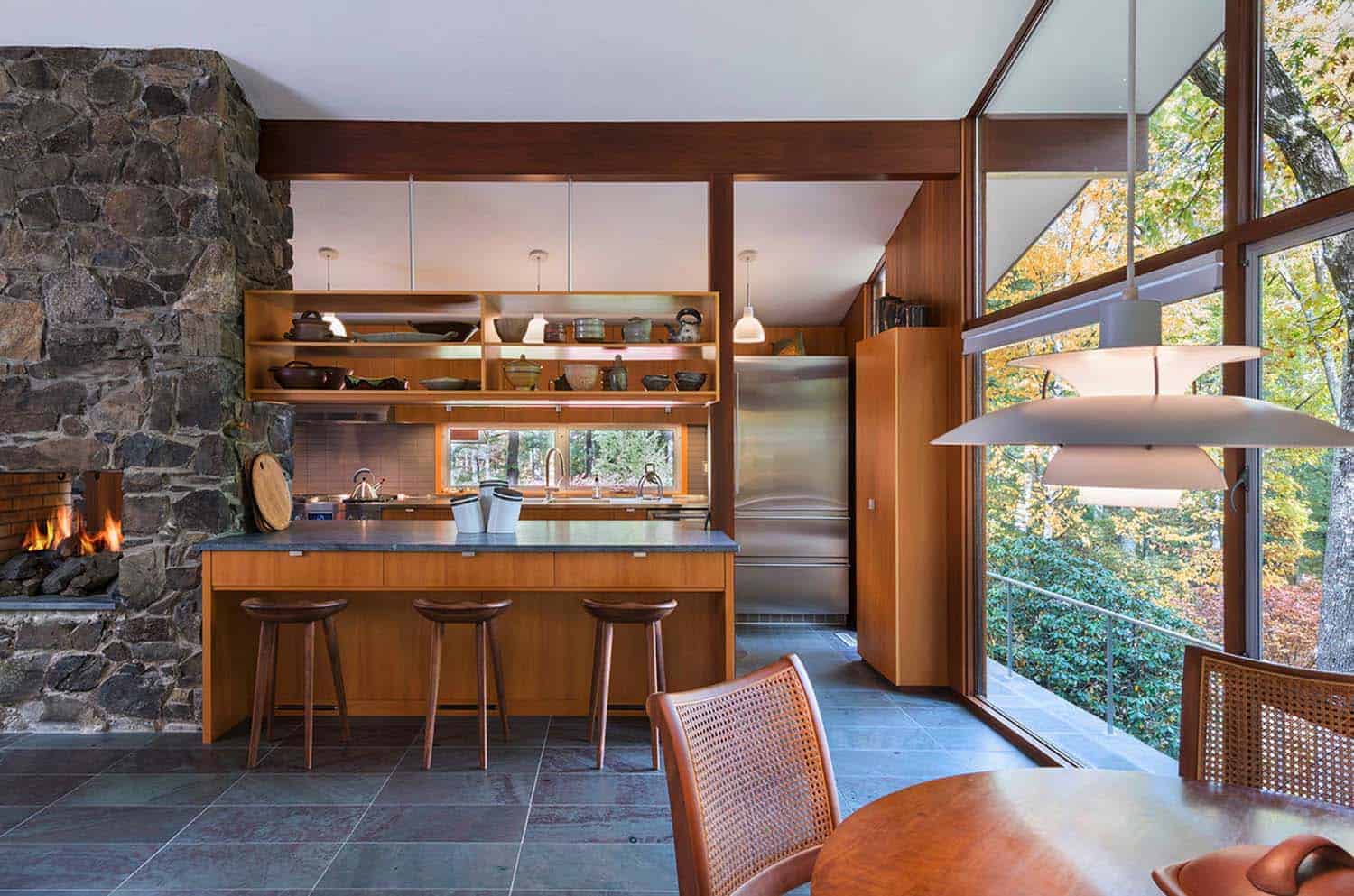 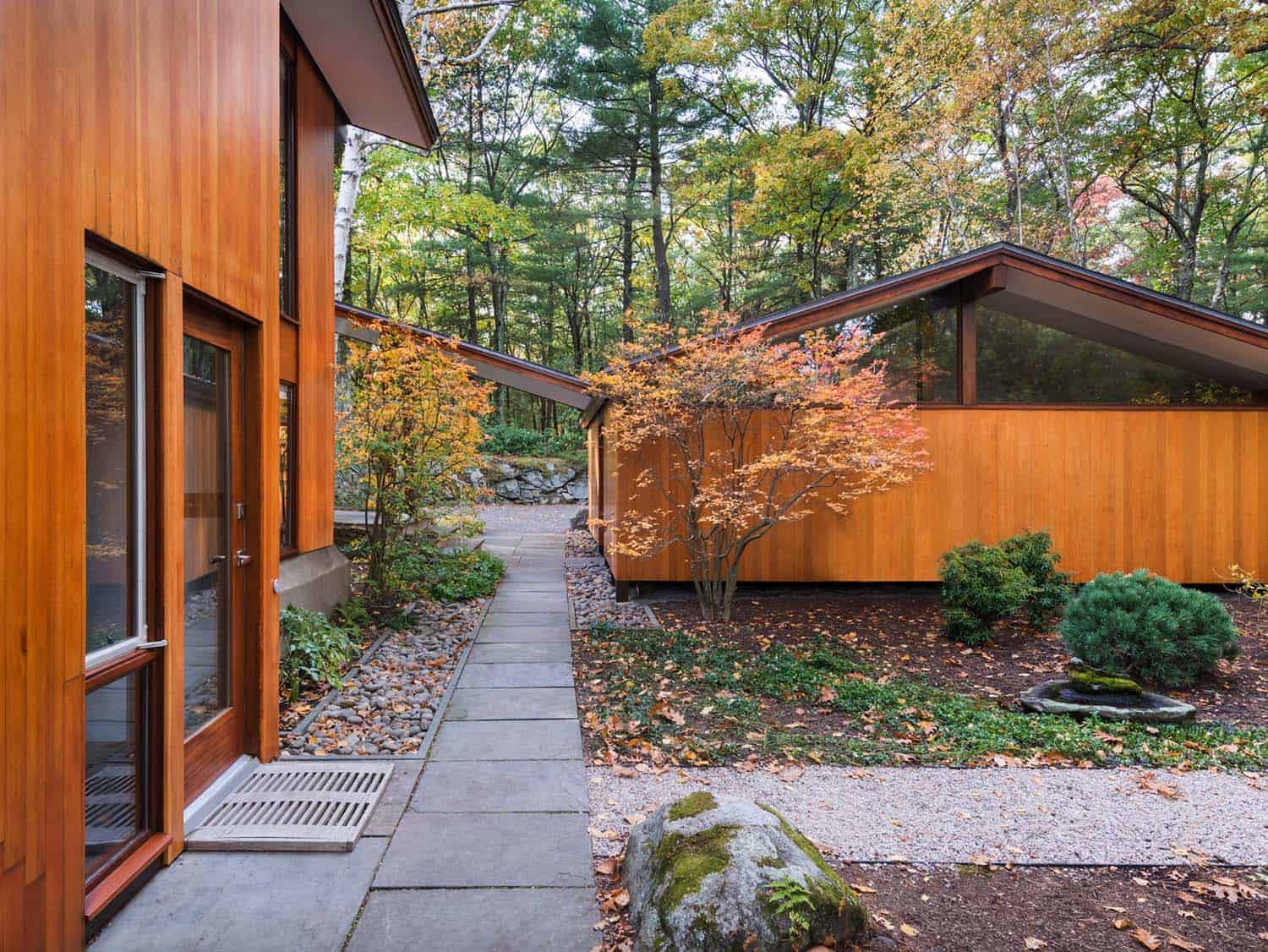 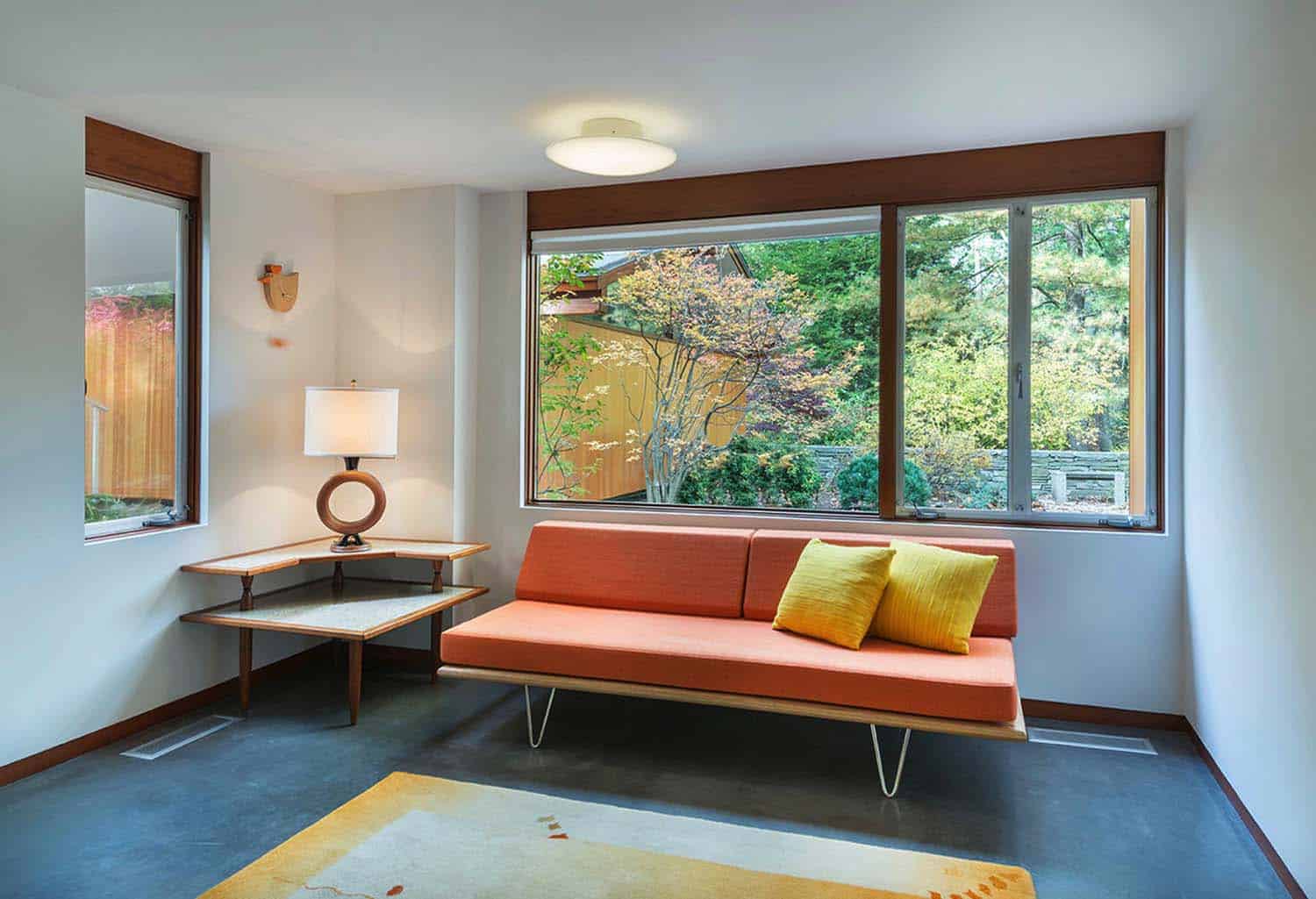 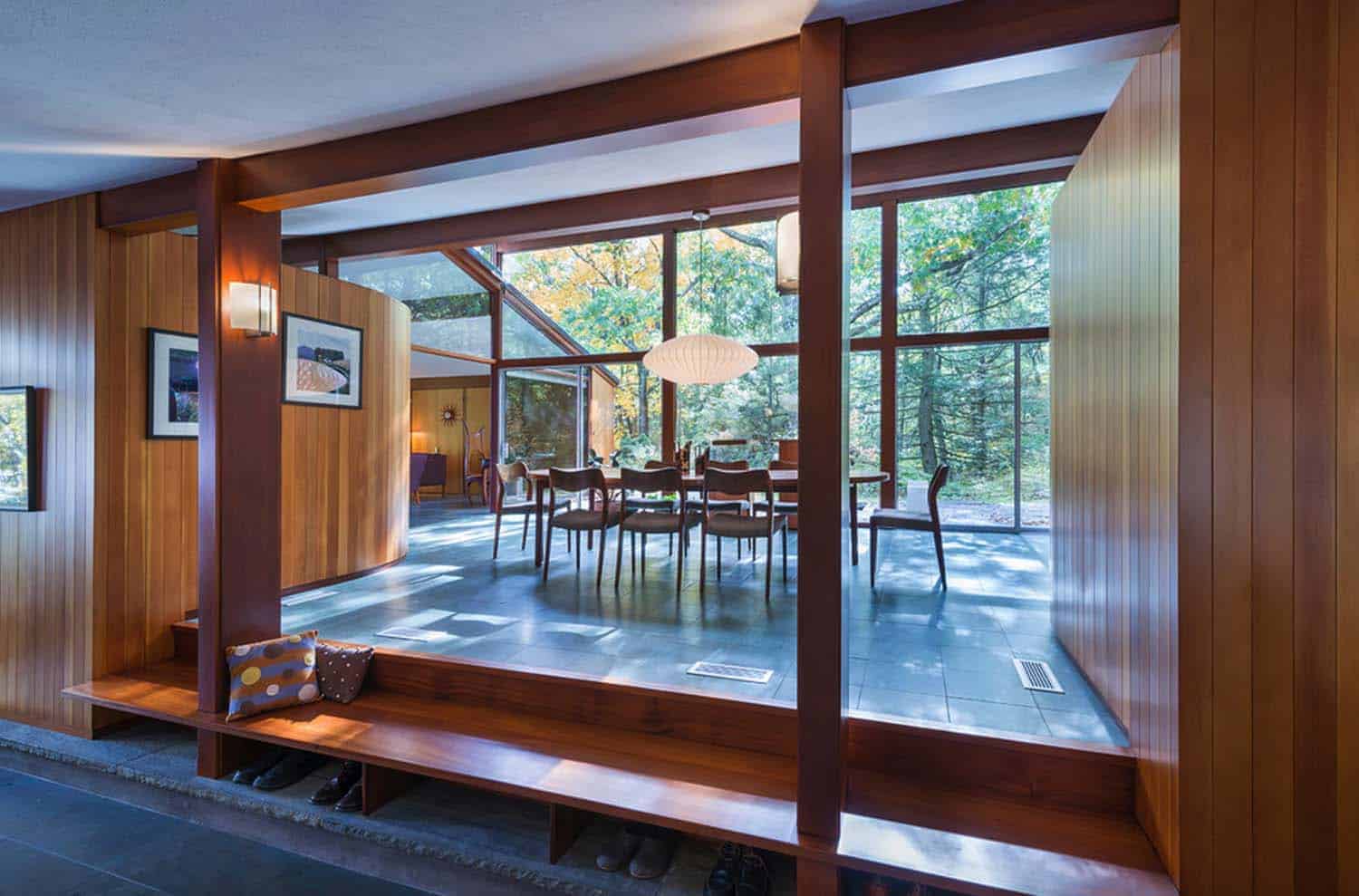 In the quiet suburbs of Boston, Massachusetts, just out of reach of the city noise, creative architects at Flavin Architects recently completed a renovation project called Natural Mid-Century Home, in which they overhauled a 1950s house to boast modern amenities and layouts with all the charm subtle kitsch of its original version’s era.

Weston is a small town just off the borders of Boston and it is home to many houses that were designed and built by big names in the architectural world between the 1930s and 1950s. Now that the street scape has started to change and those houses have experienced enough wear and tear to need updating, contemporary design teams face an interesting dilemma: do they wipe out what they see to give families the modern homes they need, or do they stay true to the mid-century origins of the building?

In this case, the designers and new owners alike decided for a blend of the two options. While they did choose to quite heavily renovate the original 1958 house to make a home with more physical longevity, they also opted to give it a structure and decor style that clearly hearken back to that time, so the whole place has a modernized mid-century twist.

The owners also had one other special request that resulted in a particularly unique finished product. Having previously lived in Hawaii, they wished to have an outdoor patio space that is reminiscent of their terrace there. Designers opted to use materials that complimented the land, making the patio blend well into both the plot and the living room it extends off of within the interior, making it the perfect open-air transitionary space.

Designers also chose to work with the land in particular ways because the home’s plot is on a small slope. Rather than digging into the ground to anchor a patio, they built a natural rock foundation to create a level surface on which to resurrect the newest parts of their mid-century inspired haven.

Much like the original house and many houses of that time, this new building resembles the ever so common split level in some ways. Once you’ve arisen from the entry, however, things get much more open concept in a way that is far more contemporary and allows good flow of movement, energy, and natural sunlight from stunningly large new energy efficient windows.

Contrary to fully storied houses, the main living spaces in this building sit on the ground level that requires you to rise from the sizeable entry, while the private spaces like bedrooms and master bathrooms are below, lower down the slope. This gives the family a calming sense of privacy while letting the social spaces where guests will visit enjoy deeply sunny afternoons.

For the most part, the house is heavy in a beautifully stained wood that was locally sourced to help it blend, once again, into its surroundings. The shapes and lines chosen for furnishings and finishes, however, are one place where that iconic mid-century sort of “mod” style begins to show through. Beyond that, things are kept quite clean and minimalist, giving the atmosphere a sense of perfectly blended modern nostalgia.

Under the brand new (but definitely vintage styled) slate floor, which has a lovely, kitschy purple-green hue to it, designers also installed a modern update in the form of radiant heat. In combination with the passive heating and cooling of the floor to ceiling glazed windows and the ability of the terrace doors to open one wall entirely, these systems are quite environmentally low impact.

Overall, the house is afforded a sense of having transformed and adapted to its surroundings and new owners’ generation, rather than having lost its authentic charm and been overhauled without regard for its history.