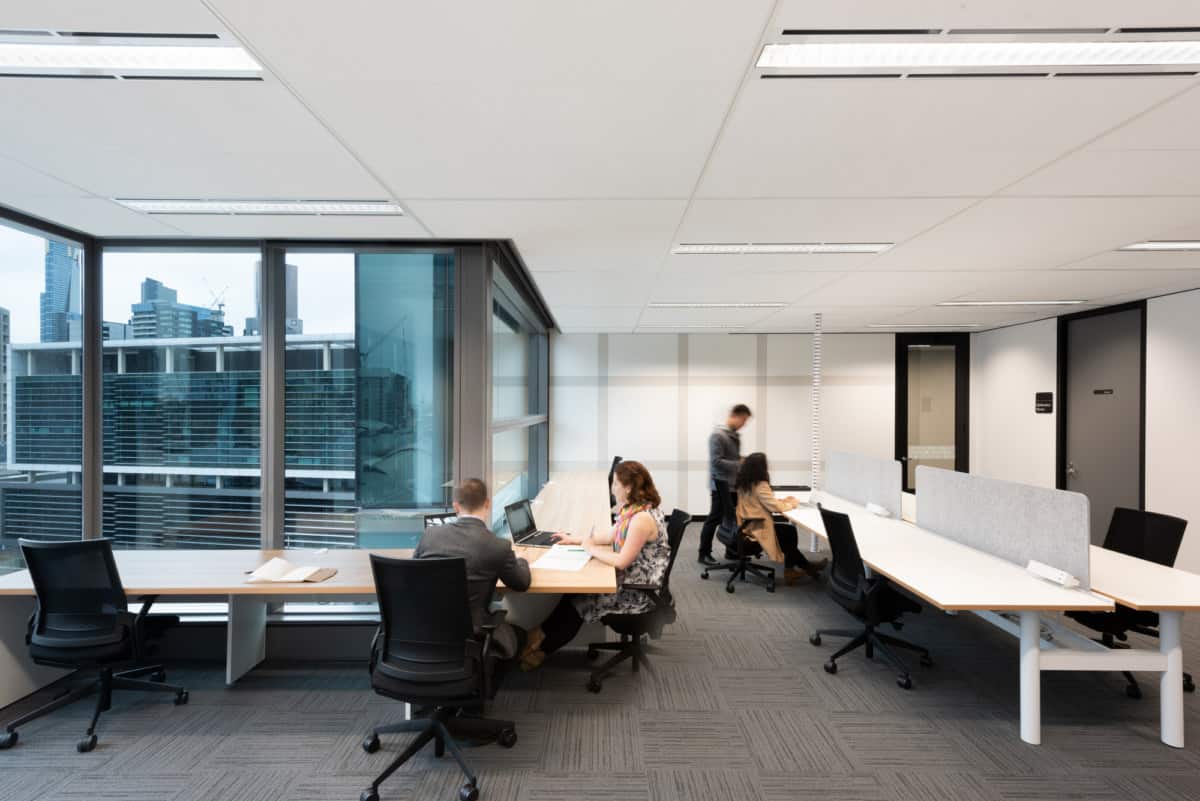 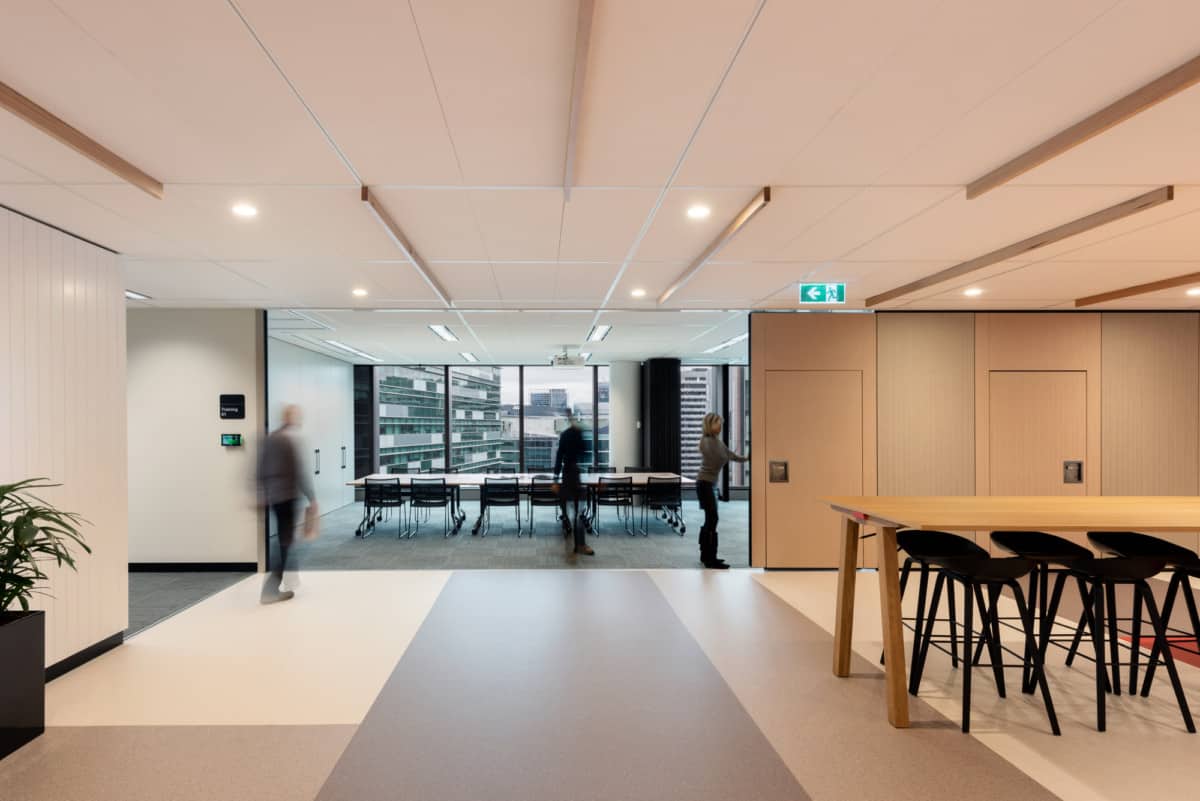 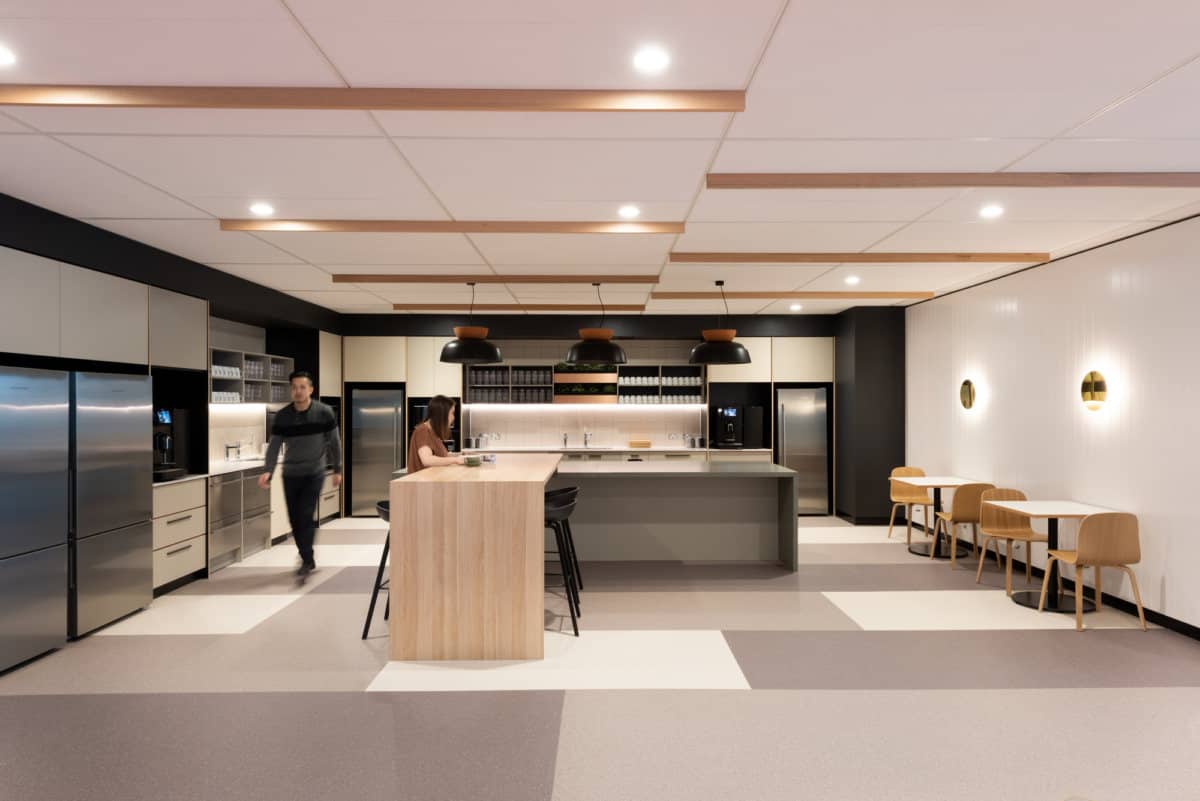 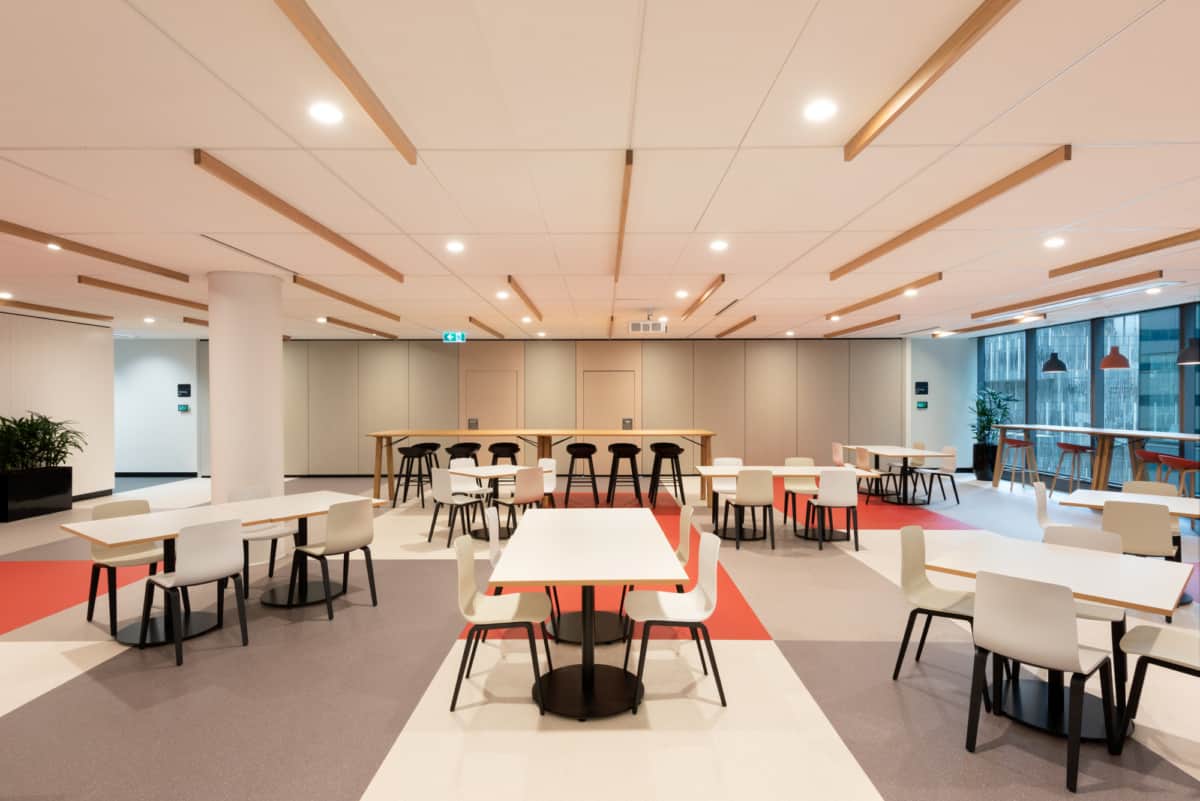 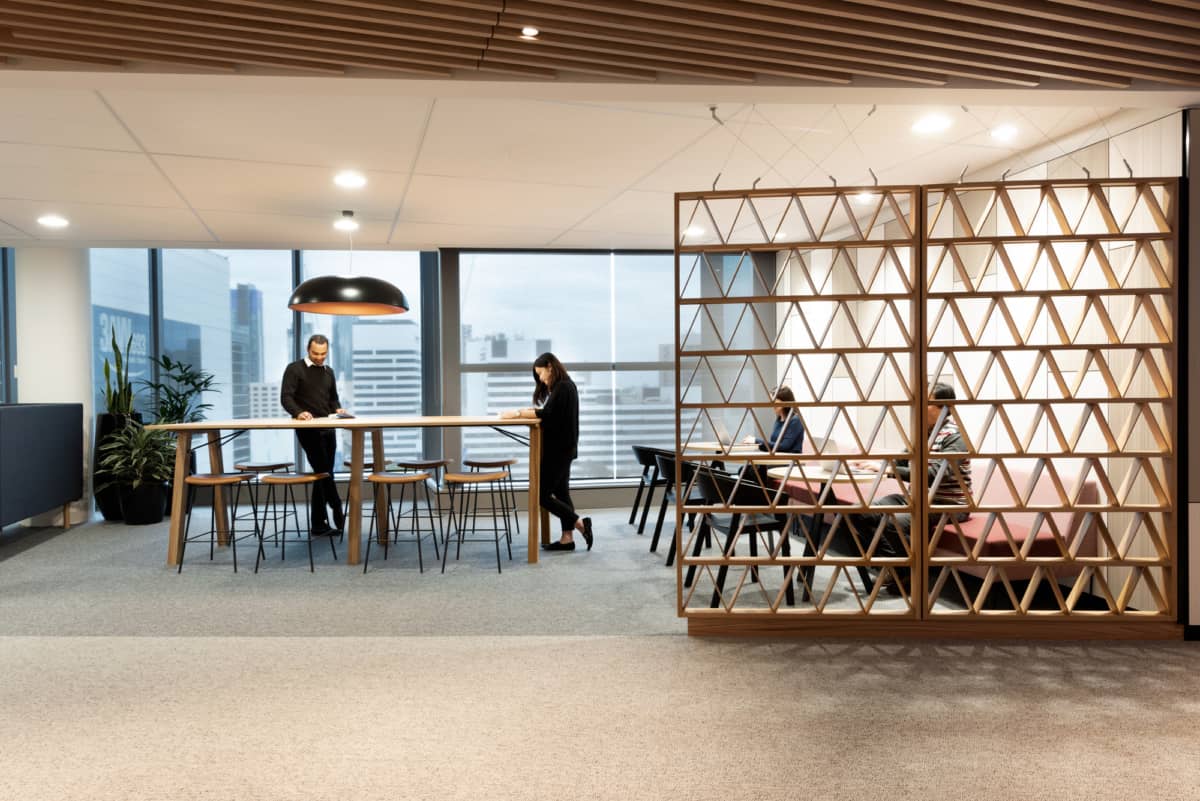 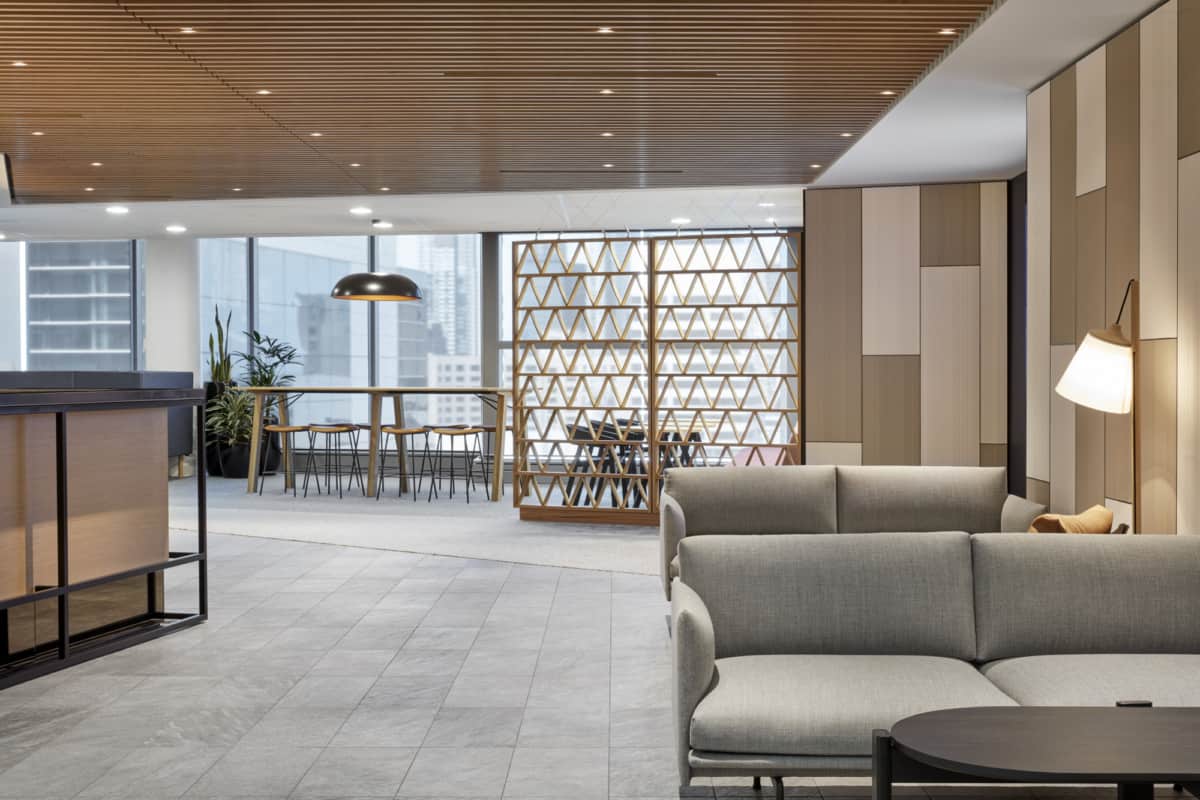 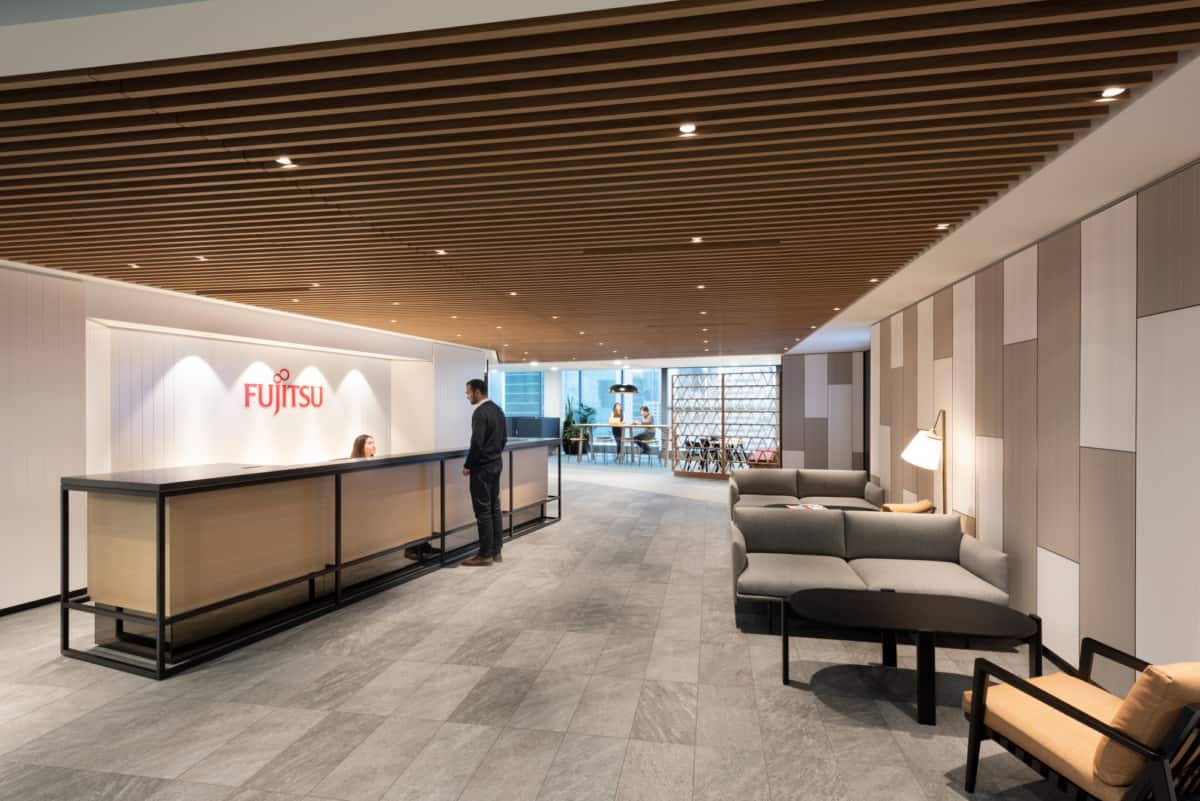 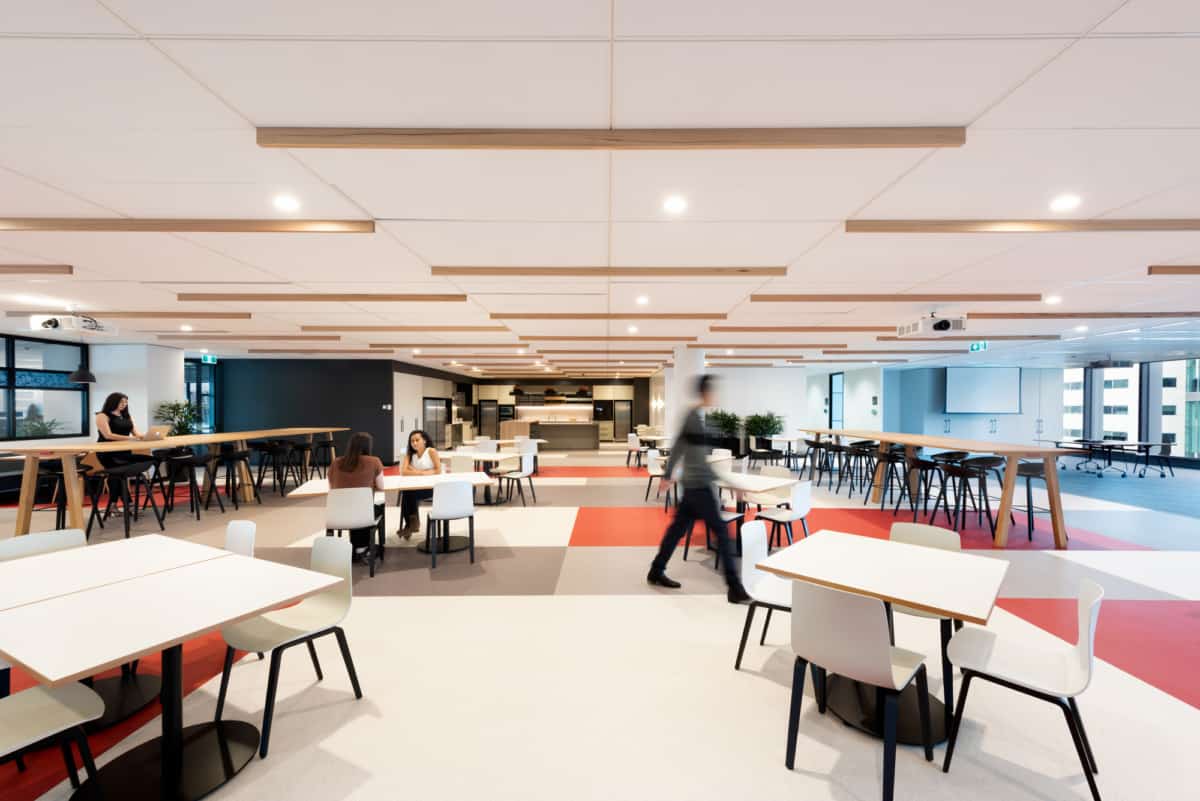 In the heart of Melbourne, Australia, a new international office for the Japanese company Fujitsu was recently completed by design teams at Billard Leece Partnership with the goal of blending visual, spacial, and decorative elements from both countries.

The well known global technology firm wanted to build a space for their employees that bears recognizable details from each nation’s style, culture, and history, but also feels cohesive within itself in order to keep things comfortable and easy to concentrate in. Designers wanted to create a scheme that harness’s the company’s international value of “One Fujitsu” while adding a bit of an Australian flavour into the mix for the sake of familiarity.

Melbourne is a city that is already quite known for its slightly European influence architecture and styling, which gave designers something quite unique to work with already. The result of this and Japanese concepts of tech access and clean minimalism was a clean, crisp, and slightly understated sense of contemporary styling. Readily apparent quality can be seen in every material detail and finished surface.

Another point of decor inspiration from Melbourne itself was the way that city is organized. Laid out in a grid-like fashion with notorious laneways interspersed alongside main streets, the city’s structure motivated the way designers incorporated pops and streaks of colour throughout different activity zones that other was look quite urbane, refined, and neatly organized.

Fujitsu and their Japanese roots are heavily featured right alongside the decor elements that were inspired by the office’s location. The company’s signature red hue is woven through out the space like a highlight in a fabric, accenting furniture, decor details, and joinery. The presence of bright red serves as a link to the brand’s international status while still keeping the headquarters’ space authentic to its local character.

At the same time as designers aimed to keep Japanese roots and local Melbourne influence enmeshed into their office layout, they also wanted to incorporate the key values of the company itself (beyond just the colour red). The offices, therefore, pay utmost respect to environment through the use of sustainable materials at the same time as they exemplify leadership in innovation through the seamless and accessible integration of cutting edge technologies in the workplace.

Overall, the finished offices present a flexible and adaptive workplace that offers employees of all kinds spaces that are optimized for collaboration, independent focus, client engagement, and workplace community, depending on one’s needs. Each space is equipped with the latest technology, making the office a space of good information flow and interpersonal connectivity.