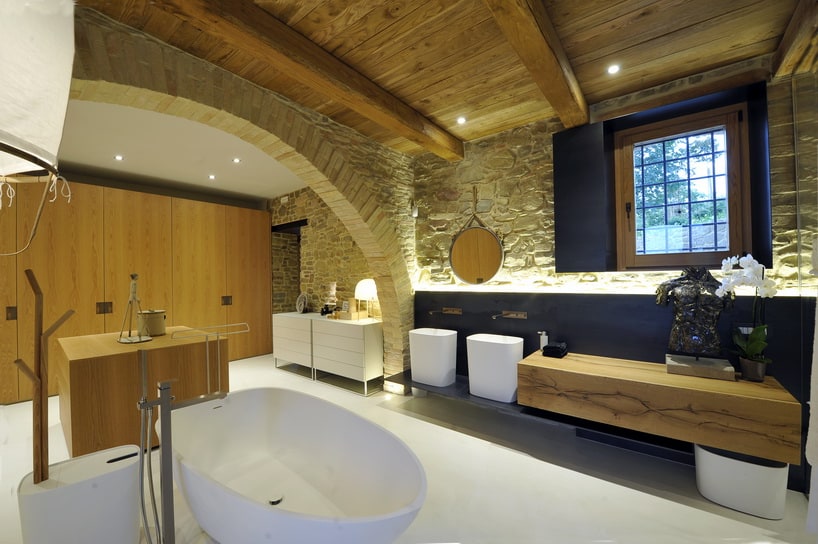 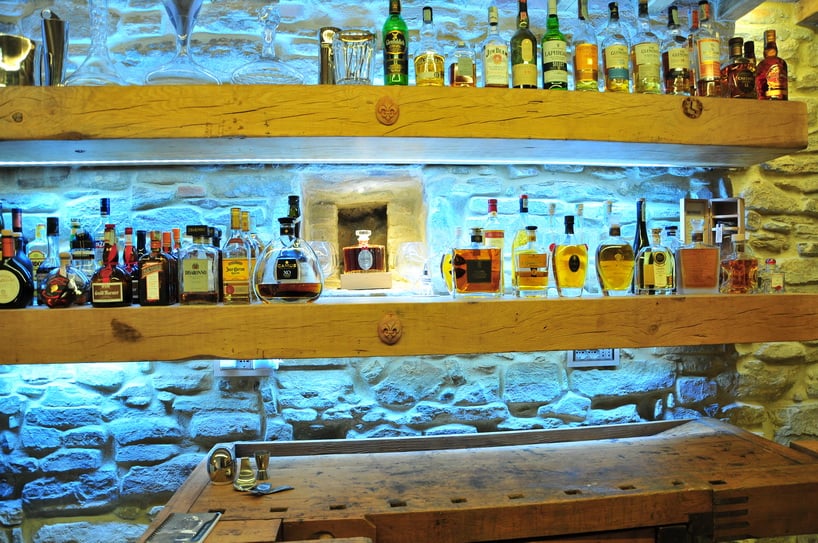 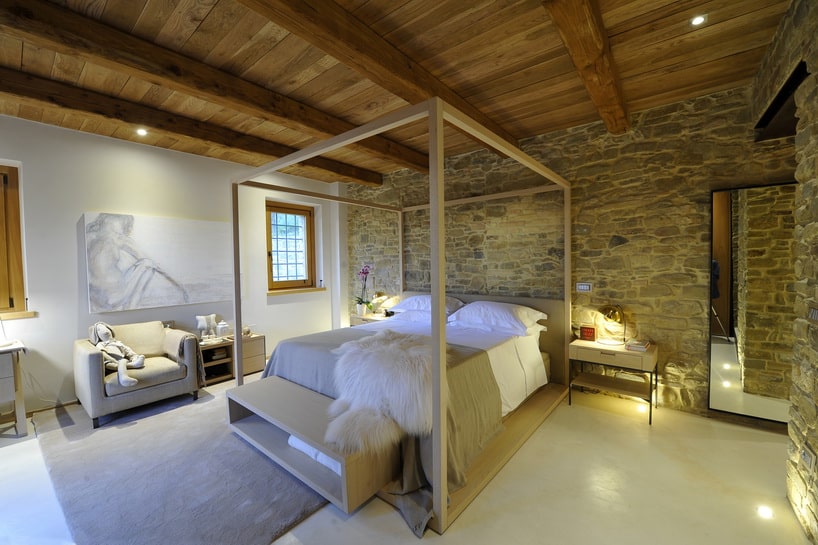 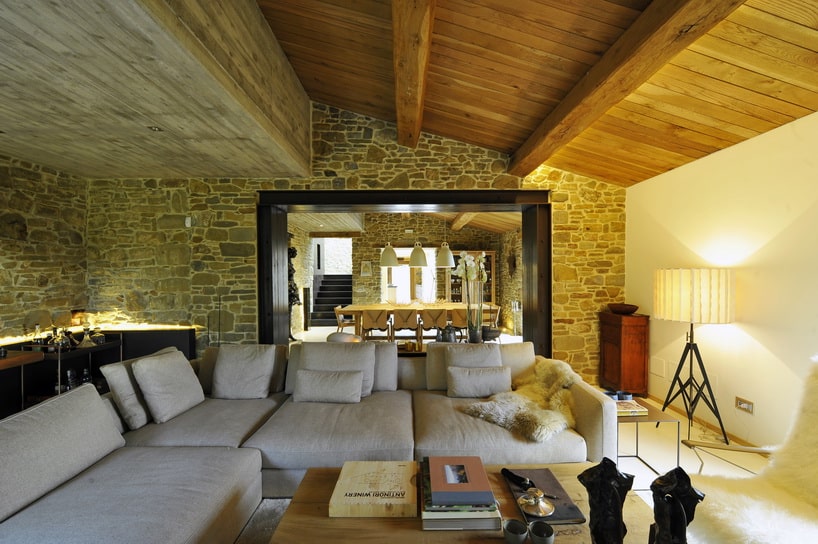 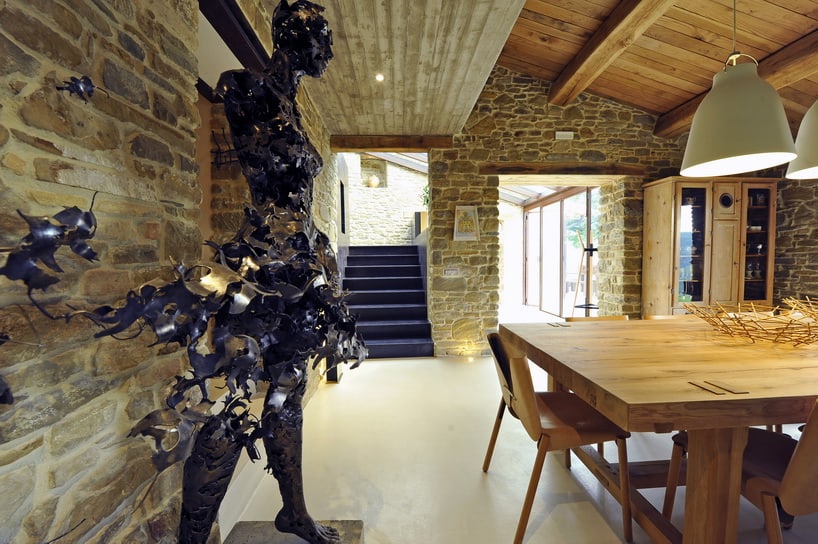 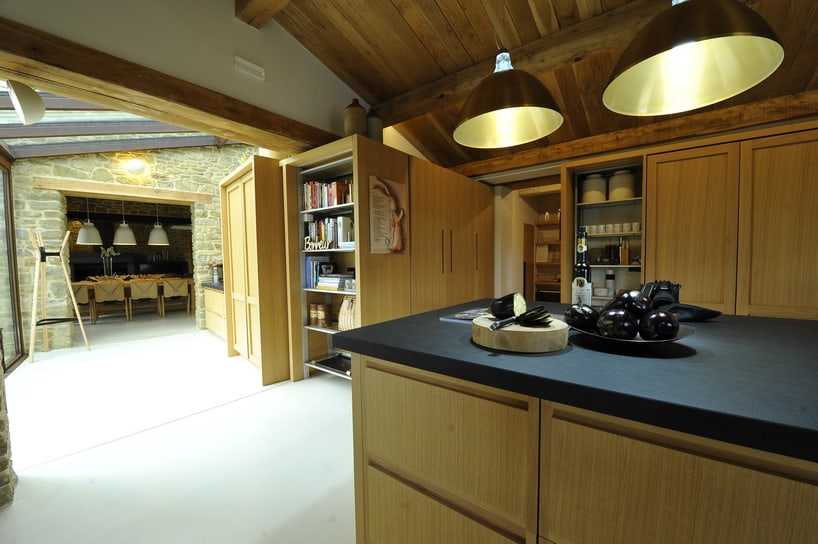 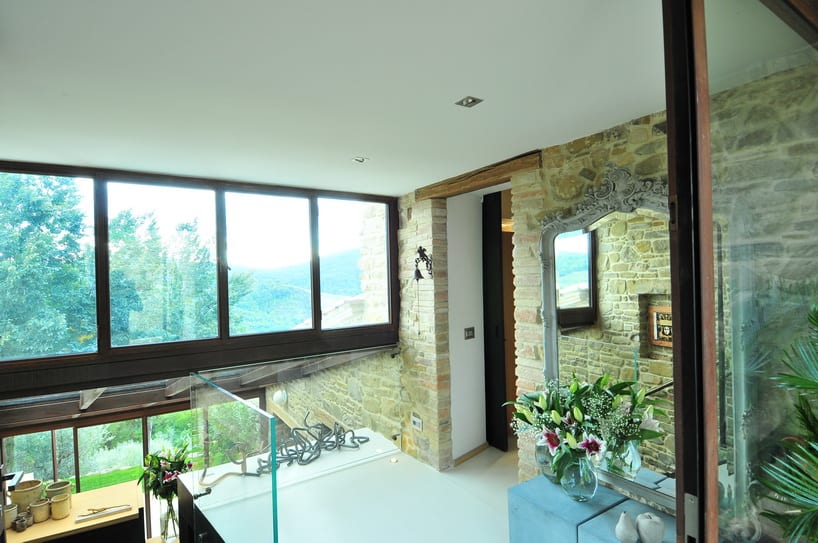 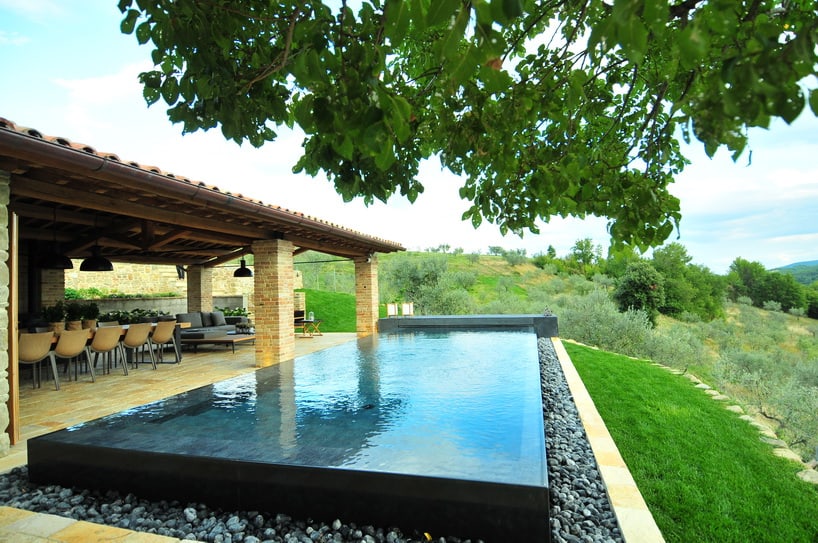 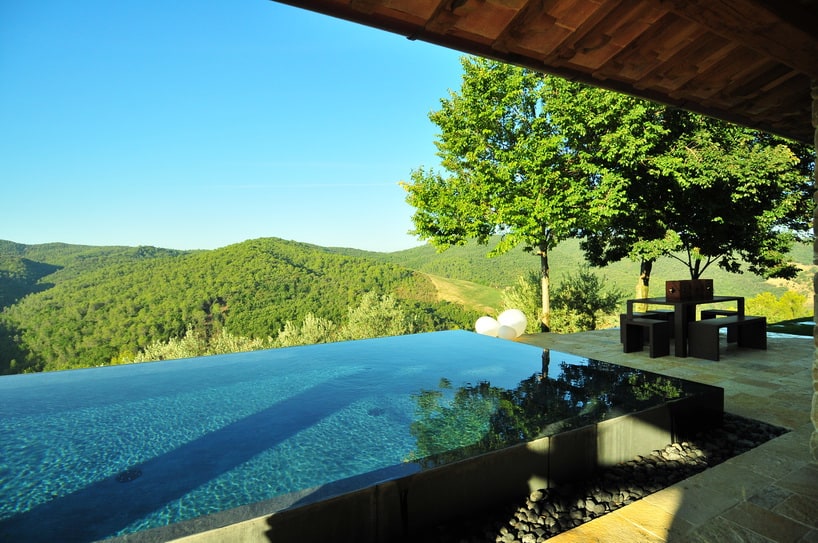 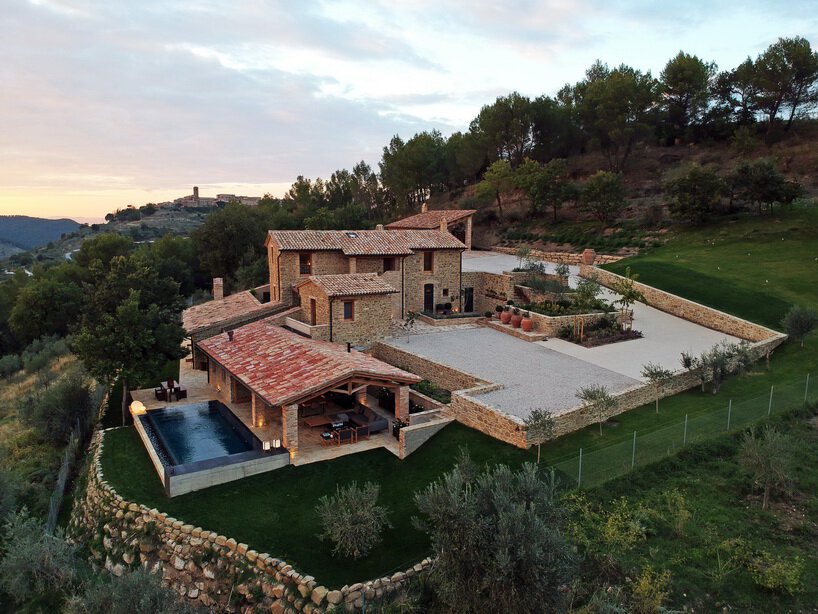 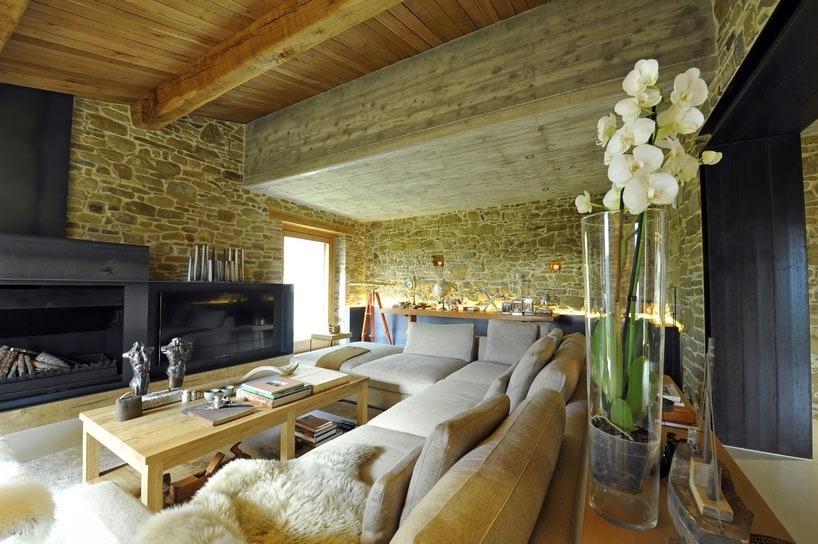 In the luscious valley surrounding Umbira in Italy, architectural and design teams at Nico van der Meulen recently transformed a 12th century guardhouse into a charming family farmhouse with a sense of historical charm. The Stone Guardhouse is a beautifully sprawling blend of traditional local culture and modern living.

Once a defence fortress in the area, the Stone Guardhouse is now a breathtaking luxury family residence in the Umbrian valley. In order to pay proper homage to the history of the building and its local area, designers kept the basic structure of the building largely untouched, maintaining its original facade as best they could as well except in places of great wear.

Part of the reason designers sought so strongly to leave the Guardhouse’s structure as authentic as possible is its proximity to ancient Roman ruins. Heavy construction on one historical structure might affect the safety of others close by as it change the traditional visual fabric of the area. In fact, approval processes for the plans for this project, which was as un-intrusive as possible, took almost three years to complete!

In the end, a few minimal additions were approved but they were kept conservative and topical. Even so, these offered designers an opportunity to provide certain inner areas of the new farmhouse a little more light. Architects were also able to open out a connecting courtyard between the two main buildings of the Stone Guardhouse, near which parts of a brand new kitchen sit.

This courtyard became the home of a stunning lanai where a comfortable swimming pool stretches. Where these new areas were created, interventions were done in a way that kept design and construction teams mindful of the local history and sensitive of the building’s context.

Another addition was added not far off in the form of a pleasing looking steel staircase. This sits in a spatial void and provides a simple physical link between the ground floor living areas, where the flat-roofed kitchen sits, and the upper area featuring a master suite, guest bedroom, study, and even a painter’s studio.

All across the Stone Guardhouse’s facade, the building received some maintenance care to keep it in good condition so it will last. The original stonework where wear and tear had taken its toll over time was carefully rebuilt (and the same was done for the bits of stonework in the interior as well). In any places where new stone was added, teams took care to source it un-intrusively from the immediate area, keeping the facade and general structure in proper context regarding history and locale.

Where possible, the timber trusses and beams stretching across the interior wooden ceilings were recycled and repurposed. The contrast between the fresh wood and the old stone creates a comfortable and warm atmosphere at the same time as the visual style is quite eclectic and full of historical character. Black steel and raw concrete enhance the sense of a soft, natural palette.

The furniture and art pieces that were carefully selected for the interior spaces follow the same colour scheme. This was intentional in order to create a sort of cohesive sense of calm brightness throughout the entire stone building. Overall, the project was completed with respect for history and patience with the need for care and authenticity.

The Summit by Habitat Studio & Workshop

In and Out Living by S A K Designs