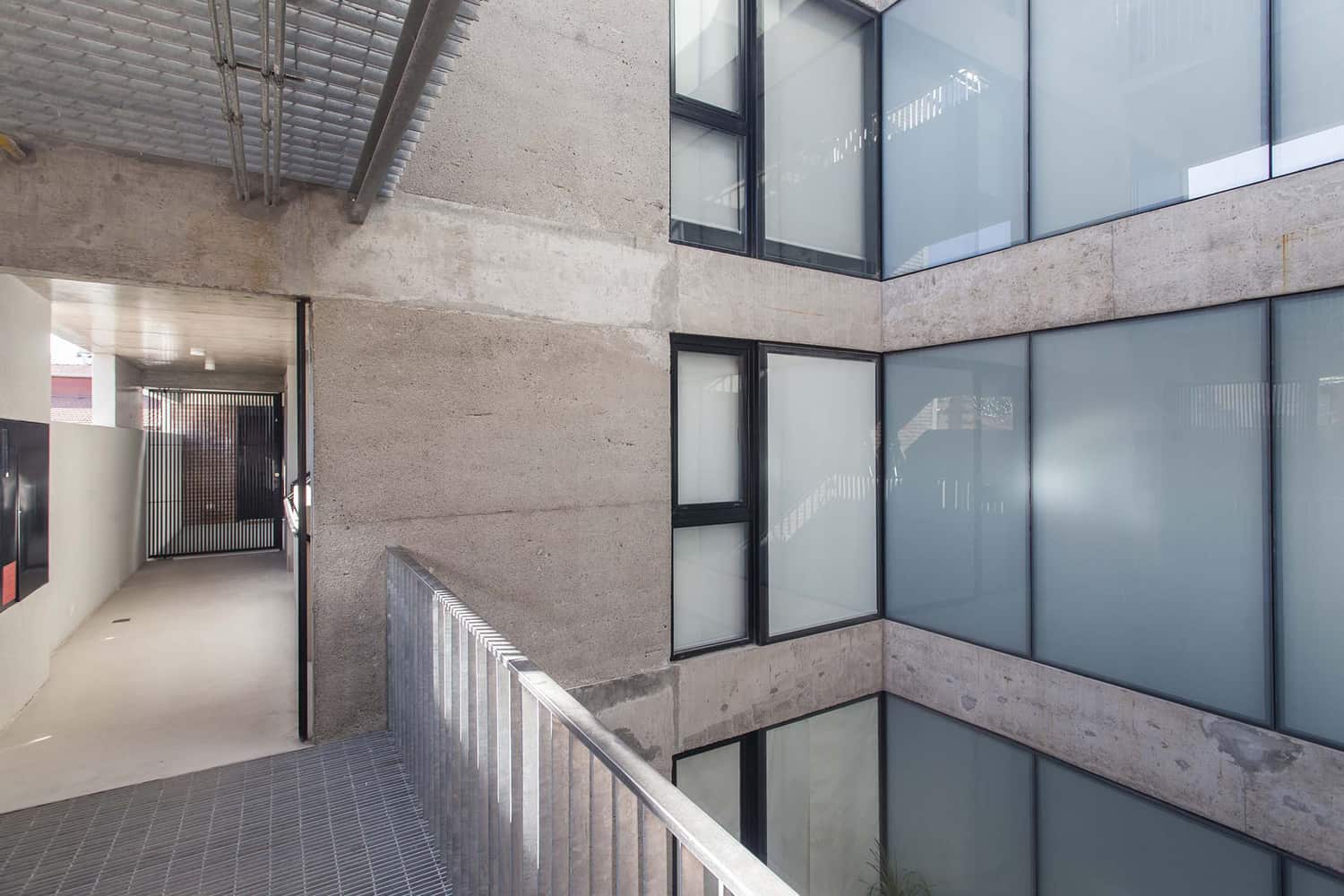 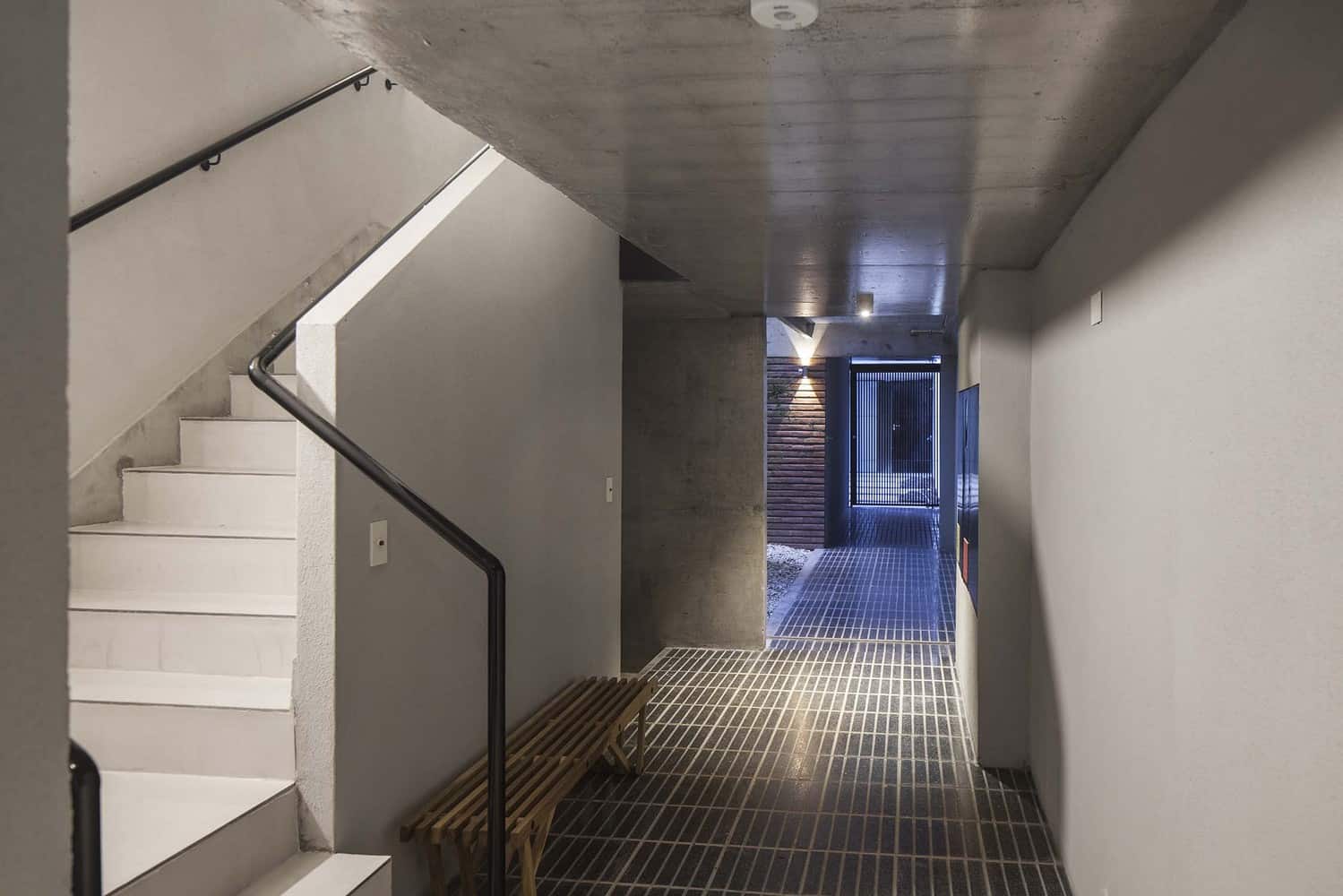 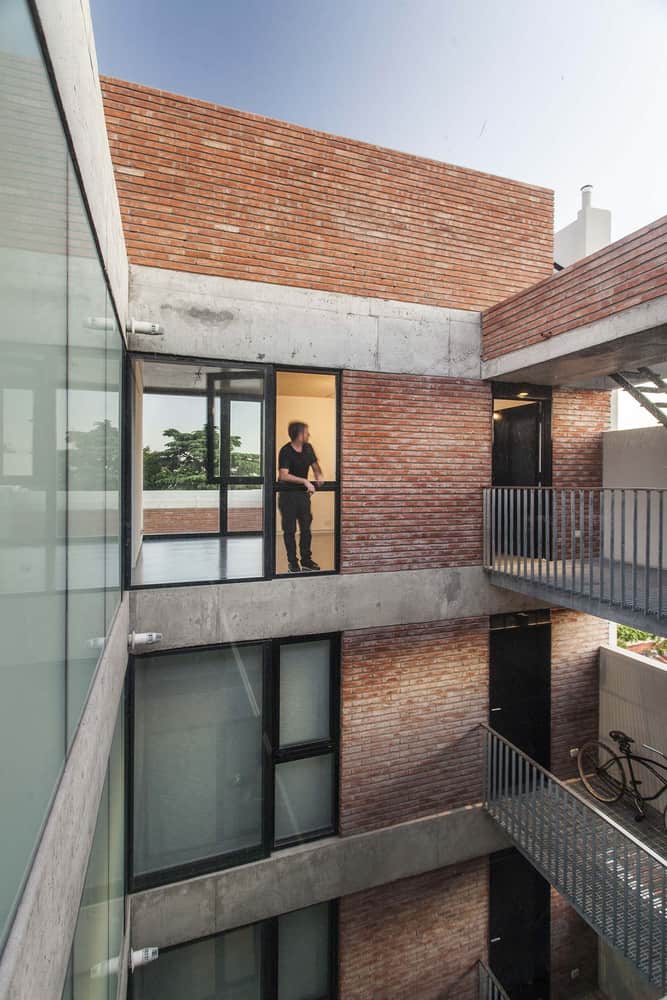 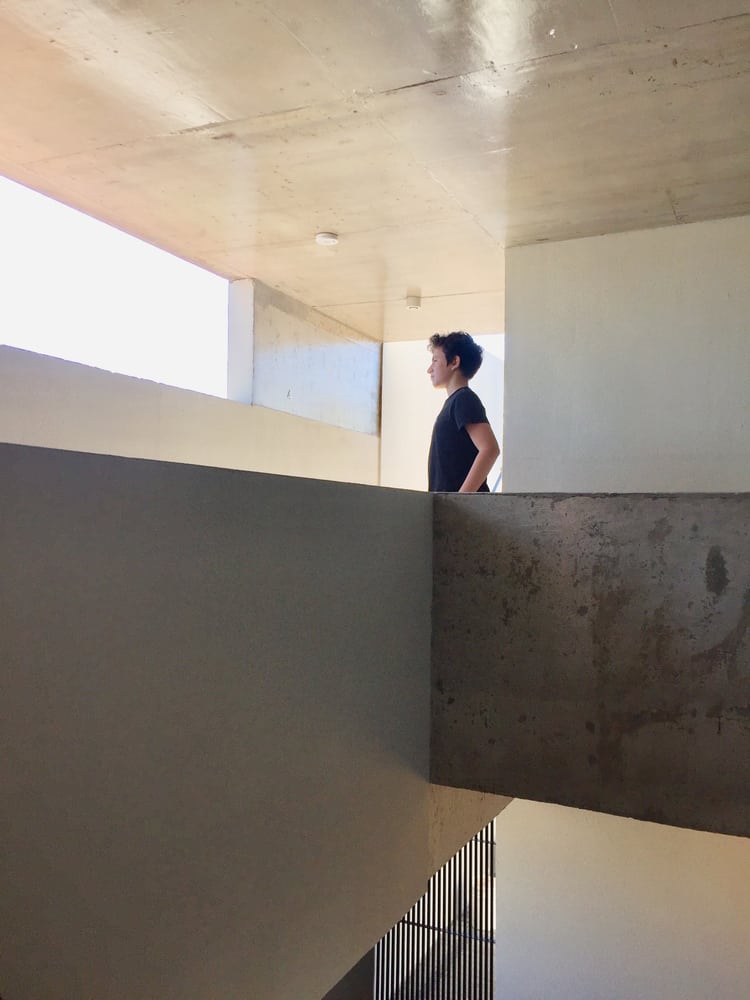 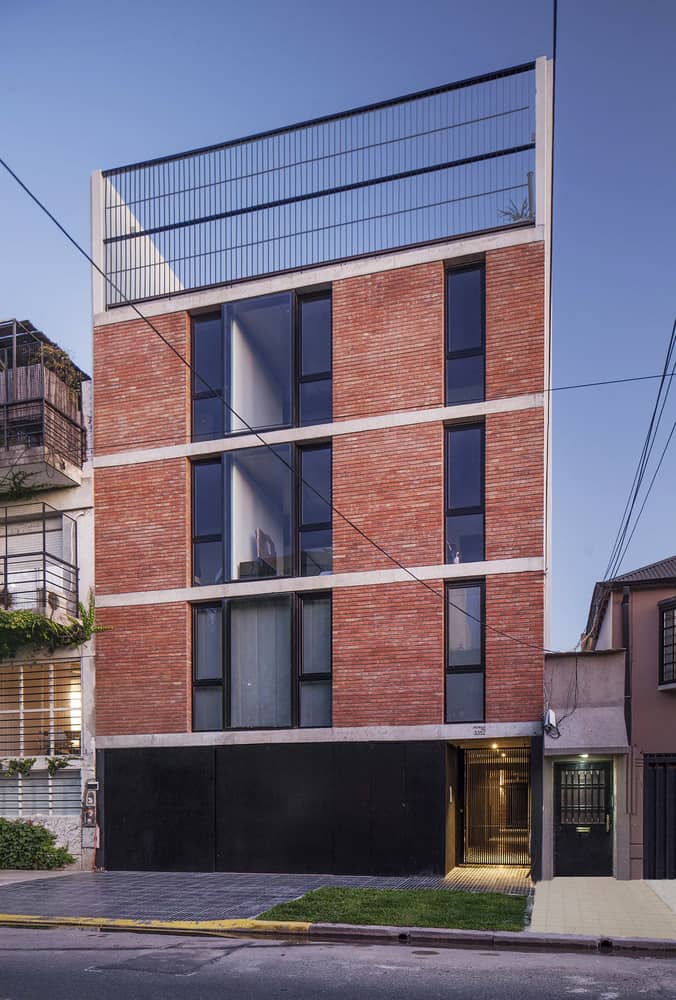 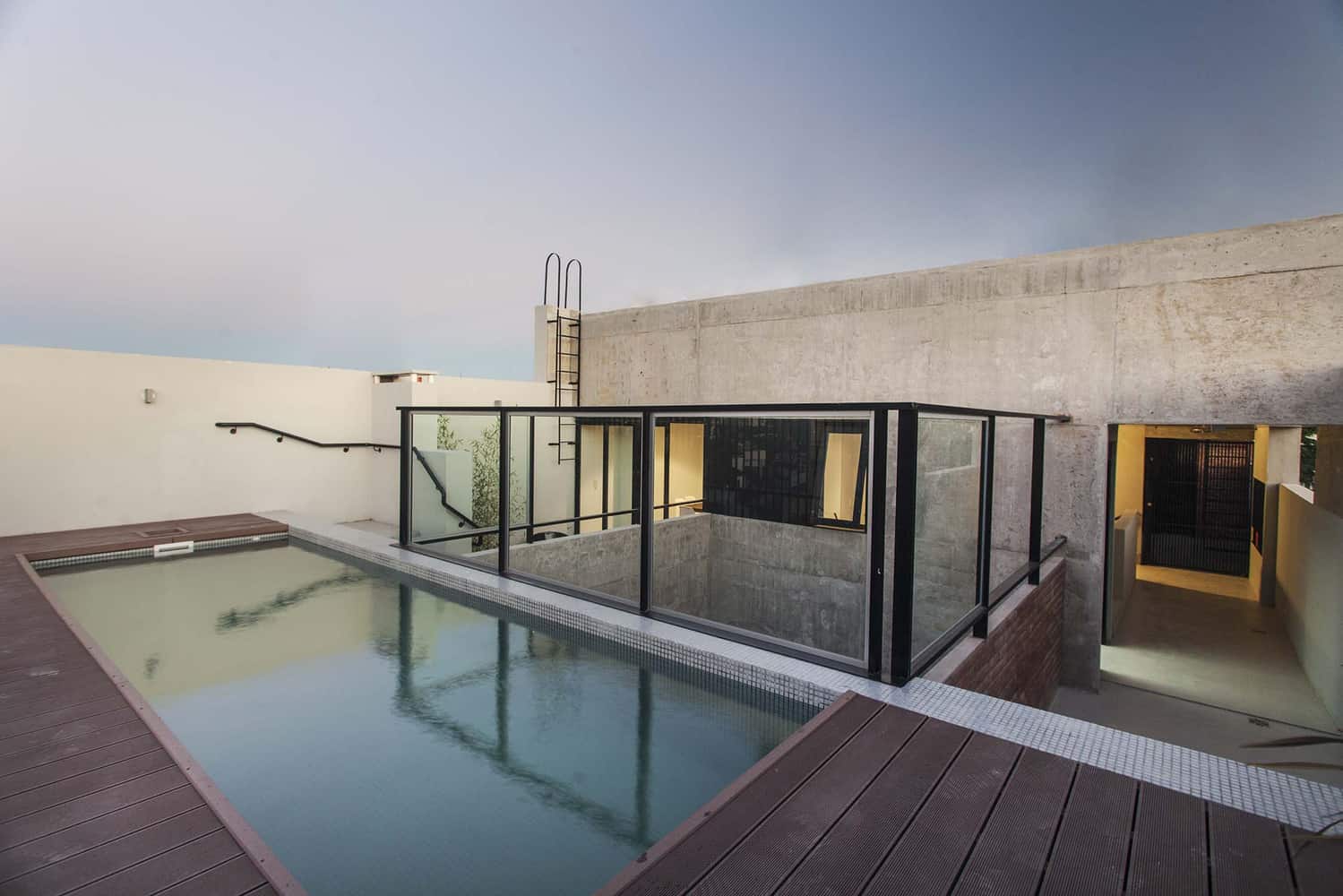 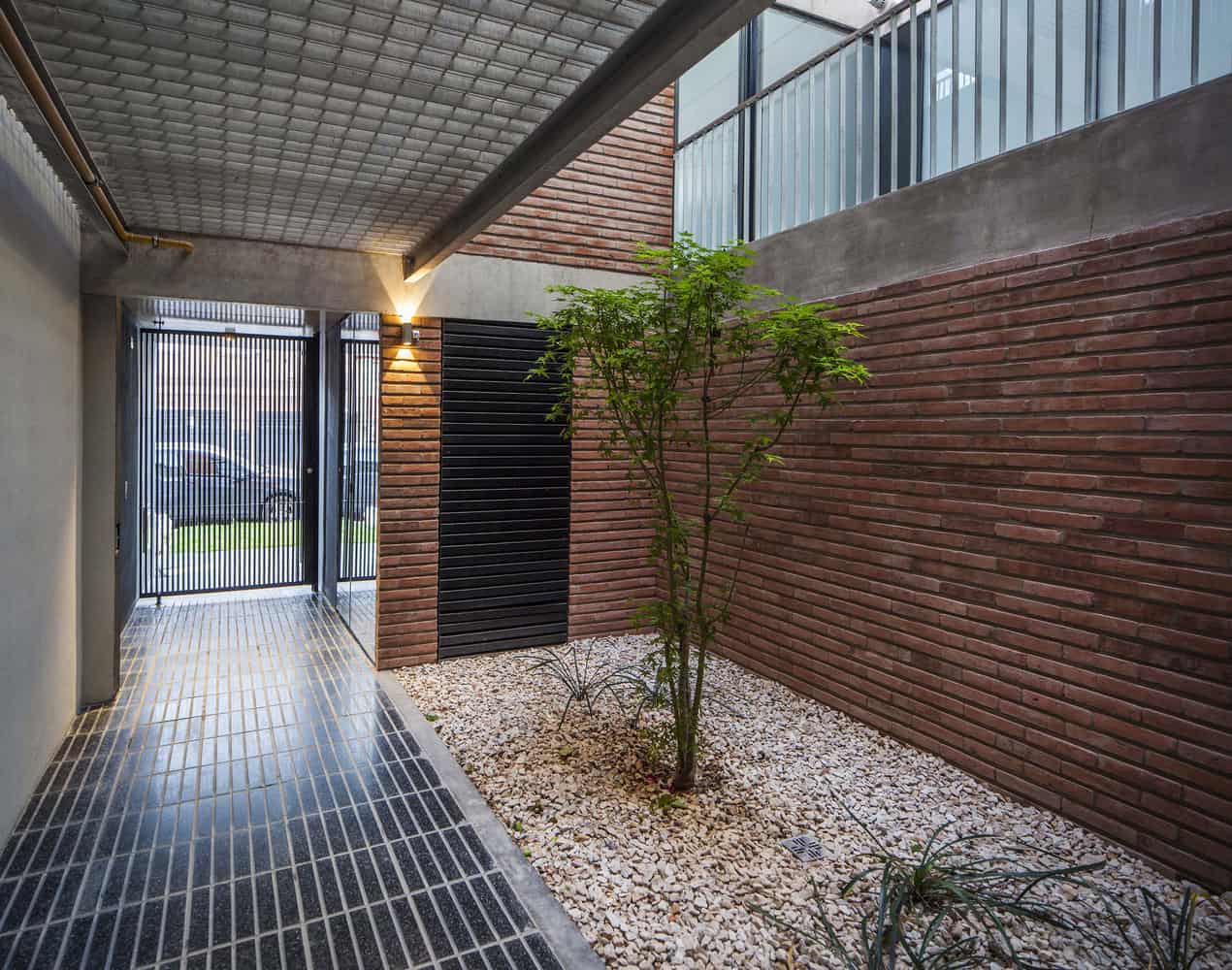 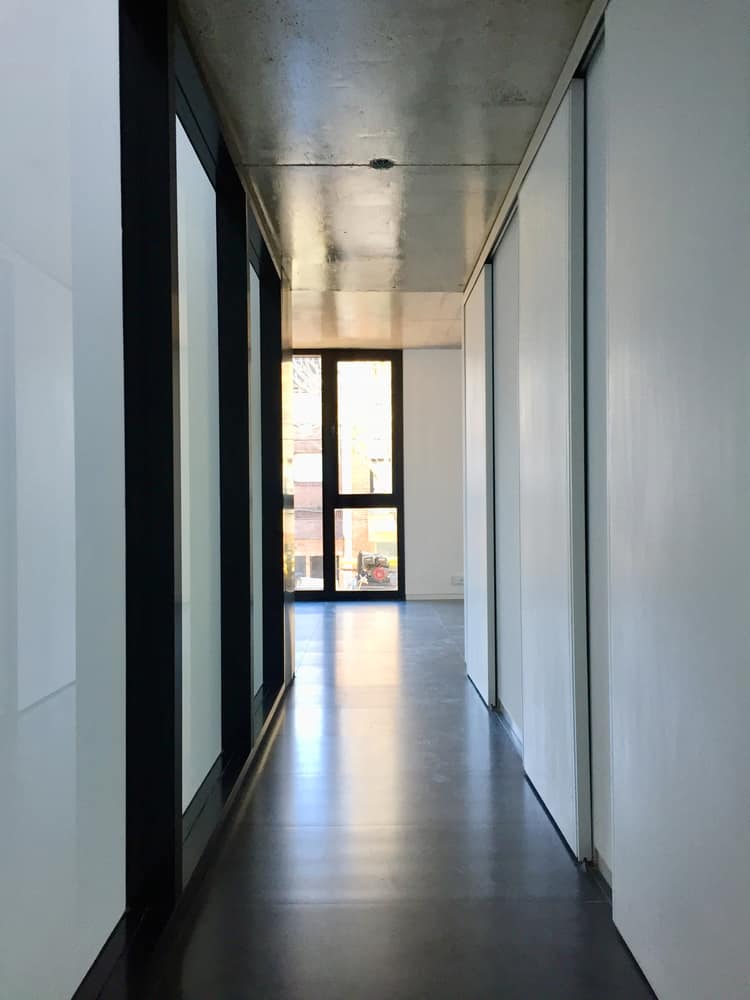 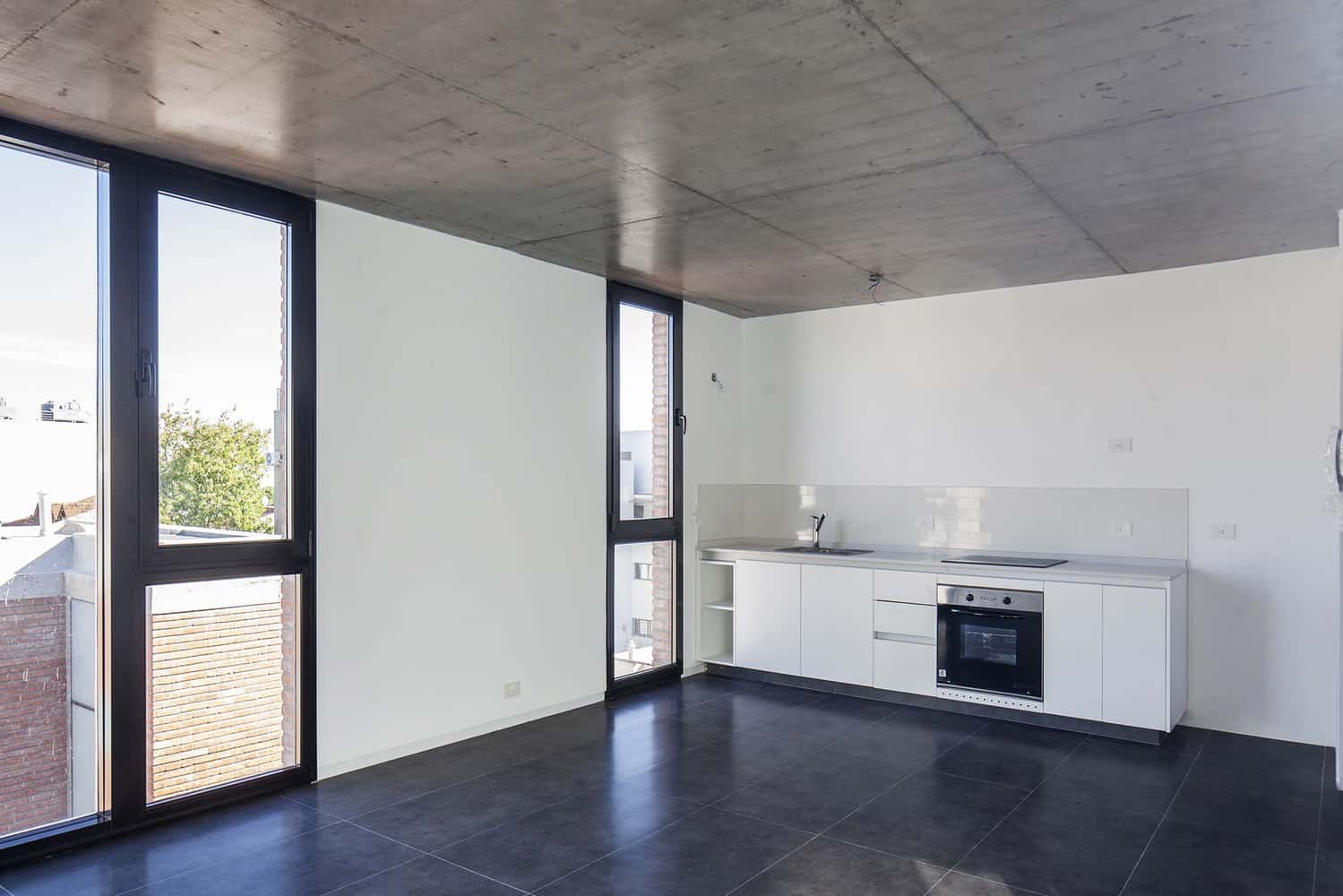 Located in the Coghlan neighbourhood of Argentina’s city Buenos Aires, a unique apartment structure called the Pedraza Building was recently completed by A3 Luppi Ugalde Winter with the goal of making the most of a small urban space in order to benefit several families at once.

From the time of its conception and original plans, the Pedraza Building was intended to house an entire set of multi-family homes right in the same space. By challenging traditional ideas of who can share what kind of space, how homes might be organized, and how private and public spaces might coexist in more shared context than usual, these designers built a home building that’s contemporary in many more ways than just how it looks. Despite being home to more than just one family, creating an interesting blend of dynamics in an already unique home space, this building is actually incredibly homey. It is simply an adjustment when it comes to transitionary spaces and participatory relationships outside of just the standard family unit, but not so closely co-existing as live-in roommates might experience.

The building is organized and conceptualized around ideas of community. Its structure rises up around a common space in the middle that serves as a sort of nucleus, with transitionary hallways leading from there like circulation spots. At the ends of these is where the private areas, those where the different families sleep and customize their own spaces, can be found.

This unique organization makes one feel as though they inhabit more than just heir own small apartment. Instead, they joint occupy the entire building together. This is true from the welcoming lobby space on the ground floor all the way up to the shared leisure space at the very top of the building, on the sunny terrace.

The space we’ve touched on that sits on the ground floor is organized into two essential areas. There is a main shared housing block at the front bottom of the building, with an individual house for a single family at the back. The main house portion extends upwards, splitting into seven different units, comprising the varied “multi-family” element of the residence.

The first, second, and third floors feature two units each, but the fourth floor is slightly different. This floor is shared by two units that face each other with a building-wide shared terrace sitting in between them. Back on the ground floor, the individual house portion is designed with maximum space efficiency in mind.

The reason for this part of the home’s conservative spatial footprint is that designers wanted to leave as much space in the plot for outdoor spaces to be enjoyed by all of the building’s residences, The space that is not taken up by units and the individual house is now home to front and back courtyards that offer an impressive amount of privacy and respite.

The placement of the courtyards, which sit as a kind of inner portion of the building despite actually being outdoor spaces, is modelled after classic ideas of colonial housing from the beginning of the century. In these old houses, courtyards were the heart of the house, acting like a sort of central hub around which the daily lives of all members of the home were organized.

Because this building was erected much more vertically than those old houses, however, designers saw a need to maintain easy connections between units and all other common spaces. This is how the upper floor bridges came about! These bridges pass over the lower courtyards, acting like transitionary open air spaces that let copious amounts of natural light into the building’s core.

The materiality of the house is just as unique as the way it was built and organized. Keeping things natural looking but appropriate for its urban context, designers chose to create balance in the space by playing strong, opaque shapes against glass walls and transparent spaces that increase easy visibility and the flow of air and light.

All combined, the unique elements of the house provide a sense of fluidity throughout the building, both in terms of atmosphere and social interaction and spatial understanding. The building truly is an example of humankind’s ability to adapt their habits and lifestyles around and in partnership with each other to best suit the spaces they have available and make them feel the most like a comfortable home.

The Very Essence of Soho