Home » Dream Home » Montreal home La Cardinale renovated by L. McComber to bring it back to life after years of young kids and extensions

Montreal home La Cardinale renovated by L. McComber to bring it back to life after years of young kids and extensions 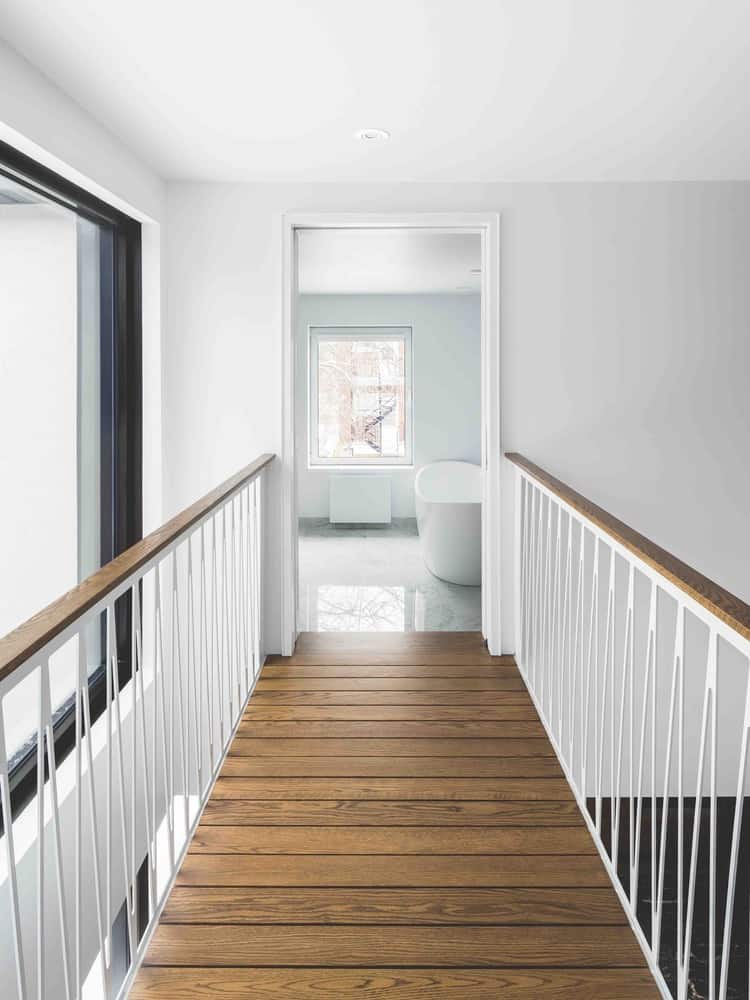 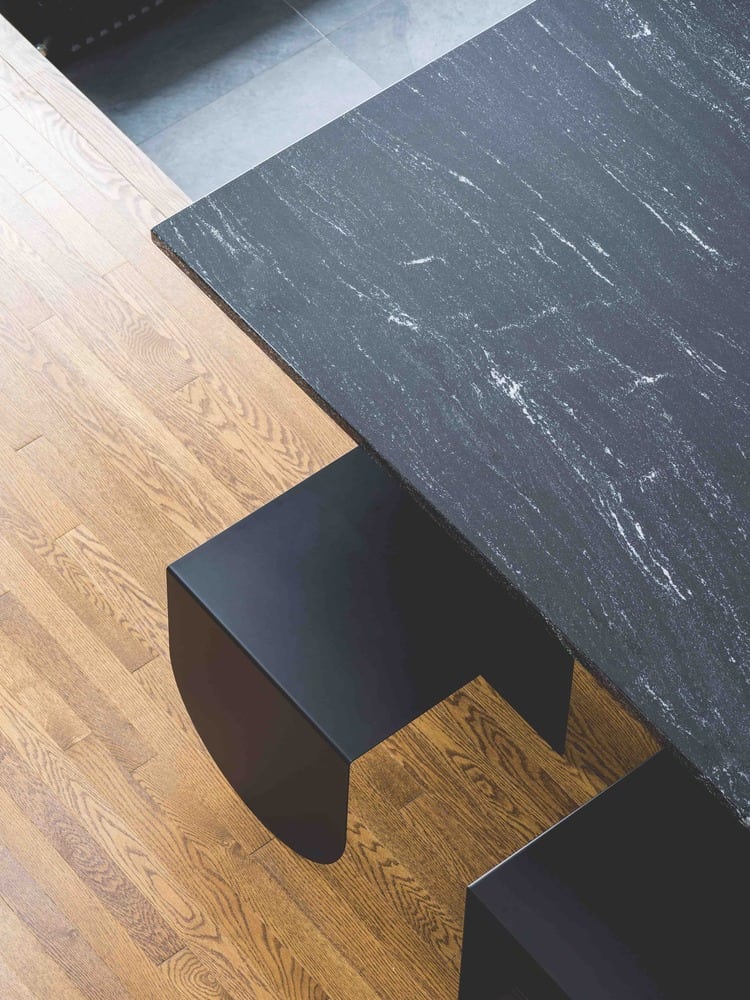 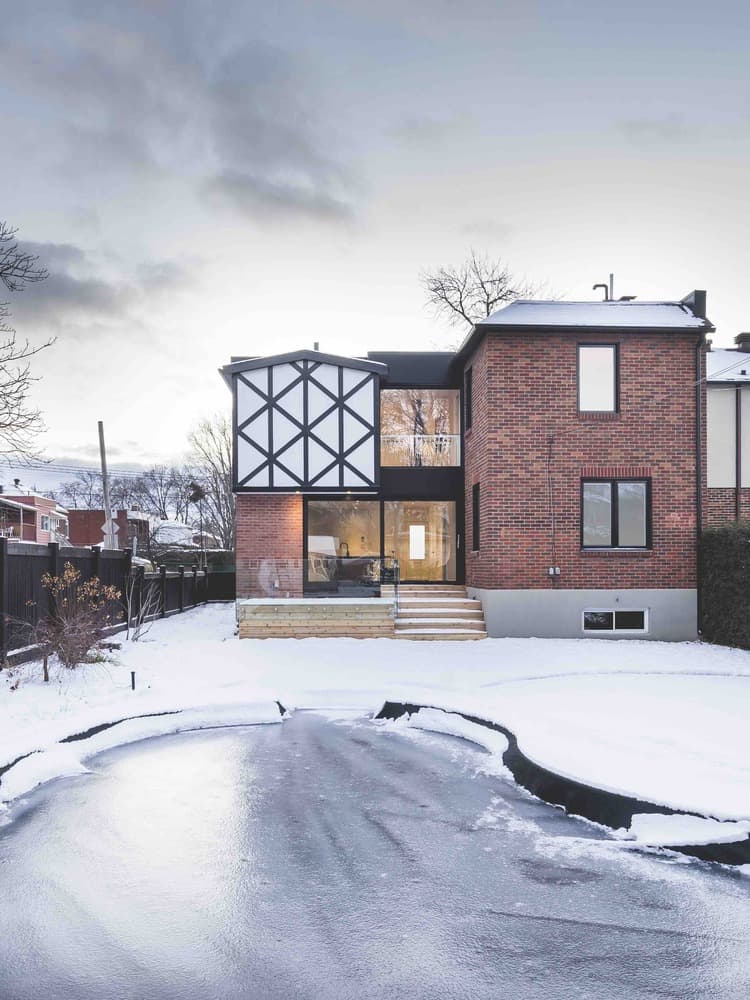 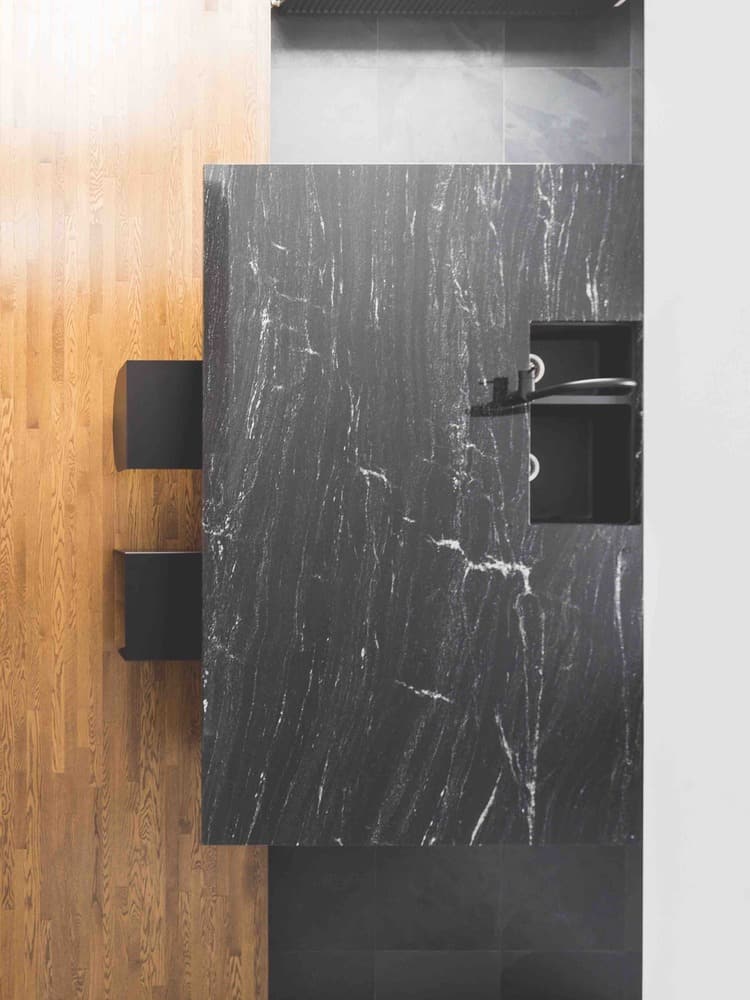 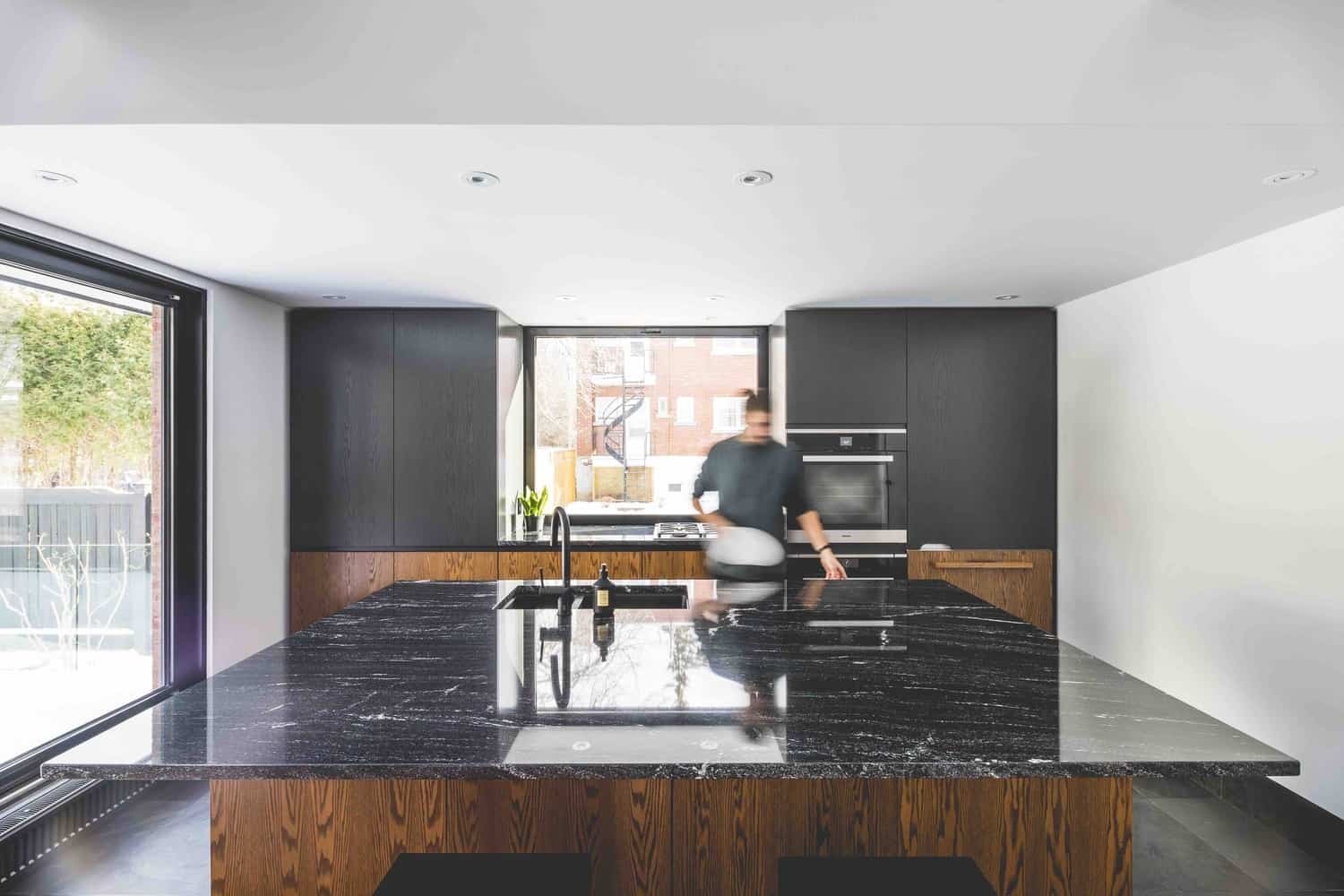 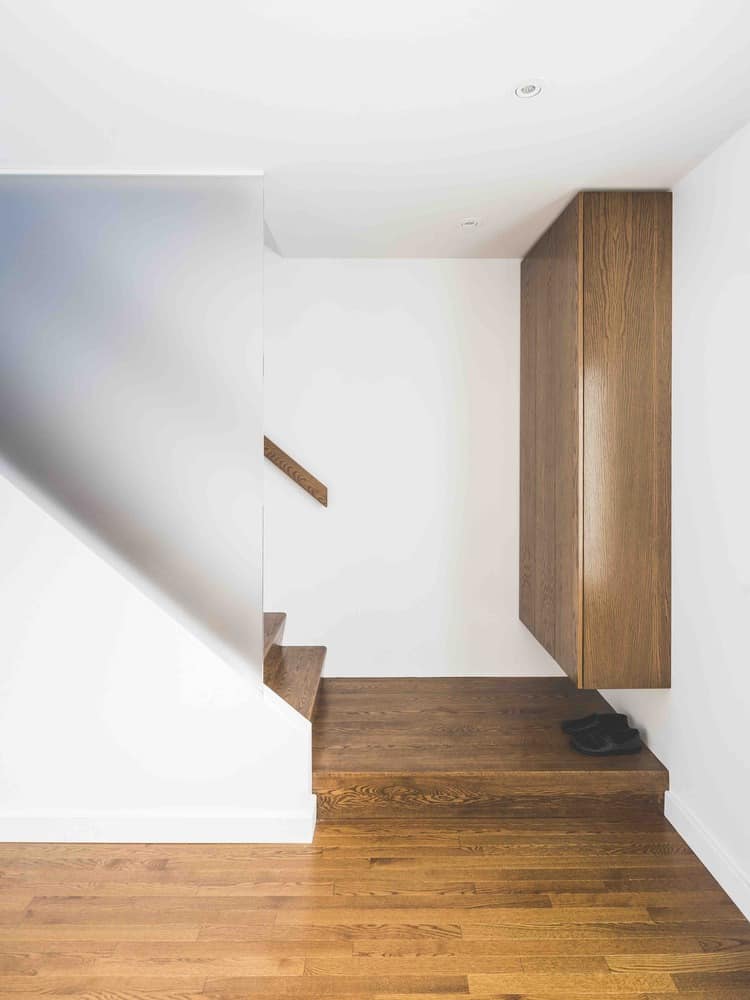 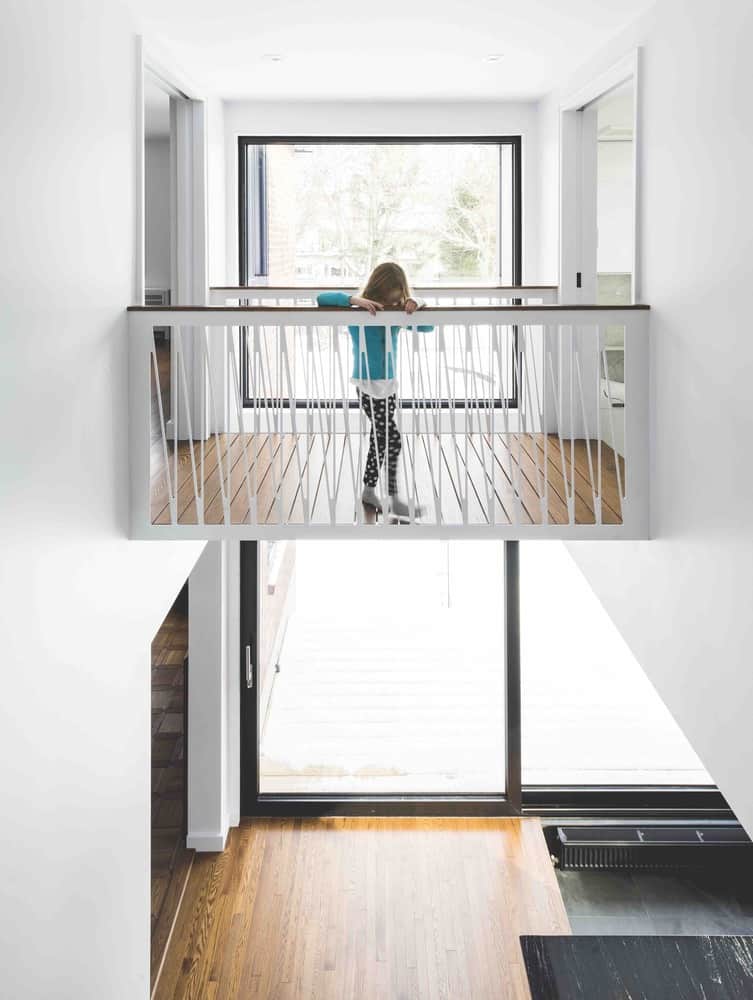 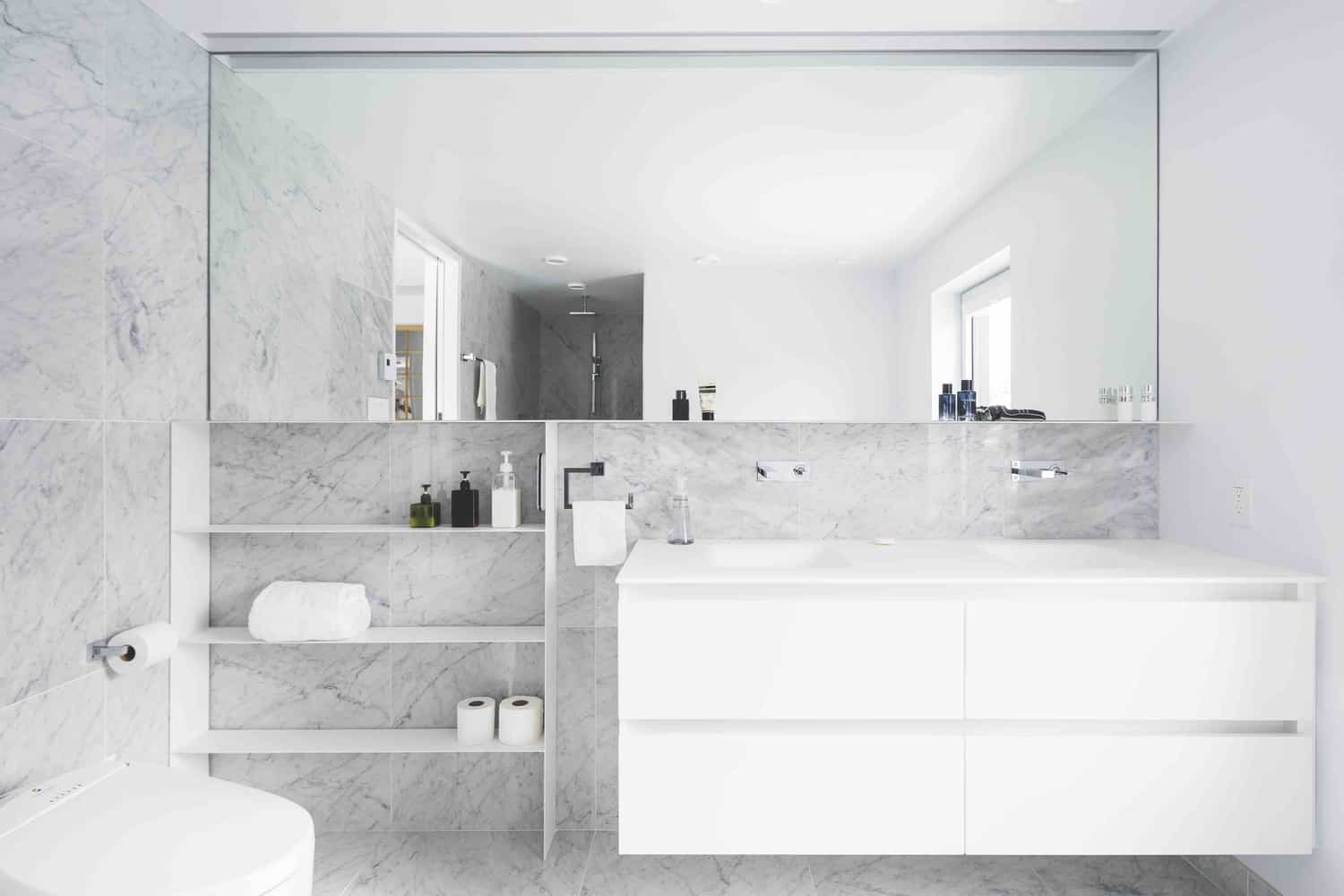 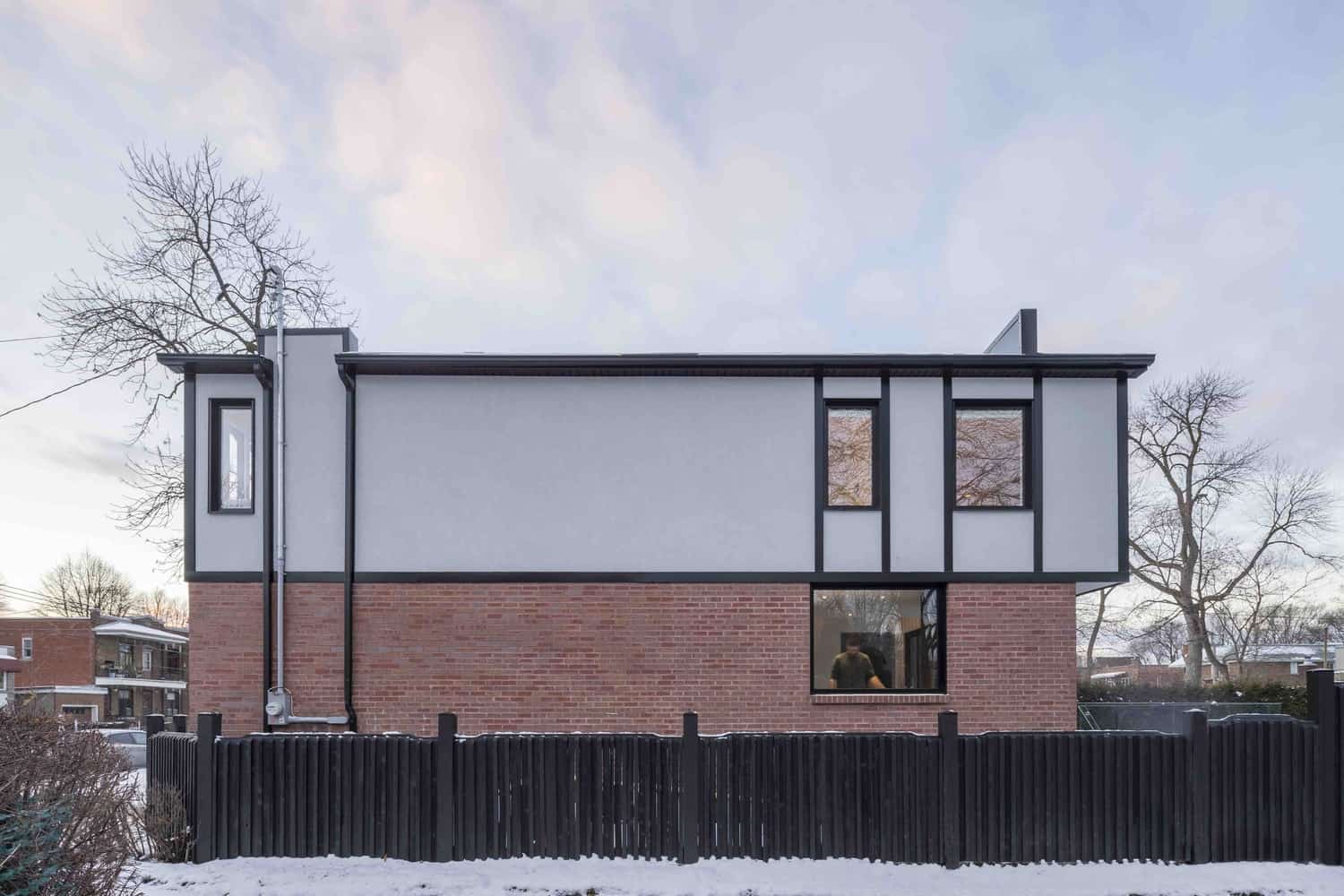 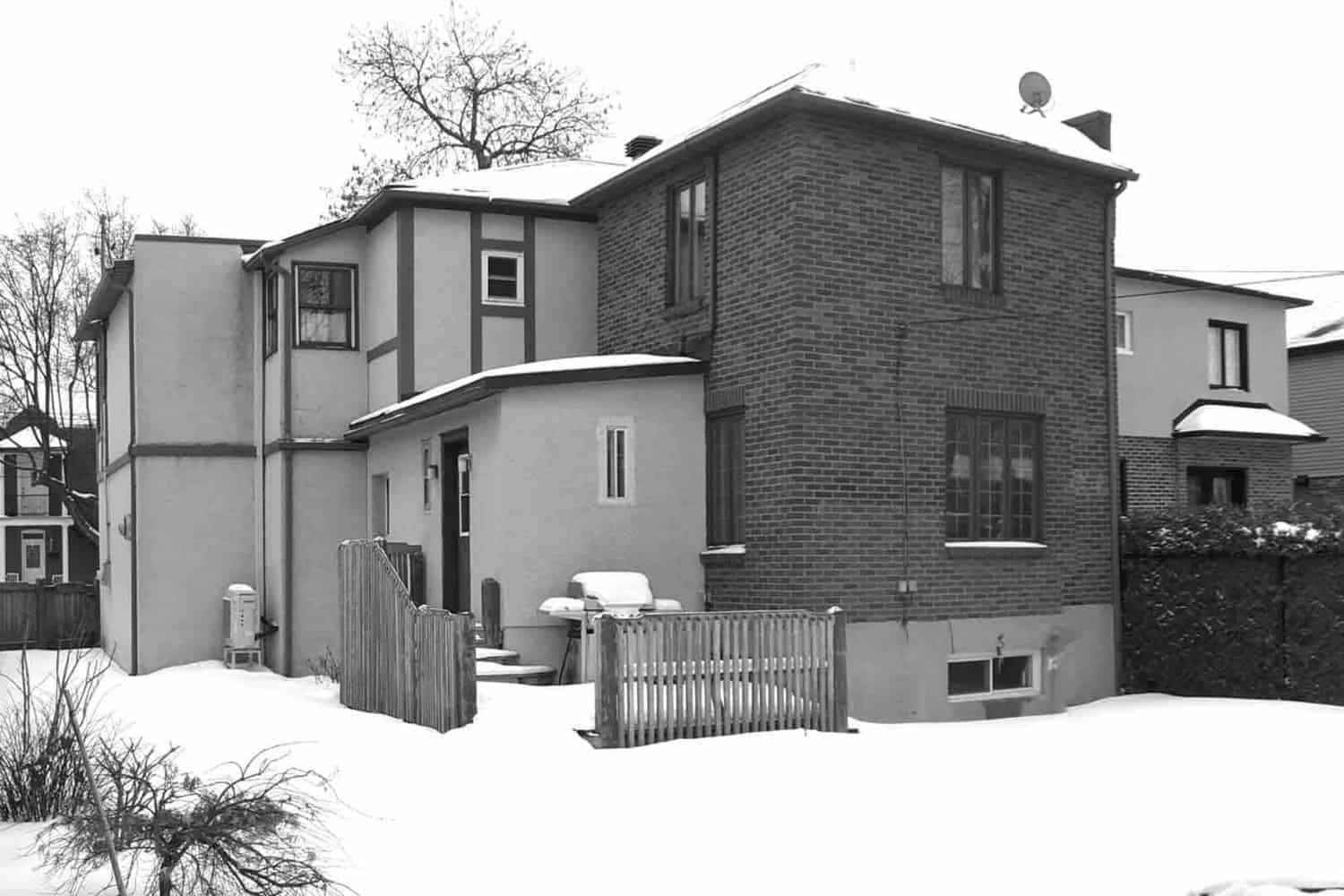 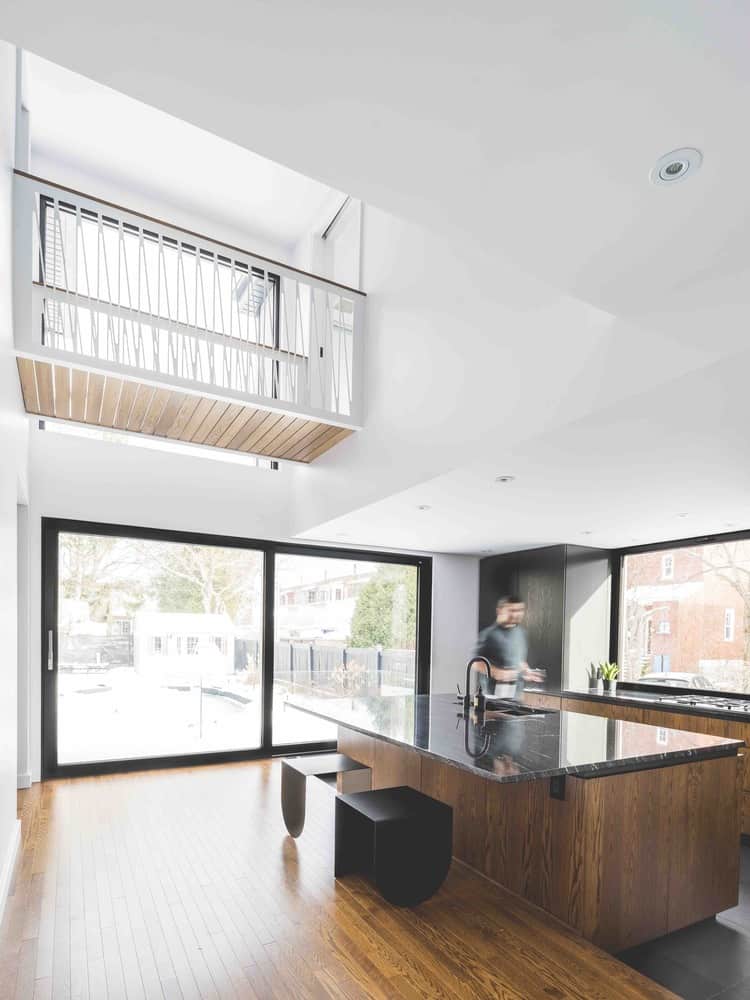 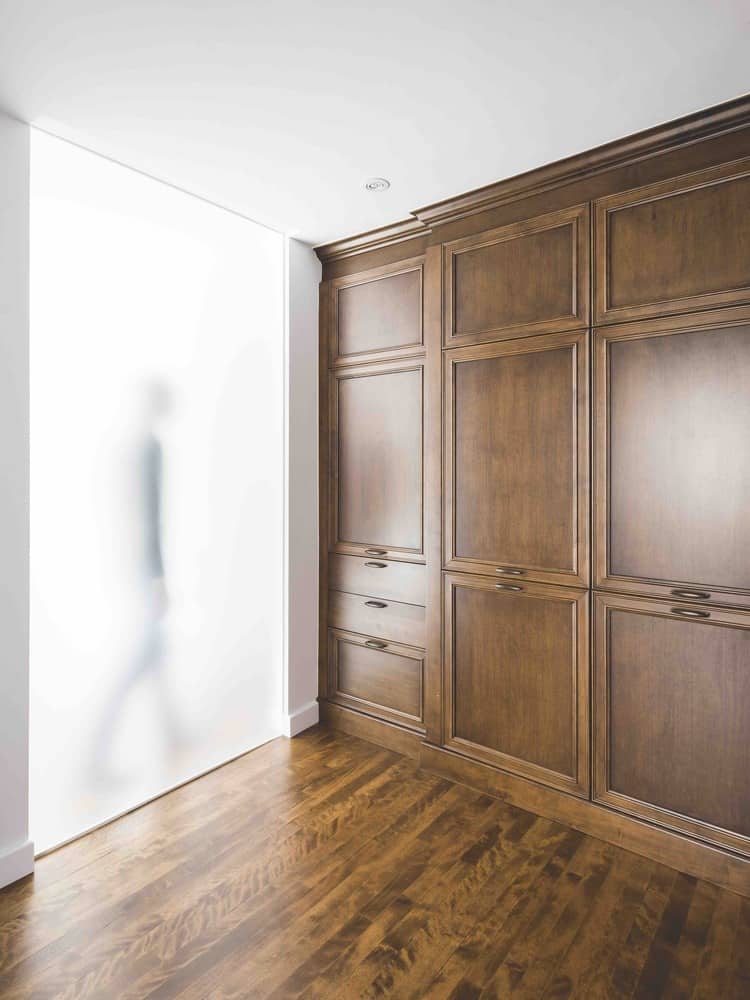 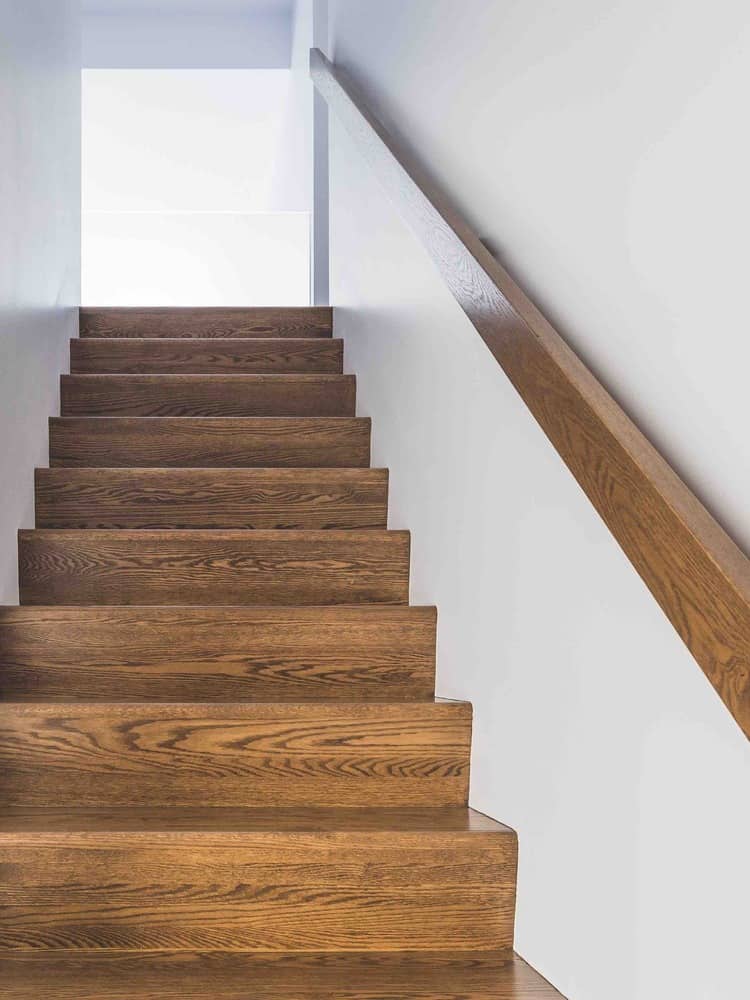 In the Ville-Saint-Laurent neighbourhood of Montreal, Canada, innovative designers at L. McComber recently completed heavy renovations on a semi-detached Tudor home called La Cardinale, bringing it back to life after years of loving wear and tear.

Originally built in the 1950s, the house was long a home for young families with many children. It underwent several extensions without update to the old, main house, limiting the light that enters from outside and causing a disconnect in aesthetic and materiality. Once the children of the final owners had grown up and begun lives elsewhere, the decision was made to give the space a completely new look.

From the start, efforts were made to preserve some of the original Tudor charm that came with the house itself. Sure, updating and a facelift were necessary, but elements of the facade were untouched and already stunning, so it was agreed that they would be kept despite other structural and aesthetic changes taking place elsewhere.

First, old, slightly more clumsy extensions were removed from where they blocked sunlight entirely from entering the back of the house. New extensions were rebuilt, but they were strategically place to extend where they might connected already existing parts of the original building, rather than sticking so far out the back that the sunlight and yard disappeared.

Materiality was considered heavily in this process; original elements like plaster, stone, and red brick were kept but black geometric metal framing near windows and black sheet metal cladding were added to improve curability or energy efficiency. They contrast well with the light grey walls elsewhere, creating a sense of added modernity to the more classic facade. In certain places, pops of more contemporary colour were painted for personality.

Inside, the new extensions enabled designers to build a much more open concept layout where previous, older extensions had actually broken up the house a little and created more walls. This theme continues outside now as well, as a brand new black deck extends the kitchen right into the yard when the lovely, large glass door is opened entirely.

Despite the main living spaces and the yard making for a nearly entirely open plan ground floor, some delineation of space still exists so that the home feels sensical and organized. The large kitchen island is a great example of this; it marks a change in function from room to room without cutting off conversation and social time.

Between both floors of the house, unnecessarily filled space has been opened up to create a double-height open area above the living and social spaces below. This makes the whole house feel opened out but without losing the privacy of the intimate areas above. Instead of being fully closed off, a simple corridor along one side of the double-height space leads to the master bedroom and its ensuite bathroom.

This corridor is actually quite an experience to walk down because it’s fully opened, making it feel like you’re traveling across a bridge to reach the deep, relaxing bath. On one side of this corridor the owners are afforded a view of the lovely backyard from big, clear windows. On the other side, they can see right down into the main social areas.

Although the grand and rather rich looking exterior of the house was largely preserved for traditional style, the inside of the house now looks much more simplistic and neatly pleasant in terms of colour and materiality. It’s clean, white overarching palette is minimalist but elegant, like much of the decor, while floors, cabinets, and other details provide a sense of warmth thanks to their stained red oak panelling. A subtle sense of contemporary sophistication comes through in the black and white marbling of the countertops and bathroom finishes.