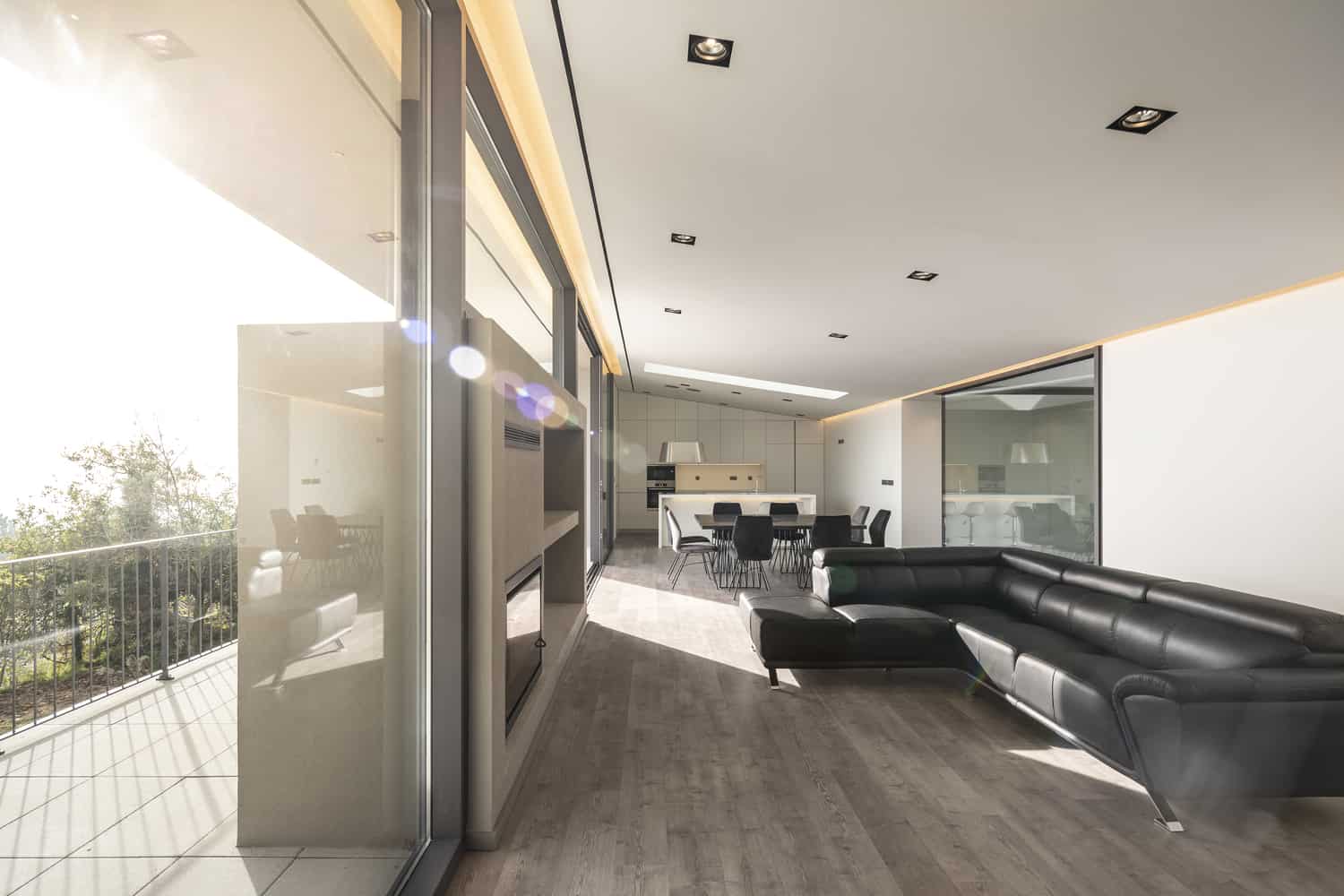 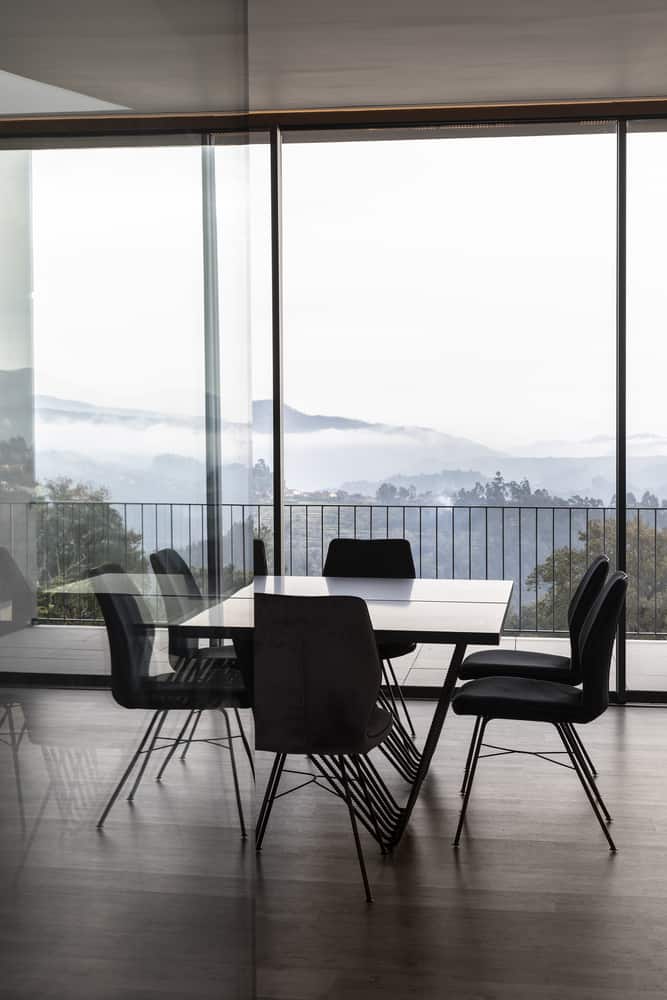 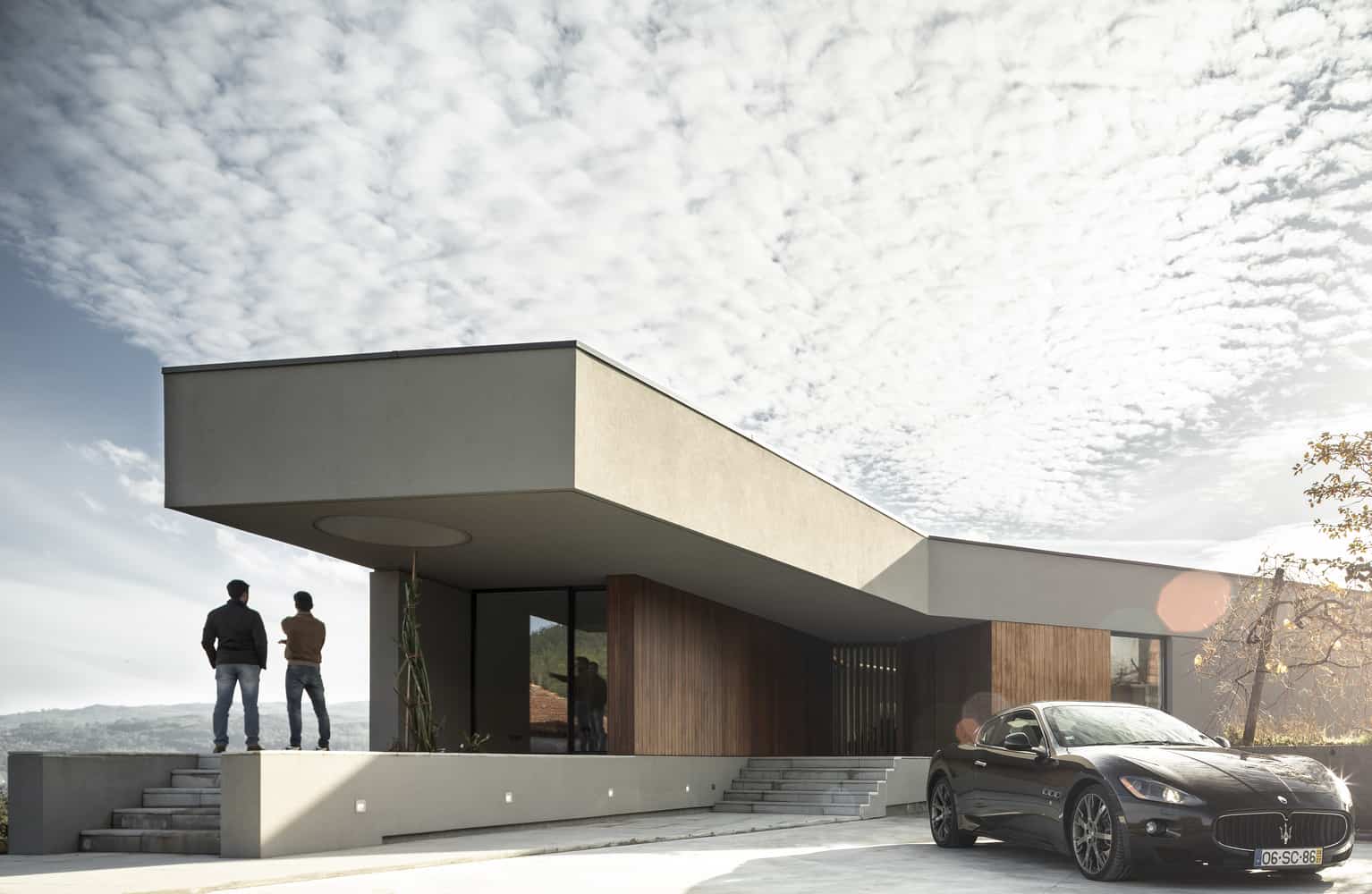 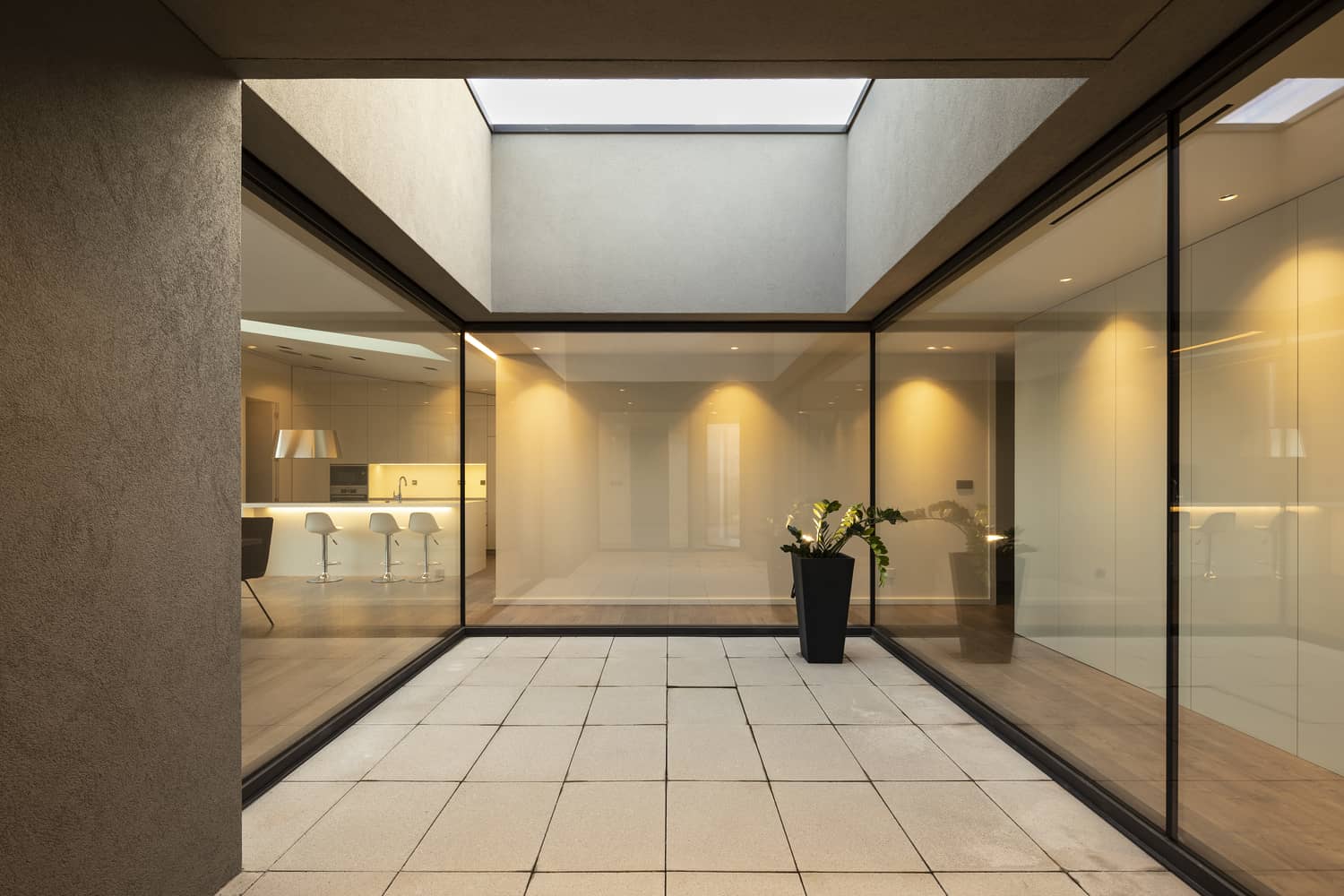 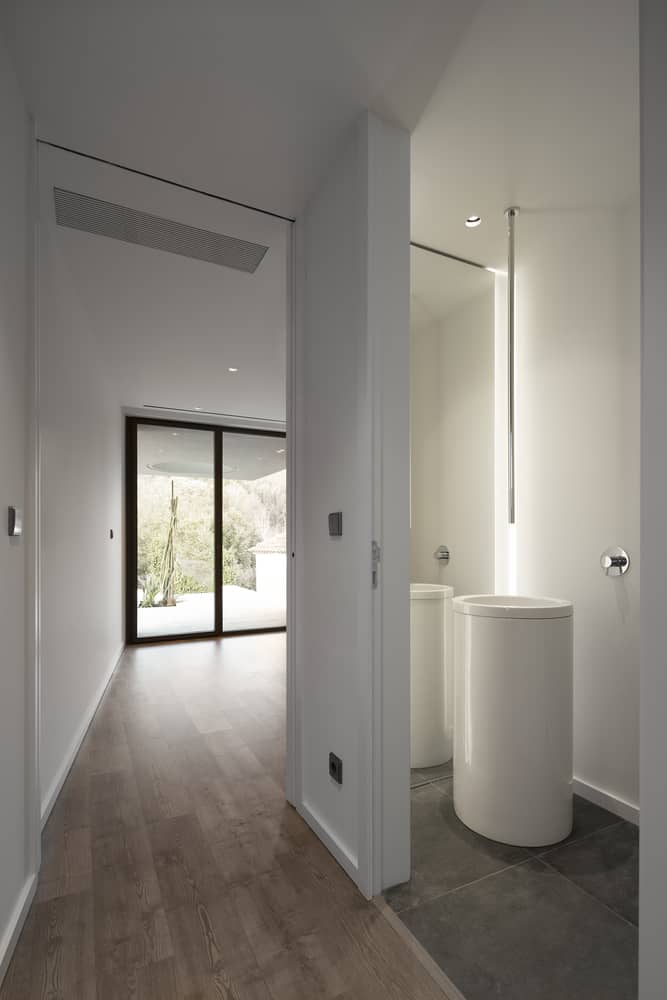 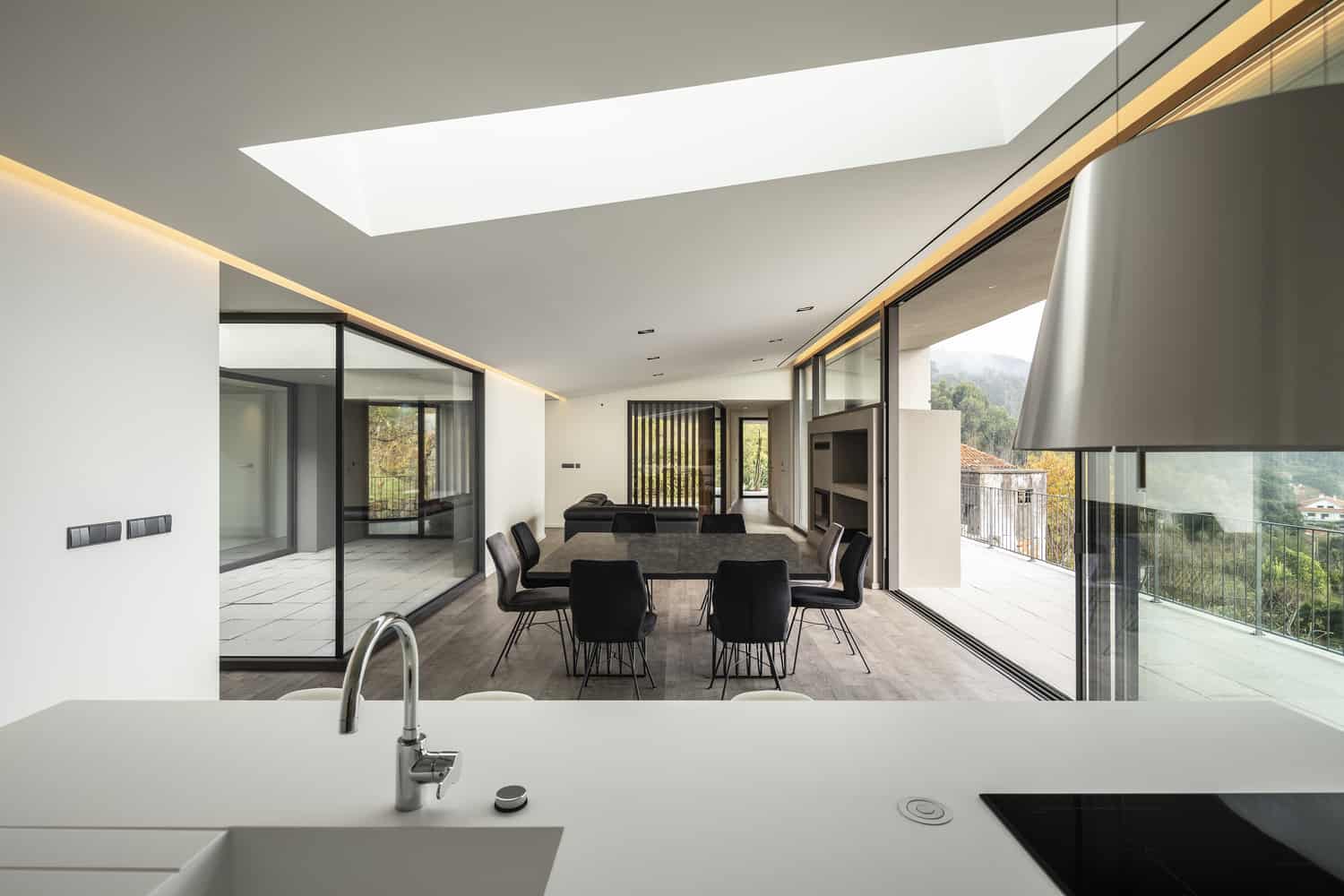 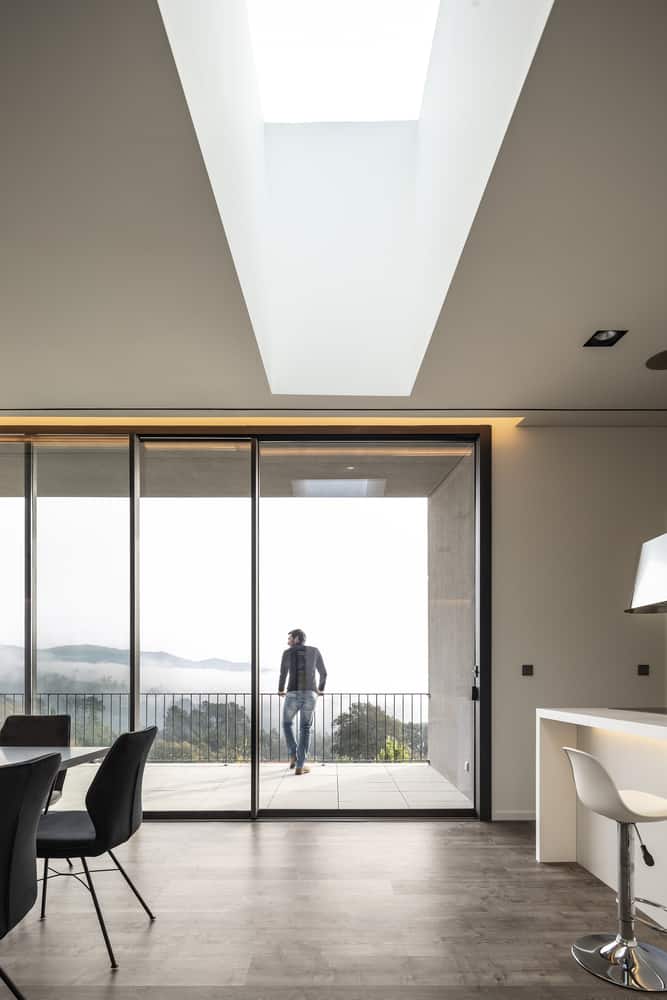 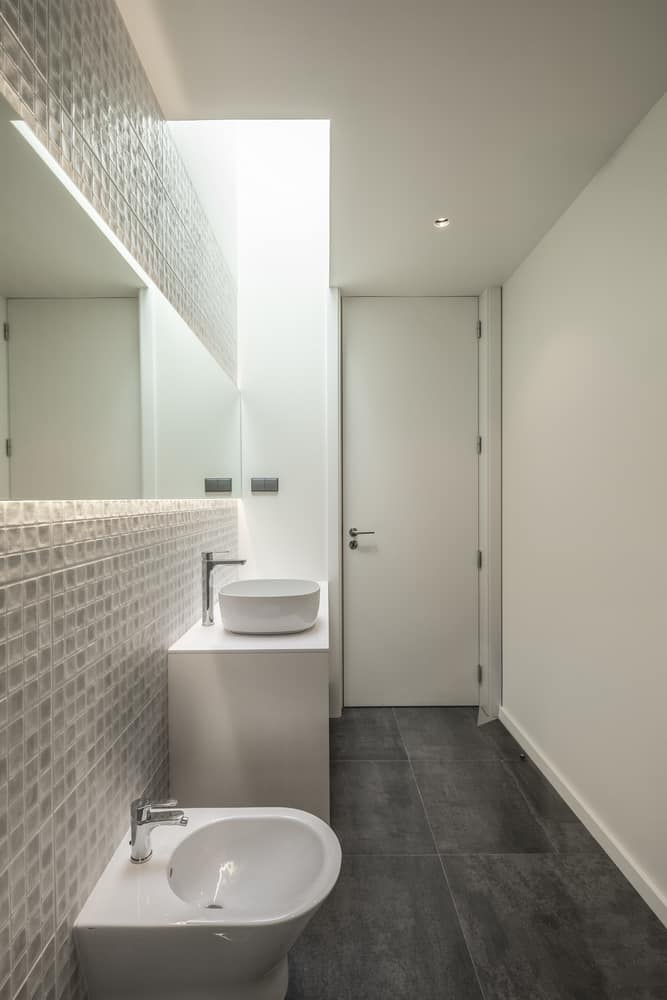 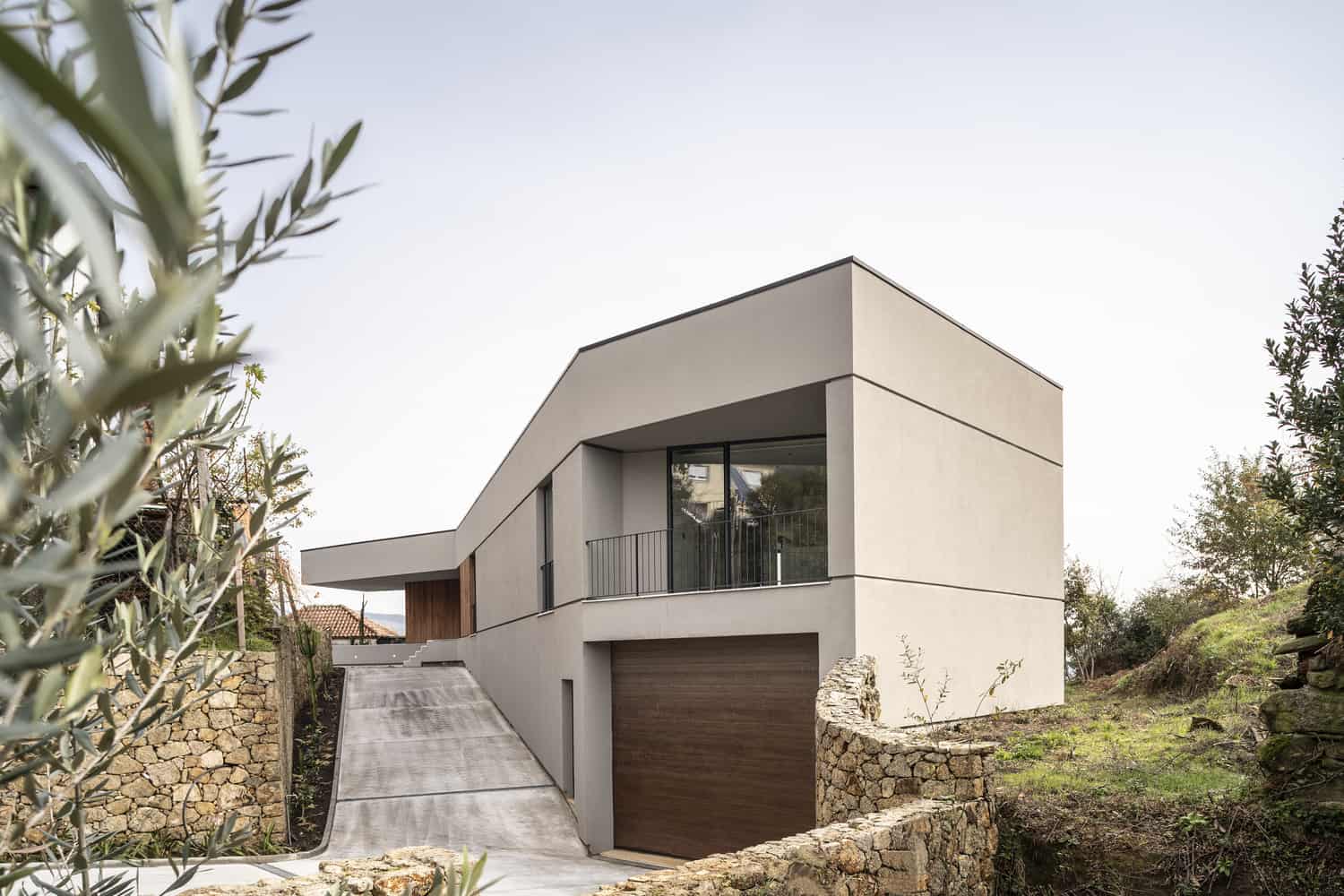 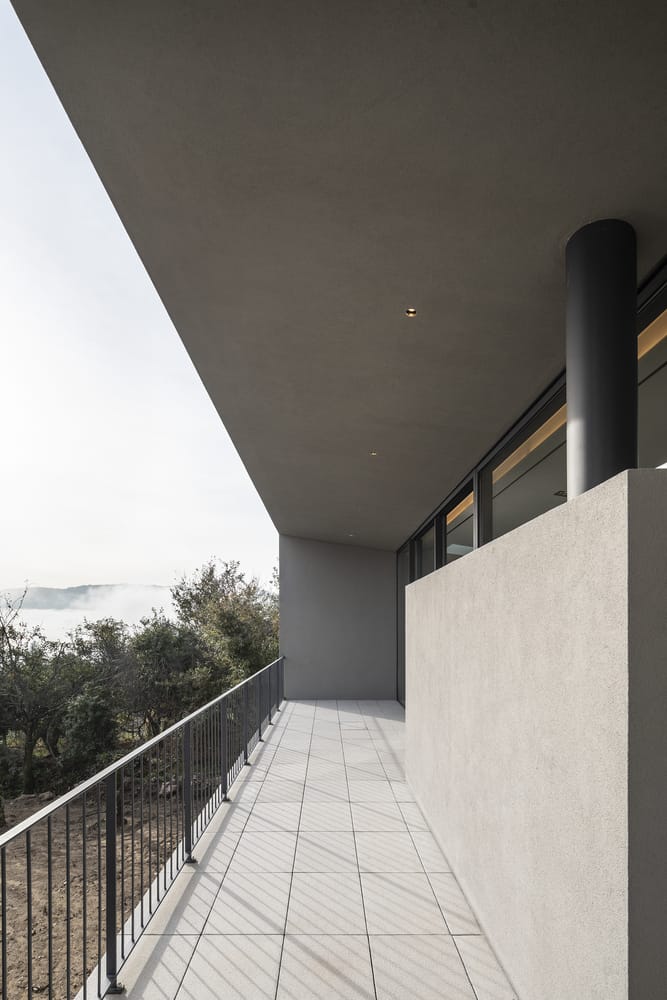 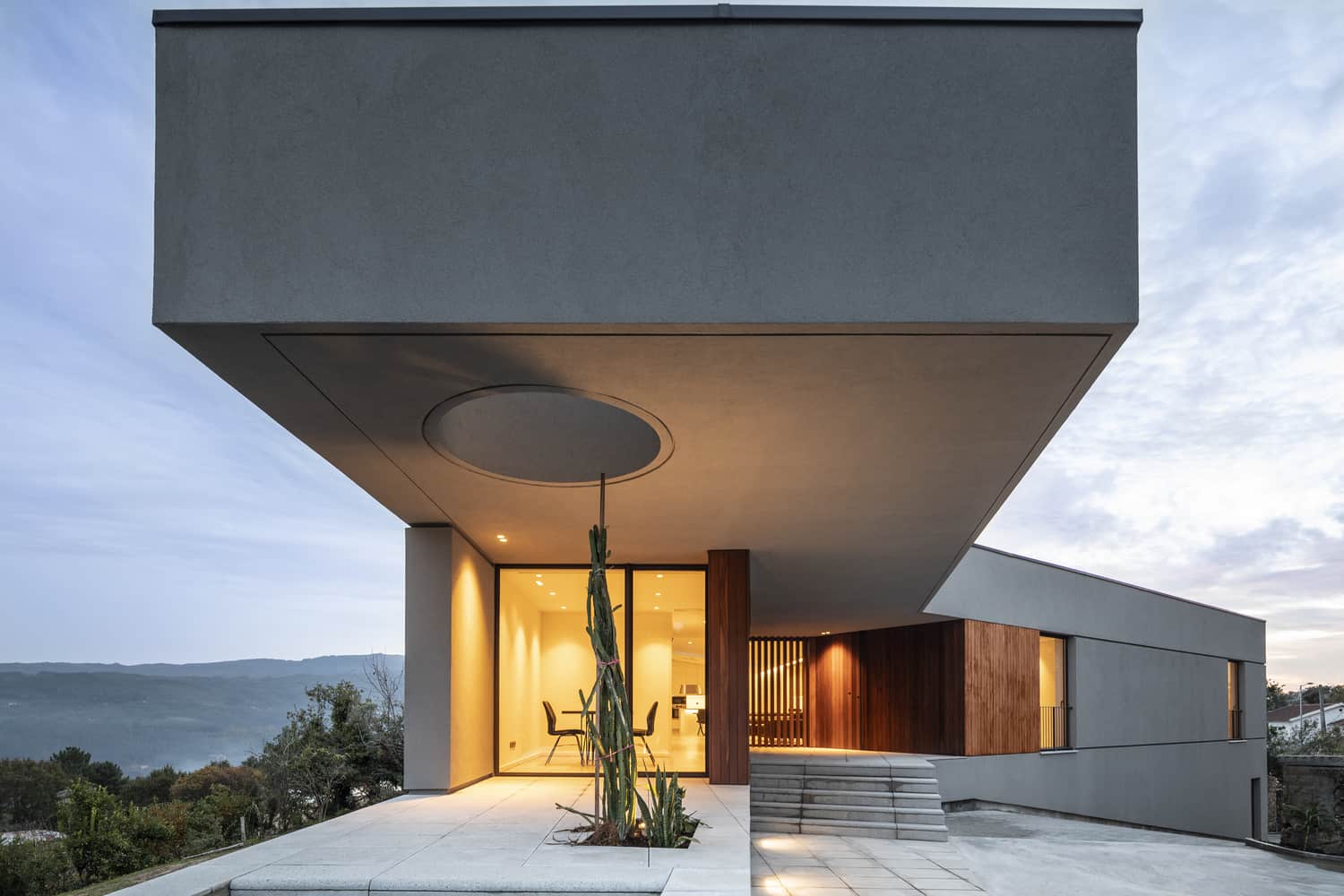 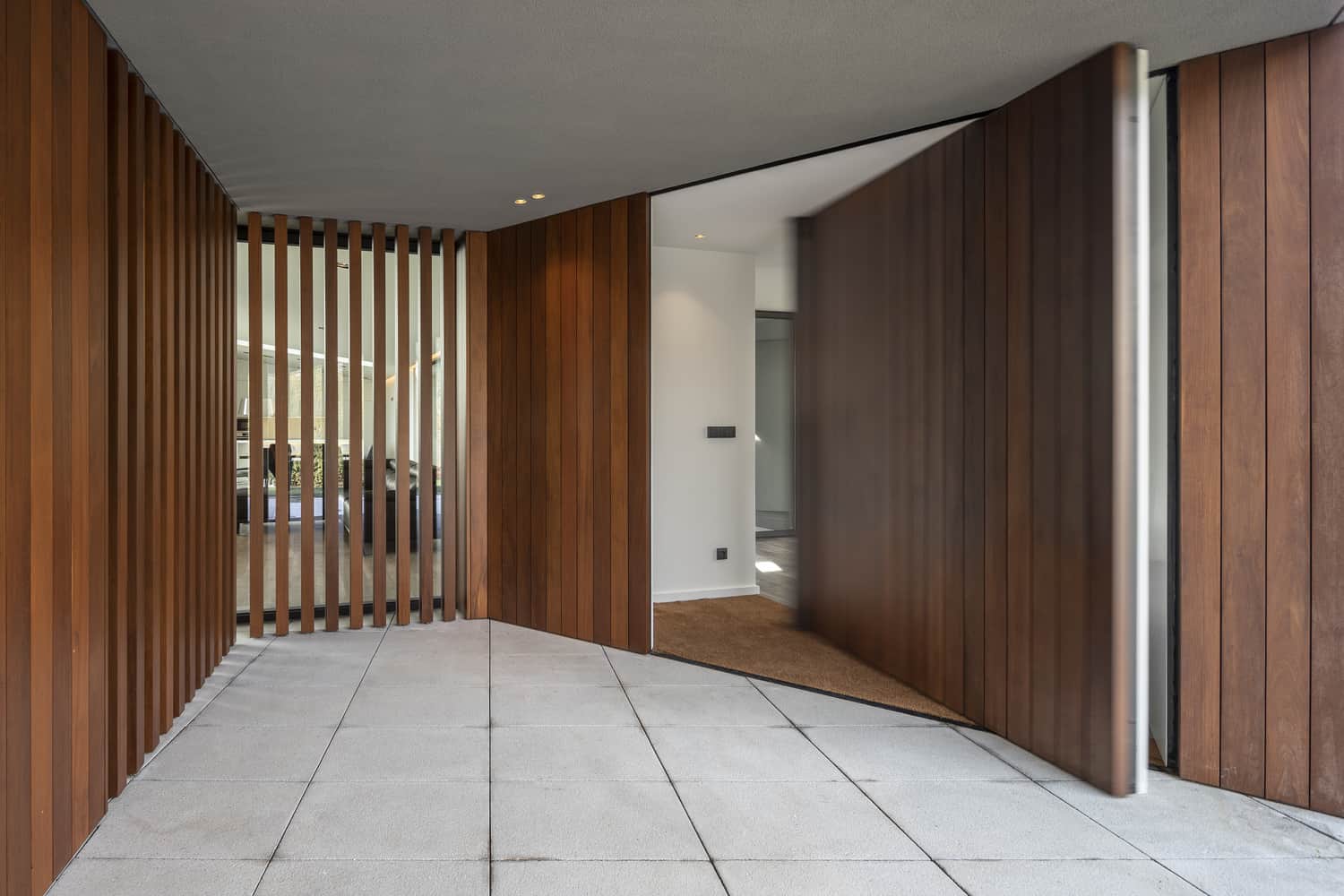 If ever a piece of residential architecture could be described as a feat of design despite its constraints, that would most certainly apply to the way Paulo Martins Arq&Design conceptualized and created the unique and modern GR House.

Nestled into the unique terrain of Sever do Vouga, Portugal, the plot presented limitations to the design team before they’d even started planning the house. The space it sits on now, you see, is filled with dips, juts, and crags, giving the team a very irregular space and difficult geometric surface to work with indeed.

Between the fact that designers knew they’d have to get creative with their techniques and the reality that most buildings in the surrounding area held little architectural value in terms of design, the team decided to fully embrace the whole concept and create a home with a shape and aesthetic just as irregular and uniquely lined as the land it sits on!

This is how the exterior of the house became the modern material clad, angular structure you see today. Its lines and volumes vary widely, angling in certain placing and remaining straight on in others. The structure is primarily made of concrete and strong, locally sourced wood, giving it a solid foundation that helps it grip into the uneven terrain upon which it sits.

The nature of the location isn’t all difficult things! There’s nothing negative at all about that view, which designers made sure to situate the house towards so that every room (each of which is rich in windows and glass walls) gets the full impact of the scenery surrounding the outer edge of the plot, where it gets the most irregular.

Because the house is already such a visual in and of itself, designers chose to keep the colour scheme, both inside and out, rather neutral and calm. It’s heavy in light greys, pristine whites, and the occasional solid black detail for grounding. This is consistent from the exterior and its prevalence of concrete right down to the chairs chosen to adorn the inside social spaces.

To take advantage of the view and the fact that the house sits high on an escarpment, designers chose to include a high number of not just windows but also ceiling skylights. This lets natural sunlight hit just about every corner of the house, keeping it bright and comfortable despite all of the straight lines, harsh angles, and discreet colour palettes.

Besides its shape, one particularly unique feature of the house is that it uses primarily ramps where a more typical house might use stairs. Although this was not specifically intended for accessibility purposes, it certainly makes the house more mobility friendly for those who find stairs difficult or cannot use them.

In reality, this was partially to create a space that feels like it slowly transitions in a smooth way from one room to the other, counteracting the harsh, bumpy terrain it was built on and evening out those dips and drops in the land. No privacy is sacrificed in the way the house works on an open concept layout but the ramps certainly help with conversational and movement flow.

Photos by ITS – Ivo Tavares Studio