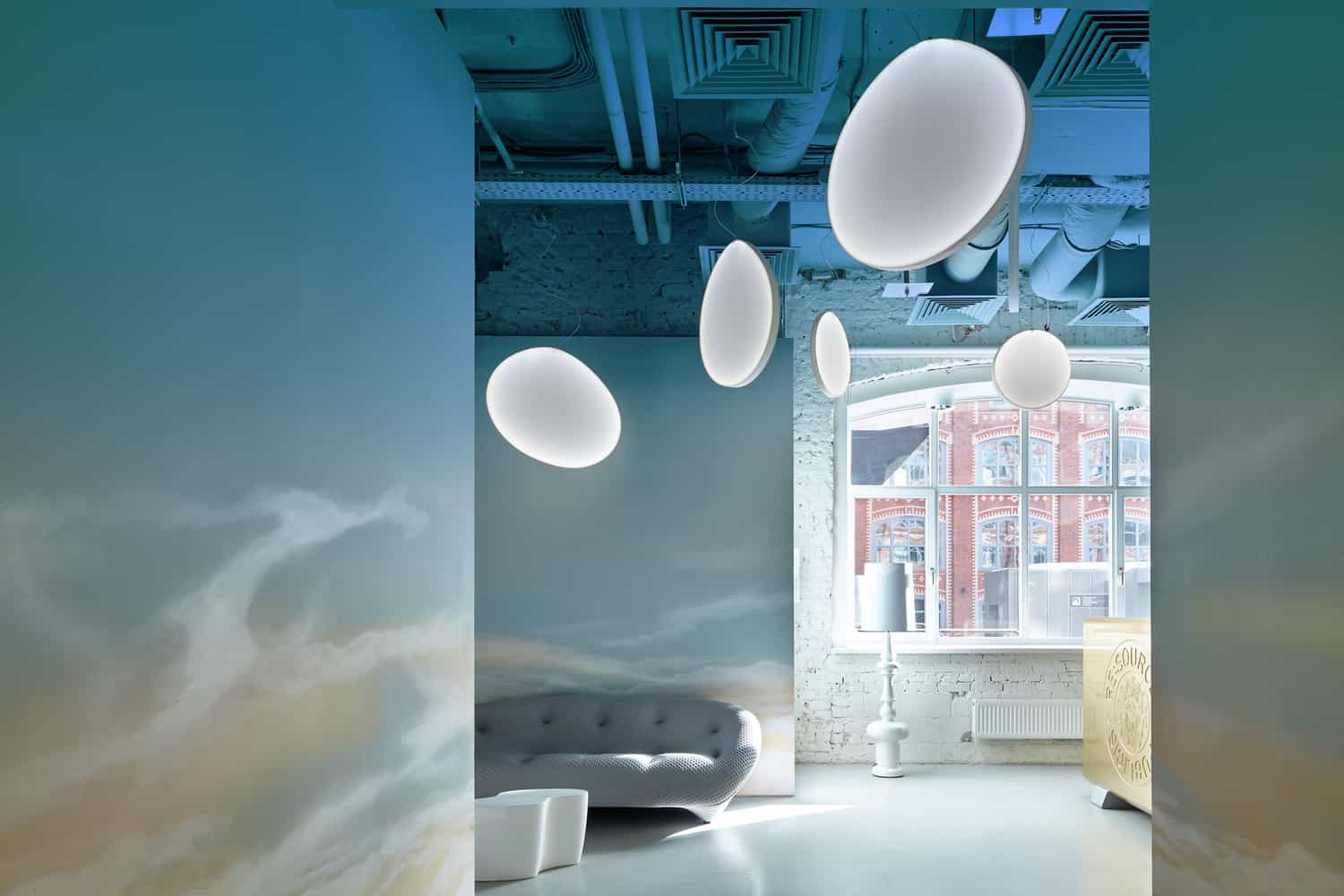 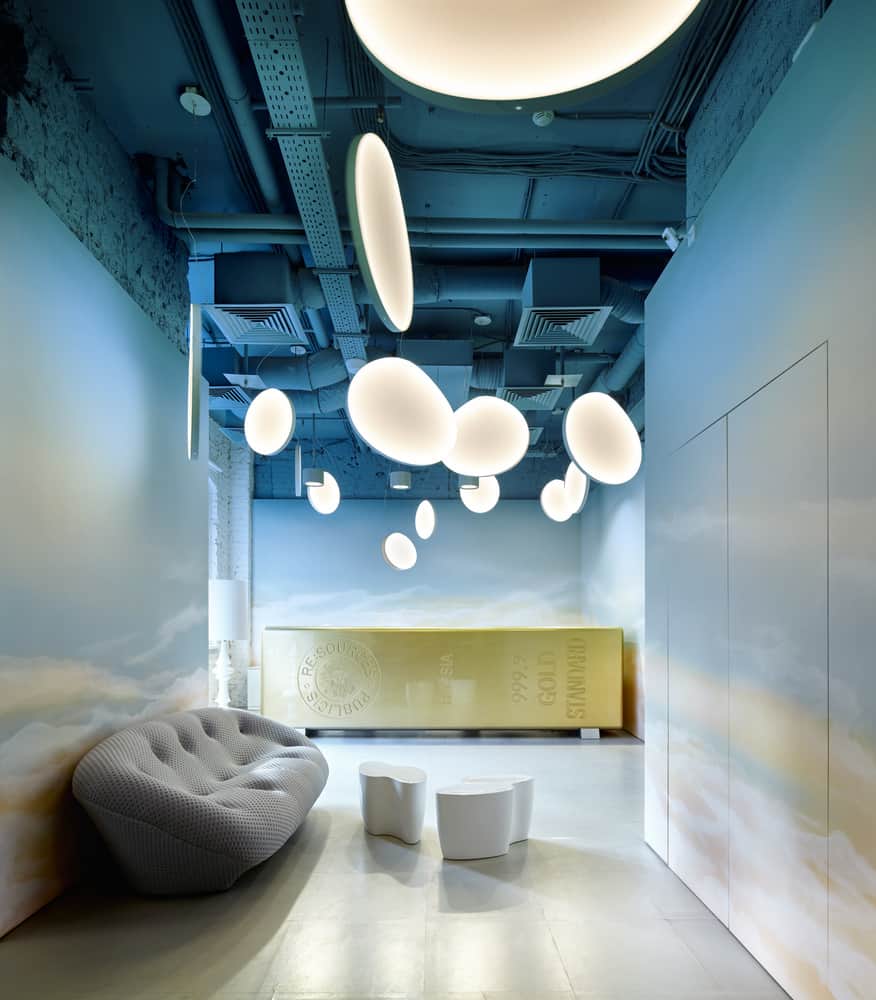 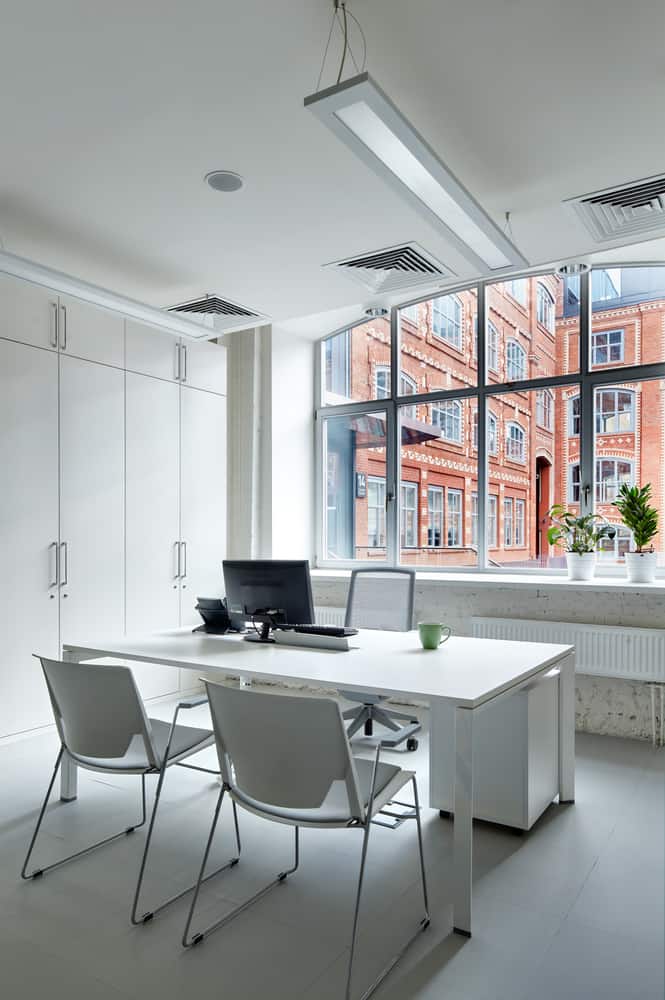 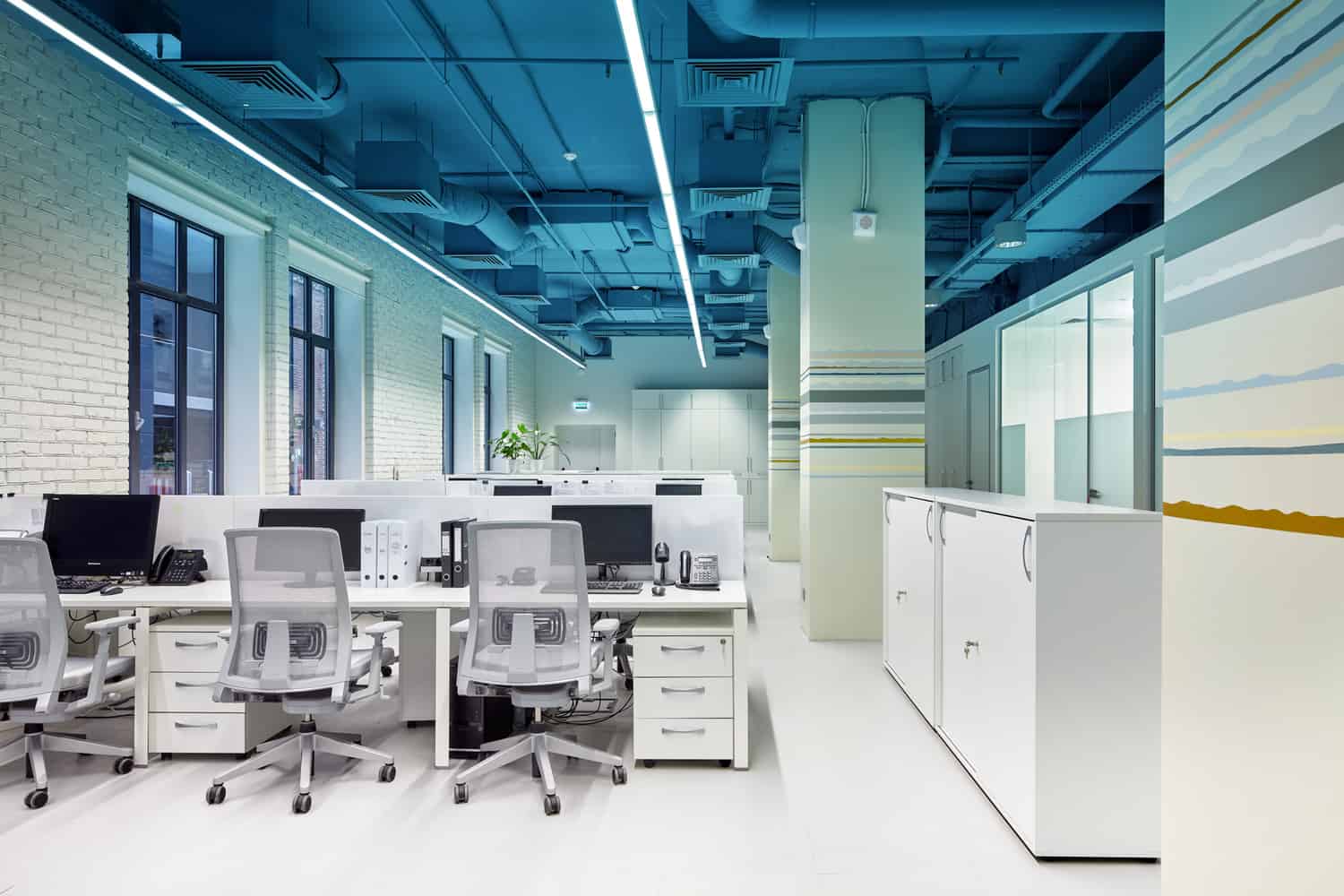 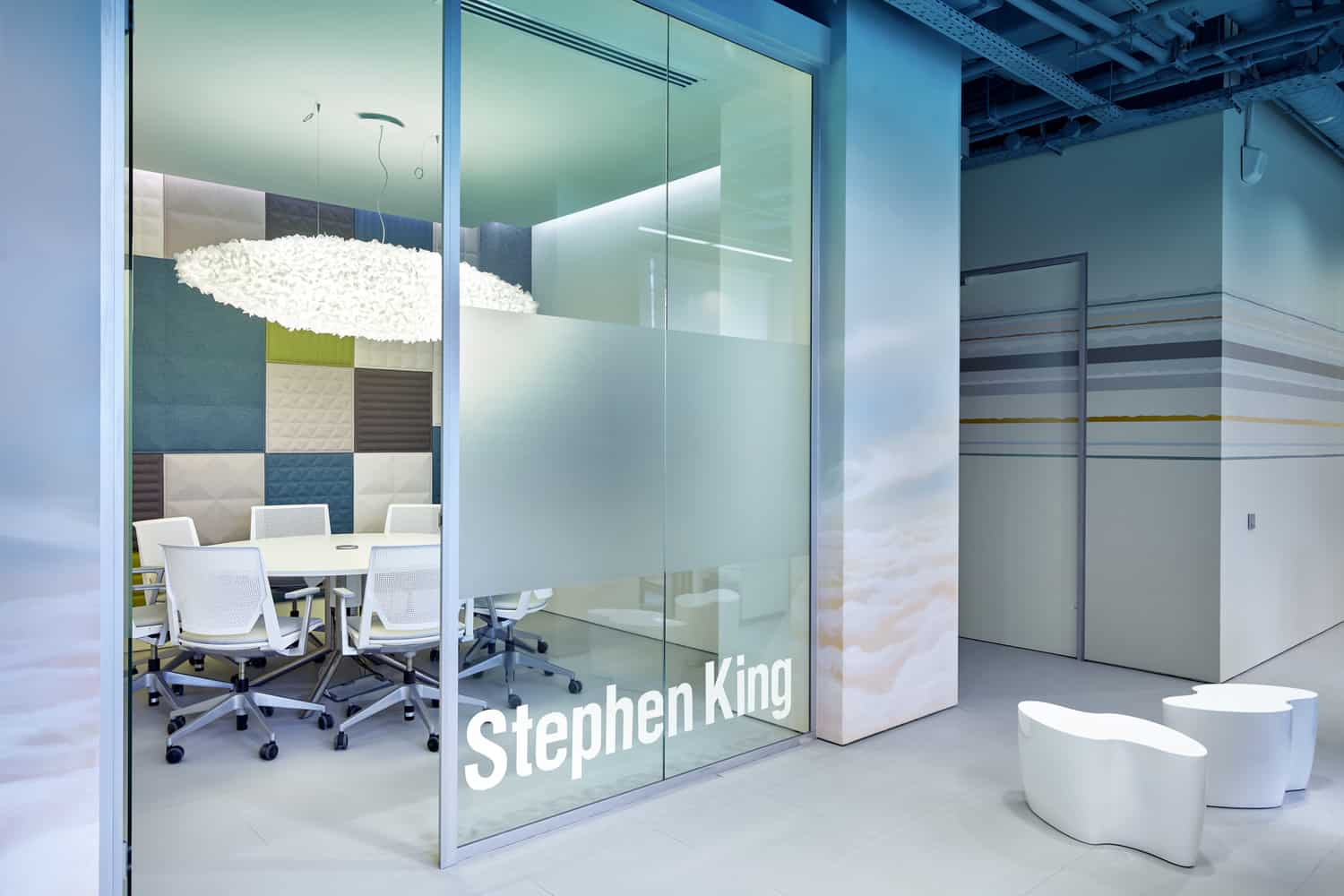 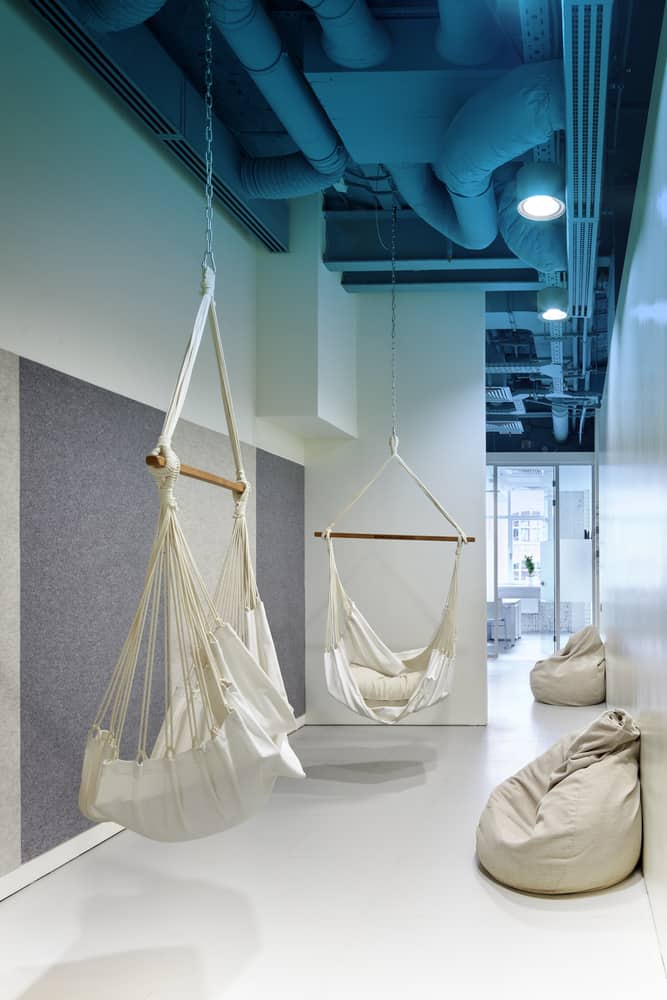 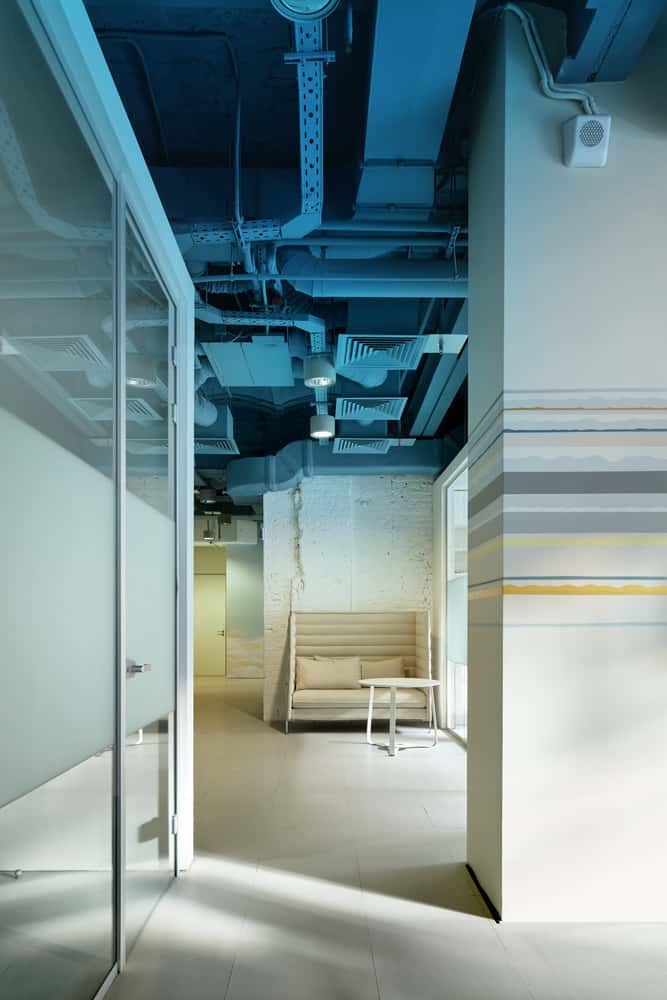 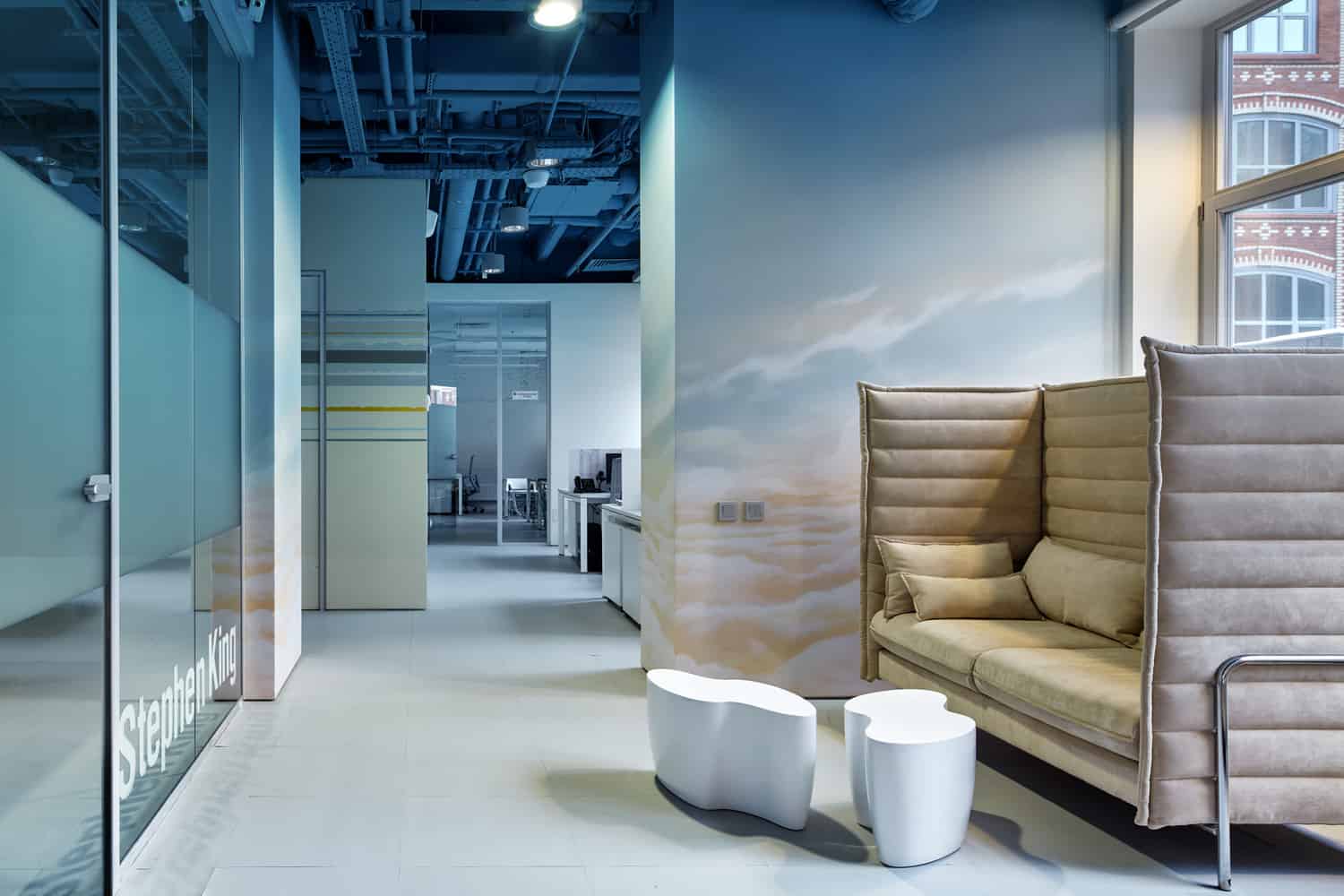 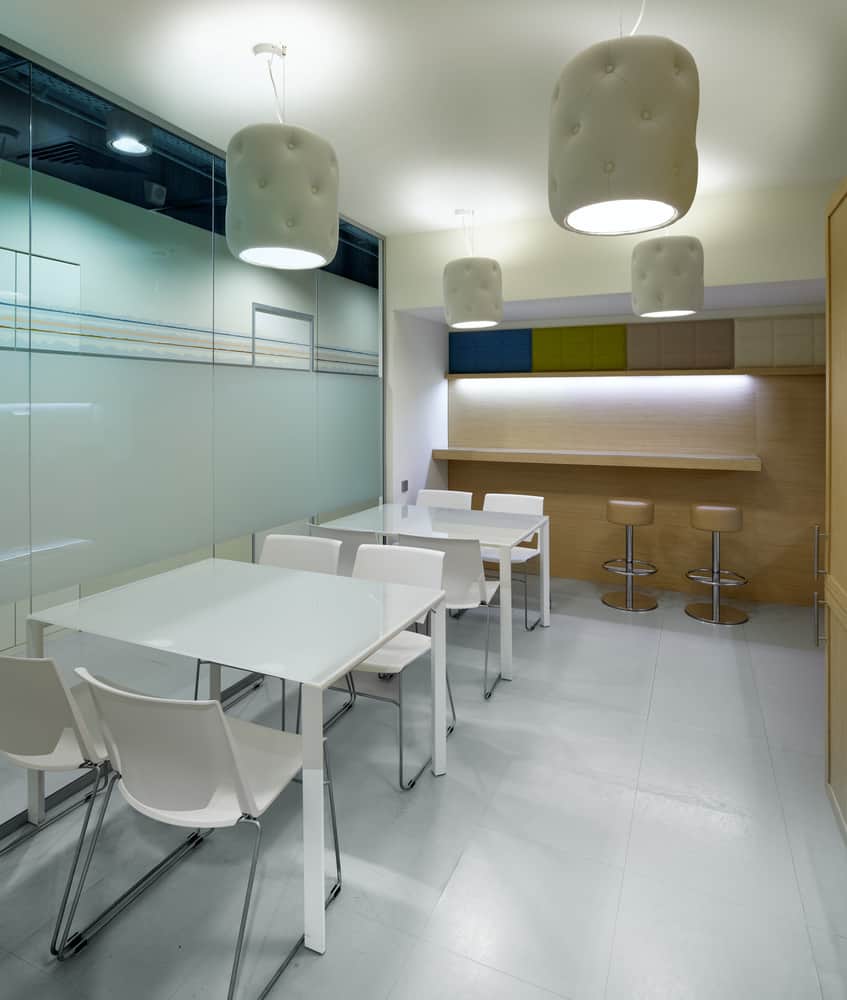 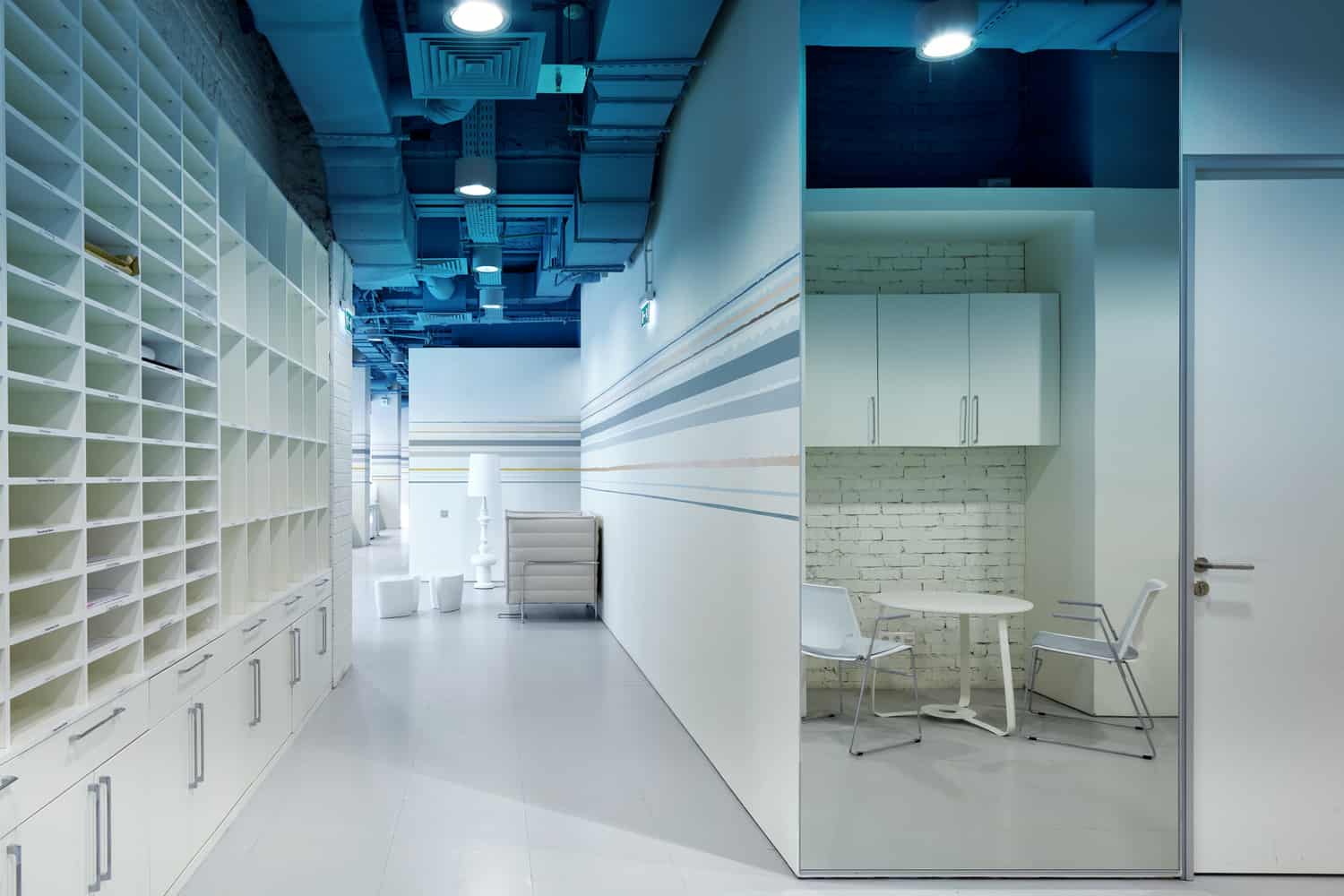 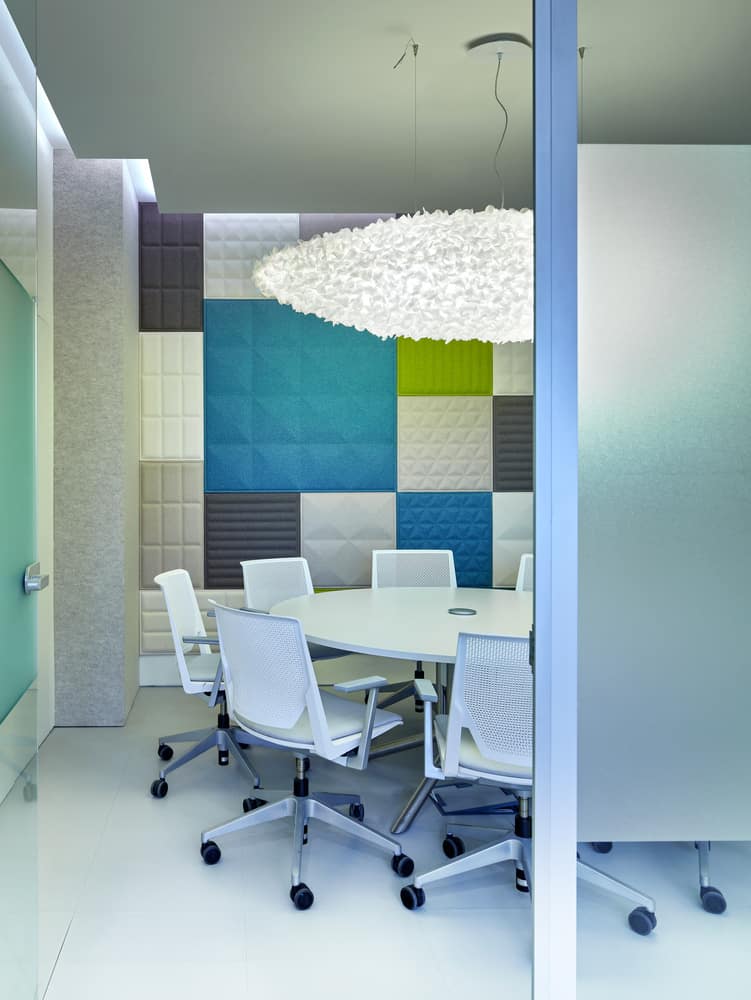 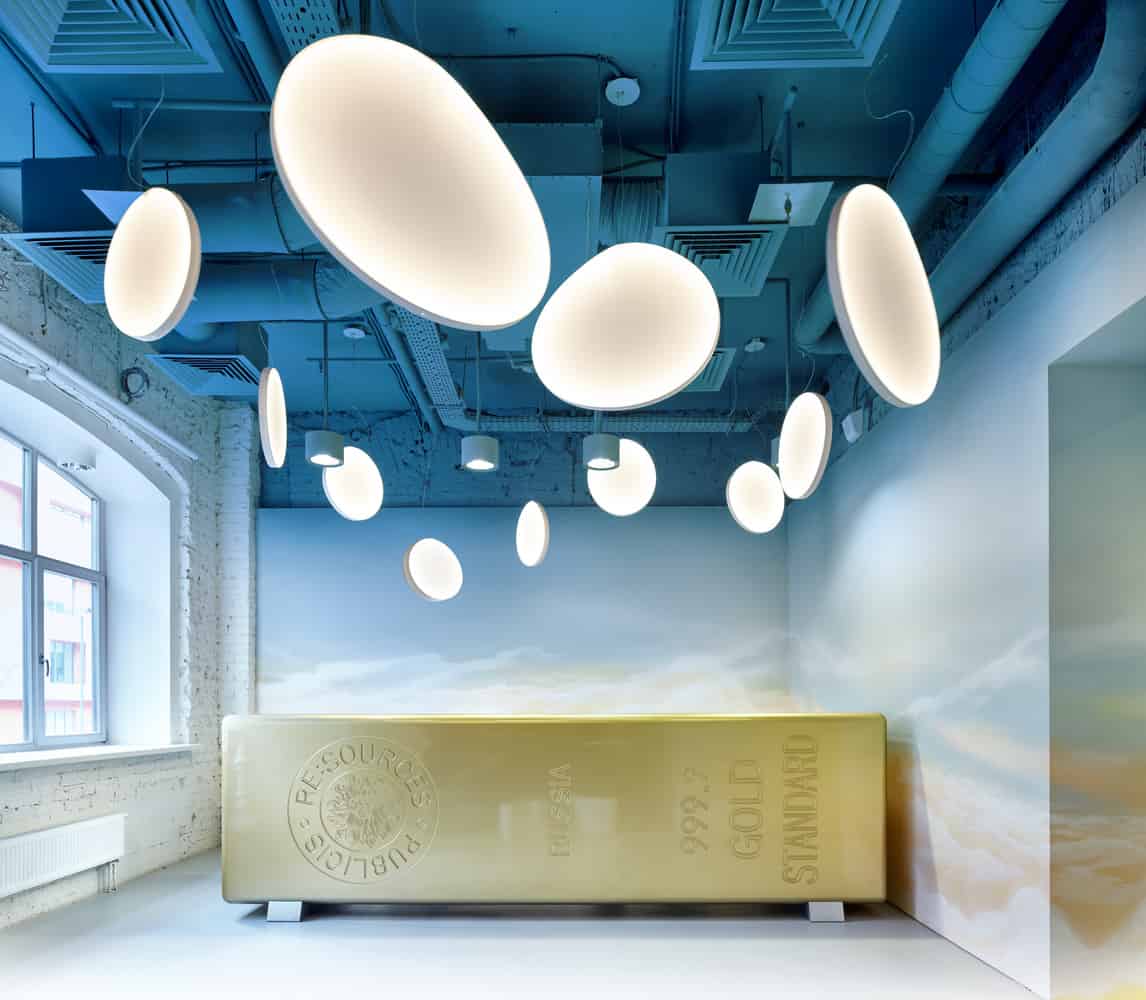 The company Resources Publicis Russia is a collaborative effort between several designers. Located in Moskva, the goal of their Resources office is to act as a media holding department for various teams and individuals. They recently decided that, for the sake of clients and employees alike, the aesthetic and atmosphere of their offices should complement the quality of their repertoire. That’s how they came to work with VOX Architects!

The first goal of the design team was to create something that could be both eye catching and also professional looking. Since this particular department often deals with matters of important business and finance, teams felt it was important to keep things serious and impressive looking, even as they aimed to establish a decorative and comfortable sense of space as well.

Situated in the Bolshevik business centre, this office occupies 870 square meters. Designers wanted to convey the eclectic and forward thinking minds and attitudes of the employees involved with the company on every inch of that space! They chose to do so using expressive textures and colours in unique, attention grabbing combinations.

Perhaps the thing the catches the eye the most upon entering the office is the front desk, which is shaped and painted to look like a solid gold bar. This was the central piece that the rest of the office was designed around. In the air around the desk, you’ll notice lamps hovering around the reception that are shaped like little clouds. This combination of images might seem random, but consistency is created by the fact that both of these things are mirrored in the drawings all across the walls.

Moving from the reception area into the working spaces, you’ll notice a fluid, open format. This allows employees of any kind- be they special departments, IT techs, or top managers, to collaborate and communicate freely. In addition to uniquely shaped lamps that give the space character, the open office spaces are well lit naturally thanks to large windows that are double glazed for good insulation.

Another unique feature of the office is the conversation area. This is a space generally understood as being a good break or collaborative meeting space, while the others are saved for quite or private work time. Noise is controlled despite the open format layout thanks to sound-absorbing panels built right into the walls. Employees often conduct meetings or video conferences by these panels.

Of course, any good workplace that truly values productivity and employee morale knows that break time is pivotal as well as work time! That’s why designers included several coffee points throughout the office. This way, brief or longer breathers can easily be taken between working sessions, actually helping to keep people on track when they’re at task. Besides the coffee points, employees also have access to a full kitchen and several informal or social areas that boast comfortable couches and even hammocks!

Despite all these impressively modern features, the original building the office is built in is actually an historical one for the area. For this reason, designers chose to preserve several original elements, like many of the walls and the already-built loft style of the office’s main shape. Many of the industrial looking functions on the ceiling are new as well; rather than masking or moving them, designers chose to simply paint them blue in order to mimic clear morning skies. This themed is extended beyond the vents and pipes by the presence of colourful columns and stripes on several walls that were inspired by the sunrise.