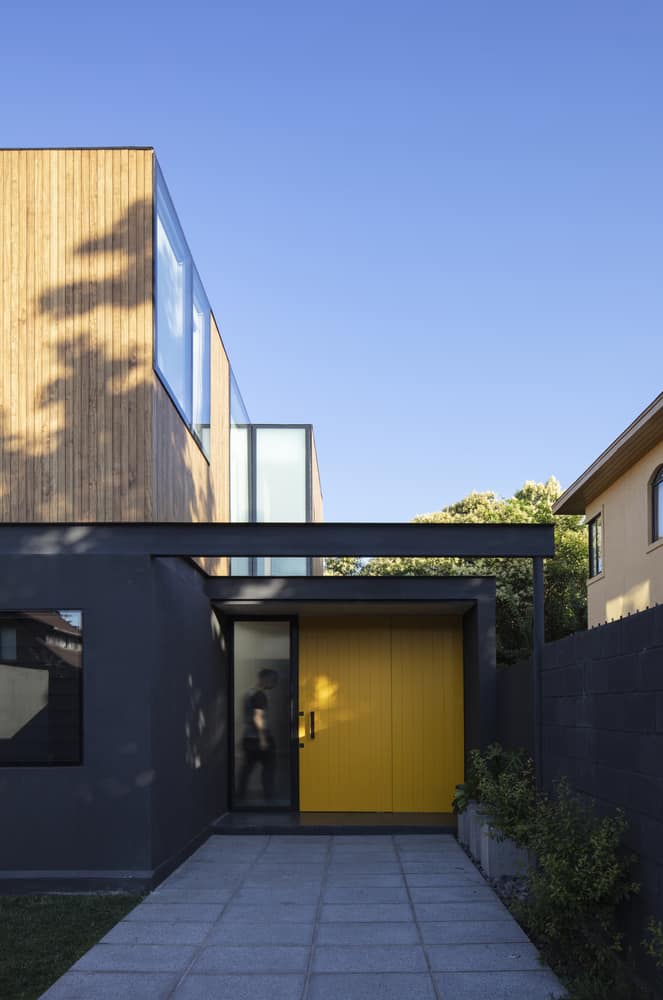 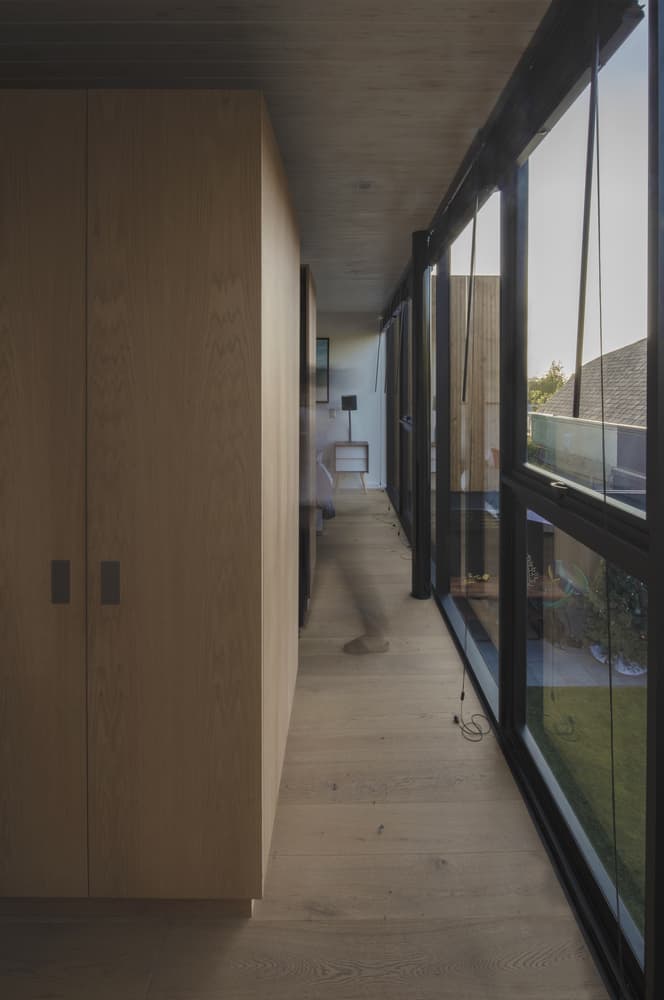 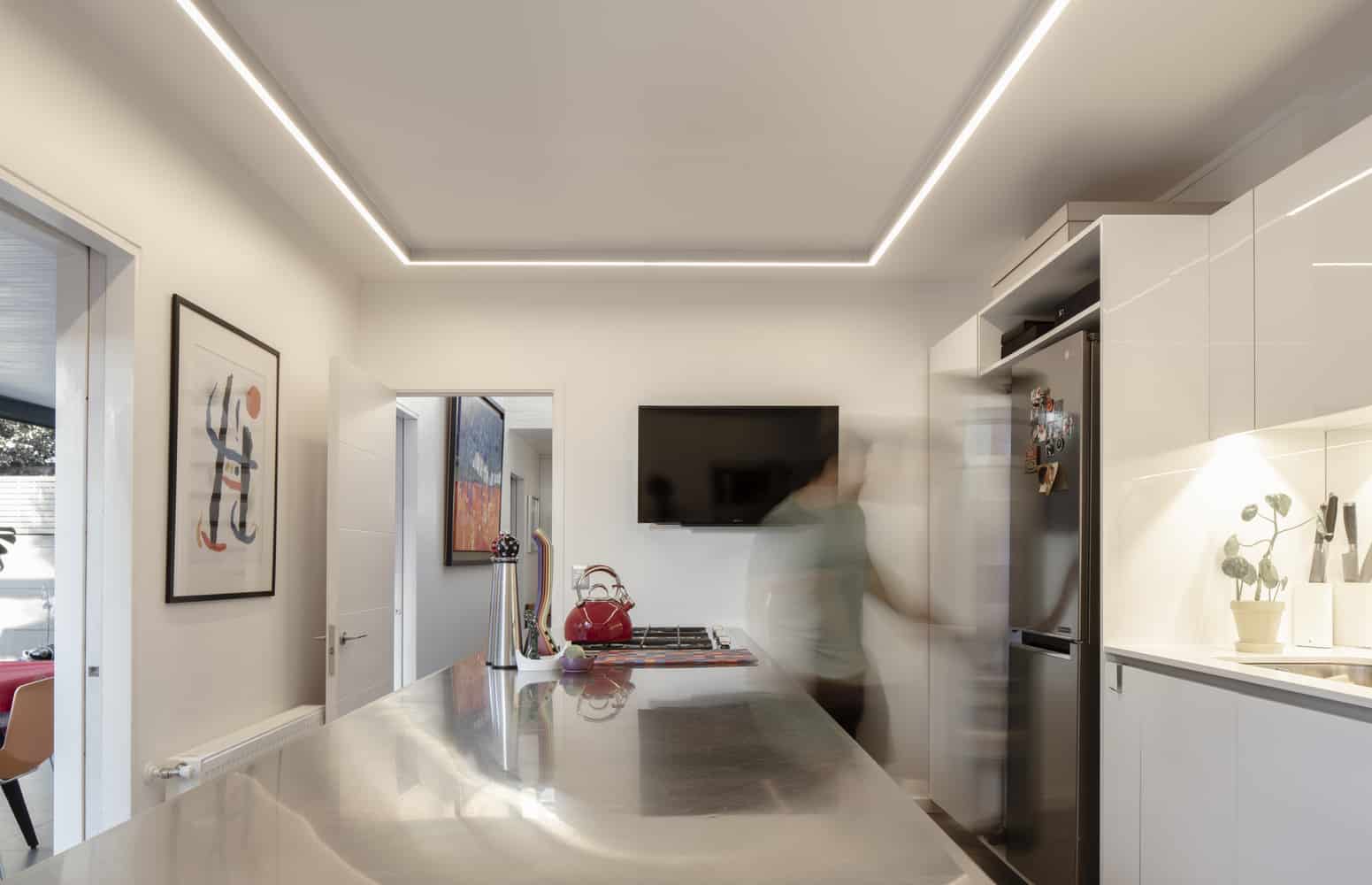 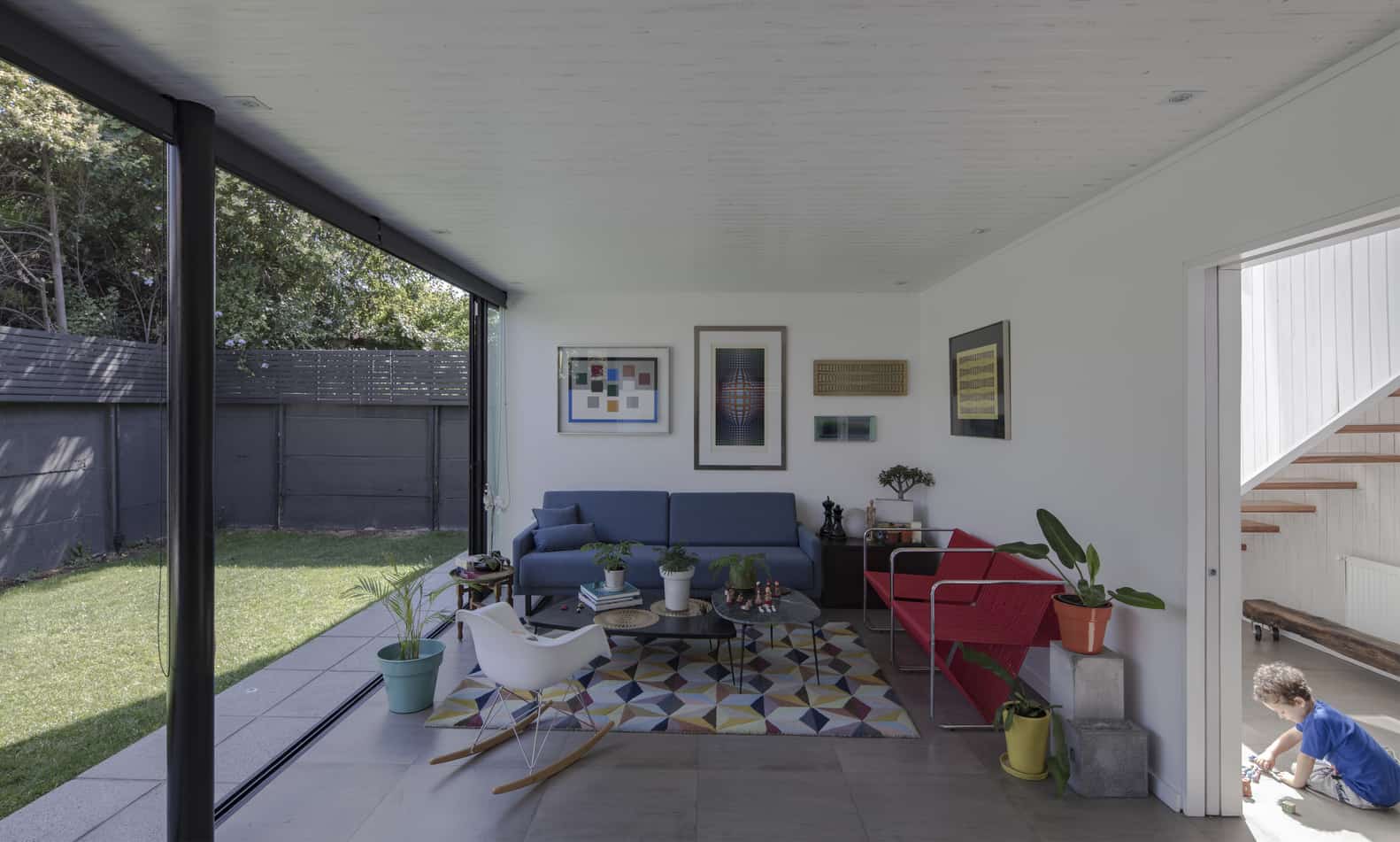 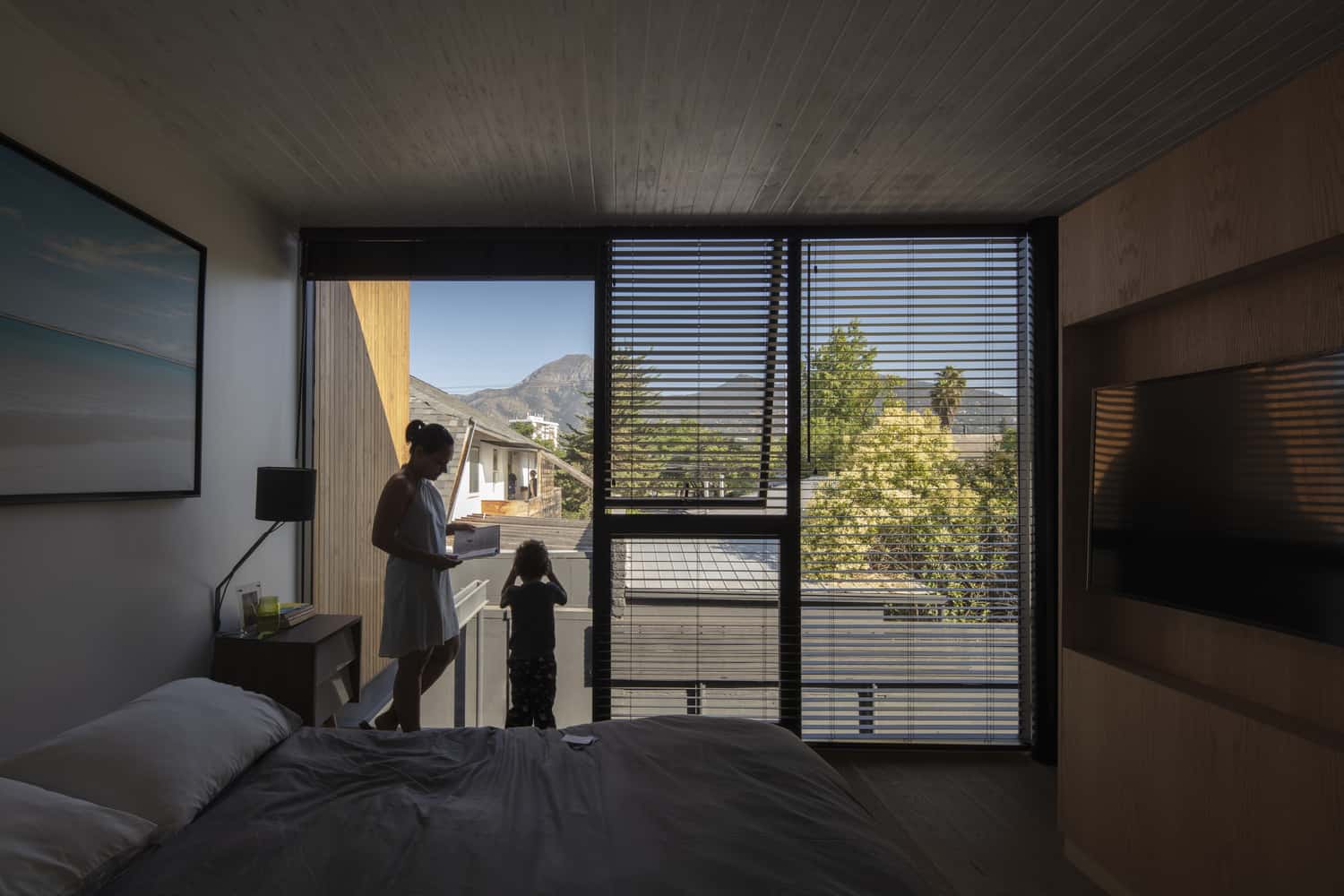 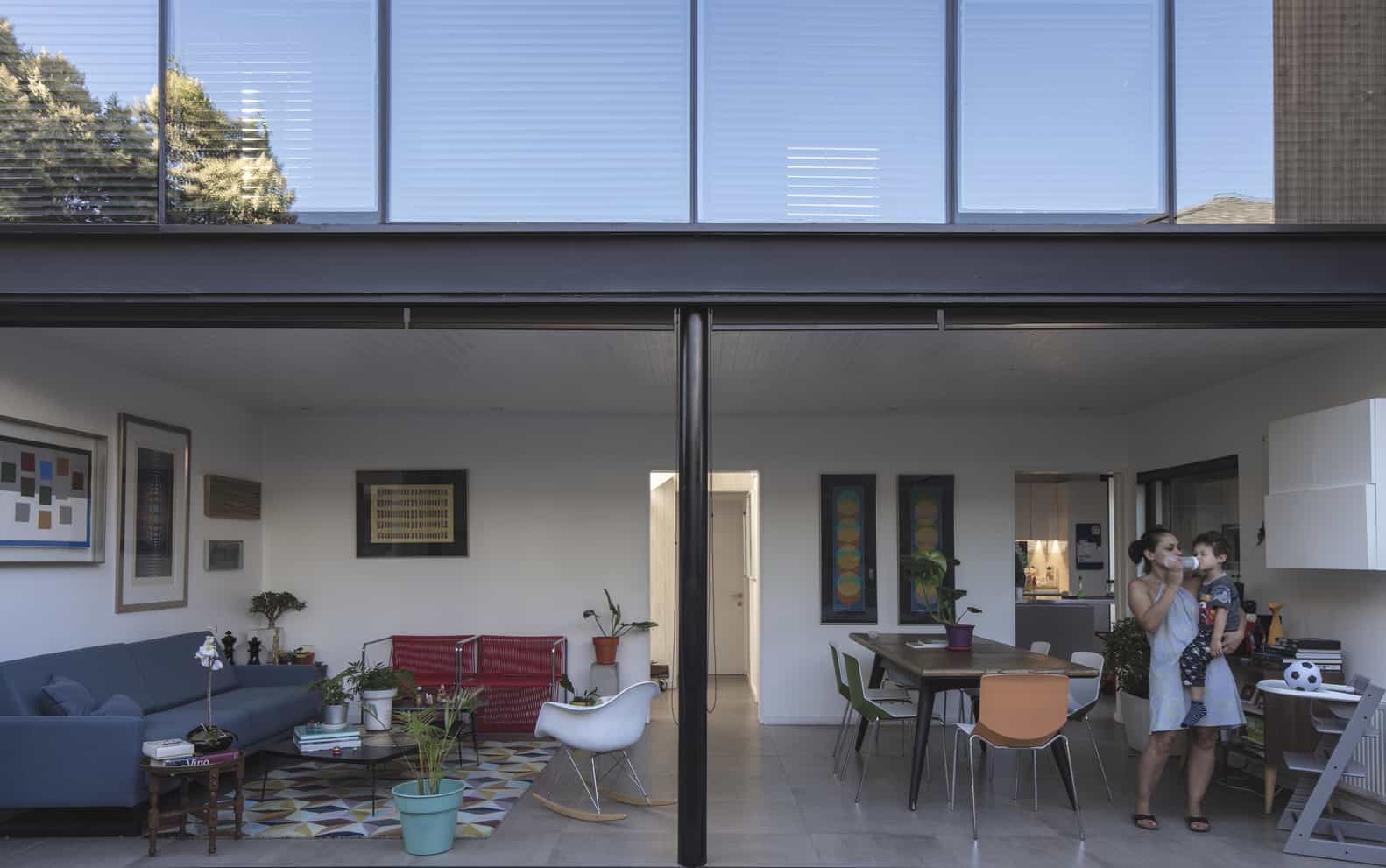 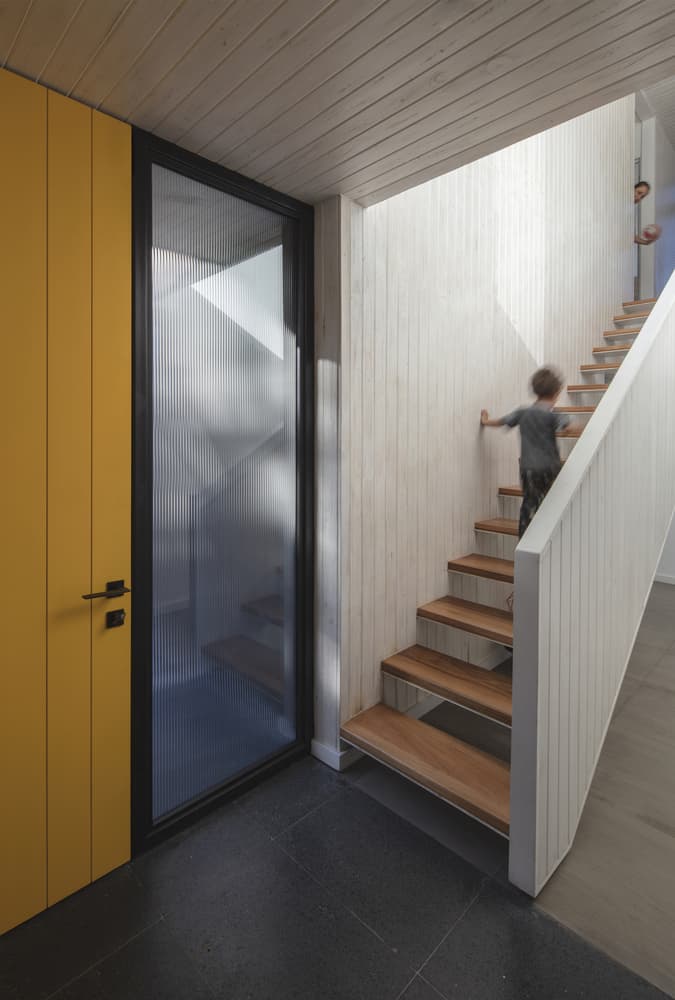 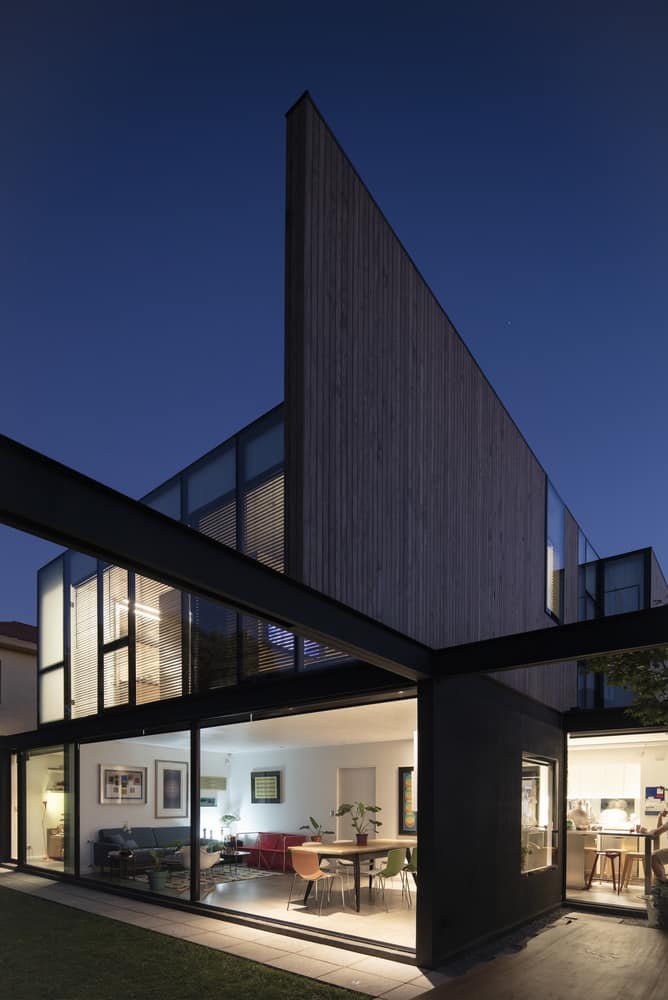 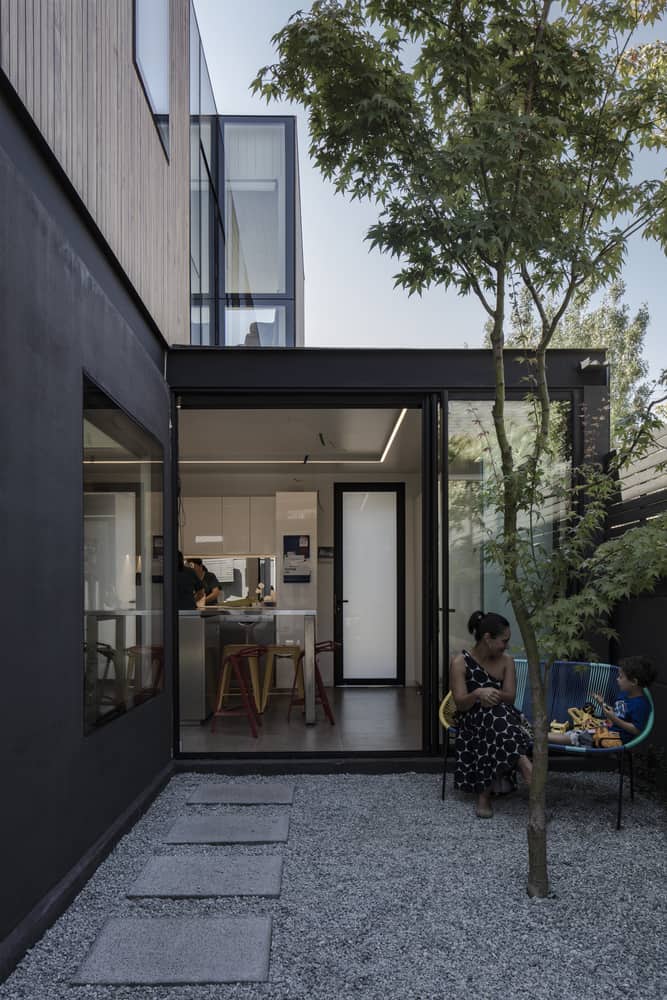 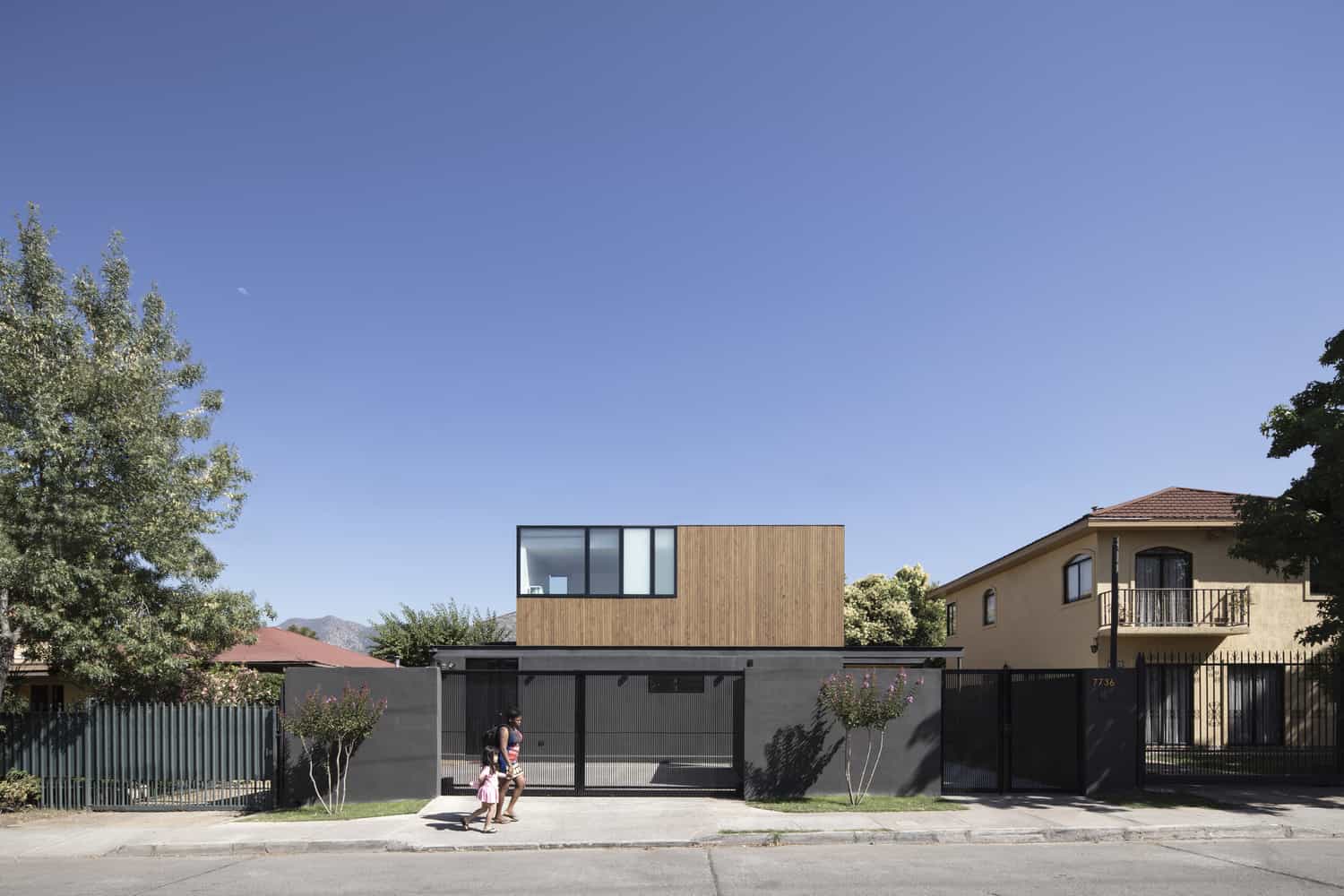 Located in Vitacura, Chile, the Virginia House update was recently completed by 271 asociados to ensure that the structure, which has stood in the neighbourhood since the 1960s, keeps up with the impressive economic growth of its surrounding area.

Standing proud in a social housing neighbourhood, the building was originally constructed using prefabricated panels of concrete and saddle roofs featuring large wooden trusses. Since it was build, however, the area of the city it calls home as undergone continuous change for the better, leaving Virginia House as one of the only dwellings left in its original condition.

Upon decided to update the space, contractors carefully considered how they might expand Virginia House. They opted a horizontal expansion that adjoins the eastern and western edges of the building’s plot, and then moved on to plans for a vertical expansion. The latter part they chose to do in light steel to avoid adding more heavy wood and concrete to the already extremely solid aesthetic of the structure.

Despite their desire to expand, design teams also made explicit efforts to maintain space in the front and back of the newly updated structure. This gives dwellers simple access to parking on the back side of the building and makes room for a wide, stunning garden around the other side, offsetting the heavy city look that was there previously.

Inside the building, interior rooms were redesigned holding feelings of expansiveness and access to natural light as the utmost important priorities. Part of this open concept aspect is achieved through the way double story vertical spaces are included in the main social rooms, connecting the two levels of the house visually. A light, open step staircase connects the two floors physically, with light wood keeping colour schemes just as airy as the atmosphere the stairs are situated in.

The besides opening up the main social spaces for more natural lighting from large surrounding windows, the empty vertical space we’ve described also helps communicate the different volumes of the house to visitors. It articulates the rooms of the first floor, presenting them in a nice, blended way that gives dwellers free movement while also setting the upstairs rooms off to one side above, giving them an increased sense of privacy or intimacy.

Throughout the entire house, materials have been chosen and blended together strategically to give a good variance or texture within a relatively neutral but pleasantly friendly colour scheme. Light woods used in surfaces and panelling contrast well with black steel braces and frames, while bright yellow doors throughout the whole space give things a personality-filled pop of colour.

Besides being cheerful and sunny, the house’s update is also energy efficient. Windows are featured liberally, but only towards the north side, whereas the west side of the house is more closed off. This enables good passive heat control and works in partnership with strategically placed ventilators that help regulate the temperature based on where the sunlight falls most.

Speaking of energy efficiency, even the wooden cladding you see on the home’s exterior is actually a ventilated wall system! It both gives the home an elegant outer finish and stops loss of heat from the home’s exterior on colder days. The overall effect is cost effective and quite sophisticated looking.

In short, the updated house communicates much more cohesively with its surrounding neighbourhood visually than it did before the designers’ intervention, providing dwellers with a space that’s both sustainable and fitting of its immediate urban context!