Last year, designer and architect Luís Peixoto took on the invigorating challenge of renovating an old but beautifully charming stone home called Coura House. Located in Paredes de Coura, Portugal, this structure was weathered but inspiring, offering a traditional rock face on the outside that designers knew would only be bolstered, rather than devalued, but a lovely new interior. 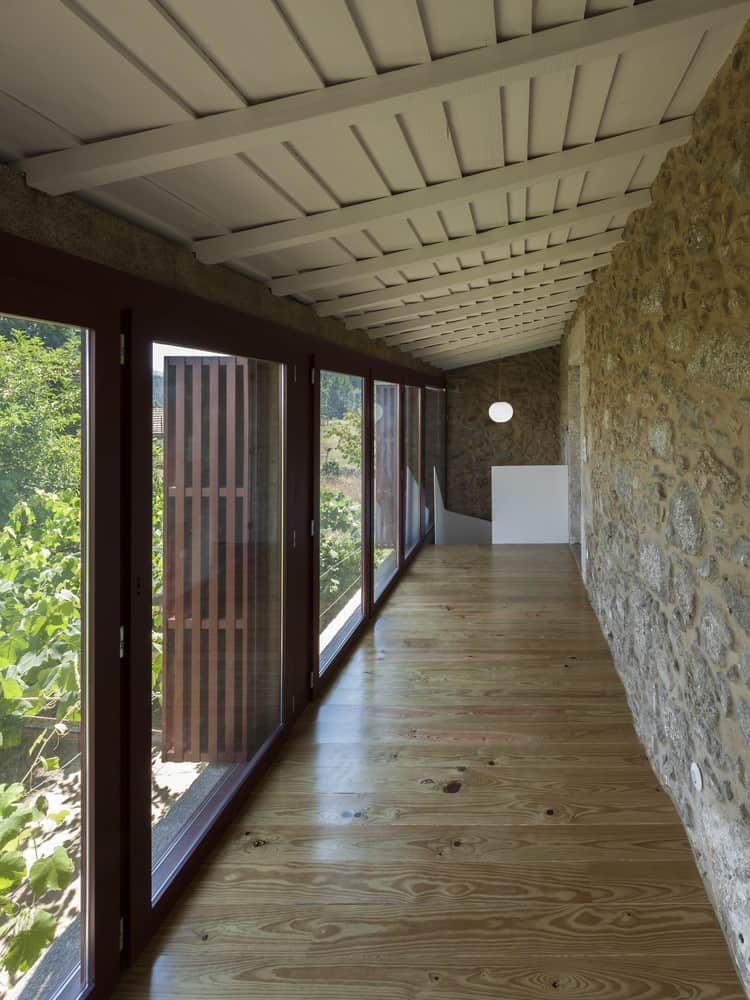 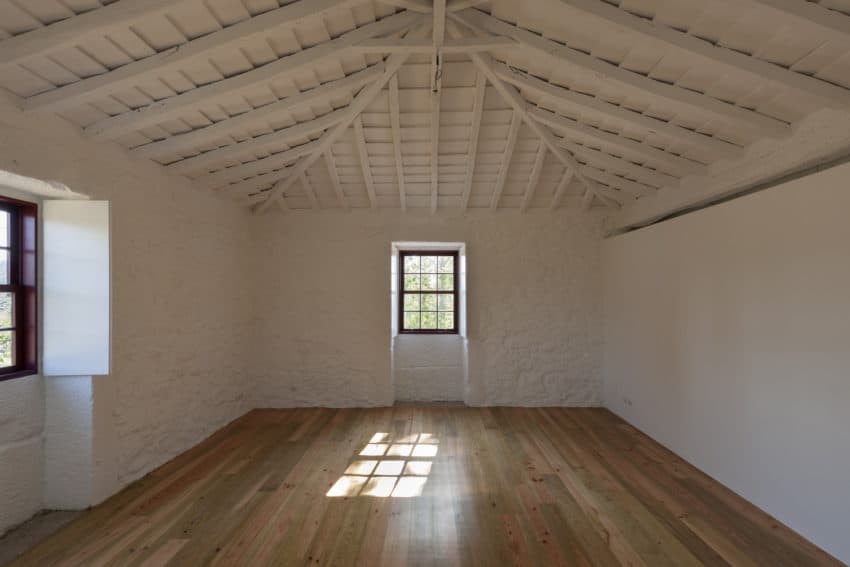 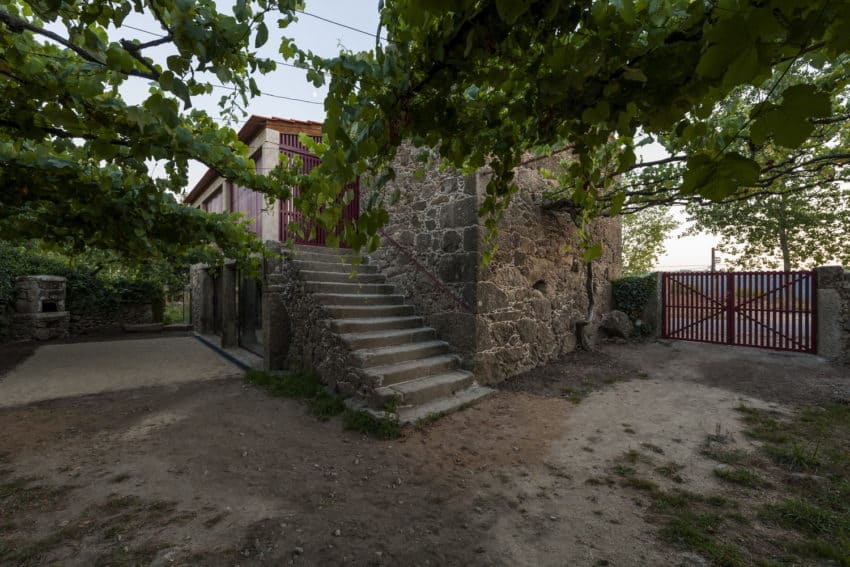 From the start, designers knew they wanted to preserve the integrity of the old country house and its nearly two centuries of rich local history. Abandoned by its heirs, the house had been left to its own devices for decades while new housing projects sprang up around it. Having recently been purchased as a holiday home, the time had come for Coura House to undergo a modest modernization of its own.
View in gallery 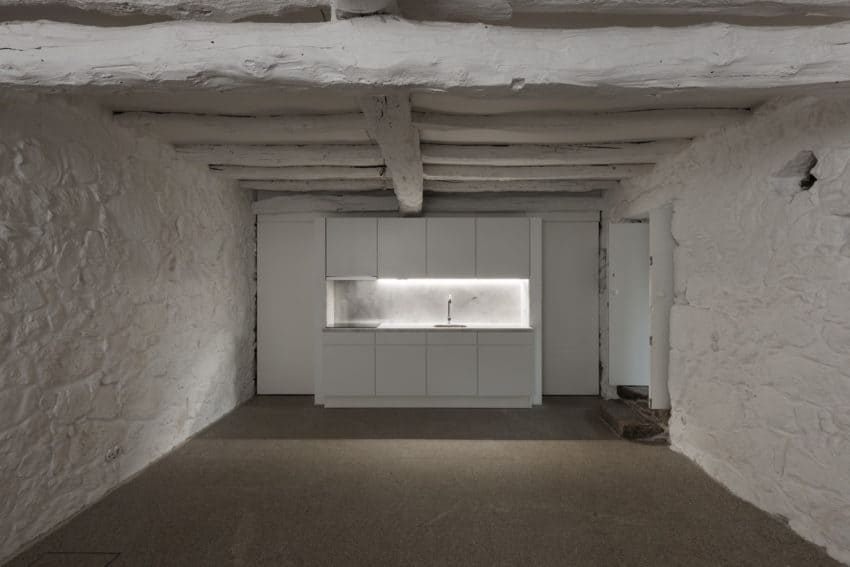 When designers arrived, they discovered an impressive little country dwelling that consisted of its original two floors; an animal shelter on the bottom (as was the custom for country homes in the area in decades past) and a family dwelling above that, on an upper floor. They used this unique structure to create a stunning holiday home that rehabilitated the inside even as it kept the original building’s integrity.
View in gallery 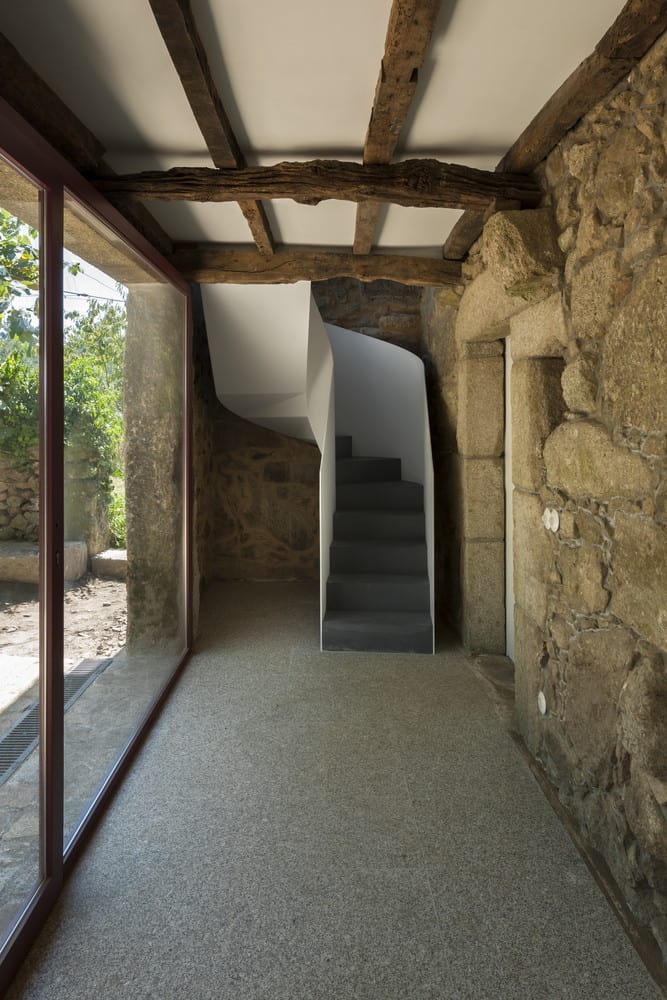 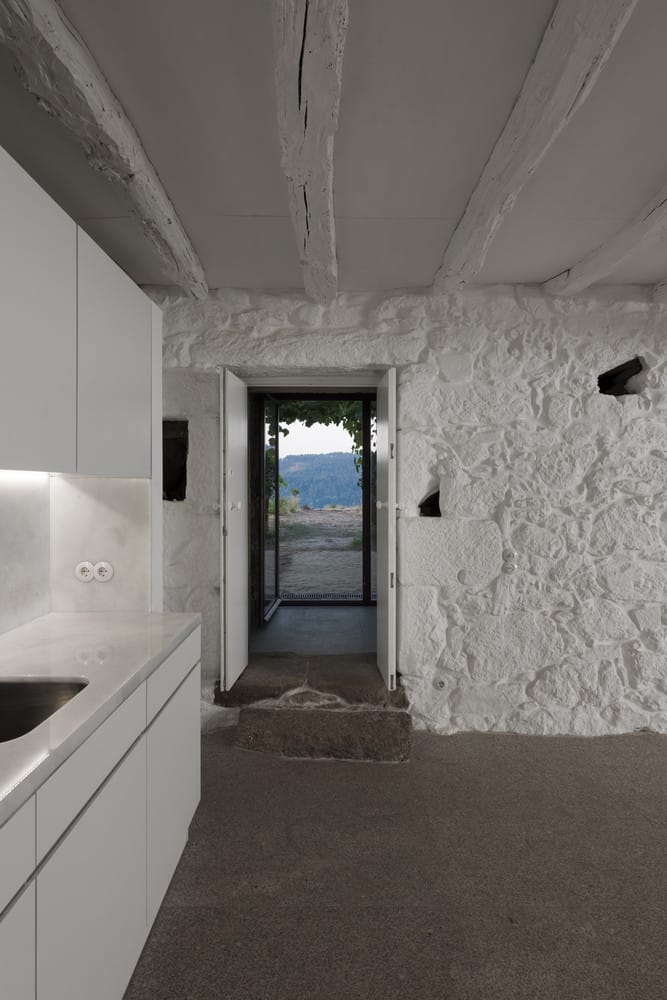 From the moment designers laid eyes on the house, the concept of “reuse” was a central tenet of their designs. The goal was the preserve the history of the house and create continuity between that and its renewed future. Architects adapted certain aspects of the home to make it more functional for modern life and added some contemporary decor to create a contemporary sense of domestic comfort.
View in gallery 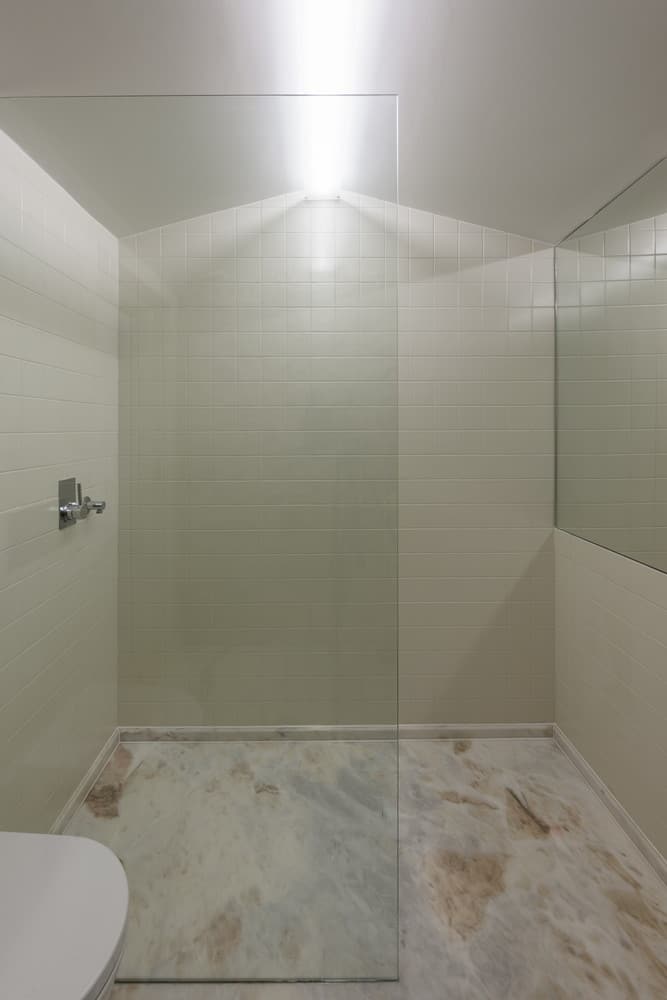 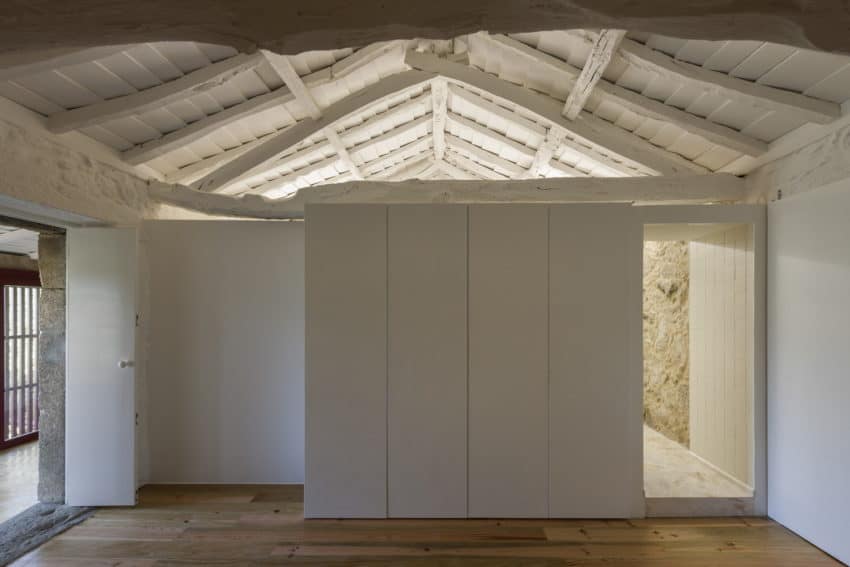 At the same time, however, teams aimed to speak the same “architectural language” as the original house within their work. They used old construction techniques originally developed for working with the local stone and wood materials found in the existing building. This perfectly blended a traditional aesthetic typical of the region with a new and desirable space for new owners and visitors.
View in gallery 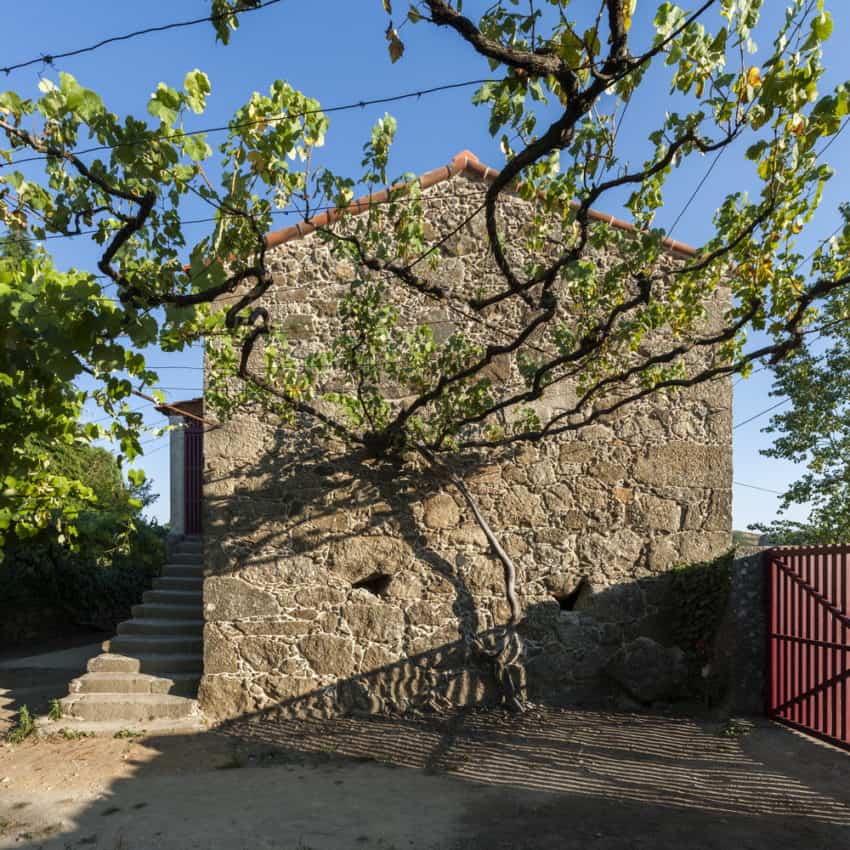 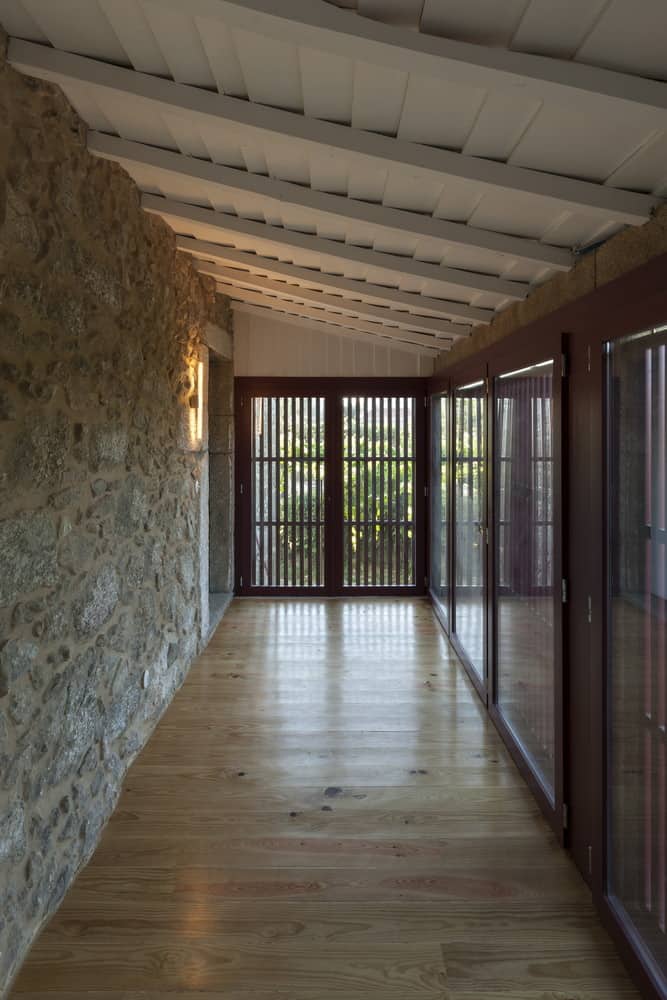 Now, guests encounter shiningly new white and polished wood surfaces that have clearly been redone without too much modernity. At the same time, however, they see the natural texture of the original stone walls both inside and out. They’re also greeted with the original yard where a small country farm once functioned; only, this time, they can see the beauty of that yard from the inside too, thanks to modern glass patio walls the open to create fantastic space and flow.
View in gallery 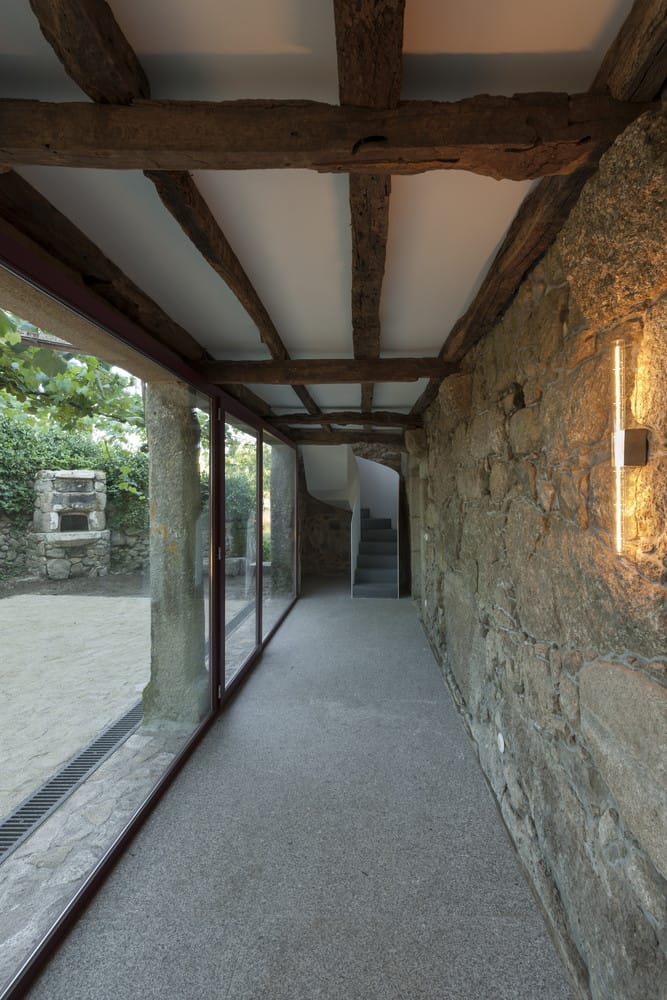 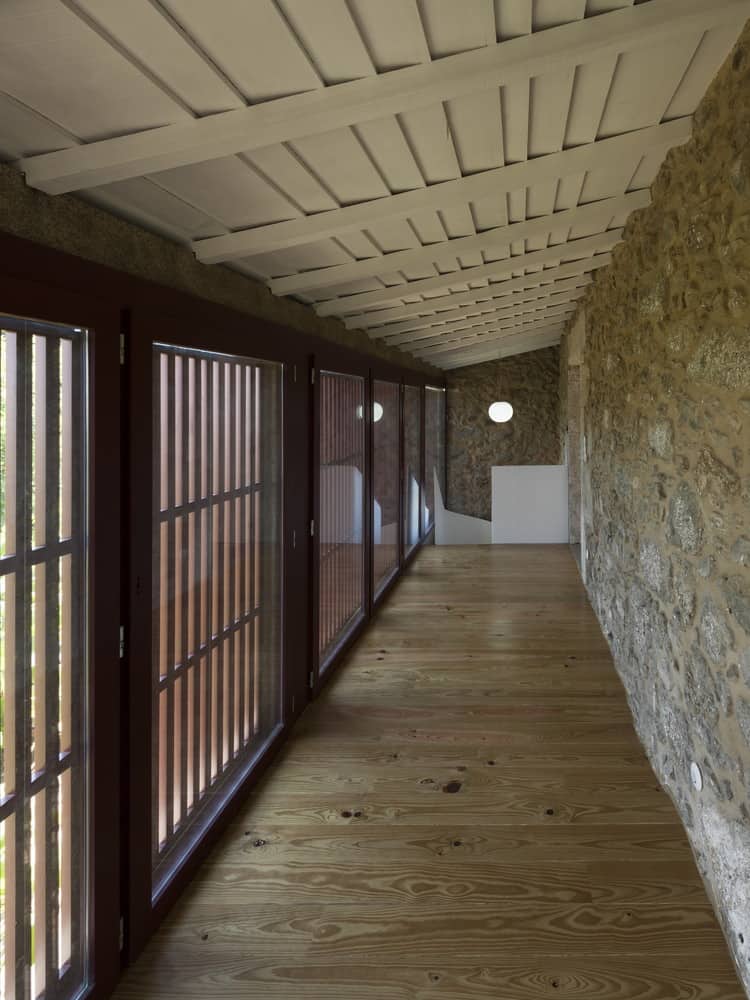 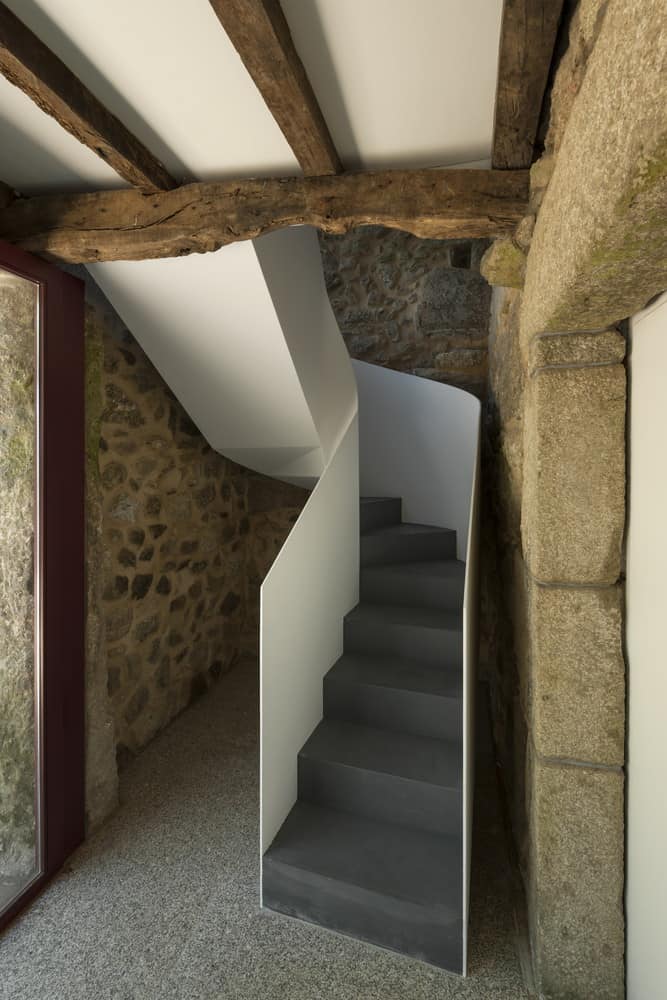 Spaces that have been overtly updated, like the bathrooms and the stark, angular staircase, hardly take away from the history of the building. Instead, they make the traditional elements of the house stand out such that their beauty can’t be ignored.

Chalet One Oak, a retreat near Megeve Ski Resort in France, gives a unique blend of rustic and swanky

Magnificent House with Walls of Stone, Brick, and Wood that Reflect an air of Yesteryear