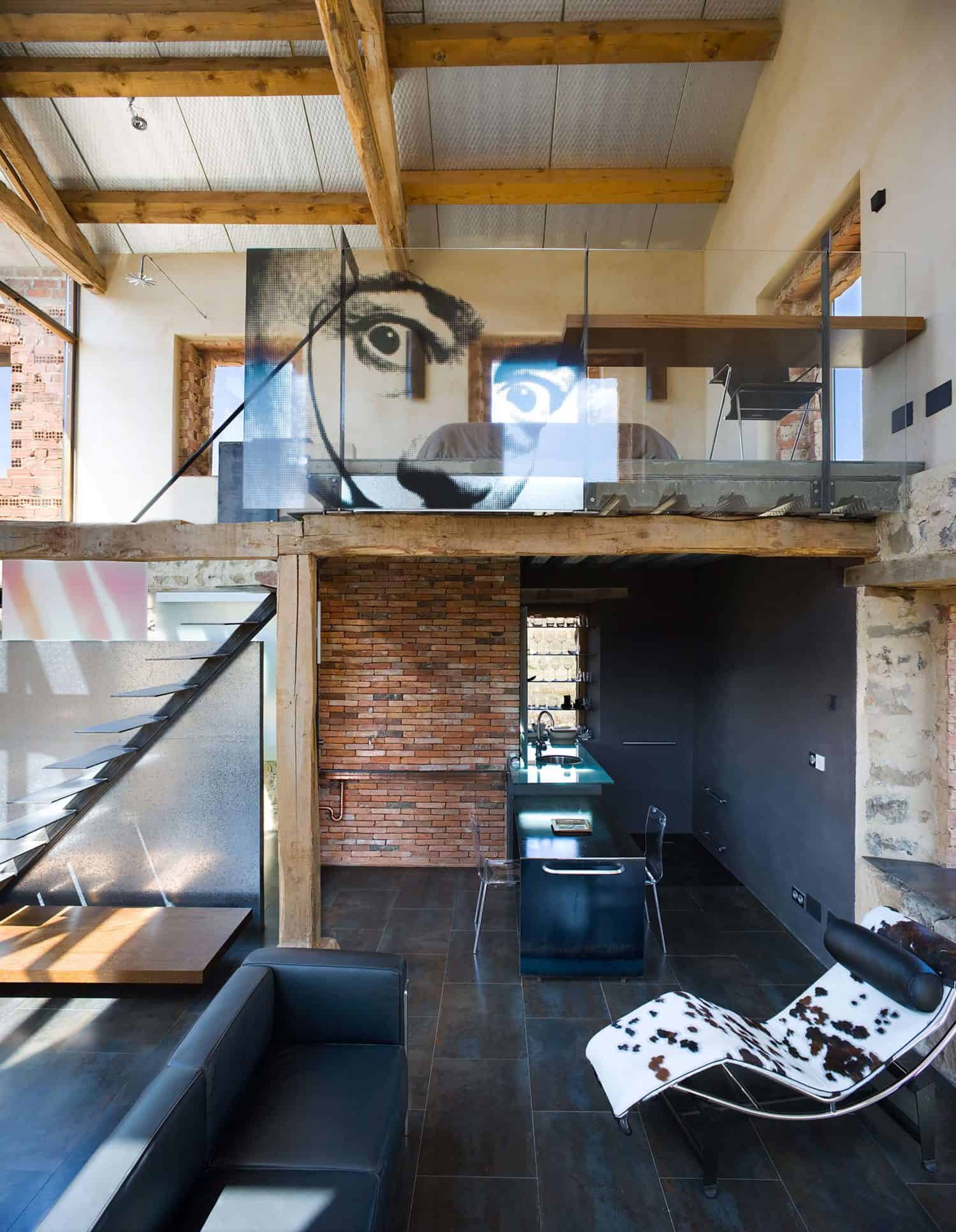 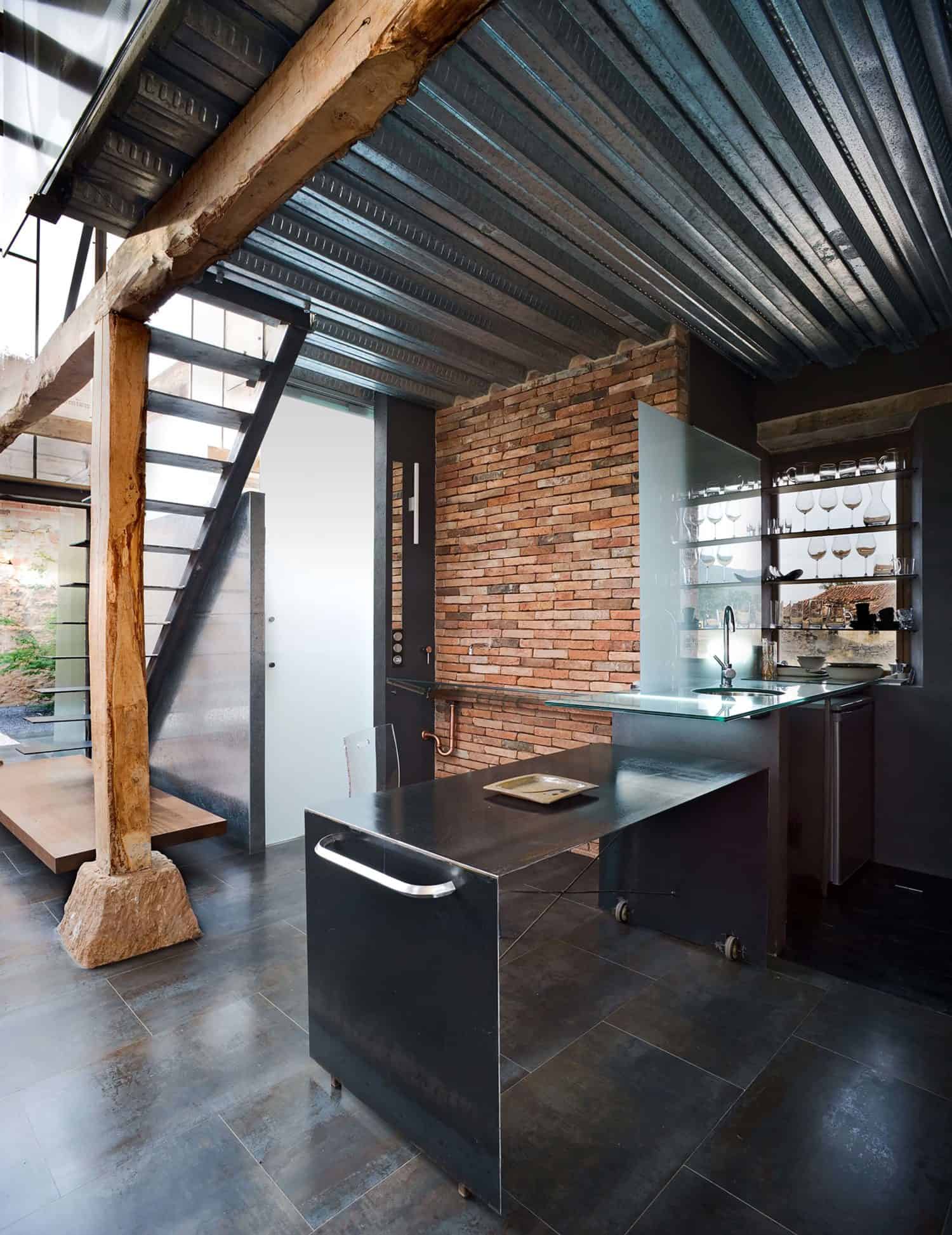 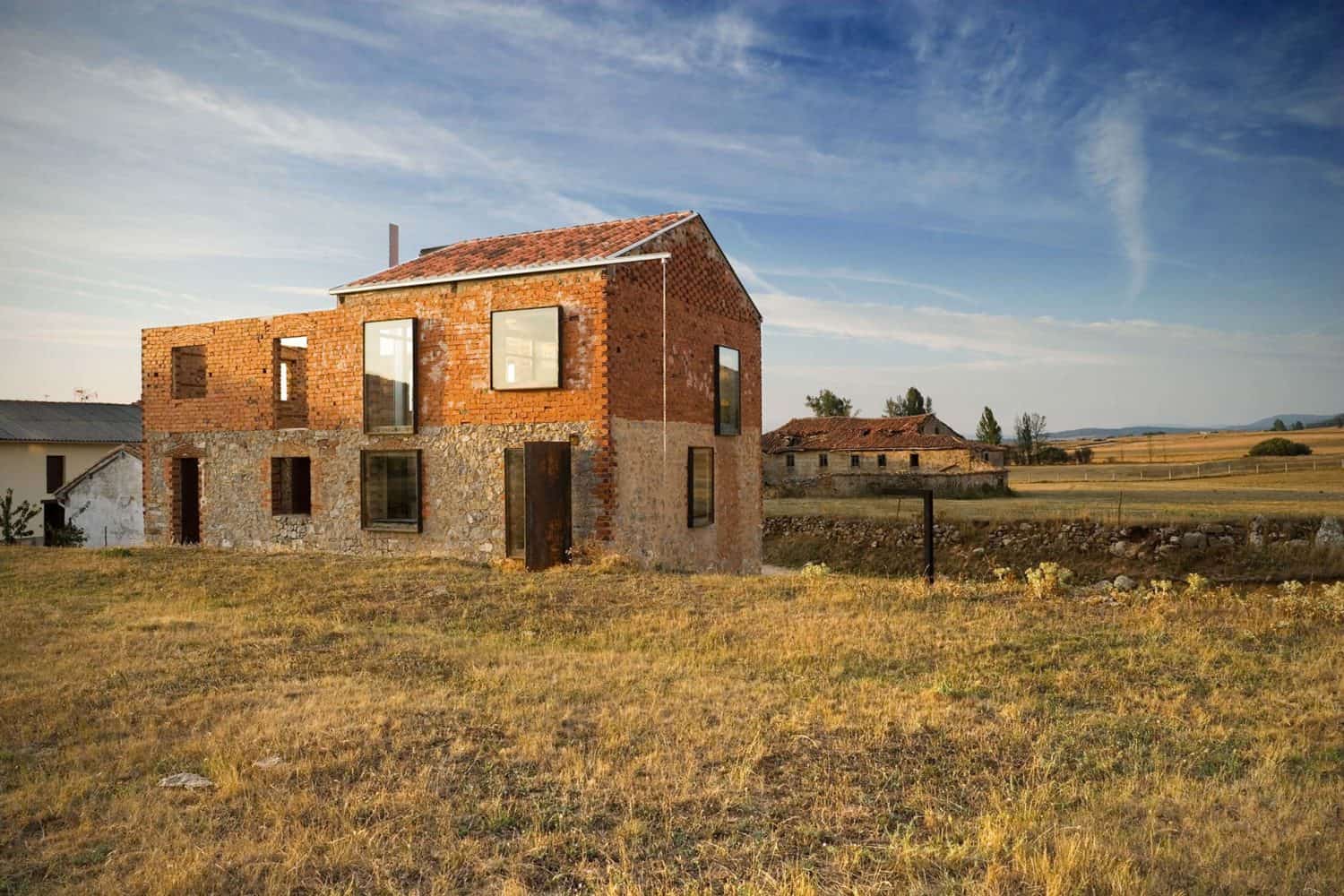 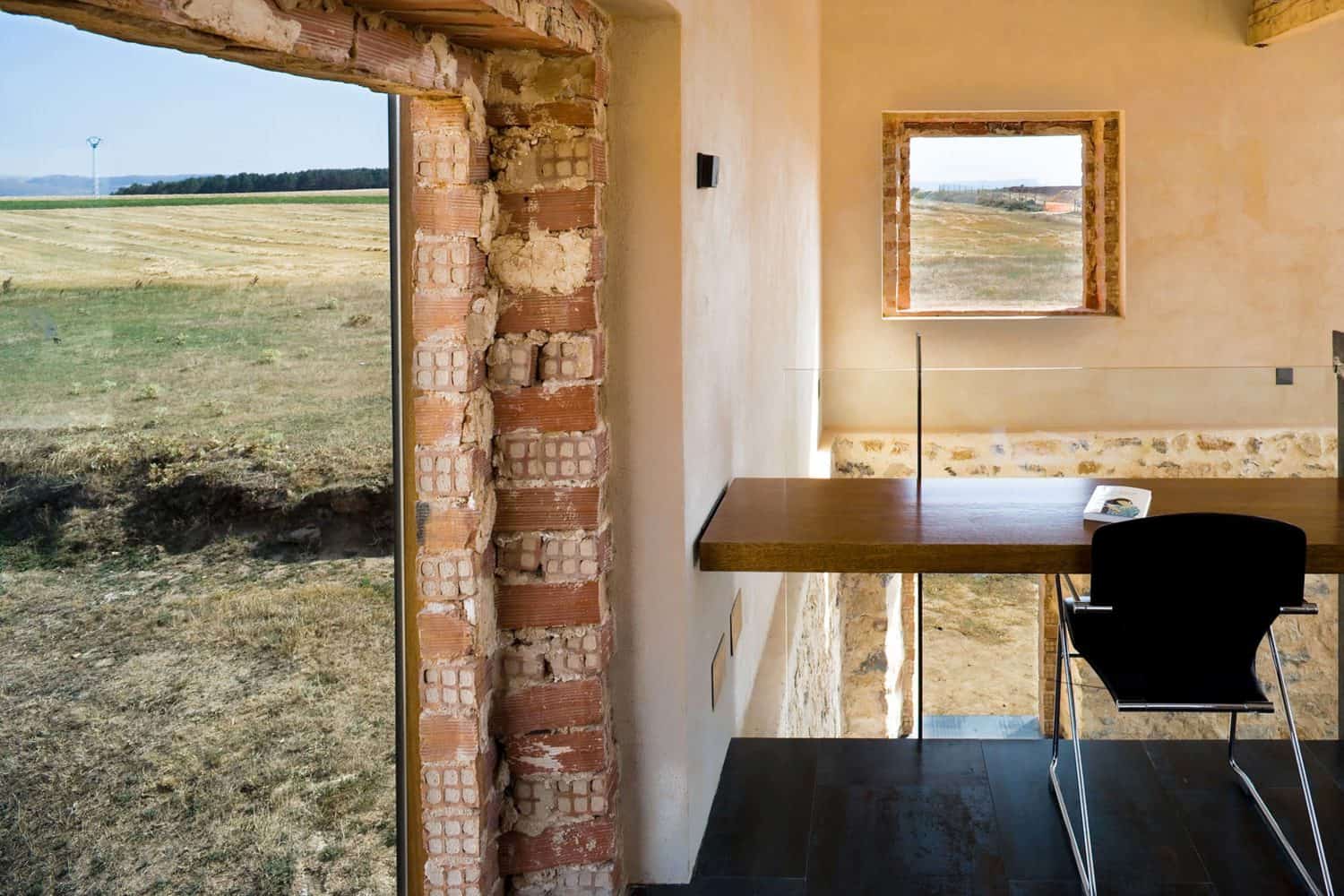 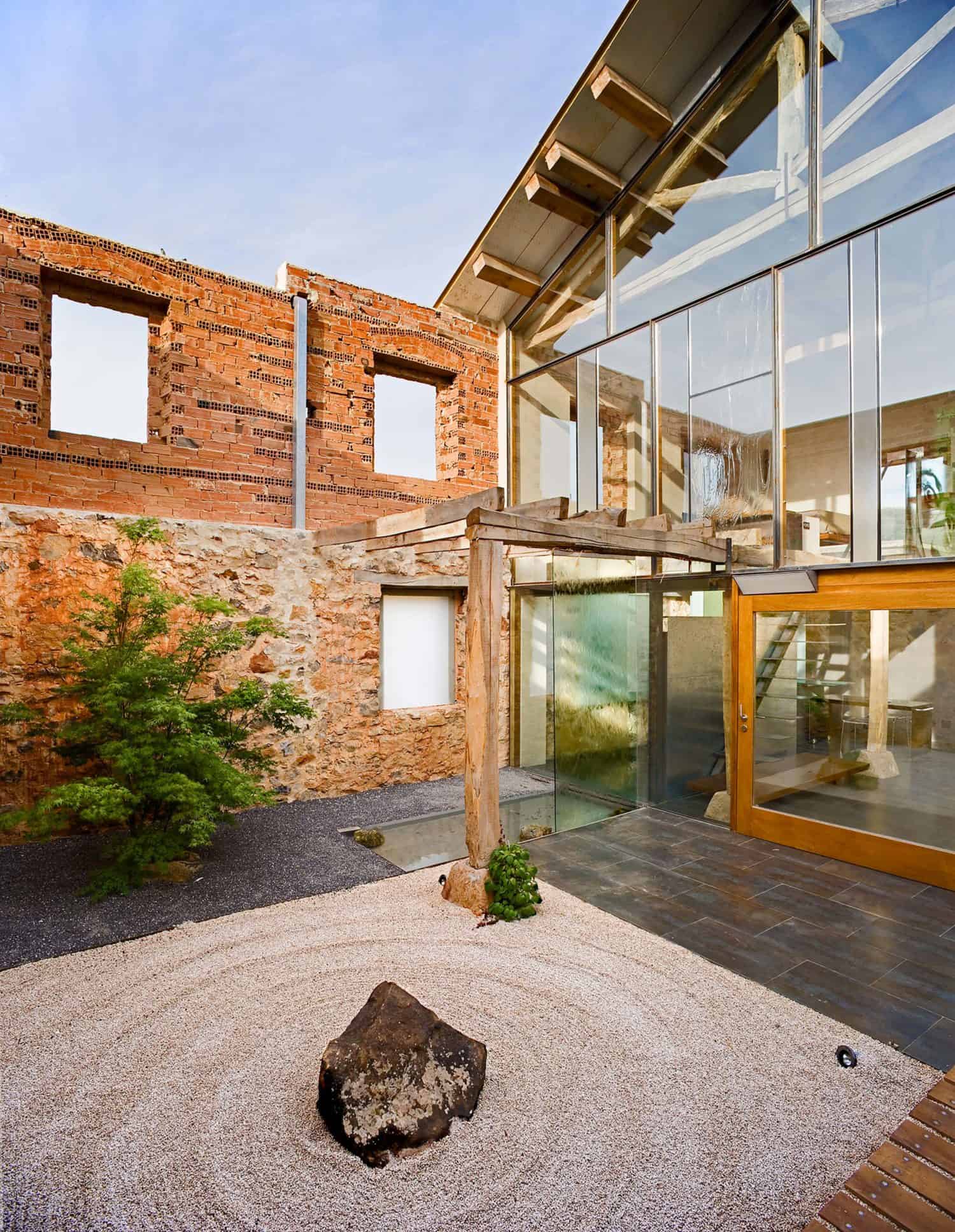 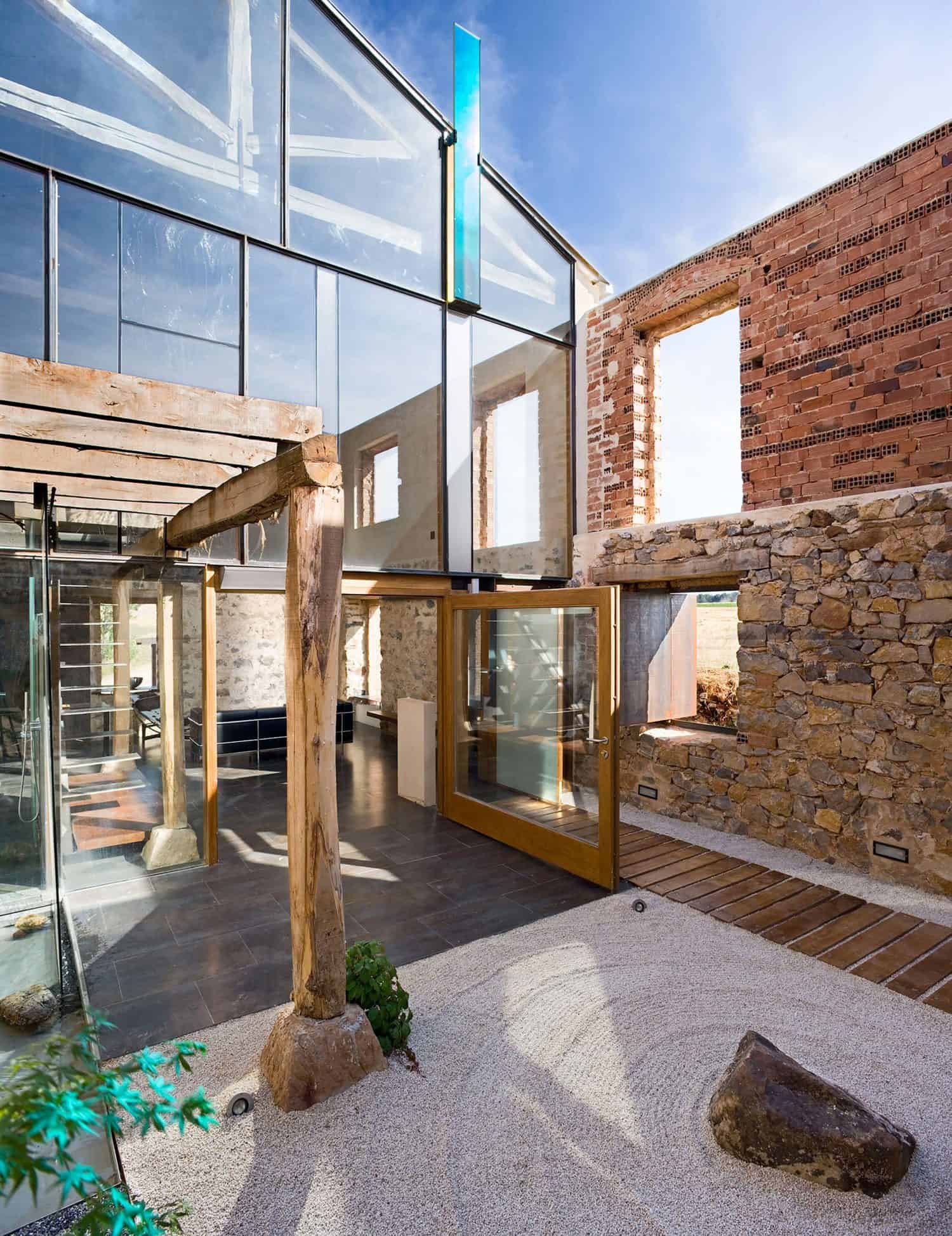 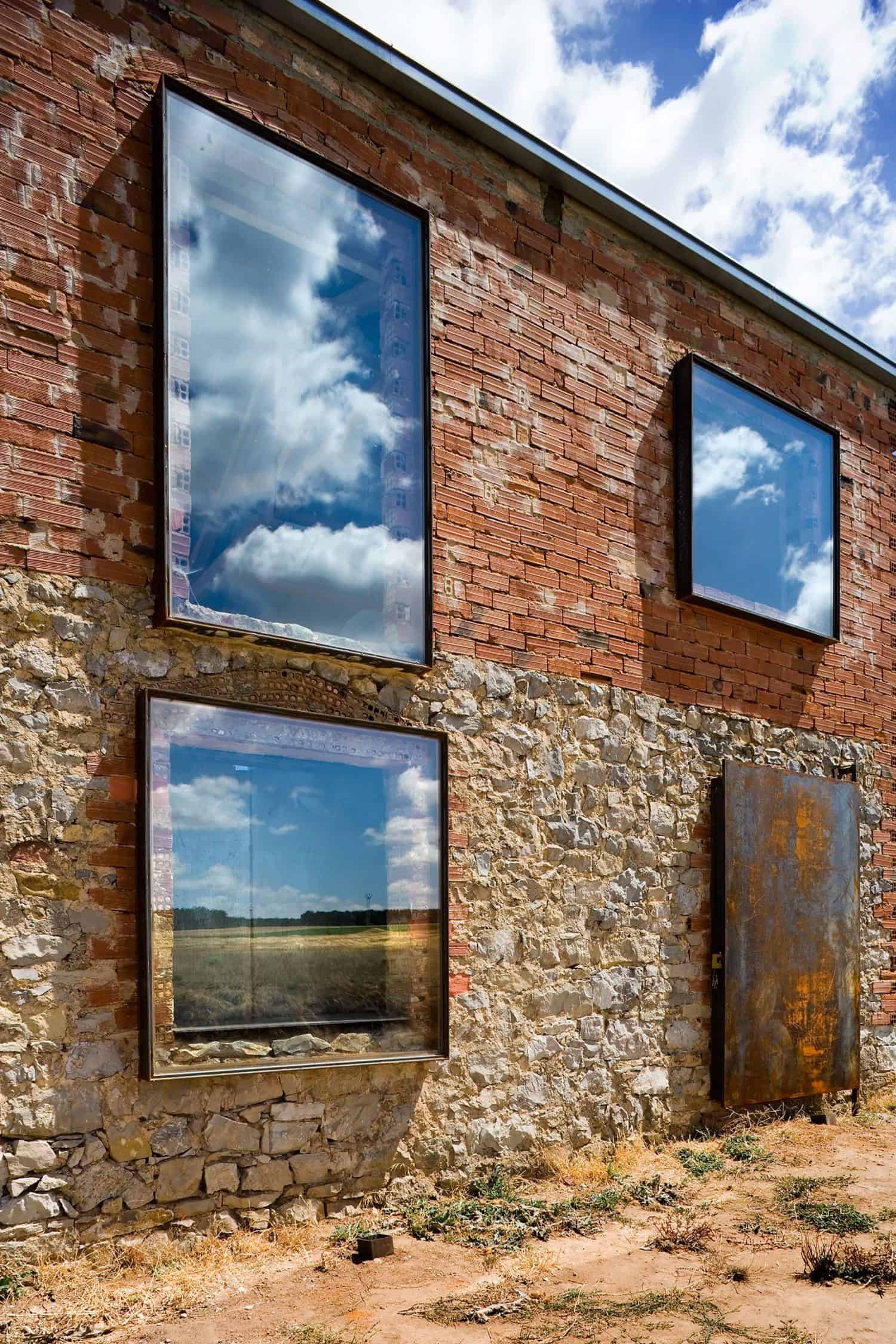 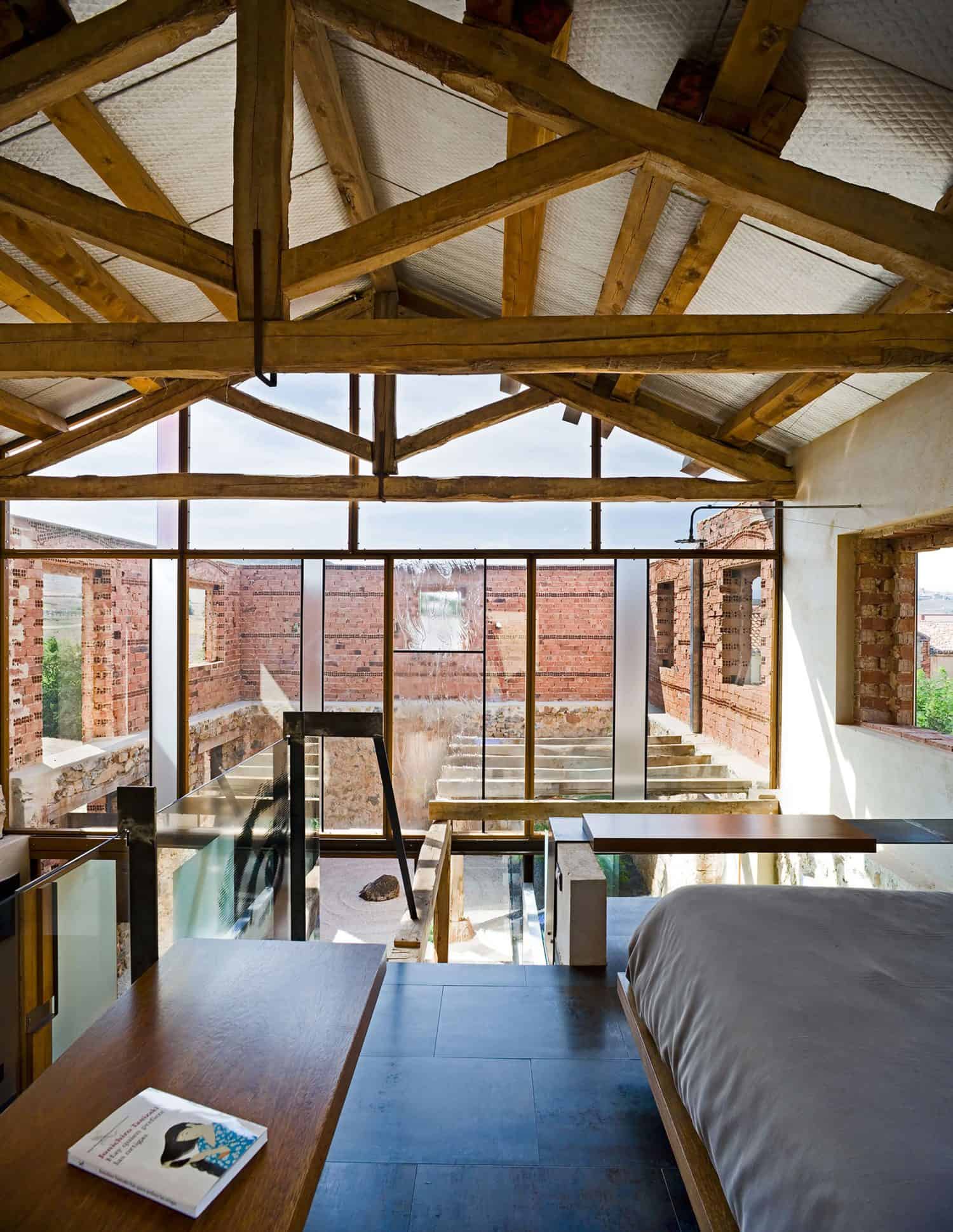 In a small village in the North of Spain, designer and architect Jesús Castillo Oli discovered a simple, ruined structure that, though inhabitable the way it was, held a lot of potential. That reinvigoration project was how the Transformed Ruins Loft was born!

Nestled on the outskirts of Porquera de los Infantes, in a rolling green meadow, the rehabilitated home still bears the original walls and bricks that were originally discovered by the architect. He wanted to preserve as much of the history of the place as possible in order to pay homage to its little local area, where only 32 inhabitants reside.

Despite the desire to keep the old elements of the loft as an explicit part of the new house, the design team allowed for, and even embraced, a demarcation between where those stones and bricks stop and where new, more modern materials begin. This creates a stunning contrast that shows the flawless blending of contemporary housing with historical buildings and areas.

Now that is is finished, one of the most striking features of the house (besides the loft itself) is the way the windows sit in the old brick. They are large, pristine, and framed in black, designed to let as much natural sunlight into the home as possible. The way these modern fixtures nestle into the old red wall of the original ruin is nearly breathtaking and highlights the beauty of the winder glass walls in the modern part of the house as well.

Another extremely notable feature is the inner courtyard. Despite the sprawling lands around the house, which are also taken advantage of in the form of outdoor seating and lovely patios, design teams wanted to build a calmer, quieter inner space that’s still out in the fresh air but a little more private. That’s how the brick walled and sunny rock garden became a little pocket of zen in the centre of the new house.

Even inside the much more modern interior of the house, which obviously had to be built completely anew as the interior of the original was worn away, certain details blend historical and contemporary beautifully. This is perhaps best seen in the way the red bricks are left exposed inside the house as well, or maybe in the thick, reclaimed wooden beams that line the peaked ceiling.

Decor is kept natural, homey, and war, but with a sense of rustic luxury. The open concept layout lets sunlight hit every corner of the room and allows the view from the inner loft pass right through the glass wall, past the inner zen courtyard, and into the fields beyond the house.