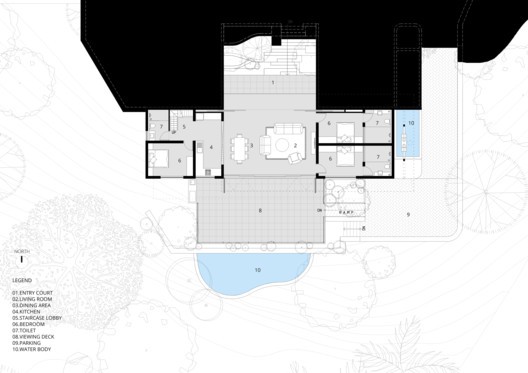 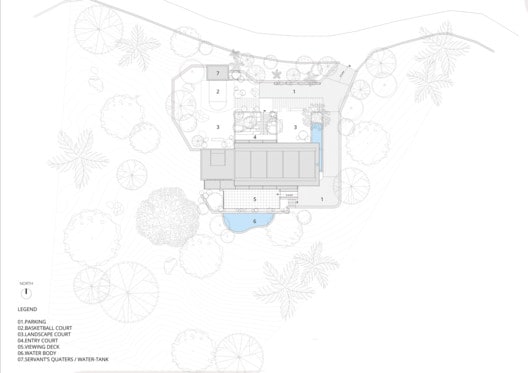 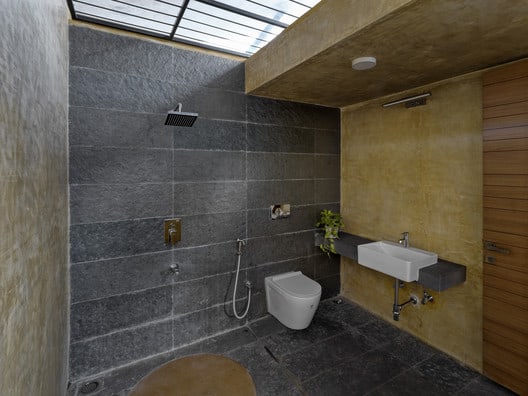 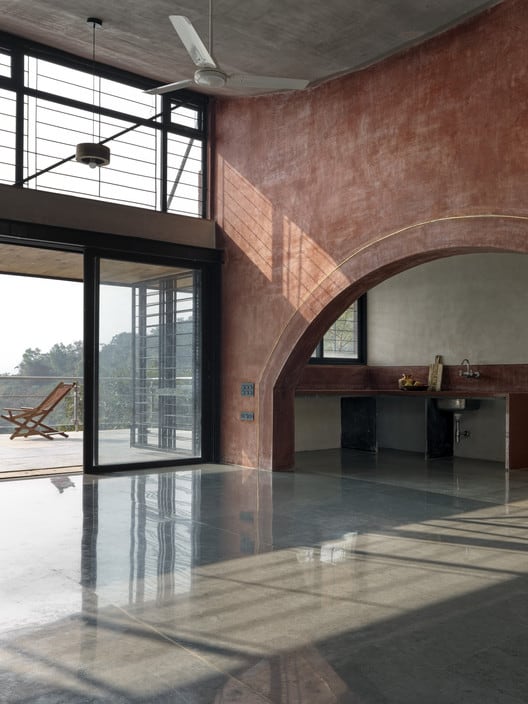 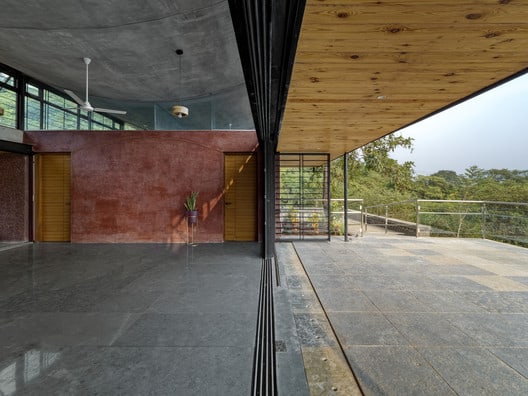 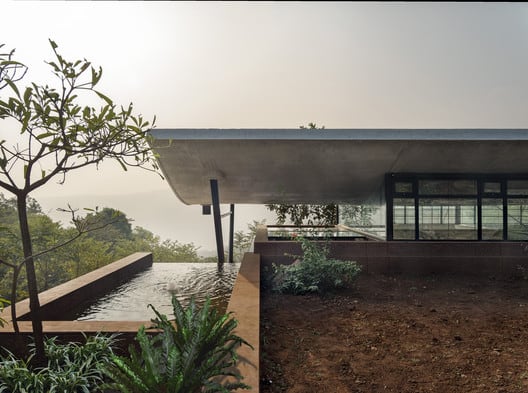 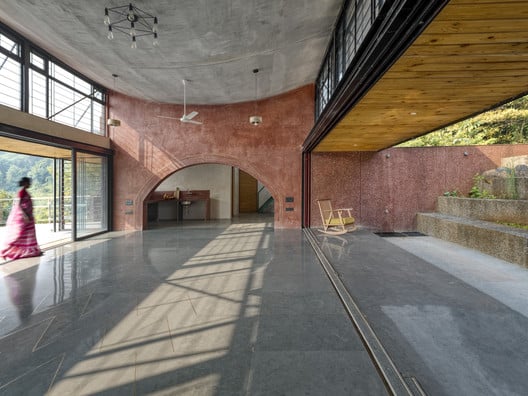 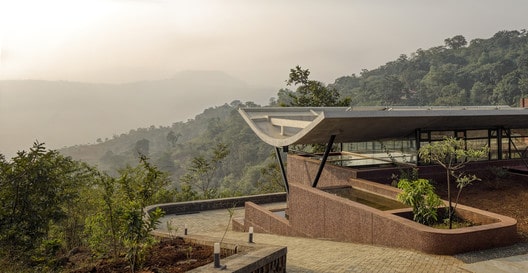 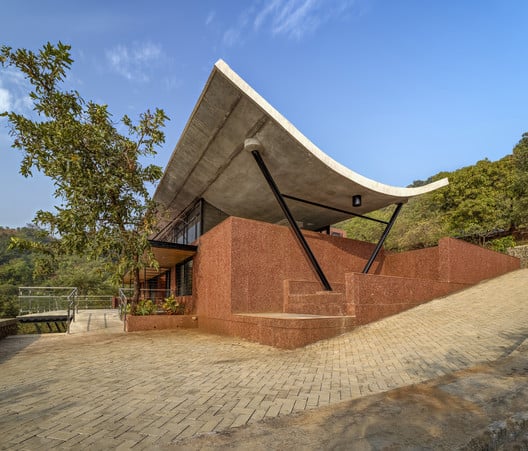 This beautiful home is super easy to notice, beautiful inside and outside. Located in Panshet, India, this 170 square meters home was just finished in 2021.

Built by the talented folks of Red Brick Studio, the Cove House is nestled near the Western Ghats mountains, allowing the owners to get away from the bustling city and away into a picturesque area.

Due to the way the land is near the Panshet Dam, where the home is located, the building had to be created in such a way that it embraces the environment. As the owner wished to have lots of open spaces perfect for large family gatherings and parties, the architects were adamant to deliver.

Instead of building the home on a flat area, they instead used the natural topography to hide away most of the house from view, embedding it into the ground.

The house itself features lots of wood and stone and steel, as well as huge windows. All in all, it blends outdoor and indoor living beautifully.

One of the strongest features of the house is the inverted curved roof that spans across the length of the house. The invested shape enables it to harvest rainwater which is channeled in a series of water bodies that can be used for irrigation. Instead of resting on solid walls all over, most of the roof actually lies on beautiful rows of windows.

Of course, the role of the windows is to allow lots of natural light inside the home, thus enhancing the illusion that you are part of nature inside your own home.

The outdoor stairs are also impressive, especially as they lead straight into the living room, with completely retractable and tuck-away doors.

On the other side, there is a massive deck where the owners can also entertain friends and family.

A really beautiful feature we found to be the courtyard which leads to the entryway, where there’s lots of vegetation and boulders that were found on-site, and didn’t even need a lot of moving.

While the pictures make this house to seem like one large open space, there are actually plenty of rooms, including a massive living room, a dining area, kitchen, bedrooms, and bathrooms.