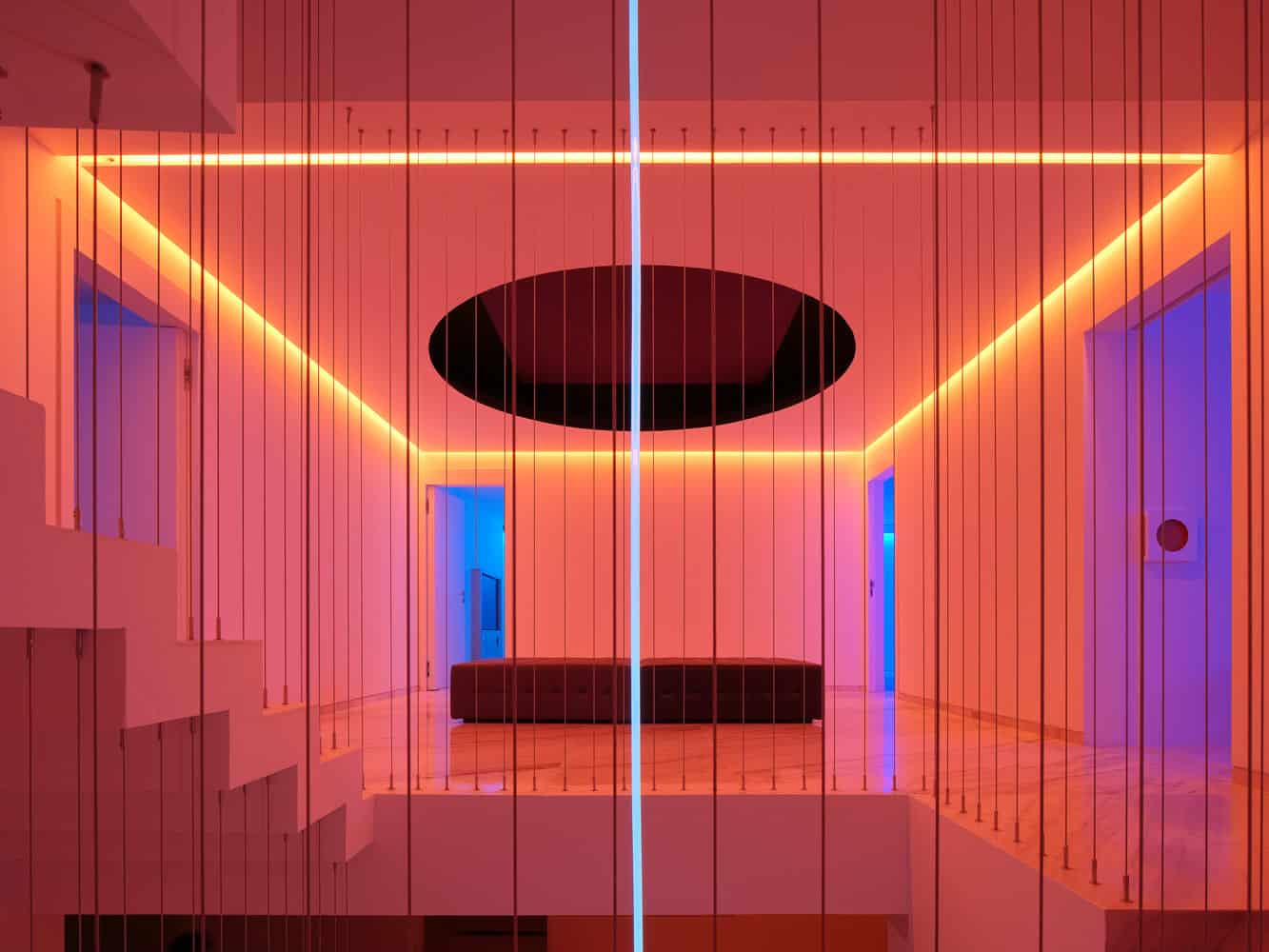 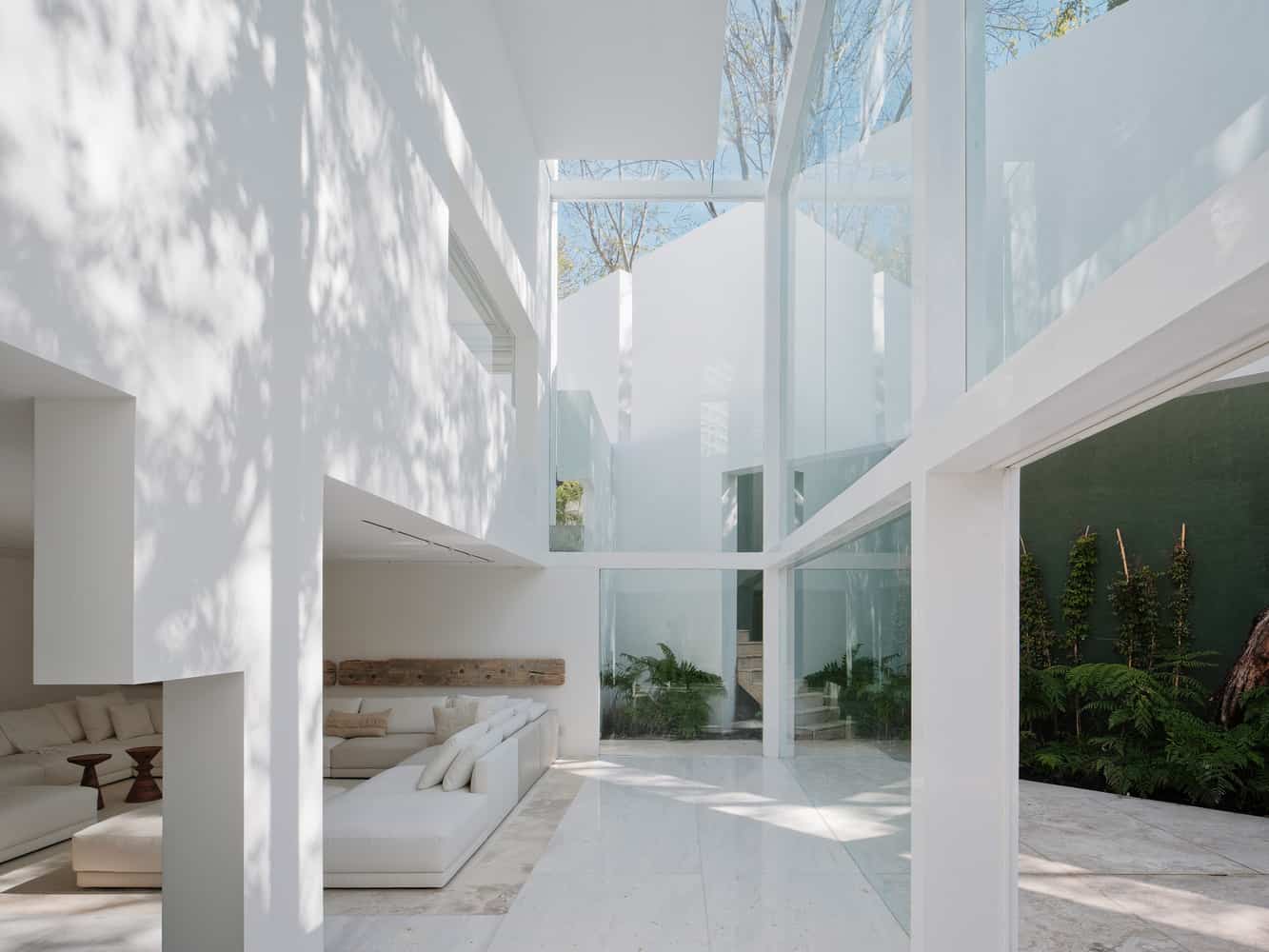 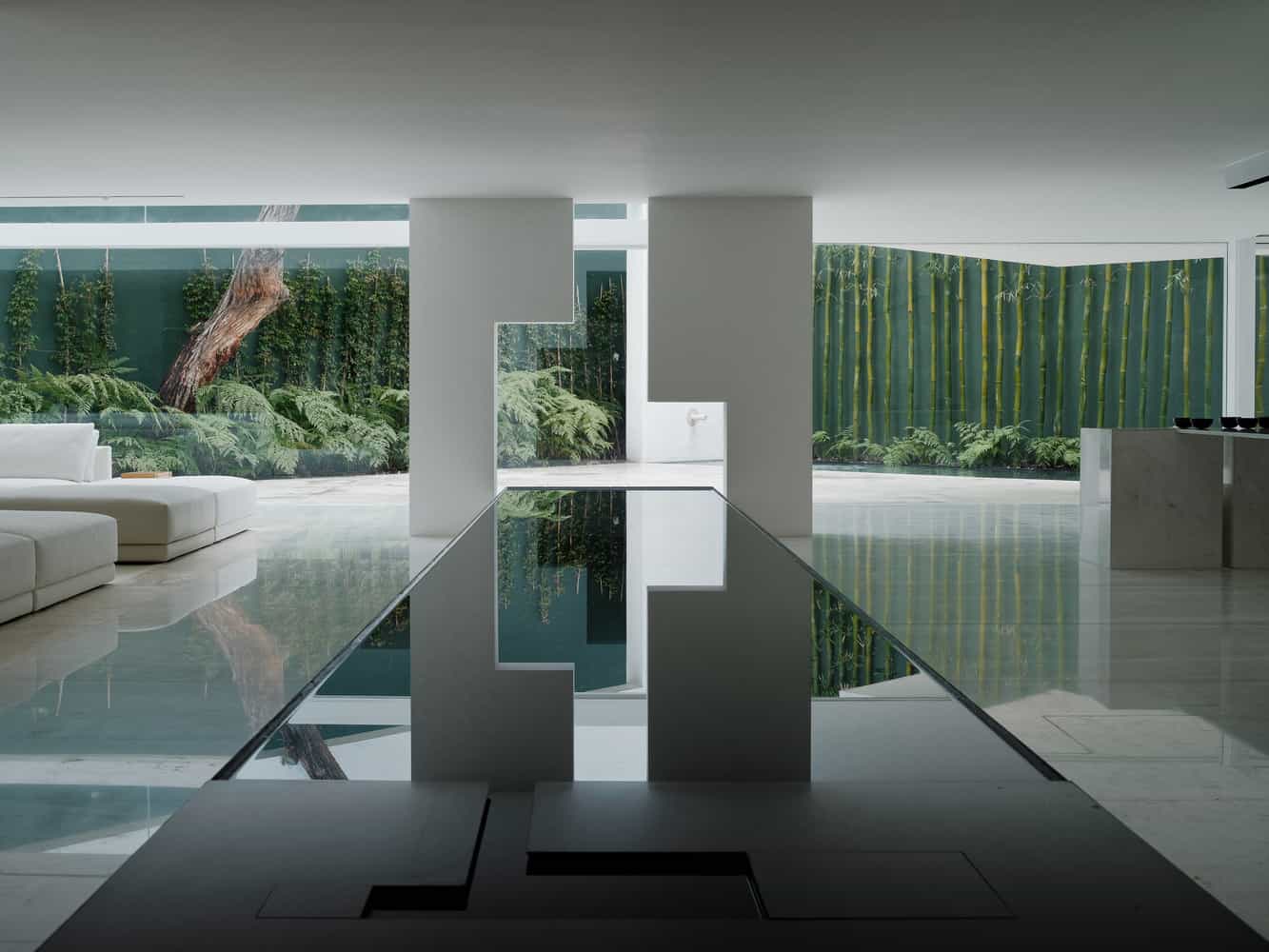 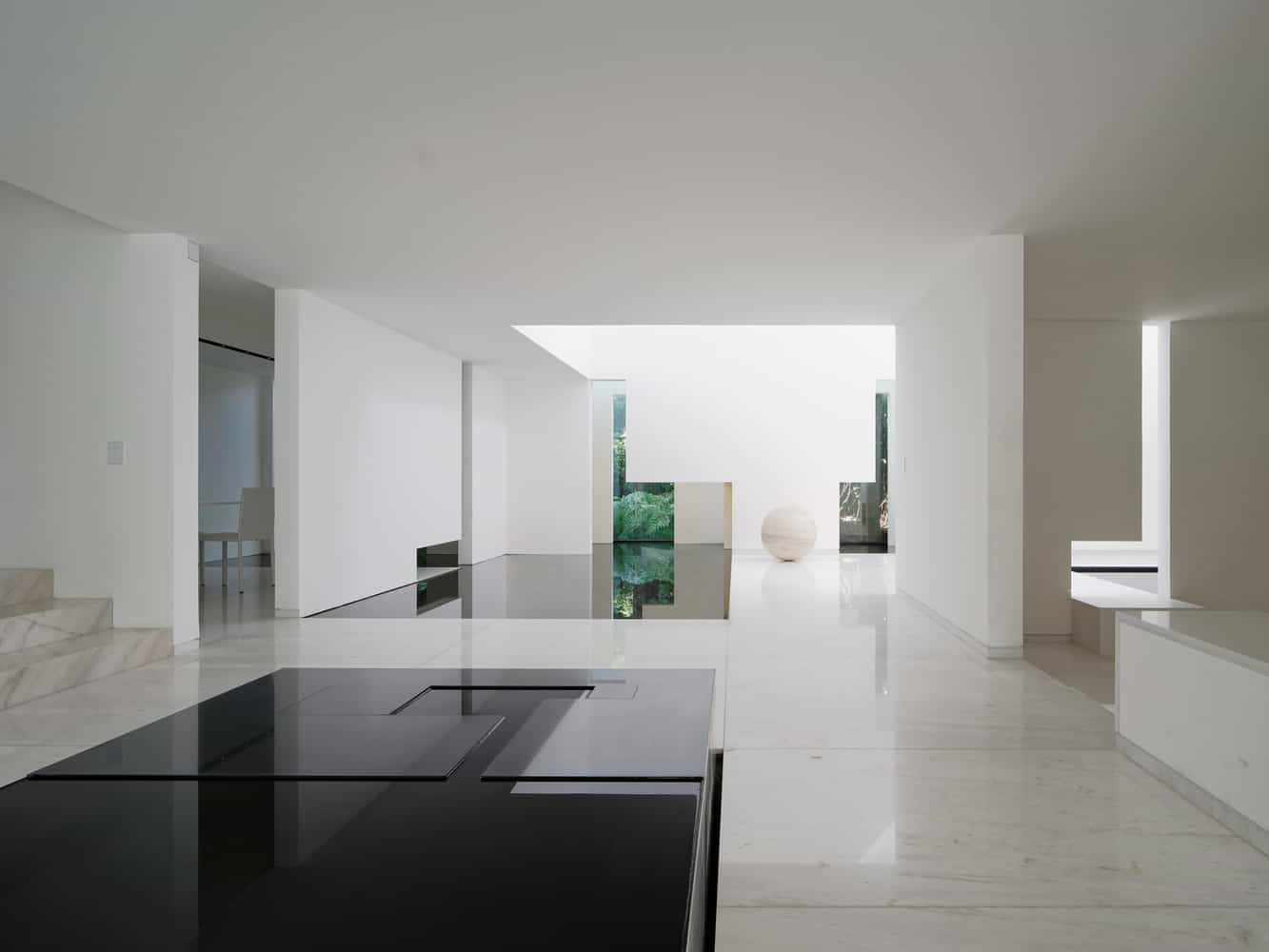 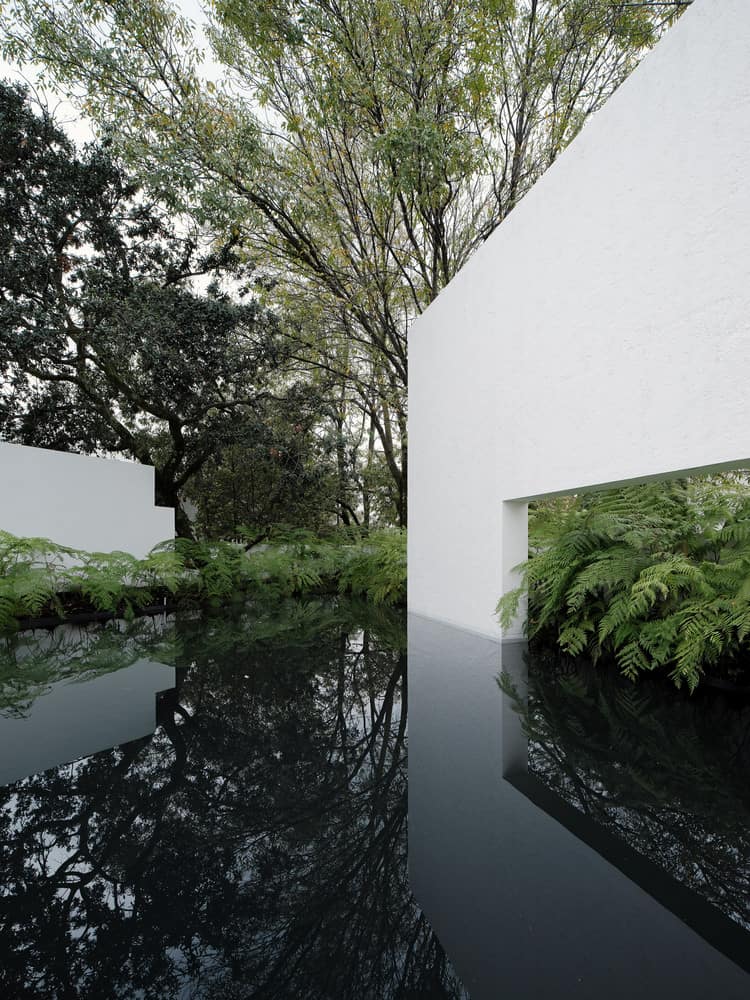 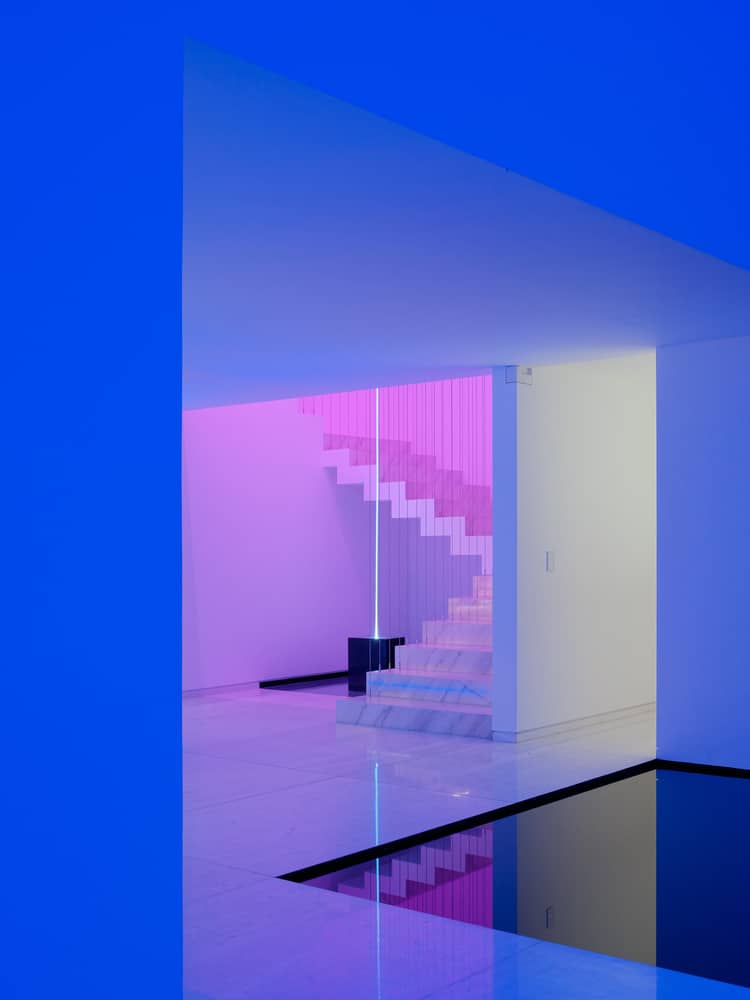 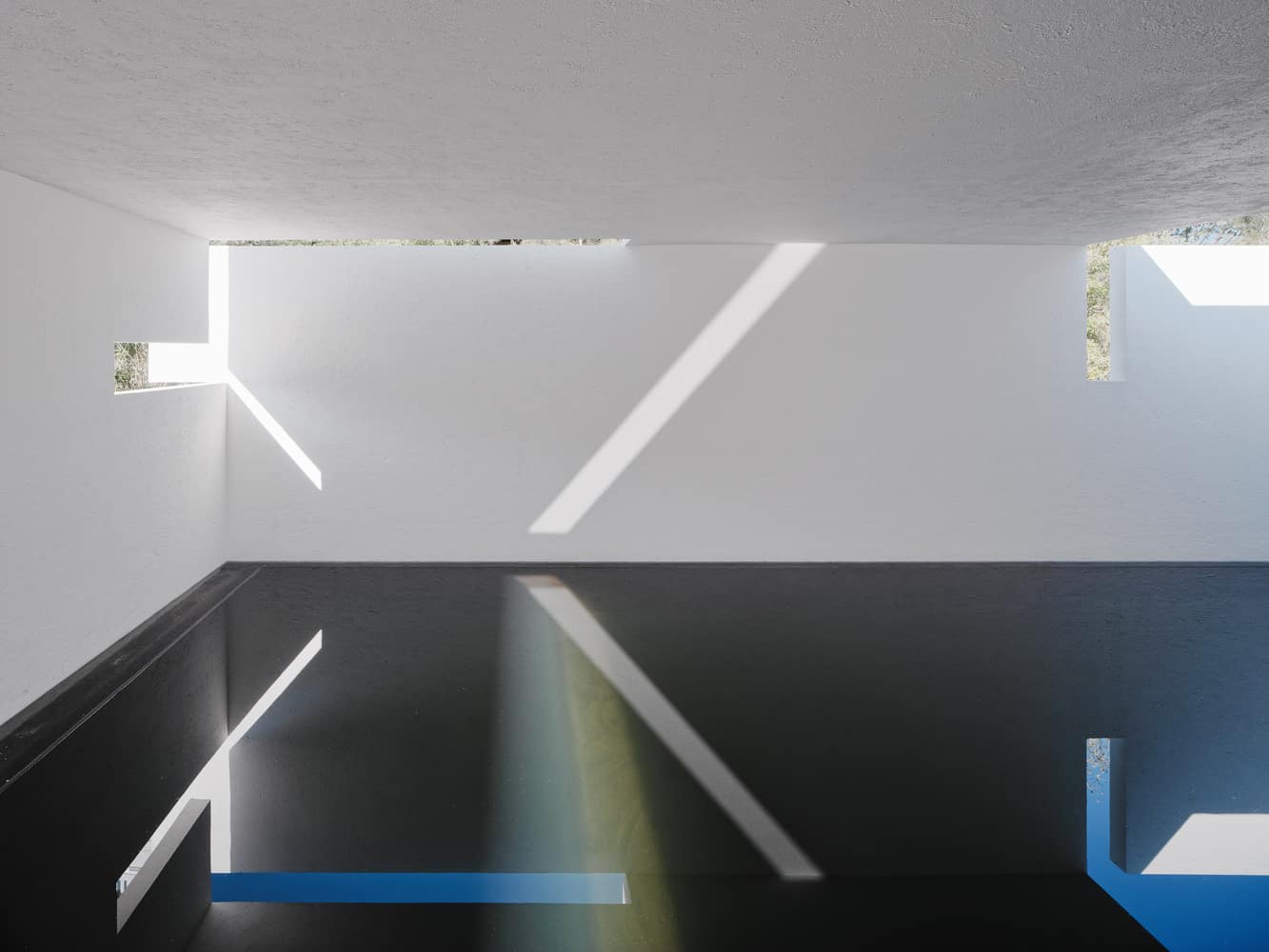 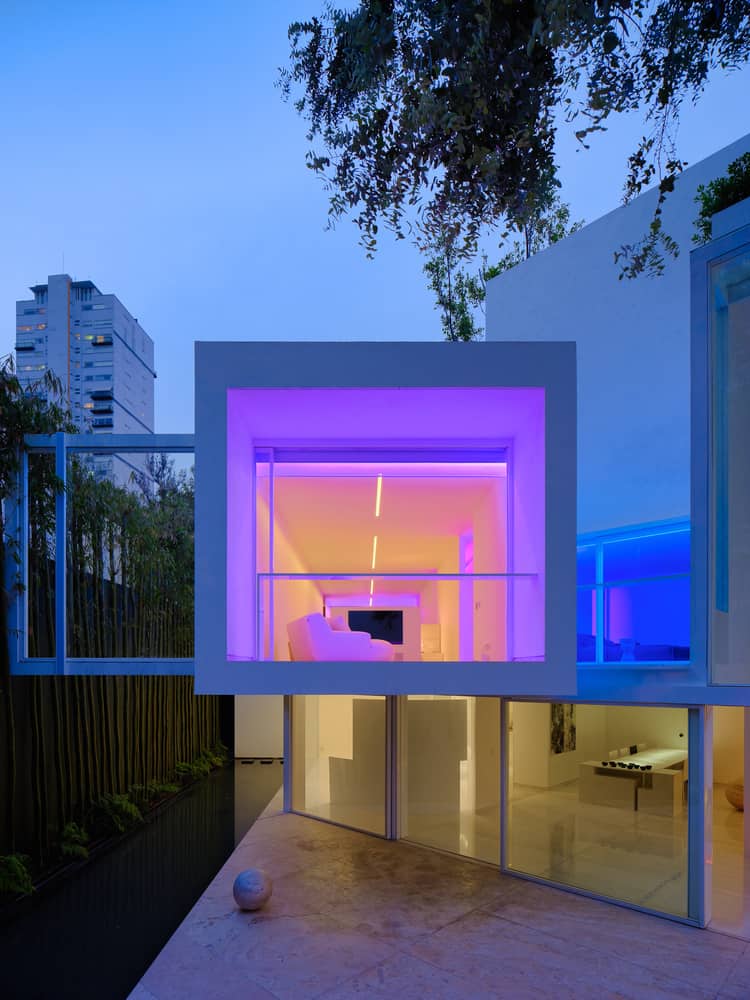 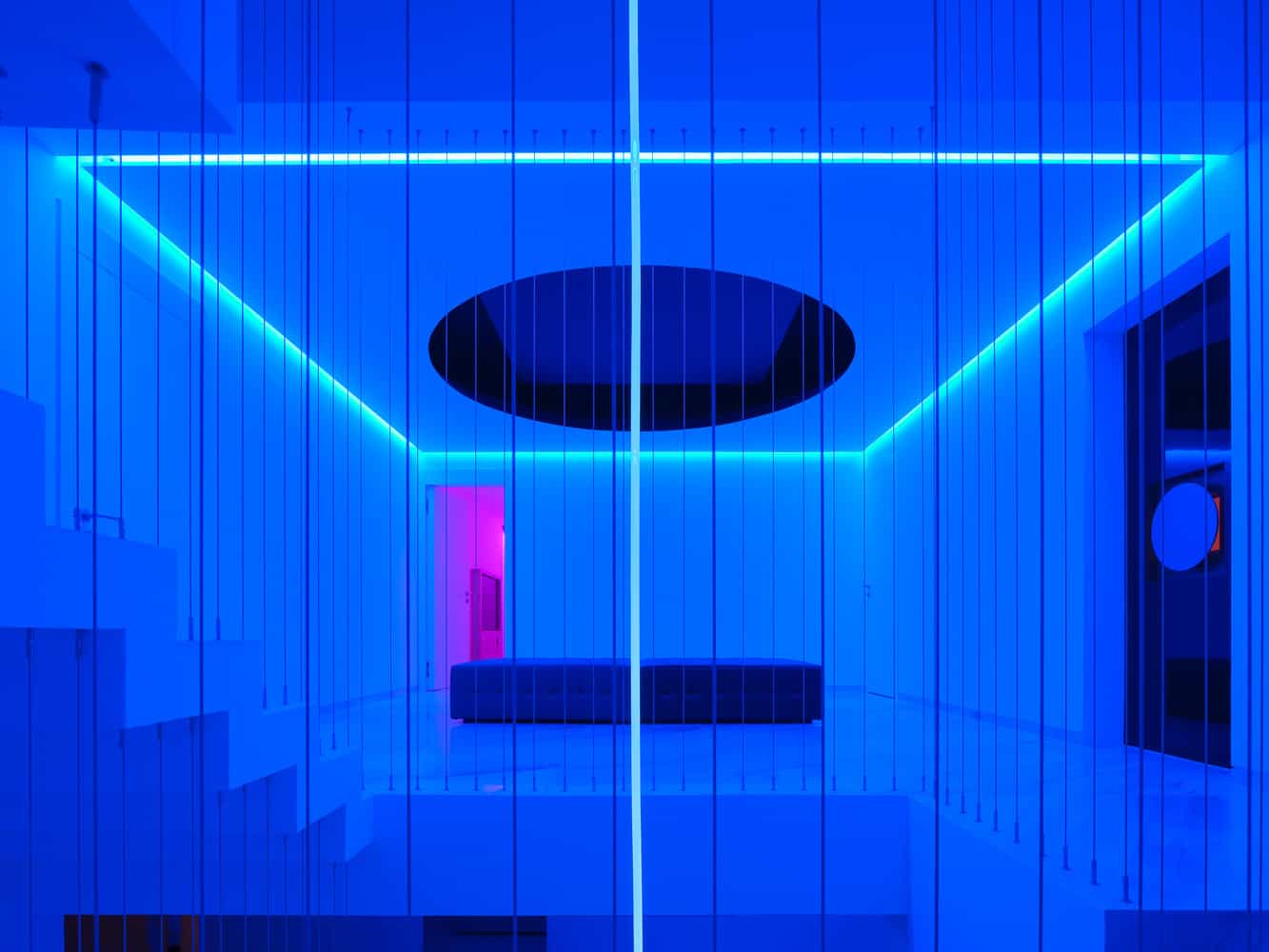 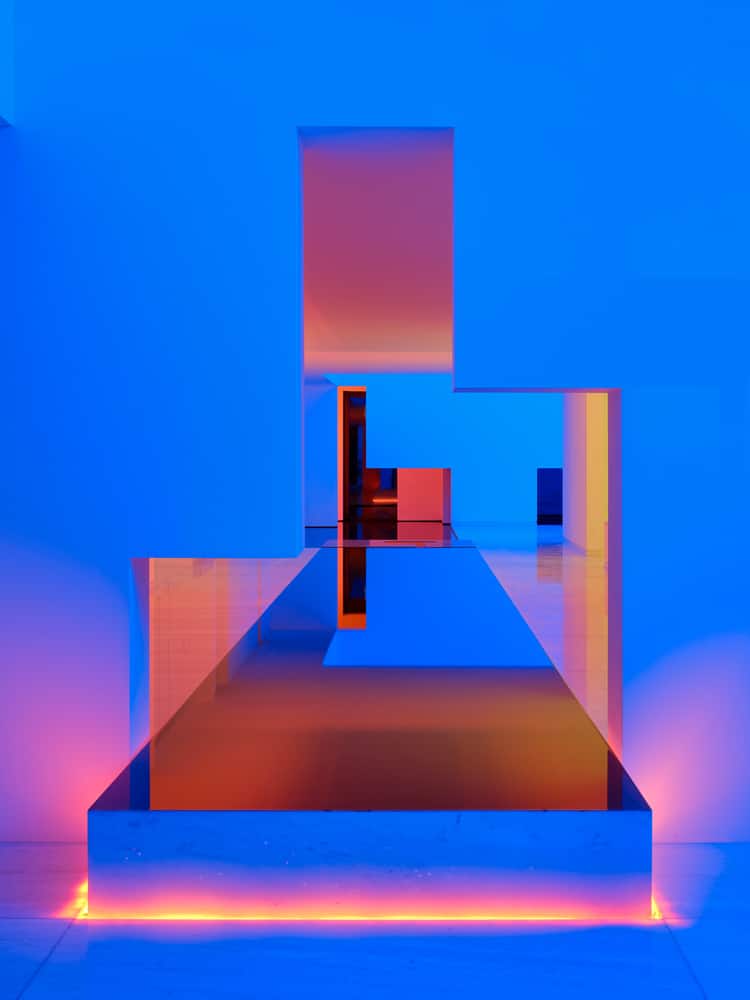 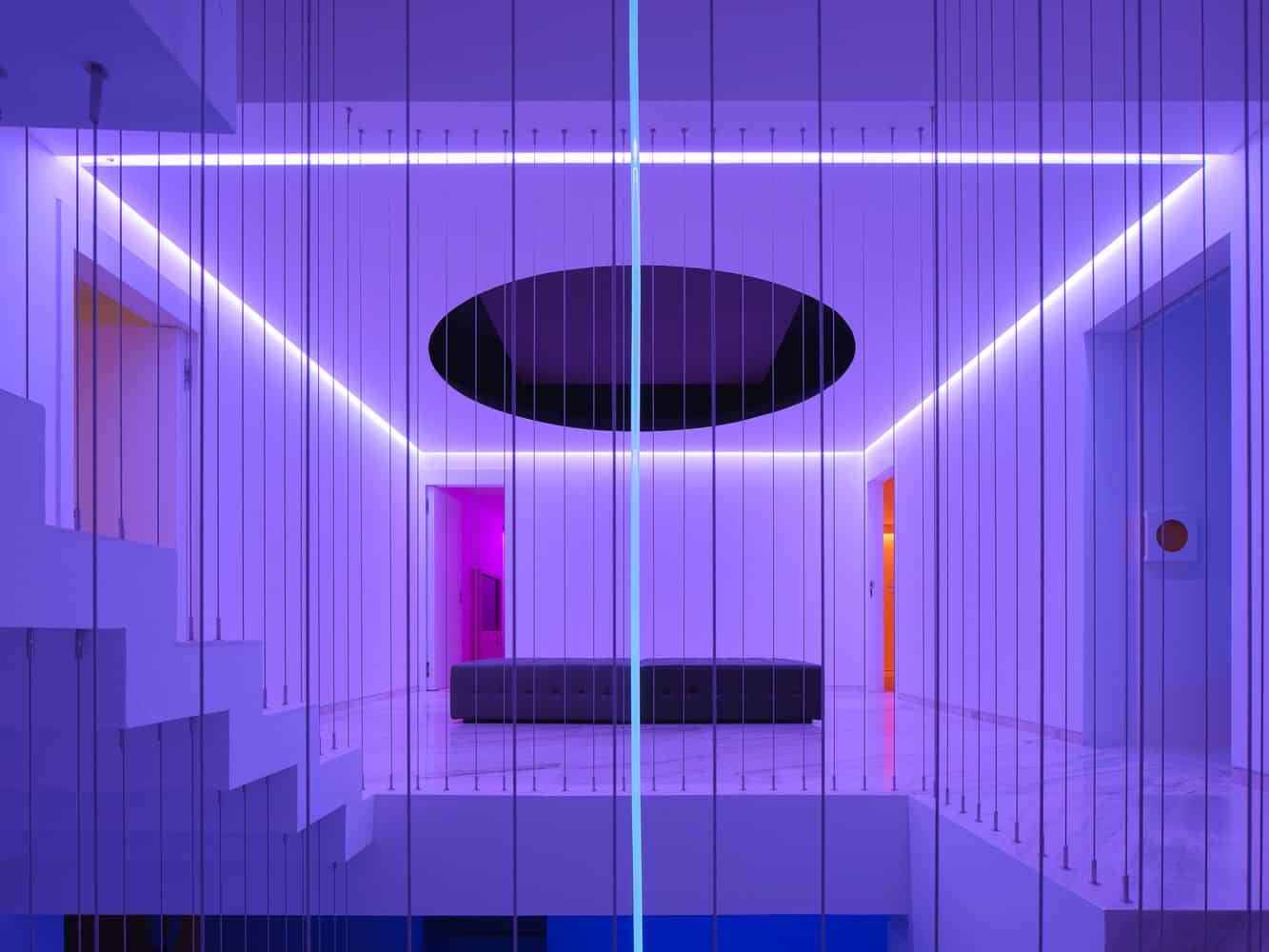 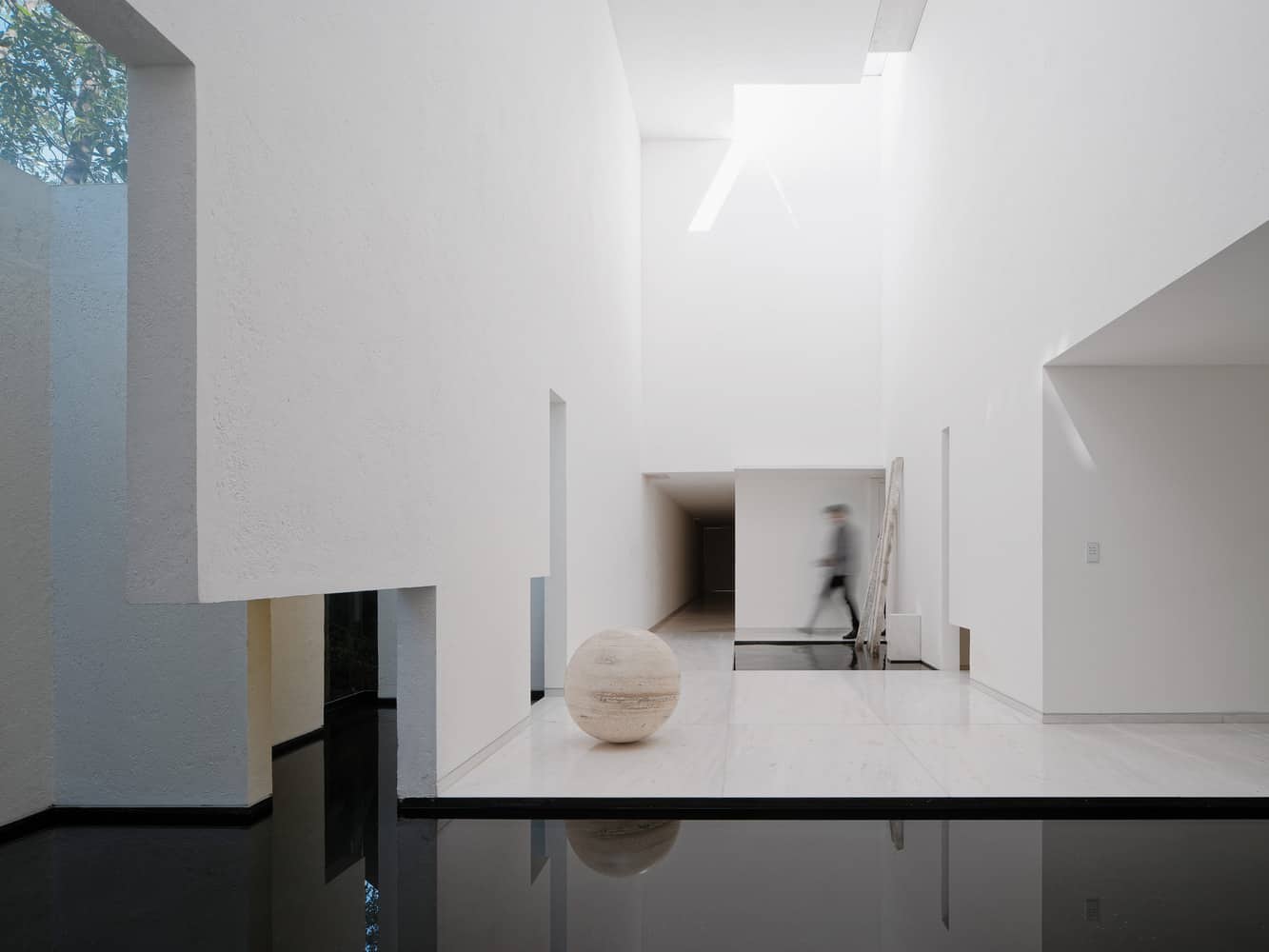 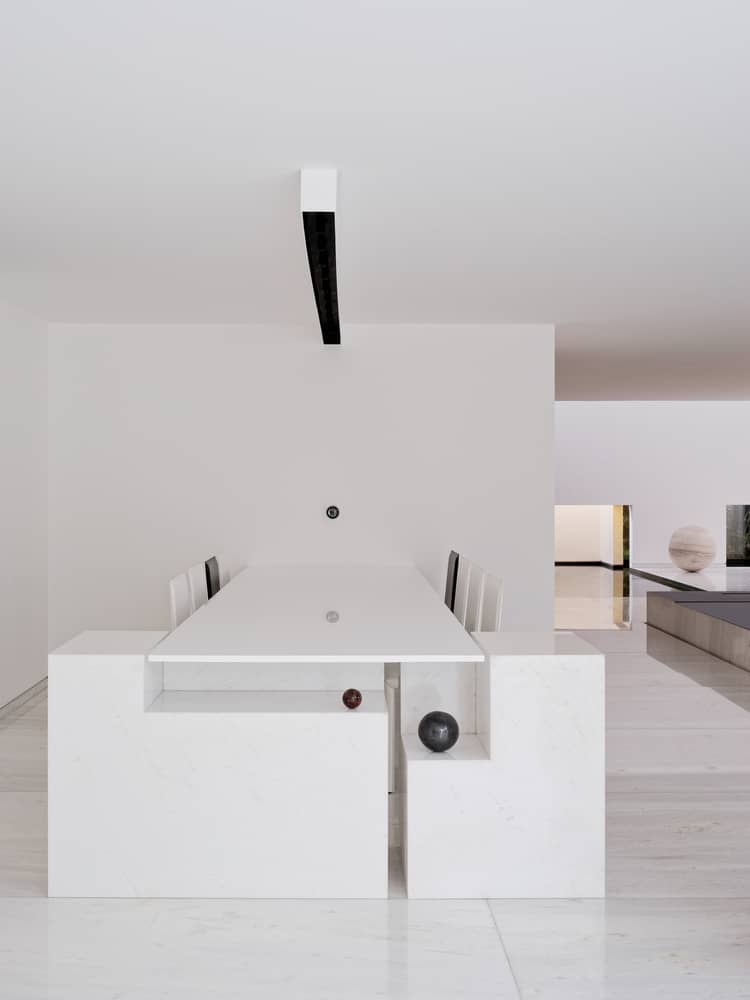 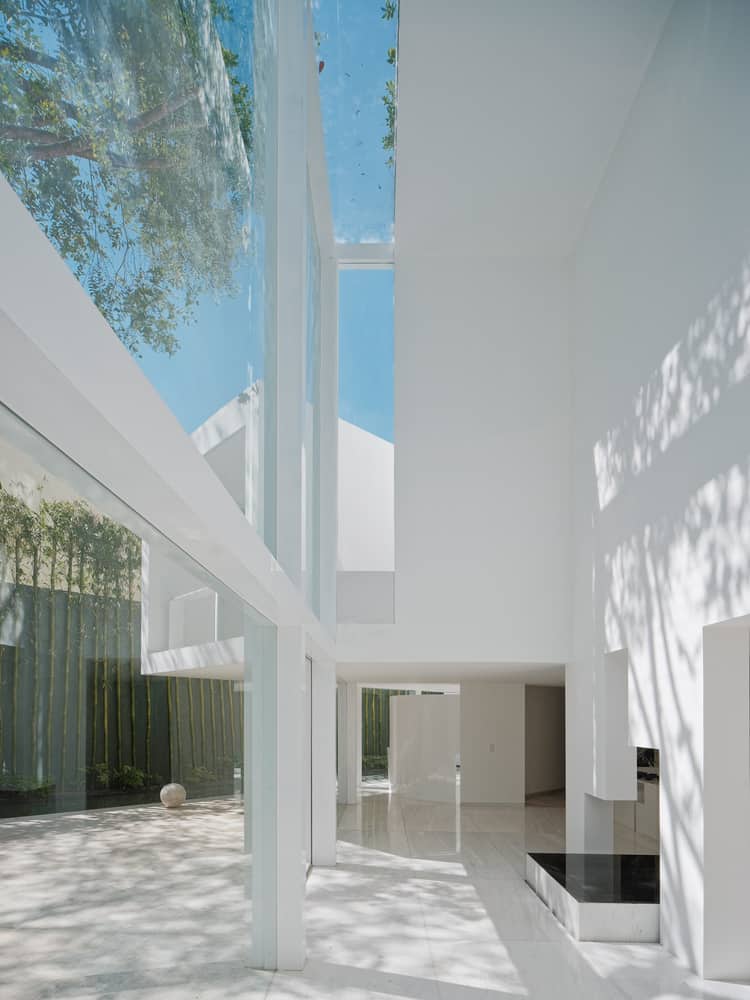 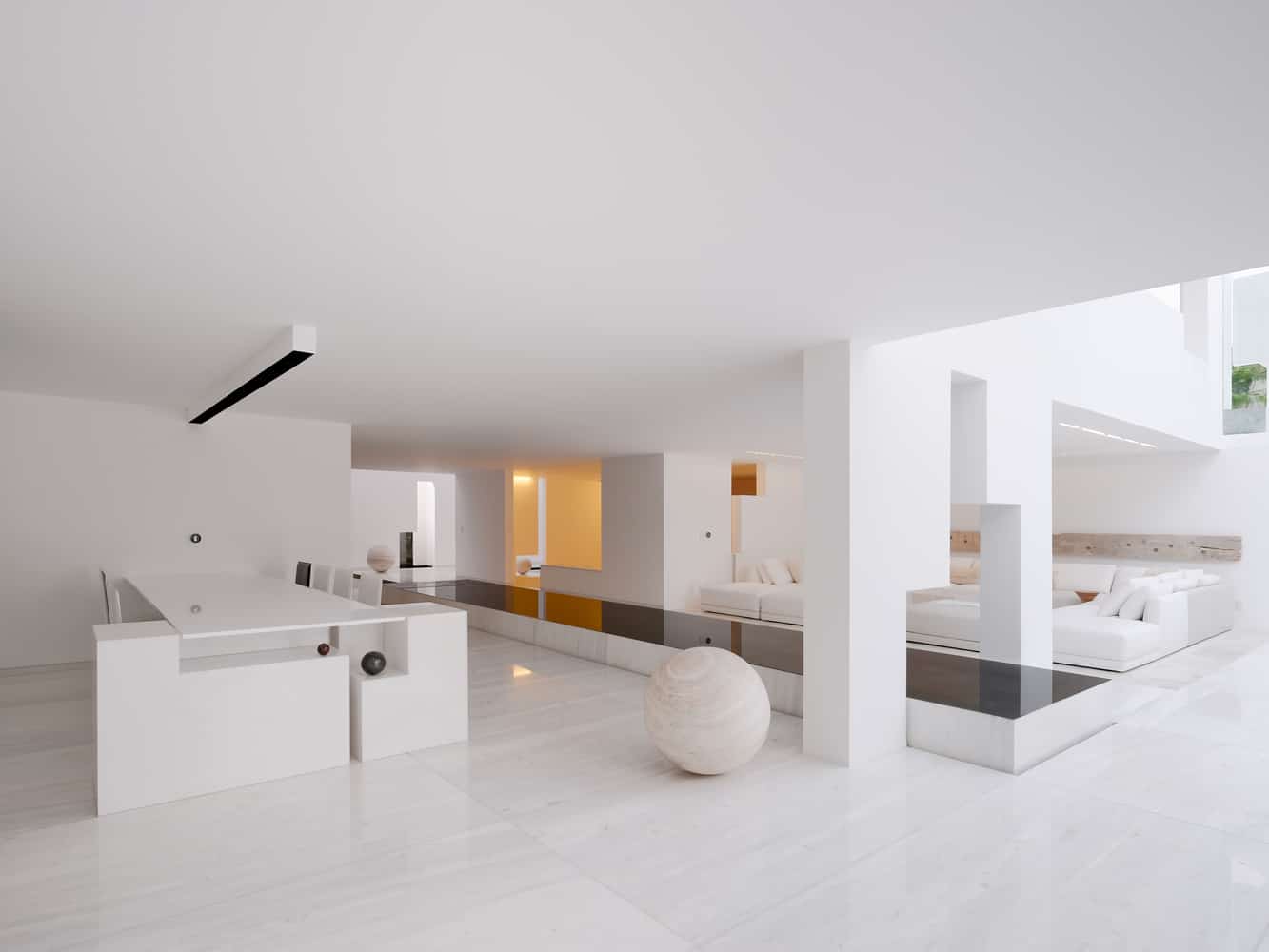 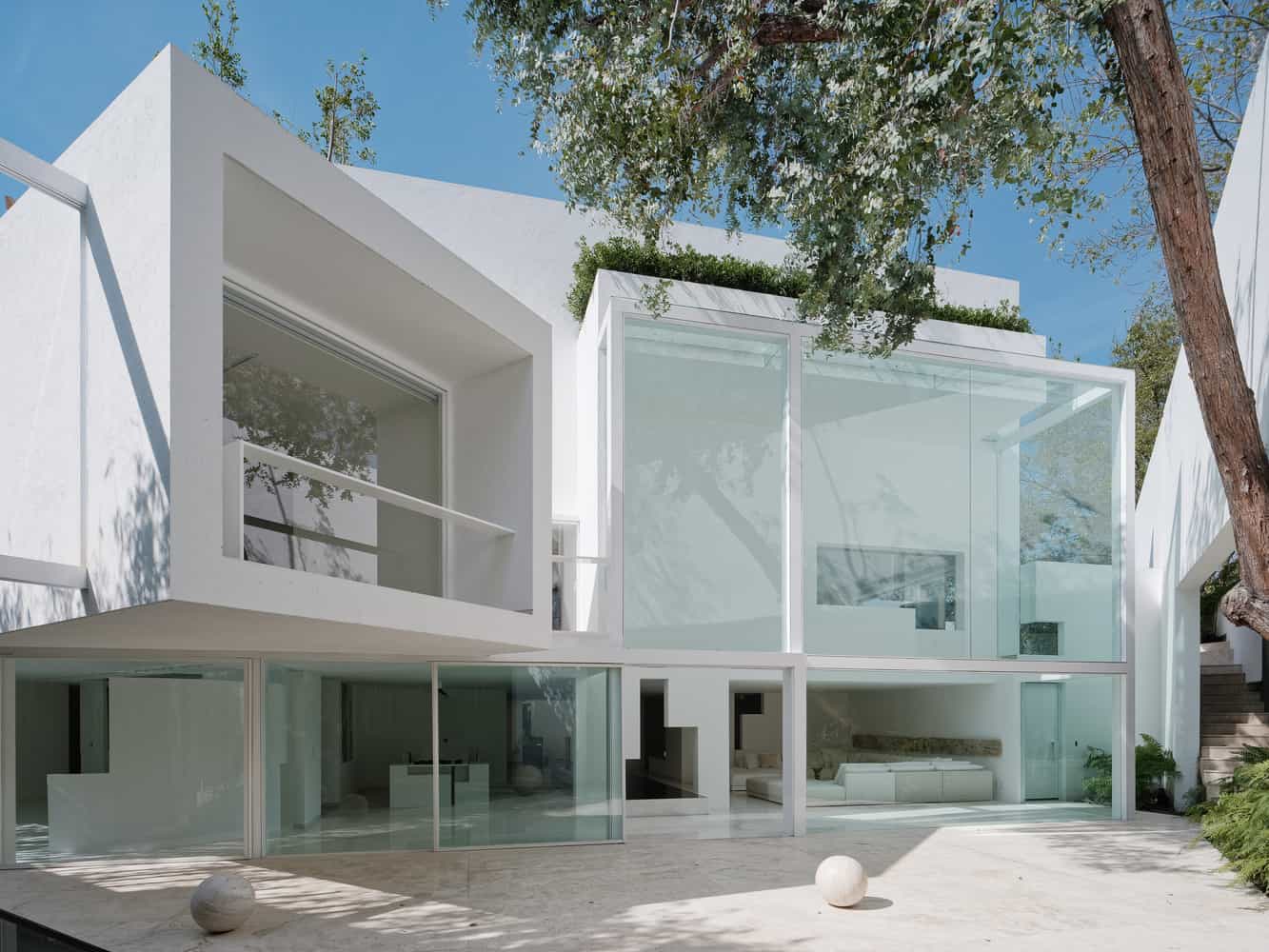 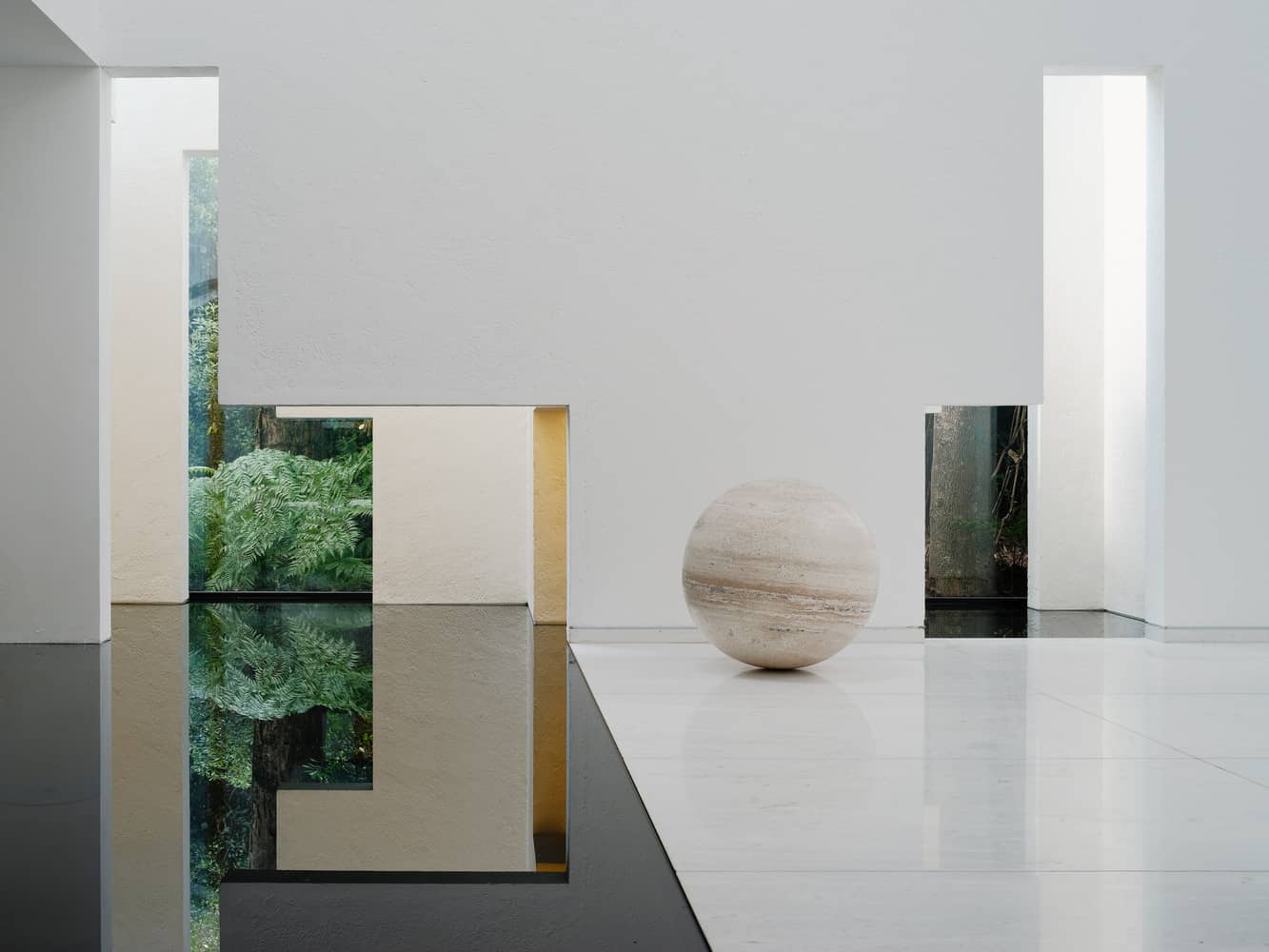 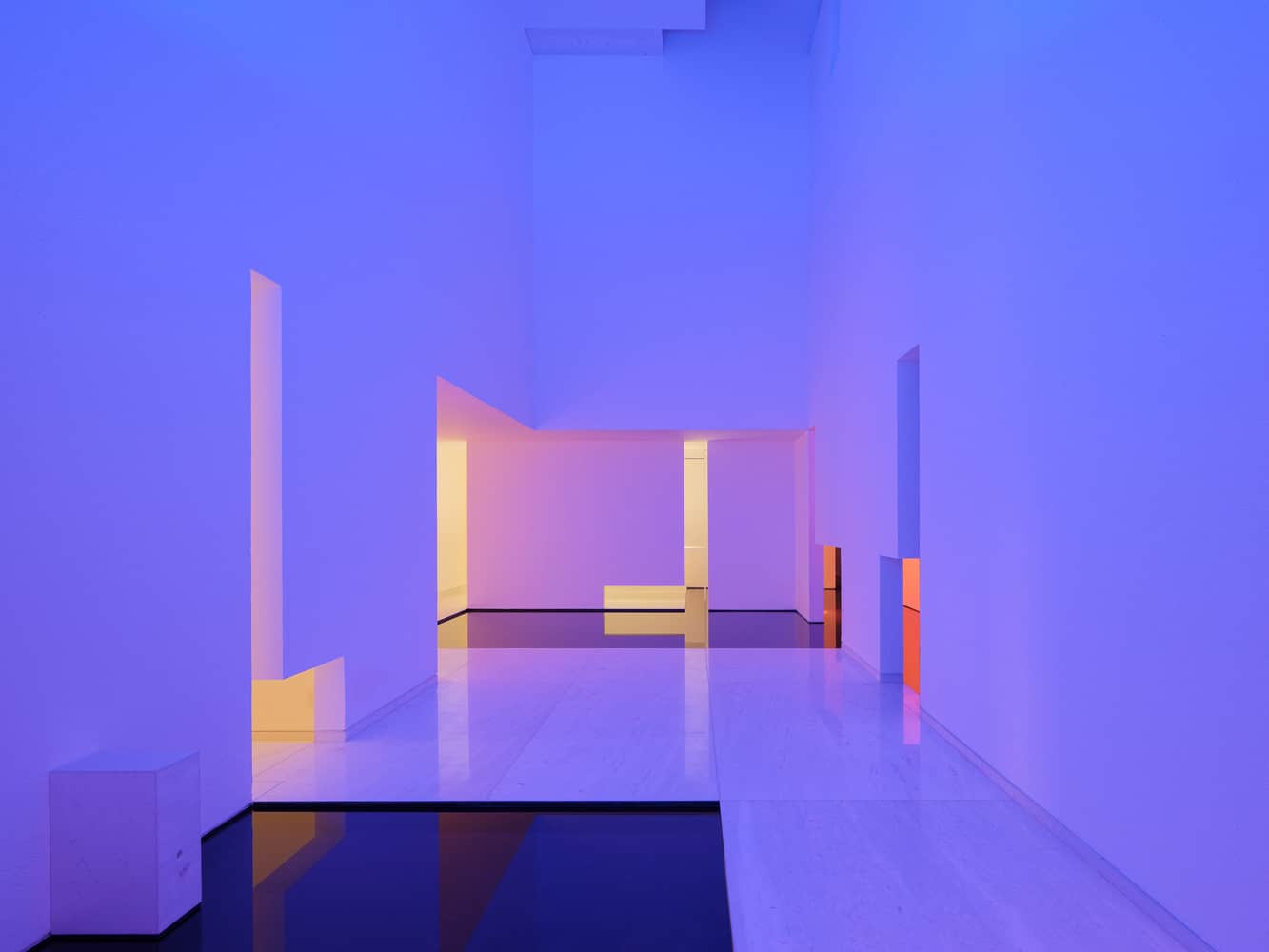 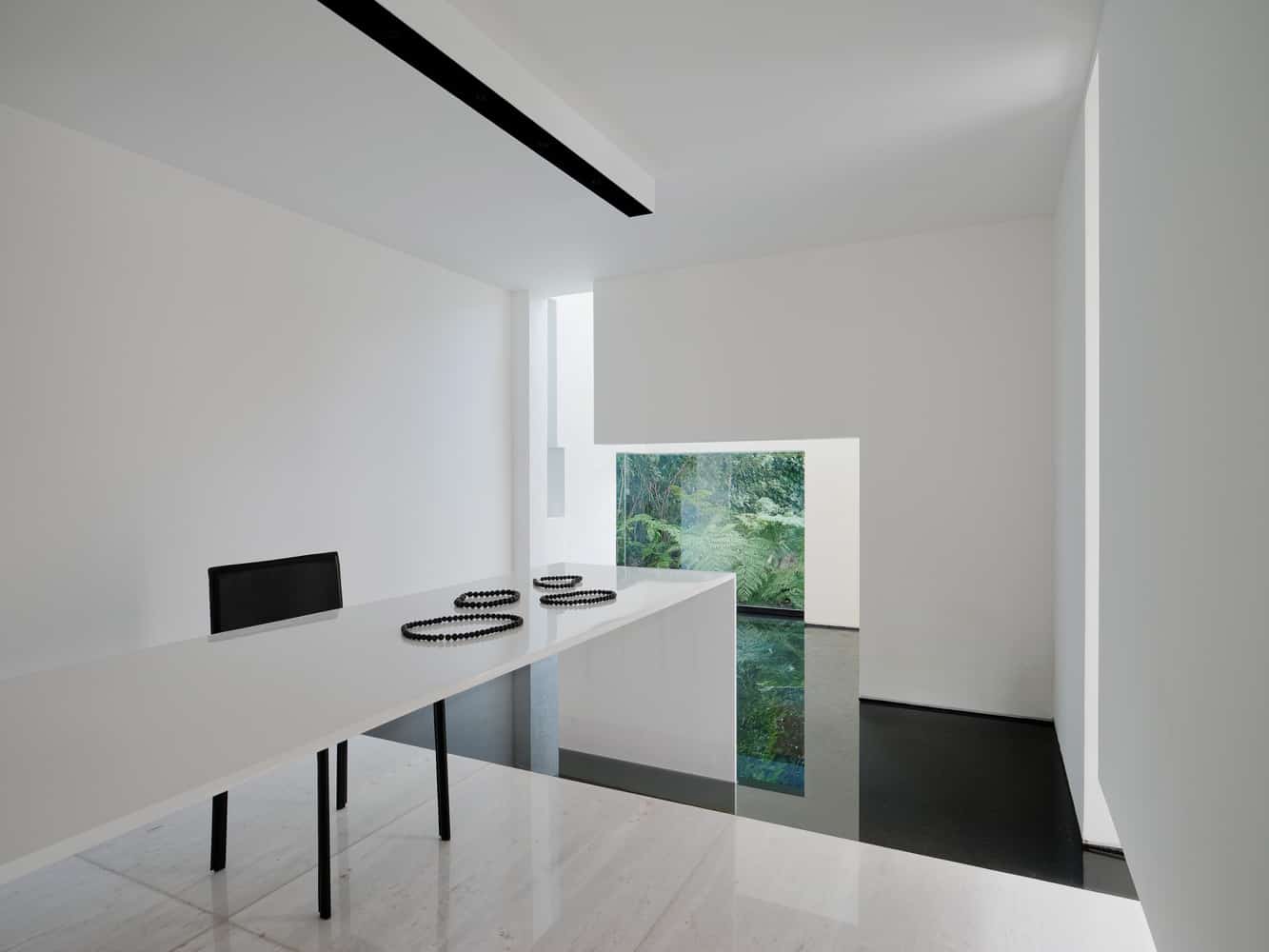 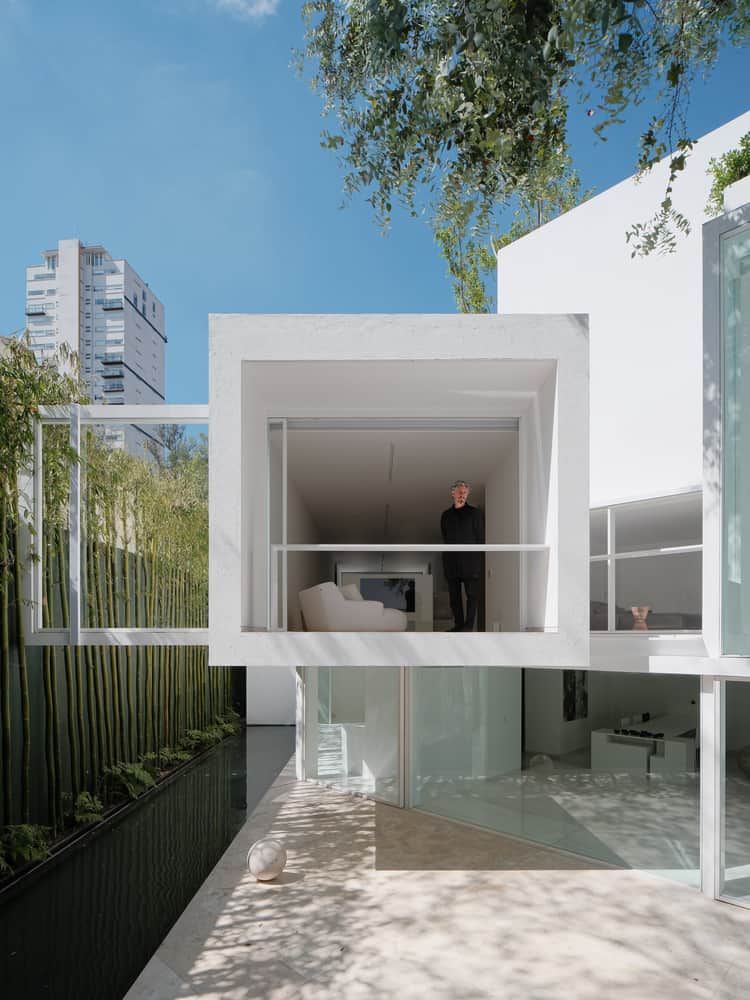 In the beautiful Cuidad de Mexico area of Mexico, innovators at Miguel Angel Aragonés have built the Rombo IV building; a stunningly modern and artistic complex that houses three bodies and a studio space with plenty of awe-inspiring artistic features.

The “Rombos” are actually the four volumes of the building, which are carefully assembled together here to make a single stunning structure that stands out against the more traditional urban fabric within which it sits. The private wings are those where the three houses sit and the fourth volume sitting closest to the public street is where the studio can be seen.

The complex sits on a bustling central street in an area of Mexico City called Bosques de las Lomas. Despite such an urban setting, however, the presence of a tall, sprawling tree right at the door, which can be seen from just about any room inside the complex, makes it feel less foreboding in its contemporary nature and more welcoming and in tune with nature.

This natural theme continues around the back of the building towards the houses and their patios. Lush gardens and small bursts of greenery through the property make sure things feel tied to natural reality rather than seeming too surreal in all the shining white lines, gleaming marble, and colourfully lit artistic displays that can be seen from the street at night.

Water is a continuous theme throughout the complex as well. Several water features dot the patio spaces behind the houses like small pools while similar displays can actually been found inside the entryways and studio in the interior of the complex as well, adding a sense of bubbling serenity to the already calming space.

To take the beautifully reflective surfaces of the water features even further, many spots in the homes and studio feature large, crystal clear mirrors. This makes the space feel wide and free and also reflects the presence of green life, like the space is somehow a lush garden in every corner at the same time as it is sleek and cleanly contemporary.

The inspiration for including such natural features so heavily alongside such modern looking artistic displays and furnishings was to highlight how precious nature is, particularly within busy city settings. The whole complex has a sense of making space for not just art, but also vegetation, land, and water. All of this takes on a particularly surreal quality when the colourful light displays are set aglow at night.

Although there is so much to see from the street in the form of coloured lights or to gaze up on in the public art studio, privacy was actually still a massive priority for designers and owners alike. They wanted to establish a space of quiet, calm solitude, as though the only entities seeing it besides yourself might be the sun and the sky. This explains the presence of abstract screens, uniquely cut and shaped windows, and interesting partitions that obscure the view of the three private homes almost entirely, shifting focus to the features of the home that are specifically designed for other eyes.

The intention of the stunning light display you see in these photos was to add a sort of language and balance to the space. They contrast the hardness of the marble with a soft glow and the starkness of the white finishes with a splash of colour. They paint the home like a backdrop the way nature does to hard rock face and urban settings. Between these light displays and the way other art pieces within the studio play with shape, the effect is nothing short of breathtaking.