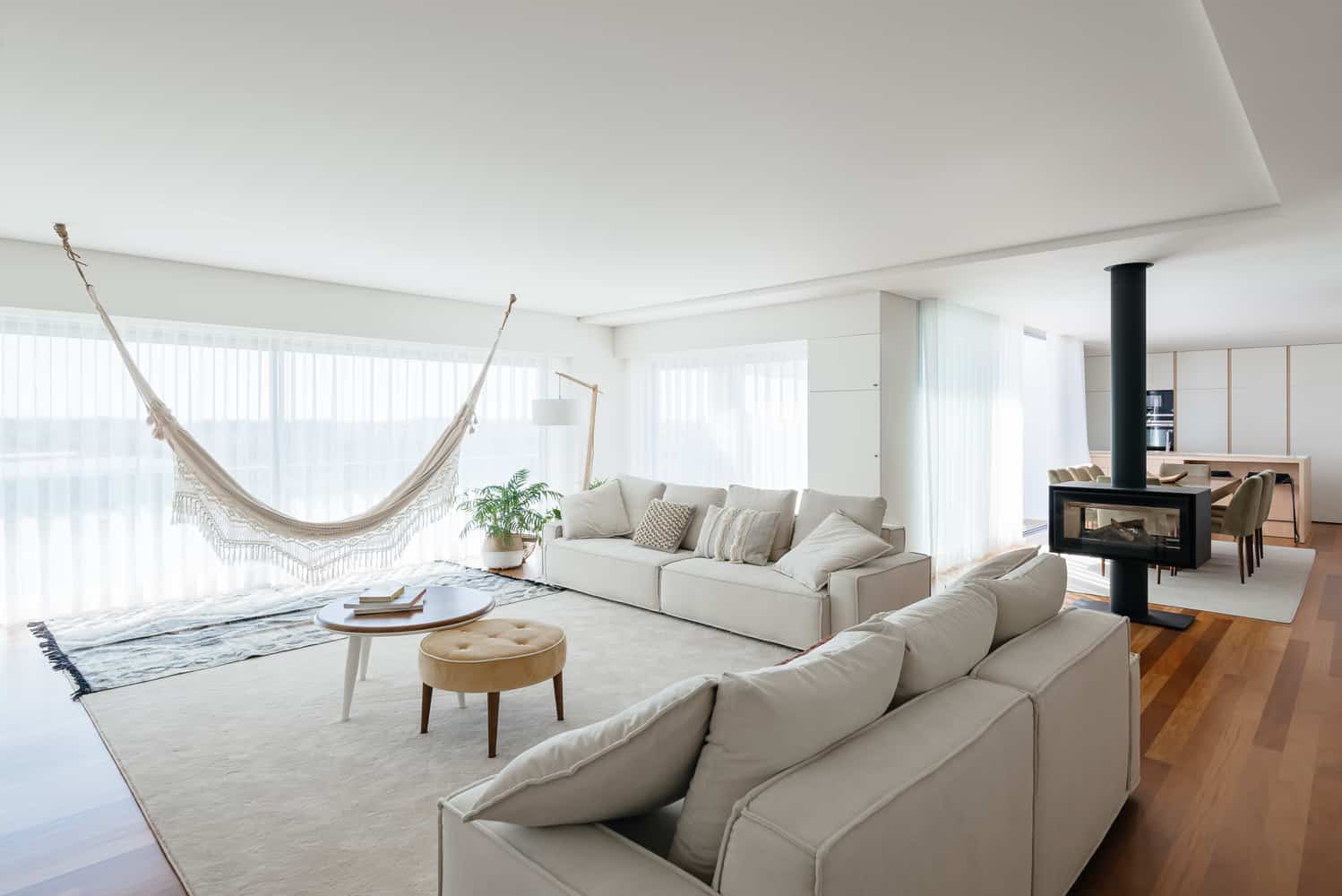 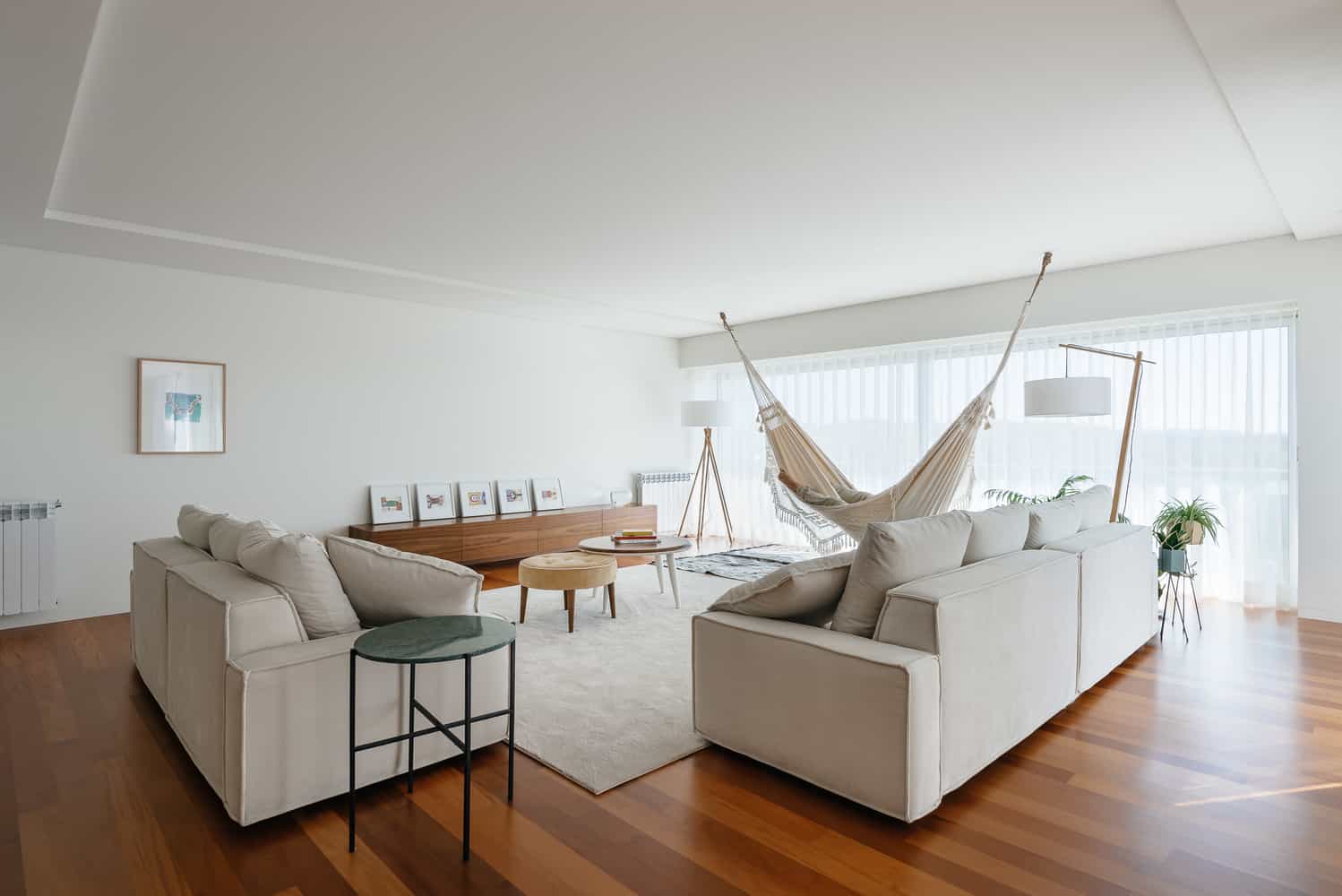 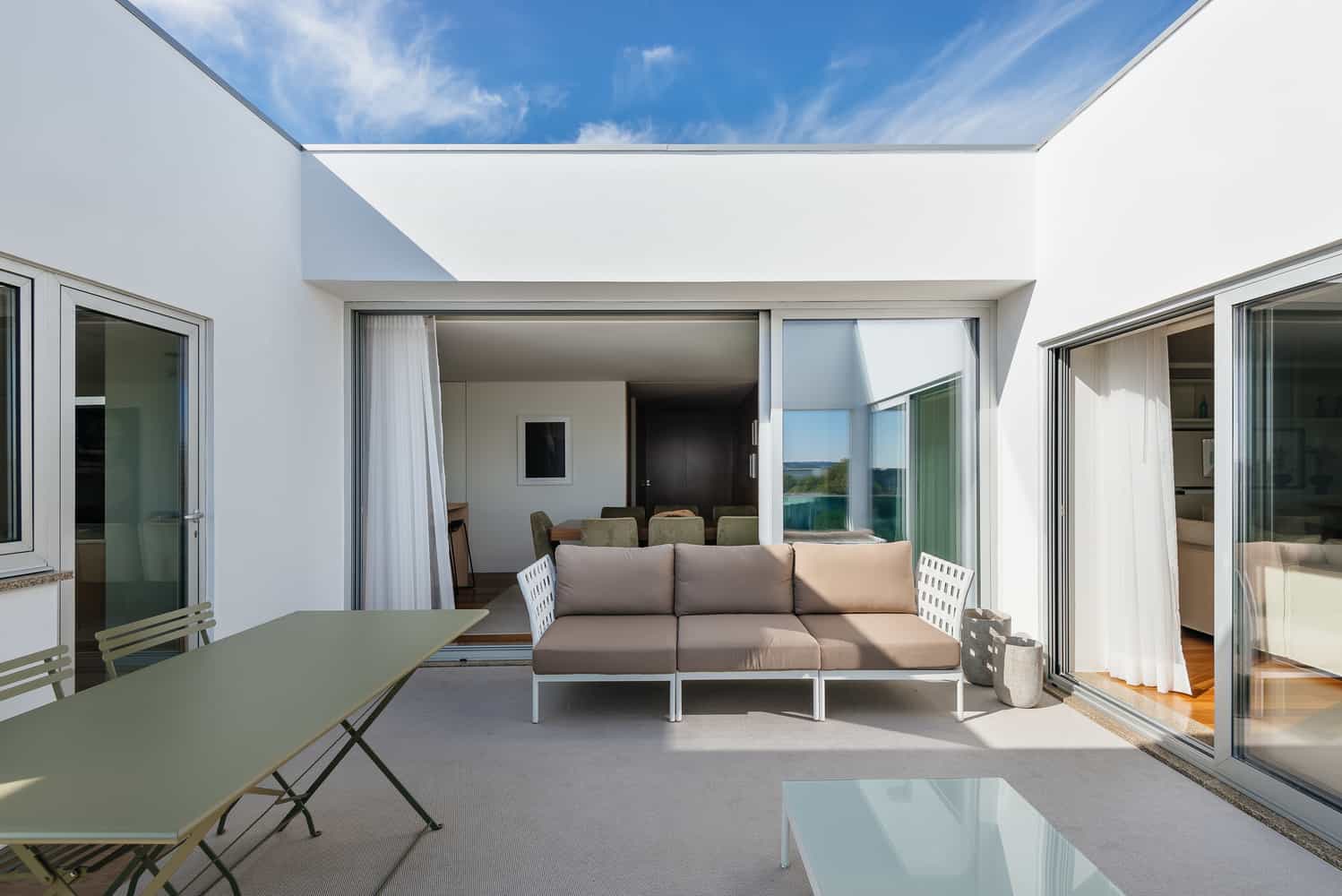 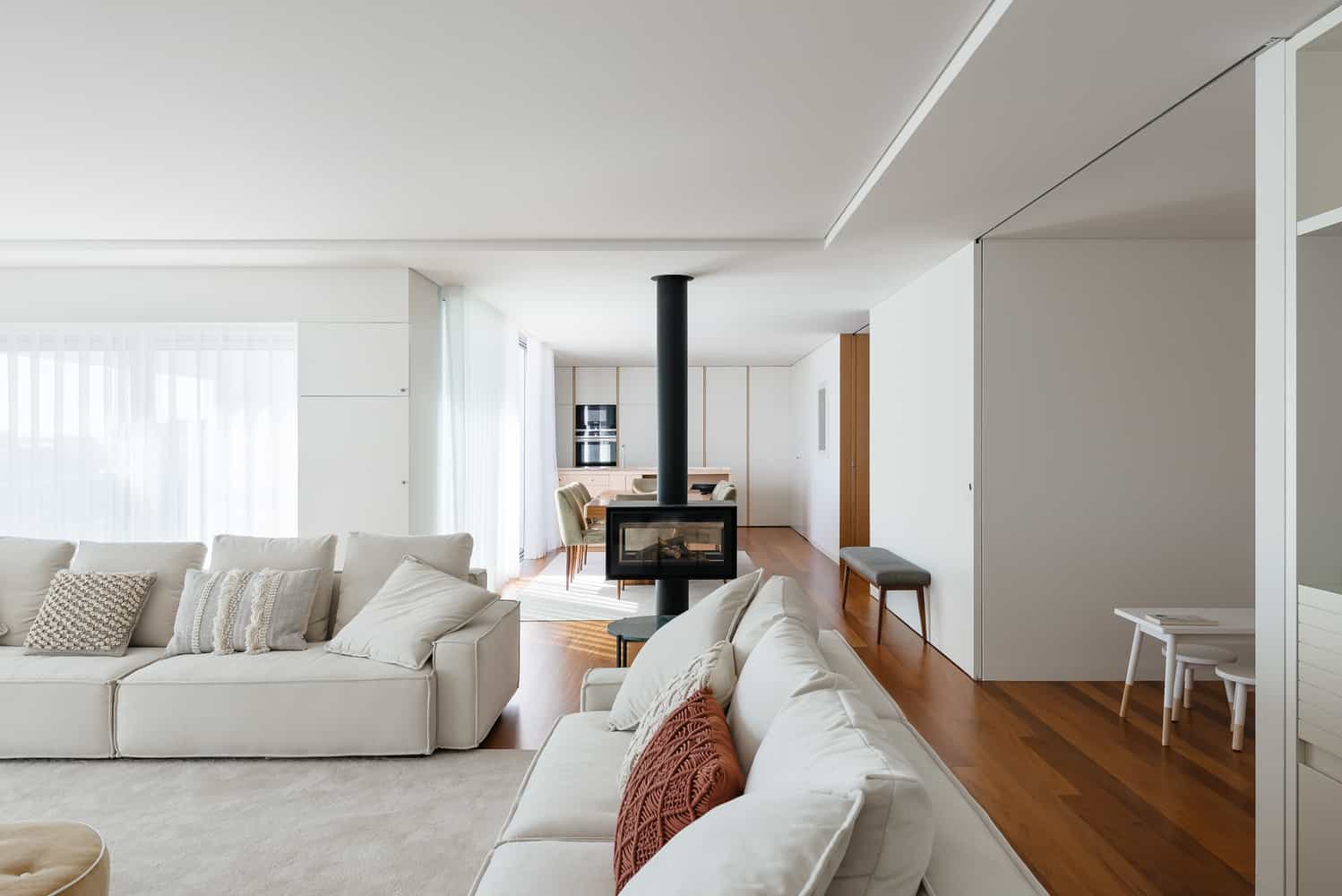 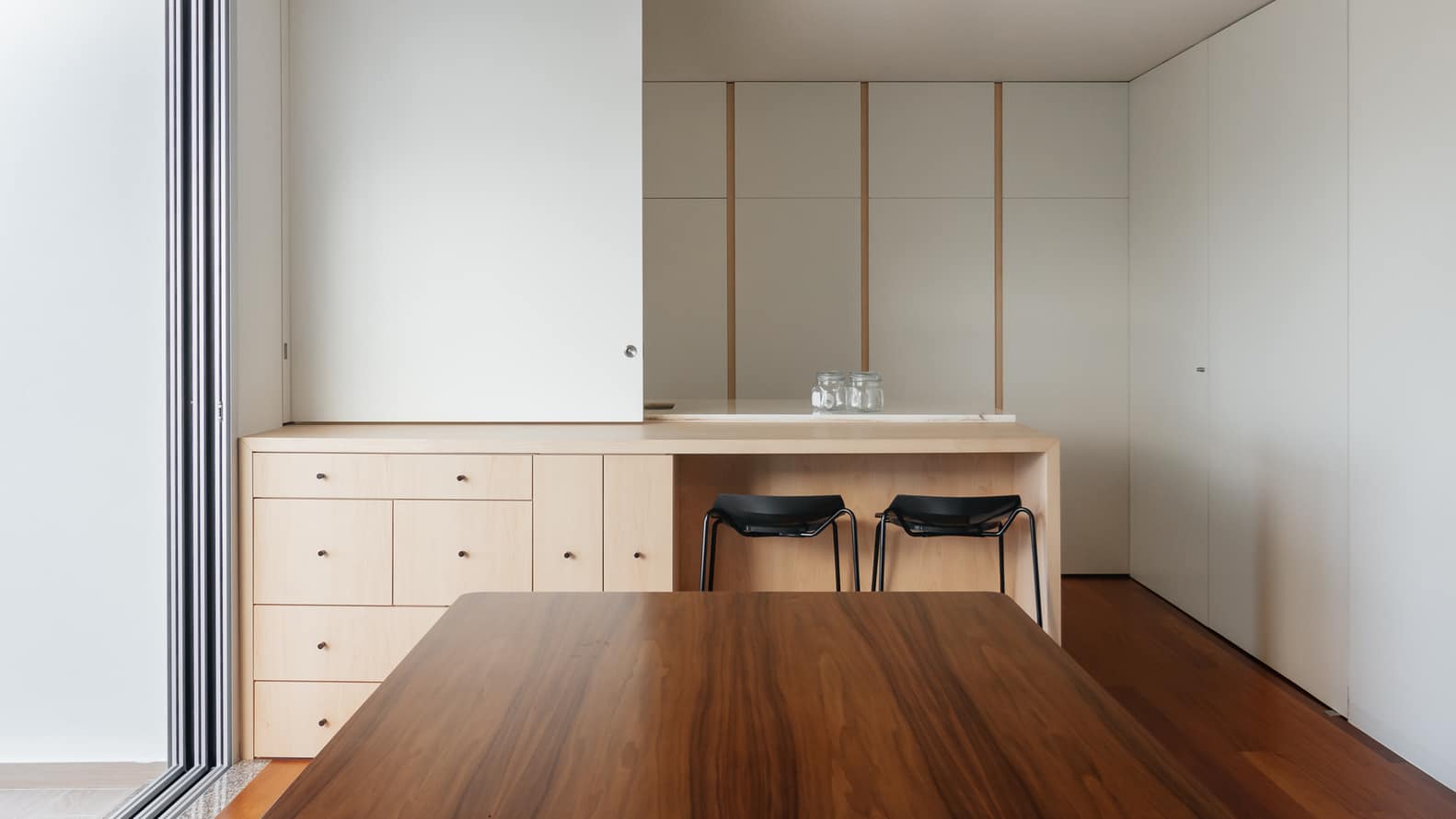 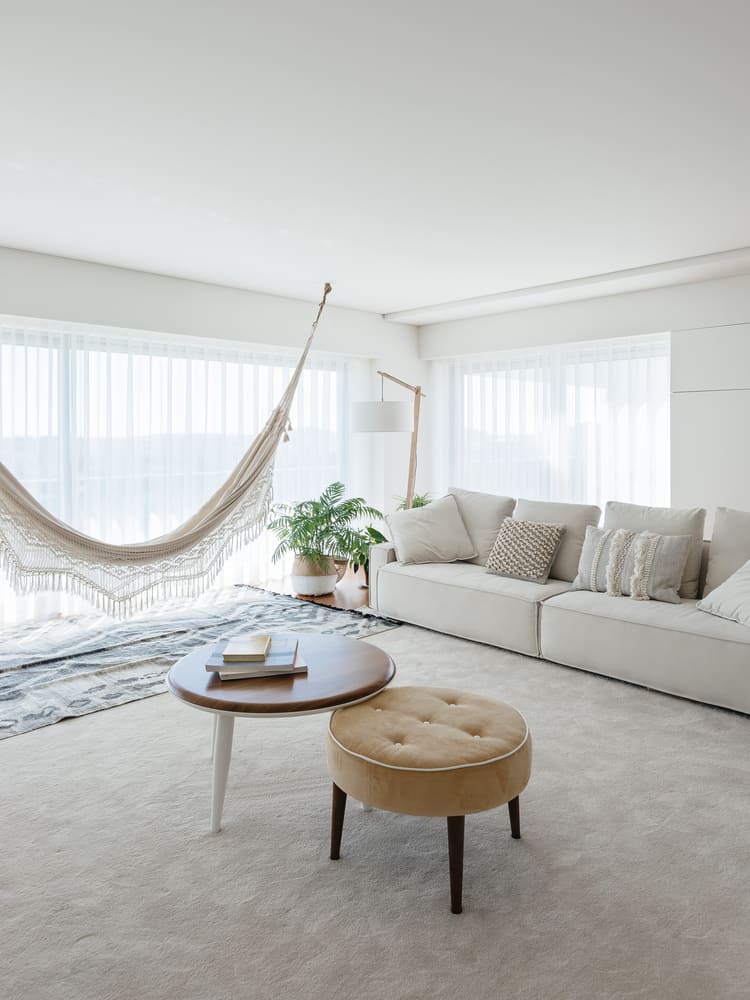 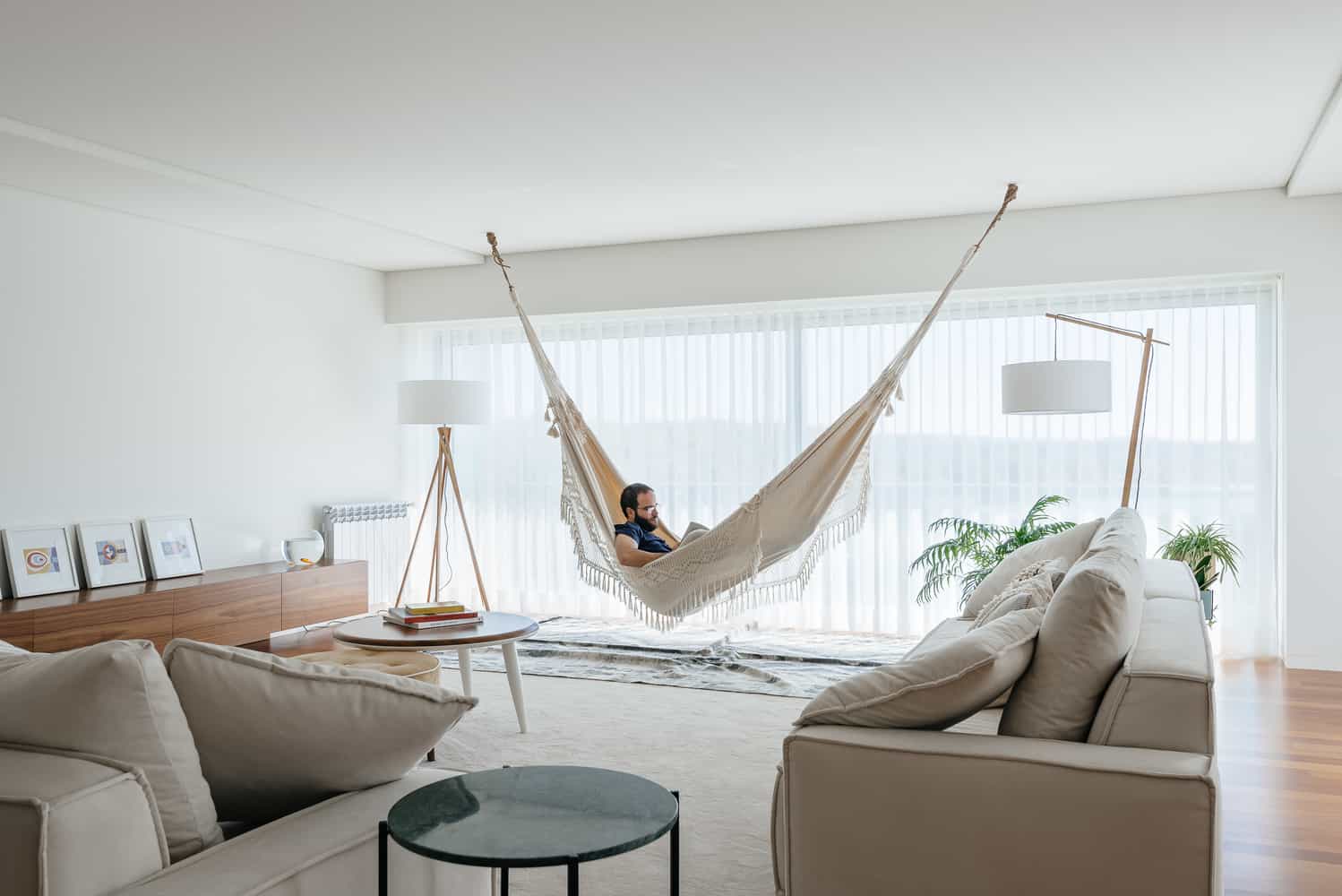 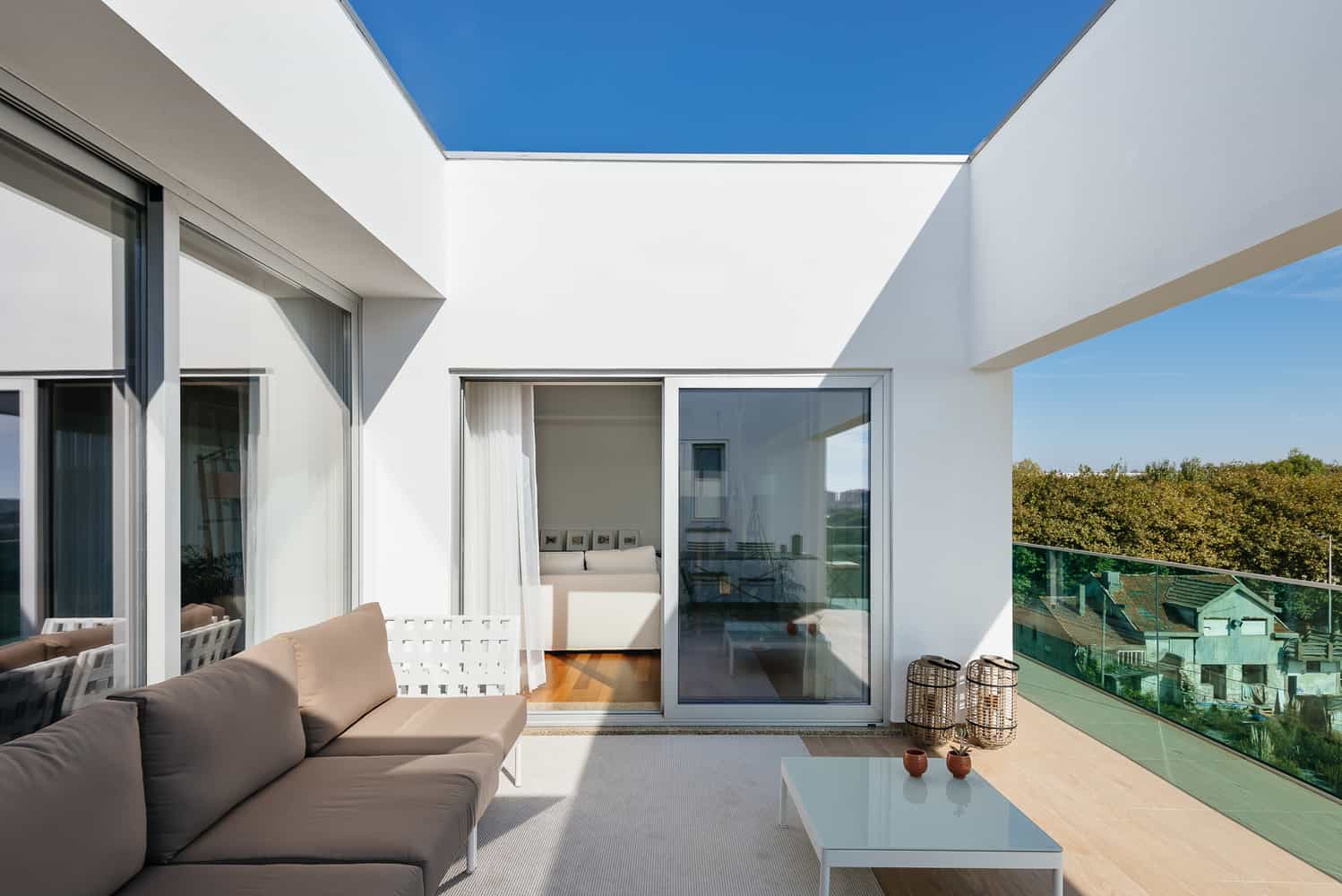 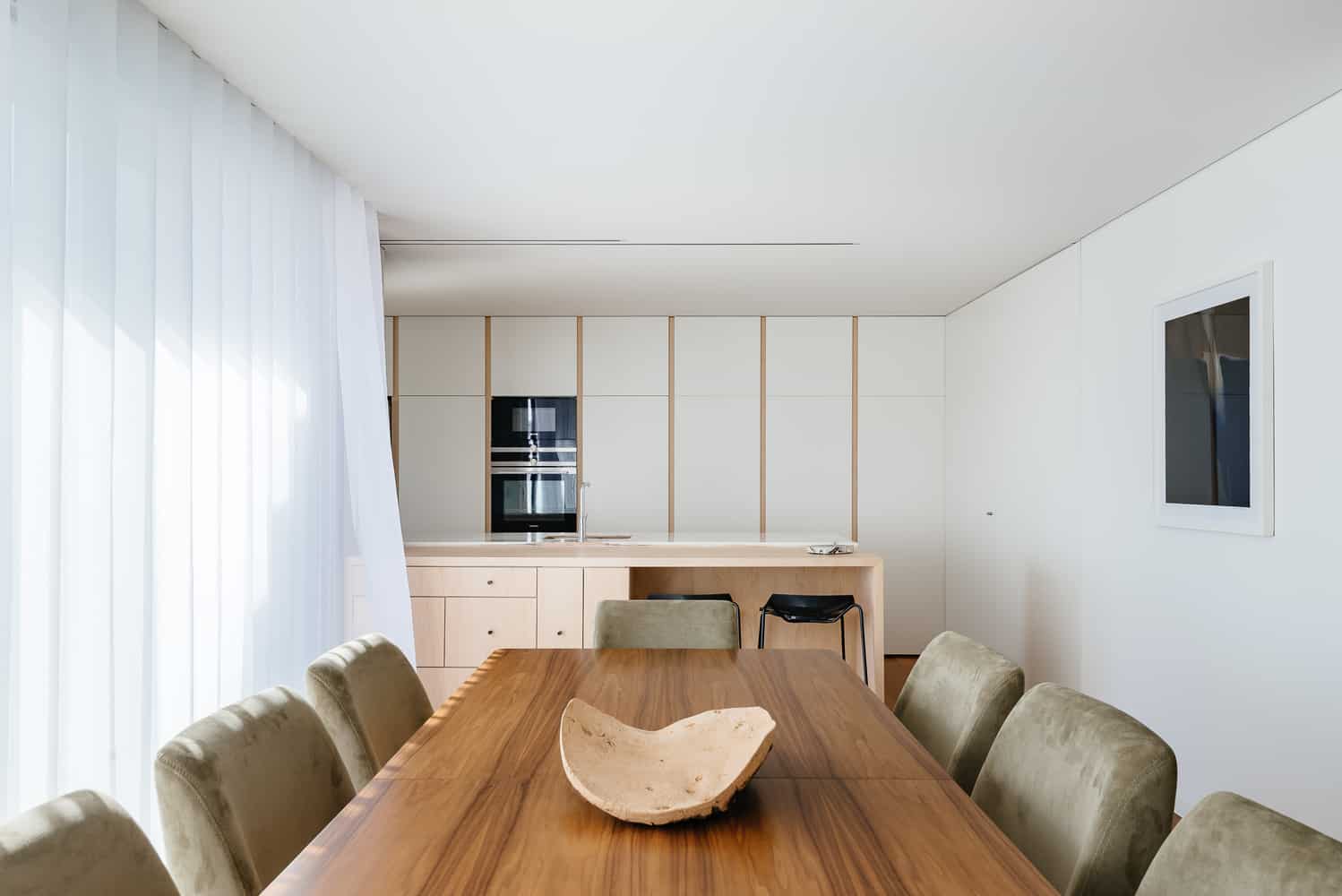 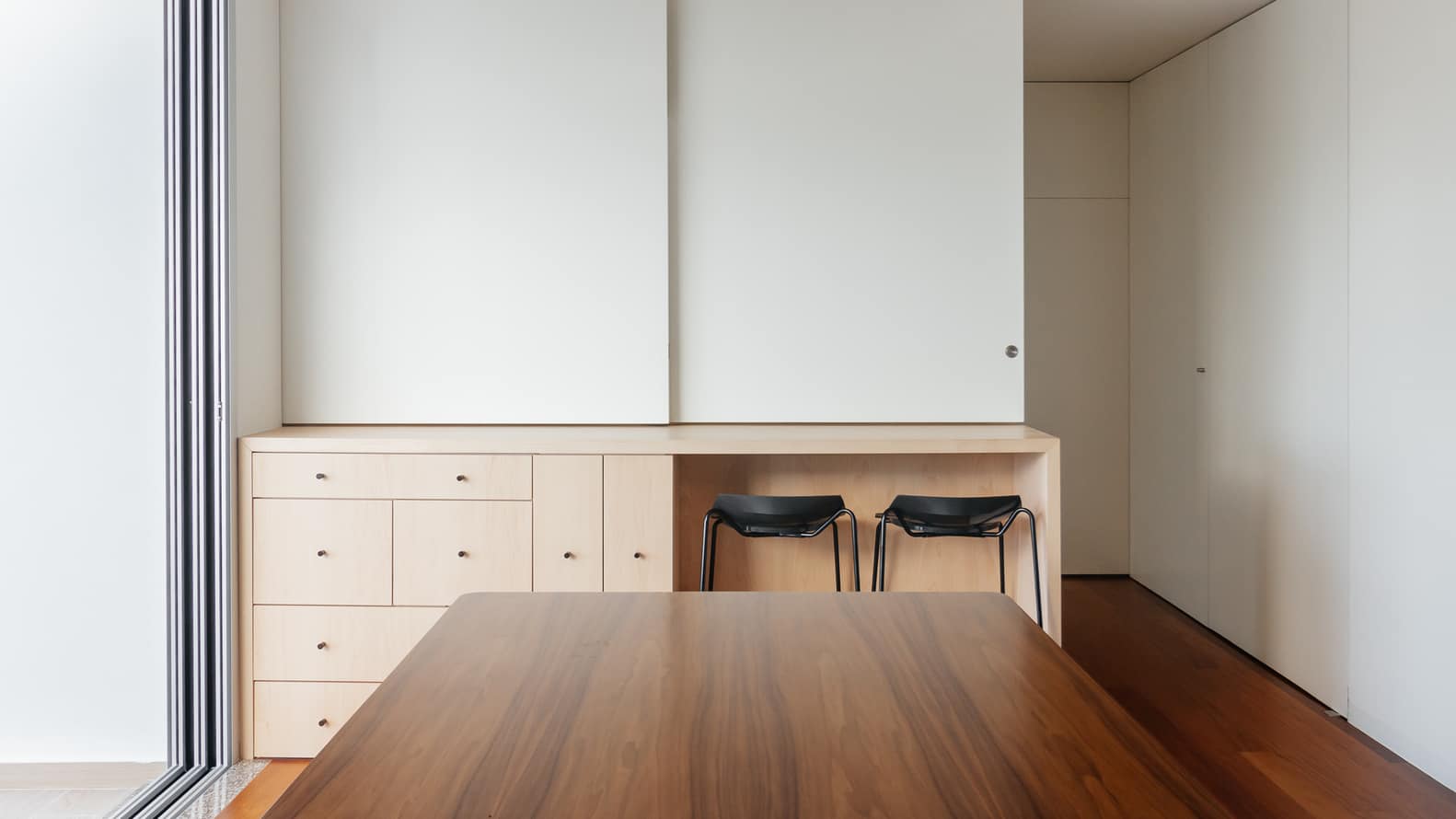 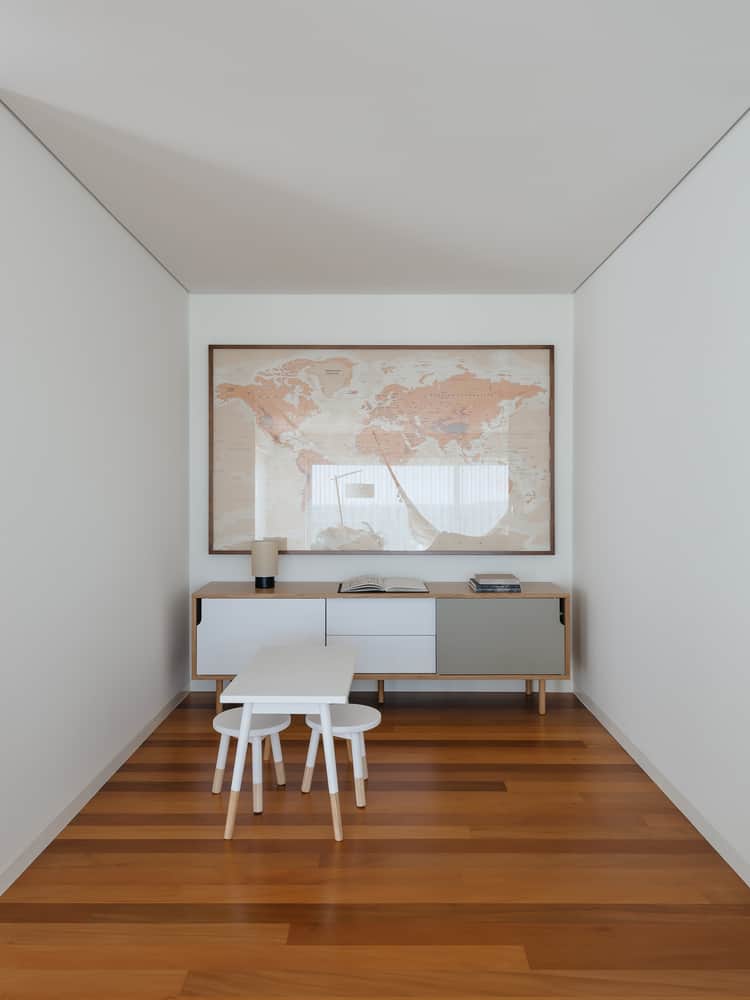 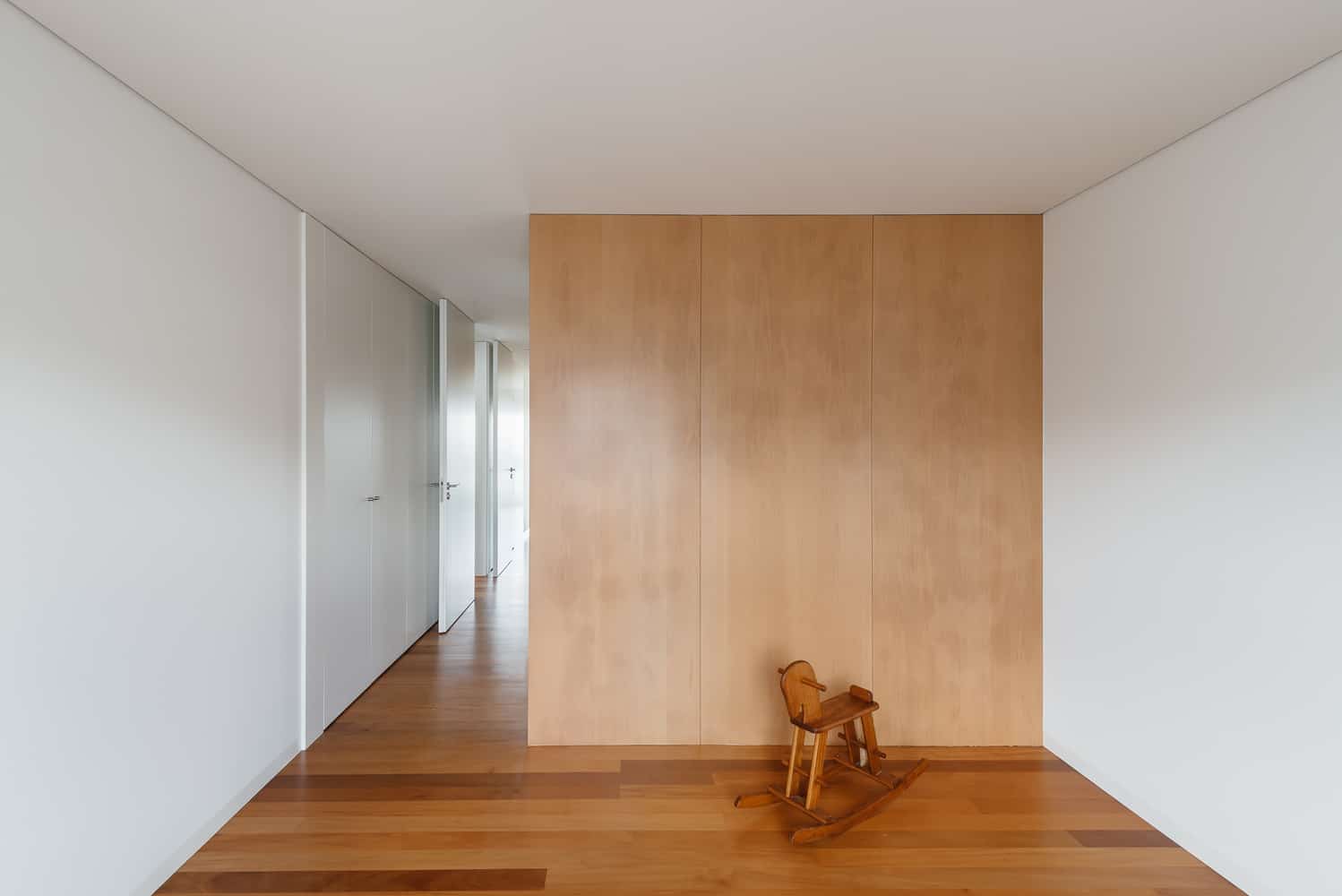 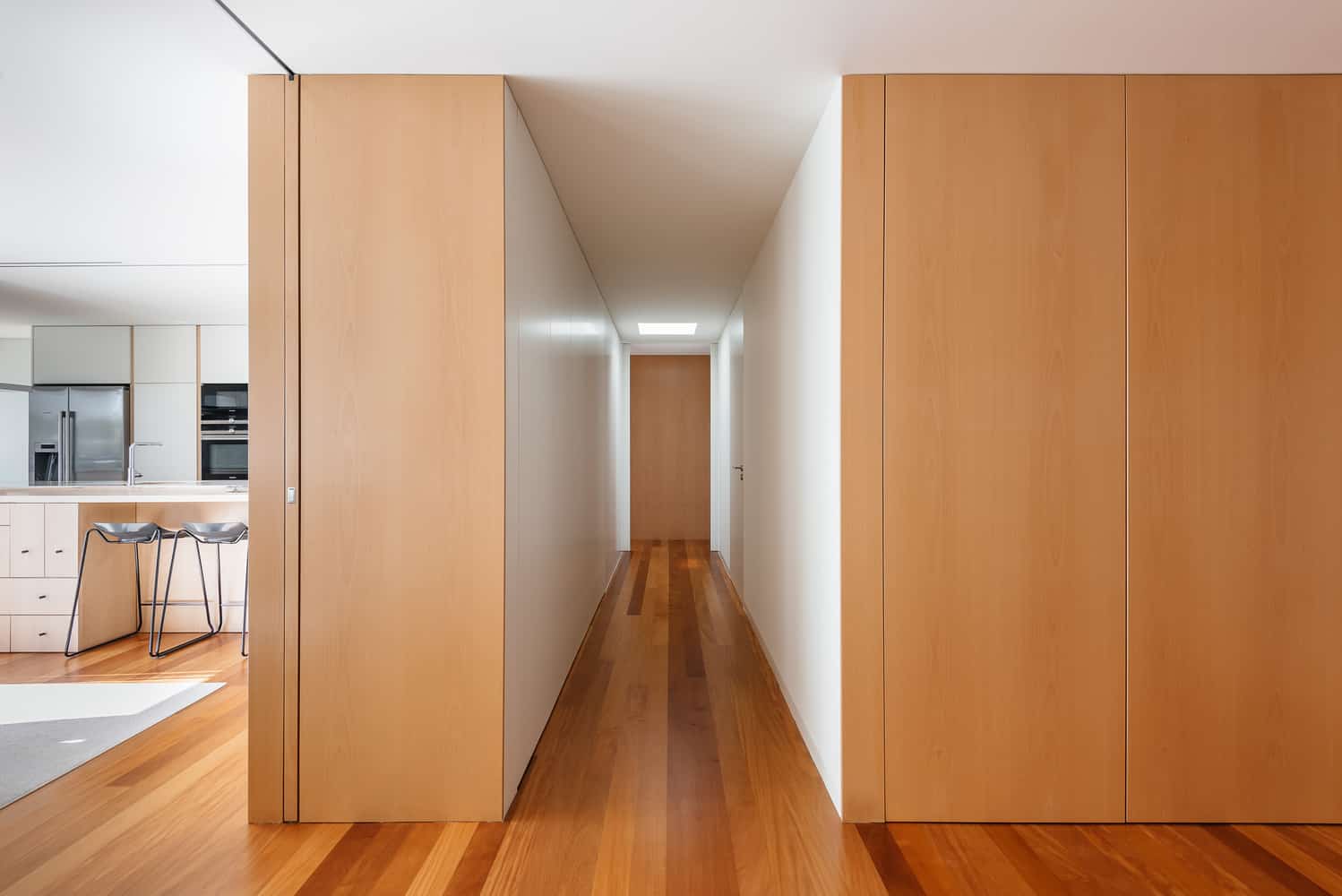 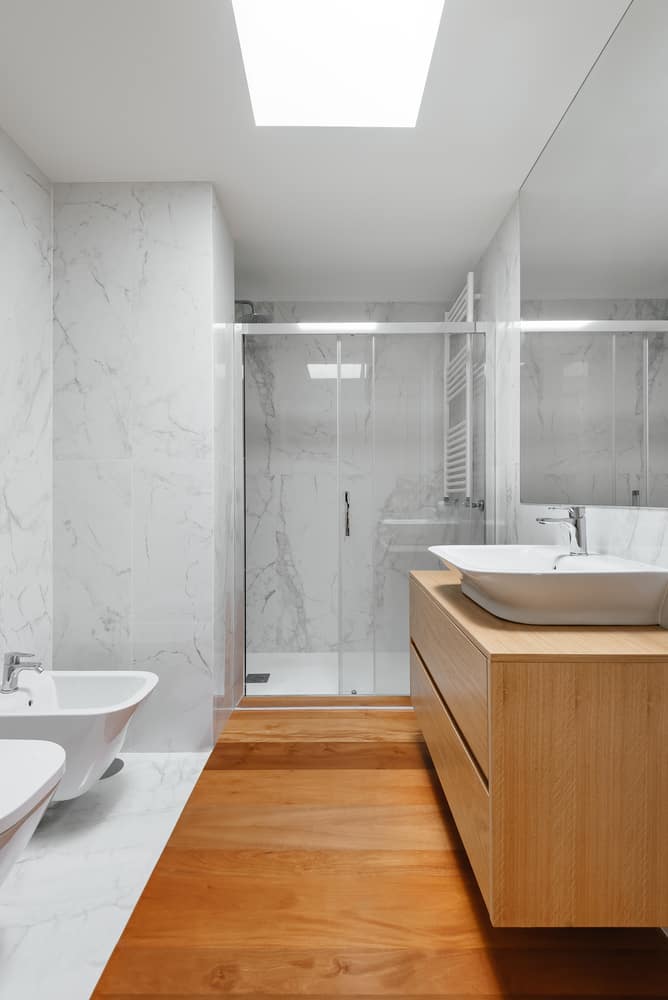 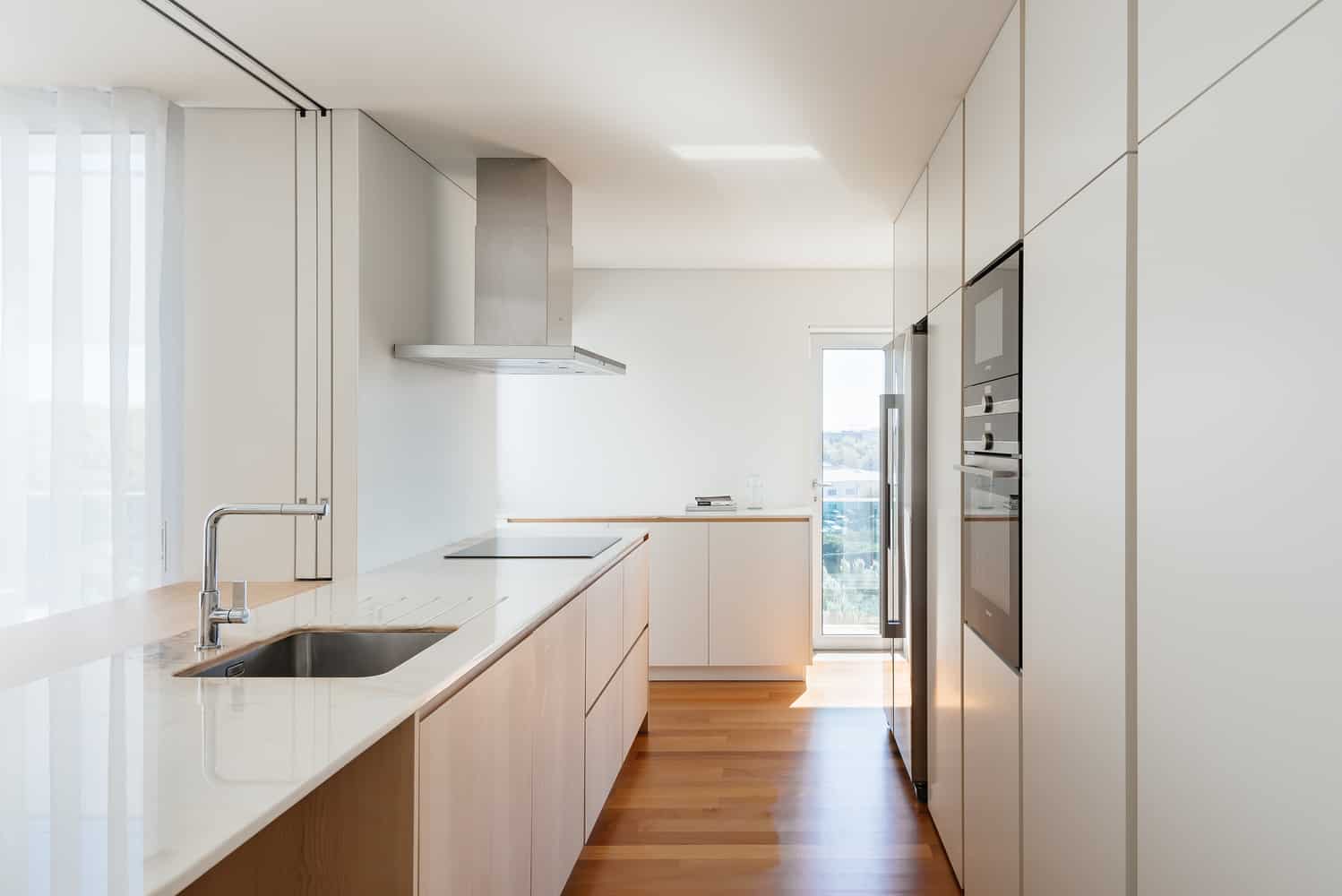 On the edges of a growing urban space in Vila do Conde, Portugal, designers and architects at RAS·A have taken the opportunity to turn part of a newly constructed building into a uniquely laid out living space called Patio Apartment!

What makes the building opportunity they took such a good one is the fact that the building the apartment was actually created in was under construction when they selected the space. This meant that walls, rooms, and spaces were being torn down, shifted, and rebuilt building-wide, meaning the space selected by the team was quite customizable.

Rather than being stuck working only within the confines of a specific unit, building teams for the apartment specifically had the chance to alter the physical layout of the unit and all of its rooms to better suit the owners’ vision. The apartment sits at the very top of the building, so the opportunity to create unique outdoor social spaces and provide the owners with fantastic views was there.

From the beginning, the plan was to make a spacious four bedroom apartment that could be shared by friends or family comfortably, featuring lots of unified social spaces meant for bonding without sacrificing private spaces entirely. Designers also wished to create an apartment with more outdoor space than the average unit style living, which is where the whole idea of being built inside a building that was already under construction came in handy.

In the end, the new apartment was afforded a fantastic patio space that it wouldn’t have had before! This provides the owners with a lovely outdoor living, lounging, and entertainment space that also provides beautiful views of the city. The patio is placed quite centrally, which is quite unique for an apartment unit, with the kitchen, dining room, and living room arranged around it.

Having the main interior social spaces of the house arranged in a revolving or spoke-like manner around the outdoor social space creates a sort of blending of shared space. The whole central focus of the apartment becomes those places where the residents will enjoy time all together, leaving the bedrooms like an outer layer of the circle, slightly more removed and private, like personal havens for each person.

Diving space by function like this is actually quite practical for small space living. Rather than making the bedrooms feel isolated, this division of space strategy more so defines the areas of the house in a way that feels sensical and flows well. Easy access to social spaces at any time, but also the ability to opt out into one’s own quiet personal quarters actually fosters a better sense of living in balance with other people, reducing tension and creating cohesion and routine.

Just like the design team was able to take advantage of the convenience of the construction processes themselves, they were also able to take advantage of convenient access to on site materials. This reclaiming actually helped reduce waste production in the building’s overall project and made the process of selecting materials and bringing them to the site cheaper, quicker, and much more efficient.

Design teams chose to make more surfaces of the apartment from white lac, painting the walls and ceiling white to match. The effect was a bright and cheerful open concept space filled with natural sunlight and clean white surfaces. The apartment is also abundant in naturally stained wooden panels, creating a contrasting dialogue with all that pristine white we just talked about.

Overall, the neutral and quite calming colour scheme and materiality gave the apartment a sort of spa-like atmosphere. Decor teams took this idea one step further, adding a comfortable hammock in the living room surrounded by cozy, socially oriented lounge furniture. A bit of greenery on the patio and in the share living space hits the sense of natural relaxation home, as does the addition of a small, old fashioned looking wood fireplace in one corner.

Photos by do mal o menos