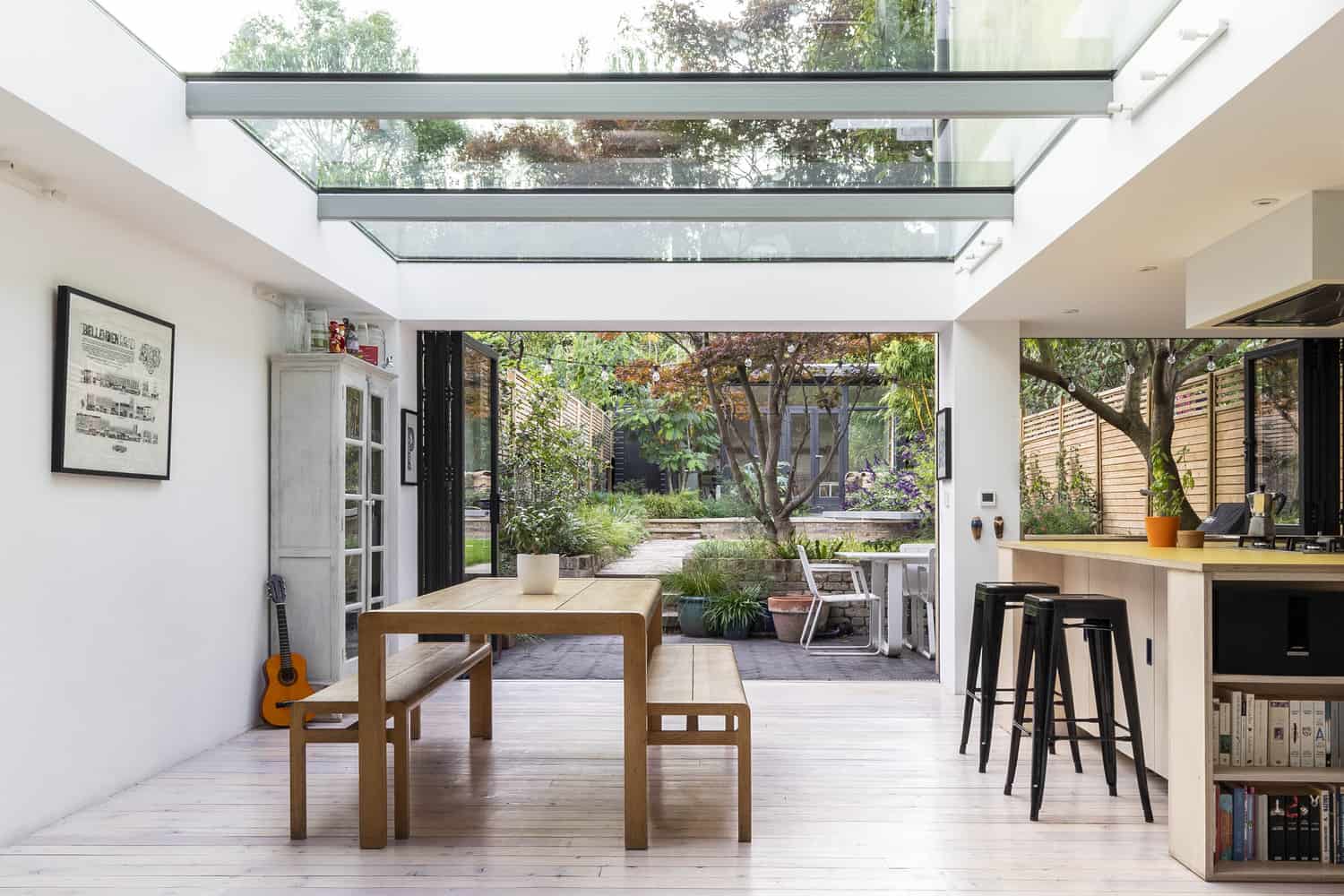 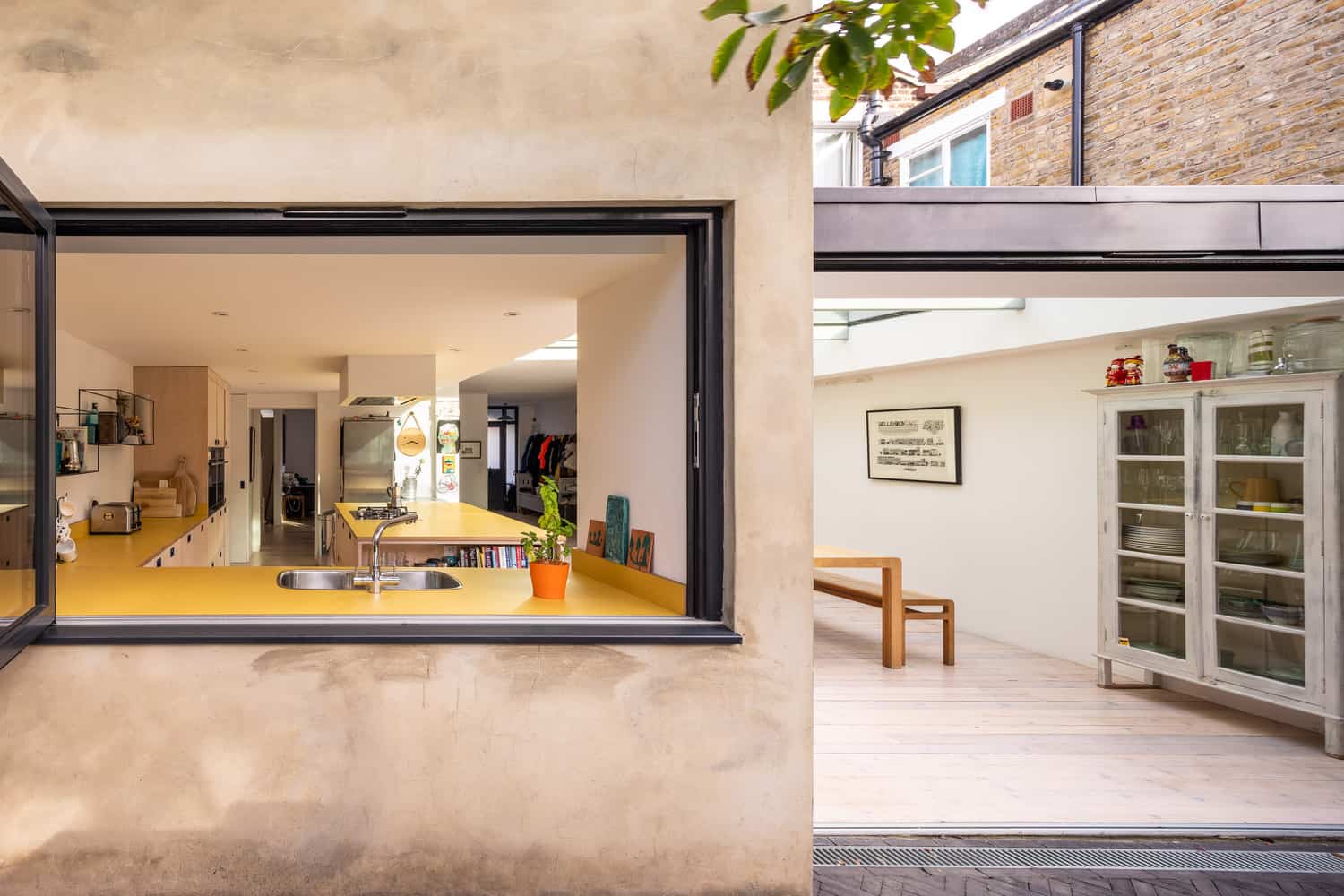 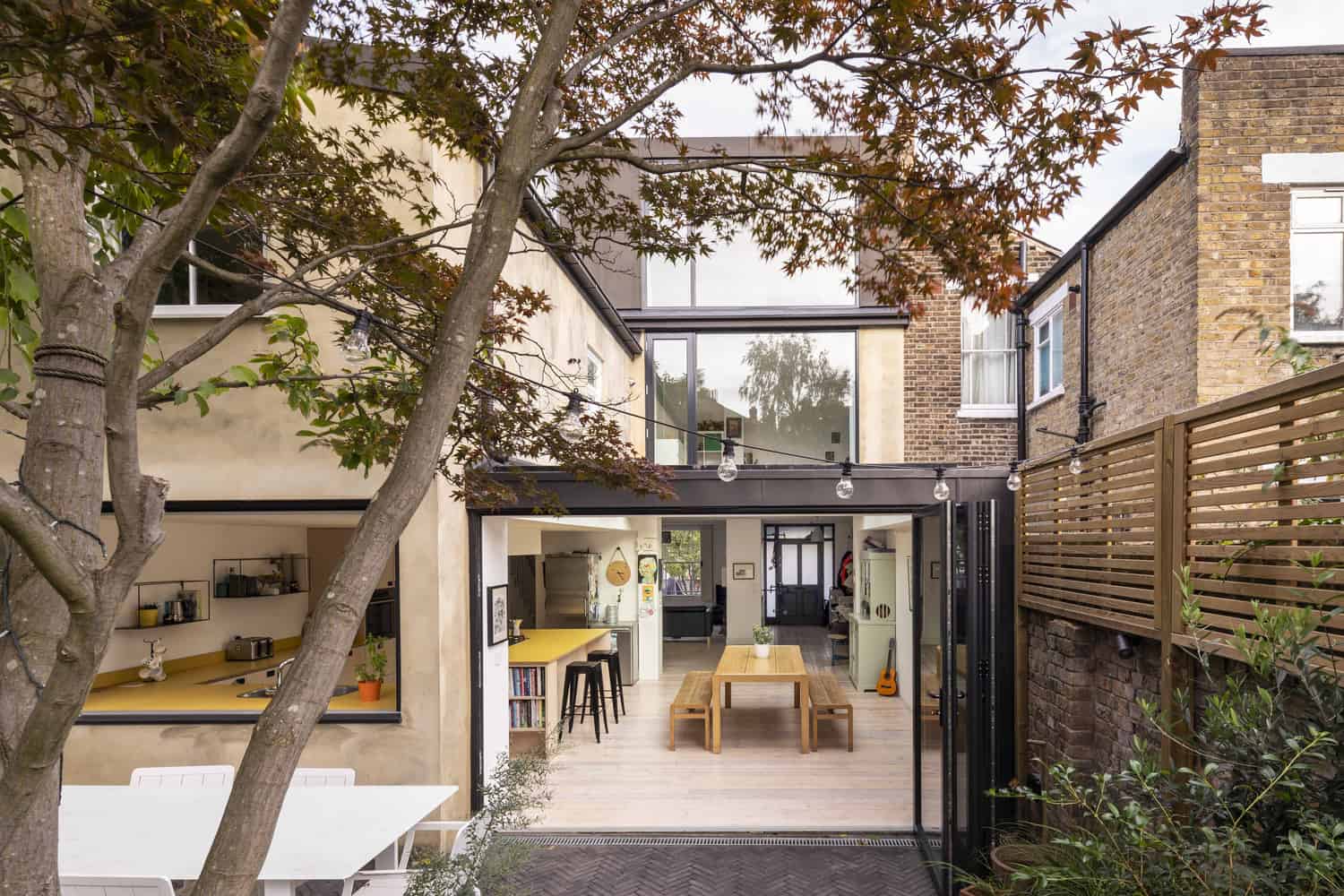 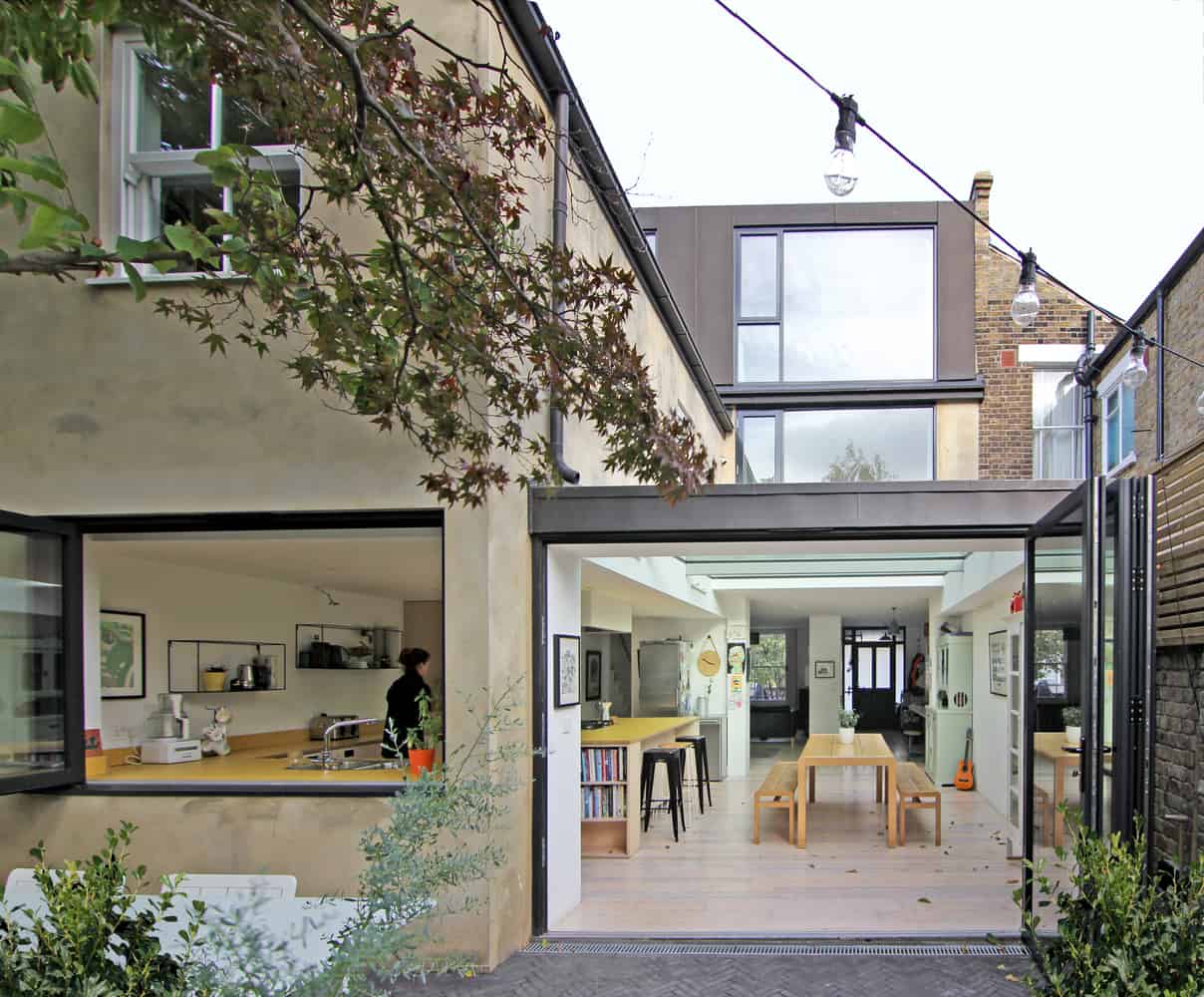 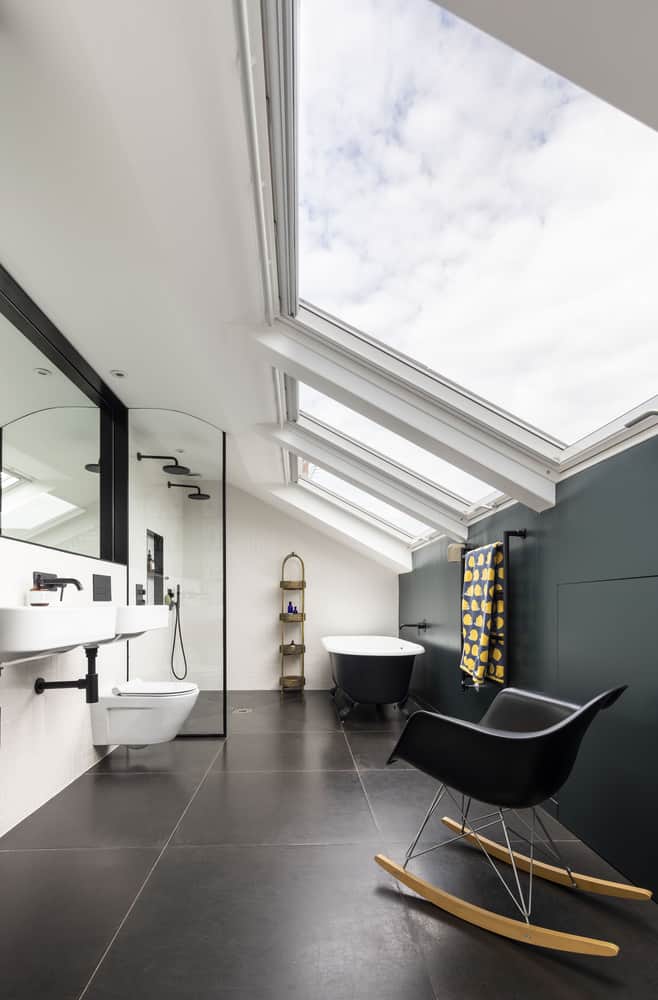 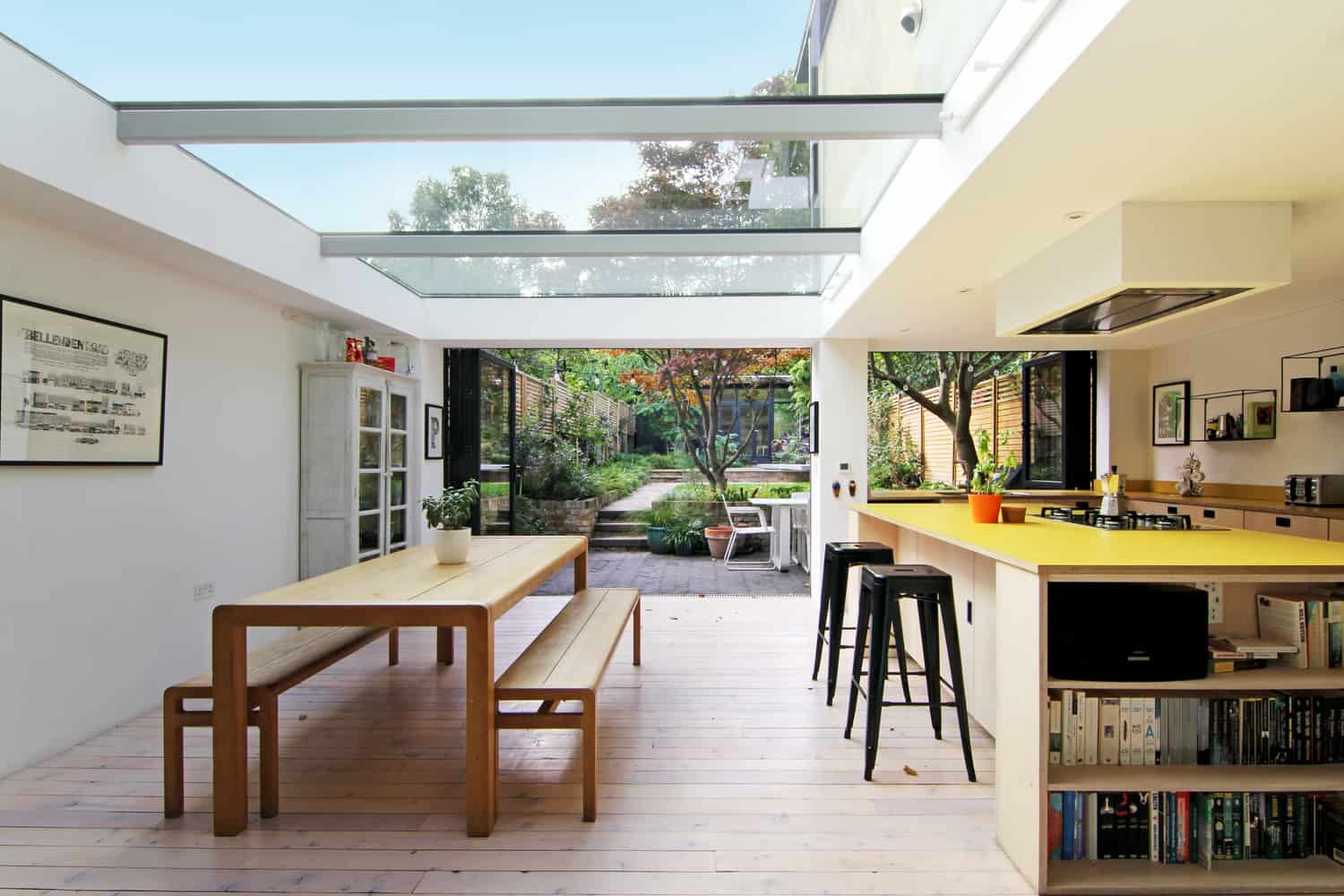 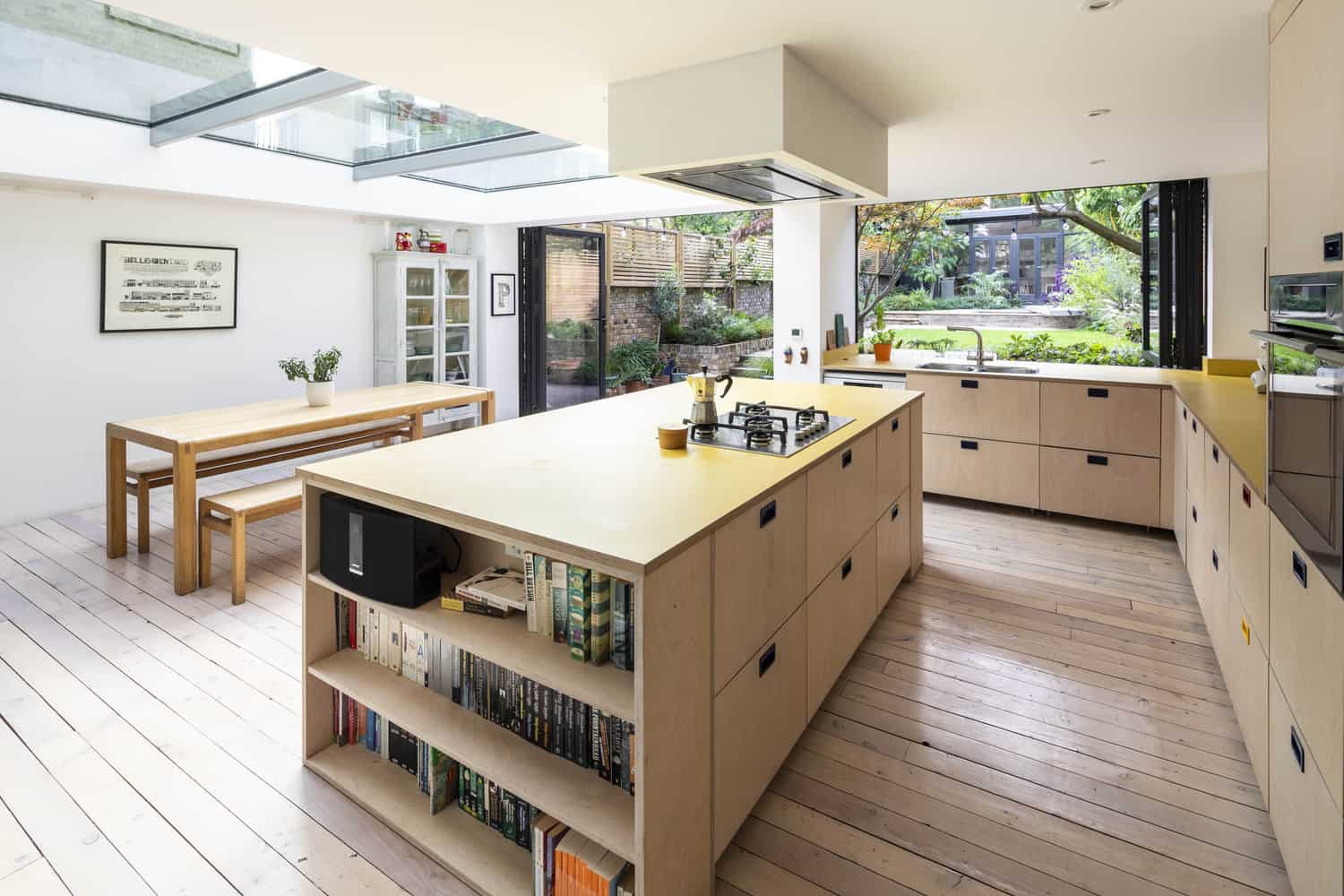 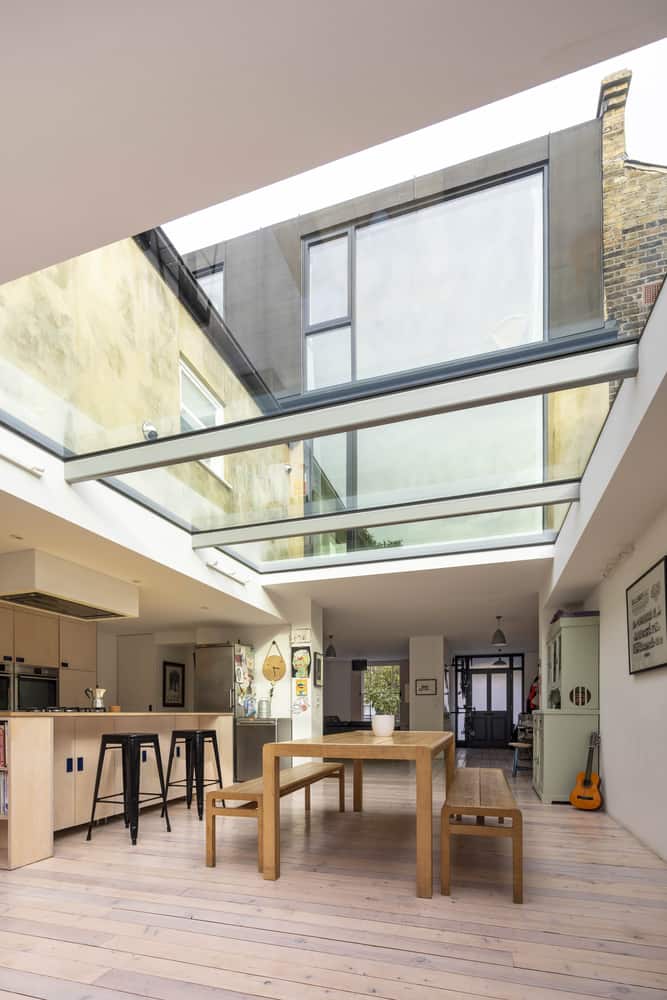 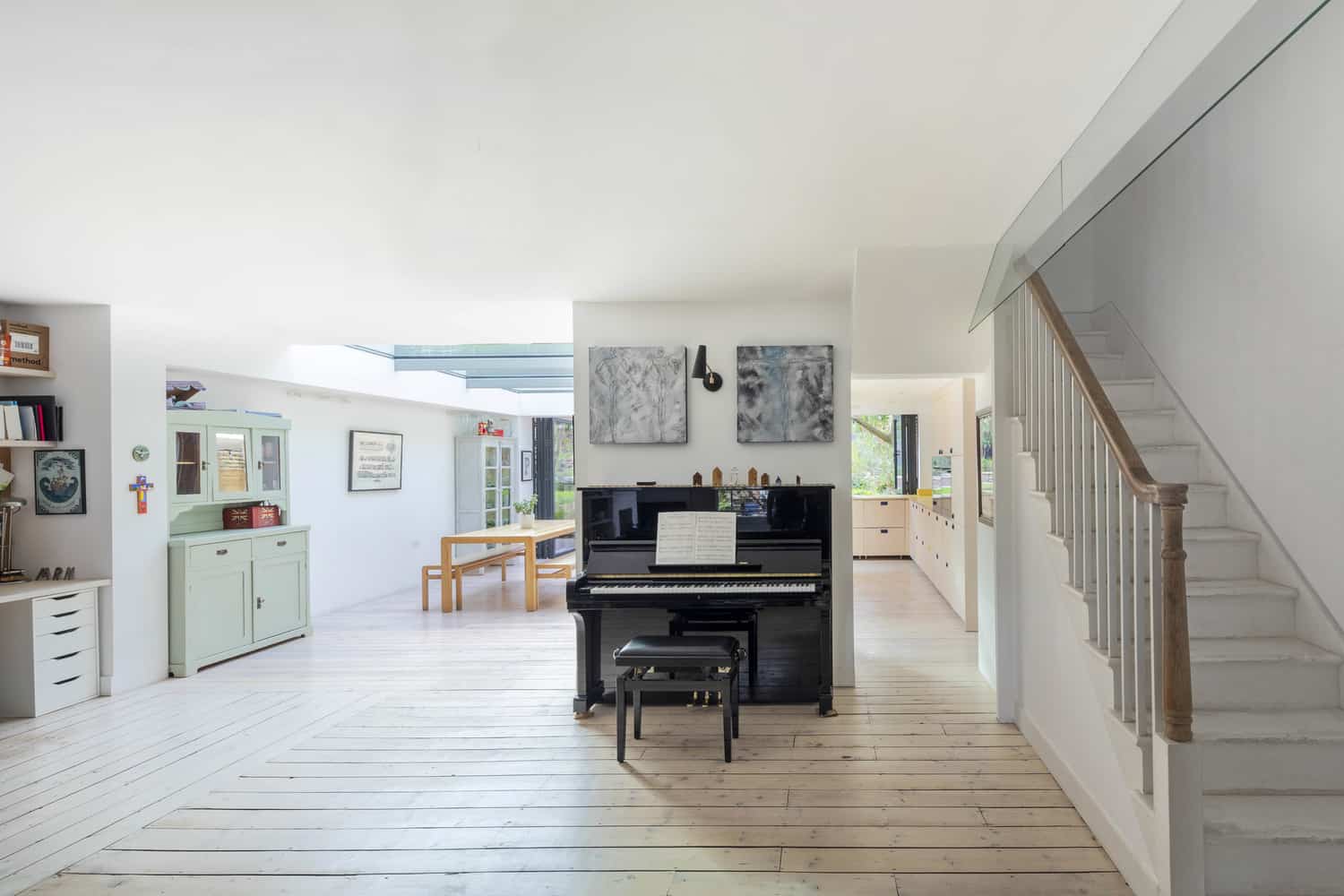 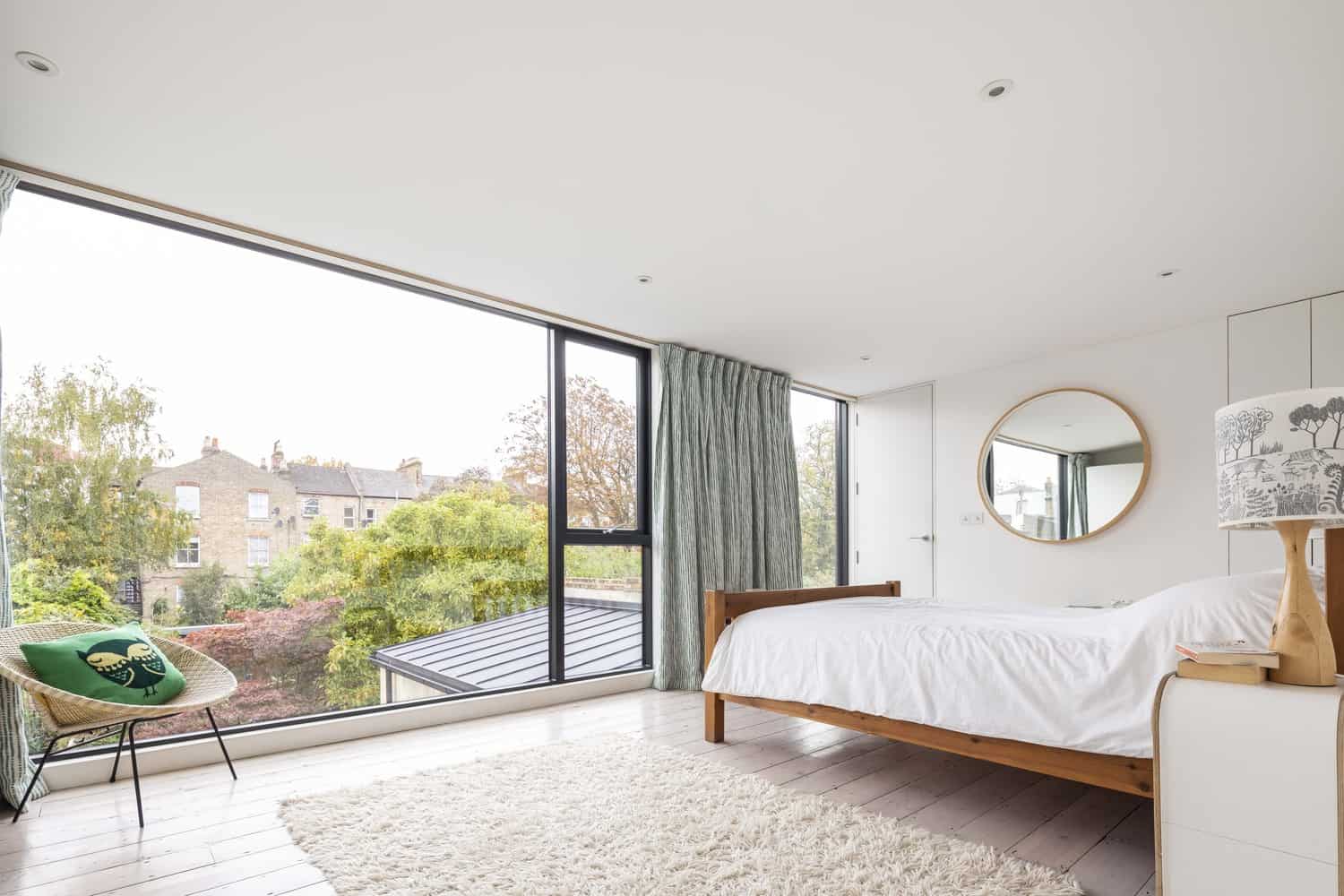 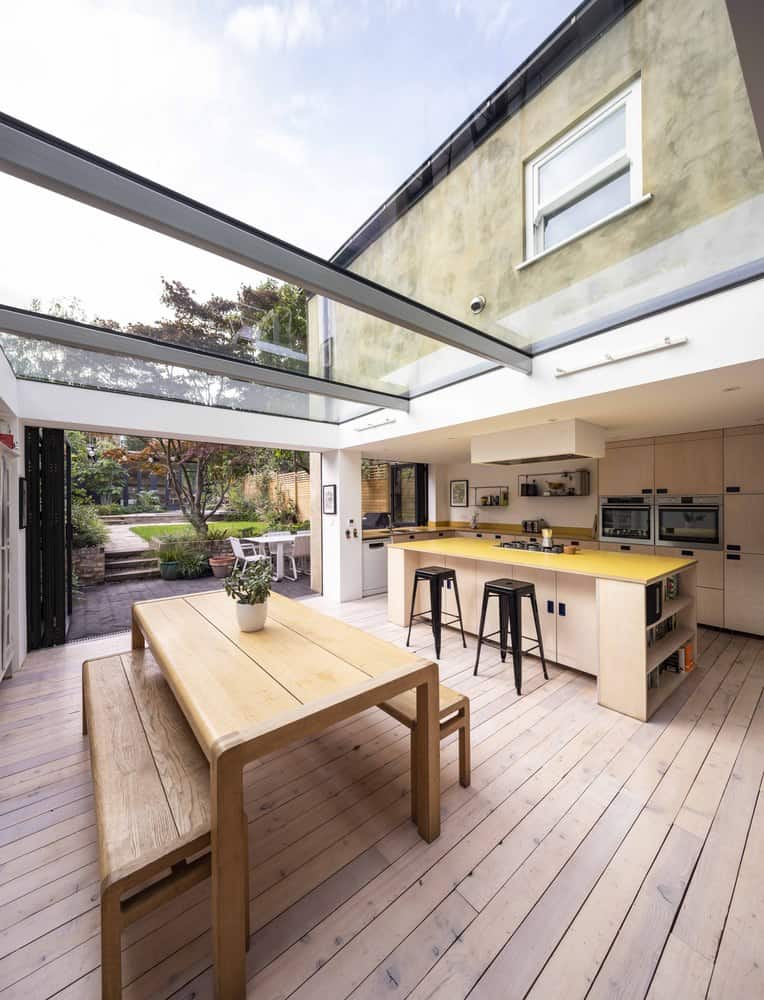 In a lovely little suburban village in the united Kingdom, creative designers at Studio 30 Architects have renovated and revitalized and old Victorian building and is accompanying coach house into a stunning contemporary home that’s perfect for a growing modern family.

In addition to refurbishing the existing home and the buildings surrounding it, designers also decided to extend the space a little to give the family even more room. One of the main goals within the renovations was to open the space up to let more natural light into each room, since original Victorian era architecture was much darker and more enclosed than most people prefer now.

Despite the need to update certain parts of the house, other aspects were kept in their original state and simply improved upon. This helped keep an air of history and authenticity about the place, improving the home in an additional but different way. In the entryway, for example, guests now enter through the freshly refurbished coach house doorway, providing an experience that hearkens back to the original makeup and running of the house.

This change of entry is an aesthetic choice but also serves a functional purpose; moving the new entryway away from the original door creates a bit of an additional barrier away from the public street. The original front doorway has now been transformed into a wood storage for the fireplace and wood burning stove inside!

Inside the house, things have been opened up in terms of layout much the way new windows have been added to open the house up in terms of light and cross breezes. The kitchen and dining space, for example, is open concept leading in from the hallway, and this space also opens out onto a freshly landscape garden and pleasant little patio.

Perhaps the biggest point of structural renovation was the removal of the dividing wall between the main house and the coach house, amalgamating the two spaces as one to provide the family with a more extensive living space. This move acted as a sort of de facto expansion without having to build an entire new extension onto the side of the house.

Moving towards the back of the house, skylights have been added in addition to new windows in an attempt to flood the part of the home that was previously the darkest with nice, natural sunlight. This process was helped along by a set of sliding and folding glass doors, each of which further breaks down barriers between the interior living spaces and the garden greenery outside.

In order to create a modern family home without interrupting the visual fabric of the street and taking away the history that the house offers, designers chose to keep certain elements as close to their original state as possible, so long as doing so was practical. For example, rather than simply replacing the floor boards outright, teams chose to lift them, install modern floor heating, re-oil them, and settle them back in place more solidly than they sat before. Elements like this created a certain dialogue between the modern adaptation and the building’s unique history.