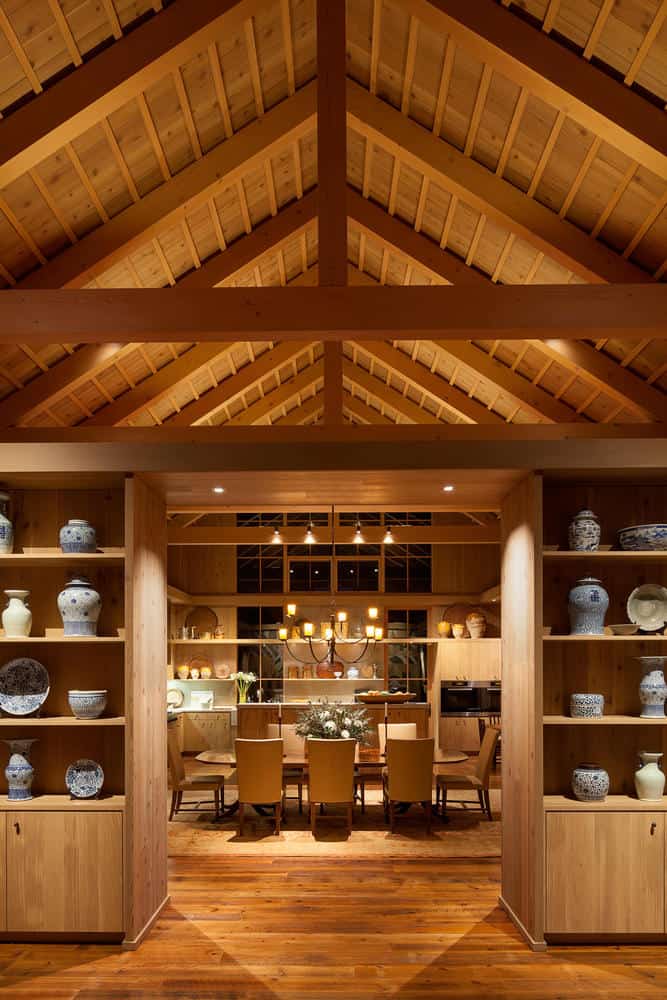 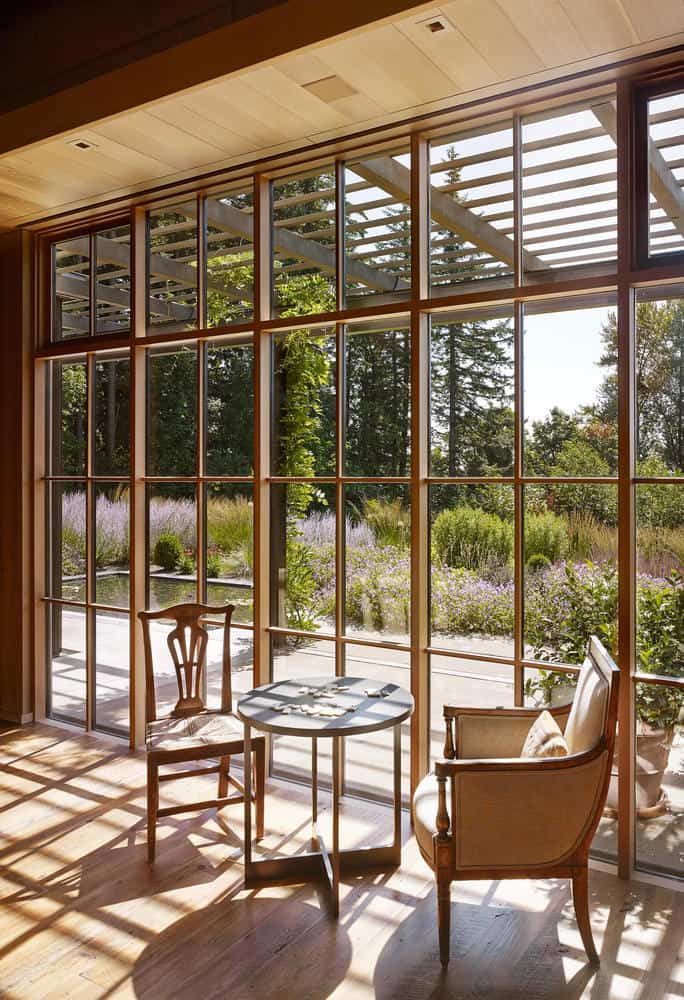 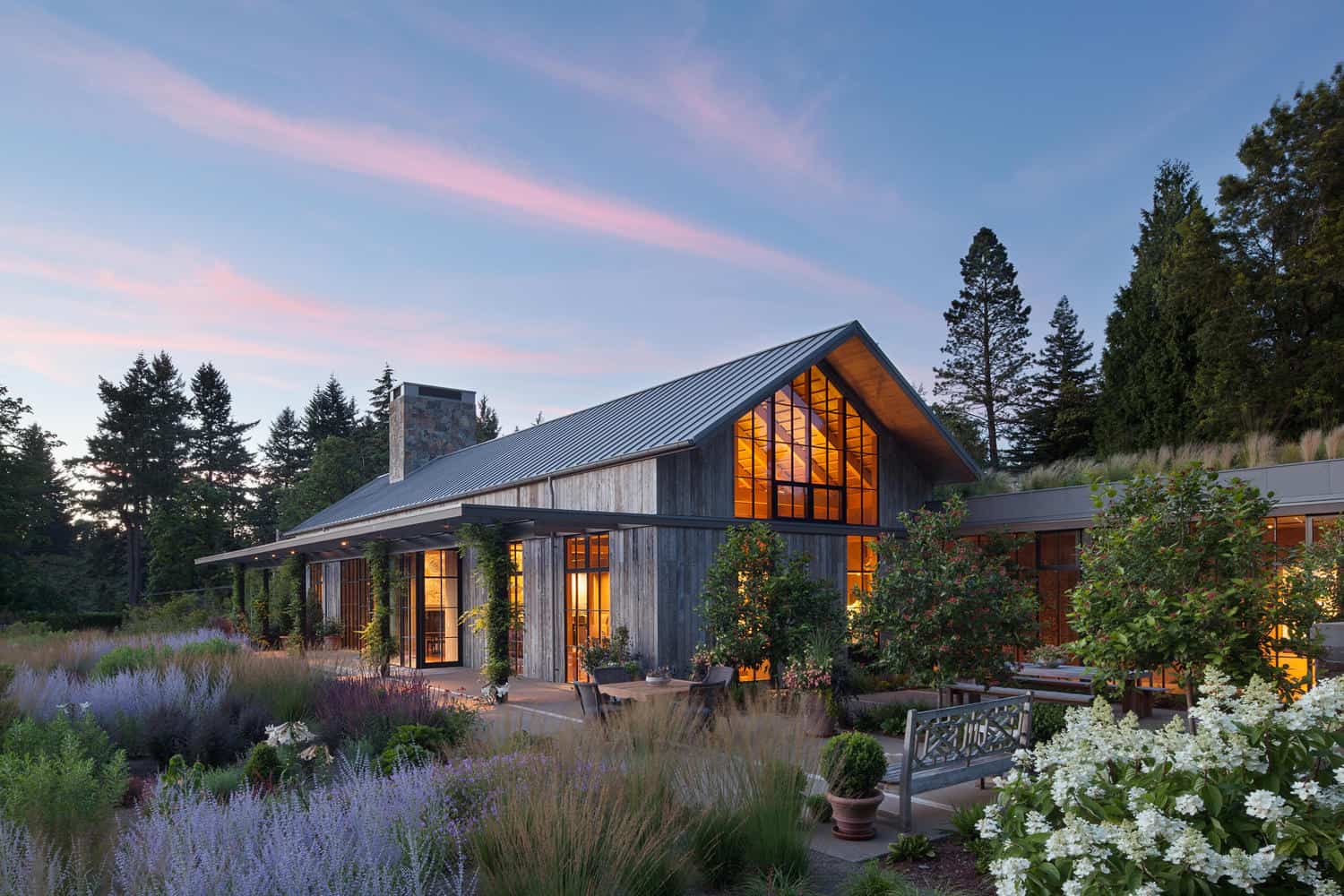 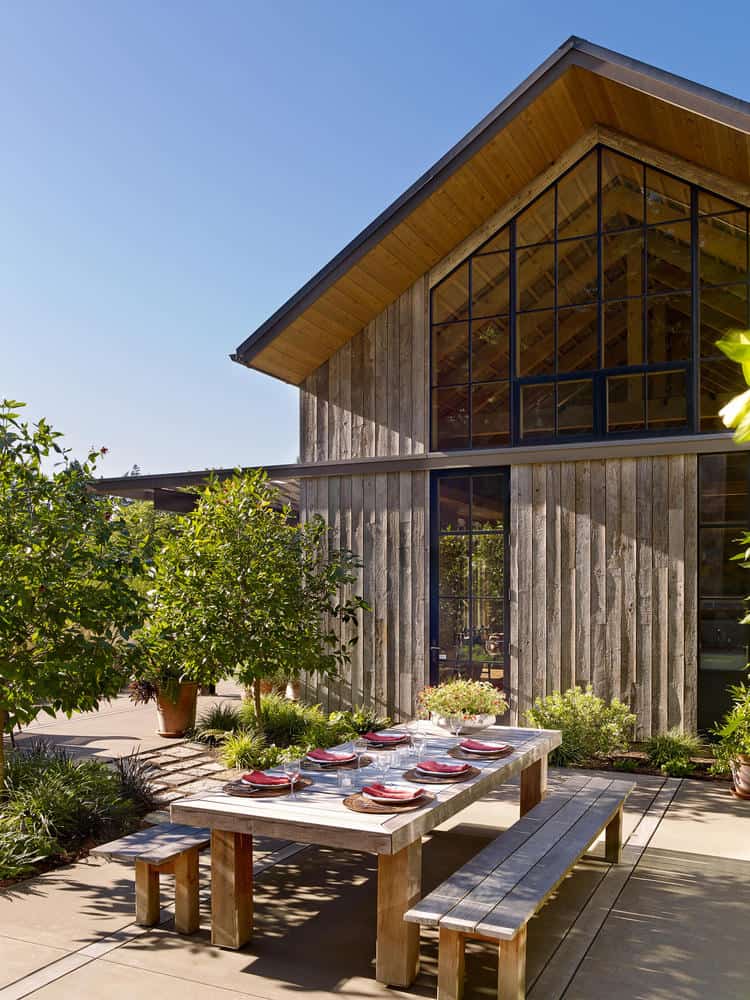 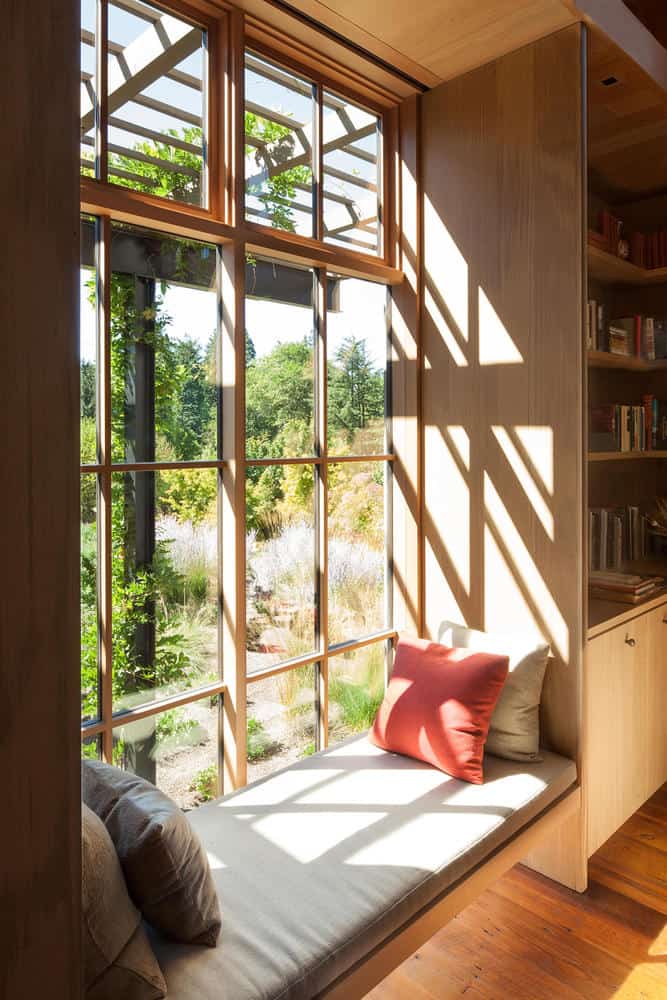 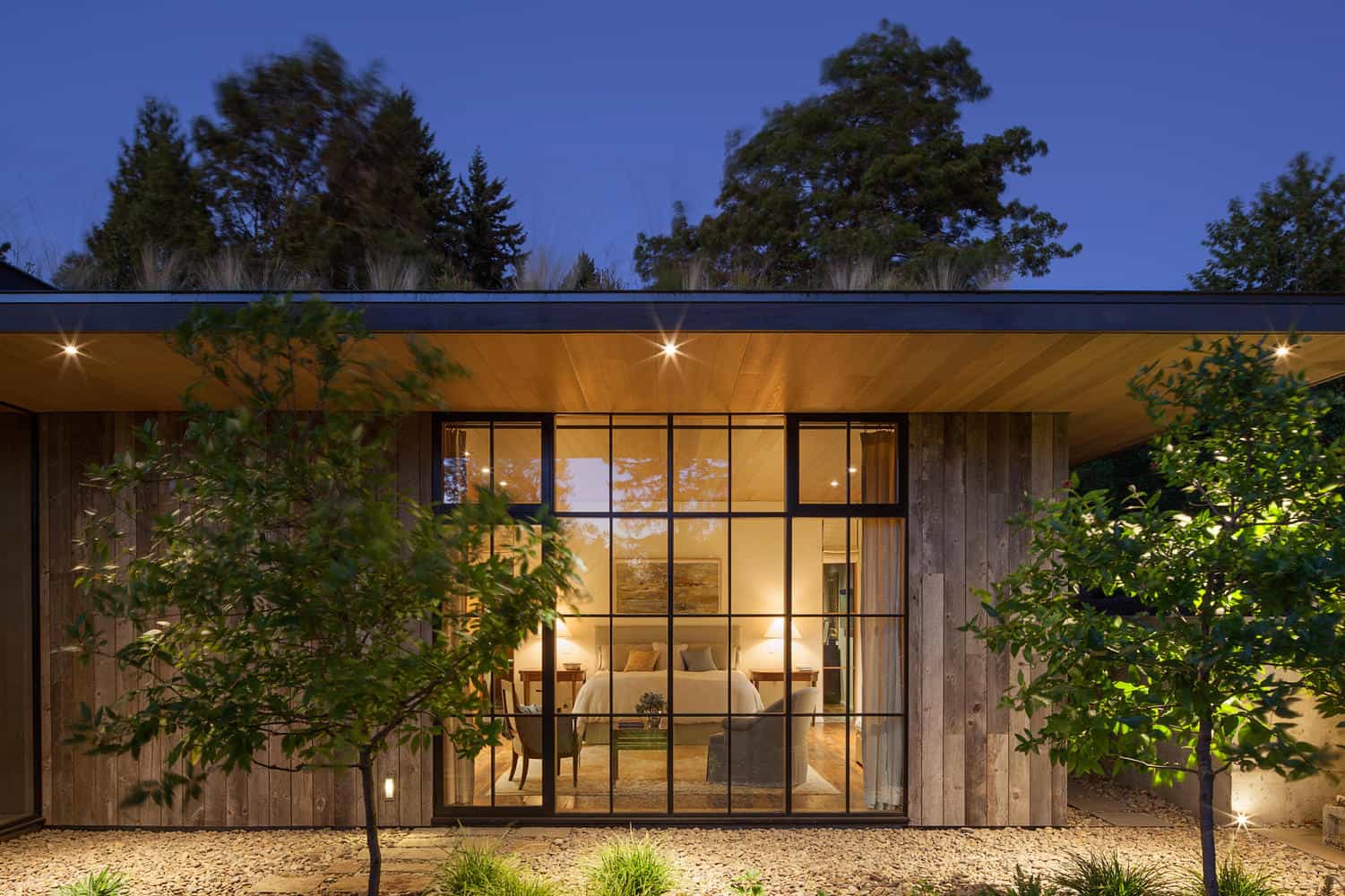 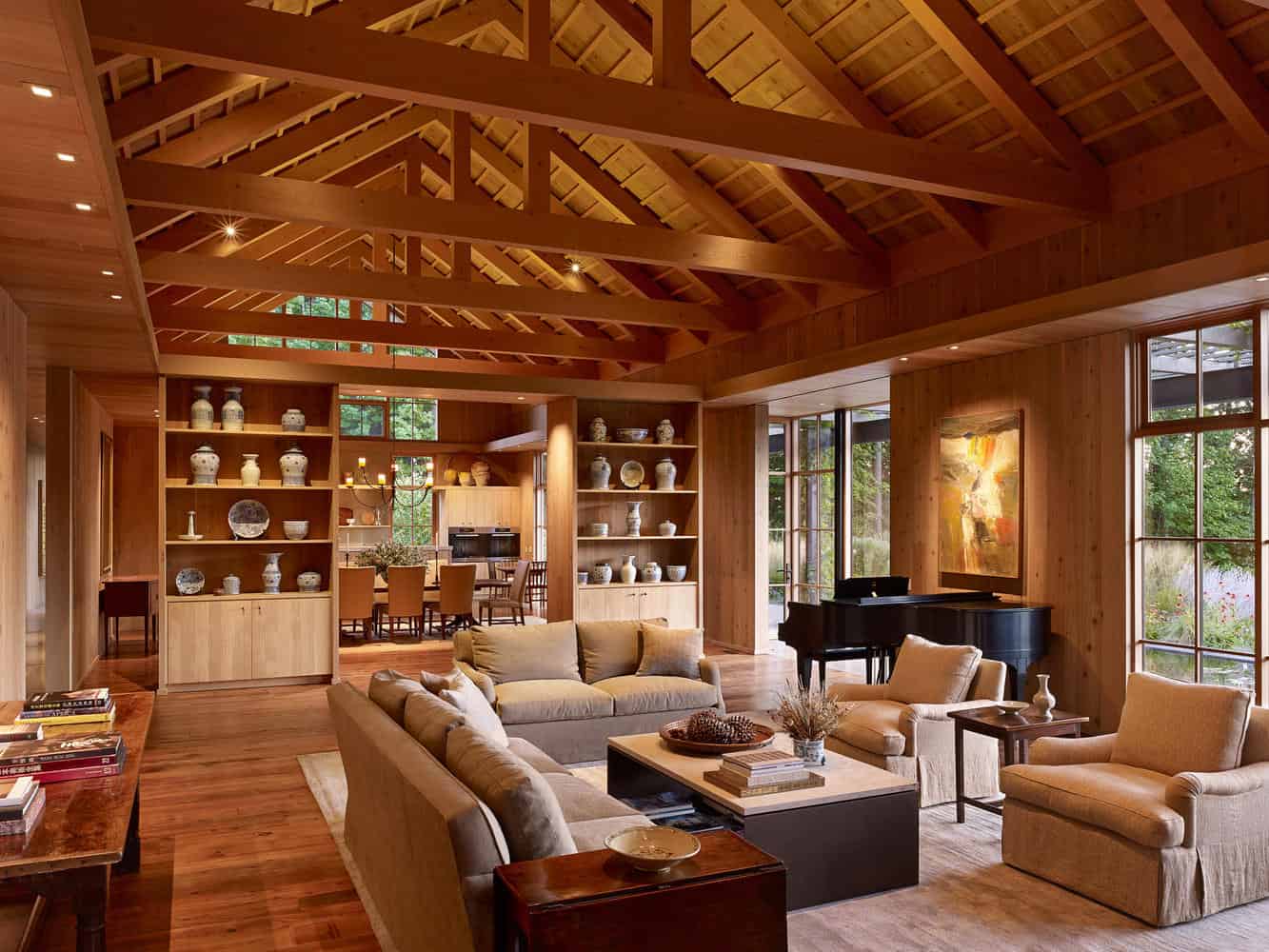 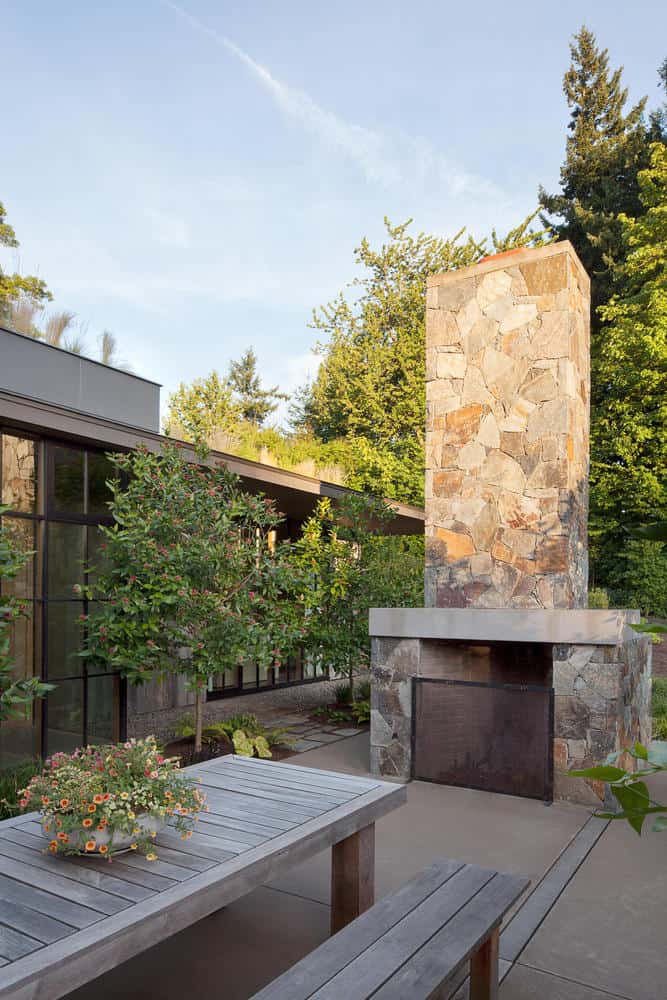 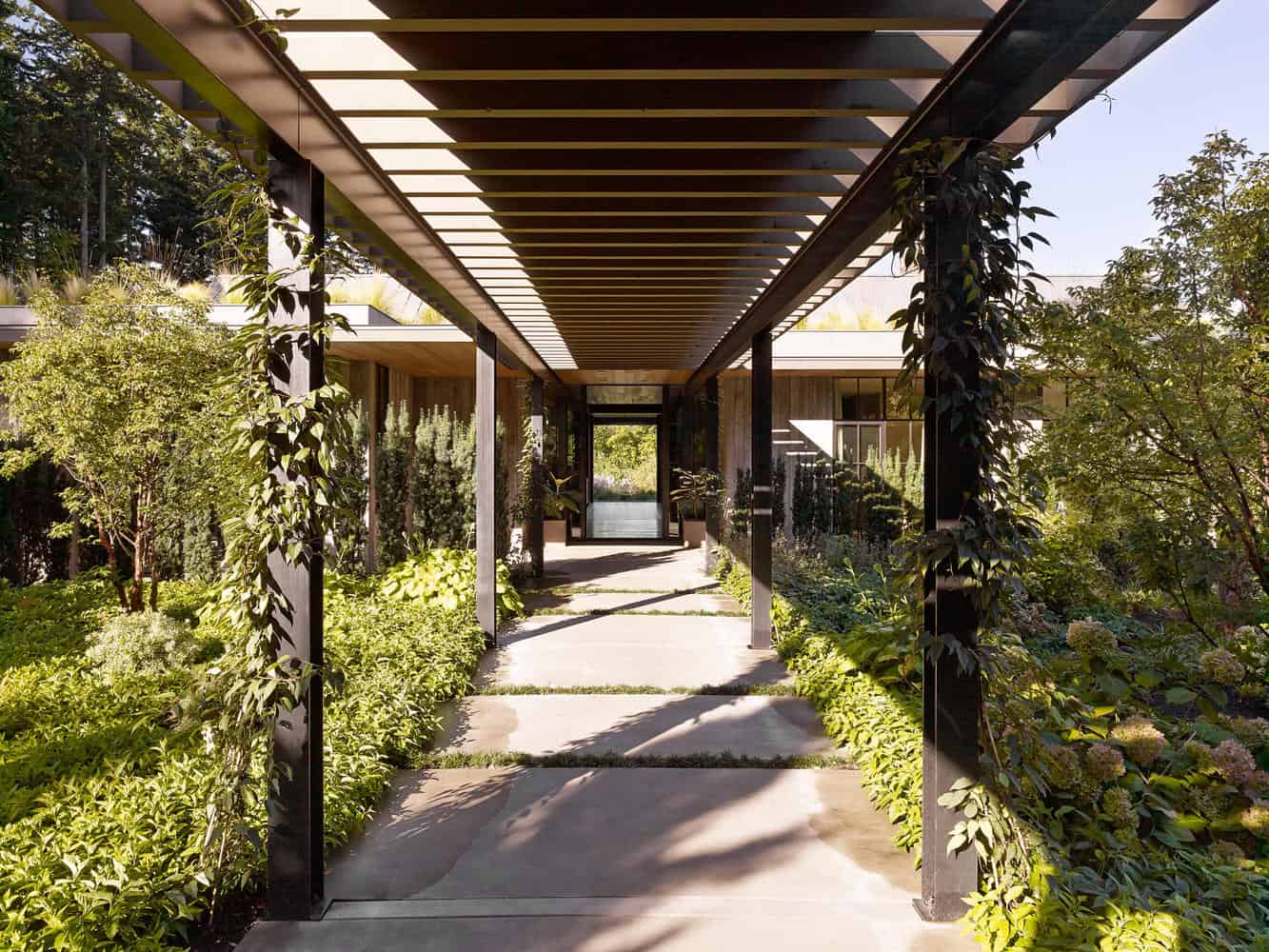 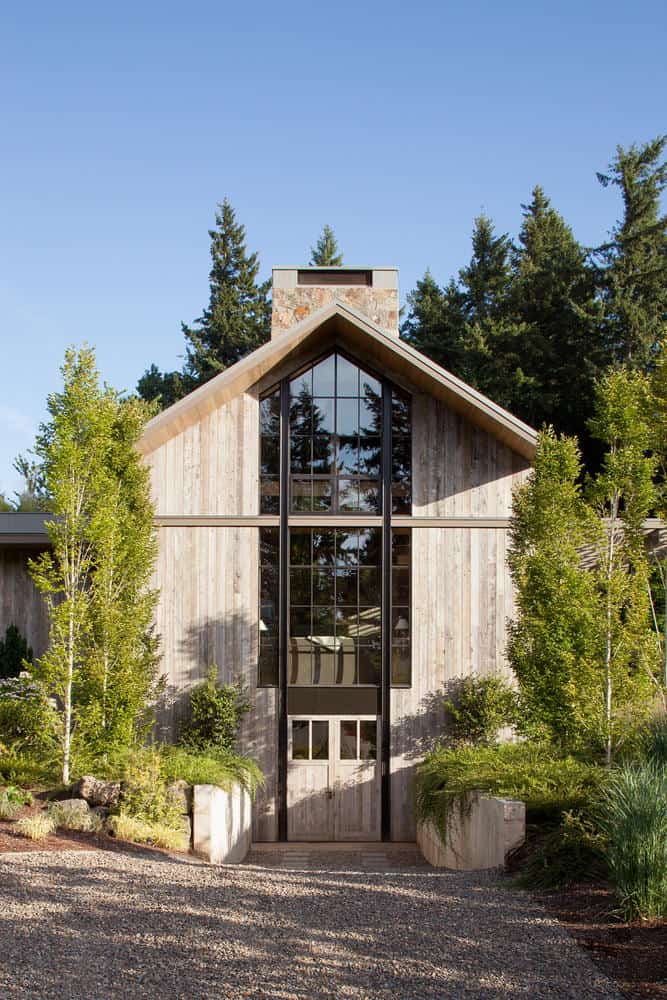 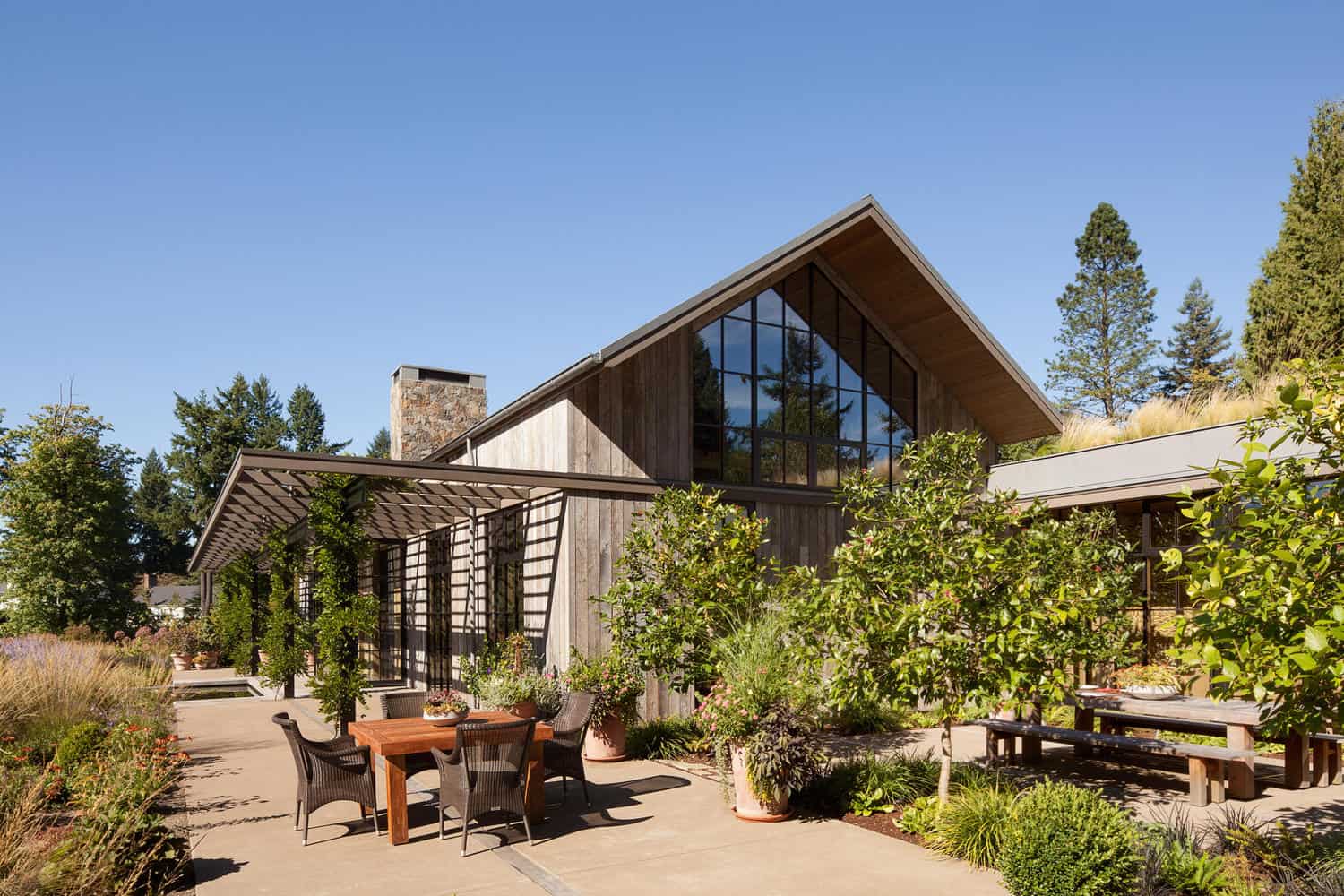 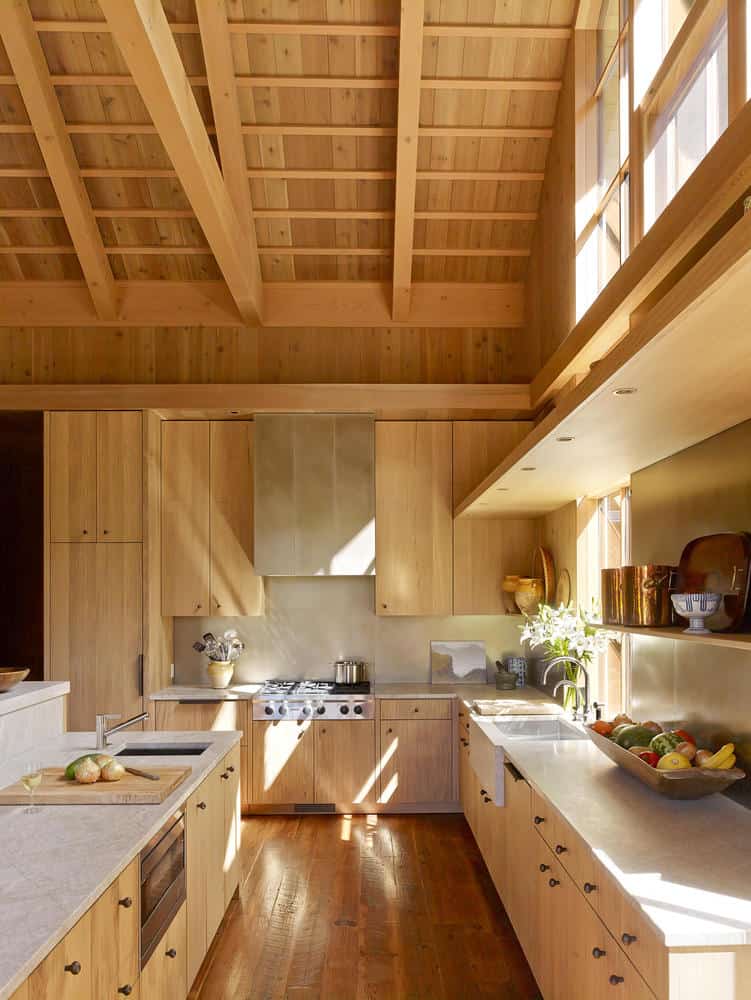 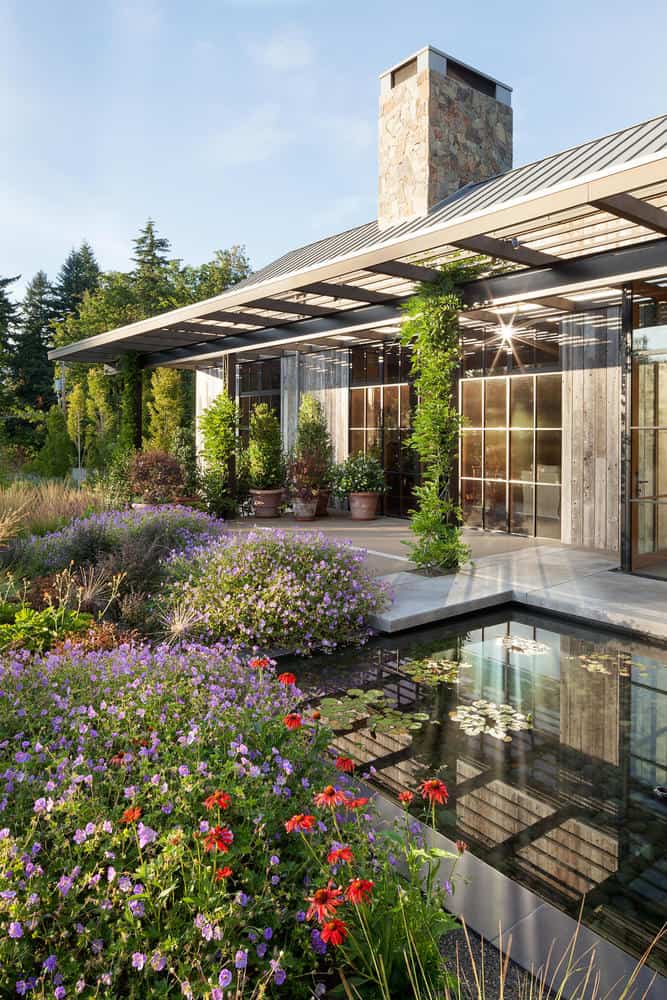 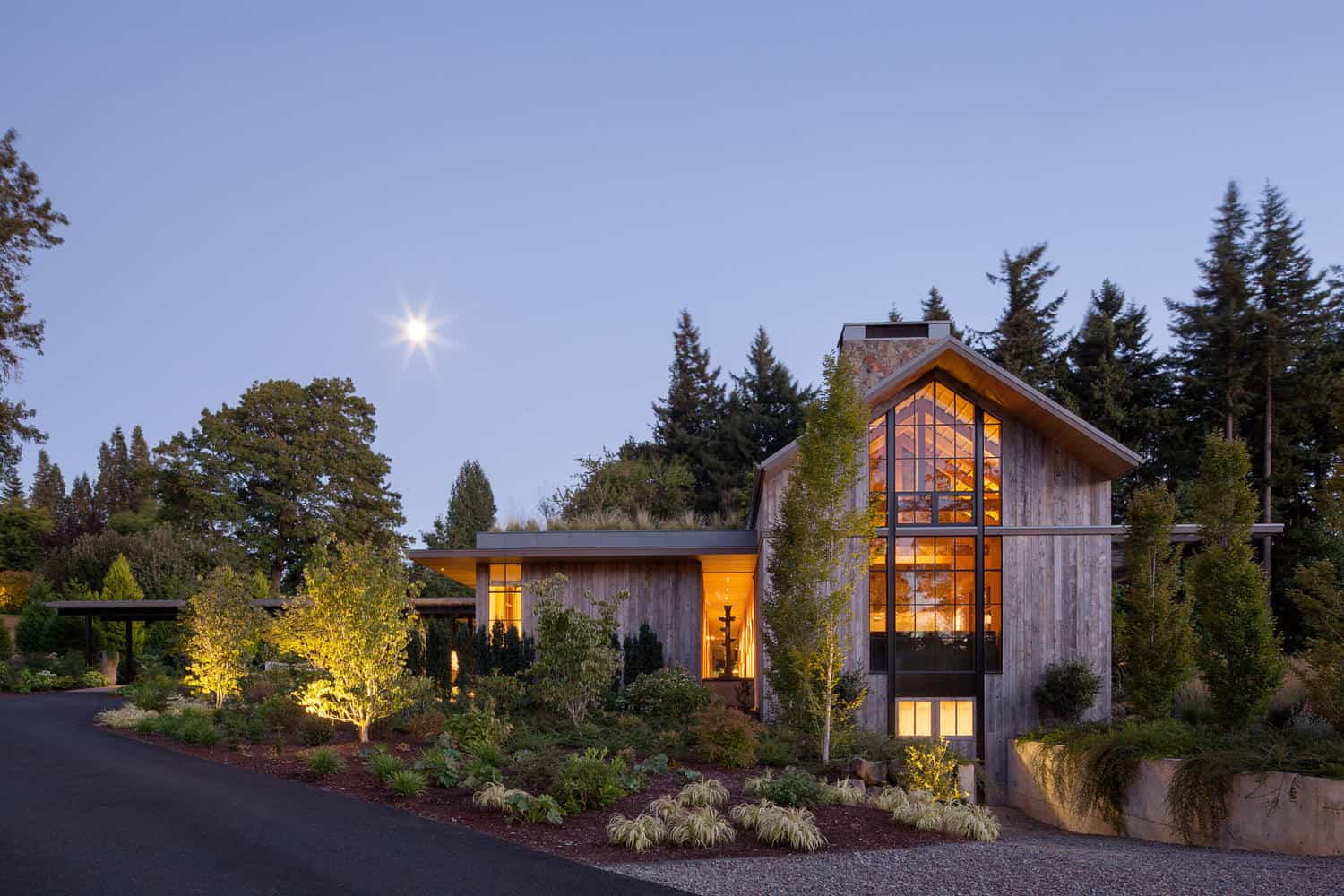 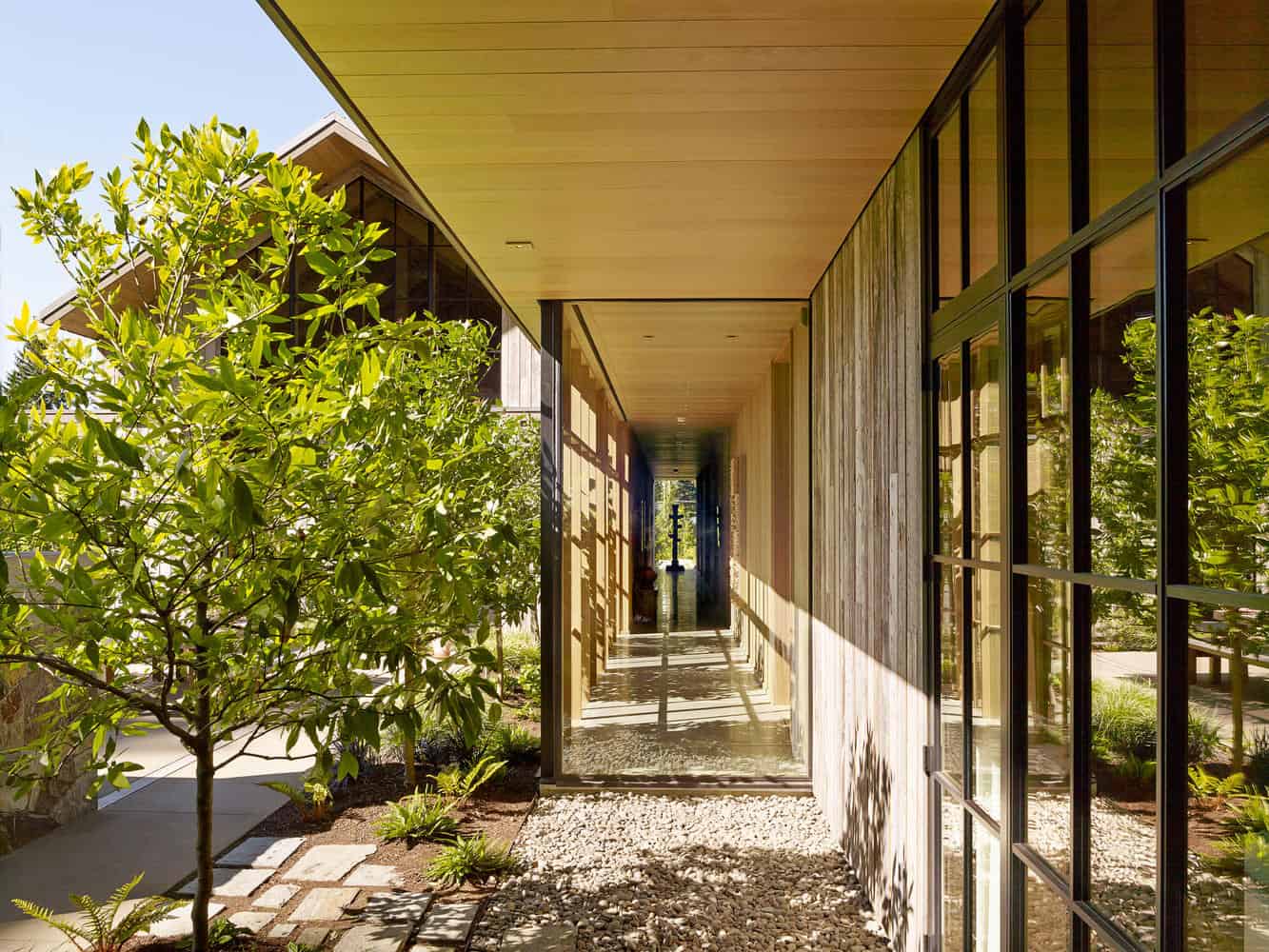 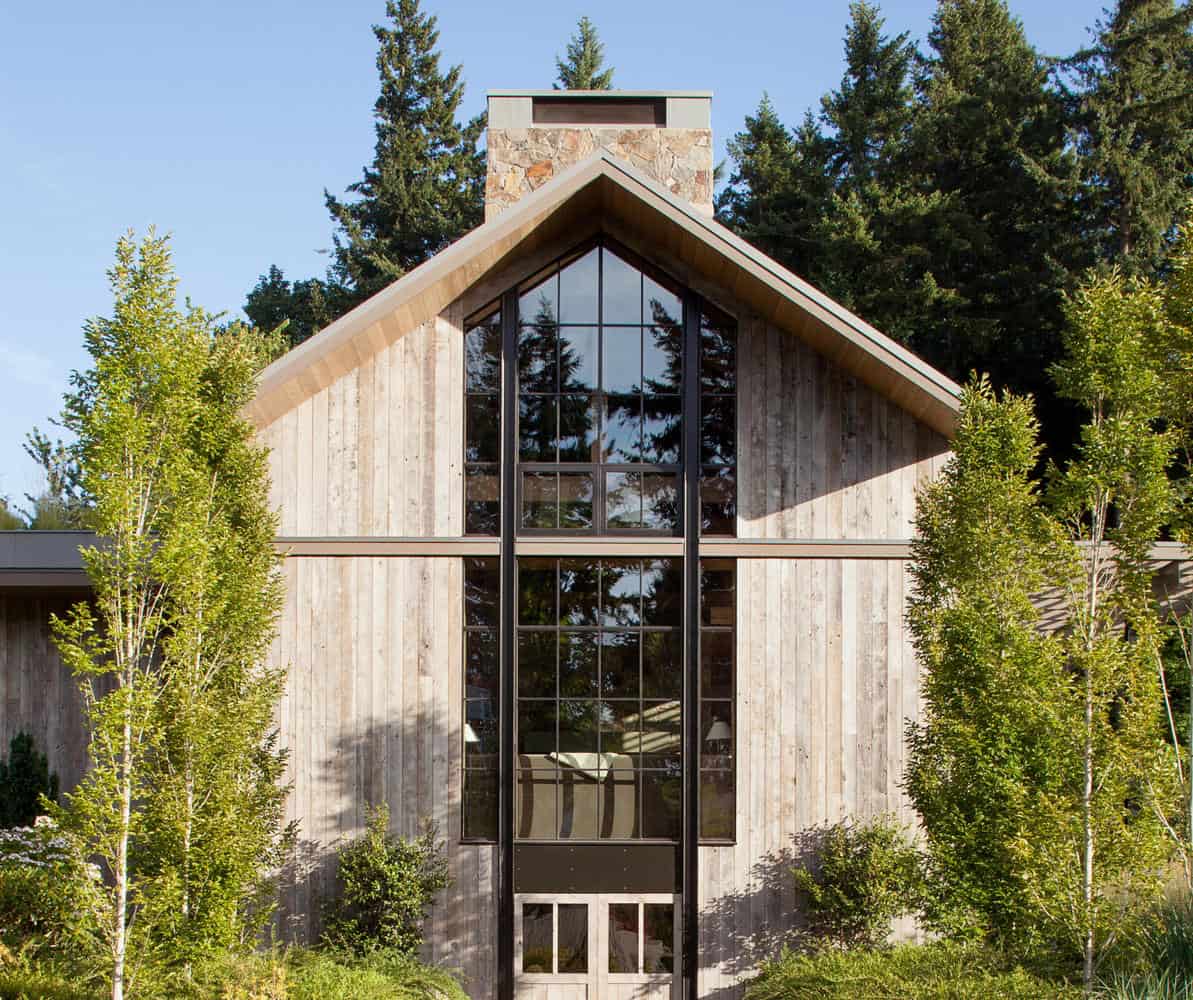 In the lush greenery of the rural areas right outside of Portland, in the United States, creative designers at Olson Kundig recently completed a new home called the Country Garden House, which actually boasts an impressive example of its namesake.
View in gallery

From the very outset, the primary goal of everyone involved in the home’s planning and design was to create something that could exist in harmony with its lusciously green and natural setting. This was motivated by the fact that the home was being custom built for a master gardener who wanted their greatest passion to inspire, be reflected in, and surround their living space.

Natural materiality, windows, and a nearly seamless-feeling blending of indoor and outdoor space became key components in how designers incorporated as many opportunities as they could within the house to take in and really appreciate views of not just the beautiful surrounding gardens, but also the rolling hills and expansive trees around the plot of land on which the house sits.

At the same time, the team wanted to make sure the space inside remained warm and comfortable, giving dwellers and visitors these views without feeling too much like privacy is sacrificed. The home was created with multi-generational use in mind, so the spaces are open concept, adaptable, and easy to move between, creating awesome flow of not only people but also energy, light, and air circulation.

Perhaps the number one tool used by the building team to allow the house real communication with its natural landscape was reclaimed barn wood. The facade of the house was clad durably in this material, giving it a look that’s reminiscent of old barns in the area. Its slightly more contemporary shape, however, also recalls that of a greenhouse, which is entirely appropriate given who the house was built for.

Inset into the wooden structure, beautifully high and energy efficient glazed windows serve several functions for the house. Besides being a key tool through which visitors access those breathtaking views we mentioned earlier, they also flood the house with natural light, giving it a cheerful and energized feeling and cutting down on power requirements. Of course, sunlight can heat things up quite quickly so, rather than just encouraging the owners to use air conditioning, designers used gridded glazing from floor to pitched ceiling, allowing UV resistant glass to handle residue heat.

The emphasis on beautifully stained and locally reclaimed natural wood doesn’t stop at the home’s frame and facade. This was also the primary material used on the floors, counters, shelving units, walls, ceiling, and most other furnishings. Rather than looking too dull in its monochromatic appearance, however, the wood perfectly blends with the view outside for a comforting sense of cohesiveness that other colours in the decor scheme and pop against very well indeed.

Where wood couldn’t be used, naturally sourced metals and stone were employed in order to keep all materiality consistent. The gardens outside the house, which bloom visibly all the way around and can be seen from every room, were a collaboration between the home’s owner and notable plantsman Dan Hinkley.

Designers chose to situate the largest windows near the most impressive gardens in order to visually invite them right into their home. They also made the metal finish on the roof, which is designed to withstand weathering, a very intentional shade of green, furthering the sense that the whole house has of blending beautifully into its surroundings so it doesn’t interrupt the gardens it was nestled amongst.

Rather than just letting the gardens sit around the house to be looked upon, designers actually chose to incorporate greenery into the home like an actual experience. This starts at the entryway where visitors pass under an expansive leafy trellis walking to the front door. From here, they move through a living room that boasts those big, view-rich windows we mentioned earlier, allowing them to drink in the sight of the rolling green hillsides just past the property.

Greenery in the public spaces is balanced out and contrasted against a lovely collection of artwork. The primary gallery is displayed in a long corridor that separates common spaces where the family might host guests from private spaces where the bedrooms and rest areas lie. The way the whole area presents art and greenery together as viewing choices simply heightens the beauty of each.

Art continues to be a theme throughout the house, making that beautiful contrast between its own colour and detail and the natural beauty of the ever-visible gardens consistent. Towards the living room, for example, custom shelving boasts an impressive collection of traditional Asian porcelain before guests encounter a stunning wall mural behind the table, hand-painted by Leo Adams.

Beyond the art, the interior space is intentionally designed to feel earthy, just like the gardens outside. Neutral tones and natural textures are paramount to this atmosphere, peppered throughout the rooms by a mixture of furnishings that all suit the aesthetic but that might be either antique or contemporary. The overall sense is one of rustic refinement.
Photos by Jeremy Bitterman

The Viceroy Maldives on Vagaru Island