Tucked away in the folds of the South African Landscape and 15 miles away from Swellendam city, is a serene, secret paradise, Godswindow.

Designed by Johannesburg-based architect Georg van Gass of Gass Architecture Design Studio and landscaped by Patrick Watson, the U-shaped residence sits on 266 acres at the door-step of the breathtaking mountains and valleys of Langeberg Mountains.

The residence includes a boutique guest house with two exclusive suites and can accommodate up to three couples.

Godswindow’s suites can be booked for around $290 per night and per person.

This unique property is also currently listed for sale with an asking price of around $2,6 million.

Check out the video below to see more details about this amazing estate!

“This new residential dwelling is situated in Swellendam at the door-step of the breathtaking mountains and valleys of Langeberg Mountains – a view so magnificent that the locals have named it “God’s Window.” It was because of this exquisite setting that simple forms and materials were chosen for the architecture, in order to facilitate a subtle intervention – to “lie gently” on the landscape. The buildings were constructed using largely local textures and materials reminiscent of its distinctly Southern African origins.

In addition to the architecture itself, efforts were made to make the house and the land itself more sustainable. For example, the land was cleared of non-native invading species, like the black wattle. Also, all the water used in the house is harvested from the site itself, and as a result there is no connection to the municipal water supply line, making the house self-sustaining from a water perspective.

The buildings that comprise the house, while simple in form and texture, are intentionally oriented on the site to engage the surroundings. The house is composed of three discrete box structures forming three edges of a private courtyard. The largest box form contains the public areas – the entertainment, living, and kitchen spaces. This box, with its glass façade and uplifted roof, opens itself up completely to its surrounding. In contrast, the smaller boxes, flanking to form either side of the courtyard, include the private domains of the bedroom and bathrooms, and on one side, a movie room. These buildings are made of thick masonry walls and concrete roofs, which form cave-like, intimate spaces where one can retreat for solitary quietude.

The purposeful orientation of these three buildings as perimeters to a courtyard creates a spatial relationship with the mountains, which, in essence, form the last perimeter of the courtyard. Moreover, the structural and material qualities of these buildings, accentuated even further with the line of the main roof structure ascending towards the sky, is in direct dialogue with “God’s Window” – as if the earth were communing with the heavens.” 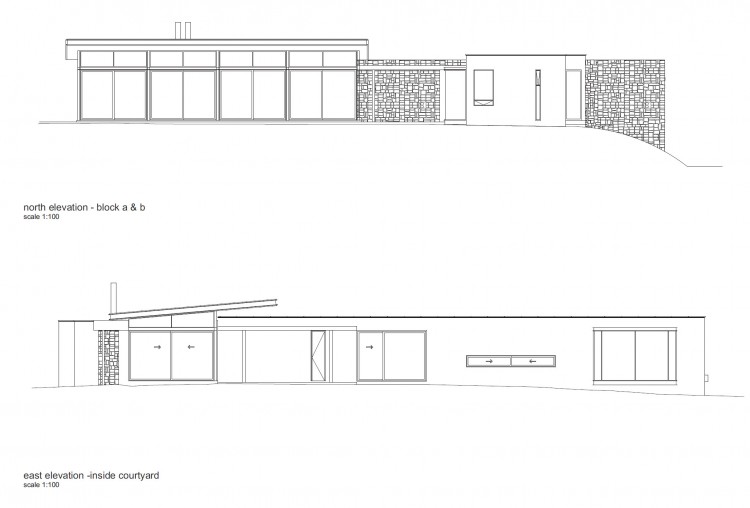 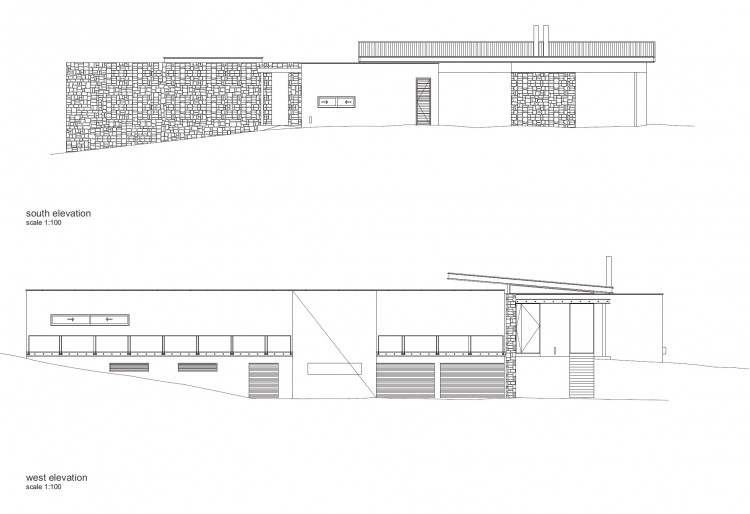 One Comment to Godswindow Residence by Gass Architecture Design Studio