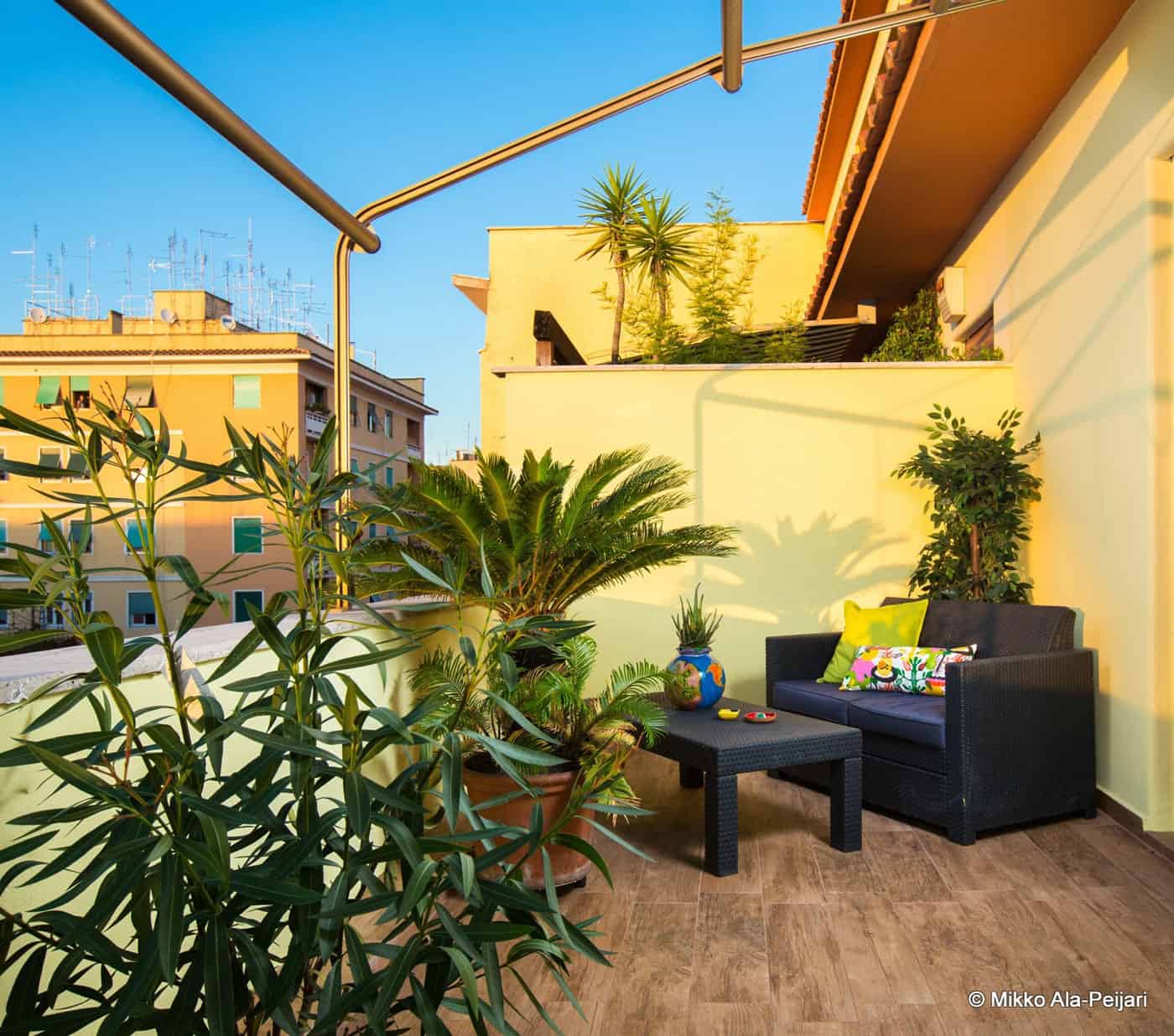 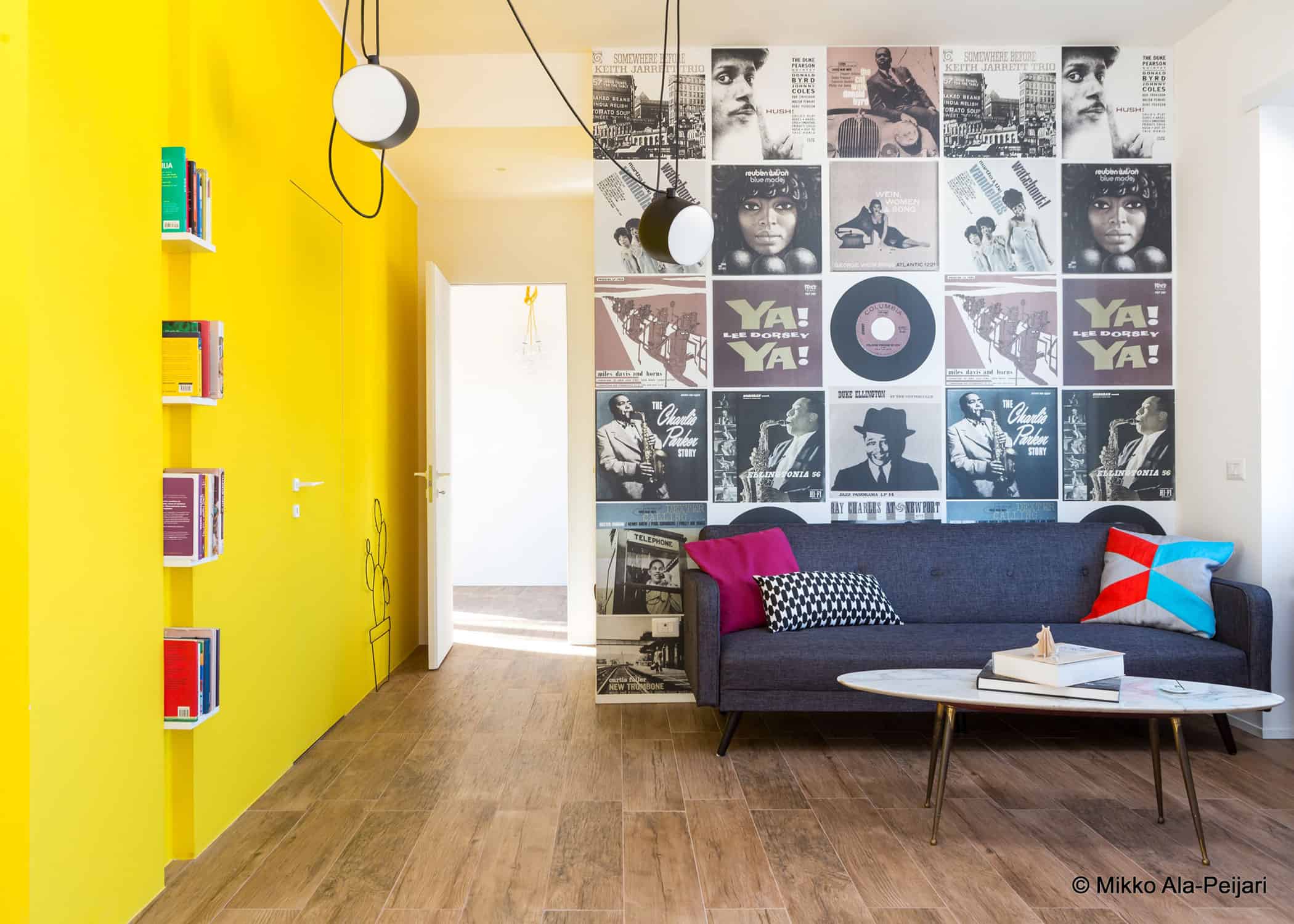 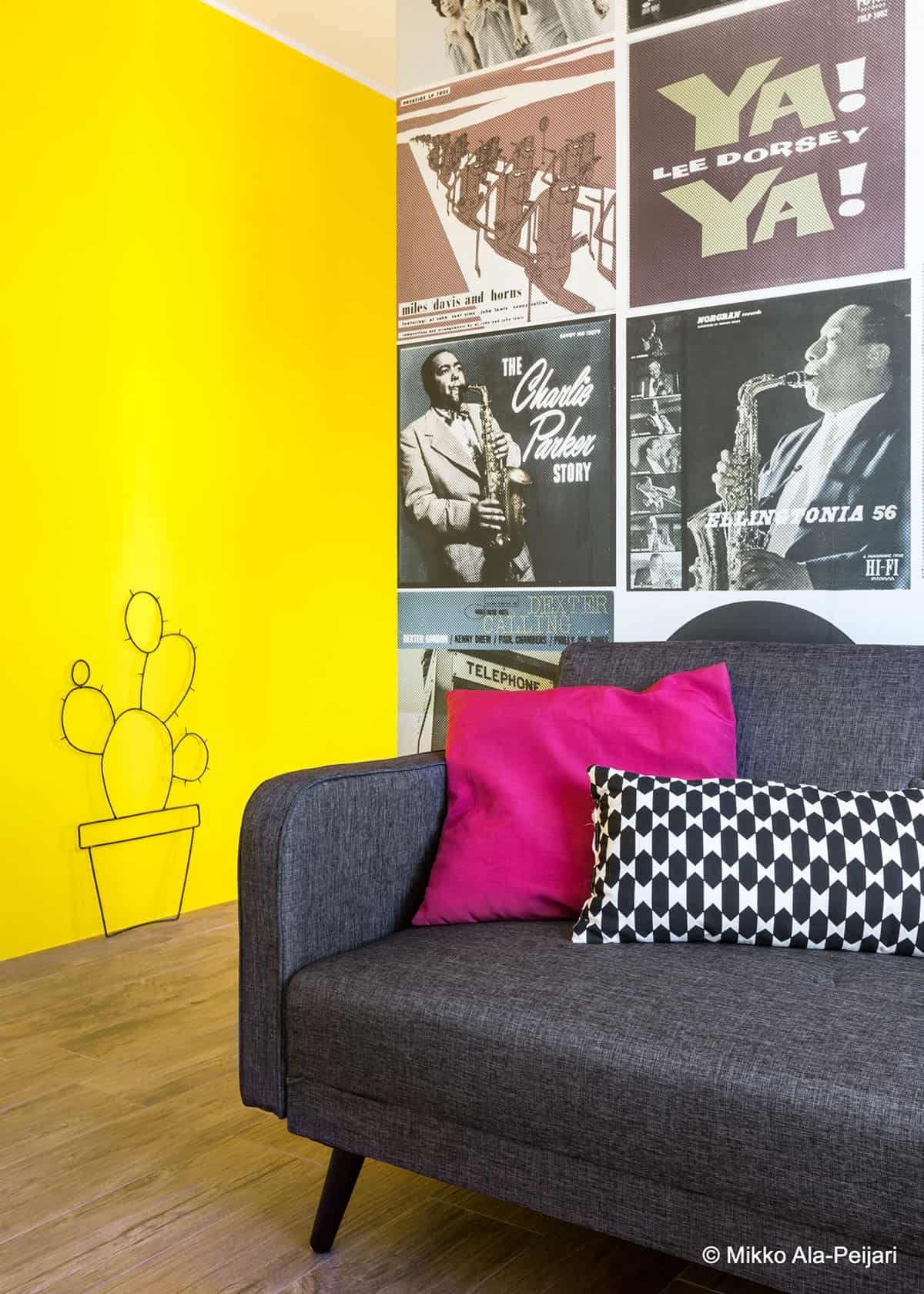 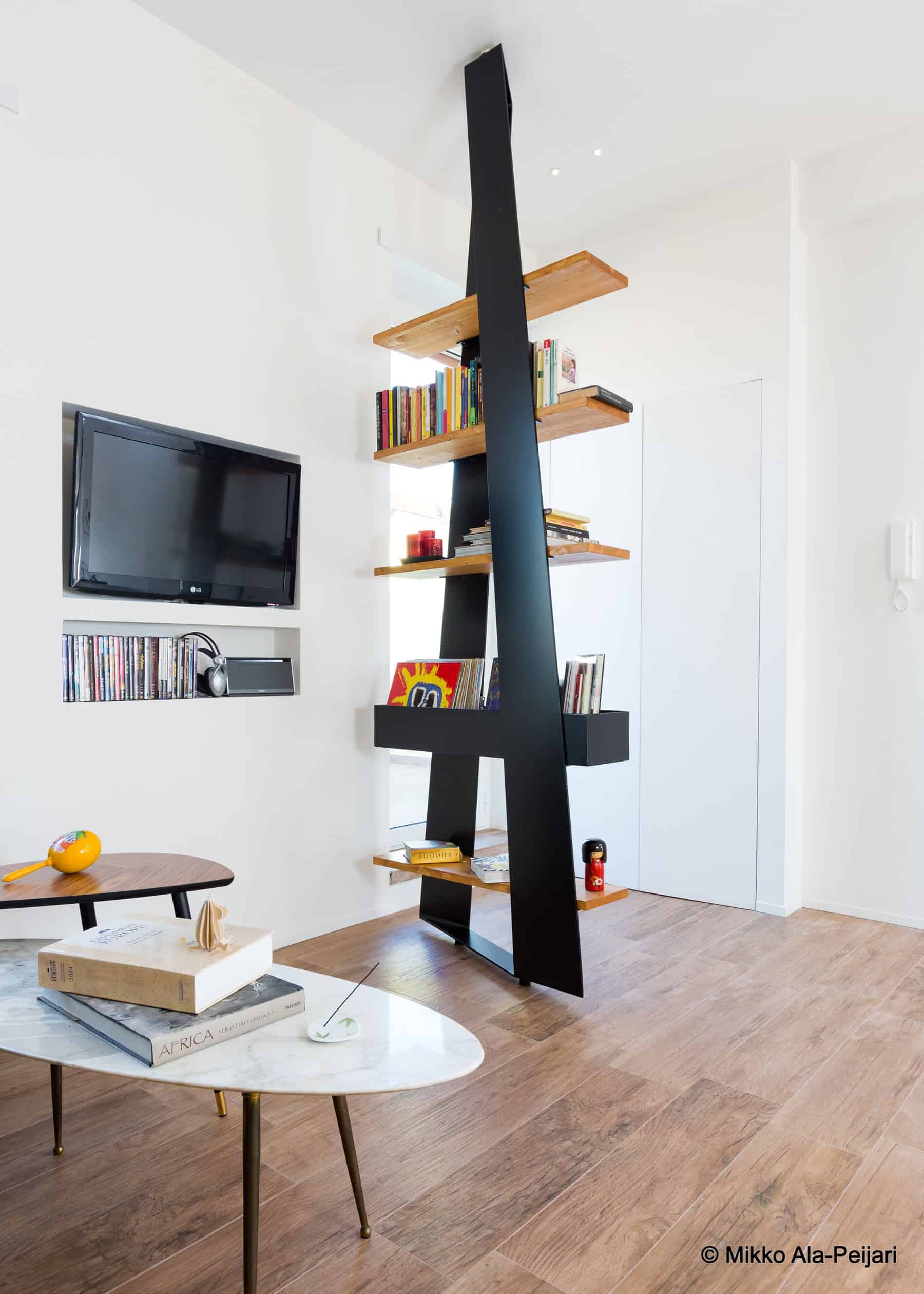 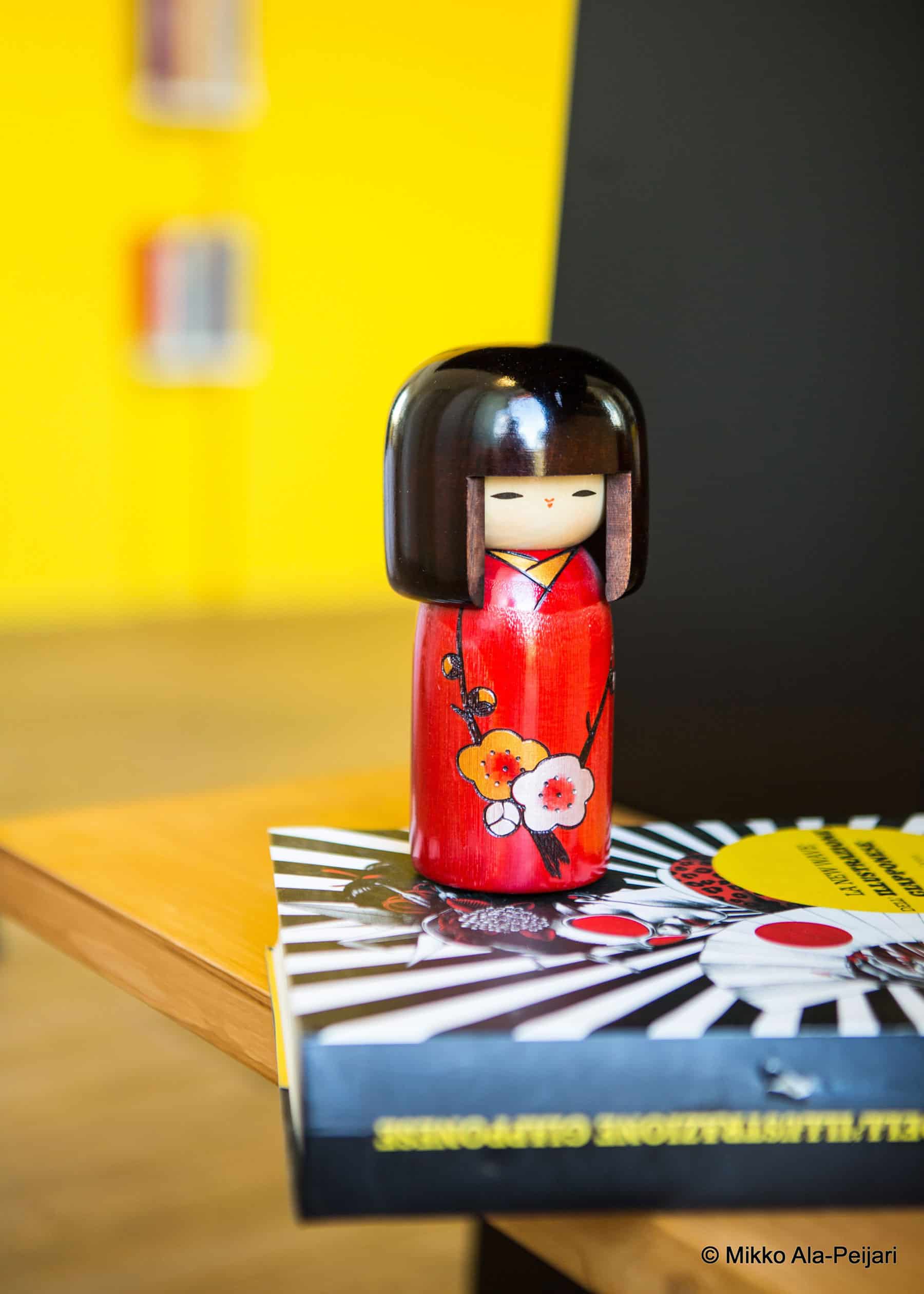 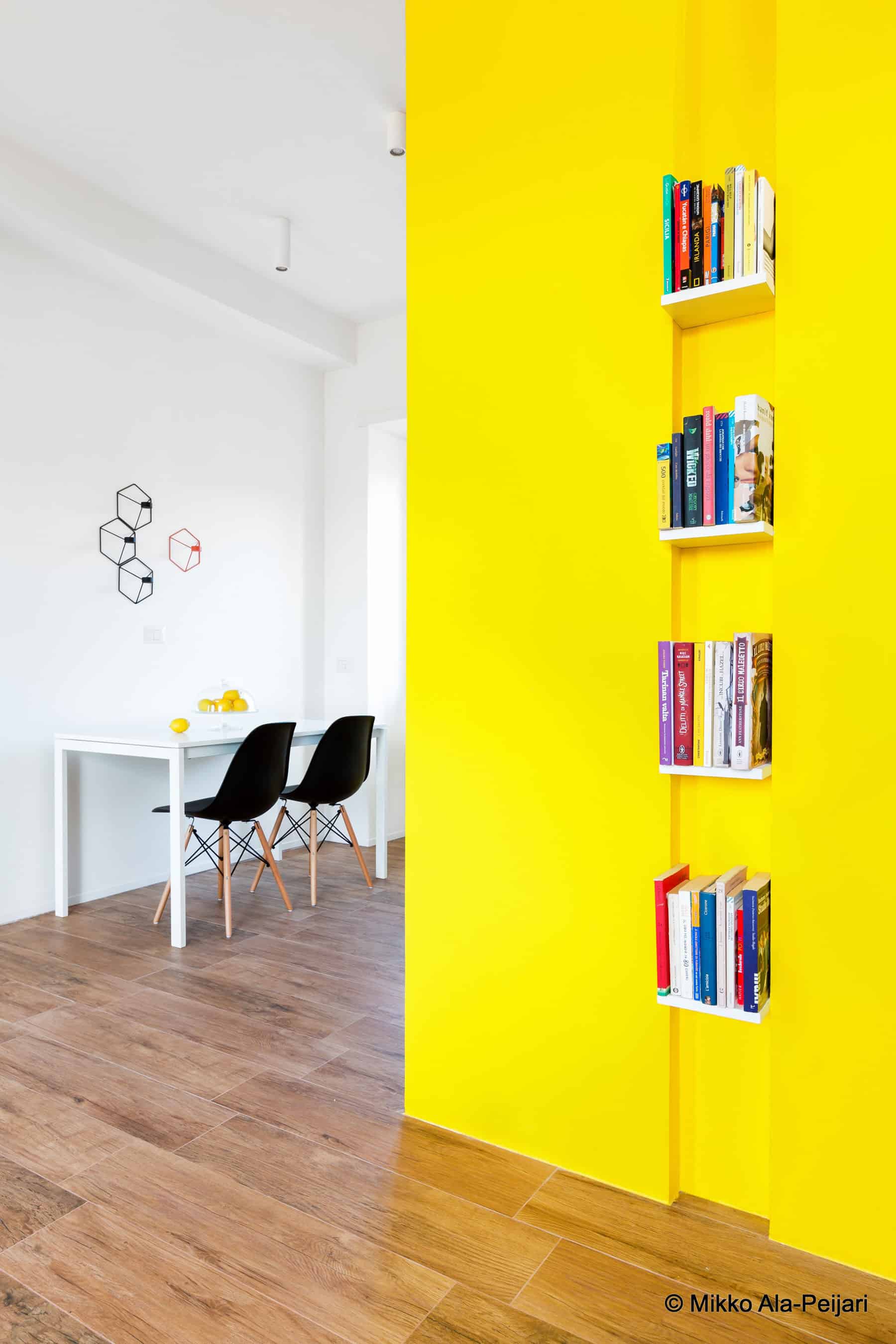 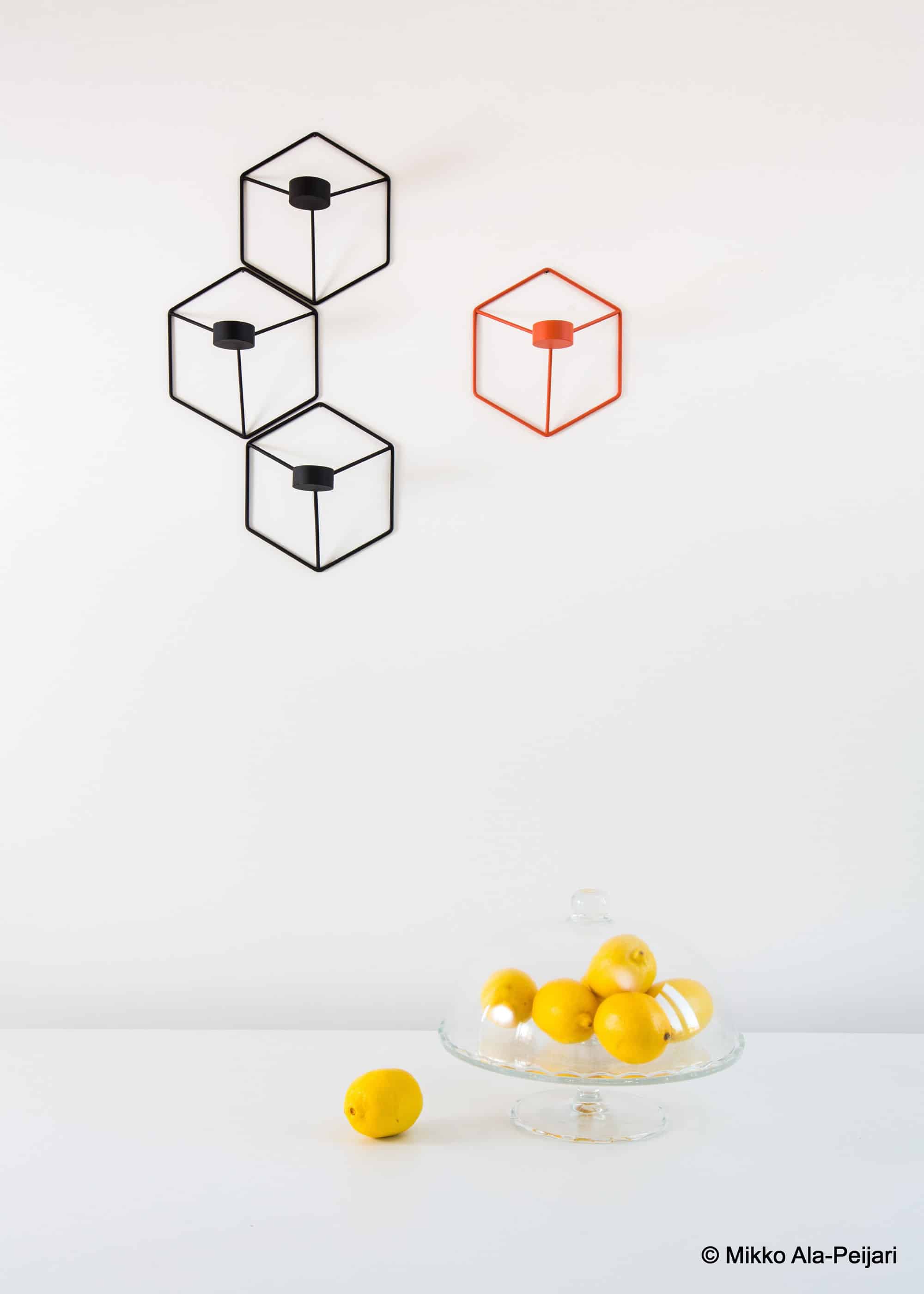 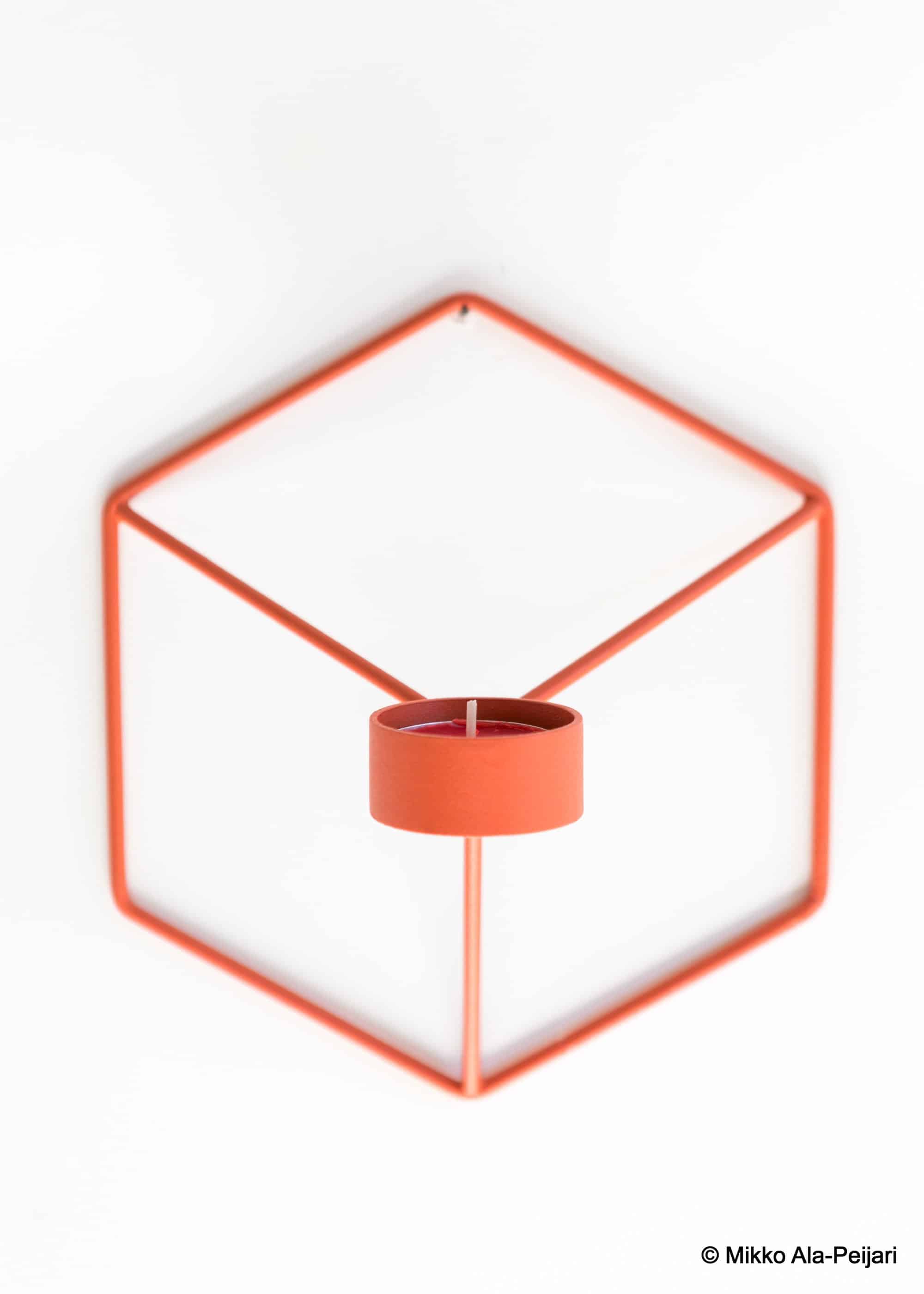 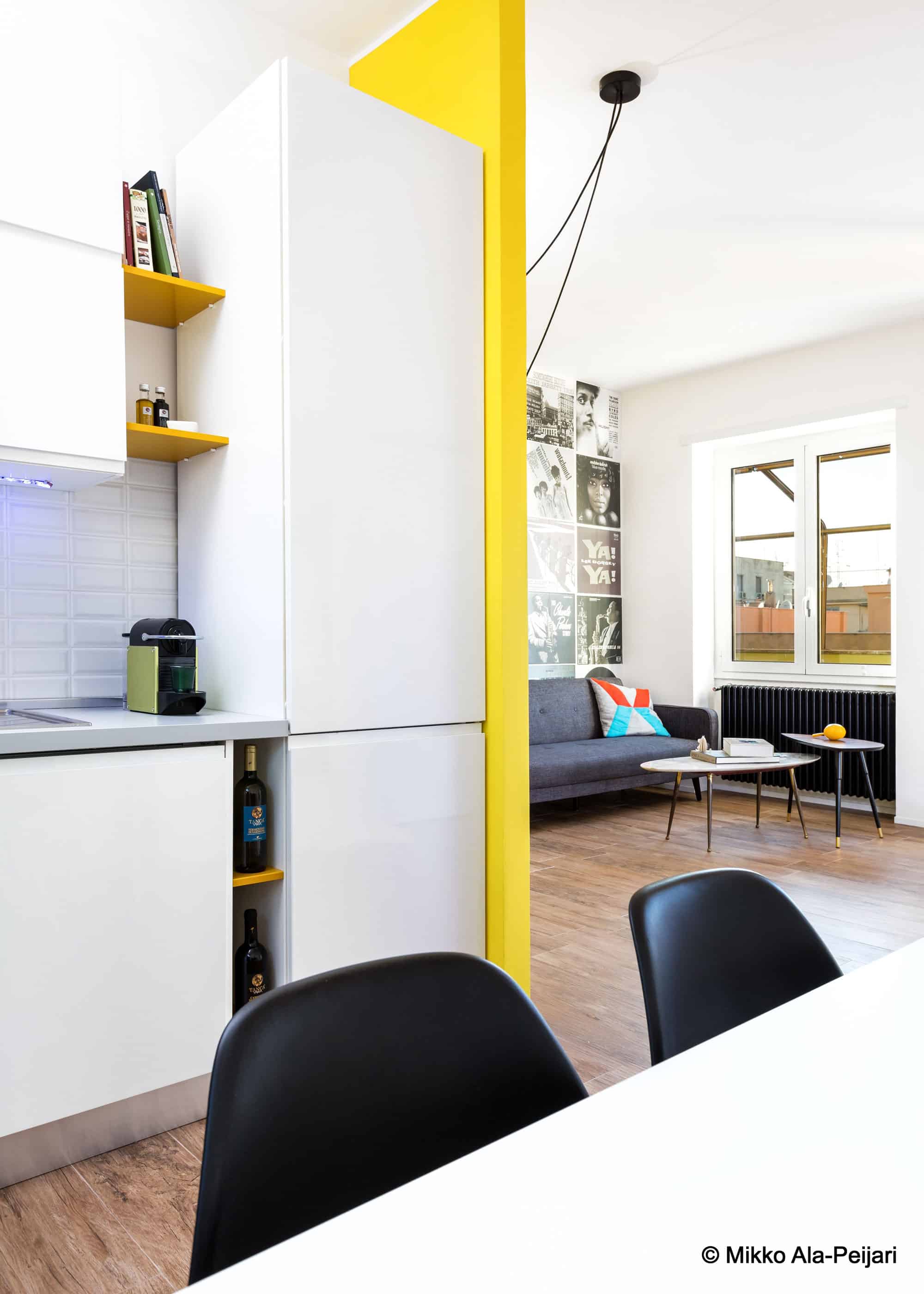 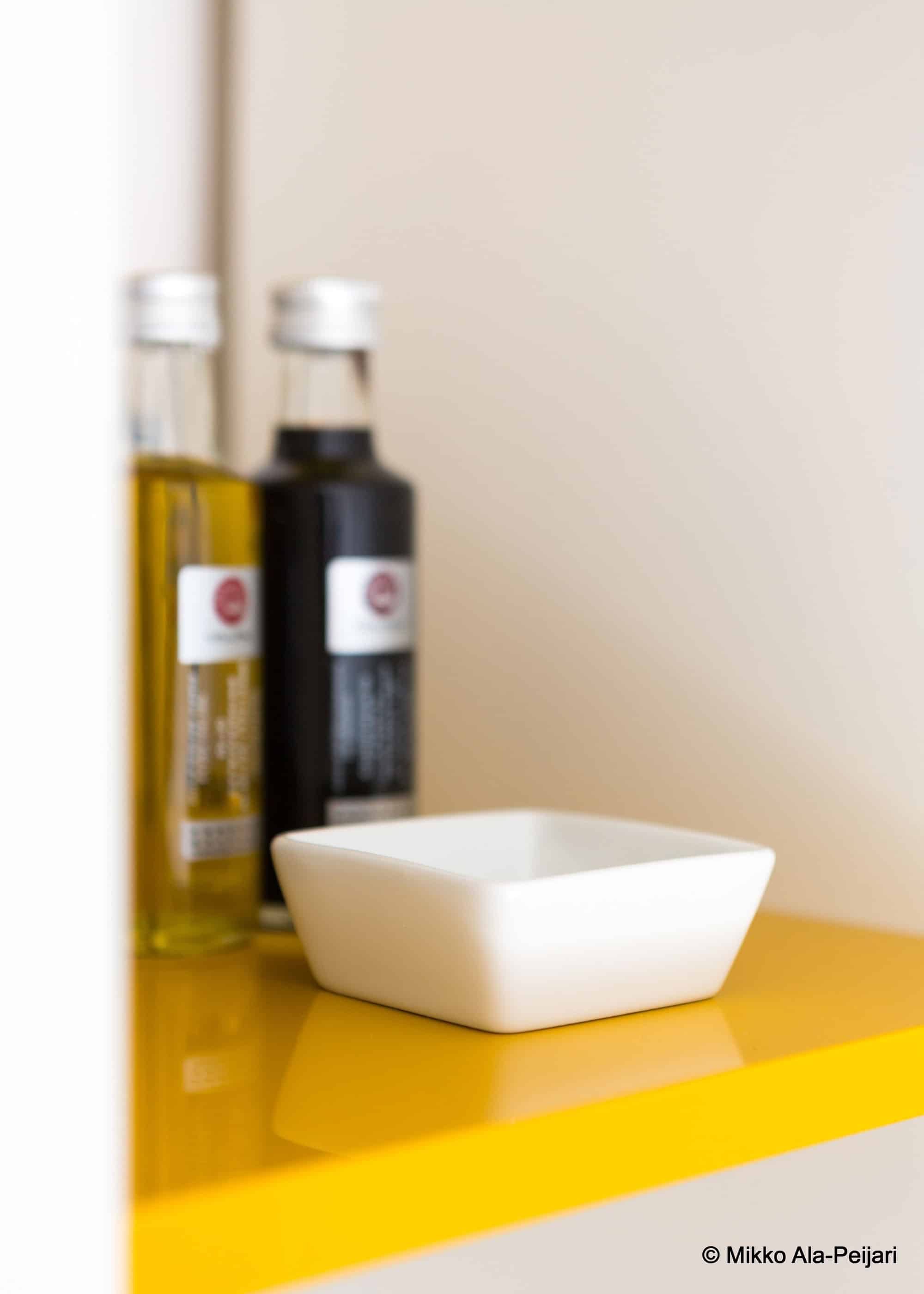 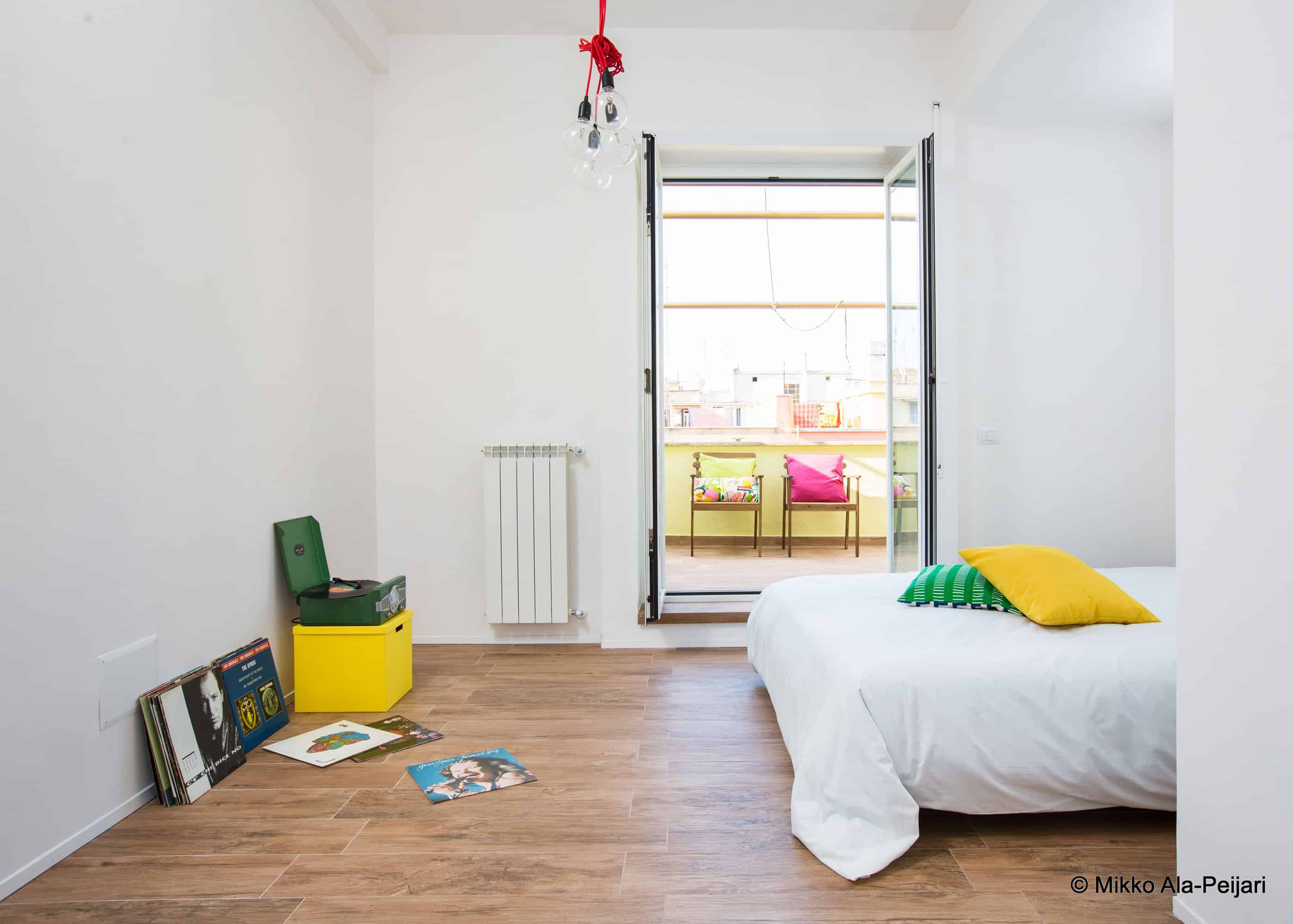 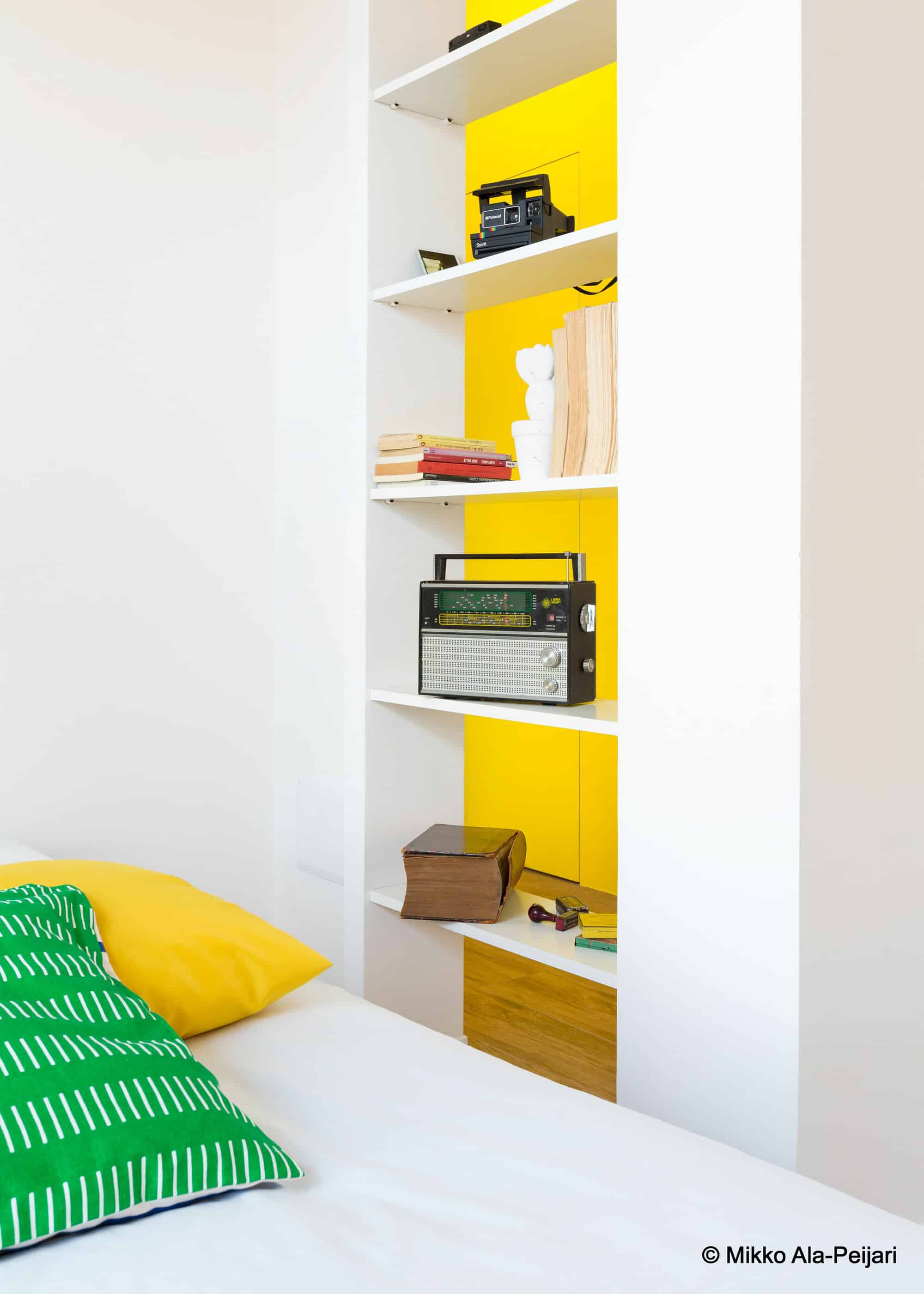 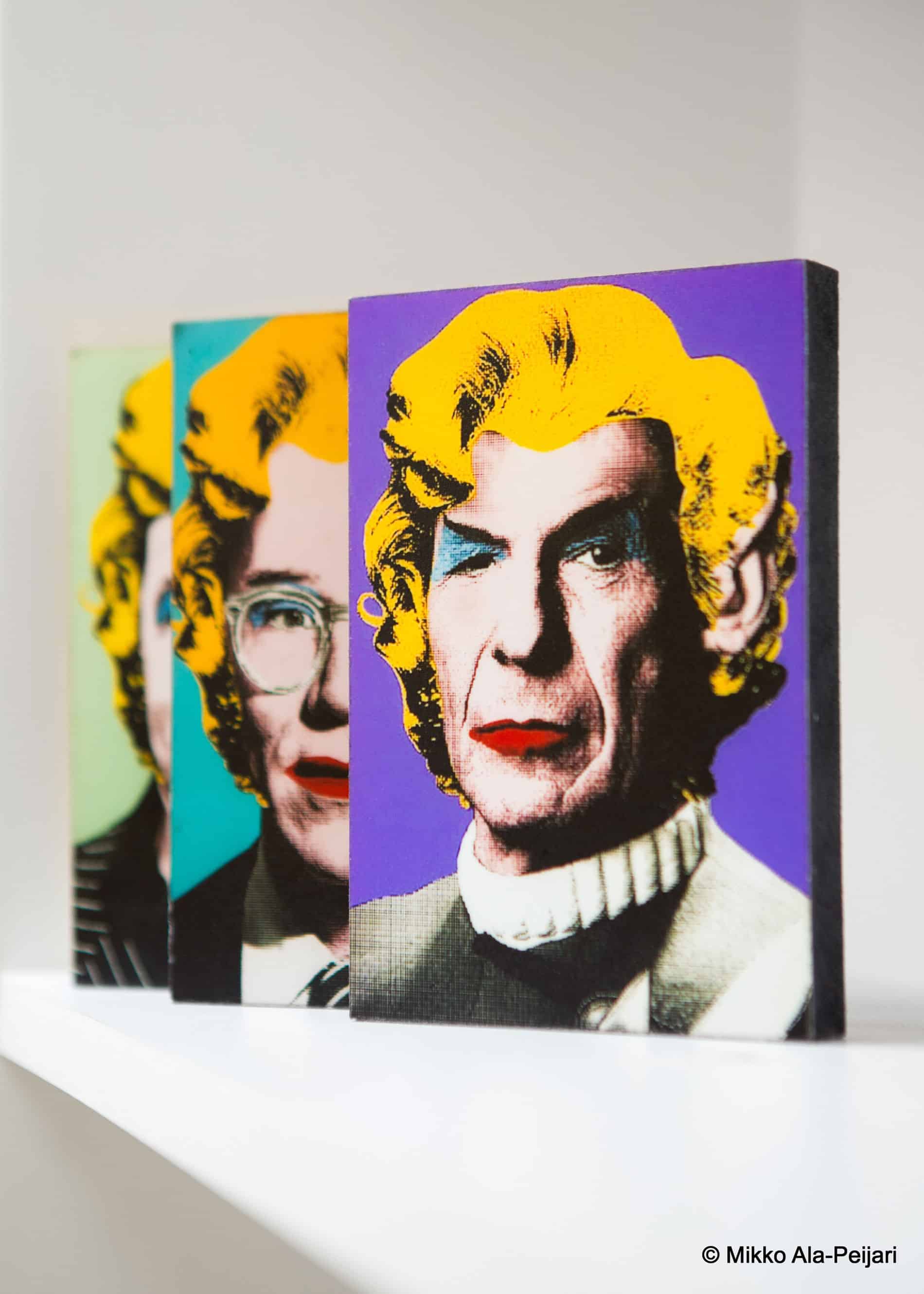 Casa di Rosario is a residential project completed by Maurizio Giovannoni in 2014.

The home, with its bright and stylish interior, is located in Rome, Italy.

“This colourful project is in the heart of Rome and has a title of ”True Soul of a Lawyer”. Its owner is a single man, a busy lawyer Rosario, who goes to the meetings in a tie and a suit and wants to have at home a relaxing contrast to his formal profession, a place to pass time with amici, to have feste where people can be themselves without their work roles.

The project reflects the philosophy of ”hometelling” where all the details of the apartment are connected to the story of which the home is the result. The theme of the apartment is yellow – it recalls the sunny days of its owner’s childhood in Suditalia, Sorrento, which is the object of his nostalgia in hectic Rome.

The design of the home is unique – it has a strong artistic touch because of the gifts and contributions of various artists. On a wall of the livingroom there is a portable cactus, made of iron, a gift from a designer-architect Marco Ferranti. The magnificent bookshelf, made of iron and wood, extends from the floor until the roof and is a commissioned work from a Taiwanese group of architects (Ganna Studio). The styling of the apartment was assisted by the architect Rosa Topputo who can be seen in one of the photos.

The first impression of the room is the impressive wallpaper of Perswall, which represents the legends of jazz – people who had the courage to be themselves and create marvellous things from their inner feelings. The first view is always important, it is the view a visitor sees entering the apartment, It is like the opening chapter of a novel or the first acord of a musical piece – it gives the idea of the whole by one glance. The livingroom encourages people to play with their identities, to show even their hidden sides. It has a reminiscence of a film set because of the Flos lamps that resemble spotlights.

While the livingroom is impressive and powerful, the kitchen is purposedly more modest and minimalist – mostly white with some joyous yellow details. The composition of candleholders above the kitchen table is from the collection of Danish Menu’s Pov

The home is quite small but it is not a hindrance but a challenge for a designer. The apartment has a beautiful large terrace which looks over Rome – we are on the 7th floor – and the floor of the home and the terrazza was made of the same material to create the effect of one continuous space. The climate is Rome is good for the most part of the year – so the home is practically enlargened by other 25 m2 (269 ft2).

When the renovation started, the apartment was also full of inner walls, which where all removed to let the light flow. So a large open space was created. This idea was extended even into the bedroom, which is united with the livingroom by a courageous solution: one wall is opened by bookshelves.”