Redesigned Apartment by Miguel Marcelino in the Beautiful City of Lisbon, Portugal

Telheiras Apartment is a private residence located in Lisbon, the capital of Portugal, and remodeled and redesigned by Miguel Marcelino. The home covers a total ground area of 115 square meters and was completed in 2016.

The original home was constructed in the 1980s, and had the typical problems of the apartments of the age: low ceilings throughout the house, subdivided spaces, long and narrow kitchens, winding corridors, and pillars and beams that revealed an unresolved conflict between structure and architecture.

During the process of renovation, such subdividing barriers were taken down in order to expand the interior space and create an open plan for the apartment. This gives the new home an open visual field that makes movement a lot more fluid and widens all decorative possibilities. The pillars and beams that had been previously covered by walls have now been exposed, allowing them to give — as they have been paired with the use of wooden surfaces and other elements — a modern and almost industrial touch to the space. This is, after all, a modern city.

The bedrooms remain private in character, and the bathrooms were also rearranged so as to create more space in order to make their use much more comfortable.
View in gallery 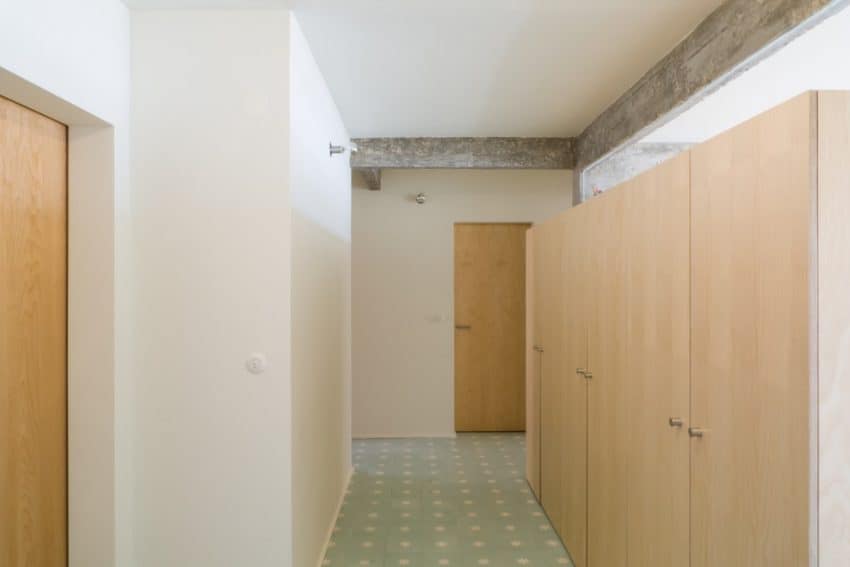 A Luminous and Spacious Apartment in Lisbon, Portugal

Apartment with Spectacular Views Over the City of Seville in Spain

Modern Apartment in Portugal With Wonderful Views Over The City

Aurora Arquitectos Carry Out an Intervention in an Apartment in Lisbon, Portugal

Beach House with Beautiful Views of the Ocean

Small Apartment Designed by Tchenguelieva Staynov Architects in the City of Sofia, Bulgaria

Apartment Remodeled to fit the Needs of a Family of Three in the City of Gdynia, Poland”

Wonderful Remodeling Turns this Apartment into a Futuristic Space

Modern Construction in the City of Mendoza, Argentina