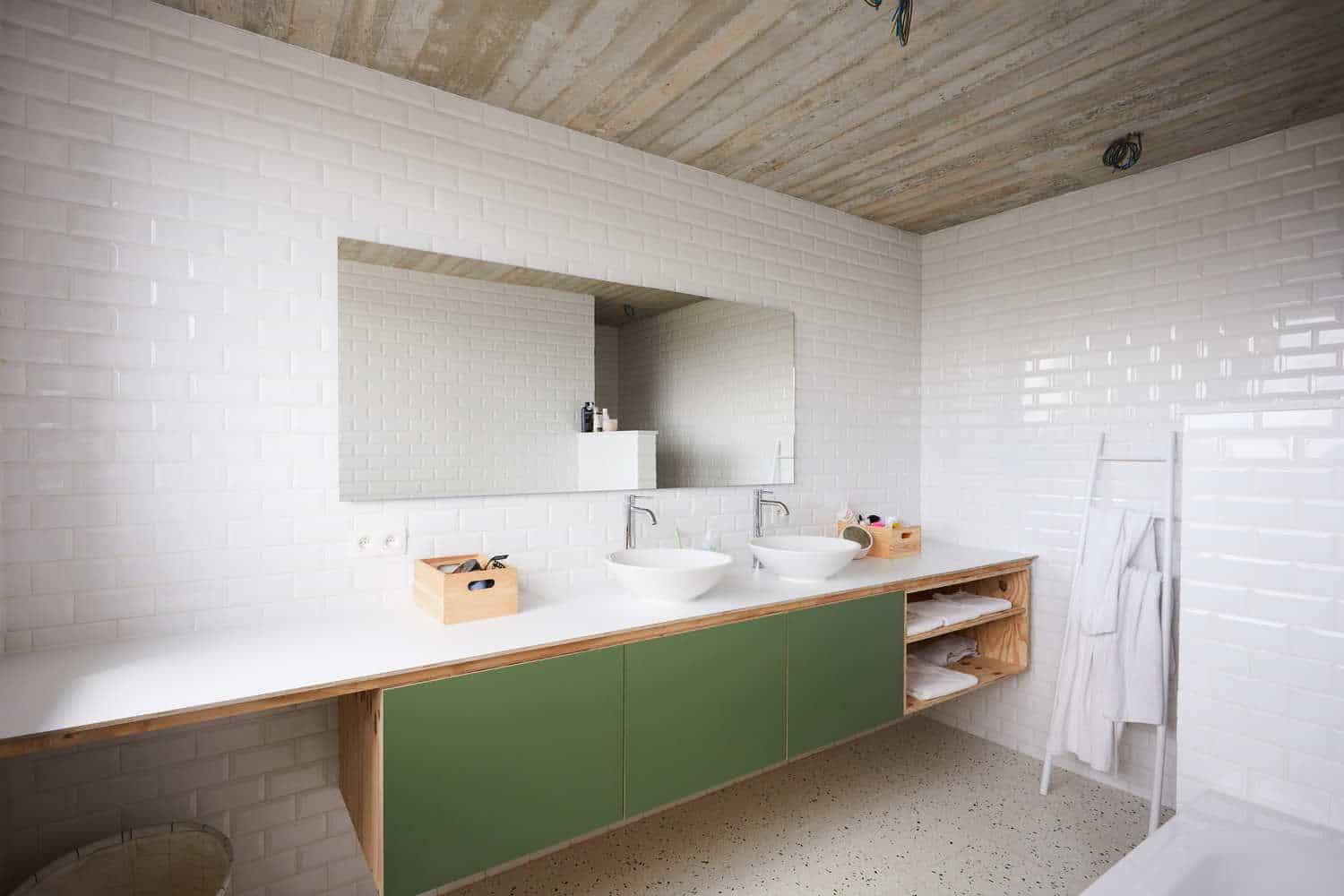 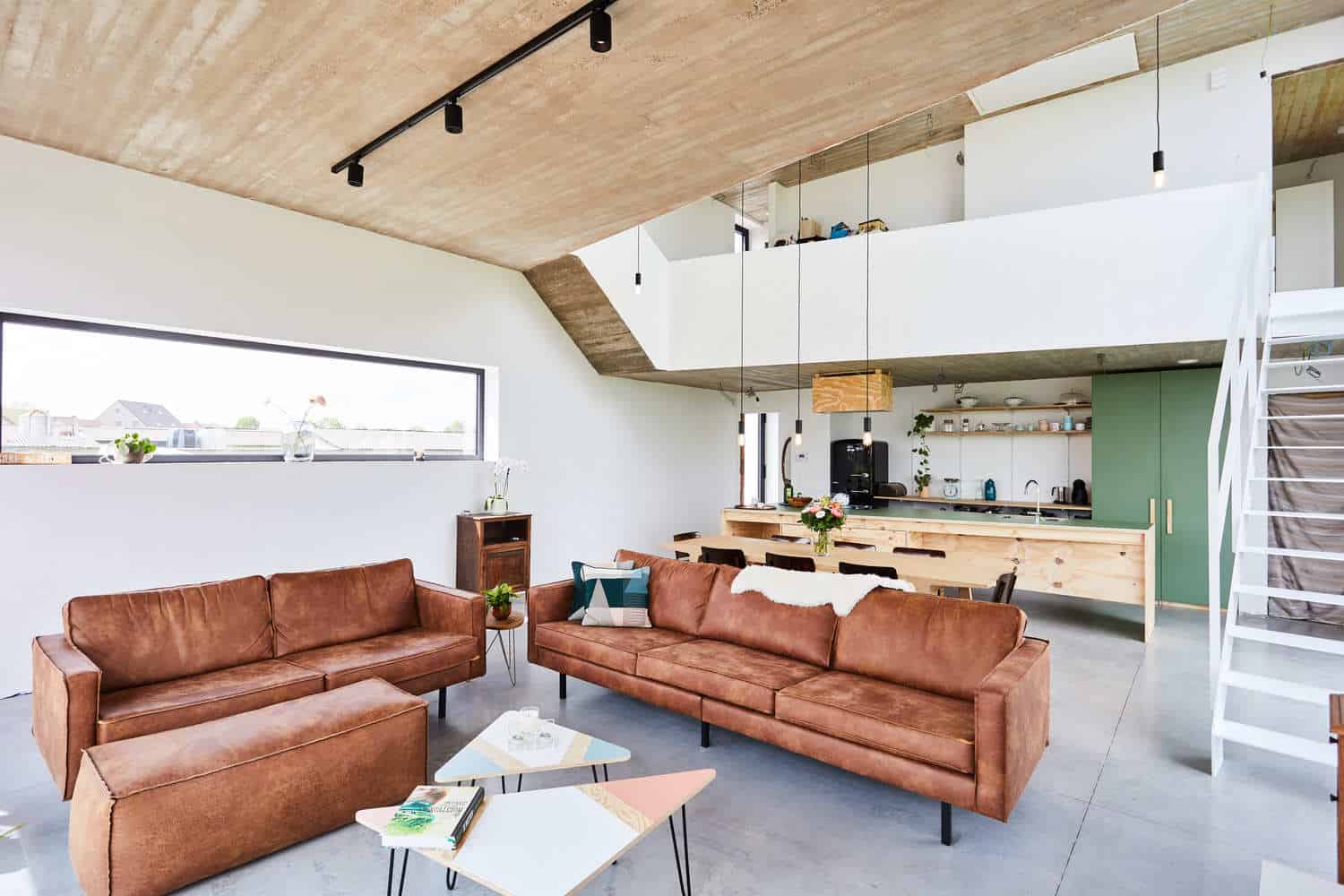 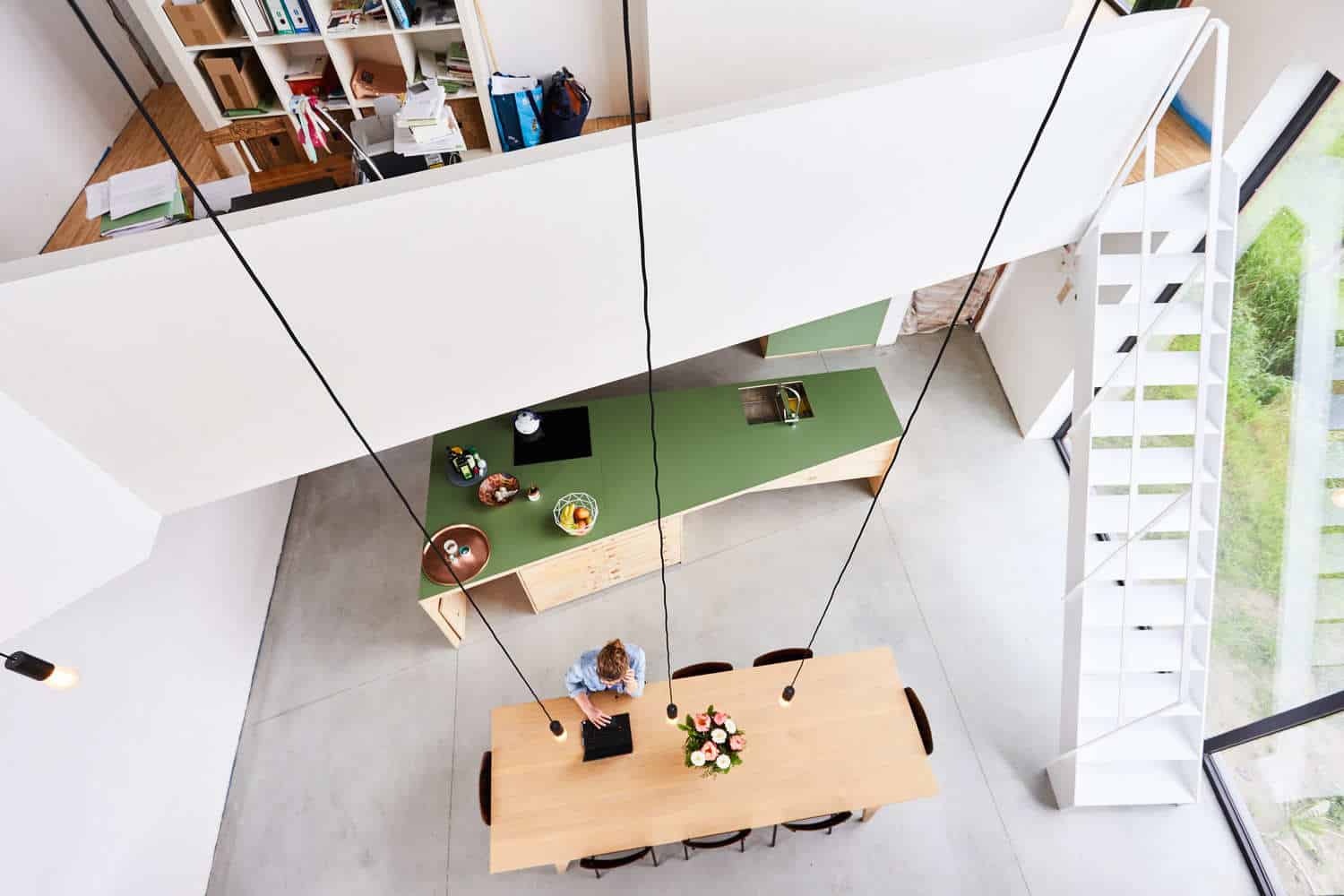 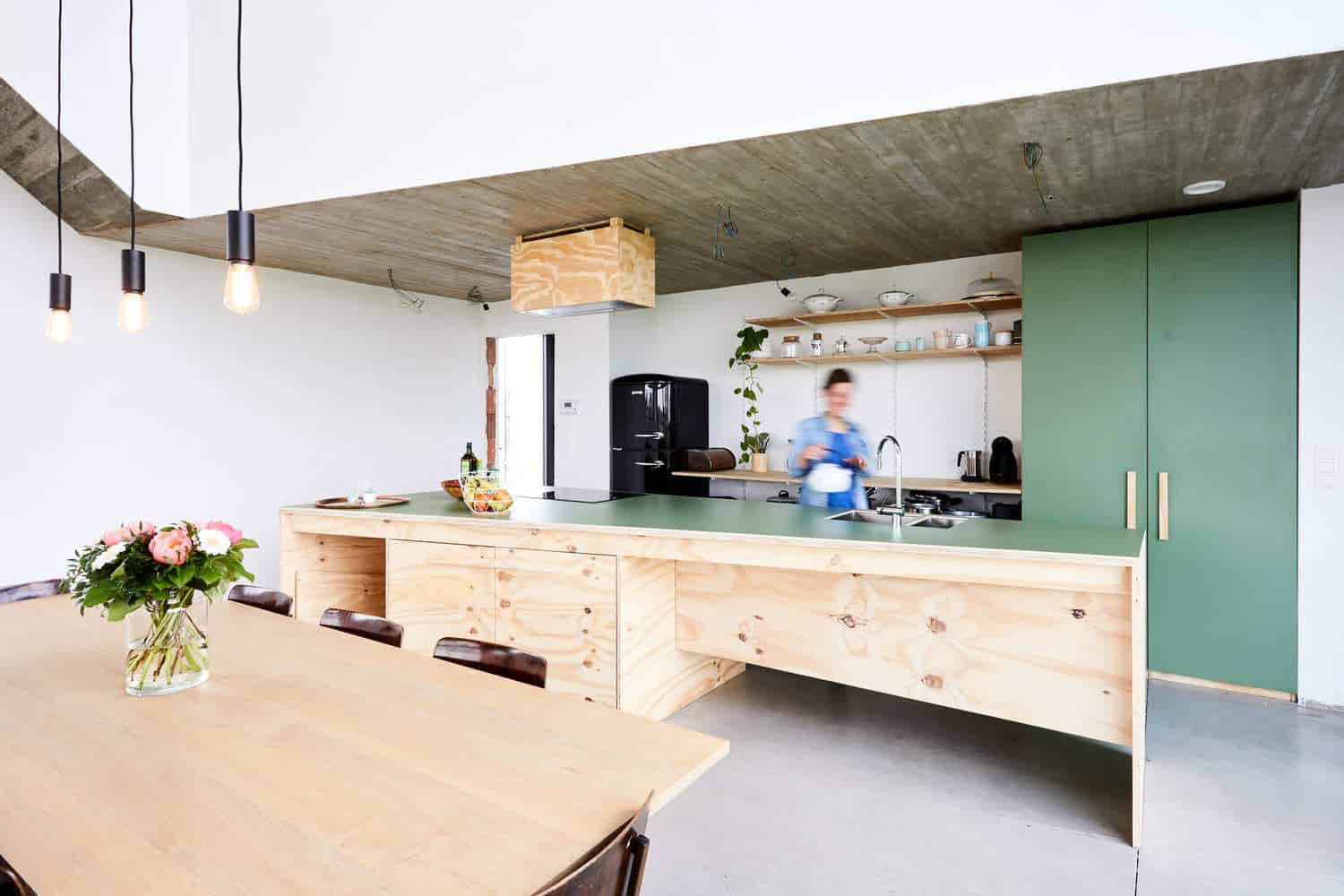 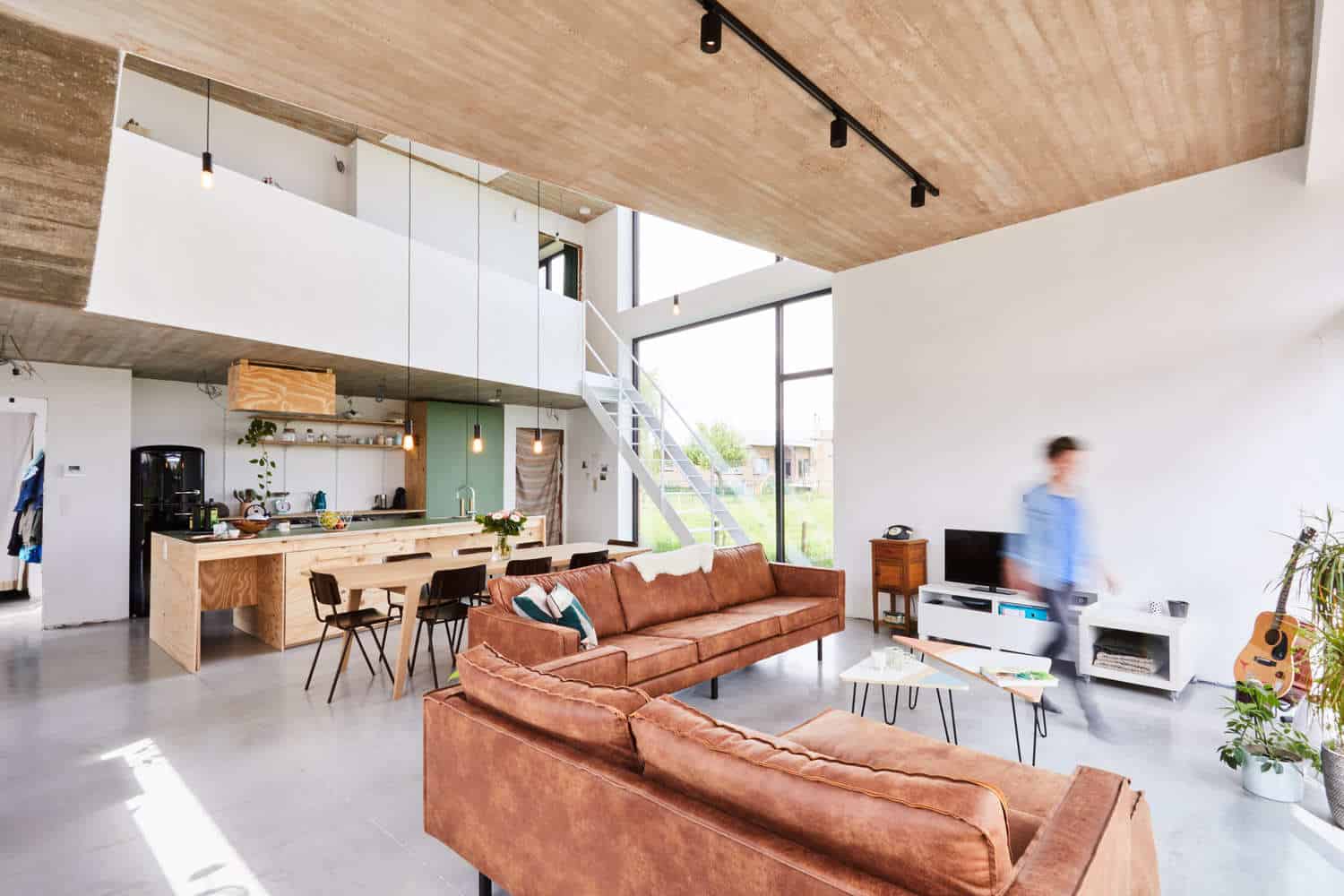 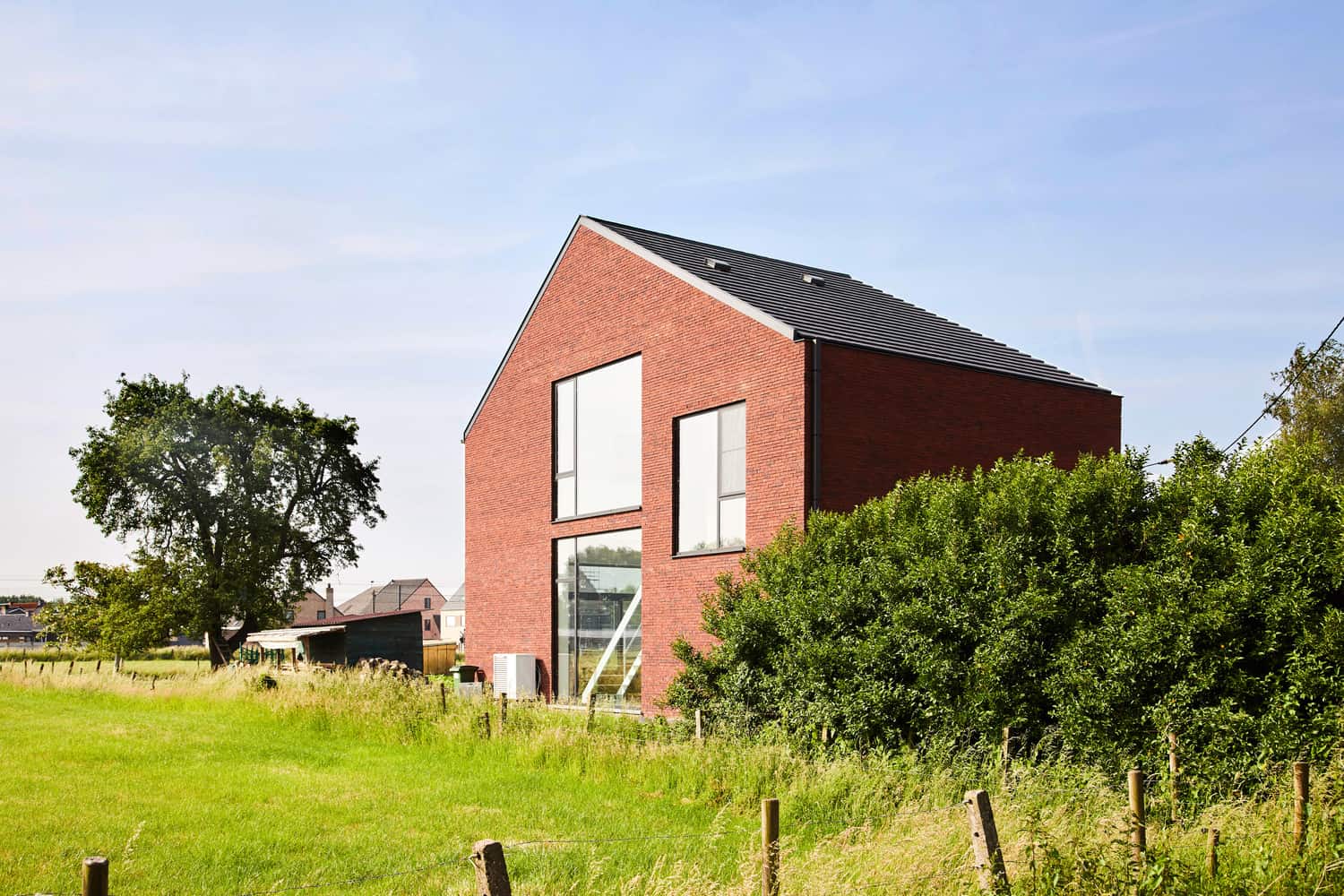 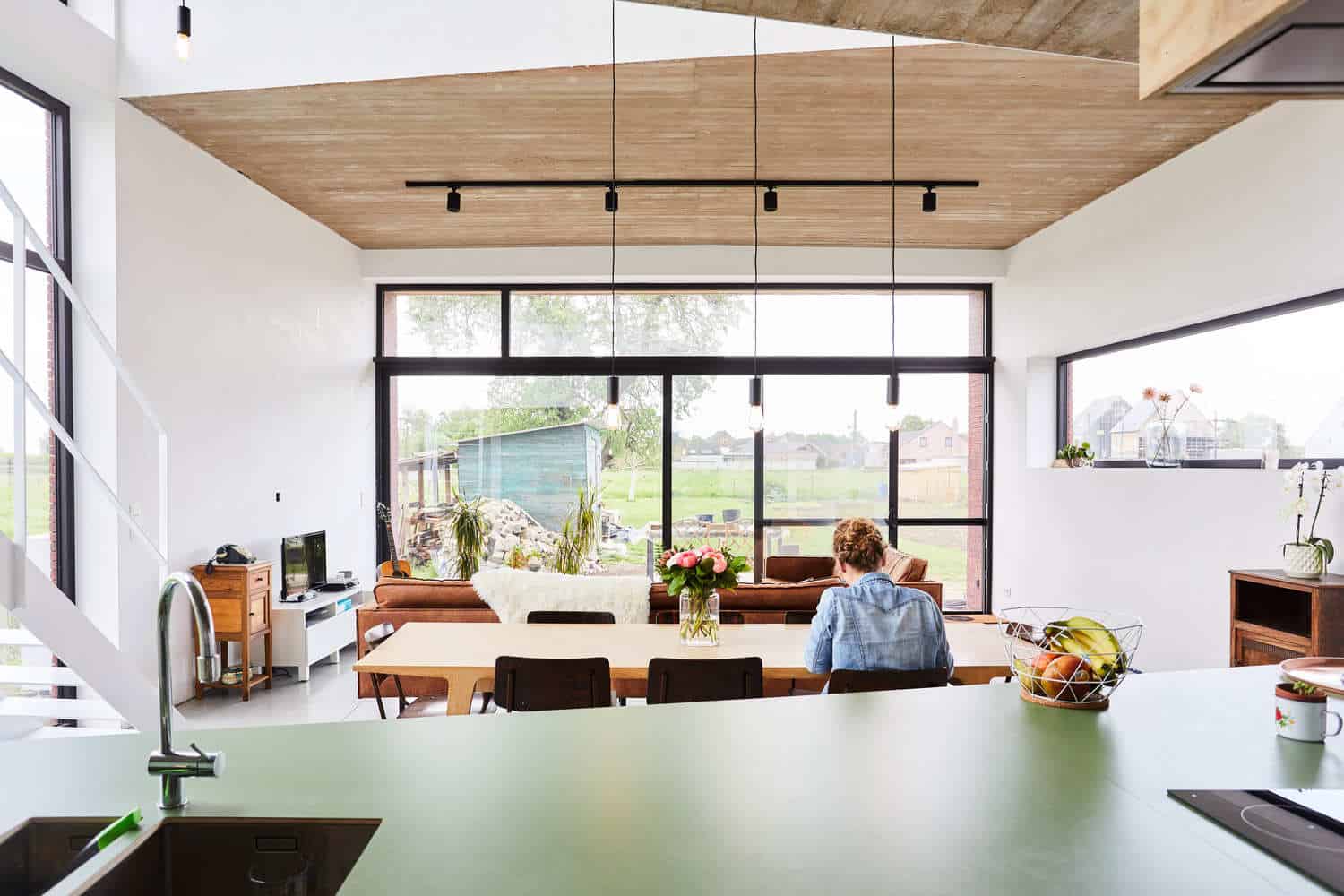 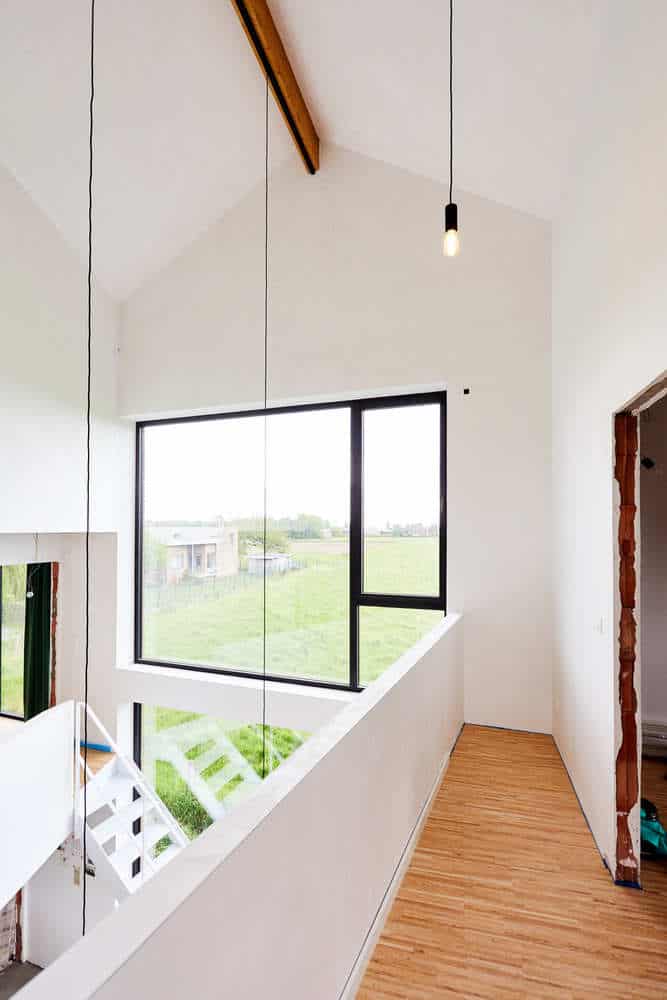 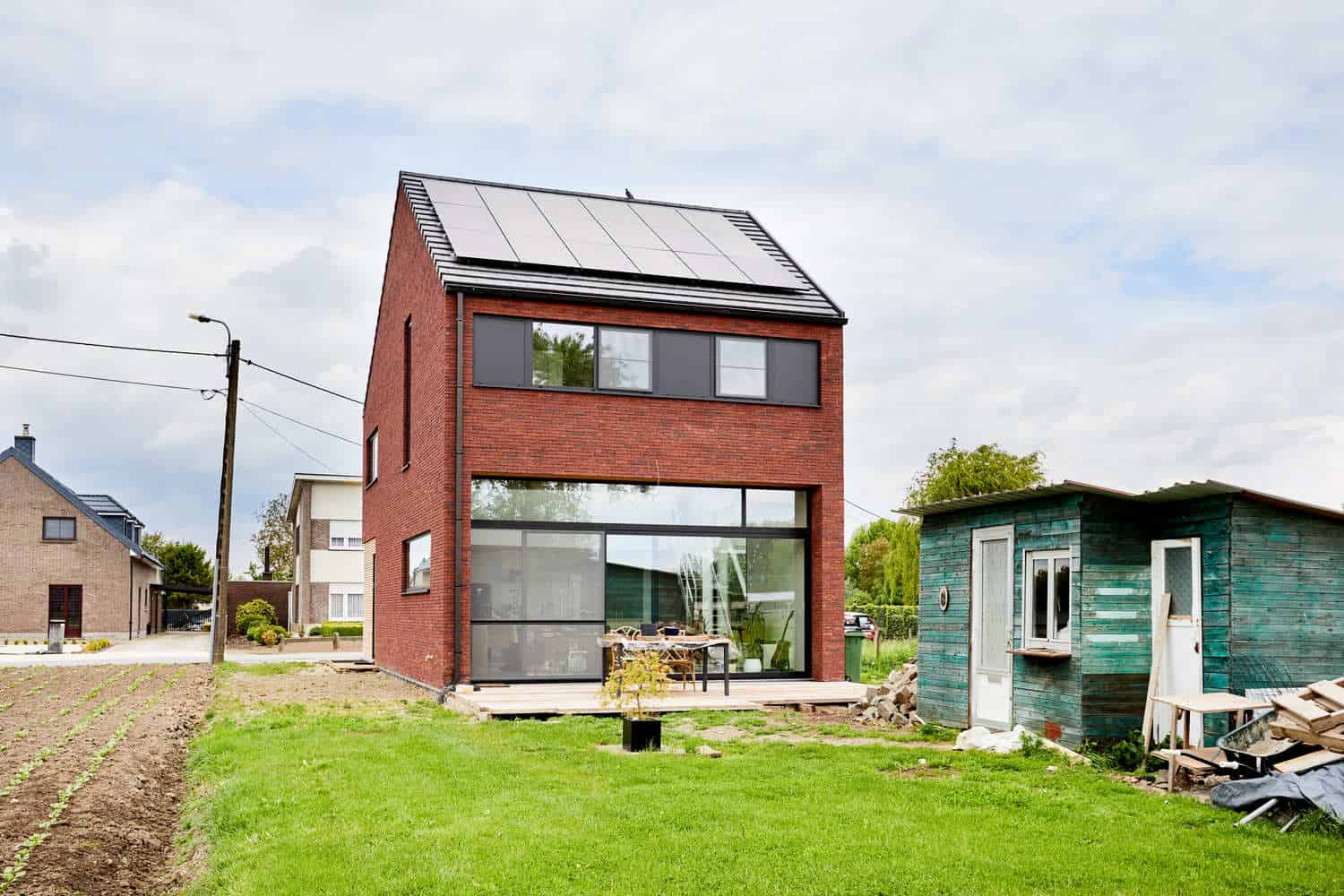 On a quiet, rural street in Belgium, STAARC ingenieurs en architecten has completed a unique housing project that was designed to give a young family lots of space despite their limited land plot by using open concepts and working vertically!

Besides concentrating on providing the owners and their kids with open but cozy spaces, designers also aimed to build them a house that is affordable up front thanks to materiality, but also affordable down the road thanks to energy efficiency. Careful plans were laid and that precise goal was achieved, much to everyone’s delight!

Because the area of land that was most suitable to build the house on within the family’s plot was quite small, it was paramount that designers work carefully with the space they did have to make something quite space efficient and compact. To make this happen, they created a dynamic structure that feels spacious thanks to its open concept but that also takes up a small square footage thanks to the way it grows vertically rather than sprawling wide.

This open concept layout does more than just help the space seem a little bigger and free flowing! Lack of solid barriers between rooms and spaces means that airflow is simpler, which in turn means that the entire house is easier and more affordable to heat in the winter and cool in the summer. Besides that, it means all rooms have lovely views out the windows, which can be seen from basically anywhere in the house!

The primary technique for making the house feel open and breathable was to build all of the private rooms around a central open space that extends from the ground floor all the way upwards to the very top ceiling above the second floor. Close rooms like washrooms and bedrooms are arranged around the outside of this open space like a border, so no privacy is lost despite the fact that so much open social and bonding space exists.

To achieve this wide open structure in the centre but still build a vertically extending house, split levels were employed! This breaks down traditional boundaries between different rooms and floors and lets sunlight and sound use space that might otherwise be unnecessarily filled or wasted. The act of climbing the ladder-like stairs and walking the ramp from one split level of the upstairs space to the other, passing the empty area in between, feels almost like you’re in a treehouse!

Within this very open house, there’s actually quite a careful system of insulation in place to make sure it’s not actually left open to the elements of the seasonal weather. A great deal of attention was paid to air sealing and air tightness, particularly where things like the sprawling windows we just described were installed. An air-to-water heat pump also provides floor heating, while solar panels on the roof put the cherry on top of the energy efficient cake.

You’ll notice an emphasis on natural materials the moment you walk through the door; this comes partially in the form of light wooden details and is partially created by the concrete floors that give things an ever so slight industrial feel without sacrificing a homey atmosphere.

Outside, a red brick exterior provides character similar to that of a farmhouse of one of the traditional cottages of the area, but with a heightened, modern twist. Red isn’t the only colour pop the house is afforded; bright green tiles, fittings, and details can be found throughout the home in all different rooms, from the ground floor to the upper bathroom. This creates a consistent theme and ties the different rooms together in a way that feels cohesive.