Originally offered at $34.5 million, this penthouse situated in Lincoln Center, New York City, is now available for a mere $29.5 million.

The 5,860 square foot apartment is made up of three separate units combined, on the top floor of the premier Millennium Tower.

Technology mogul Gideon I. Gartner purchased the first two units in 2005 for $7.9 million and added the third a year later for $1.3 million.

With five bedrooms, eight bathrooms, two kitchens, an office, a library, a 1,400 sq ft living room and breathtaking views of Central Park, the East River, Hudson River and all the major bridges, you might say this apartment has it all.

Check out this $28 million five story penthouse in Tribeca, you’ll get more for less! 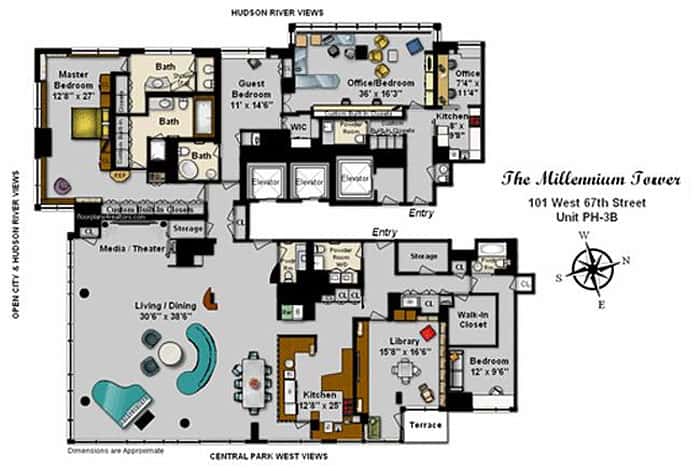 What kind of Penthouse Does $95 Million Buy in New York City?

A Penthouse Duplex on Gramercy Park

A Penthouse For Sale in Tribeca

The Penthouse by ODA Architecture