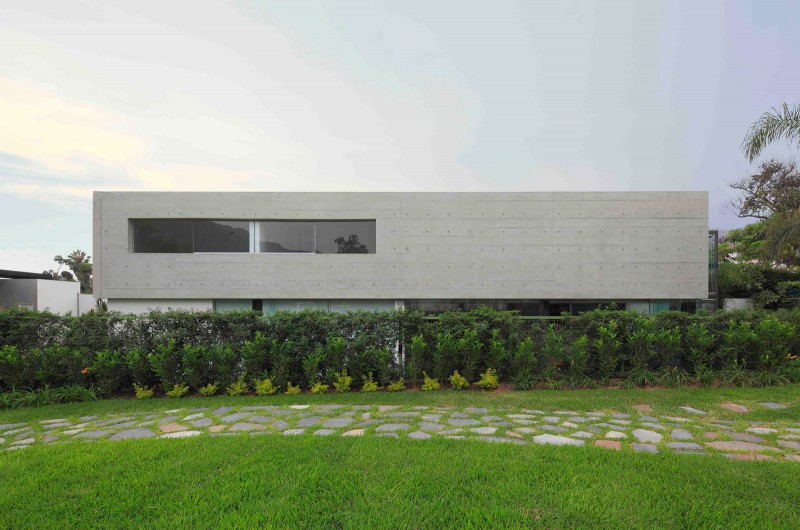 The program focuses on two programmatic slots, which in turn generate three components that show the spaces and the construction system:

A service volume of a floor.

A map surround concrete evidence, seen as the separation between these two areas, creating both the enclosure and the openings.

The plane is a concrete structure, which is modulated to different circumstances of the facade. The internal movement allows two independent circuits, by way of a promenade, entering through the garage (owner) or on the terrace (visit).”