Completed in 2008, this contemporary home sits on the banks of river Loddon and was built on stilts to deal with seasonal flooding. 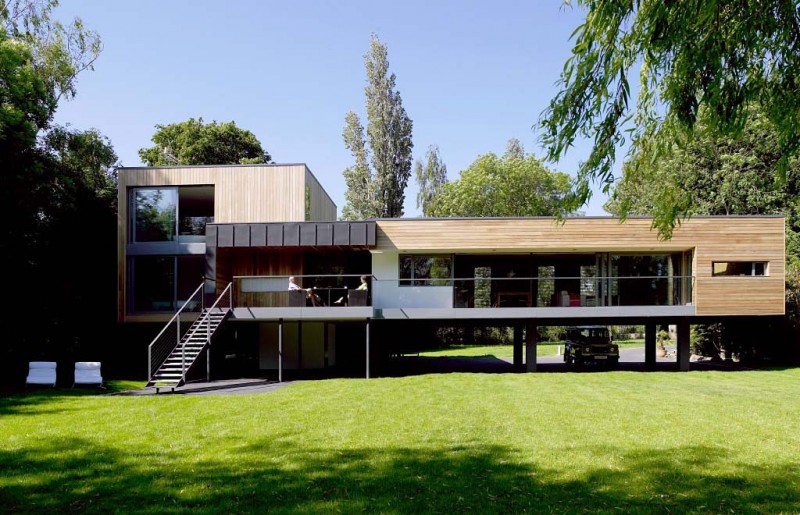 “This house sits on the banks of the river Loddon, near Wargrave. We based our concept on three elements; living, guest and bedroom spaces, to create ‘wings’ that adopt a pinwheel form, raised up on columns to deal with flooding from the river. A dark, zinc-clad wing is pushed forward to receive an entrance staircase that slices up into an open timber lined hood, with a glazed room to the side containing a guest suite and gym. The stair arrives onto a balcony and entrance – a central hall space – this is the day room, dedicated to outdoor living that leads out onto a large deck. Following the zig-zag of the pinwheel, a staircase then leads down to a garden deck, with boardwalk that arrives at a landing stage on the river’s edge. The house is to be steel framed, with timber stud infill; cedar and zinc-clad, with aluminium framed windows and single-ply roofing. The house was completed in December 2008.”