Blue Ribbon is a private residence renovated by ScapeArchitecture and located in Athens, Greece.

The minimalist interior is mainly based off of four different colors: white, black, the rich brown of wood floors and walls, and the vivid blue of two columns that serve as visual anchors on two different sides of the apartment. 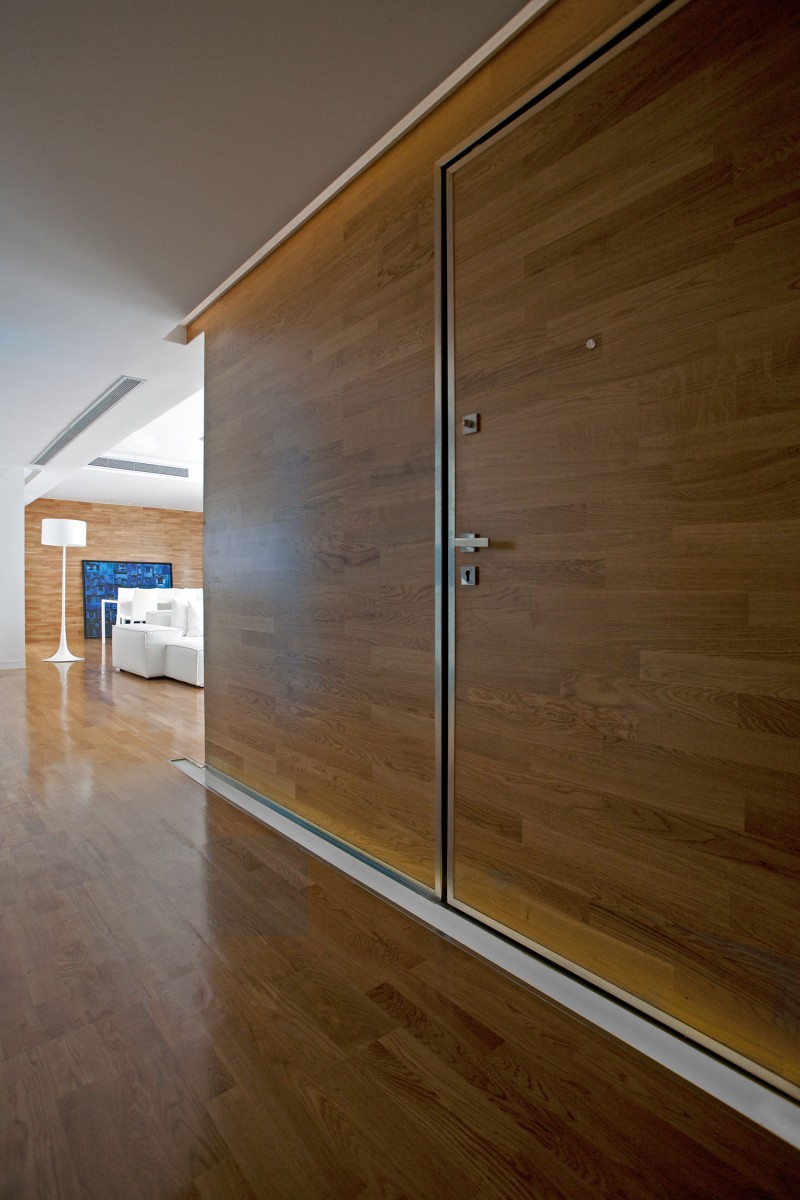 “Returning to live in Athens city centre, a young businessman decides to renovate completely a 6th floor terraced apartment in a building dated back in the ‘60s. Light and spaciousness re-enter the rooms through integrated spaces, larger openings and clear, geometric forms.

The 185m² (1991 ft²) apartment is a penthouse in a typical apartment building with views stretching to the Acropolis and the sea. Having two opposite facades and many light shafts, the apartment should have ample cross ventilation and sunlight, if the previous fragmented plan were not suffocating the inhabitants in small rooms and narrow passages blocking the light and air.

Scapearchitecture’s principal intention in redesigning the apartment was to introduce contemporary architectural qualities, such as openness in plan, structural transparency and fluid configuration of the interior.

The apartment’s spatial arrangement unfolds around its living room. The kitchen and dining are totally integrated in the open plan layout, marking the intention of merging different functions under a unified scheme. A distinctive dropped-ceiling panel, with linear grooves integrating lighting fixtures and speakers folds downwards to form the media wall. Wood-paneled walls define the limits, while space is flowing seamlessly in the overall layout, the same concept applied to the master bedroom and guest bedroom areas with their en-suite bathrooms. The structural columns, placed in random locations relating to the new layout of the apartment, they are clad with backlit glass panels. This way they were turned into semi-transparent, floor-to-ceiling, light blue color elements that finally named the project as Blue Ribbon, implying its quality as an architectural artifact.”

A Chic Apartment on Prince Street