The white of its walls contrasts harmoniously with the green of the surrounding vegetation, creating an effect that is very pleasant to the eye. 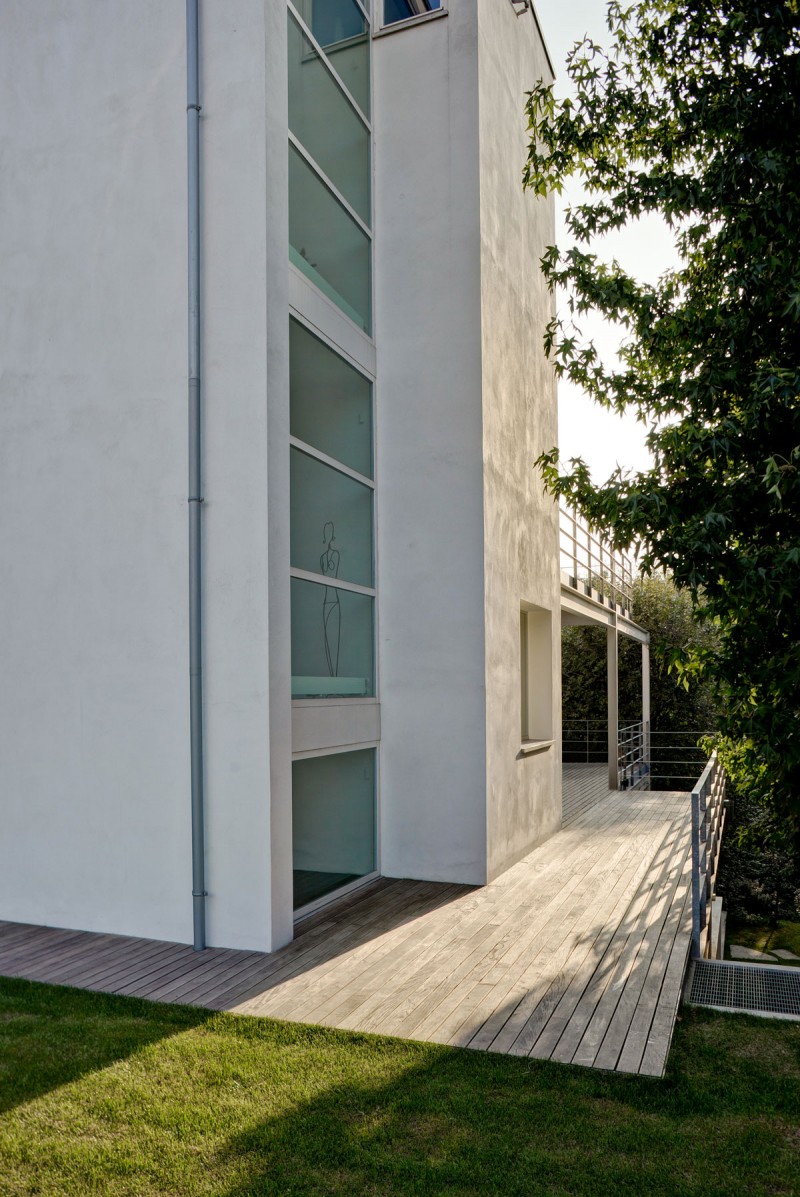 “This project is the result of a complete redevelopment, which extended the existing house, designed by Delrosso’s father in the 1970s.

The complexity of the work was bound up with the small size of the lot, which is particularly steep: a constraint and at the same time an interesting challenge, to which the architect found an answer with the creation of new volumes on both the vertical and horizontal axes.

In addition to the reduced availability of the living spaces, the house was paradoxically devoid of outdoor relational areas, though immersed in greenery. An articulated metal structure was therefore created to the west, which made it possible to lay out large terraces as extensions to the living and sleeping quarters, so offering the occupants new views and a relation with the setting.

The project’s verticality was enhanced with the introduction of a new volume to the south developed over three floors. The top floor is characterized by the absence of the final roof, and the installation of a large solarium, through which one has access to the swimming pool, faced externally in stone.

The new villa has developed a totally dissimilar aspect to the initial dwelling and above all has gained a new relation with nature, in which it is immersed, thanks to the large glass walls that illuminate and dilate the various interior spaces. To this is added the compositional design of the structure and the new balance between the parts, with allusions to the illustrious precedent of Richard Meier’s Smith House.”

Renovation of a Private Home by Federico Delrosso Architects

House in Dnepropetrovsk by Yakusha Design

What Kind of House Does $18.5 Million Buy in Phuket?