The Oaks by SOUP Architects Ltd

The Oaks is a private residence located in London, England.

Designed by SOUP Architects Ltd, it was originally built in 1610, turned into two separate residences in 1970s, and then renovated in 2012 to its present condition. 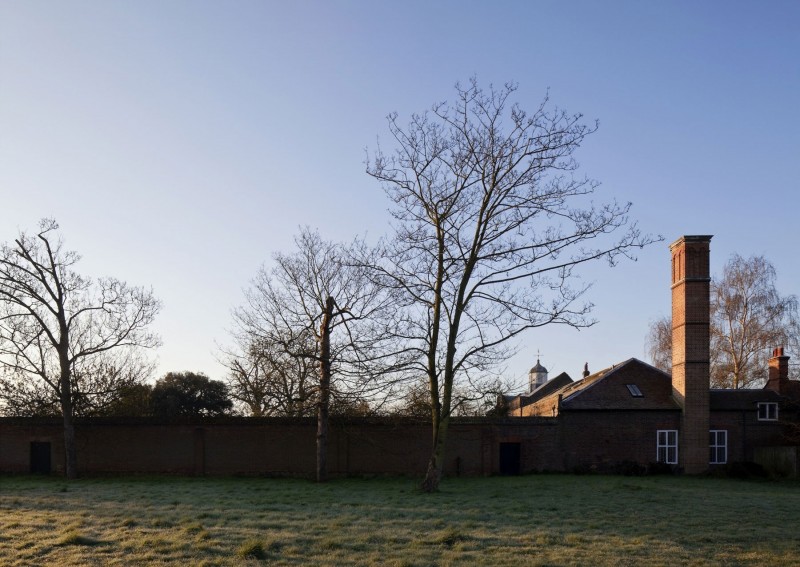 The Oaks by SOUP Architects Ltd:

“Built in 1610 as the stable block to Ham House, the Grade II listed building, which forms one wing of Ham House Stables, was converted into two residential units during the 1970s.

In the late 1990s Foster + Partners refurbished one unit and installed a modern steel and glass structure wrapped around the existing oak frame to create a split level house over three floors.

The project extends this refurbishment to provide additional living areas and a reconfigured bedroom arrangement that unifies the two units as one coherent house. The master bedroom has been brought down to the mezzanine level to create a private suite and the children’s bedrooms have been reconfigured on the upper roof level.

The refurbishment has retained the existing internal oak structure, restored the property’s landmark chimney attached to the southern elevation and re-instated many of the buildings lost features, including the original blacksmiths fire.

Internally a mezzanine level has been removed to create a double height living room focused around the new open fire.

A fully integrated heating, lighting, audio and visual system has been installed that allows complete control from any networked phone/computer in house or remotely from anywhere globally.”

A Refurbishment Project in London, England

One Comment to The Oaks by SOUP Architects Ltd