This conversion of St. Luke’s Chapel was undertaken by Morscher ArchItekten.

The chapel-now-home is located in Bern, Switzerland, and the conversion took place in 2014. 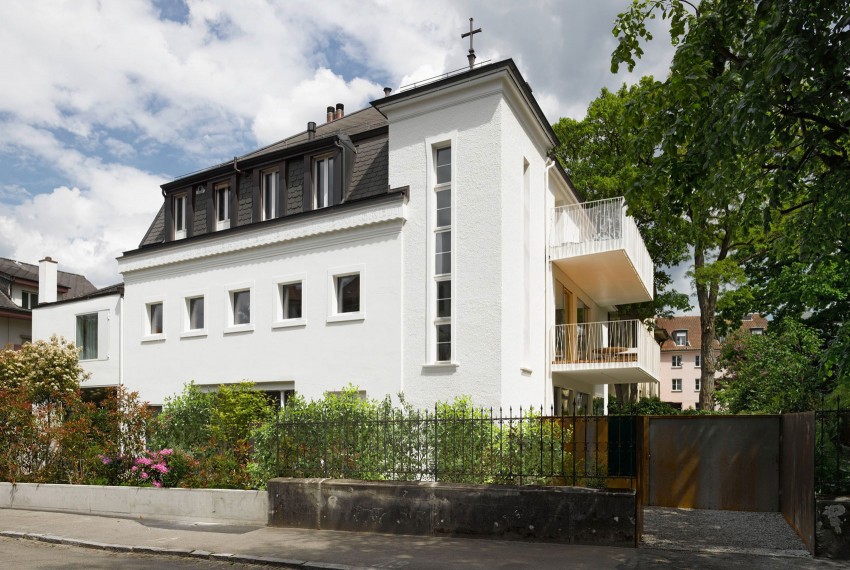 “The project involved converting a former chapel built in 1924 in Art Deco style in a Bern neighbourhood and totally defaced in a 1970s renovation into two new apartments. In order to keep the ground floor free of supports and retain the high church windows, the upper apartment was hung as a concrete cube in the former double-storey nave.

It was possible to open up the previously closed south façade with generous sliding windows and projecting balconies looking onto the neighbourhood and the garden.

Both flats were equipped with a simple Minergie® ventilation system that is perfectly integrated in the inter- face between living and sleeping areas, bringing in fresh air and drawing off stale air through wall vents.

Where a priest once stood at the altar and an organist played hymns, food is now cooked and children’s laughter can be heard.”

The Church Conversion by Gianna Camilotti

House B by Format Elf Architekten

The Very Essence of Soho