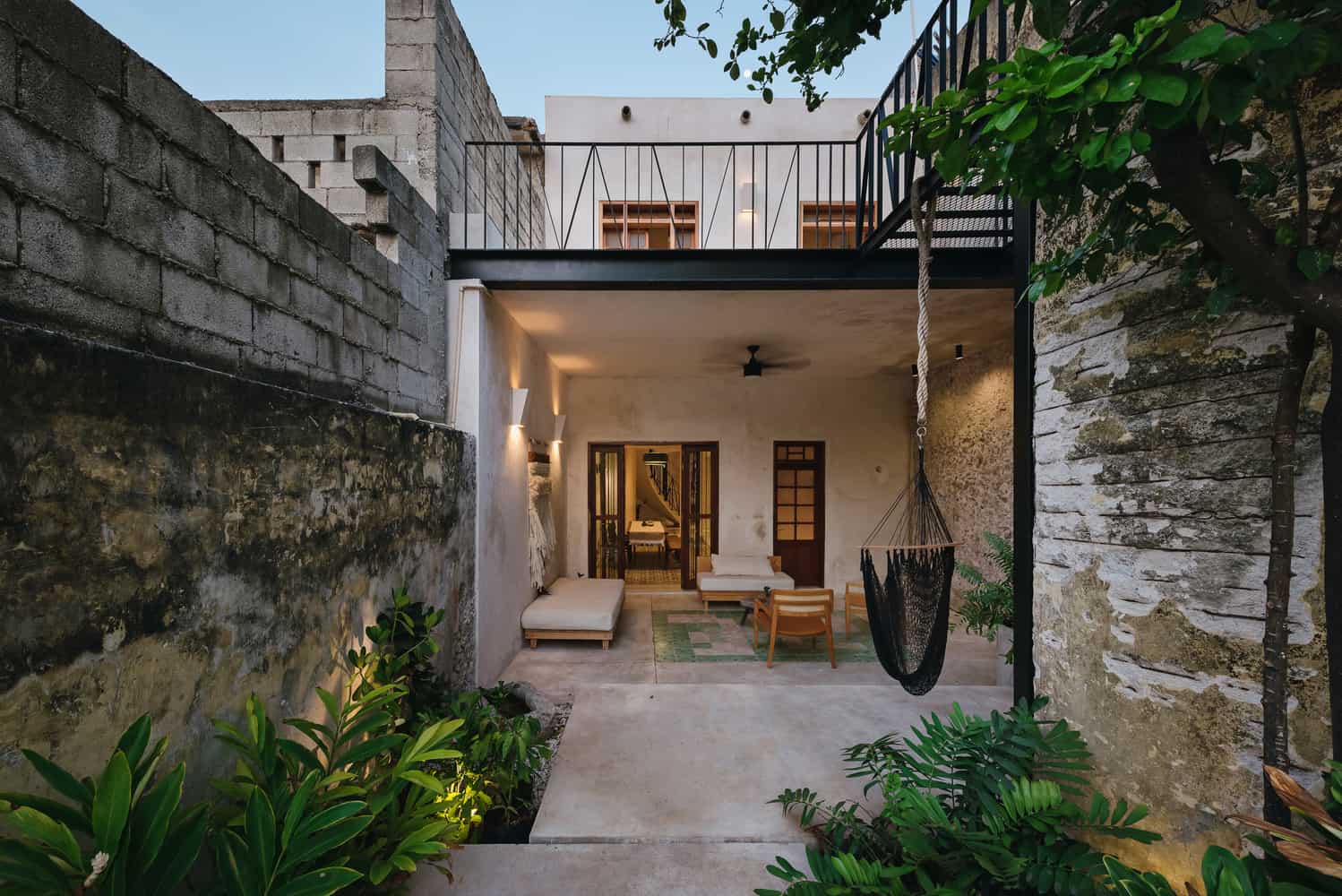 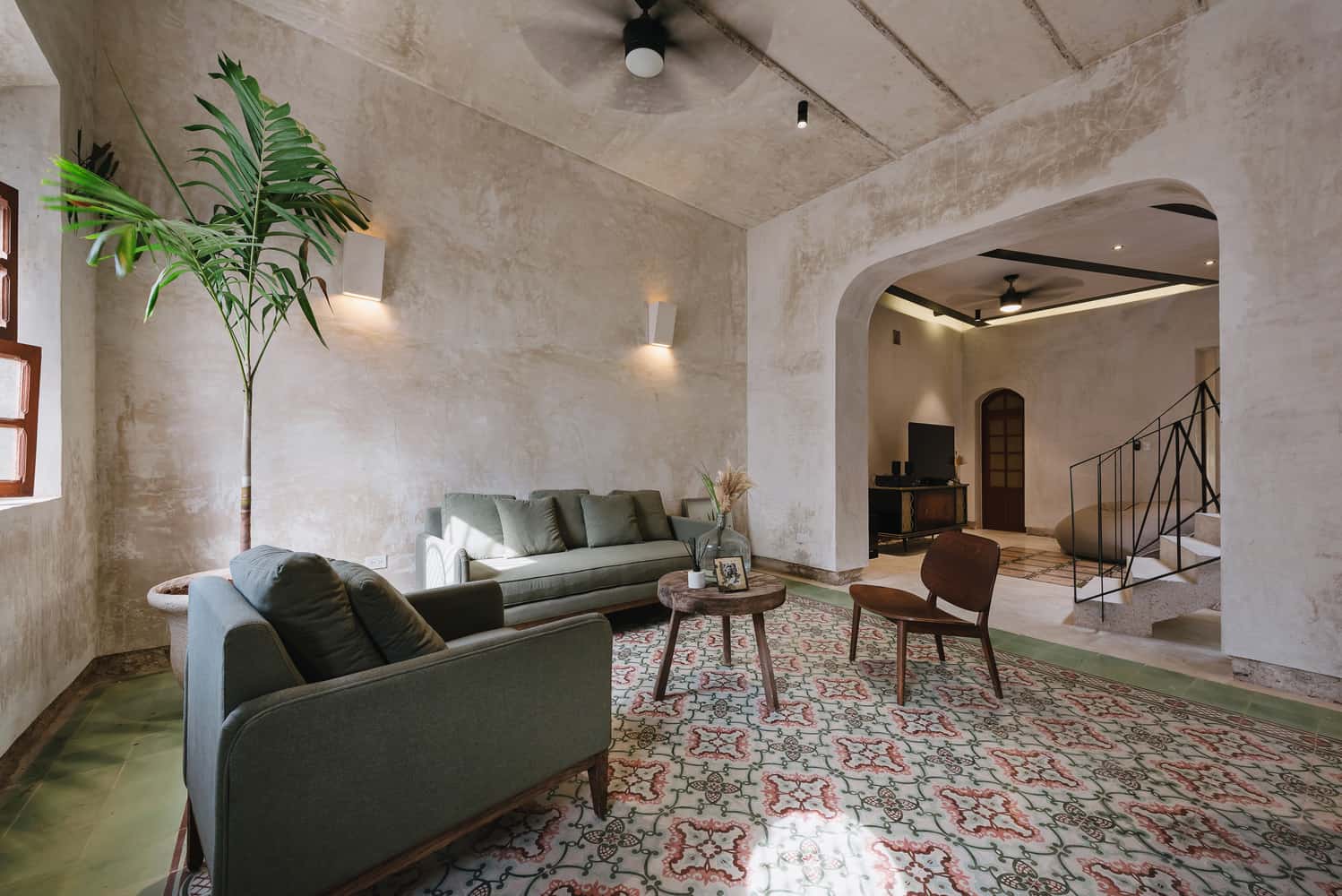 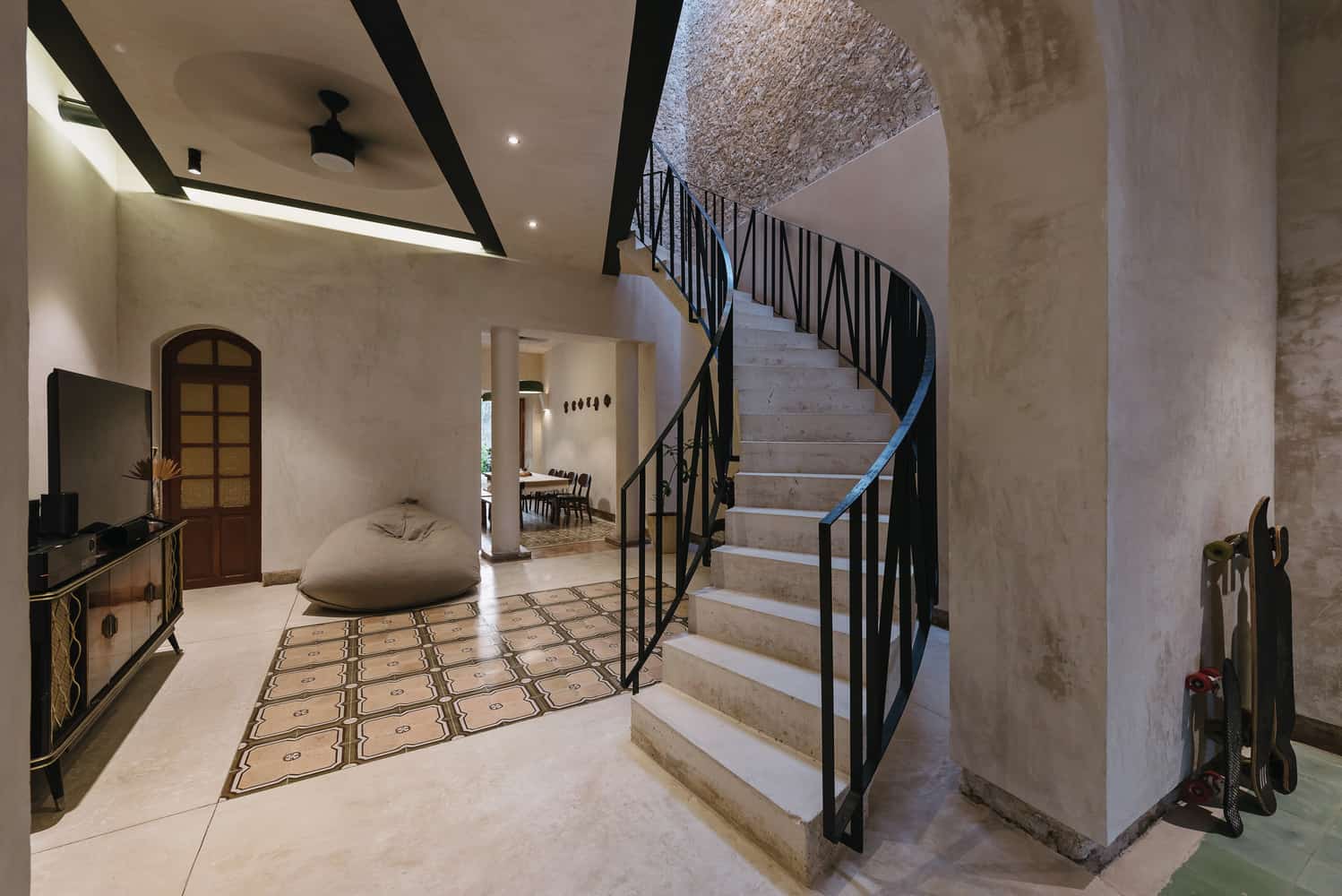 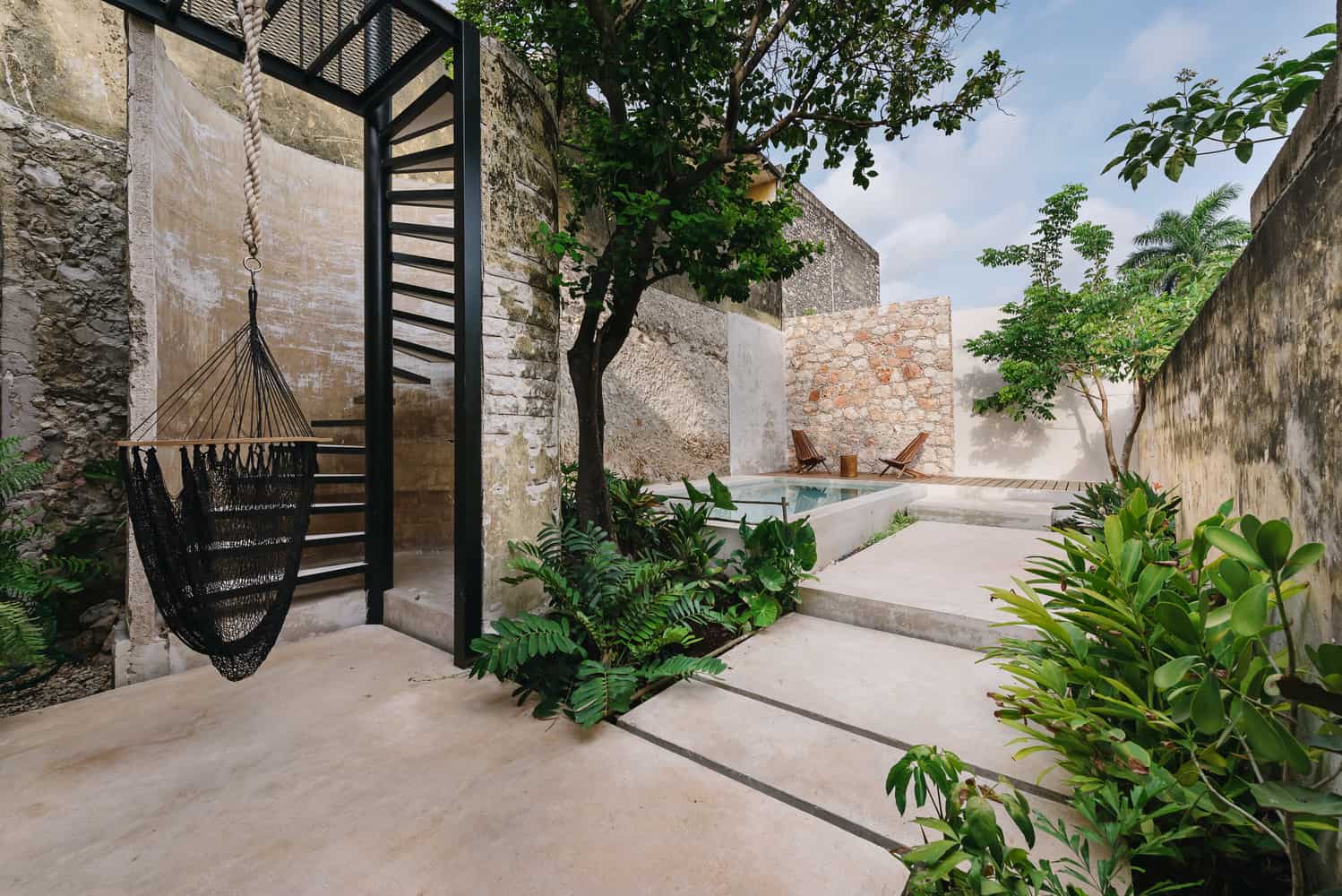 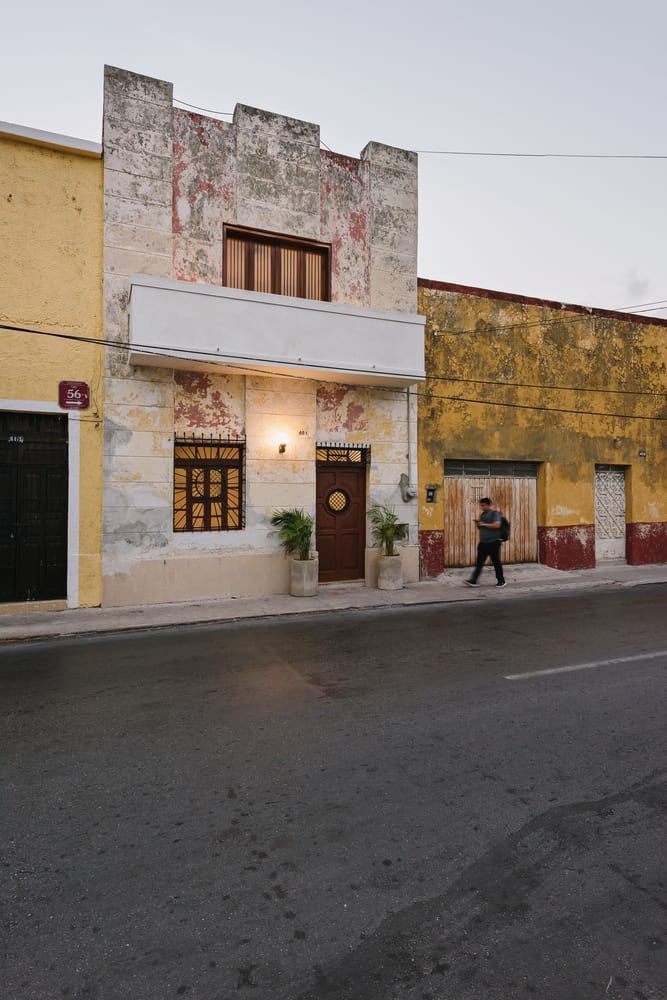 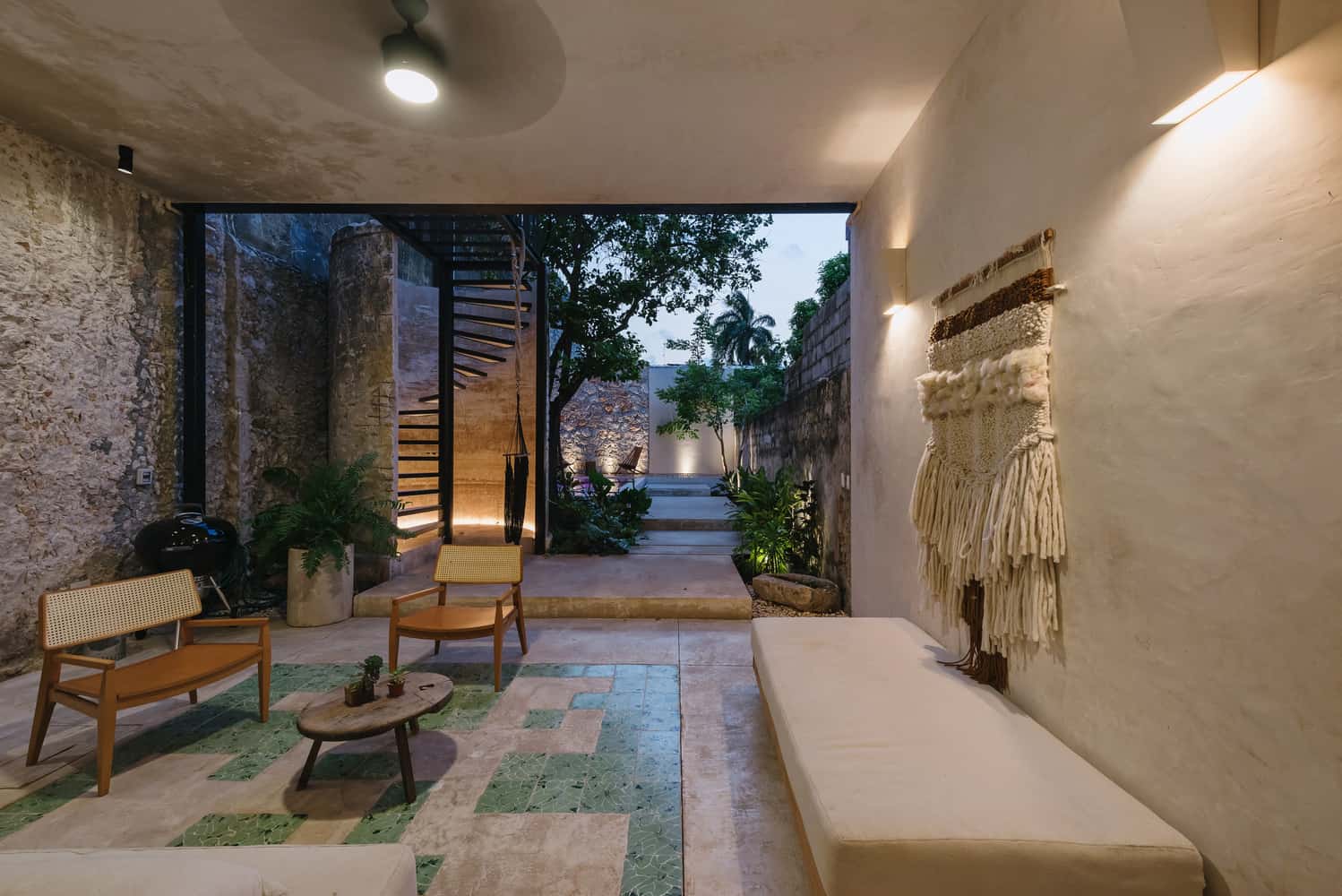 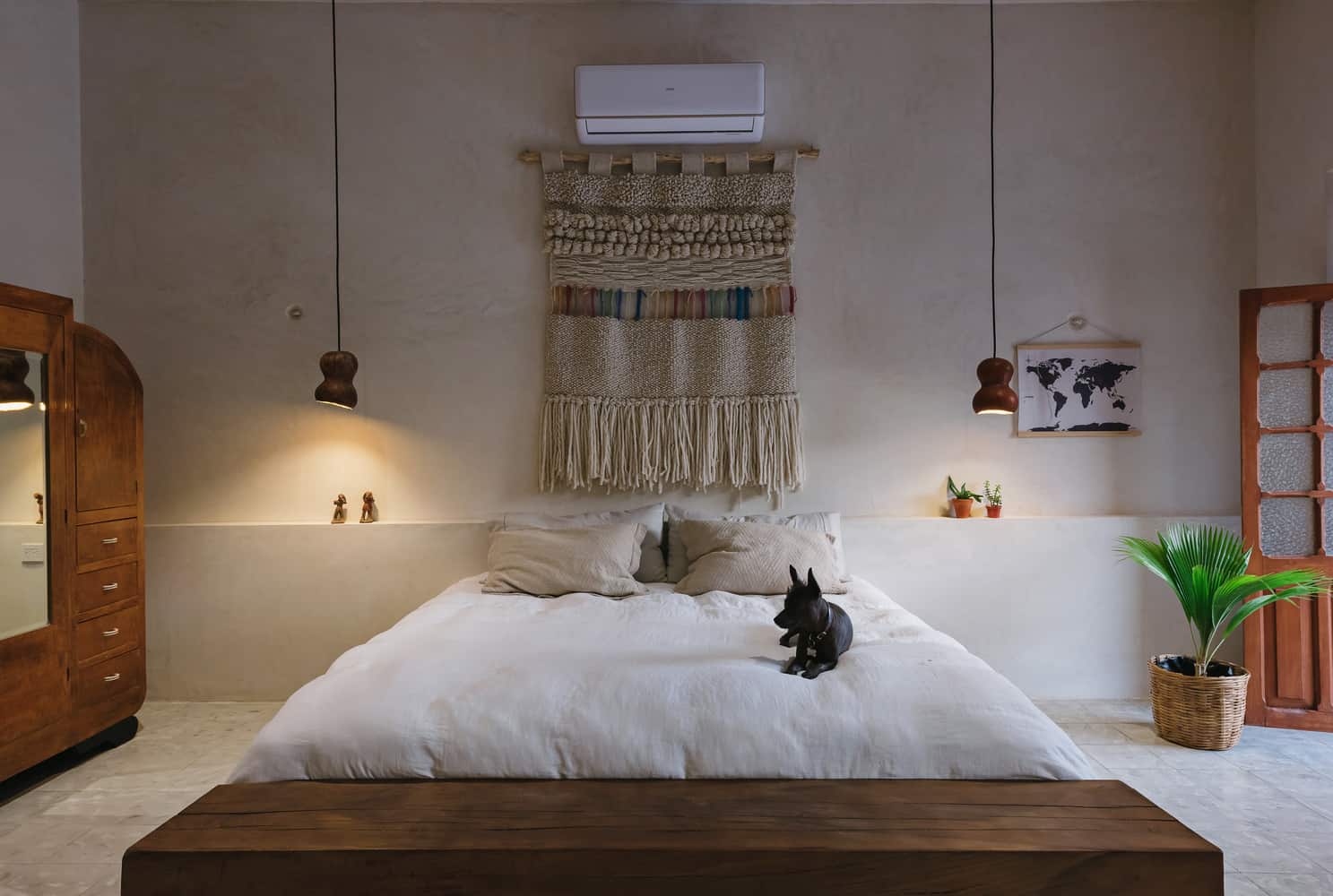 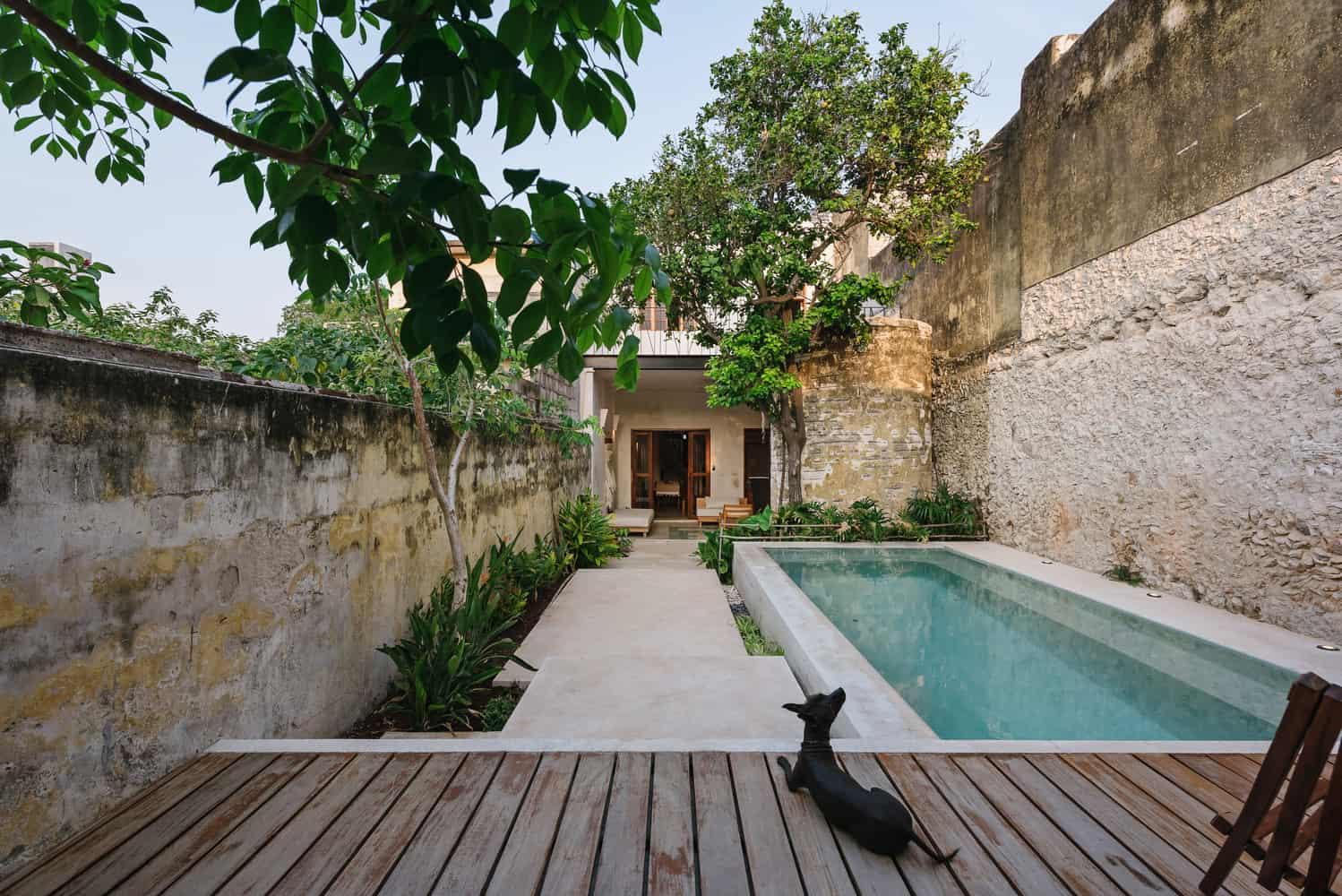 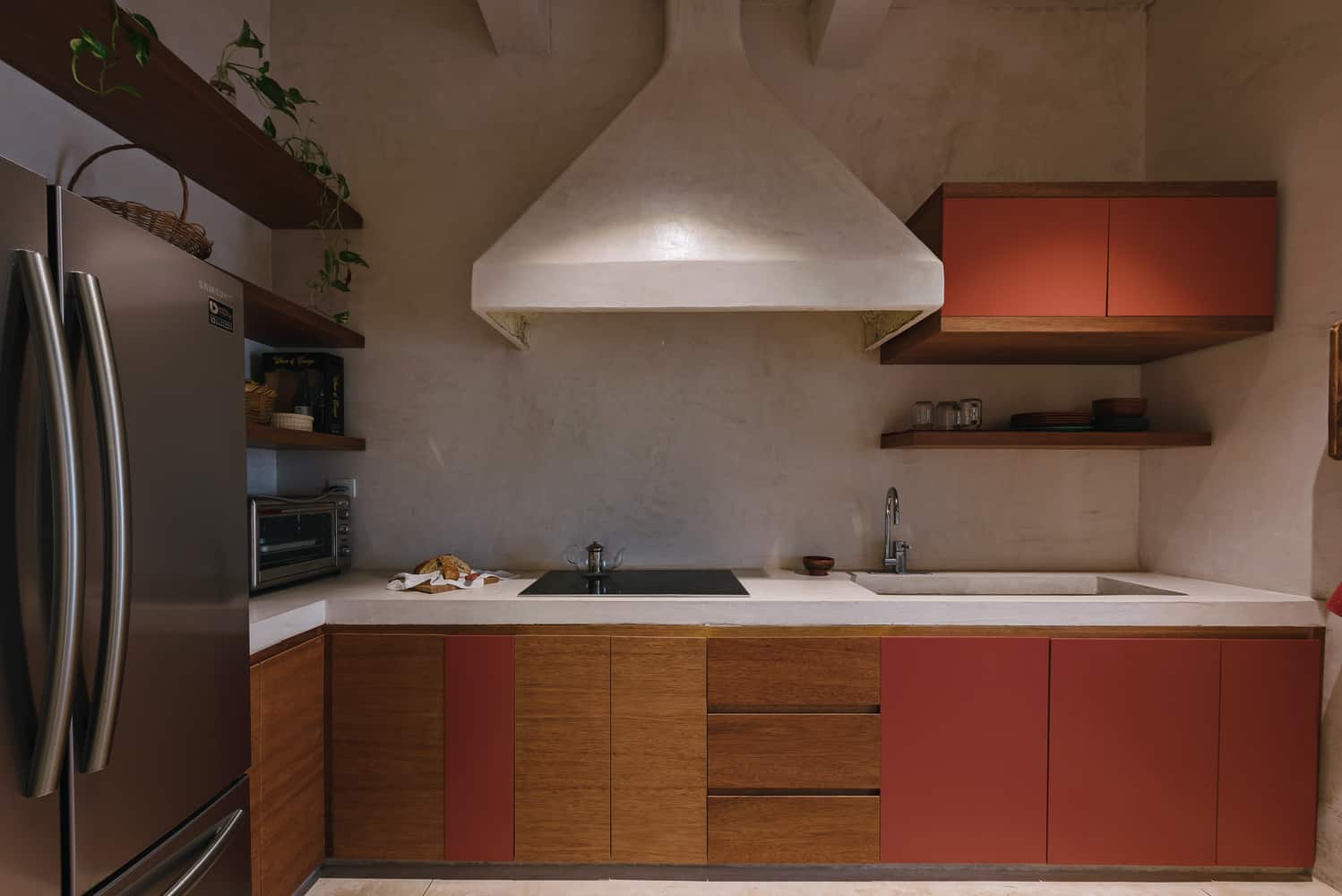 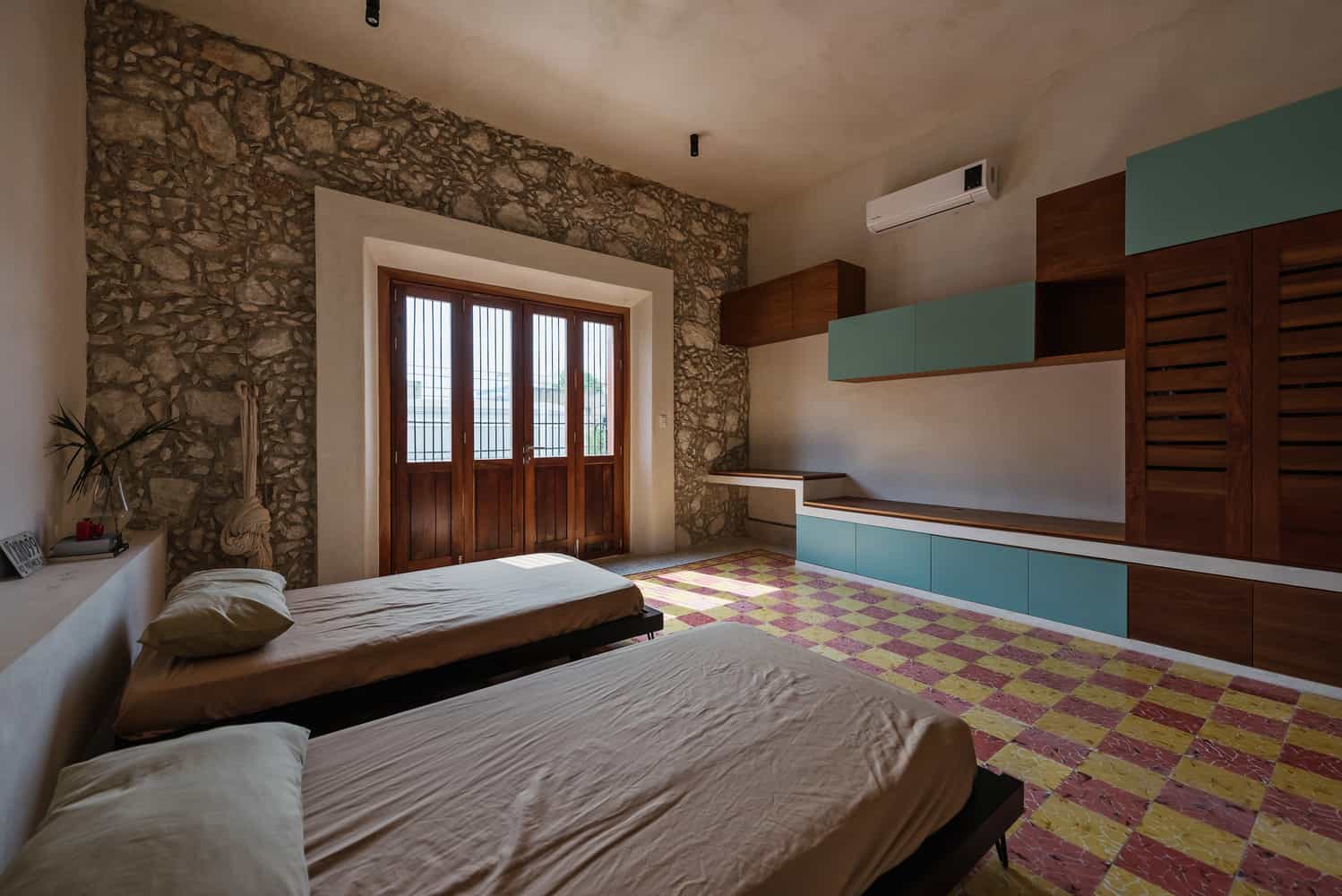 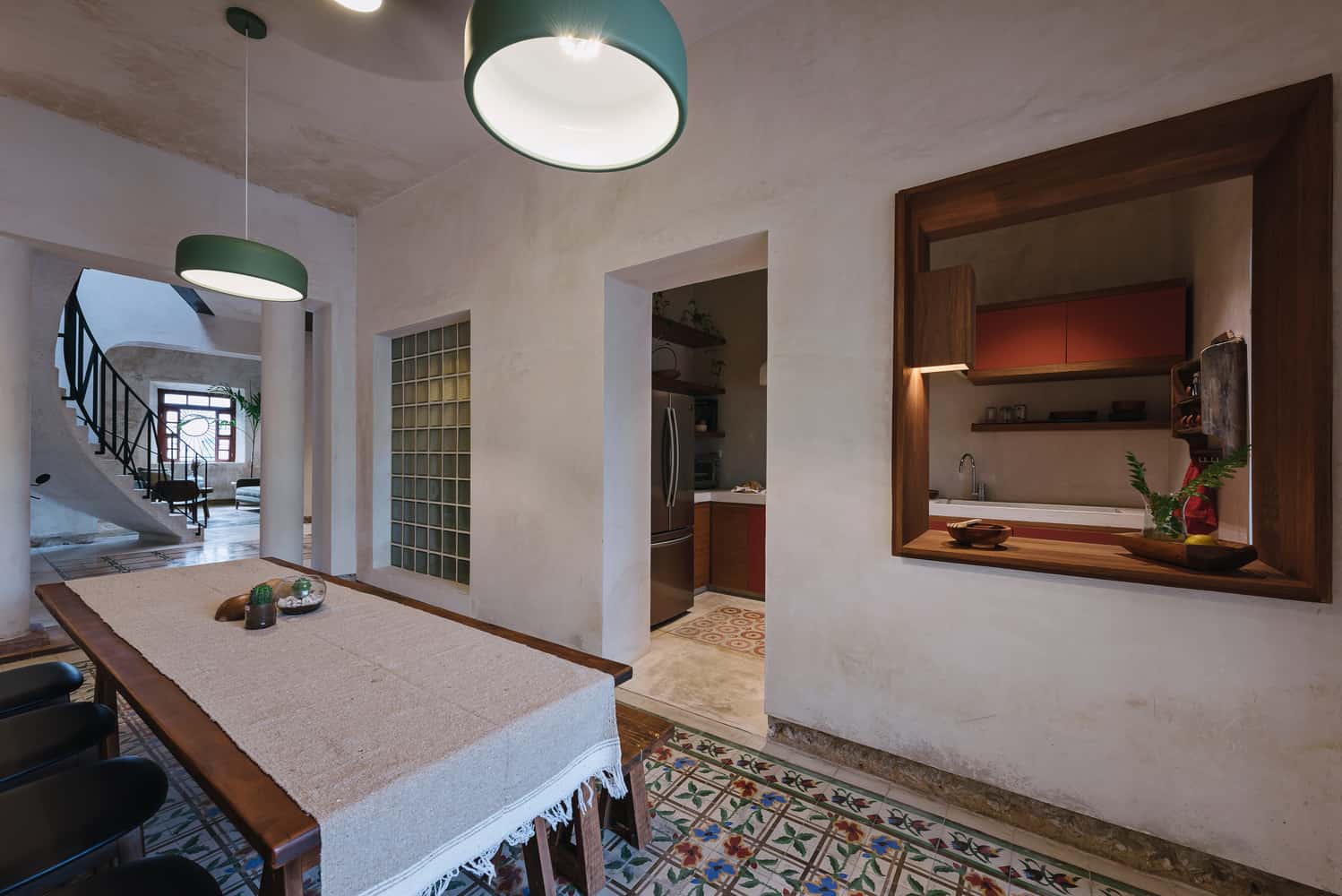 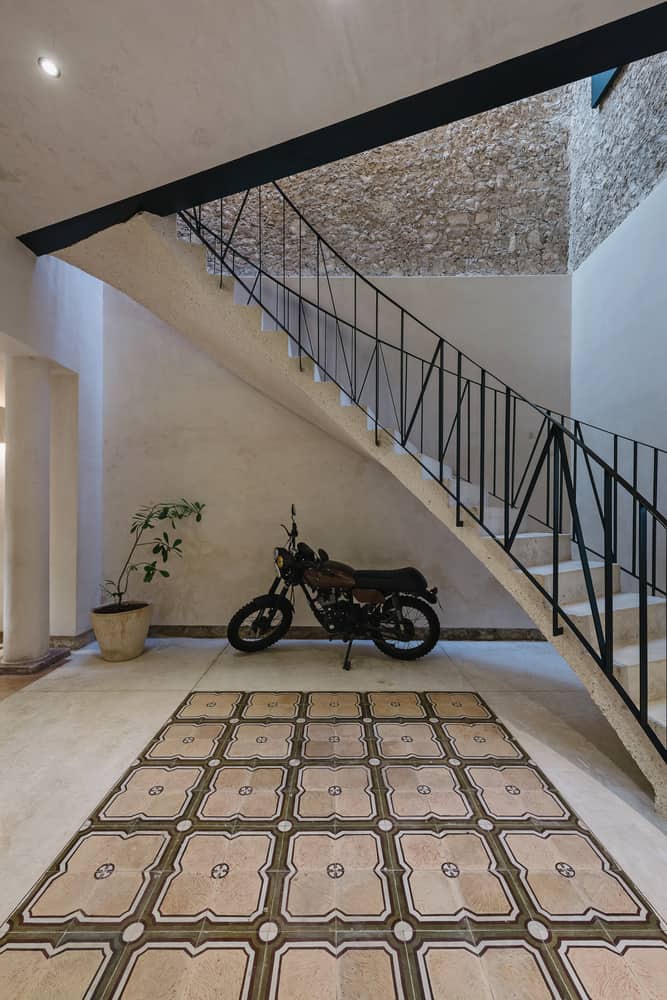 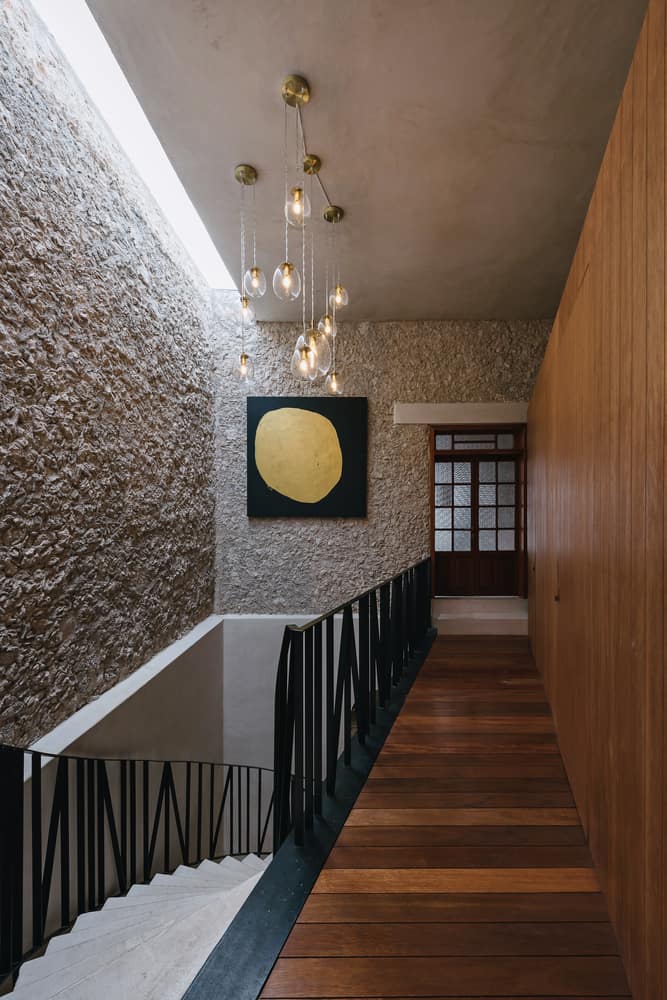 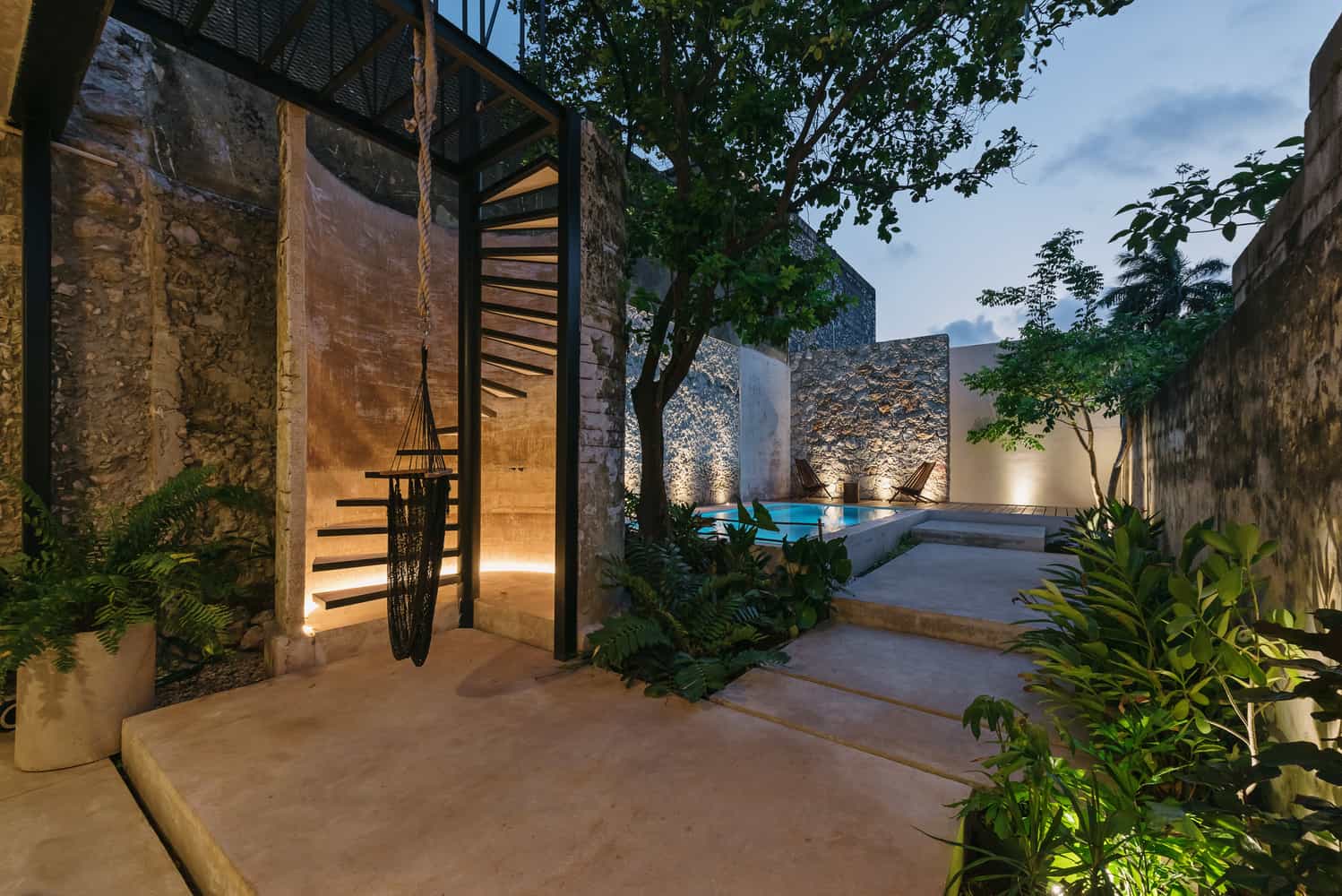 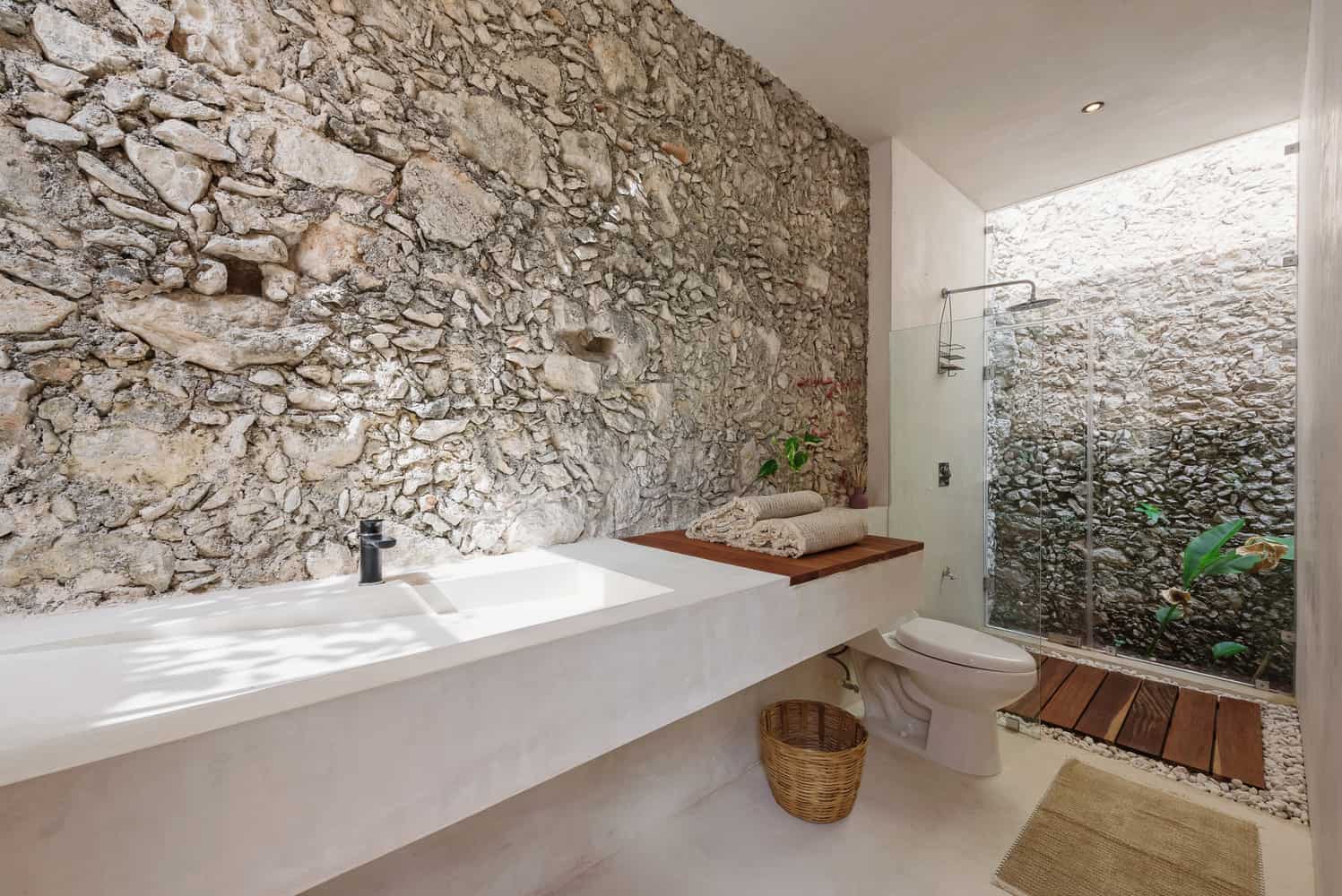 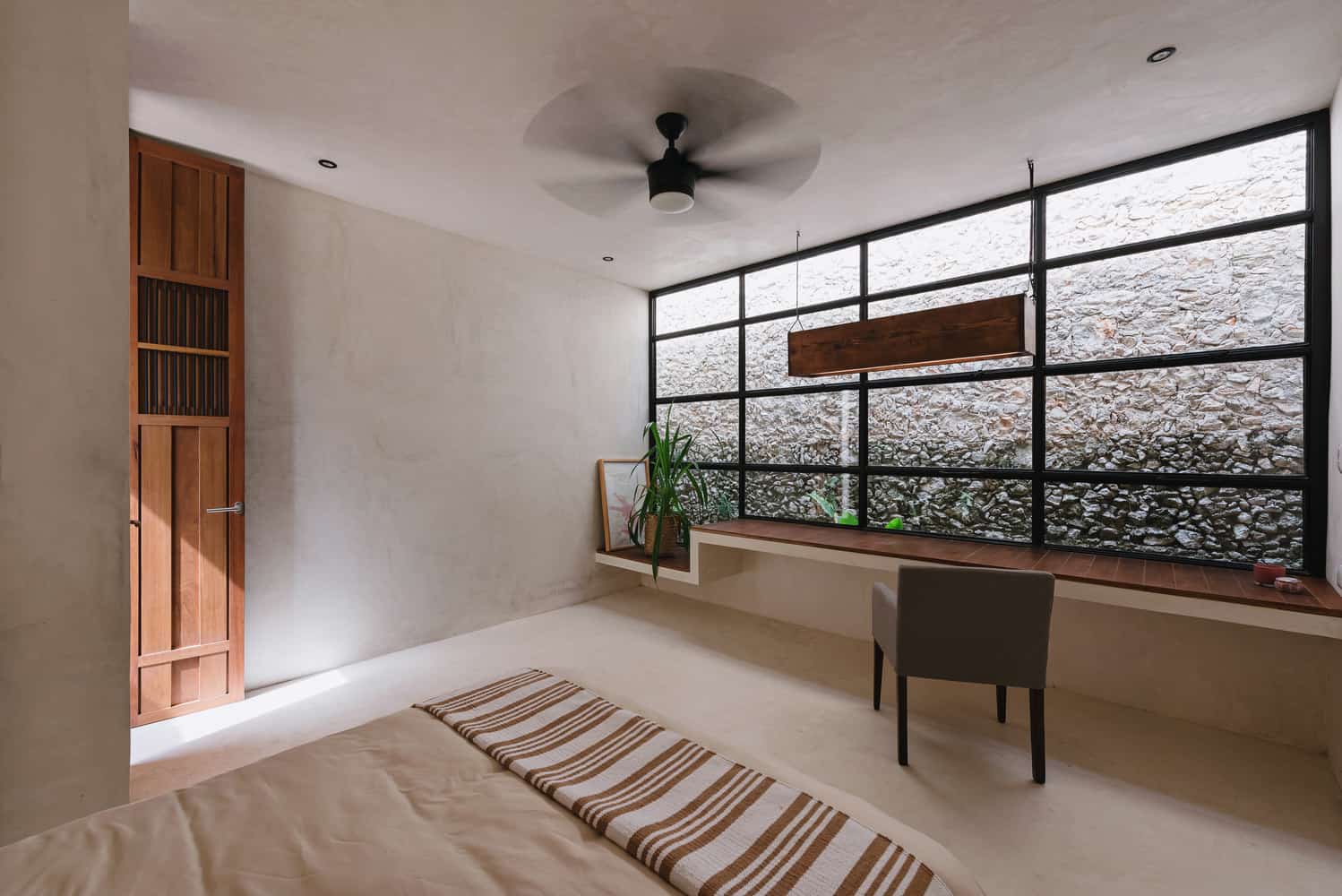 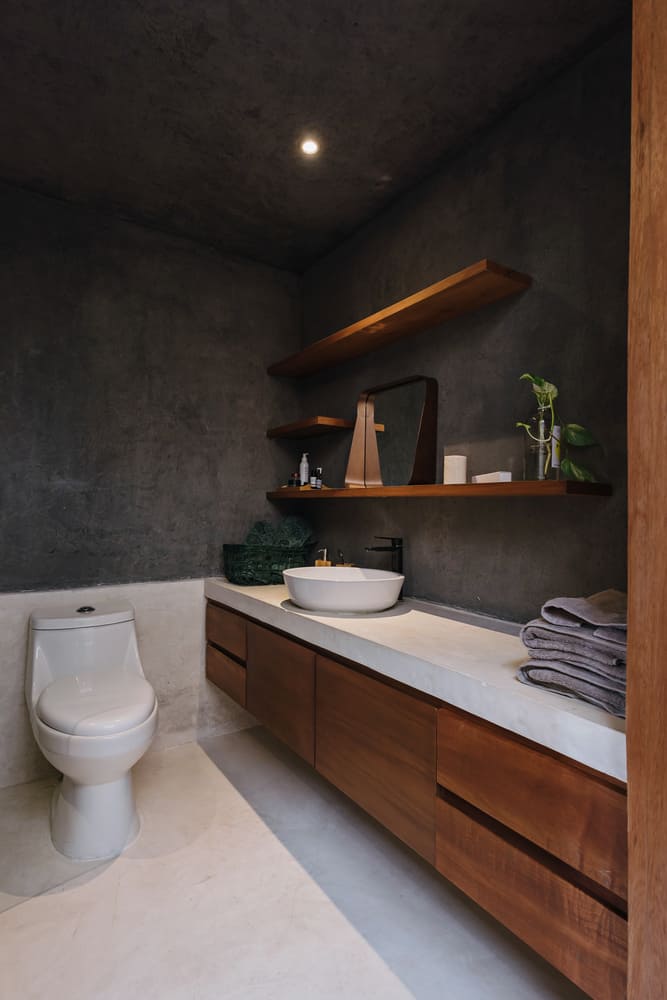 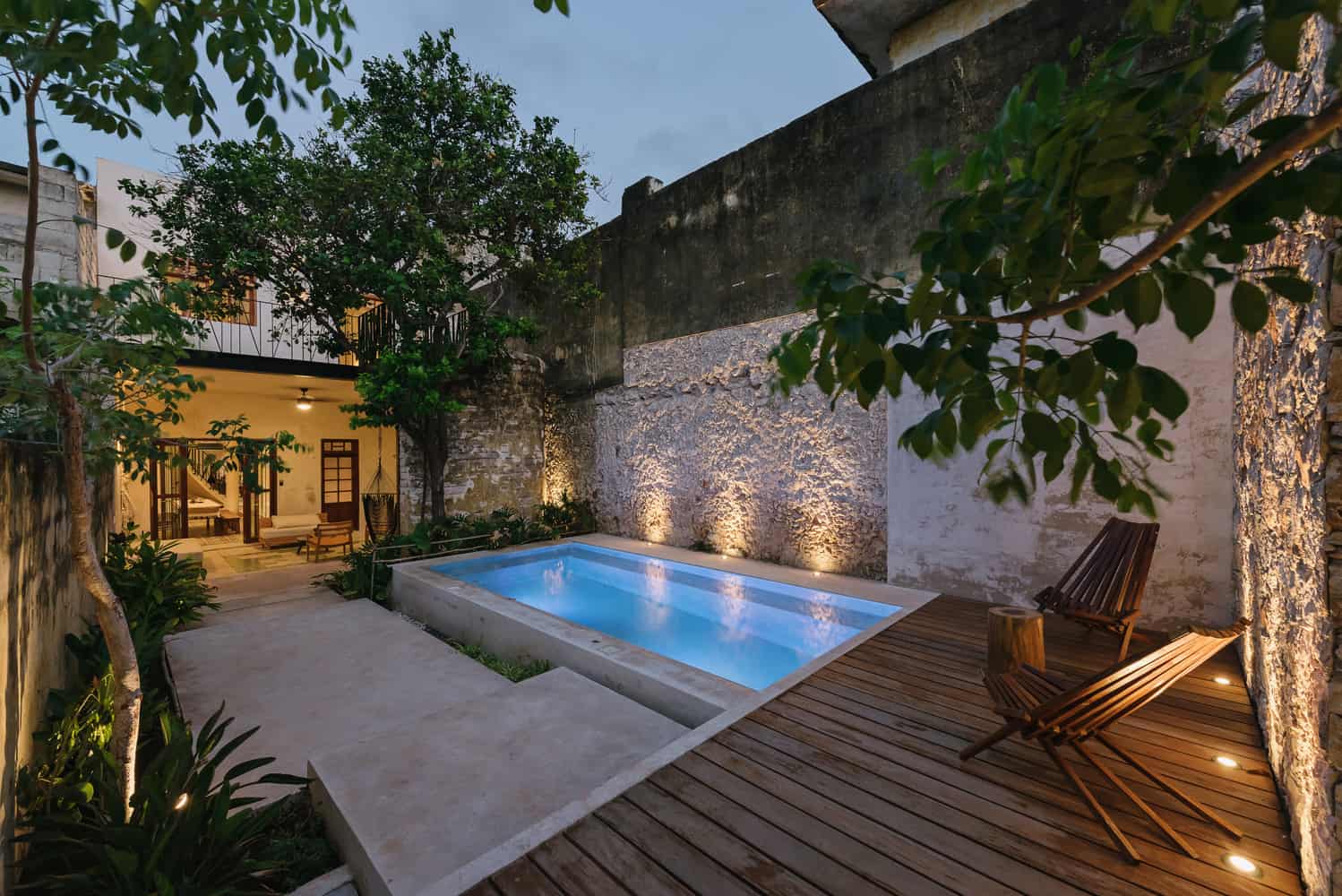 In the middle of the beautifully historic Merida in Mexico, an old house near the landmark rich city centre was recently recovered from its sadly run-down state by forward thinking design teams at Taller Mexicano de Arquitectura and transformed into a breathtaking home with an old-world influenced by modern atmosphere, now called Casa Deco or Deco House.

The project is part of a fairly new but ongoing initiative in the local area on the part of city developers and architects to preserve the fundamentally historic integrity of the downtown core before it’s lost to weathering and lack of care. Rather than abolishing crumbled older buildings like many city centres do in order to replace them with new ones, designers and building teams are encouraged to make over and repurpose the old buildings where they standing, doing their best to preserve their style and cultural visuals and thereby keeping the city accurate to its history.

Deco House is actually one of the few houses in the area that actually already had the very traditional architectural style of the name it now bears, although this wasn’t always the case. A brief research of the building reveals that it initially was not created in this local style but that its facade was remodelled in the style once upon a time in a much earlier attempt to make the building resemble the local historical cityscape a little better, long before its interior was neglected and its exterior began to whether almost severely.

Rather than go back to its unmatched roots or change the facade to something entirely different, designers for the current project opted to lean into the home’s slightly unconventional history and adapt the building as though it was always rooted in the world of deco architecture and design. Since the style is typical of the area anyways, the team felt they were simply refining a previous attempt to inject some historically accurate culture into a street-scape where it was originally sadly lacking.

Now, the project is a merging place for traditional architecture and more modernized downtown living. It’s a place where all of the amenities of contemporary living can be found amidst details and decor that hearken back to more culturally and historically accurate visuals, colours, materiality, and patterns. Luxuries are integrated without sacrificing any of the originally transformed elements that made the building into a nouveau deco home in the first place.

To pull all of this off, design teams had to carefully balance and reinterpret each space in the house in order to make a newly renovated dwelling while still preserving the historical integrity of what already stood there. Of particular importance in their plan were the backyard, balconies, and terraces. These were spots that already bore a particularly stylish visual nature and good function all at once so, besides the addition of a beautiful pool, they did not need to be overhauled quite as extensively.

Other parts of the house, however, were slightly too antiquated in their function to be left as untouched as the previously mentioned outdoor spaces were. Designers kept the goal of preserving historical character at the forefront of all plans, which decor schemes and materiality were key aspects of achieving, but they still modernized and streamlined interior spaces like the bathrooms and kitchen to give the home all the convenience a modern family needs.

Some things in the house like the central winding staircase, were built entirely new for practicality, where things in the original untouched building were lacking initially, but were meticulously recreated from typical local designs that would have been historically accurate had they been included in the initial building process. This further contributes to the unique and winding nature of how the house blends aspects that are old and new, and which pieces of the house fit into which category.

Perhaps the best example of what kinds of historical and original pieces were preserved is the stone walls, where the original masonry of the house from before even its first and already outdated deco inspired remodelling can still be seen well. Designers manipulated the level and location of natural light in other parts of the house that they did overhaul in order to draw attention to things like the natural changes in colour and texture within these untouched original features.

In places where new interior structures were built, designers worked in locally sourced and repurposed timber with a natural stain, keeping things accurate and complementing the historical nature of the building while still updating the space for both function and style all at once. Even in spots where more modern joys like hammocks and artistic furniture were included, colour schemes were kept accurate to the era of the home’s origin. One notable variance is the beautifully hand painted tile floor in the dining room, where pops of colour show proudly through. This piece was created by a local artist who, though current, works in styles that have long been part of local tradition.